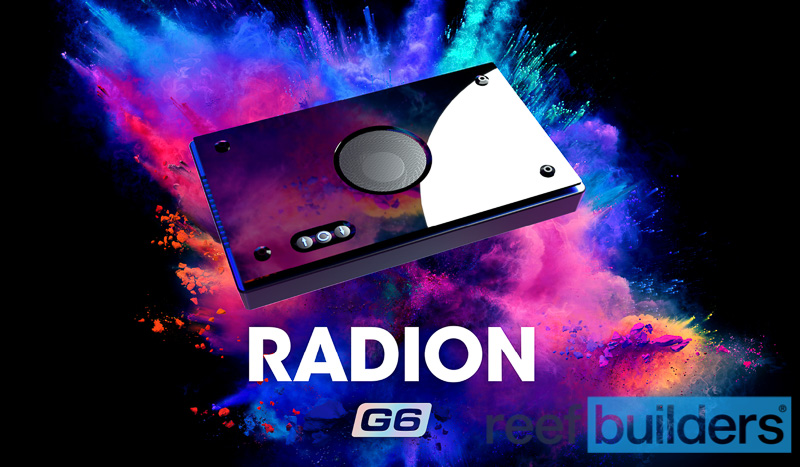 The Radion G6 is the newest bleeding edge, flagship LED reef aquarium light from Ecotech Marine which will be formally announced early next week. It’s only been a scant two years since Ecotech Marine raised the bar for performance, efficiency, color, and controllability with the Radion G5 which nearly doubled the number of LEDs in its powerful, tunable light engine so we are curious to learn how Ecotech made their best even better. 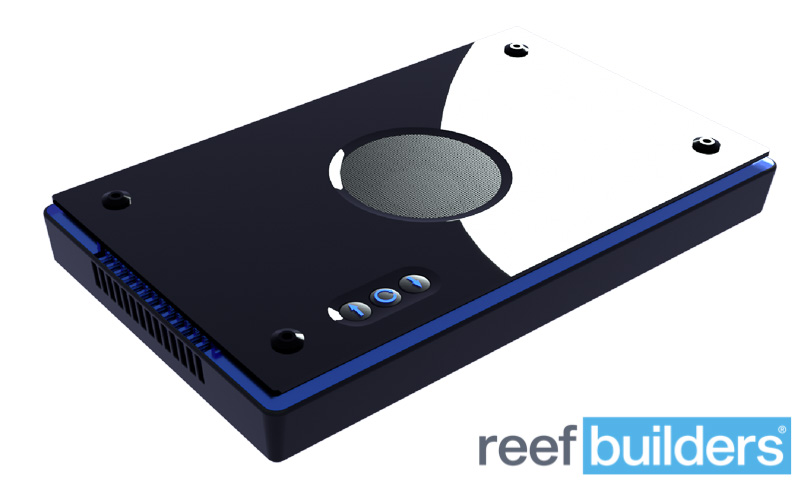 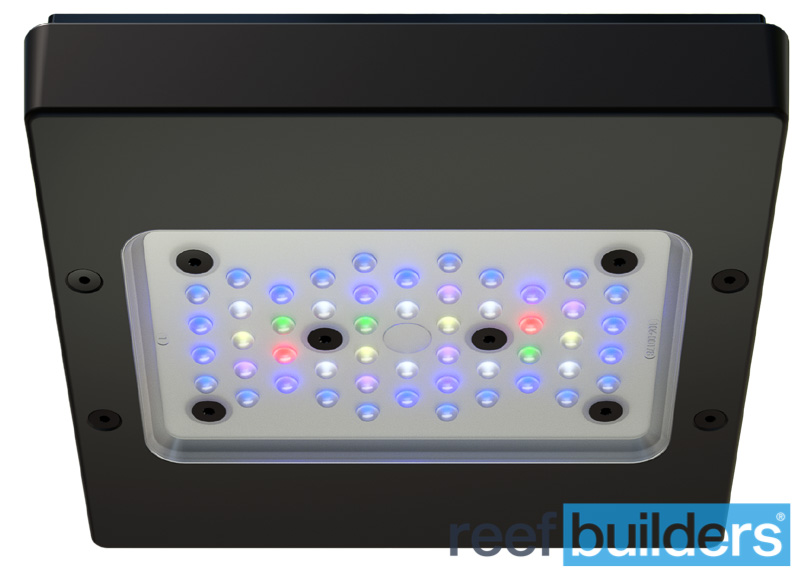 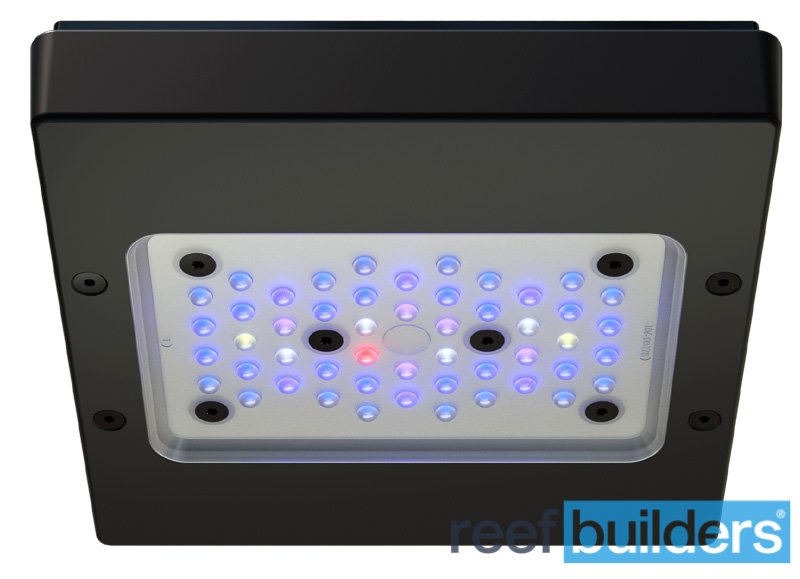 The most obvious change between the Radion G5 and the yet to be announced Radion G6 is a noticeable tweaking of the overall spectrum to offer users the ability to tune their lights to be more and deeper blue in both models. The Radion G6 Pro and Blue now include more near-UV LEDs of the 405nm & 415nm variety, the number of violet LEDs (now called 430nm) has doubled and new to the Radion G6 platform is the introduction of deeper 395nm near UV LEDs with four diodes of each in the Radion G6 Pro and Blue.
More specifically the Radion G6 Pro loses 30% of its cool white LEDs and gains a touch more of the warm white LEDs – the cool whites were always more than sufficient for giving the Radions all the nutritious PAR to grow the most light-hungry corals, while the buffing of the warm white channel should introduce even more balance to the blue-heavy spectrum and hopefully give more color rendition to pink chromoproteins of popular Pocilloporids such as Stylophora, Seriatopora and Pocillopora.

Meanwhile the Radion G6 Blue edition is likely to be a real sweet spot among contemporary reefers with the most comprehensive blue light….Source

lol there was a thread this week asking about when ecotech would do a refresh and everyone was like not anytime soon.... so much for that

afrokobe said:
lol there was a thread this week asking about when ecotech would do a refresh and everyone was like not anytime soon.... so much for that
Click to expand...

Ha! Yep, I saw that as well. Still no mention of WiFi though.

afrokobe said:
lol there was a thread this week asking about when ecotech would do a refresh and everyone was like not anytime soon.... so much for that
Click to expand...

Yup this is interesting.

I wonder if the fan still sounds like my wife drying her hair in the morning?
1

G5 will stay with same price so new lights will be 1200 dollars .lol

An official announcement about the Radion G6 is expected from Ecotech Marine early next week and the Radion G6 XR15 and XR30 will still be priced at $499 and $949 respectively.
Click to expand...

No wonder they had a sale recently

ninjamyst said:
No wonder they had a sale recently
Click to expand...

Yup! I fell for it and of course I opened my light to inspect thus costing me a 10% restocking fee if/when i return.
M

The extra spread sounds interesting. Wish it had wifi.
One of the only complaints I saw about the G5 was the green hue, which it seems they are directly addressing here.

seems like a G5.5, which is good for me who is just getting ready to buy lights.

I like their lights even though I'm seriously considering selling my G5's for some SKY's. They're starting to sound like Samsung/Apple with their products...ugh. They could at least come out with a decent app that works via Wi-Fi instead of some standard Bluetooth!!

I was hoping they would increase the spectrum in the other direction, not the UV range. I don't think reef tanks are needing more shorter wavelength colors.
T

Also shout out to companies like ecotech who make this hobby more exclusive and difficult for people without a ton of money to have decent products. Can't wait to see what new product I can't afford!
Last edited: May 11, 2022
R

Ya know when I got the G5 Blue I was disappointed at the lack of blue in the UV spectrum. I had a much less expensive light that actually made the corals pop more so I ended up keeping the cheap light and leaving it on to alter the spectrum slightly more blue.

Growth was good, but I really wasn't happy with the spectrum. I'm glad they are fixing it, but I'm not about to pony up another $500 right now. even $199 for an upgrade is tempting, but still a big chunk to change it out.

I also hope the new lights work better with the app. Mine loses its mind every couple months and I have to reconnect!
Last edited: May 11, 2022

As long as it’s still a mobius only platform I’ll stick with my G4’s!