This tank has been up and running since June 20th. Figured I would start a build thread.

Been keeping fish for 40 years. Mostly Freshwater. I've been out of the saltwater/reef side of the hobby for about 16 years. Been thinking about starting up a reef tank for a few years and decided to finally bite the bullet while visiting an LFS.

Found a good deal on a used Red sea max nano. The previous owner scratched the hell out of the glass. I decided to buy it regardless and figured if this goes well, I'll start a larger tank.

While traveling home after picking up the tank, I was notified that I won a coral giveaway that I had entered on Facebook. Why did I enter the giveaway if I didn't have a tank setup? I never win anything! Lol. I had planned on taking my time getting the tank going. So now I have to step things up a notch because I had to take delivery of the corals that week.

Stopped at petco and got a bag of caribsea pink fiji sand and a bottle of biospira on the way home. Got home, unloaded tank and started getting it set up. Ran out to a local reef shop and got 4lbs of cured live rock.

That Wednesday, the day before the corals arrived, I tested nitrate and phosphate. I forget what the nitrate reading was, but it was somewhere around 10-15ppm. Phosphate was around .25. Did a large water change.

While examining the tank I noticed a few polyps emerging on one of the pieces of live rock that I bought. Next day I saw more. Turns out that 1 of the pieces of live rock was encrusted with GSP that had died back and was now recovering. I separated that rock from the rest as I didn't want the GSP to take over the entire tank. I had planned on getting some GSP to put on the back glass, so I'll let it grow for a bit. Eventually I'll frag off a piece and attach it to the back glass.

Since then I have added quite a few other frags. Two young fancy Snowflake Clownfish were added around the 2 week mark.

I've been doing regular water changes every week. I was doing 10% wc's, but I had a diatom outbreak and the tank was starting to smell fishy. I started doing 5 gallon water changes and the algae went away. Nitrates have been kept at around 2.5ppm and with the help of phosban, phosphates have been under .05ppm. I use carbon and purigen in the filter as well.

I've been adding All for reef to manage alkalinity. I also add some red sea AB+ a couple times a week. Started dosing live phytoplankton daily and feed reef roids once or twice a week.

Using instant ocean salt because it's cheap and seems to work well.

Most of the corals are doing great. Have a couple of zoas that aren't doing so well. Trying to bring them around.

Coraline algae is starting to show up on the dry rock and a few spots on the glass.

Current inhabitants:
Red Acan colony
2 head rainbow acan
Hammer
14 types of zoas and a couple more on their way.
4 types of mushrooms
Purple goniopora and a red one on its way.
Teal pocilliopora (doing great) had for 2 weeks now.
A branching stylophora (doing great) 2 weeks
Rainbow montipora ( lost color and found a couple of montipora eating nudis on it) haven't seen any more nudis for over a week.
Have a couple of favia, monipora digitata and an Acan Echinata on the way. 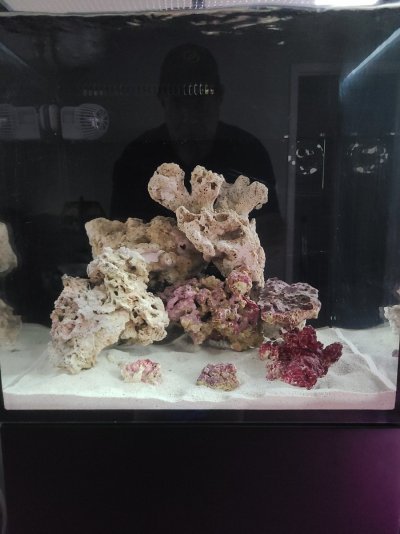 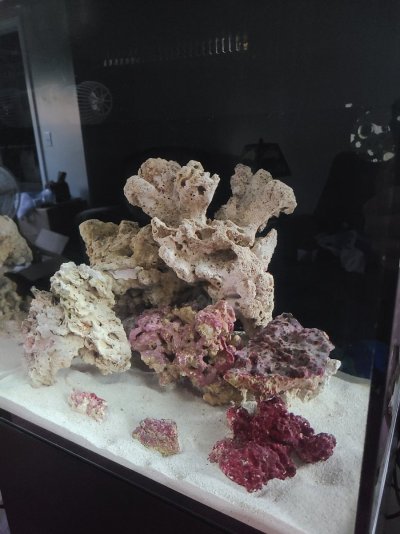 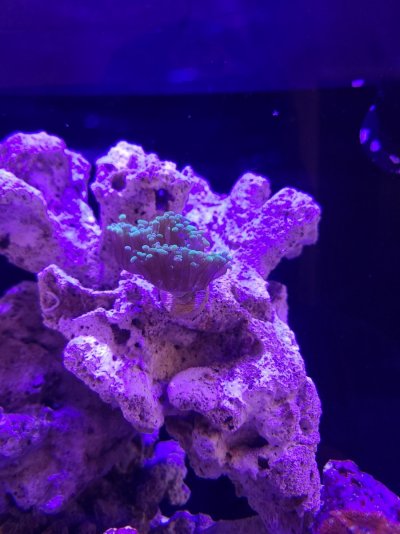 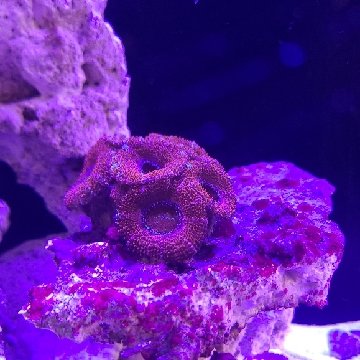 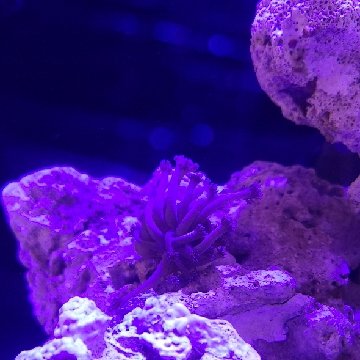 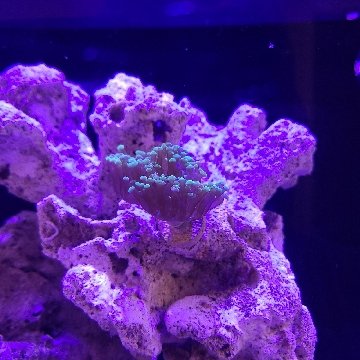 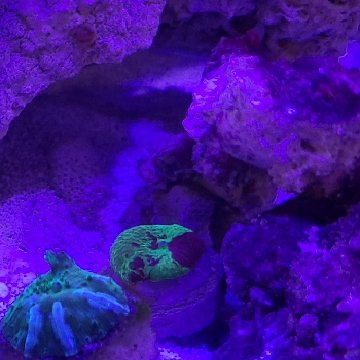 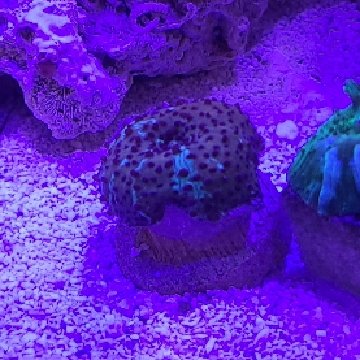 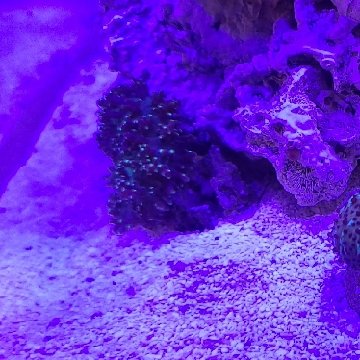 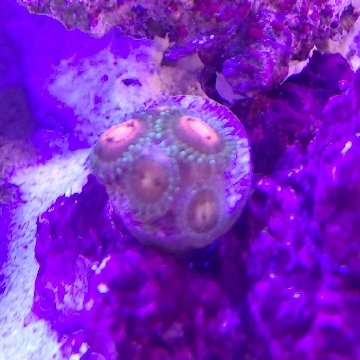 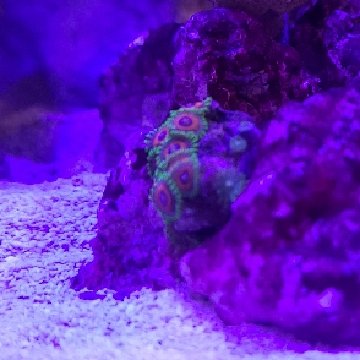 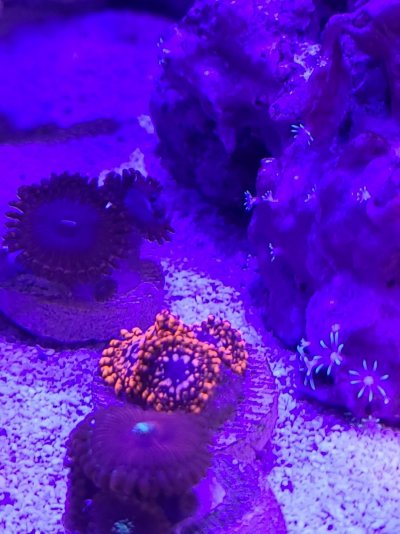 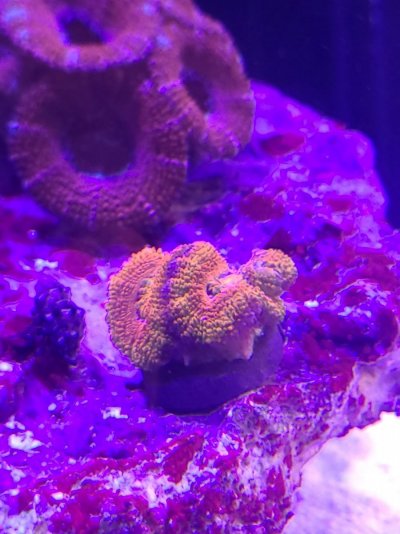 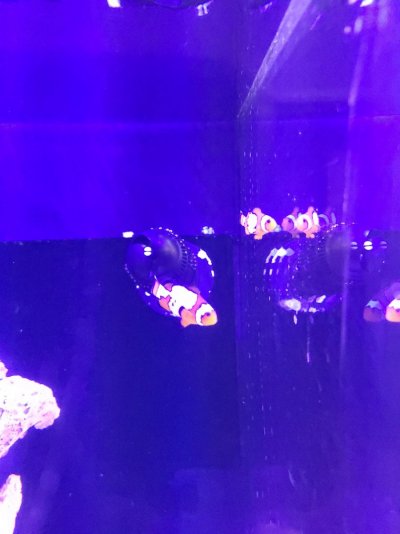 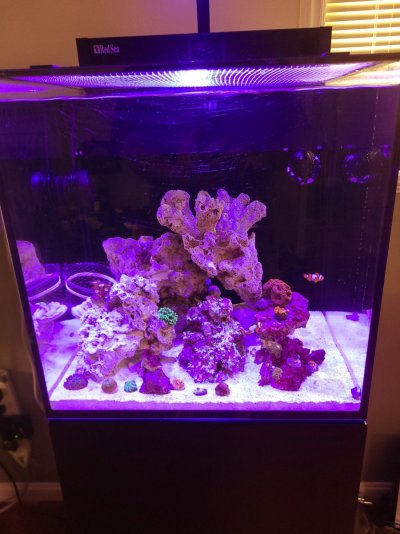 A couple of pics from today.

Looks good to me!

Build Thread My Red Sea Reefer Nano.. (one of the last reefer nano's?!?)