Finally the tank is here! The tank was delivered on Wednesday and installed in less than 30 mins (shout out to my LFS) I complete all of the plumbing myself and that also took less than 30 minutes. RedSea pre glueing many of the pipes is super helpful as all you have to do is put them in the right place and tighten. Seems simple right.....more on that later. 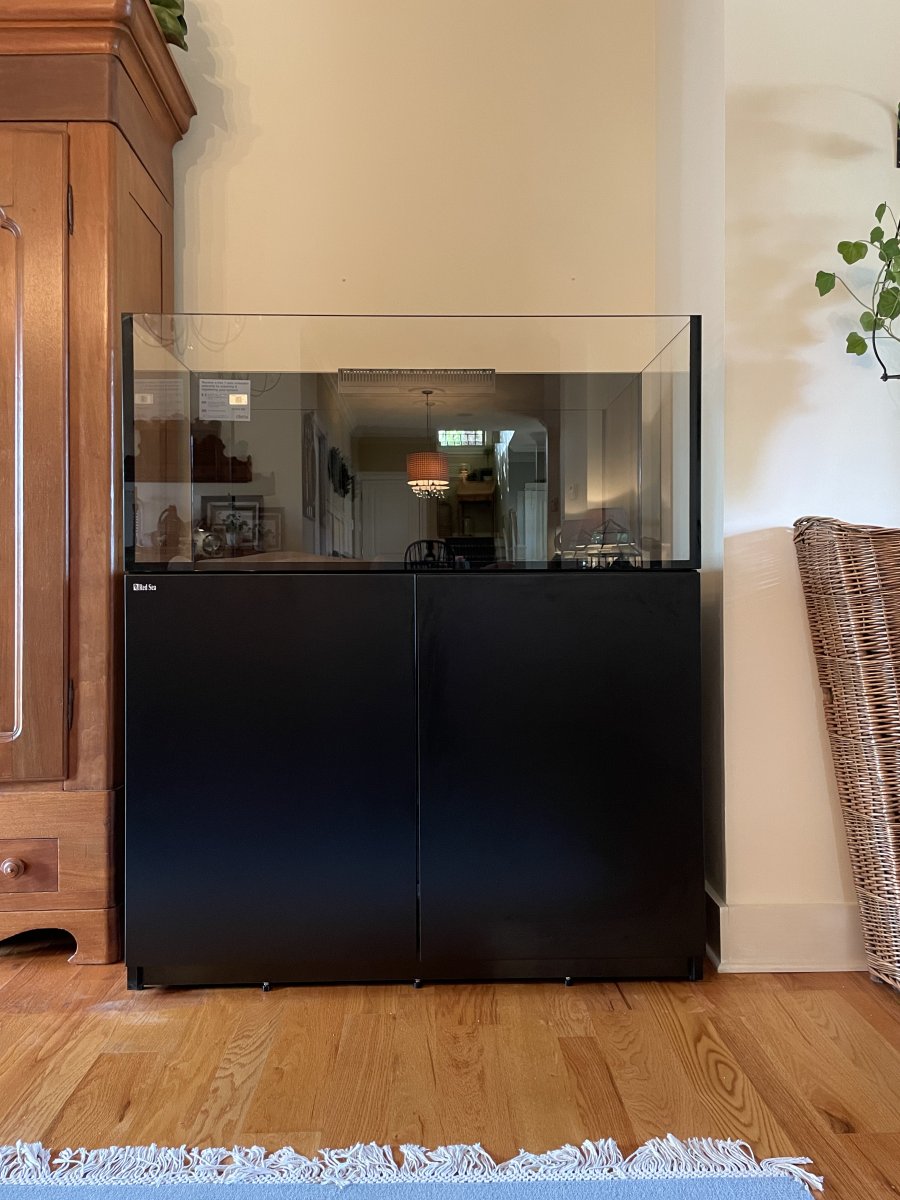 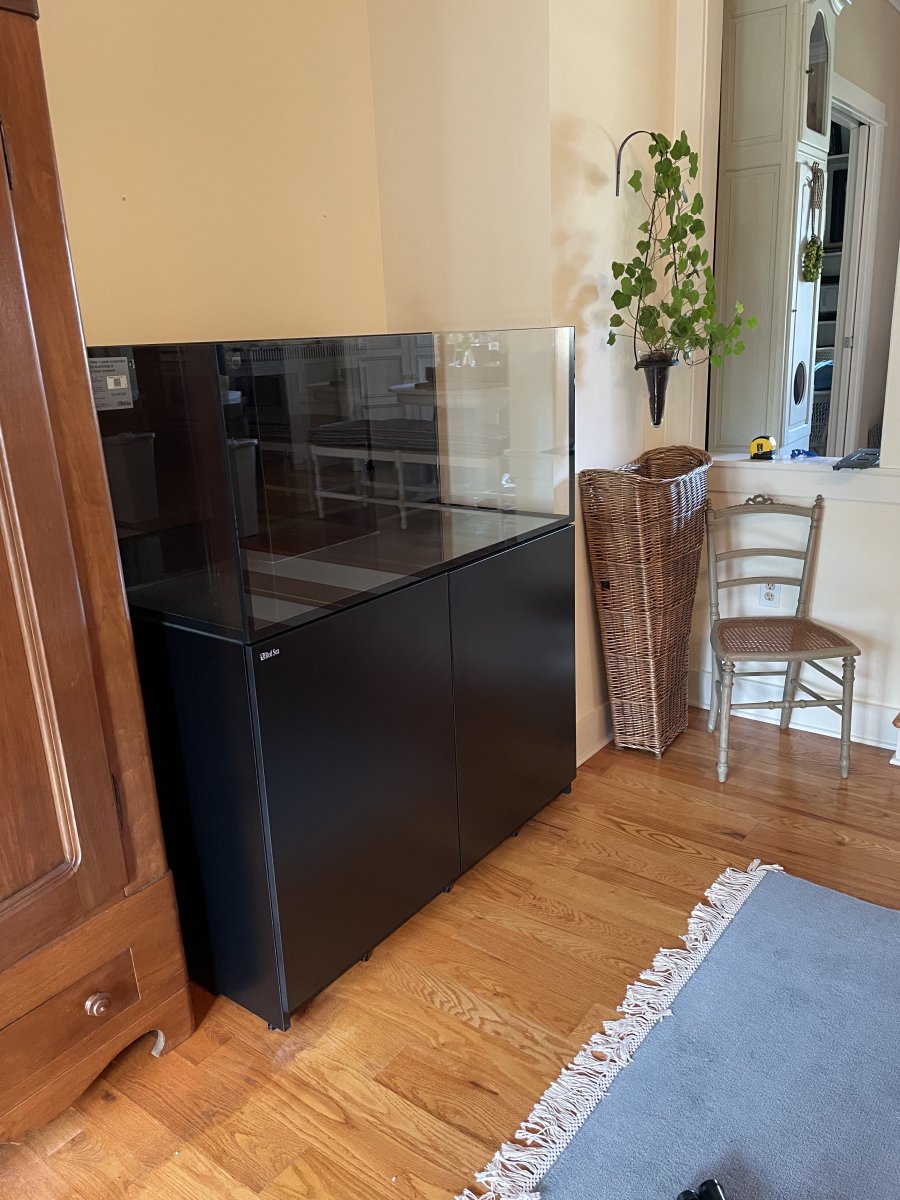 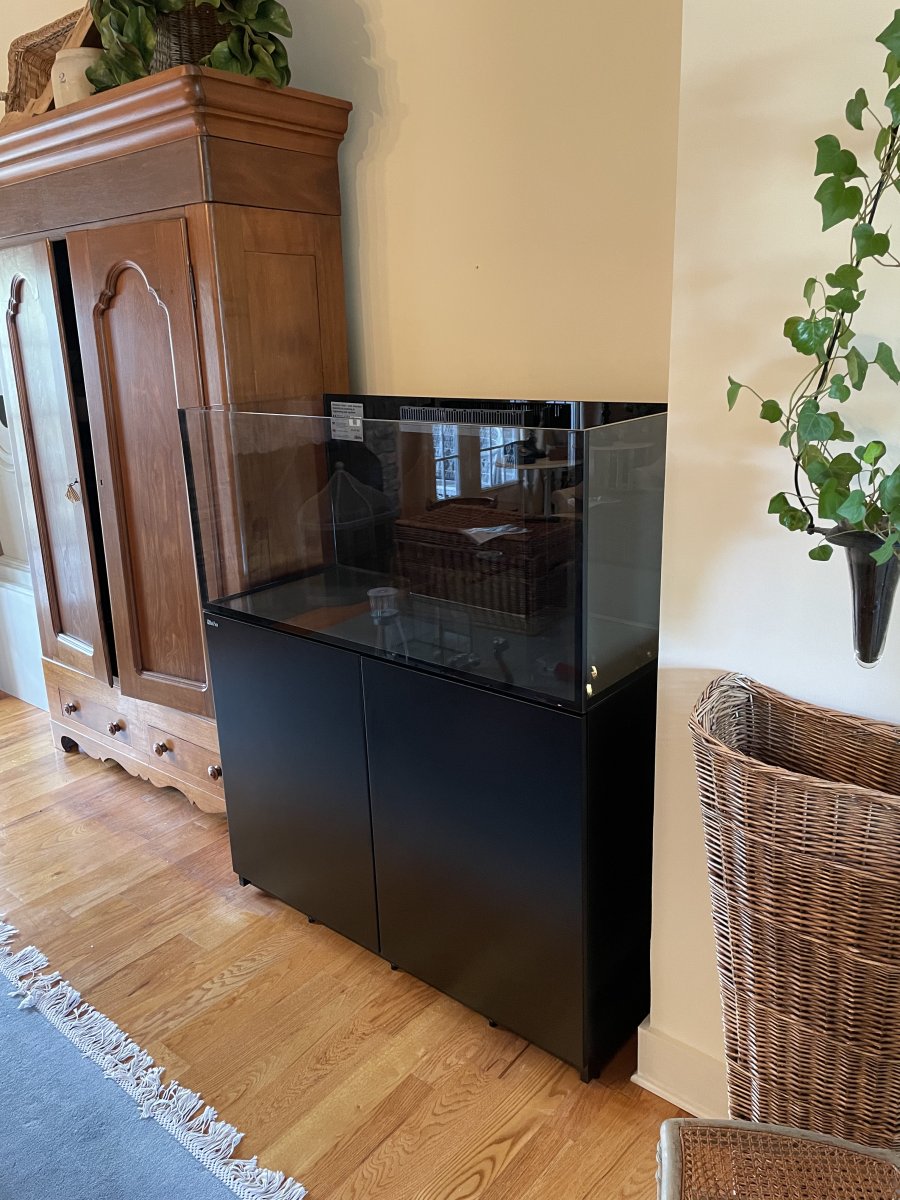 Last night I went ahead and did my leak test and filled up the entire system. NO LEAKS!! But as I was observing the system, I noticed that water was not coming down the pipe with the drain valve but the other pipe. Very confusing until I realized that I installed 2 of the pipes in the overflow box in the opposite places. When I was looking at the instructions initially I didn't realize that at one point the instructions were looking at the tank from the rear. (remember images only, no words on the instructions)
So the water was flowing correctly I just had no way of controlling how much was coming down into the sump making it very loud. So once I drained the overflow box (about 4 gallons) I was able to swap them and all is good with no leaks again.
My LFS told me before hand that if I couldn't figure out the plumbing on my own then I shouldn't have a reef tank 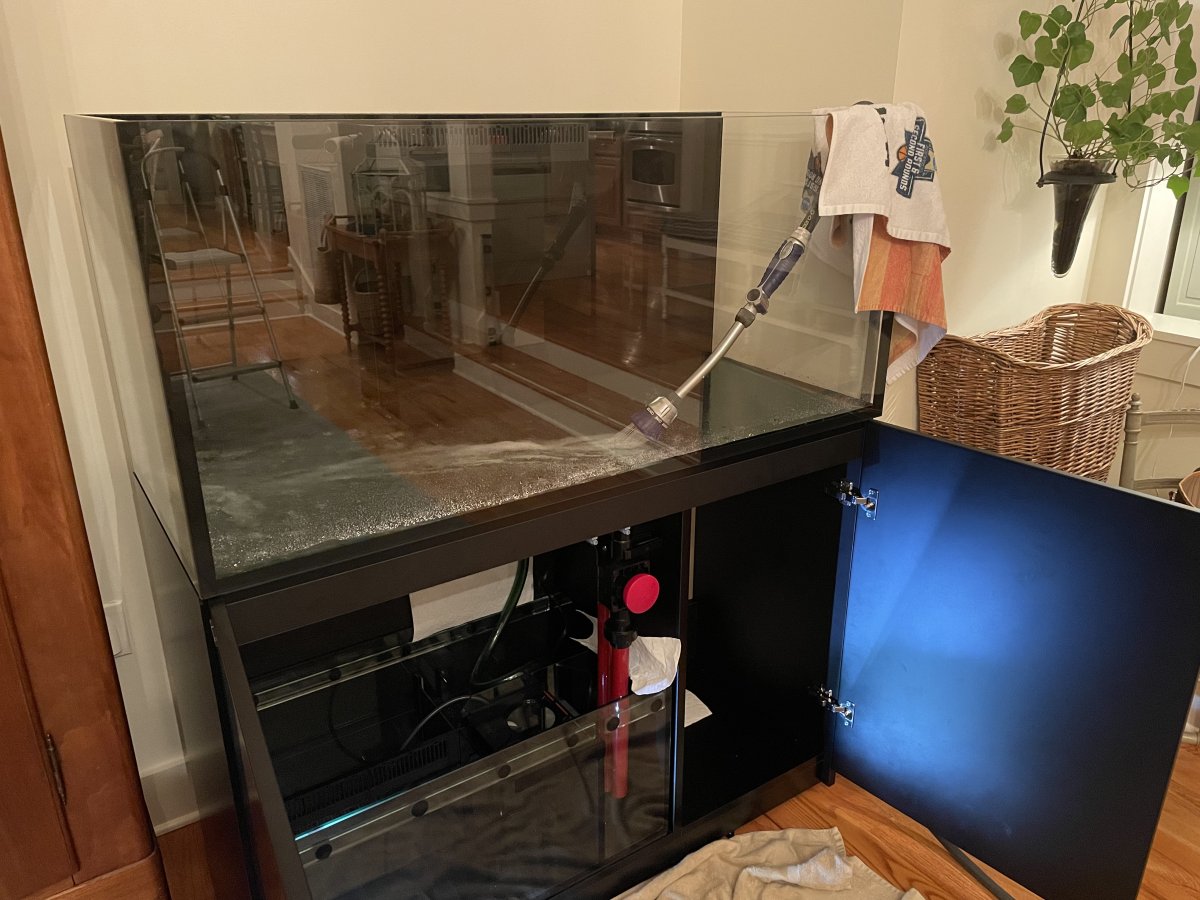 My LFS will deliver my saltwater at the end of next week. Until then, time to secure my rock scape, start putting together some coral packages and order a few fish. I have also decided to go ahead and upgrade to the Hydra 32s (2 for now) so I am also waiting on those to come in.

What are some companies that make good custom lids? I need to get one for my setup but I don't want to break the bank.

BlakeStew said:
What are some companies that make good custom lids? I need to get one for my setup but I don't want to break the bank.
Click to expand...

I have a clearview on my redsea max nano and it's wonderful. They send you the complete lid and it just fits perfectly and seamlessly. ZERO chance of a fish getting out and well worth the price! Check them out.

Edit: Looks like they haven't started making production cuts for the G2 series yet but I suppose you could custom it. Though that would probably cost more than you want to spemd haha

ClearView Lids - The Difference is Clear and the answer is here!

ClearView Lids are designed specifically for your aquarium. Our polycarbonate aquarium lids feature a much more durable design than can be found with acrylic fish tank lids or aluminum frame lids. ClearView Lids are available for popular tanks such as those made by Red Sea, WaterBox, Innovative...
www.clearviewlids.com