Pink Monti with yellow streaks showing which the frag didn't have. 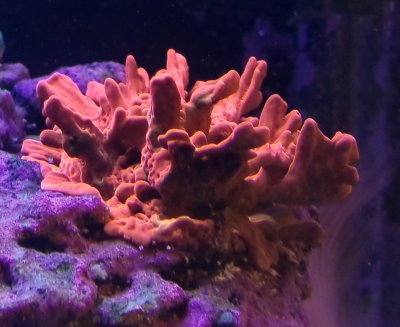 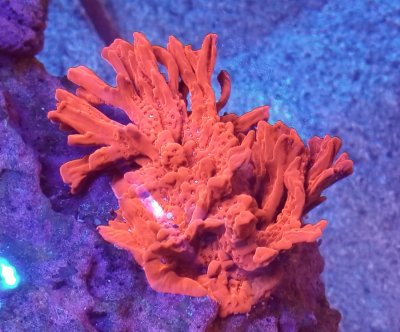 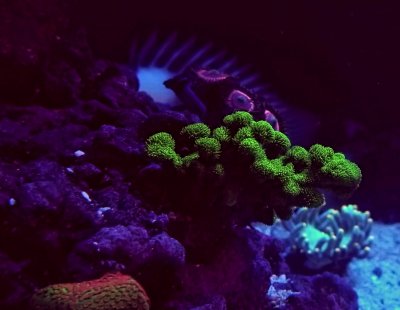 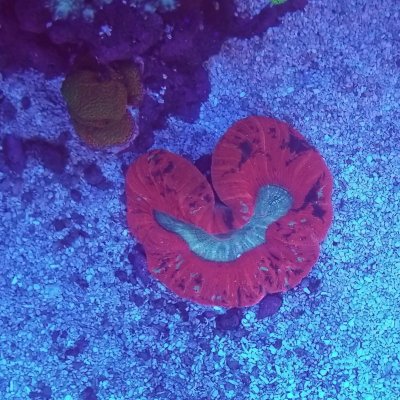 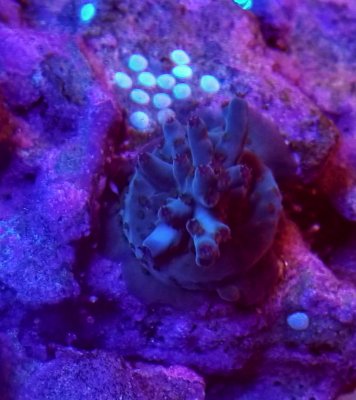 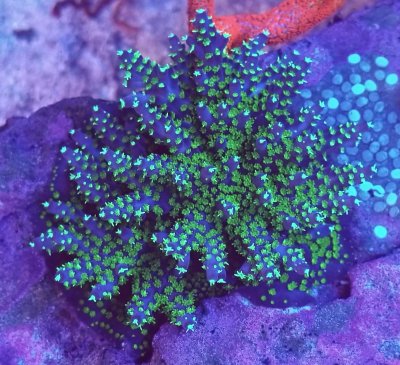 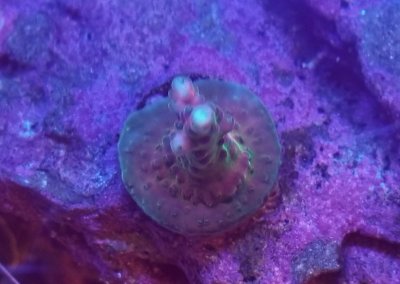 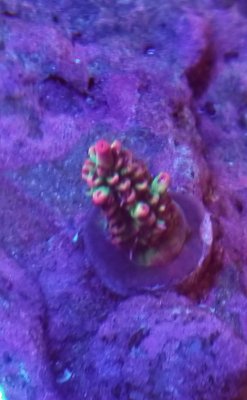 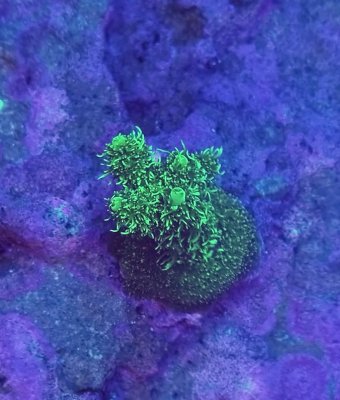 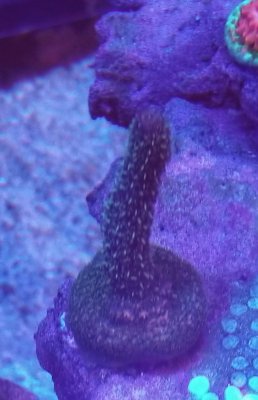 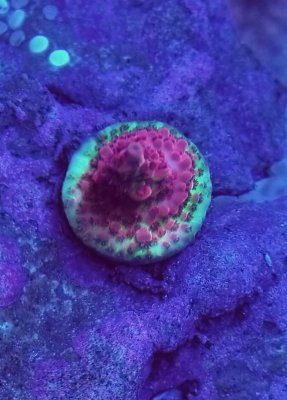 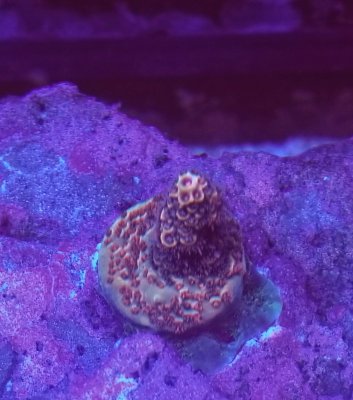 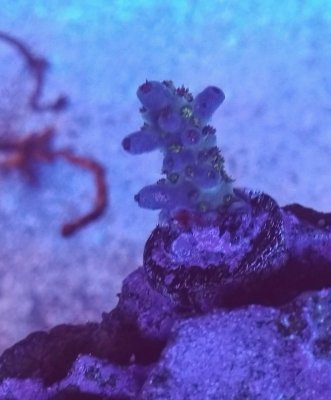 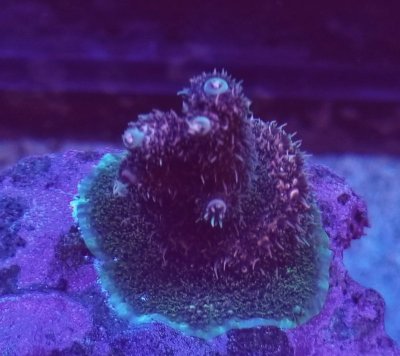 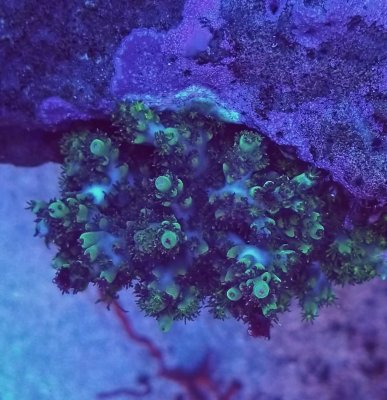 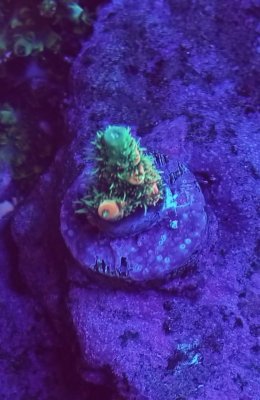 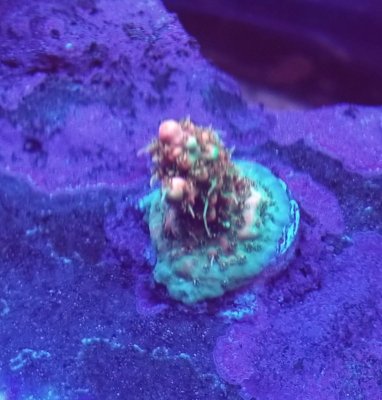 BC Lemon Peel - this is truly a yellow pigment acros under white and blue. Rare to find a true yellow pigment.. if you know of any other please let me know! 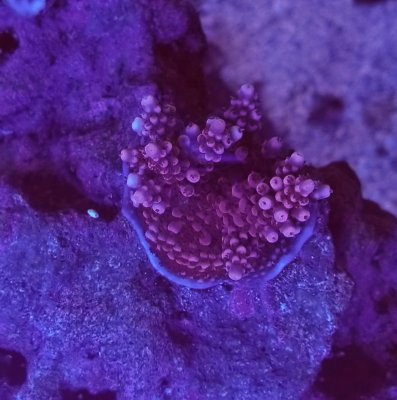 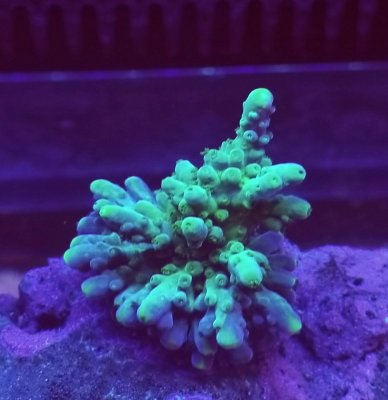 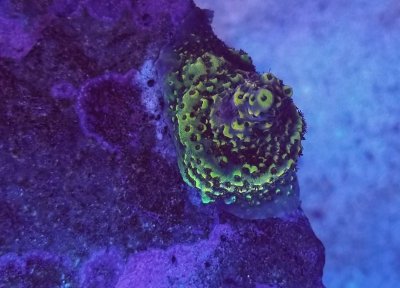 BC unknown I forgot to mark the name down before tossing the bag! 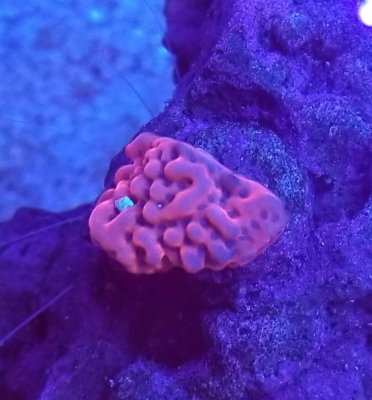 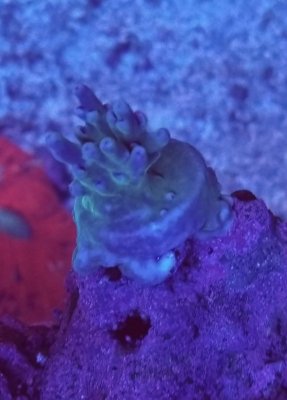 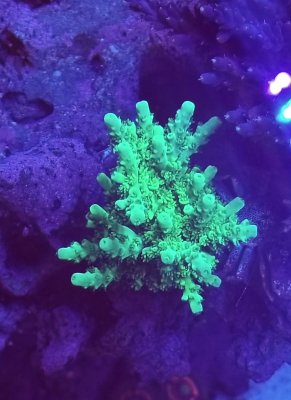 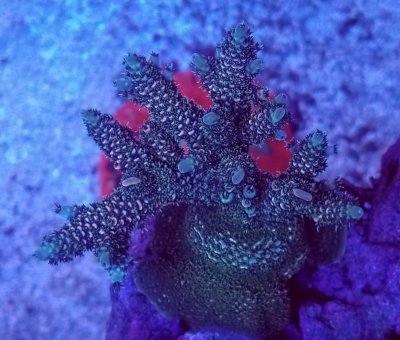 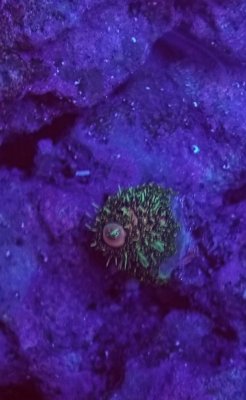 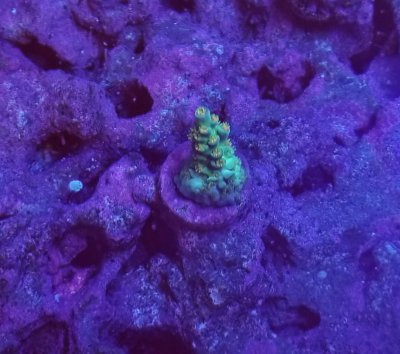 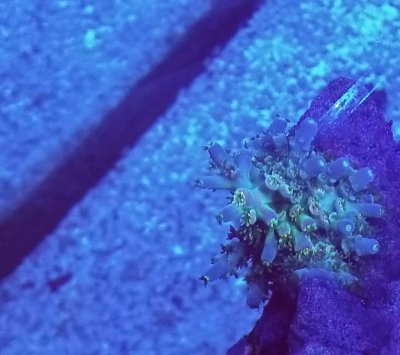 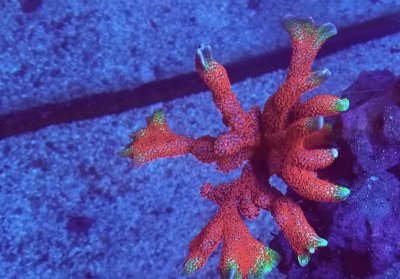 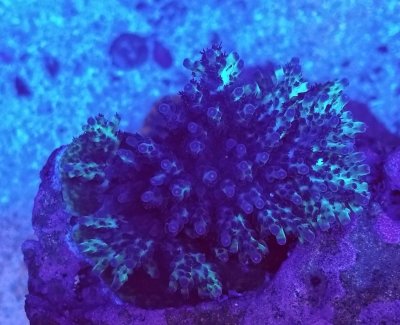 So as the fish mature I had to make some chances to keep peace. I rehomed one of the Earmuff wrasses as one went make and was out for the females blood. So I rehomed the female.

So outside of those changes everyone is peaceful and getting along.
OP

Update on my nano tank, it is outgrown itself and I'm starting a frag tank in the comming weeks. Unfortunately I have coral warfare happening in the nano tank due to no space left.

Blues only and a day time shot 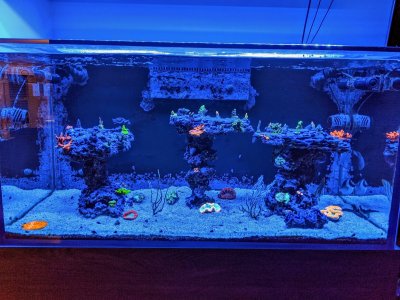 Poor guy fell victim to my gyres and pulses before buying guards. They are slowyyyyyy growing back.