Cjeippert said:
What kind of trap do you use? I have been trying to remove a mean dottyback from a mixed reef tank that bites several others. It has been months. He is smart and very fast
Click to expand...

It's a bubble magus acrylic fish trap. I attached fishing line to the a piece that holds up the trap door. My fish either were very easy or very difficult to capture. My potter's wrasse, clownfish, and marine betta all took under 2 minutes.

The yellow tang would not swim into the fish trap when it was high in the tank. Ultimately by placing it on the sand bed and placing a nori clip inside I was able to lure him inside. The hawkfish required a lot of patience as well, but would only swim into the trap when the trap was higher up facing his normal perch.

All of my fish swam into the trap at some point, but I found they responded differently to different foods and positions of the fish trap. I also didn't feed the tank for a few days before attempting to capture the hawkfish who was very reluctant to swim into the trap. Good luck!
Last edited: Jun 16, 2021 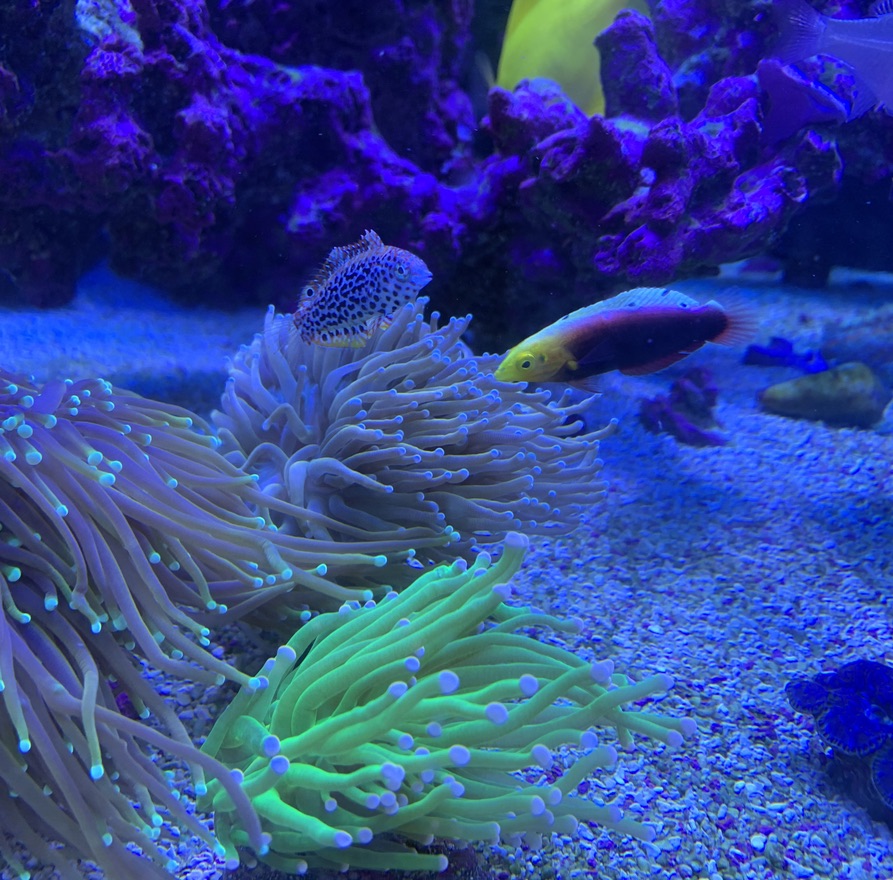