SPR1968 said:
Have any of you seen that program Moonshiners, hey some of you may have even been in it!?

Well my stupid wife broke her knee playing with our 18 month old Fox Red Labrador, who ’has a screw loose’ which is I think an English saying maybe but you’ll understand if you think about it. He’s basically mad!

She is currently hobling around on cruches and a Zimmer frame and so she doesn’t spill her G & T she drinks out of this. I nearly wee’d my pants laughing when I saw it, it’s like what the moonshiners use to taste their liquor!! Lol 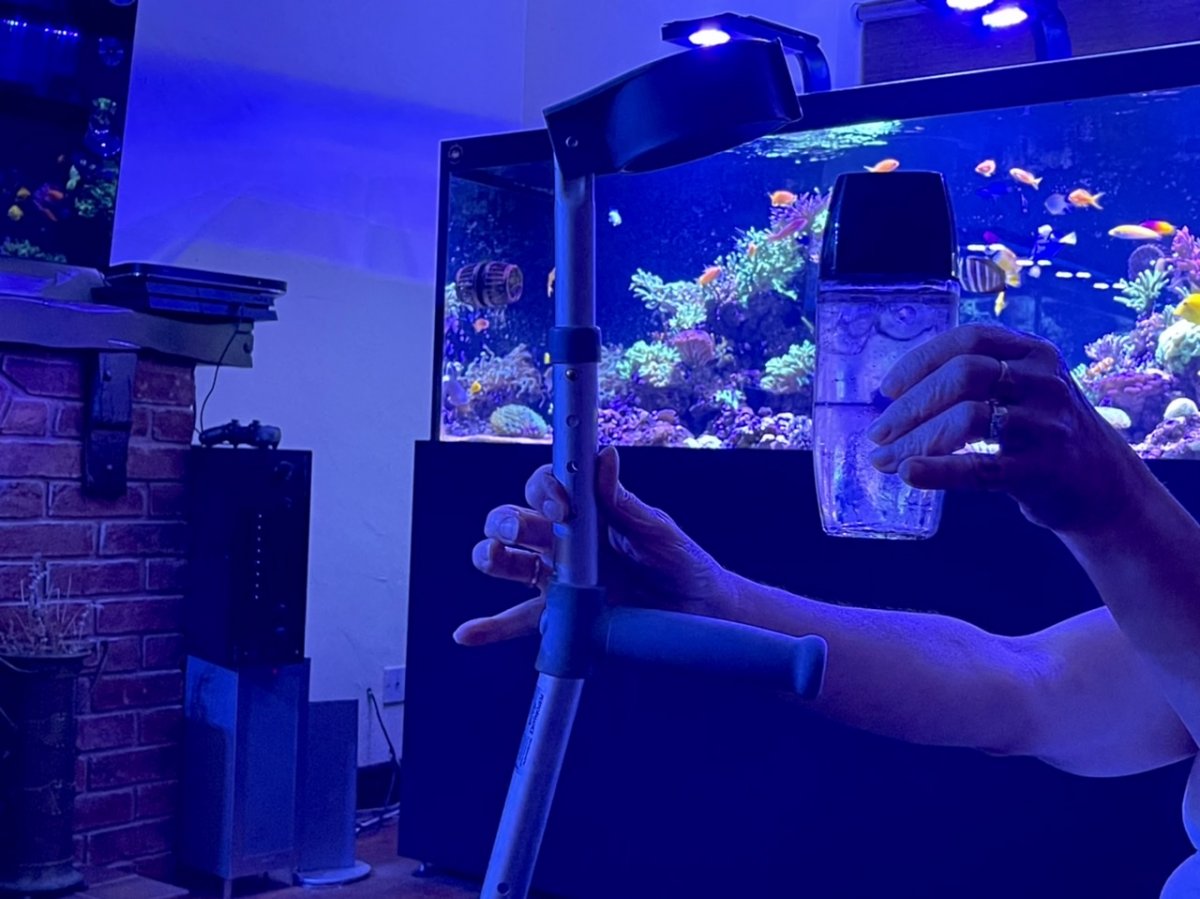 So Mrs. Shaun drinks moonshine by the bottle to the point of needing a Zimmer frame to stand up and lays around watching TV all day........Mrs. Shaun does that.........Riiiight!

In the unlikely case that it's true that Mrs. Shaun hurt herself and that all this behaviour is not actually a cover story for Shaun behaviour, get well soon Mrs. Shaun!
OP

GBRsouth said:
So Mrs. Shaun drinks moonshine by the bottle to the point of needing a Zimmer frame to stand up and lays around watching TV all day........Mrs. Shaun does that.........Riiiight!

In the unlikely case that it's true that Mrs. Shaun hurt herself and that all this behaviour is not actually a cover story for Shaun behaviour, get well soon Mrs. Shaun!
Click to expand...

When we had our gazebo and new patio built, she said should we have a ramp instead of steps for when we get old and more importantly drunk so we don’t fall down them, and she was serious! Lol
G

SPR1968 said:
When we had our gazebo and new patio built, she said should we have a ramp instead of steps for when we get old and more importantly drunk so we don’t fall down them, and she was serious! Lol
Click to expand...

I see! Soulmates it is!

Ok its been a few weeks since I’ve posted, I’ve ordered another batch of LPS corals which will be the first addition of anything to the big tank for around 11 months.

The corals are mainly ’green wavy ones’ a gorgonian which Ive been after for ages and some pulsing xenia……. Now I’ve had xenia before in the S650 and for obvious reasons I got fed up with it spreading so I removed it all. But it’s one of my favourite corals, so with some trepidation Im going to stick it on a rock on its own and ‘monitor’ it.

Ive also got 2 green star polyp colonies coming. Now I also love this coral, but the last time I added it, It sort of just, we’ll died…. So I can grow SPS like weeds but one of the easiest corals to grow, oh the shame! Lol

Oh, and can you all go out and buy a plastic yellow goby, about 1 inch long, and stick pins in it, slowly!!! 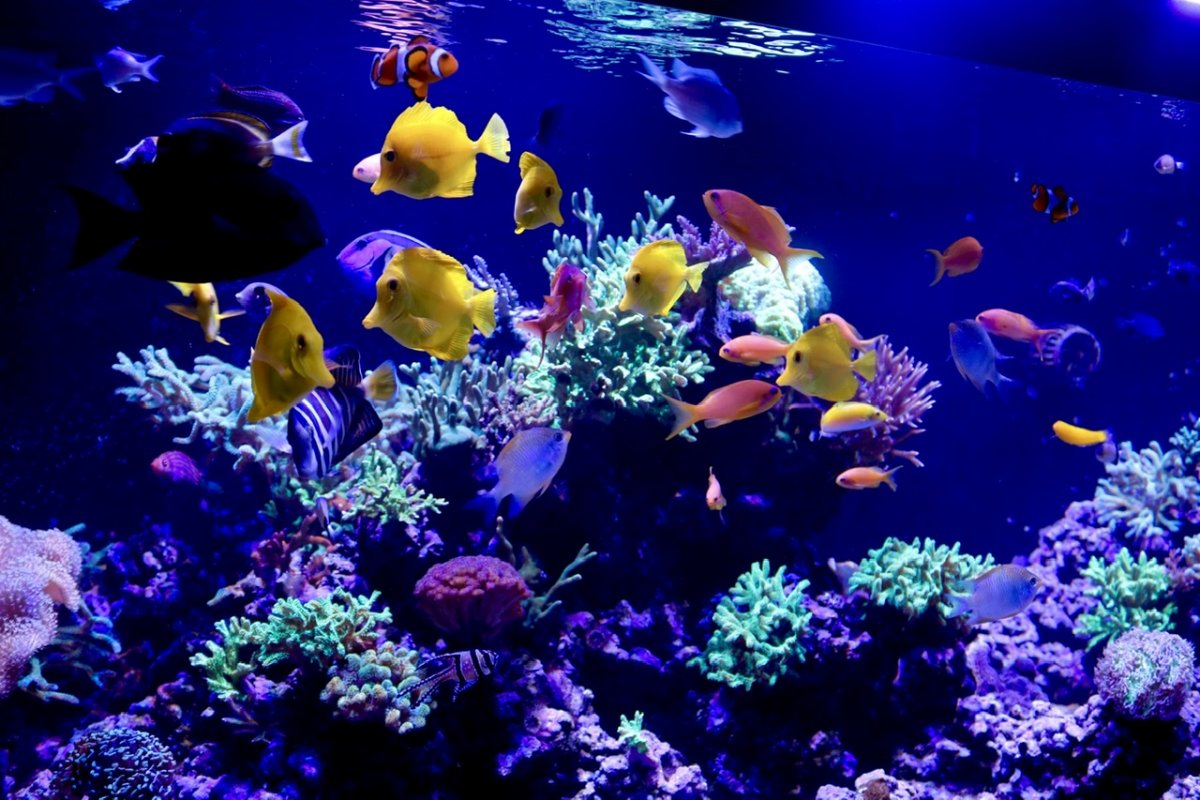 You find a back clown goby squishy and stick pins in it for me I'm all over cursing your yellow!
N

We need you to post more often Shaun! The withdrawal symptoms are terrible!

I'll park a train wheel on the pin cushion clown goby for you!
OP

I spent a few hours yesterday doing maintenance on both tanks, basically changing both return pumps, rowaphos and activated carbon.

Now before I say this just remember both systems are mature tanks, the S650 very mature so it’s different to new tanks

I started using Seachem carbon a few months ago and it apparently lasts longer and hence I change it every 2 months. I dont test for phosphate (or nitrate) much anymore as I just change rowaphos every 2 months and it keeps it very low

I change the main return in the S650 about every 6-12 months or when I can be bothered, for an identical stock Red Sea pump, and in the big house I change the Abyzz a200 every 11-12 months when I think it might fail from needing to be cleaned (like it did last year!lol). I also have an identical a200 to swap out so that should be around 20 years of reefing in theory with the 10 year warranties!

But what I also did was some major coral removal from the S650 and fragging from the big house into the S650. I can grow some corals like weeds and sometimes use them as tank fillers, but then they grow and keep growing. I hate removing them, but I had 3 very large staghorn coral colonies in the S650 which we’re getting huge, like football huge, and there just not very ‘pretty’. I also did some major ‘pruning’ of this coral which I can’t remember what it’s called.. but it’s grows like crazy! 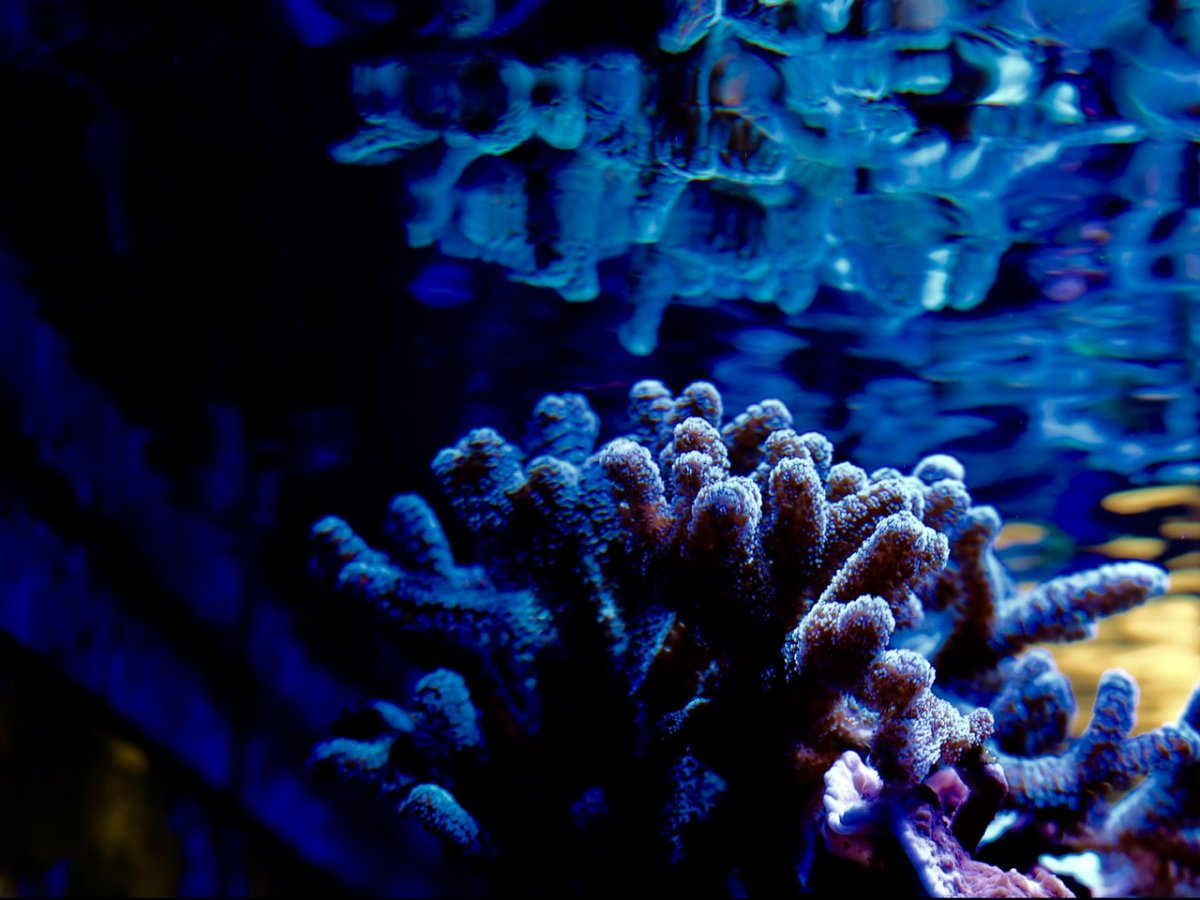 What I then did was frag some of the SPS from the big house into the S650 to cover the gaps with more ‘pretty’ corals’. I also added a pathetically small piece of GSP which I purchased and hopefully that will survive!

Then I cleaned the floor ‘a little’ until my wife came in and said what the heck (the site edited this she actually said something similar with F in it!) have you been doing in here! Lol. Sea water seems to stain hard flooring…….

Nope ,sorry,have not caught up yet...

fishguy242 said:
Nope ,sorry,have not caught up yet...

hey @Billldg ,you did buy two right...
Click to expand...

I did a bit more fragging and chopping today, and had a go at one of these

Ive been looking at them for ages, they look solid but actually move in the water current, so I thought you must be able to cut them, and so you are and it’s very simple.

So I made about 8 frags and added them to both tanks, for free……. and you can’t even tell I’ve touched them

This pictures over 12 months old, it’s now twice the size of this. 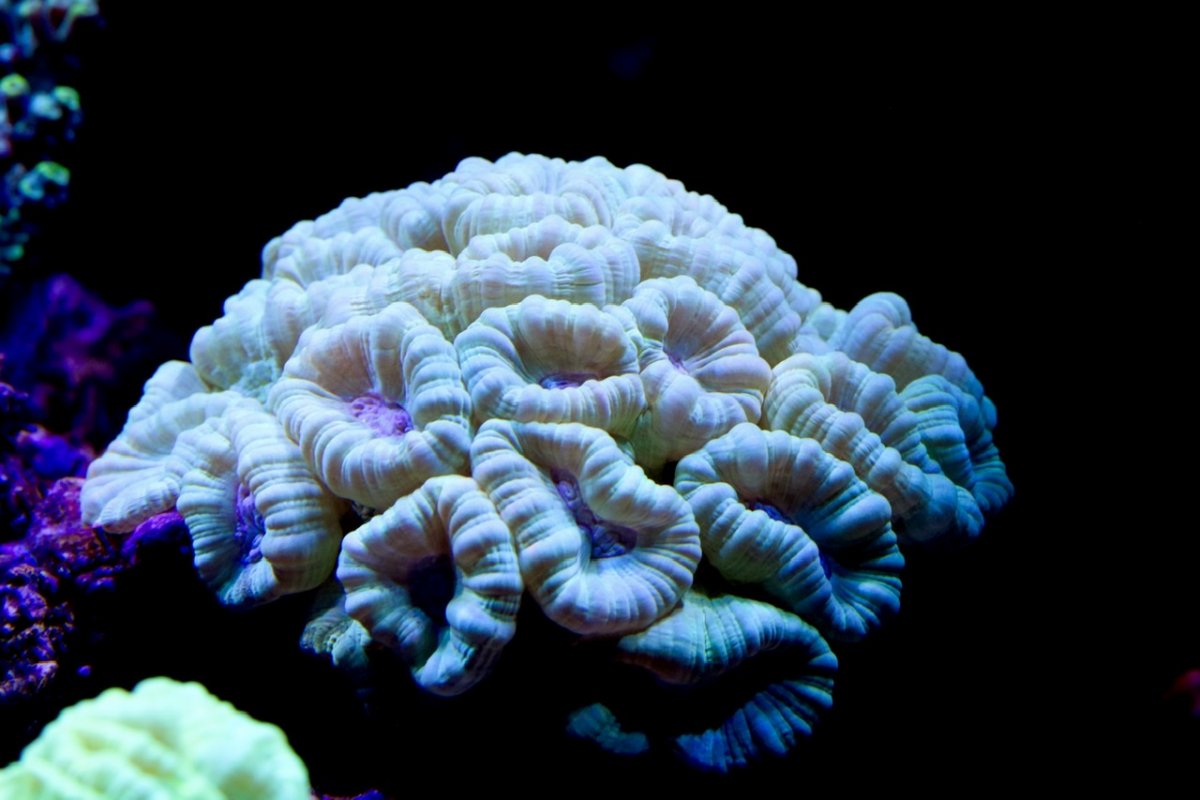 Now here is a bit of, well, let’s say observation……

In both my systems I have one of these running roughly 25 micron filter media, so a filter roll in my case the excellent X Filter 1.7 and 1.0 (in the S650 I changed it from the 1.7 which was to big!) 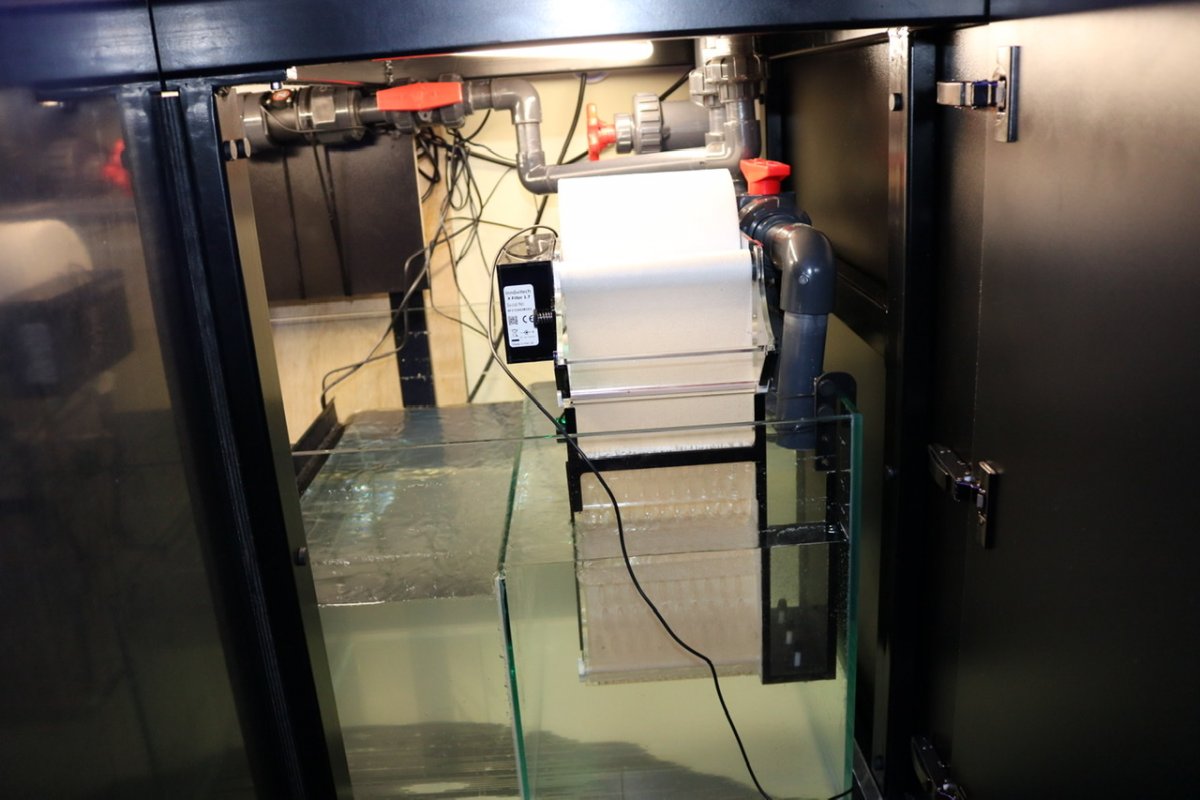 Now I appreciate that a protein skimmer might add oxygen to the water, but these days both of mine hardly produce any skim at all. I’m borderline on turning them up so much it’s very easy to go into over skim And I clean them about every 4 weeks.

So what do you think to that?
OP

One of my fishy friends 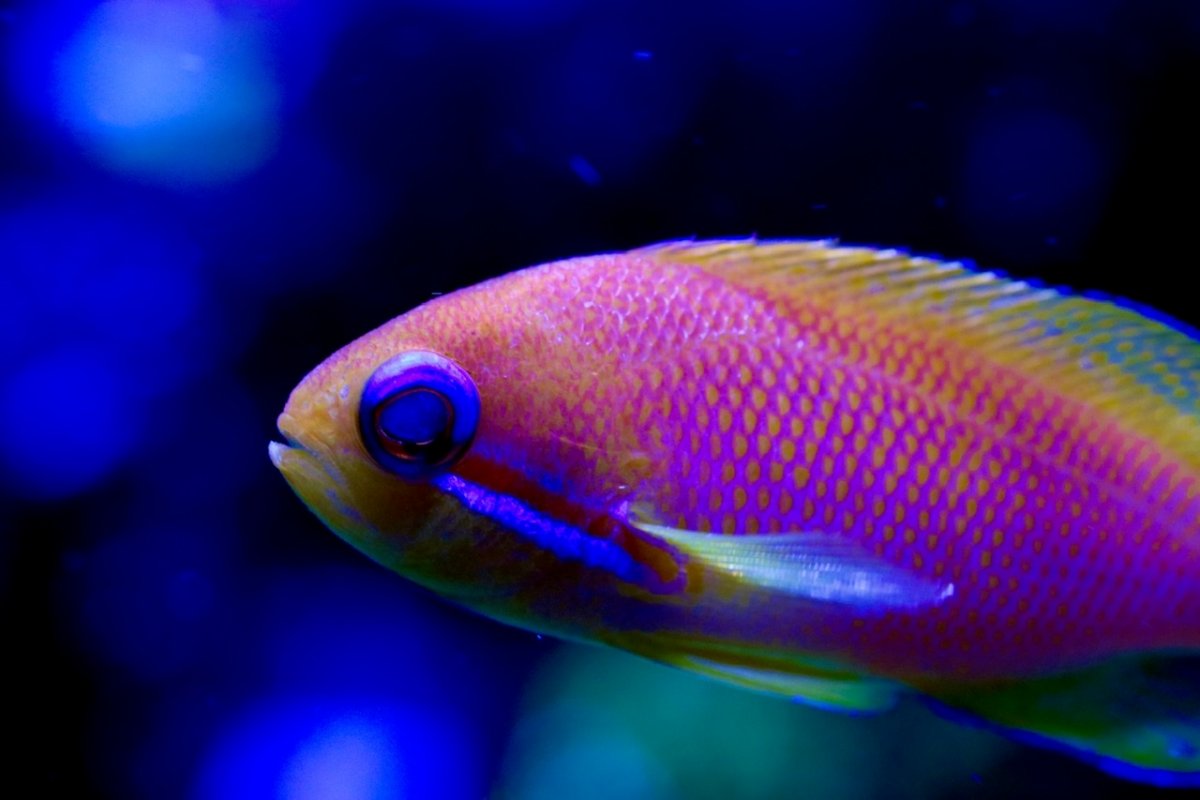