SPS –Some true rarities, some beauties and a whole lot of color, plus one very exotic monti

My tank is pretty darn happy right now and I need to trim some. I am in Southern California. If your frags do not survive, contact me—it’s a hobby and I want happy reefers. Some of the frags are chunky and encrusted but some are small, the pictures should make it clear which is which. Some frags were cut last week, others weeks ago. Shipping for 10:30 am next day delivery (where available) is $50 additional.


All the colony shots except three were taken yesterday under 20k metal halide radiums with no other light source (the other three are from two months ago). The first picture of the RR Canada shazam was taken a month or two ago (I liked it so much that I included it in this thread) but the second colony shot was from today. The frag shots were under ATI T5’s in my spare tank—I moved the frags in there for ease of photography. Took the pictures within minutes of transferring them from my display to spare tank, so there is very little polyp extension. I adjust lightroom to 20k to match the bulbs and sometimes adjust exposure as needed. I didn’t tweak anything else in lightroom

Reef Raft Canada Pink Cadillac—it doesn’t get much rarer than this. I think only one vendor in the US has it, and I’m not sure they have any frags available. White to yellow tips, reddish body, and crazy blue polyps. 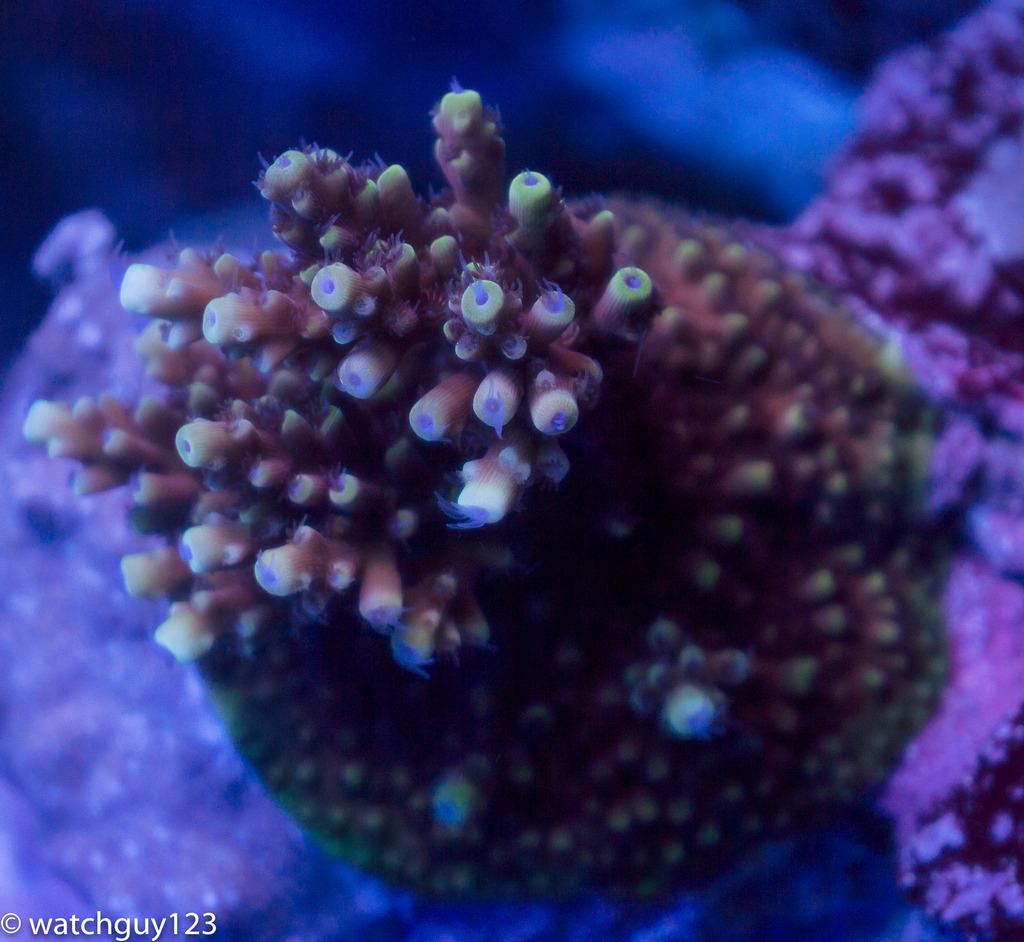 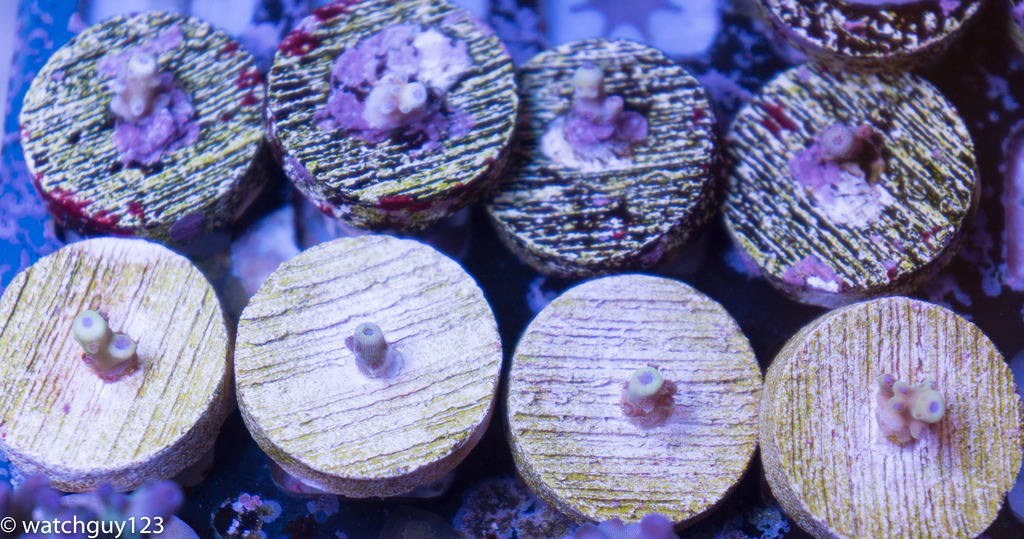 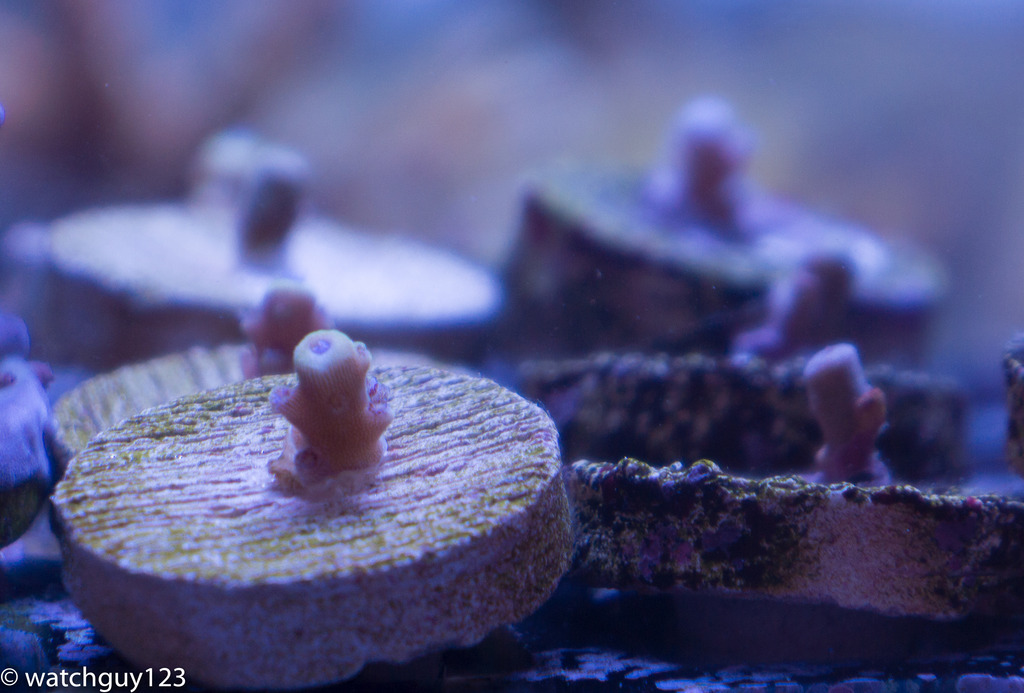 These are the more expensive “frags”, I got asked by a reefer friend if I would make some real frags, so after months of asking I finally did , I have three frags for sale for $800 and one smaller frag for $600 (If you like them then buy it otherwise don’t criticize price, please. Its new, its very very rare and its beautiful—you can google more pictures of it) 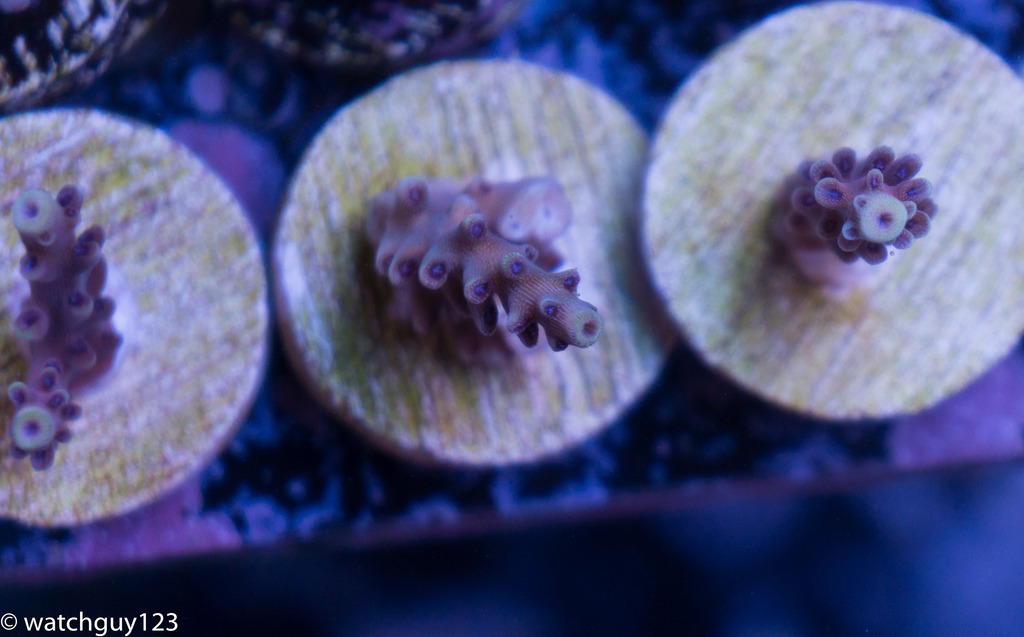 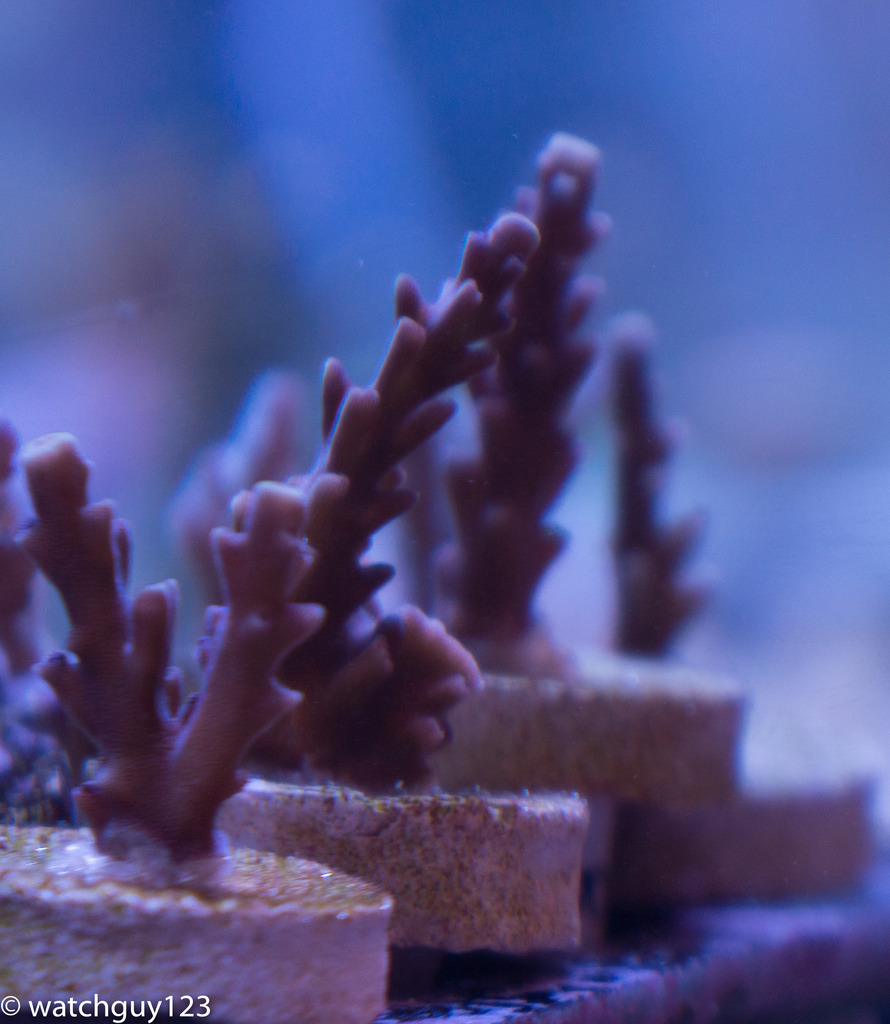 Z’s Dream Monti—this is a crazy colored monti, bright yellow, orange and a wee bit green with bright blue polyps. As far as a monti, this is among the very best and brightest 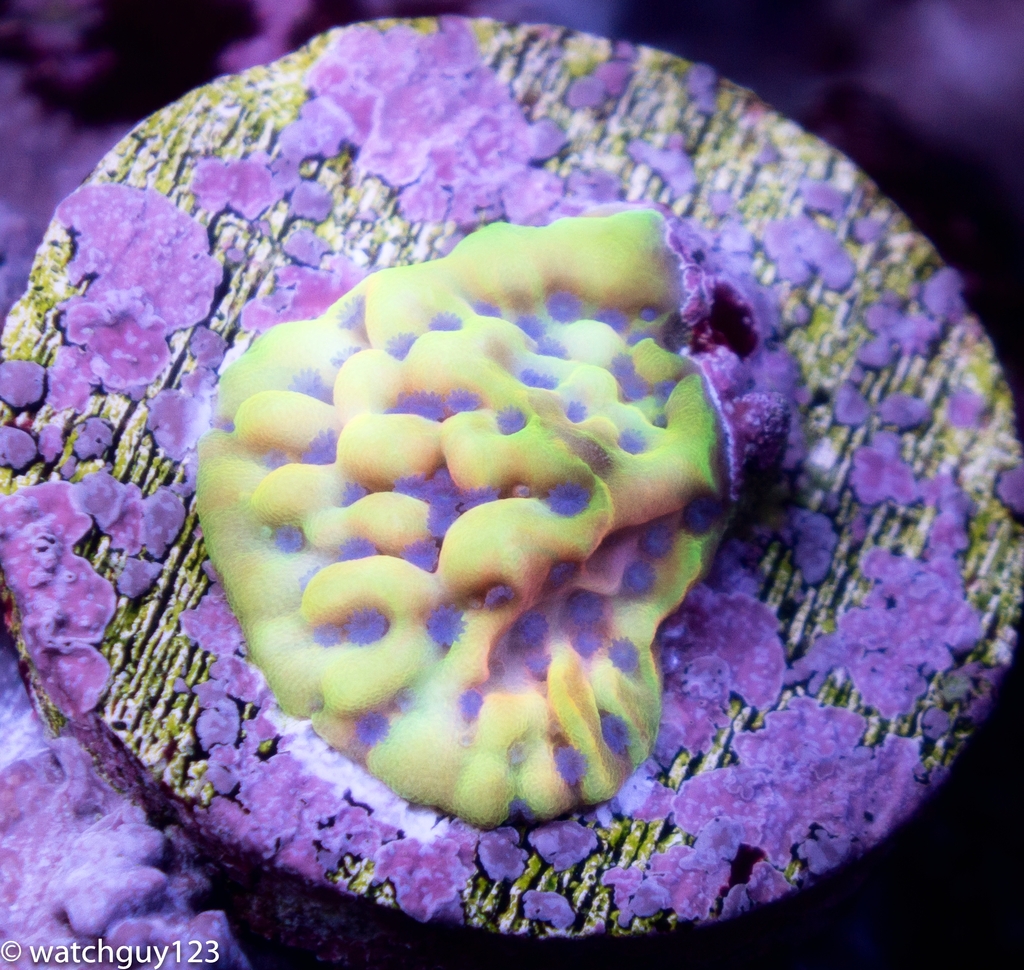 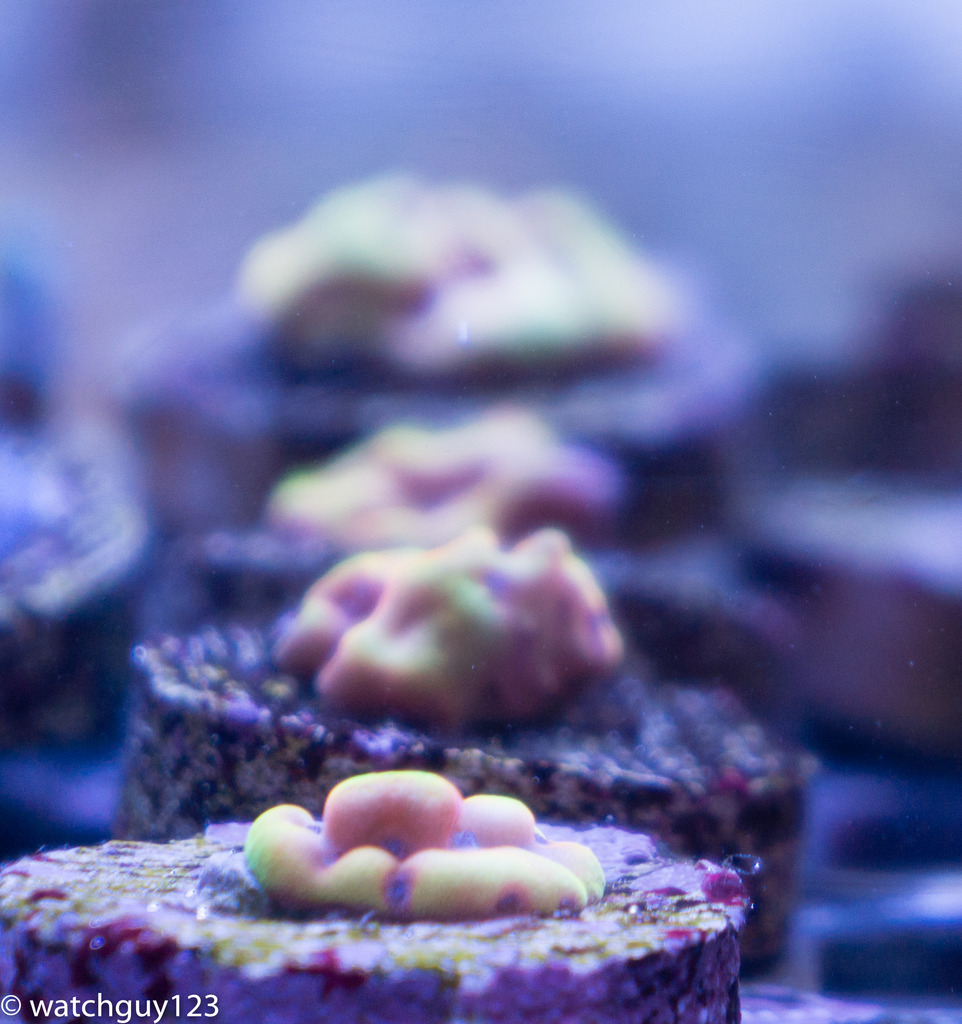 Reef Raft Canada Shazam—Reef Raft Canada has some of the craziest and brightest acros out there. Once again, I don’t know anyone else who has frags of this for sale in the United States 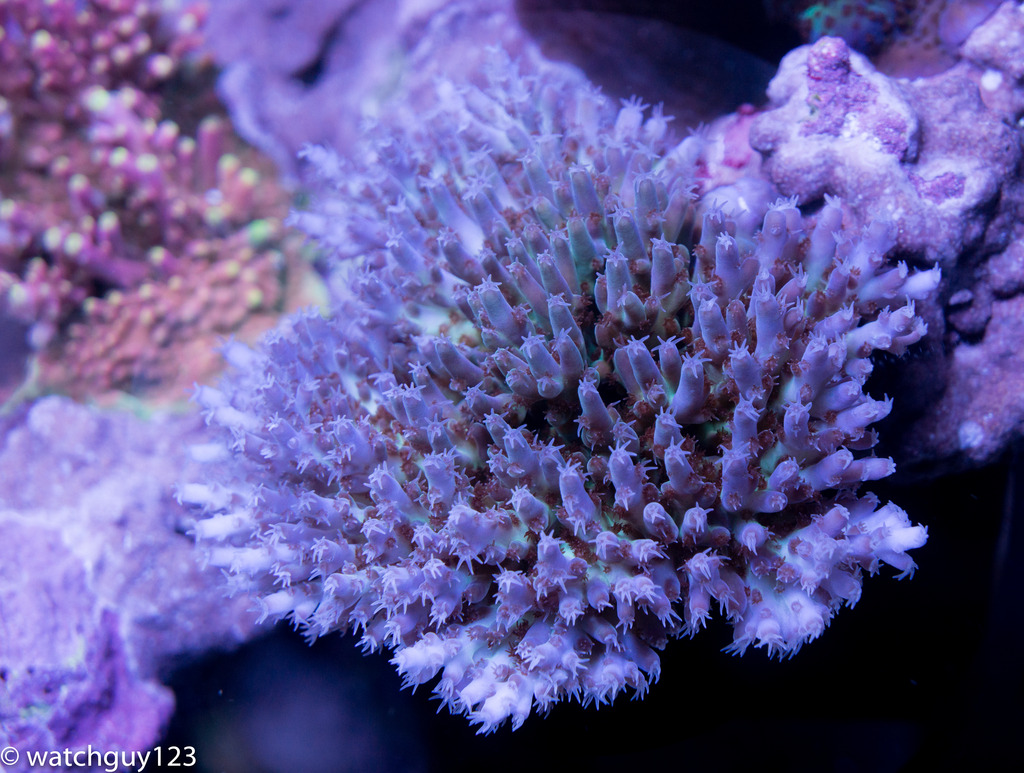 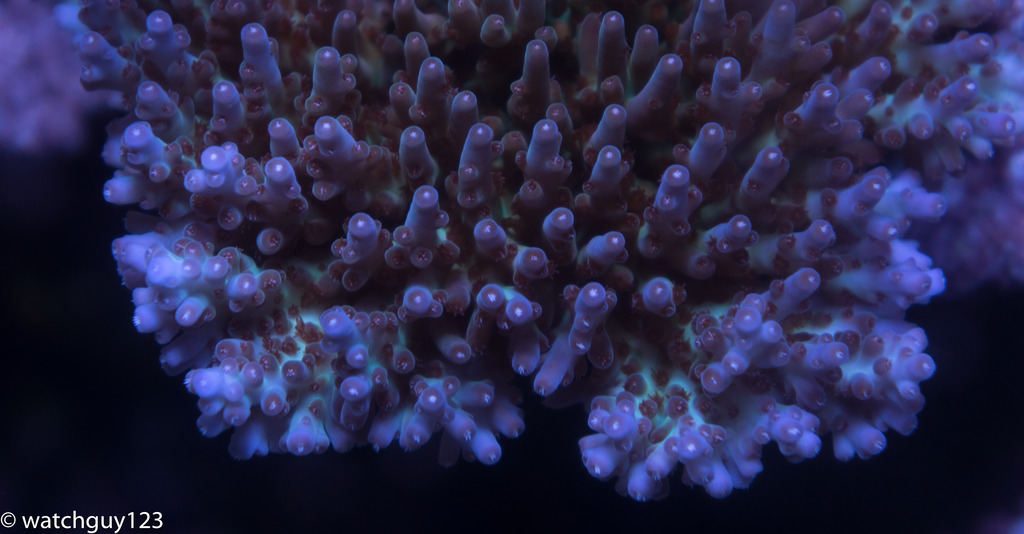 Blueberry Wine Acro (you will only find this in Canada as far as I know) It usually grows with long spindly branches but mine is getting blasted with flow, hence the frequent branching. The blue is like a metallic blue flake, hard to capture on a photograph. It is spectacular and a color I have never seen before—its pretty amazing. 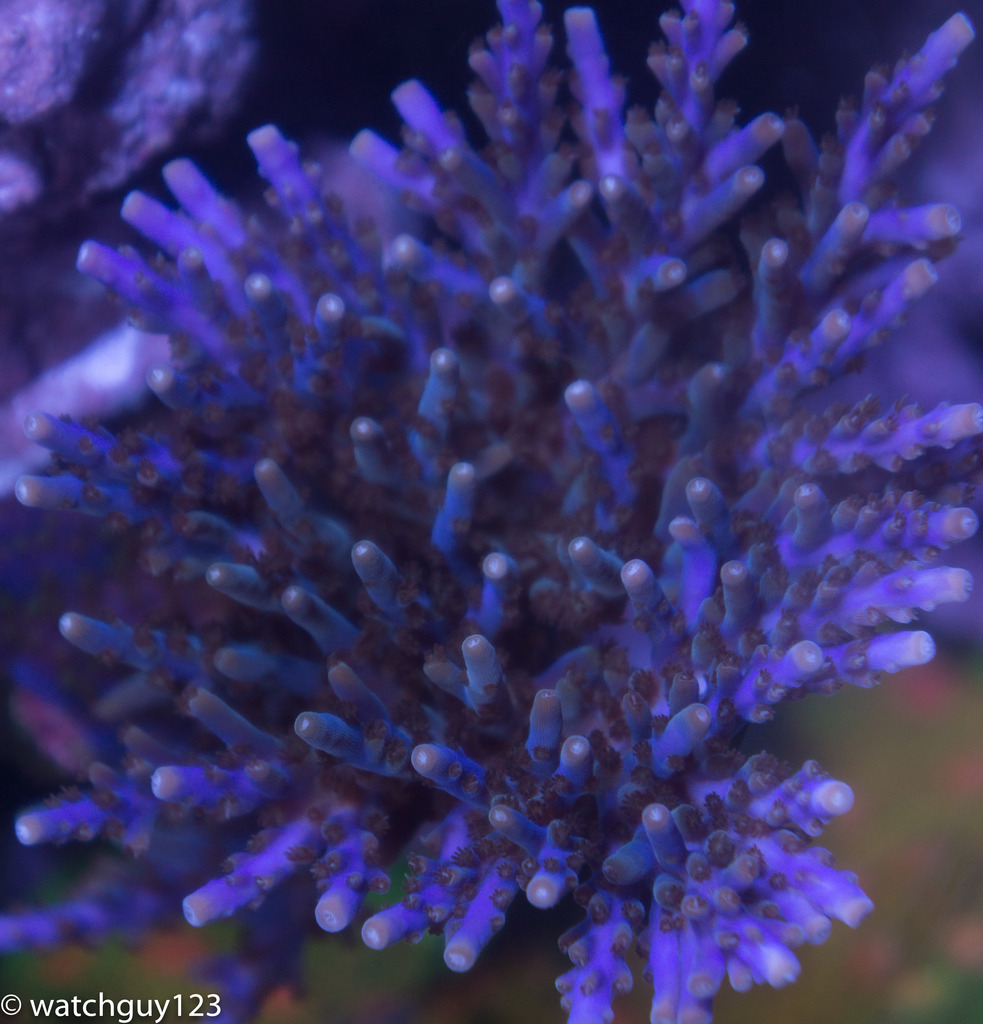 I have not cut frags of this yet. I will this week so if you are interested, you may want me to hold your frags for a week or two, you tell me which you prefer. The Blueberry Wine frags will be $175 and somewhere between ½ to 1 inch, I’ll aim for bigger but if you have cut fine branching coral before, then you know sometimes its impossible to get good access with bone cutters.


Reef Raft USA Pink Floyd—this is crazy yellow with bright red polyps. Polyp extension is crazy good on this guy and the colors blow everything else away. 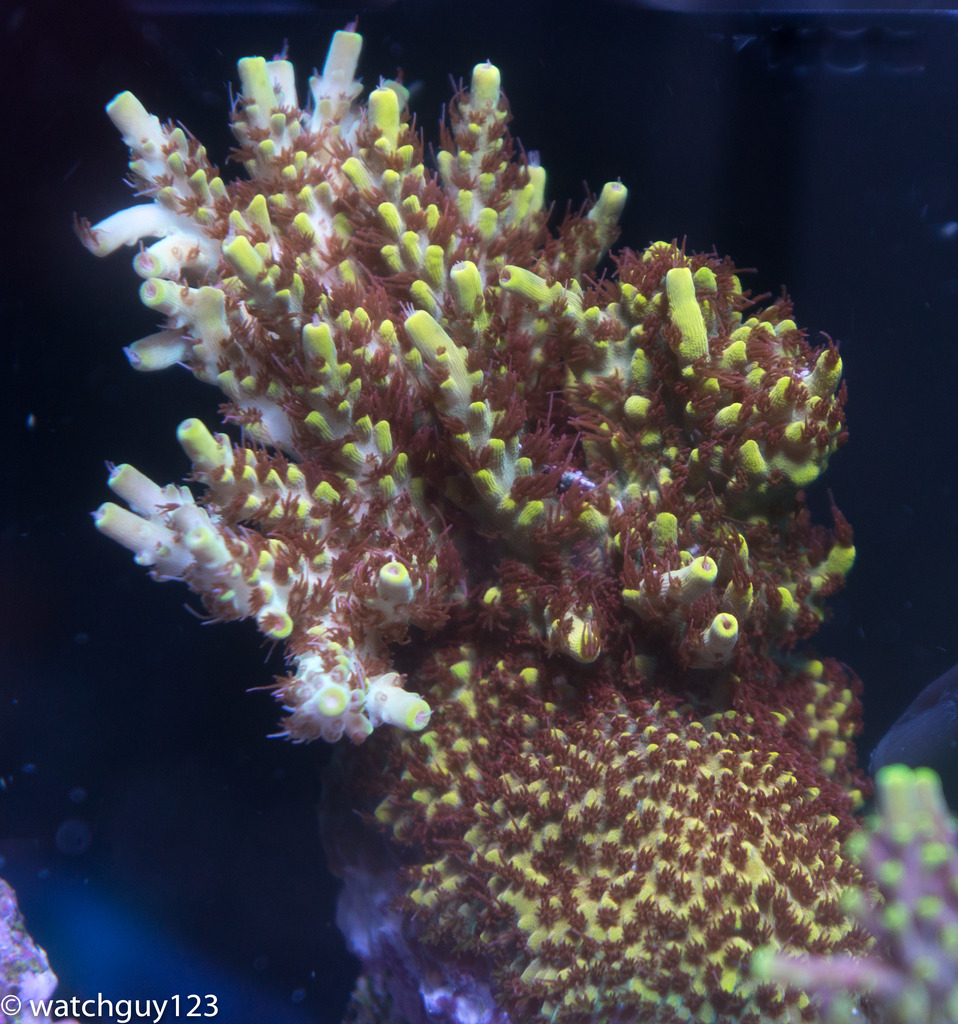 The frags are chunky, encrusted and happy. They are $100 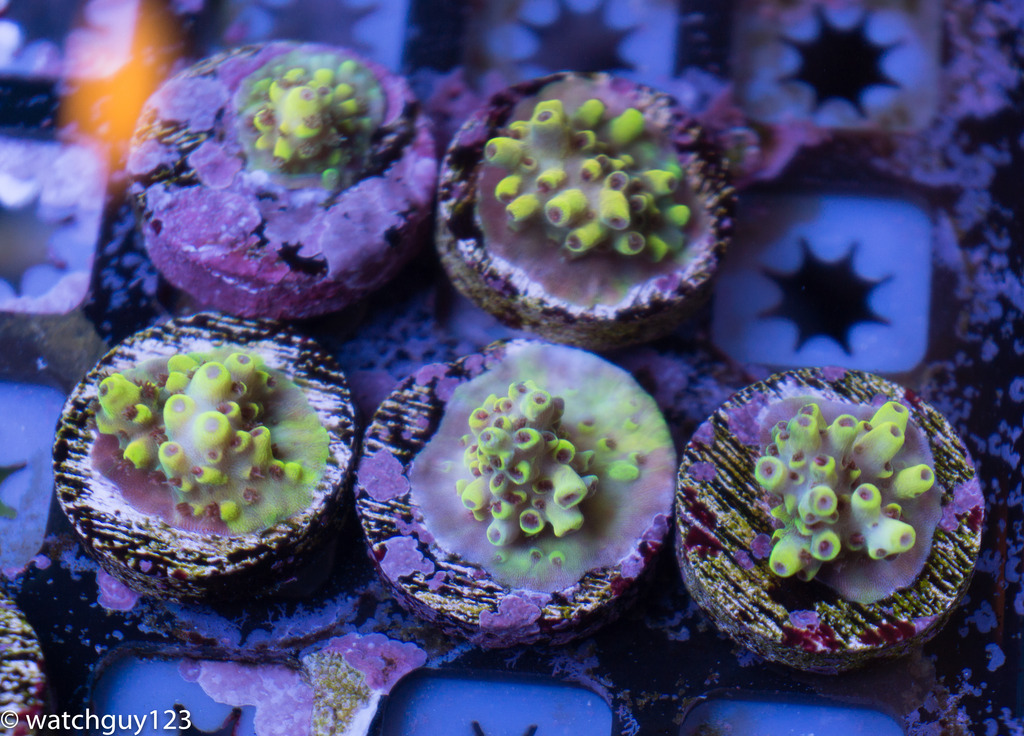 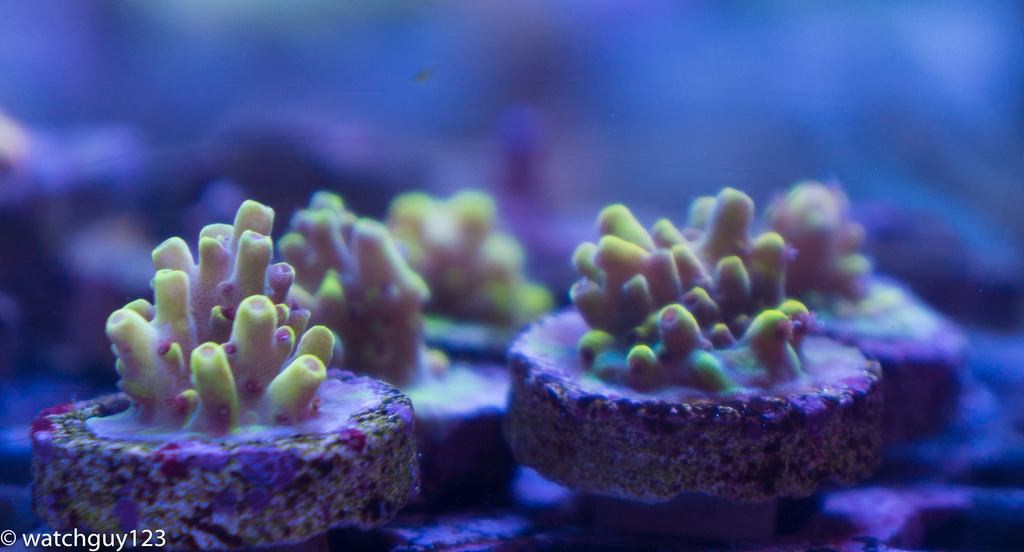 Z’s Avenger Crazy bright, a gazillion colors with bright red polyps. It is unreal and not photoshopped. It is just plain gorgeous and a stunner. Frags start out a bit blah but then morph into a stunning colony. Mine is up high getting lots of light and flow. I currently do not have any cut frags on this one, primarily because I just love the colony the way it is. 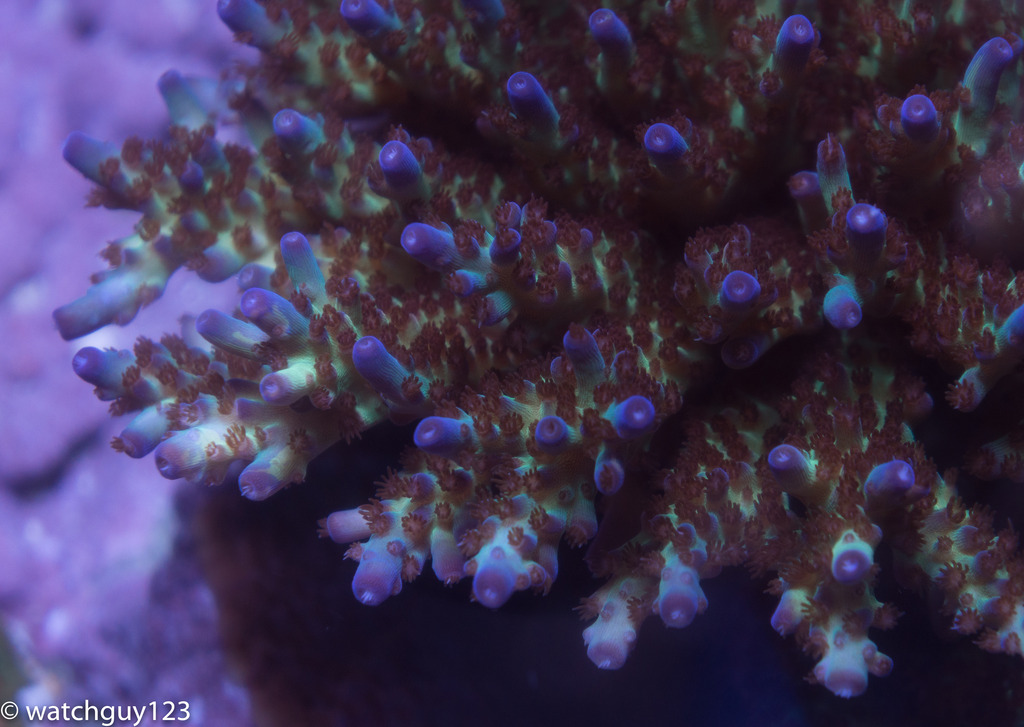 I somehow managed to drip superglue on my avast porthole lens so you may notice some blur spots on my pictures. You sure can see it on this following picture. I plan on buying a new porthote for photographs. 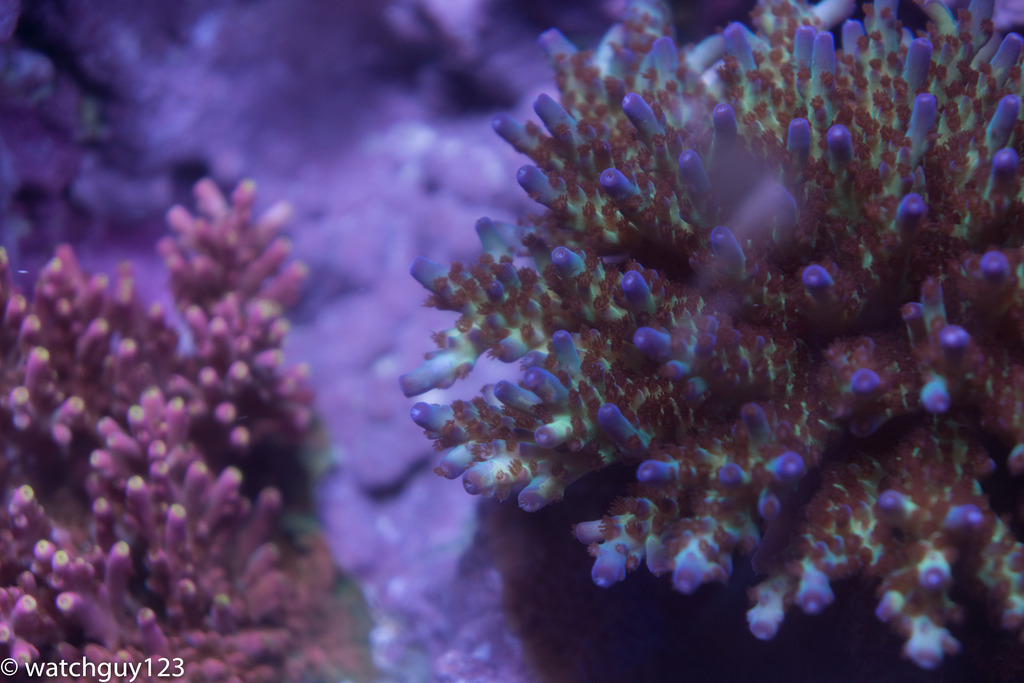 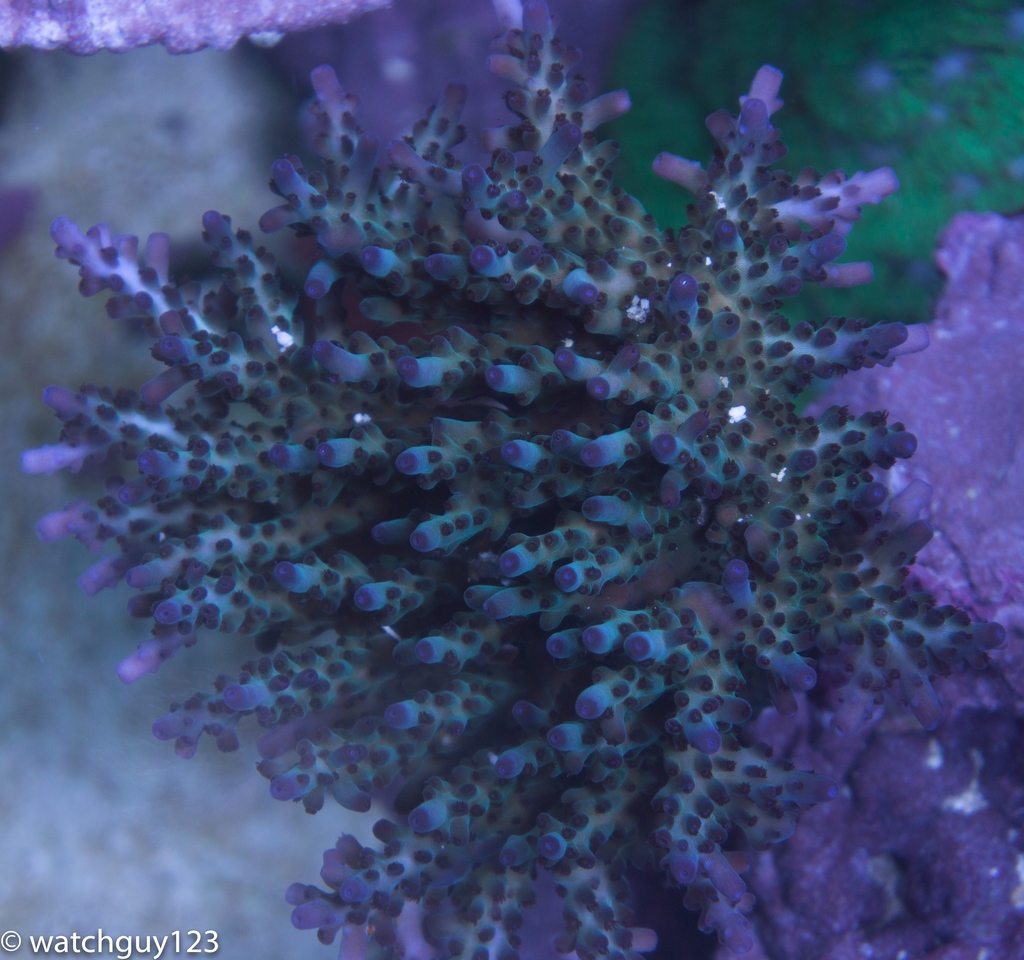 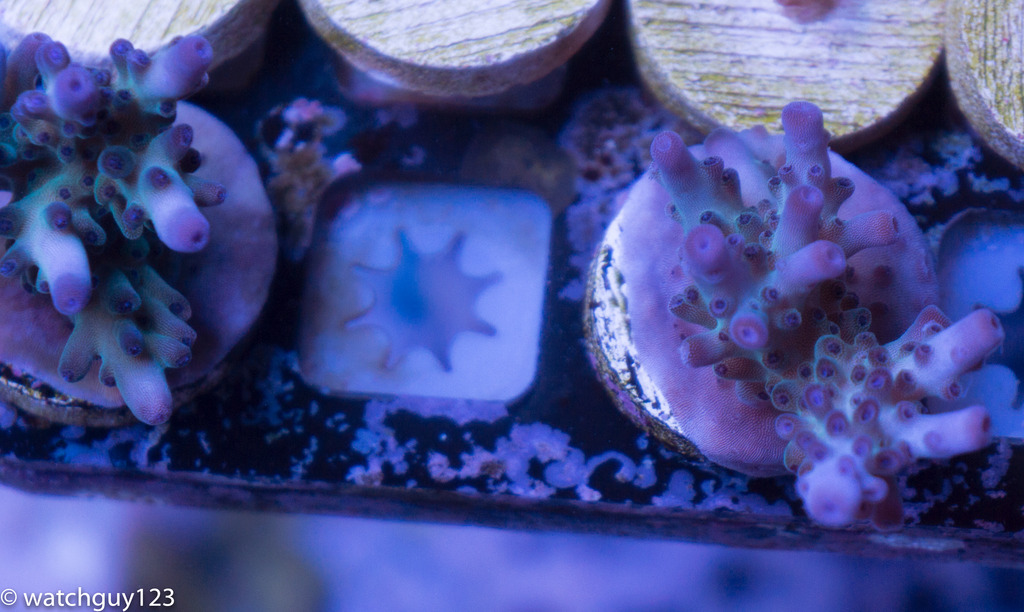 Wet Thumbs MOP (mother of pearl) This is an oldie but goodie and maybe you have to have been around sps a long time to really appreciate the novelty and color of this colony. The colony picture is from a couple months ago but the frags shots are from today. 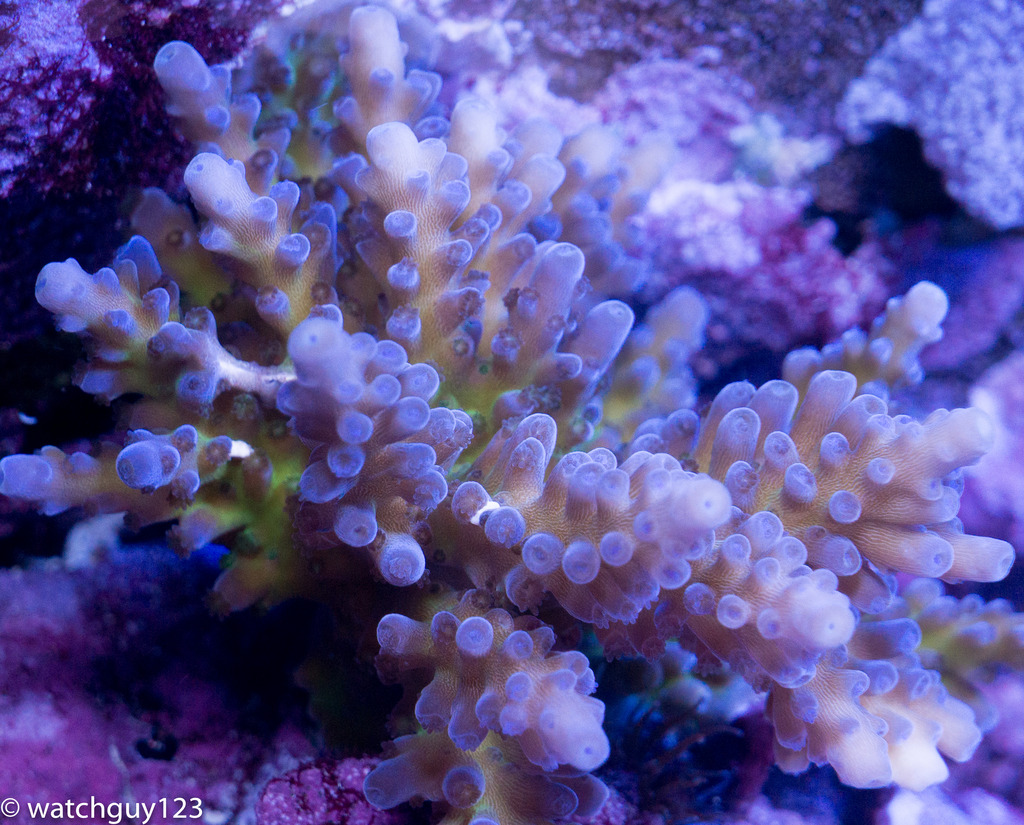 Frags are pretty big and $40 each

Oregon Tort—no other blue quite like it. You can spot it from the next room because of the beautiful blue. 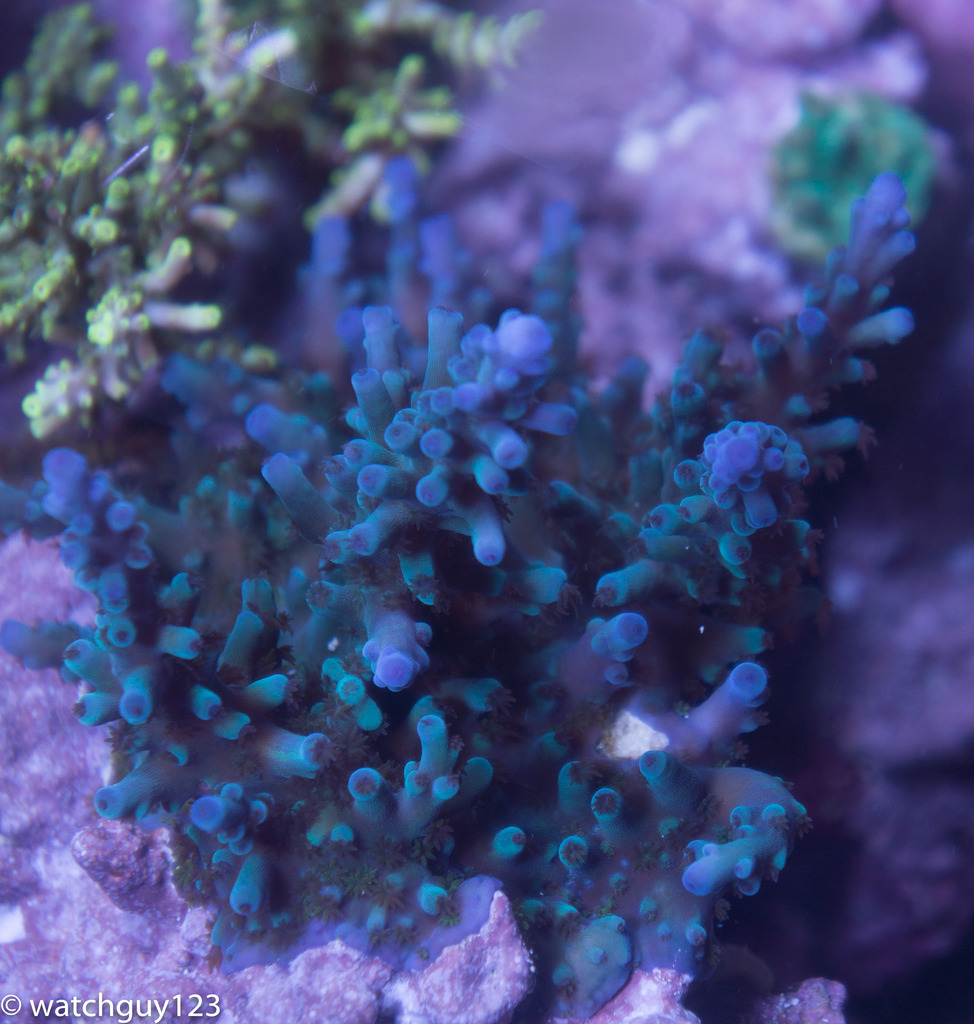 Frags of this beauty are $60 They are encrusting and chunky. 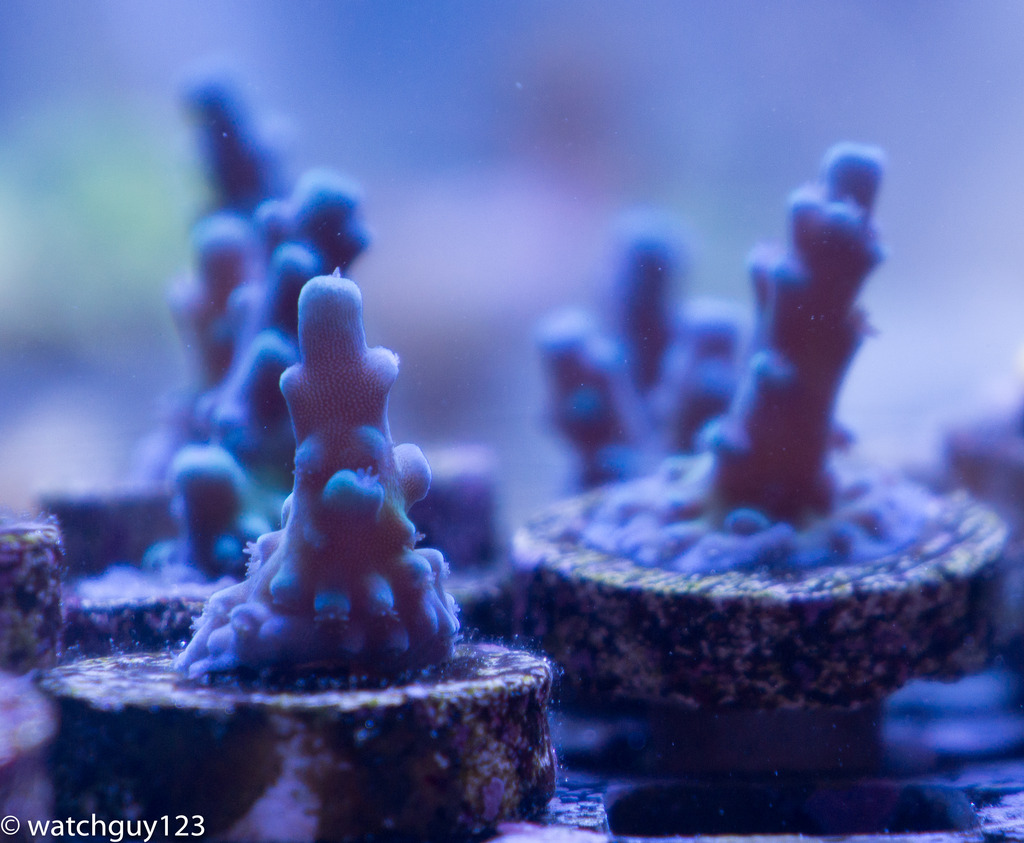 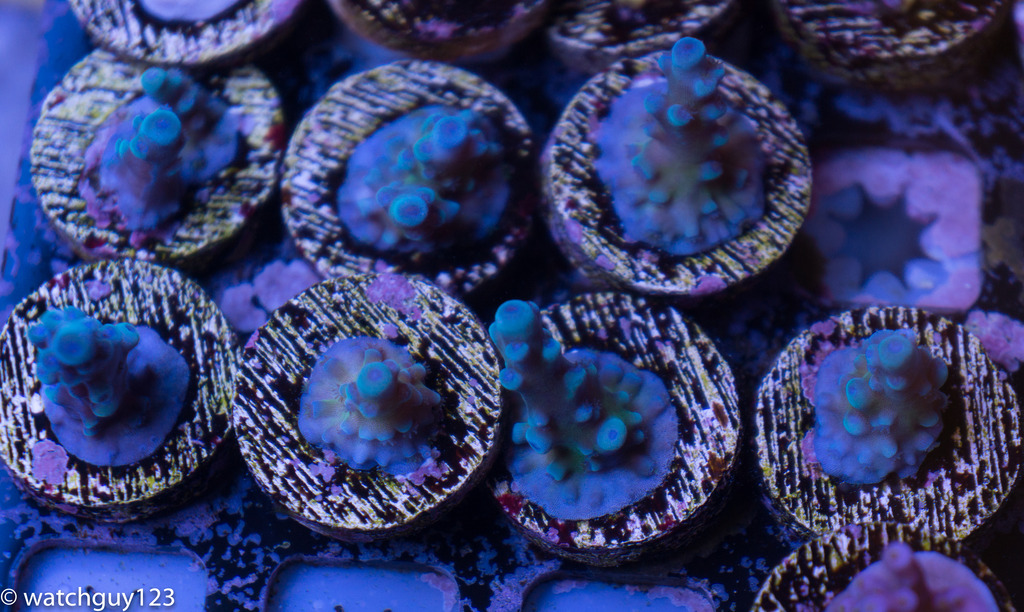 TGC Inferno—mine has started to absolutely grow crazy. Big long growth tips with polyp extension. It’s a knockout. I haven’t cut the frags yet. If you want one, they are $200 for somewhere between ½-1 inch, but I will try for one inch frags. But you’ll need to let the frags heal for atleast a week or two before I ship 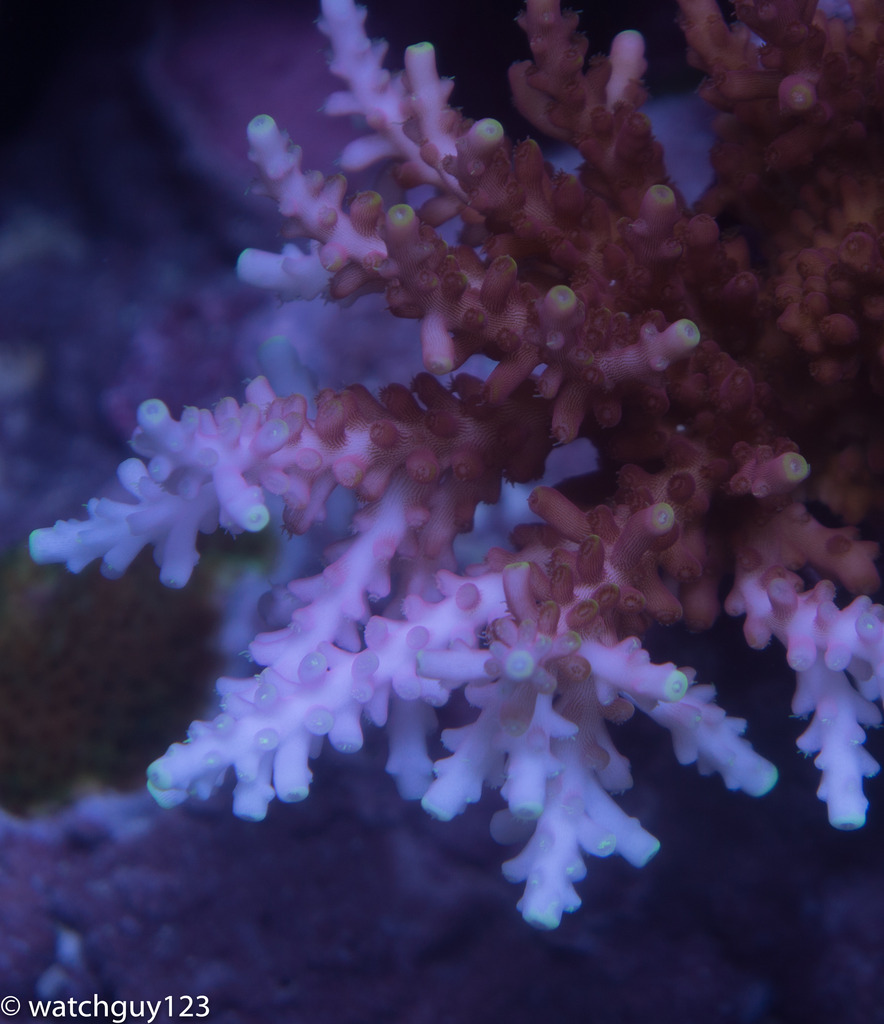 Z’s Tropics—this picture is from two months ago, I somehow missed taking a picture of it yesterday. It looks the same except much bigger. Like most acros, once it hits critical mass, it grows like crazy 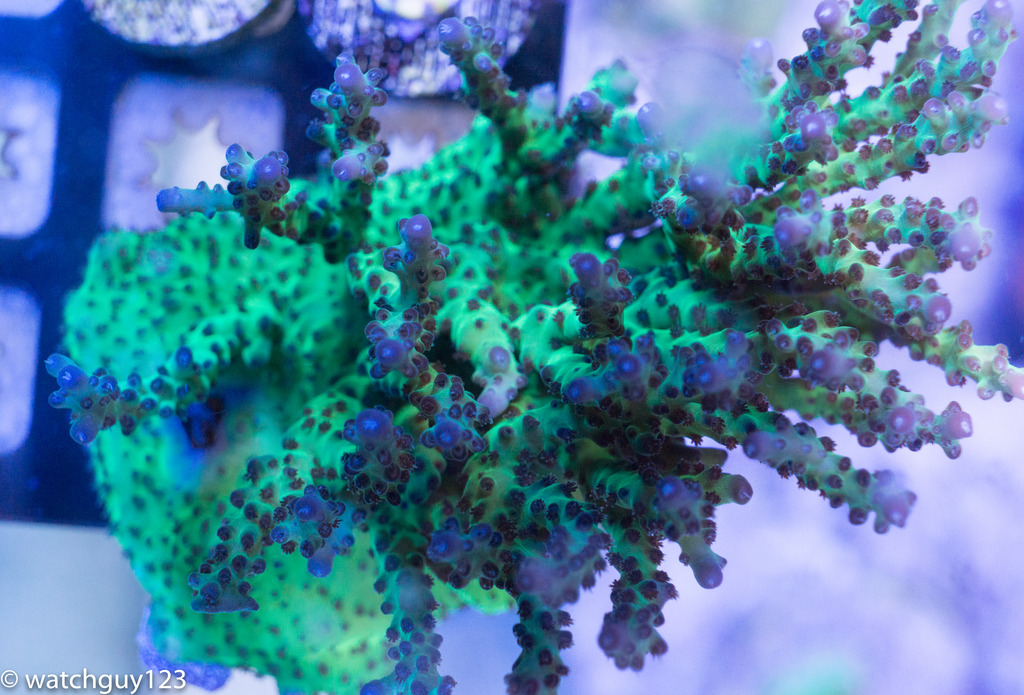 TGC (Reef Raft Aisa) Diablo – this is not RR USA Red Diablo. This is a sleeper. Gotta love the color and polyp extension. 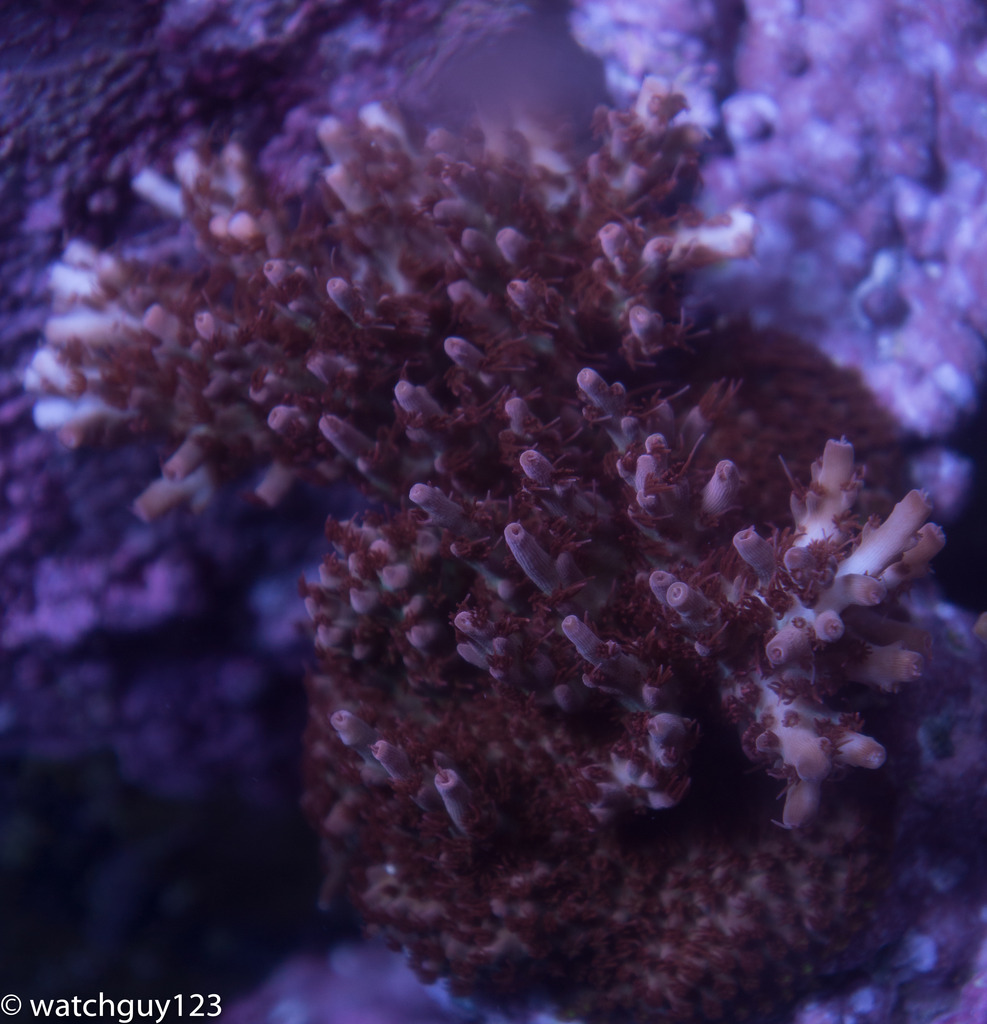 Chunky, fully encrusted frags of the TGC Diablo are $80 and I think I only have two but could cut more. 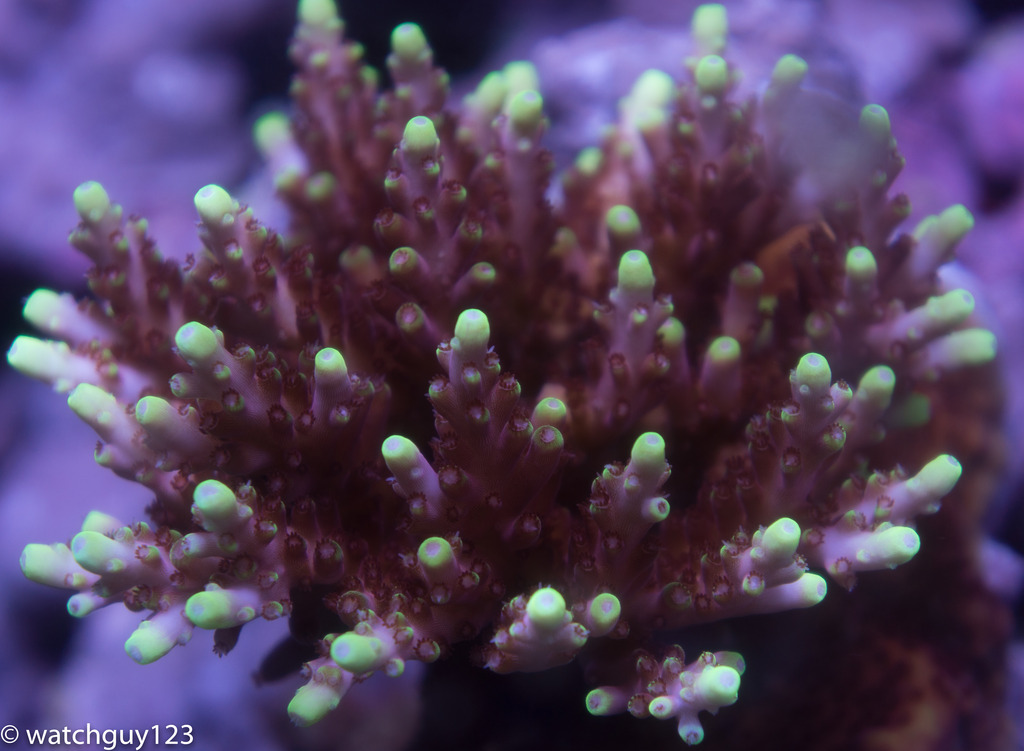 I have some healthy single branch short but starting to encrusting frags of JF Flame for $50. They have not gotten much light (they somehow got stuck in a corner so they are blah colored but growing) but hey $50 for JF Flame frag is pretty crazy.


Z’s Wild One—Ive had this for a couple years or more and it seems to get better and better. Crazy bright tips and incredible colored polyps. 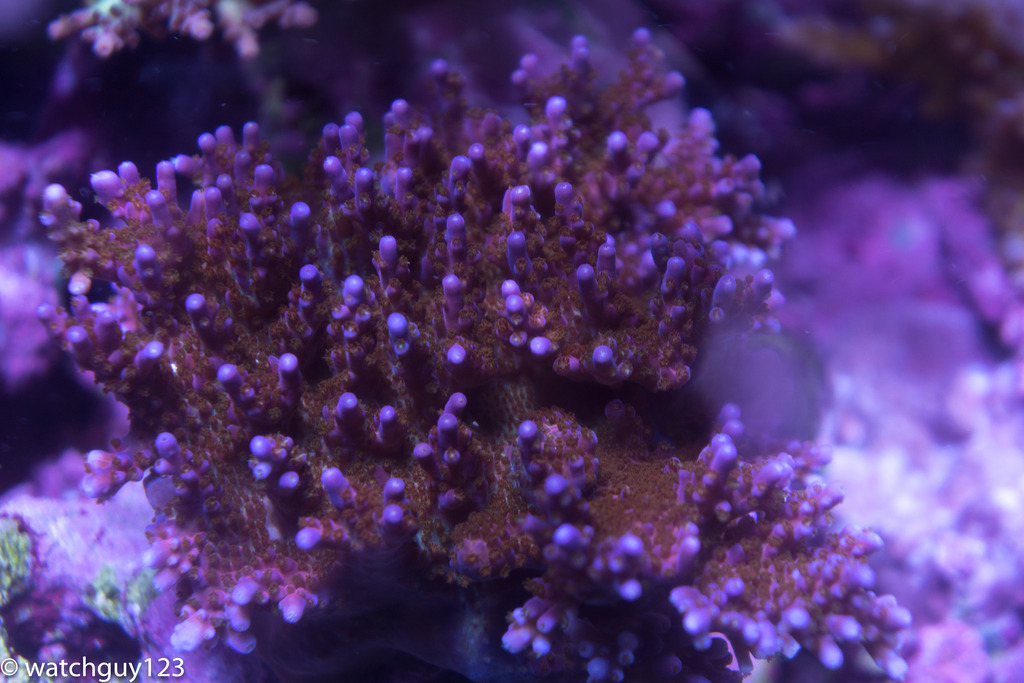 I only have two frags, but could make more. These are beginning to encrust nicely. Price is $90 a frag 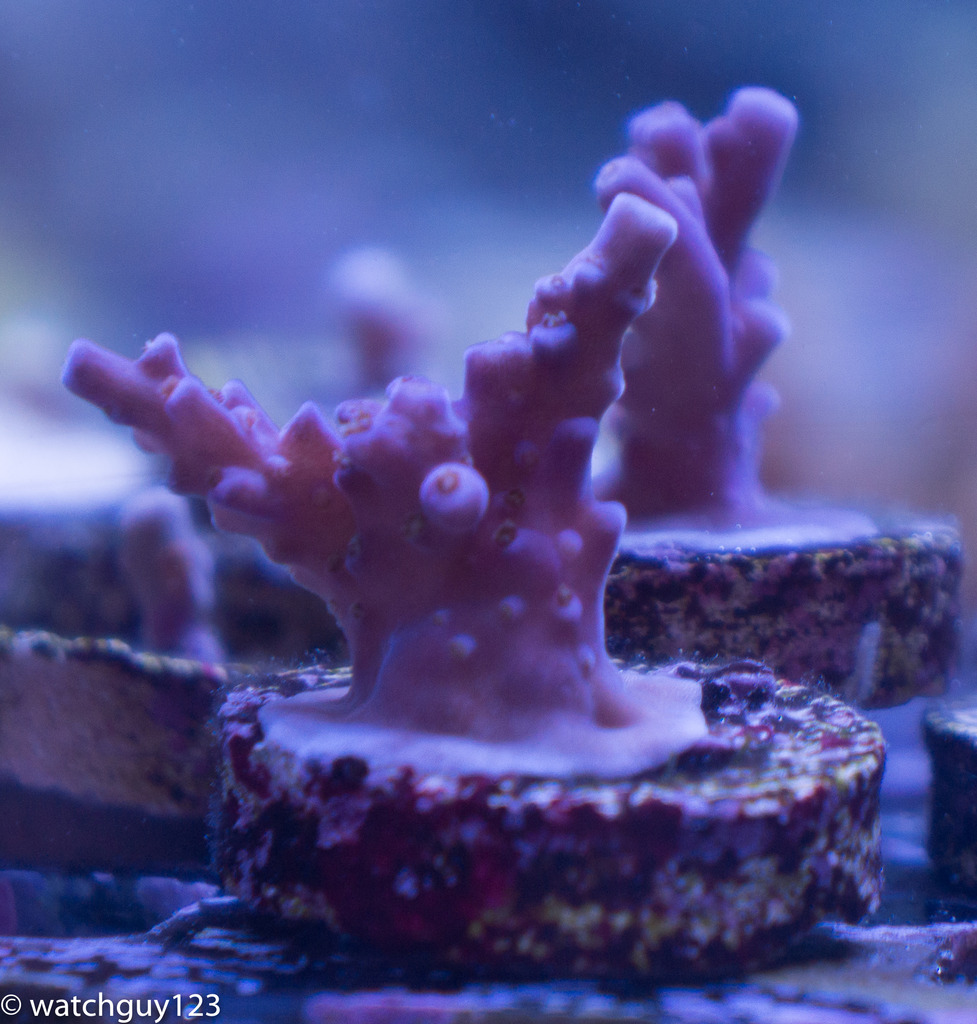 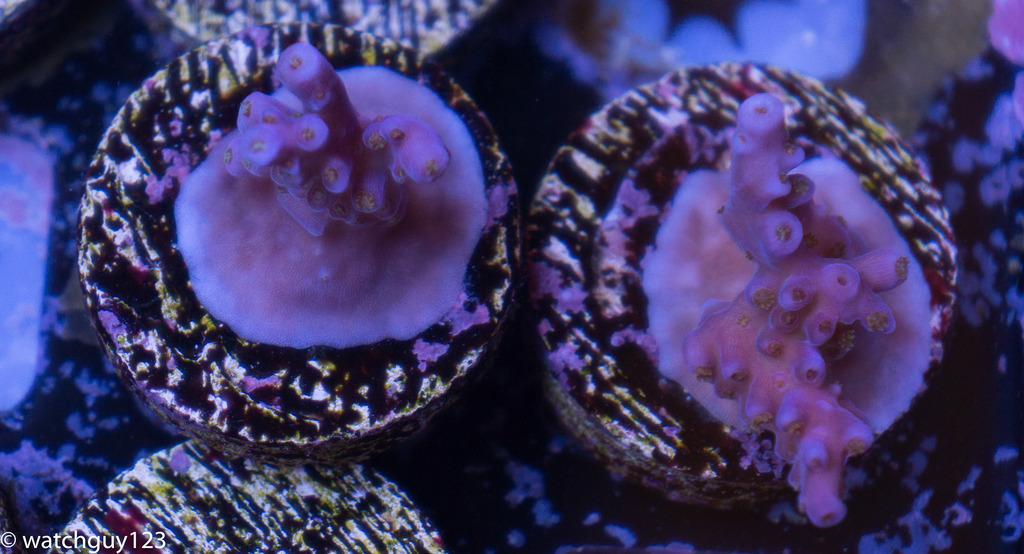 Where in SoCal are you located? I live in the SF Valley. Can't buy just yet but would love a piece of that Oregon tort and possibly one or two other frags in a couple weeks if they are still available.
A

Mark's collection and frags are best in class. I have ordered from him twice now and everything is thriving. The Z's Choice Monti is truly the brightest yellow monti I have in my collection (and I have the JF Beach Bum, RR Crazy T, and WWC Kung Pow)!

He has the hook up on the RRC corals and sends well healed frags. If you are a collector then you need to know Mark. Buy with confidence!

i wish i can keep acros alive! those are nice!

Never seen 1/4" frags before. I guess this hobby is going in the right direction.

Wow!!! Amazing job on raising those coral man. They all look awesome.
How often do you have the Z's monti for sale?

Do you still have any Oregon Blue Tort's left?

tqpolo said:
Never seen 1/4" frags before. I guess this hobby is going in the right direction.
Click to expand...

You could always simply not buy them.

What city are you in ? I'm in the inland empire ! Riverside

Its been a bit hectic with the response to the sale but I believe I have caught up with all pm's. Thank you everyone for the wonderful compliments. I still have more frags available