Stand Up companies and Customer Support.

This may seem longwinded and boring to some but I feel it's my duty to share this experience. Those of you who have followed my build thread will know that I've had a concern with the leveling of my ProClear Aquatics aquarium. For some strange reason the tank was not sitting level on the stand. After discussing with the manufacturer I just shimmed the uneven areas and let it go.
I had the privilege of meeting with Gary and Jeff at Reefapalooza Orlando and we discussed my install in more detail. After some brainstorming the only viable solution was the one I dreaded most.

The tank went through the uglies and the brown and the green and the red and all the other crap. The corals had finally decided to take on colors that resembled what I saw in the online pictures when I bought them. The parameters were actually looking like a straight line on a graph and not the Hulk rollercoaster at Universal.

My wife and I came home and got to talking... I called Gary... I explained the details and inconveniences involved. He told me he'd talk to Nick ( the owner) and get back to me.
a few hours later here's Gary:
Hello, Daniel. I spoke to Nick and we're going to bring a crew out and do the the whole switch over for you.
Well... that was that. A few days later we got up early and set up bins, buckets, and went to work. Gary and the Proclear crew arrived with a brand new stand and did all the manual labor. He then proceeded to level the legs and the tank was up and running that evening on a new stand.

I've had smaller issues in the past, BRS replaced an Ecotech light mount which had been damaged in shipment. Amazon replaced a leaking bottle of Bath wash,(Irish Springs) I just love that smell. And other minor things along the way but to have the VP of sales and marketing come out and level my stand for me, well that was just awesome.

I feel that we are all to eager to jump on companies when something is wrong and let the world know that their products suck, their customer service sucks, and they and their friends and family all suck.
In this case I need to point out that I received exactly the opposite. A manufacturing defect was addressed and corrected. The customer was satisfied and the integrity of the company remained intact.

For the record, Pro Clear Aquatics did right by me and they don't suck.

I'd love to hear from my fellow reefers and how you were treated when something was less than perfect. 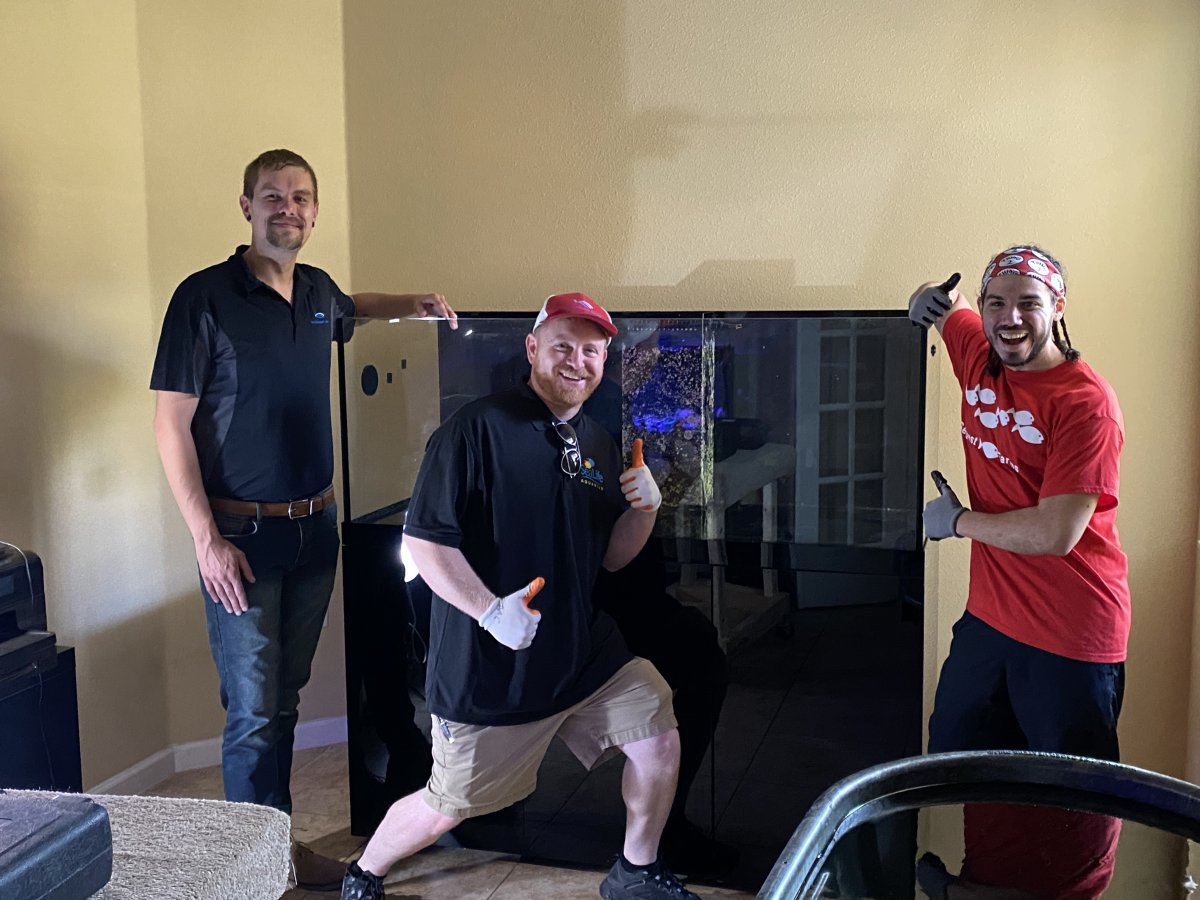 Thanks for an awesome job guys. Thanks to the guys from Sea Life in Ocoee. Great chatting with you and seeing that custom dolly at work. LOL
Last edited: Jun 5, 2021