The coolest anemones on the market! What are they?

Today's QOTD is going to be very technical so hang with me on this one and I hope you understand the question. Here it goes!

What are the most awesome anemones available in our hobby today? 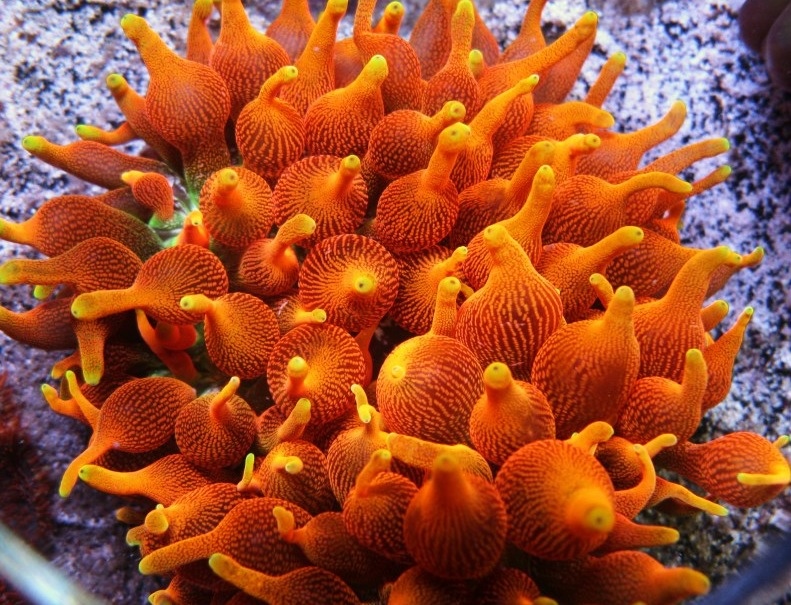 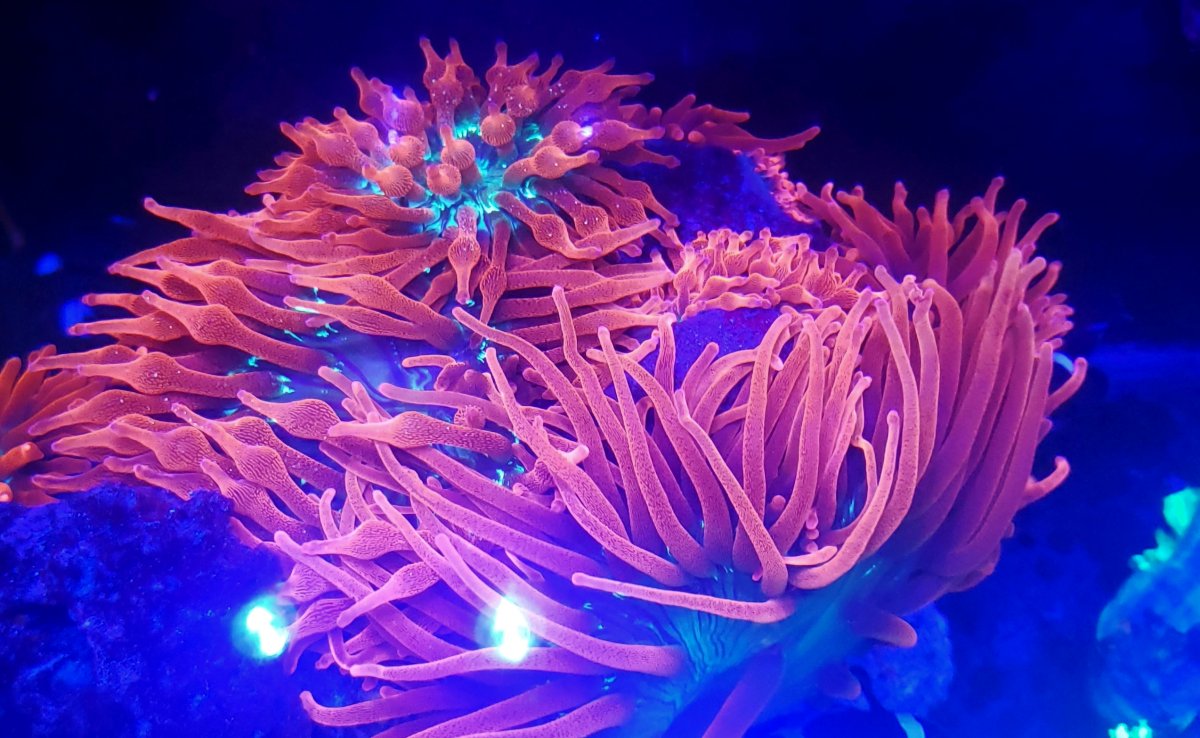 I've always been too afraid to add them, though they are beautiful. Seems too risky to add something to the tank that can both sting other coral, and move around on it's own. I do appreciate looking at them in other's tanks though

Reefs and Geeks said:
I've always been too afraid to add them, though they are beautiful. Seems too risky to add something to the tank that can both sting other coral, and move around on it's own. I do appreciate looking at them in other's tanks though
Click to expand...

Lovefish77 said:
These are only some of the bunch of black widows I have

Do You sell these?

revhtree said:
Today's QOTD is going to be very technical so hang with me on this one and I hope you understand the question. Here it goes!

What are the most awesome anemones available in our hobby today?

I like gigantea anemones with a clown pair or group in them.

A BTA I got from a LFS. It got sucked into a powerhead and was almost dead- they let me have it for free!! 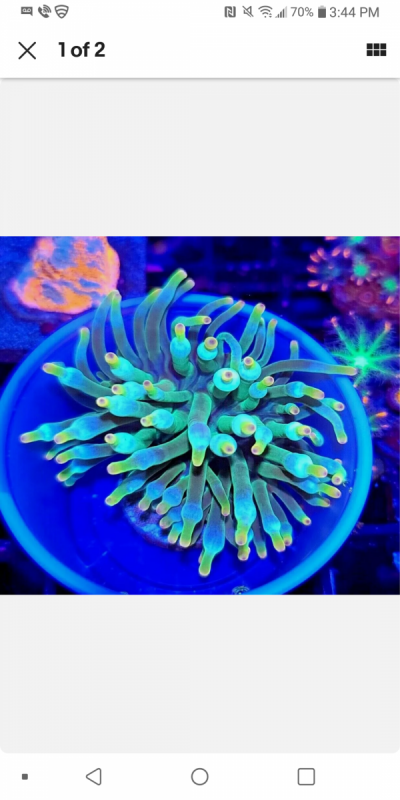 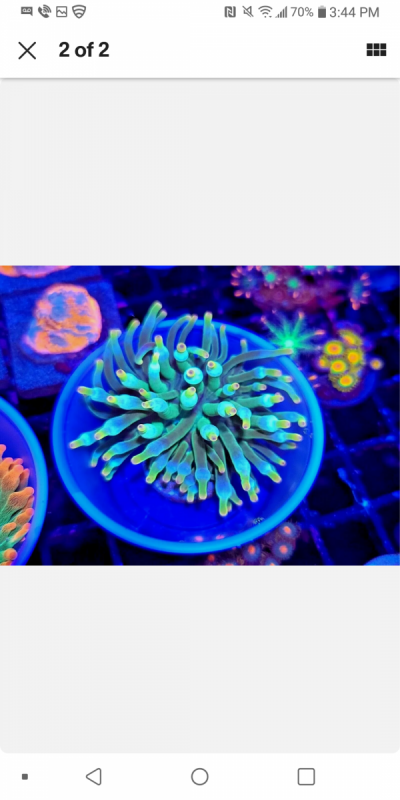 Tom Giddens said:
Do You sell these?
Click to expand...

Of course. I have a thread for them. Check under my listings.

A Healthy Mag anemone with a pair Ocellaris clownfish is like having warm apple pie on a cool winter evening. 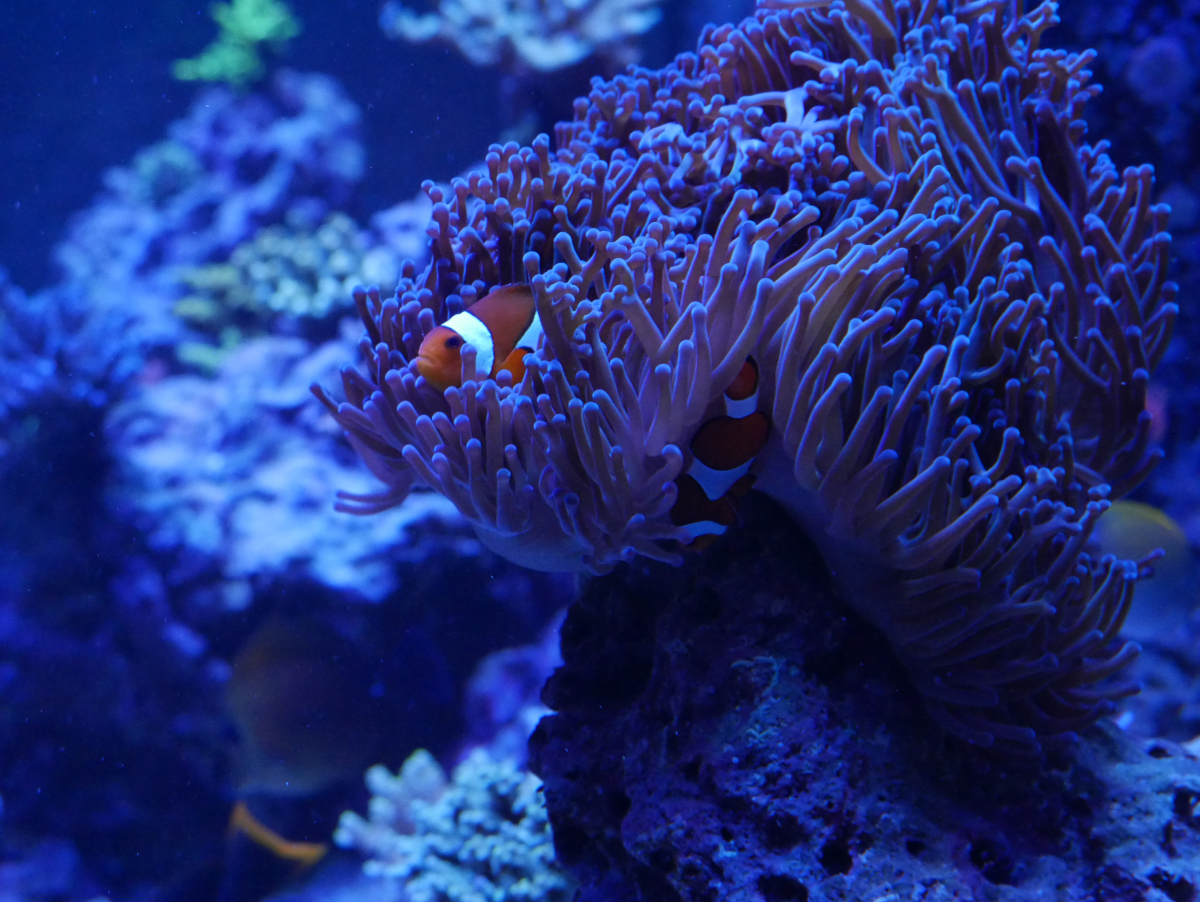 I voted no. (if I understand the question correctly)
I think some of the rock nems I've seen are the coolest, but I wouldn't keep any in my system.

willing to if the price is right haha

If I knew they'd stay put I would like them a lot more! Gigantea are less likely to move but I love the Heteractis magnifica.

I voted "no" because I'm "Anemone'd Out" - I have 16 (maybe 17 can't tell they're grouped together) RBTAs and a carpet. I love nems just have an over-abundance of them.

Personally, while I love BTAs, LTAs are the absolute best of them all. They don't split willy nilly, they get massive, and you can find some pretty freaking insanely colored ones (Yellow, green, zebra striped). They only downside is that they get very big and require a sandbed, but that second issue can be solved by just giving them a tall glass of sand to live in. They host clownfish seemingly more readily than BTAs and look far more like the natural host nems of many clown species.
I may be biased though, because in my whole 6 years of reefing I have never been able to keep a BTA alive lol So maybe that has something to do with it?
Last edited: Dec 3, 2020

https://www.reef2reef.com/data/video/1359/1359961-99a55b5d3f99ce84a05d6d8dac4ff91b.mp4
Here's a video of mine from a few years ago, currently I am nursing him back to health from an infection. In this video, he was about ten inches across, and the largest he ever expanded to was well over a foot in diameter.

I used to keep nems but got tired of them taking walks around the tank for no reason and touching my corals. Personally, I have always been fascinated by Cold Water Aquariums. The cold water varieties of anemones are beautiful, in my opinion; especially the Giant Green Anemones. Are there are users on here that have any Cold Water Tanks? 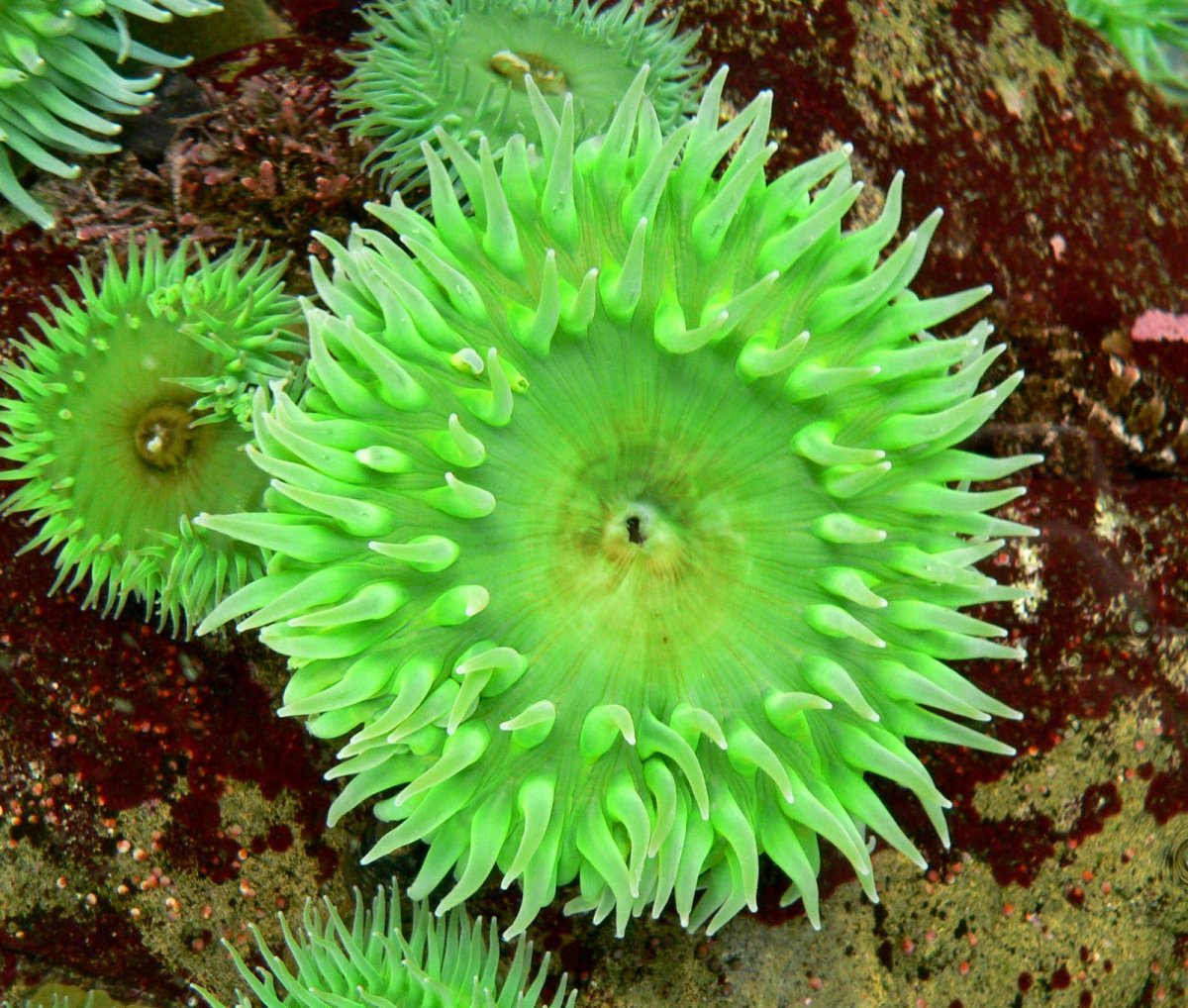 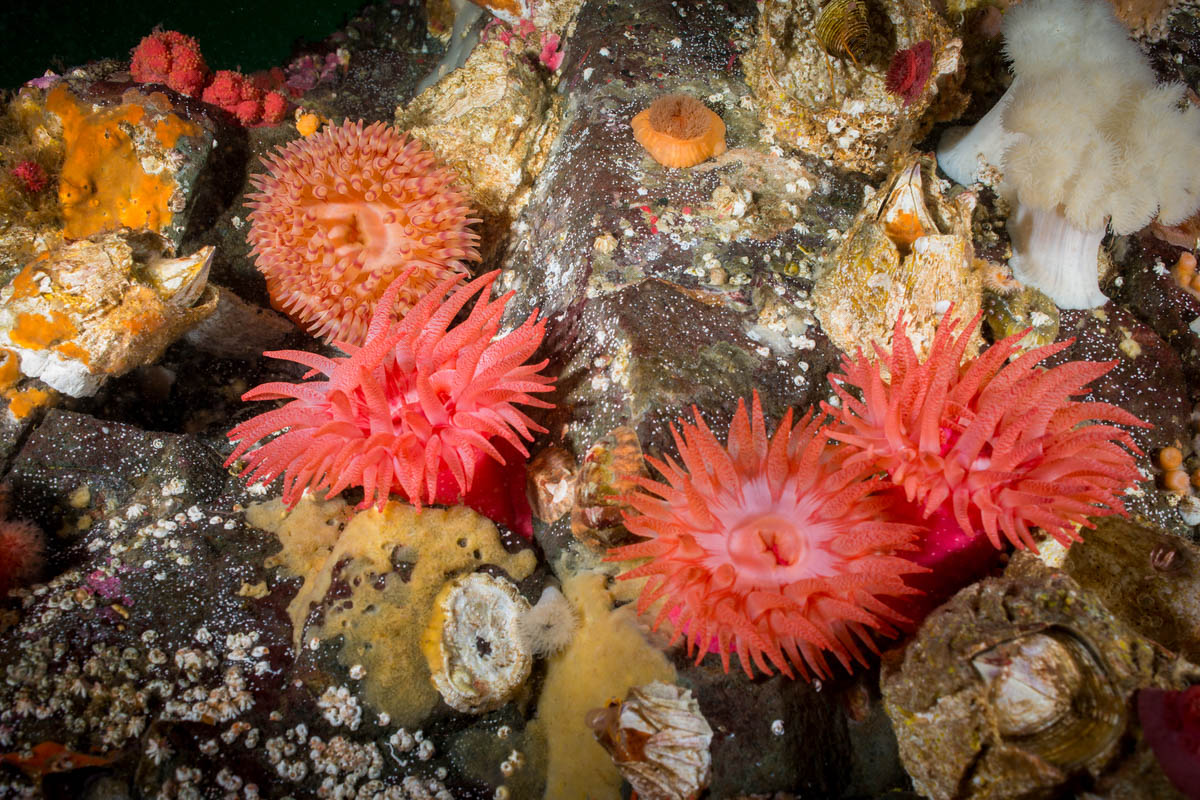 I really like the look of the Black Widow and Sunburst (Chicago / Colorado) bubble tip anemones. Haven’t kept any myself but they are on the wishlist for a clownfish and nem only tank.

QUESTION OF THE DAY Moving Attached Anemones: What's your go to method? A cup and a hole might work!

QUESTION OF THE DAY How can you make money from the reefing hobby?
2 3 4 5

QUESTION OF THE DAY When your coral looks sick do you take action or hope for the best?
2 3