The most favorite anemone type of the R2R community is.....

Clo said:
BTA!
I just ordered my first one, and I can't wait to have it in my tank.
Click to expand...

Cover all intakes including your gyre pump if you have one. I incorrectly assumed my gyre was up too high where it wouldn't wander. I had the most beautiful quad color BTA I've seen in a long time for 1 day. The first night it got shredded in the gyre. I almost shed a tear. I was so mad at myself.

NO SELF CONTROL | IG: @CrescentReefer

Fam5dad said:
Cover all intakes including your gyre pump if you have one. I incorrectly assumed my gyre was up too high where it wouldn't wander. I had the most beautiful quad color BTA I've seen in a long time for 1 day. The first night it got shredded in the gyre. I almost shed a tear. I was so mad at myself.
Click to expand...

I have nem covers on them already, but wondering if I should get netting instead for more coverage.
M

I have had 2 BTA and both slowly shrank to nothing and died. I have 3 RFA and all 3 continue to do very well. I have a Red Sea Reefer 250 that was set up in February. I don’t understand why the BTAs did poorly. 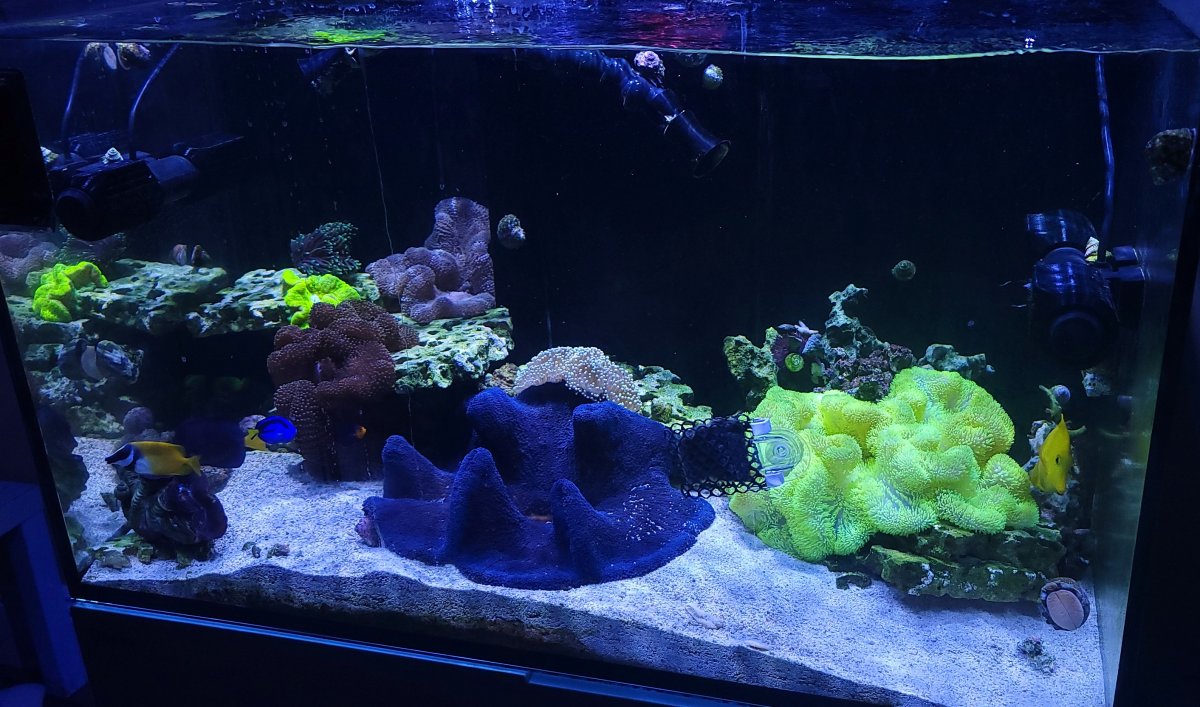 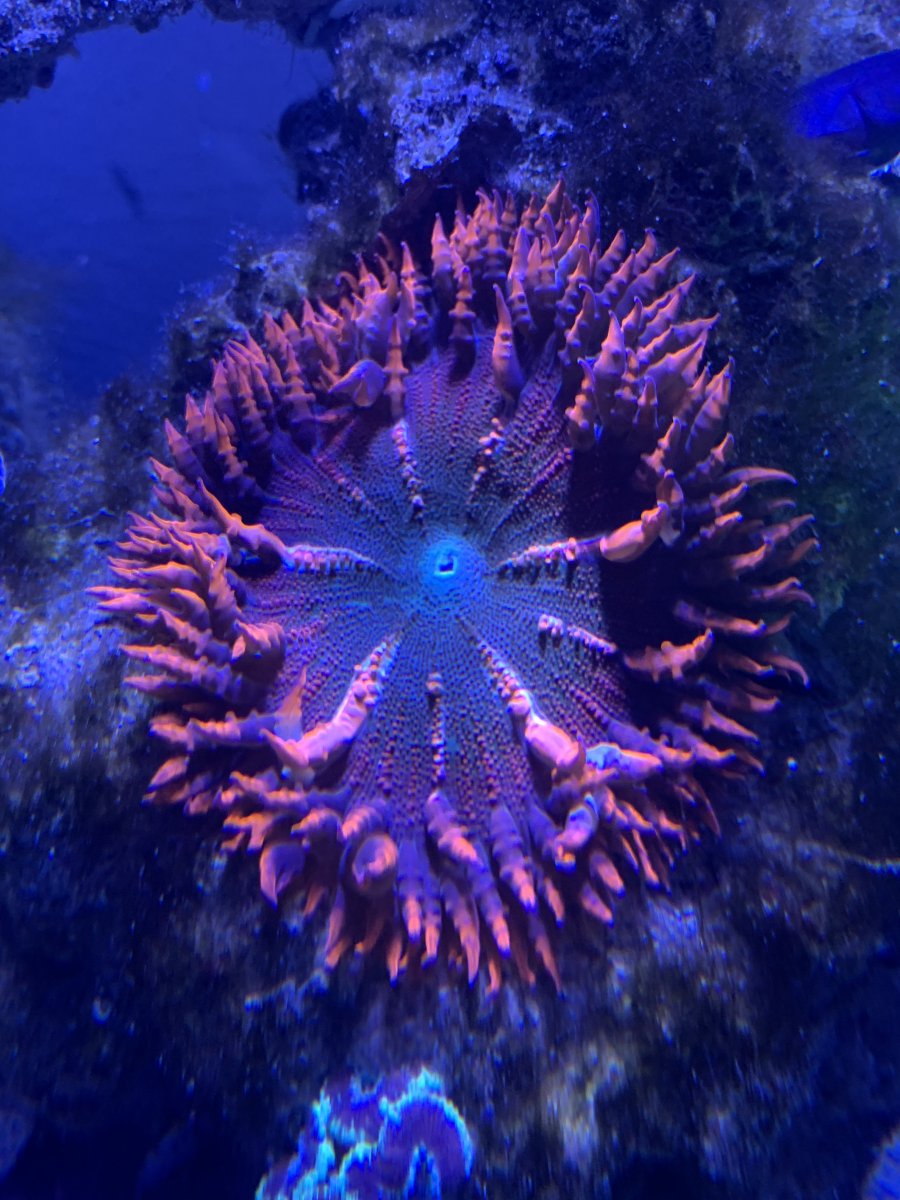 It’s team rock flower for me. This red guy is the centerpiece of my 20gal nano!

MiniReefInABox said:
You can’t go wrong with a beautiful BTA although I don’t and won’t ever have one. I like my corals too much
Click to expand...

This is why I have a separate tank for mine.

No way are they going into my main tank.

WHAT!? 0.7% How are you not seeing the beauty in a Condy Anemone? Without a doubt my favorite Anemone.
T

revhtree said:
In a recent QOTD we talked about your favorite inverts and the ANEMONE was the over-all vote leader! Today let's talk more about THE ANEMONE! This is what @LiveAquaria has to say about the sea anemone: "Most Anemones are sessile with a specialized foot used to anchor them in soft substrates or attach themselves to rocks and corals. Provide excellent water conditions, moderate to strong current, and intense lighting. Bits of shrimp or other meaty foods can be used to supplement their diet." Let's discuss!

1. What's your favorite type of anemone and why?

2. How many anemones do you currently have? 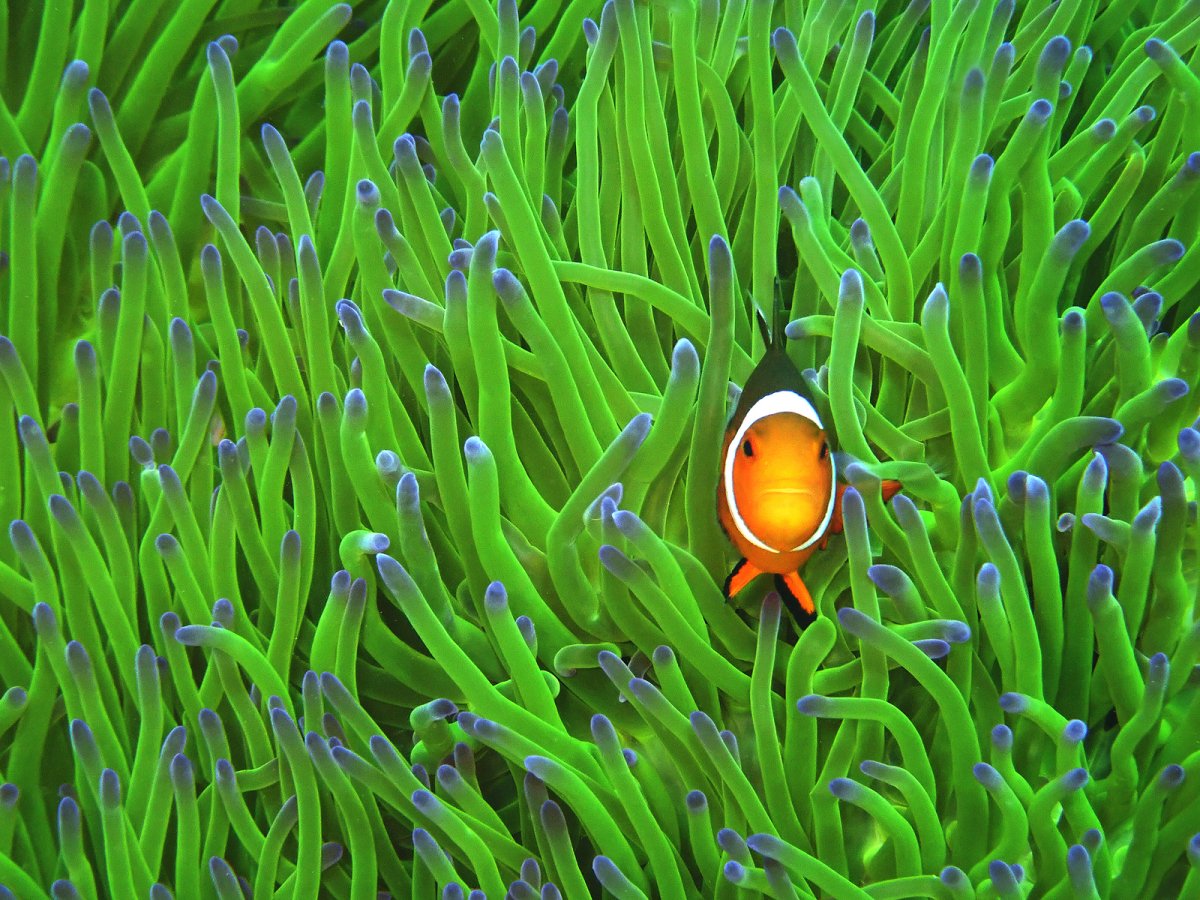 The one that stays in one place and doesn't walk around. Haven't met a BTA yet that doesn't walk sooner or later.

MUTiger said:
I have had 2 BTA and both slowly shrank to nothing and died. I have 3 RFA and all 3 continue to do very well. I have a Red Sea Reefer 250 that was set up in February. I don’t understand why the BTAs did poorly.
Click to expand...

I'm sure you can find more answers in the Nem thread section in R2R there's a lot of awesome articles there.

There's lots of correlation between new tanks and BTA's and Gig's not doing well, whereas RFA's and shrooms have no problem. I know newer tanks on APEX graphs have bigger swings in params including specifically ph and alk than older tanks, not sure if it's that or exactly what, since Carpets and BTA's specifically want to have equilibrium with the water inside and the water outside.

But either the swings or something happens that gets them all stressed out and, then they normally end up dying from a bacterial infection, but the weakened immune system is the original culprit, most likely caused by stress ( and the stress most likely from the swings) but could be something else stressing them out in newer tanks... Or at least my best understanding so far in why they often don't do well in newer tanks even when SPS and other "hard to keep" things can.

But there is many reports as well of people throwing BTA's and Carpets into 10 day old tanks with no problem, but normally those are transfer tanks, or tanks fully seeded with live rock etc, also normally they're the only additions with maybe a few clowns vs something with a more mixed and heavy bio load/diversity. maybe that leads to more threats of infection???? Anyway point is you'll find more answers there if you spend the time to read through. There's a lot of good threads.

There's quite a few Nem heads on this forum too you can always read though and then @ them or tag them for a specific question for help with nems. 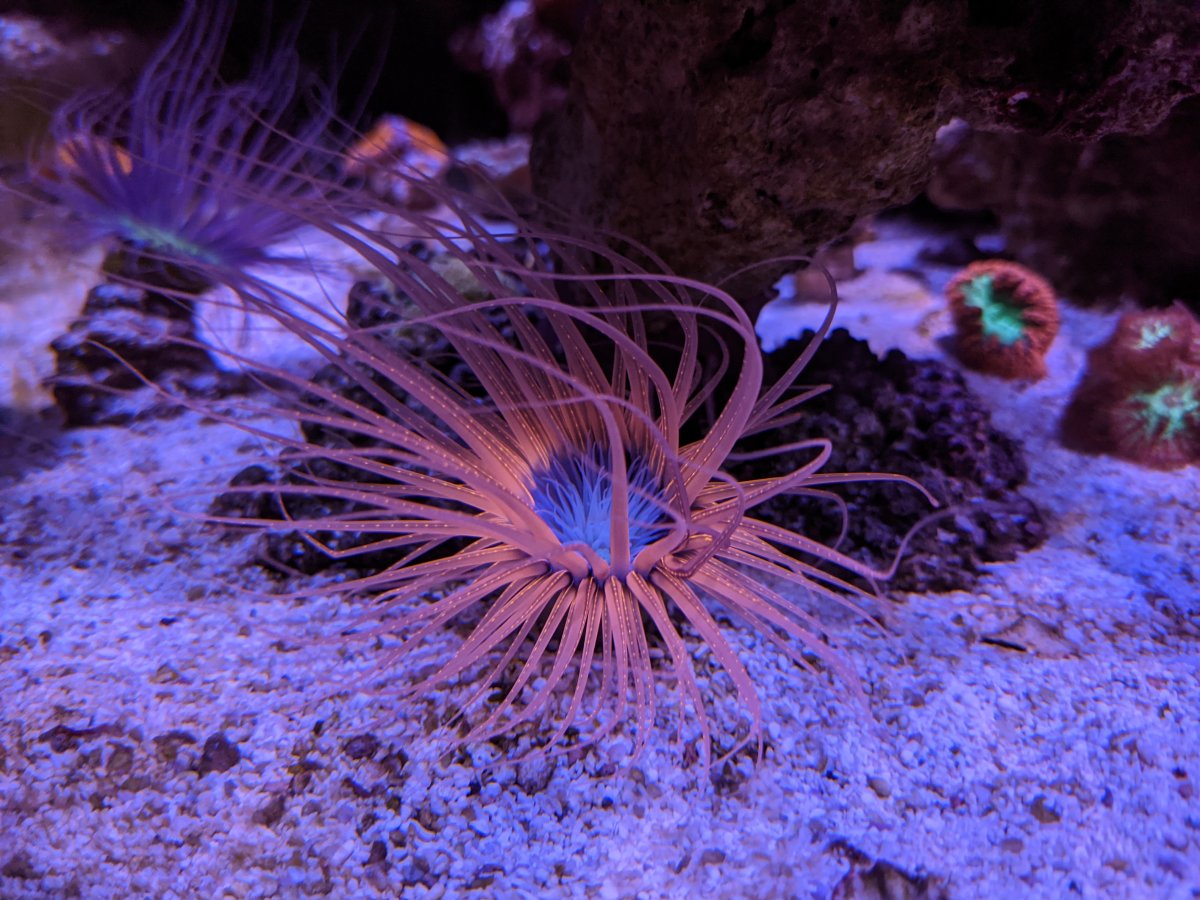 It’s team rock flower for me. This red guy is the centerpiece of my 20gal nano!
Click to expand...

I’m right there with ya! They’re colorful, pretty much stay put, and are hardy…definitely a winner! 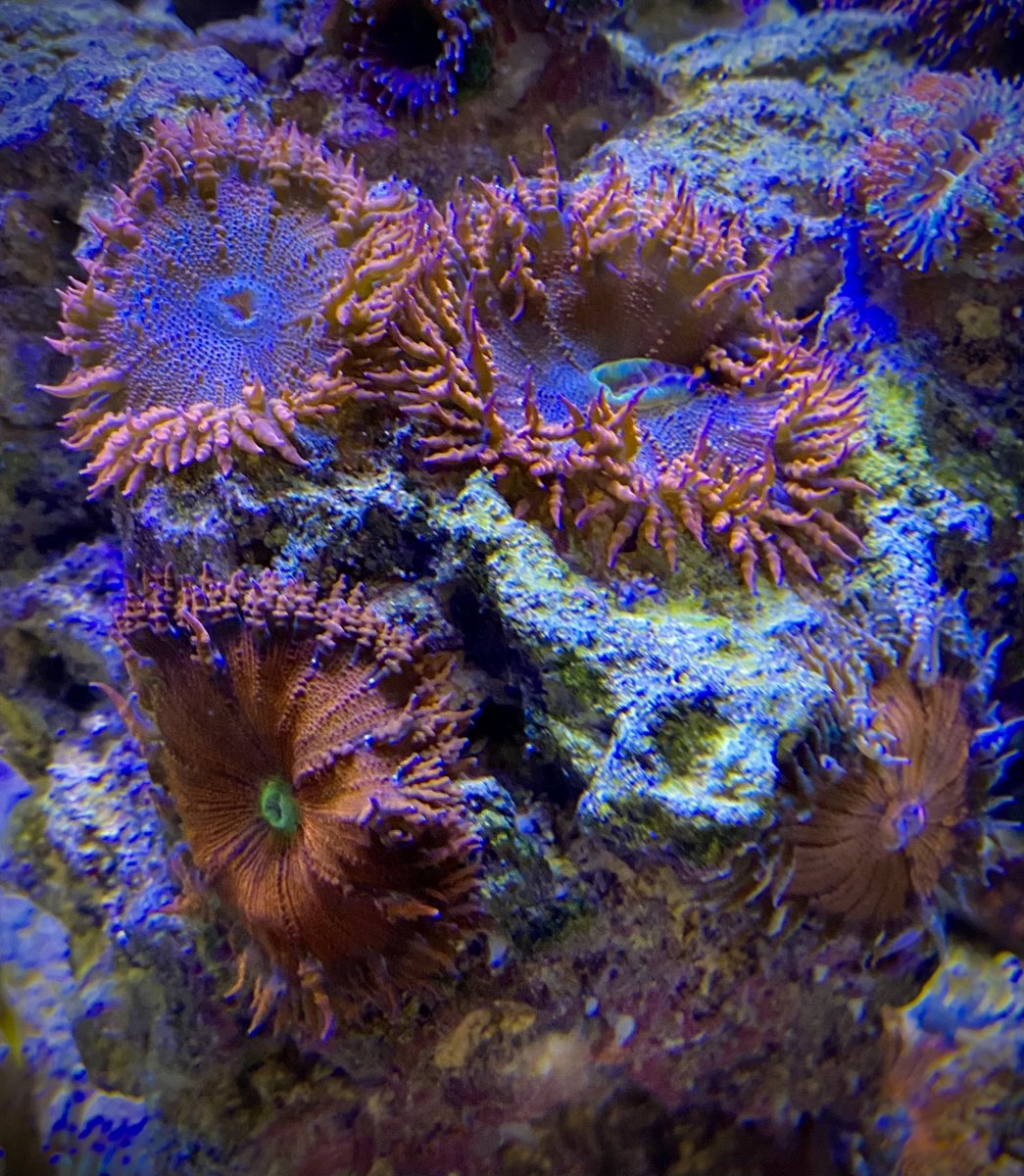 design.maddie said:
WHAT!? 0.7% How are you not seeing the beauty in a Condy Anemone? Without a doubt my favorite Anemone.
Click to expand...

Word on the street is they don't host clowns. Can't be dissn' my friends like that. The voters were probably just a bunch of clowns. Pun intended.

1. My favorite are BTAs because they are hardy, easy to reproduce in captivity (sustainability and all that jazz) and are very diverse in appearance. They also have character and are very clown friendly. 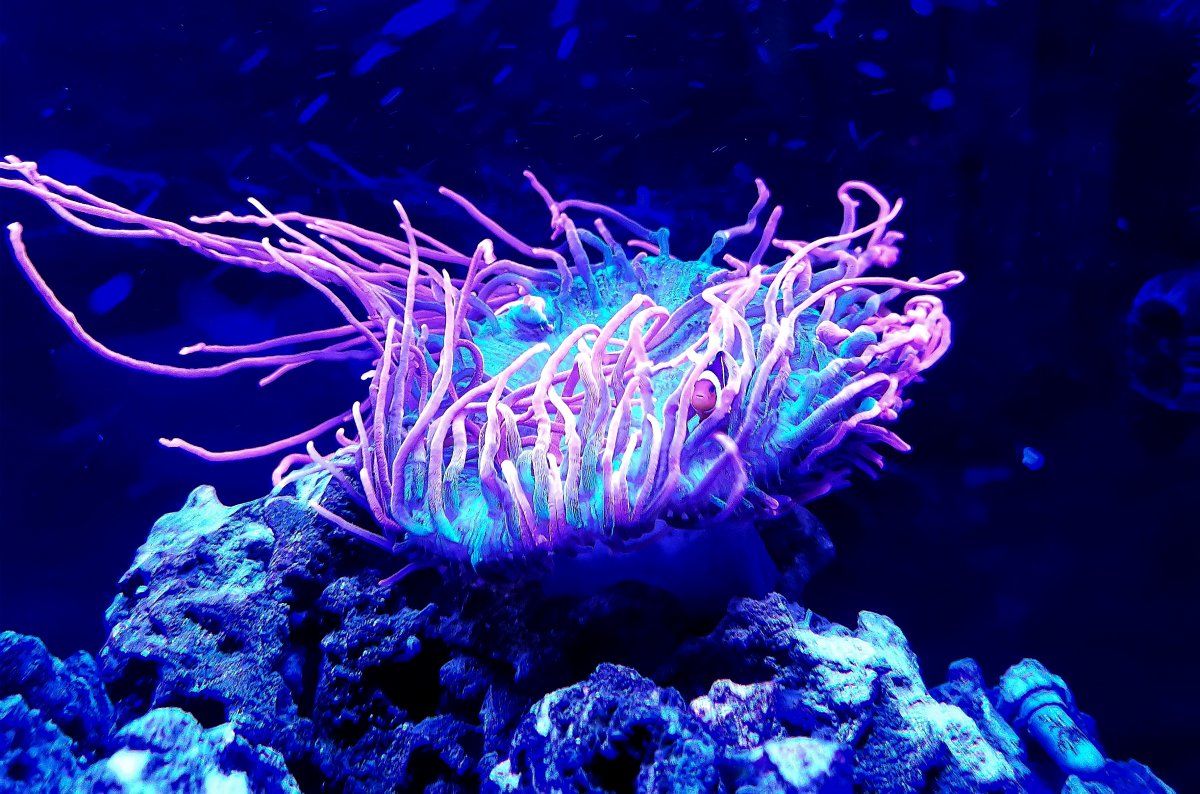 I the large carpets are amazing and would dearly love to have one someday, but for the foreseeable future I'm stuck with a tiny tank space, so I have a mix of BTAs and RFAs. My first three BTAs did not make it--one due to foot damage sustained at my LFS, one that did not handle my tank upgrade, and of course the prerequisite 'my favorite one got up one day and walked into the powerhead I did not think it could reach'. I have three currently, two who are doing great and my now favorite one that absurdly lost a battle with an RFA and is veeeeery slowly working his way around the rock to escape it. Eventually he'll settle somewhere I can enjoy him again.

I have 8 RFAs and they've been a bit of a mixed bag for me; 6 of the 8 stayed exactly where I put them and have been model citizens. One looked awful from the moment I put it in and has tried several different very hard-to-see spots, and long term probably won't pull through. The last is the jerk that decided to climb straight up my rock face to my perfectly-positioned favorite BTA and teach it who was the boss of the tank. Thought really hard about ripping him out, but the BTA is in the process of relocating and honestly I want a nem in that spot so...he lives for now.

Love my Magnifica but it online form a dealer that sells there clones. Tried wild ones never held up for me. But this tank raised Magnifica gone thru water swings and still kicking. Also my 4 clown fish love it to death. 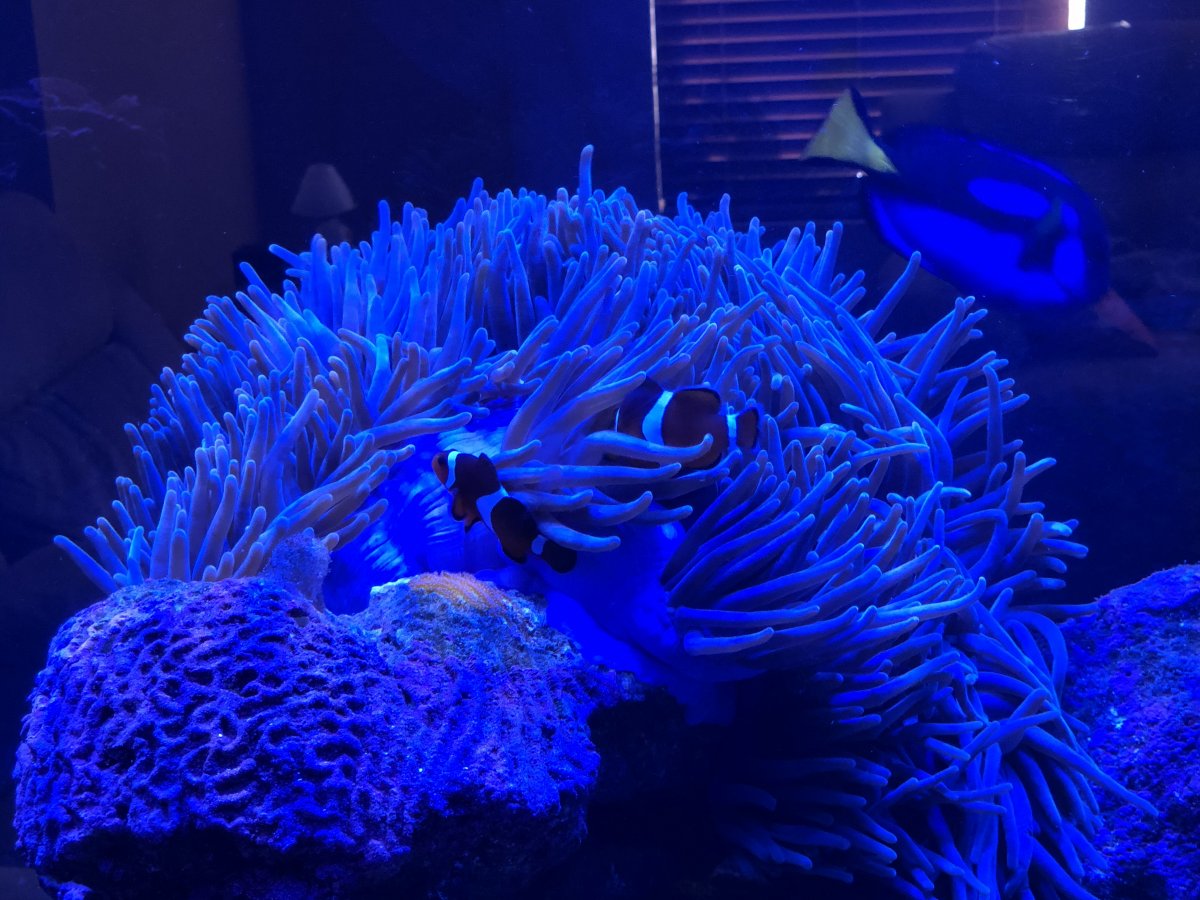 When it comes to nems it’s hard to beat S. Gigantea, imo. Something about all those tentacles moving around that just makes them so cool. 2 of mine 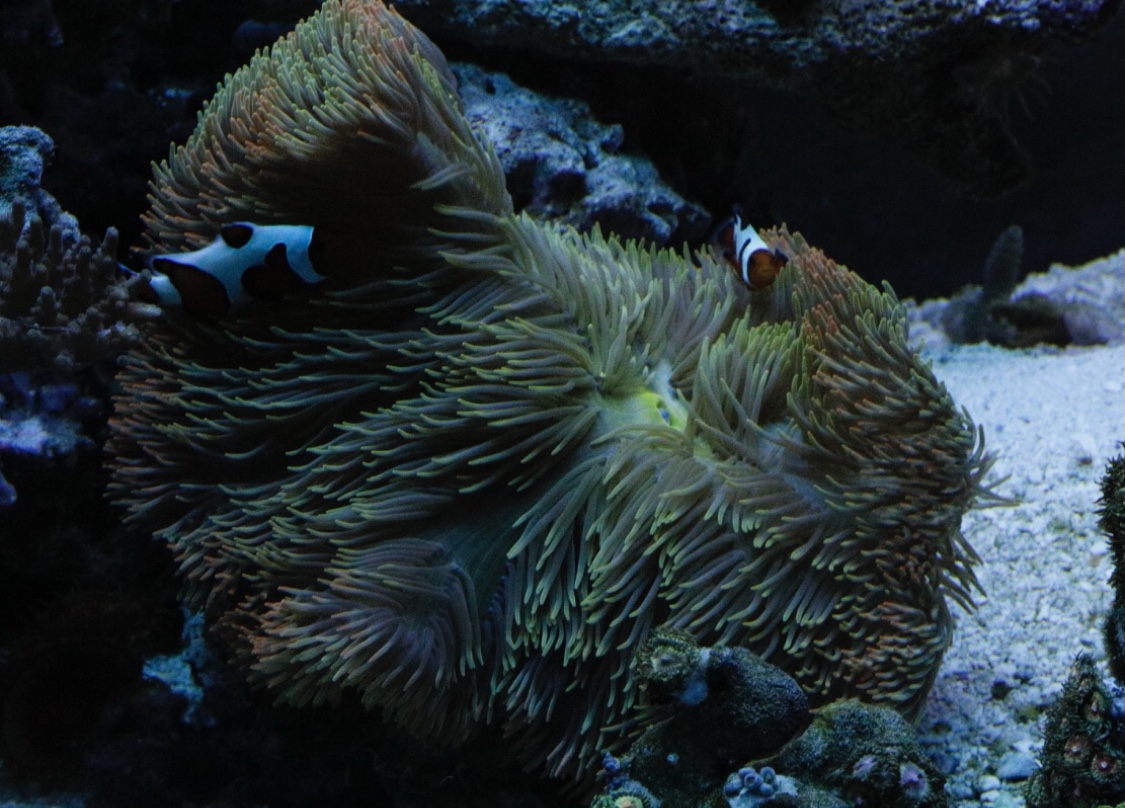 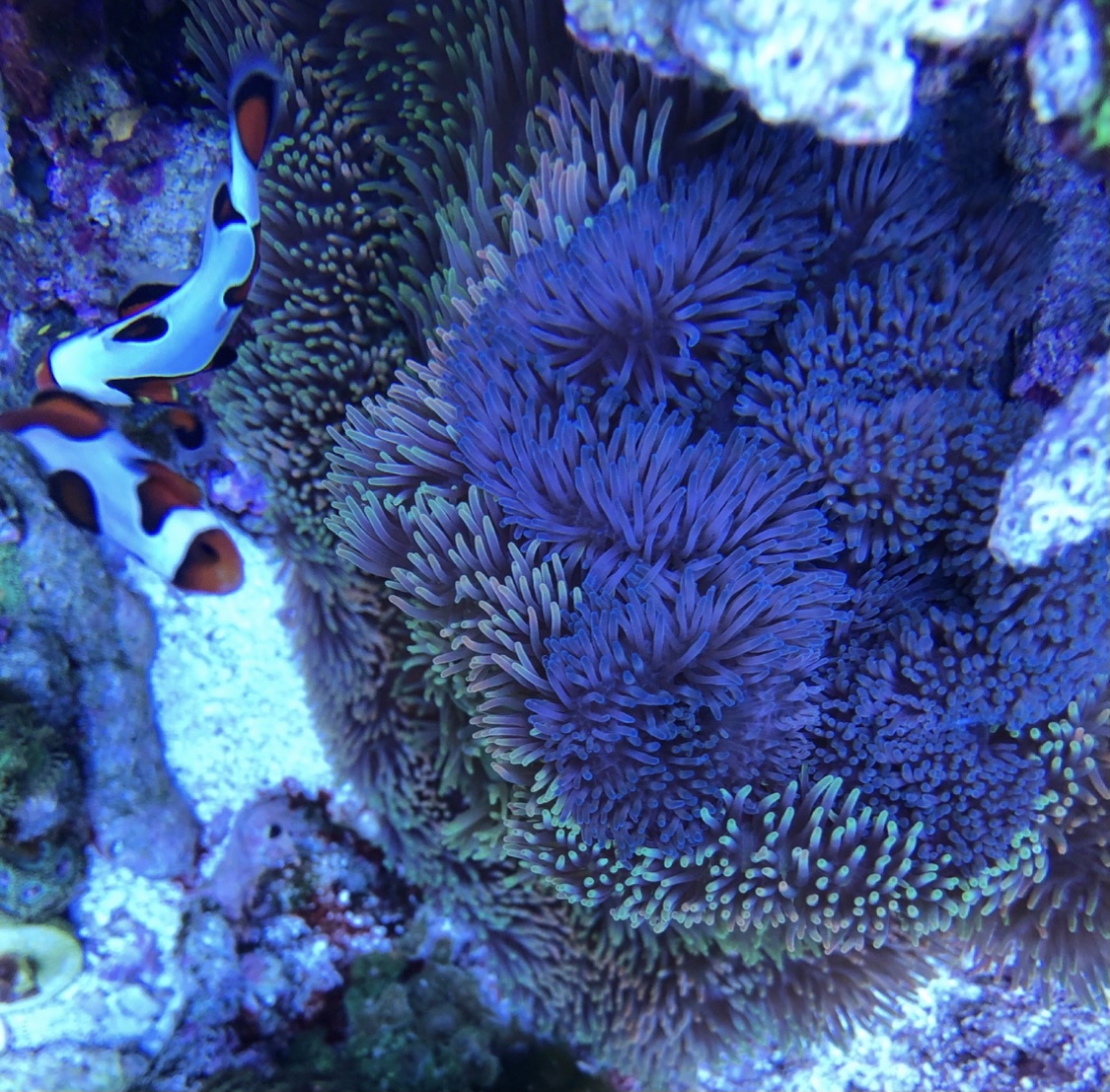 QUESTION OF THE DAY The MOST beautiful fish and fish types in the hobby! Do you have one?
3 4 5 6 7

QUESTION OF THE DAY The BEST eradicator of the evil Aiptasia Anemone!
4 5 6 7 8

QUESTION OF THE DAY Aquascaping GLUE and some "gluing" tips for your rocks!
2 3 4 5 6

QUESTION OF THE DAY THIS aiptasia killer got MOST VOTES but be careful, you might not have the REAL thing!
2 3 4

QUESTION OF THE DAY The BUBBLES in the Bubble Tip Anemone: Do you care?
2 3 4