The Silver Linings Tank Thread, or "My 180G Build"

So, how do you turn a tragedy into something good?

About 2 yrs ago I had a 125G that had started 10 yrs earlier as a FOWLR, no sump, all hang on back stuff. I had been adding and upgrading and tinkering and well, most of you know the drill. LFS was having a tank sale and got a great deal on a Marineland 180G reef ready tank. My idea was to put it on the custom cabinets I'd had made for the 125G (there was enough depth) and put a sump in the basement underneath. Here is a pic of the original setup. 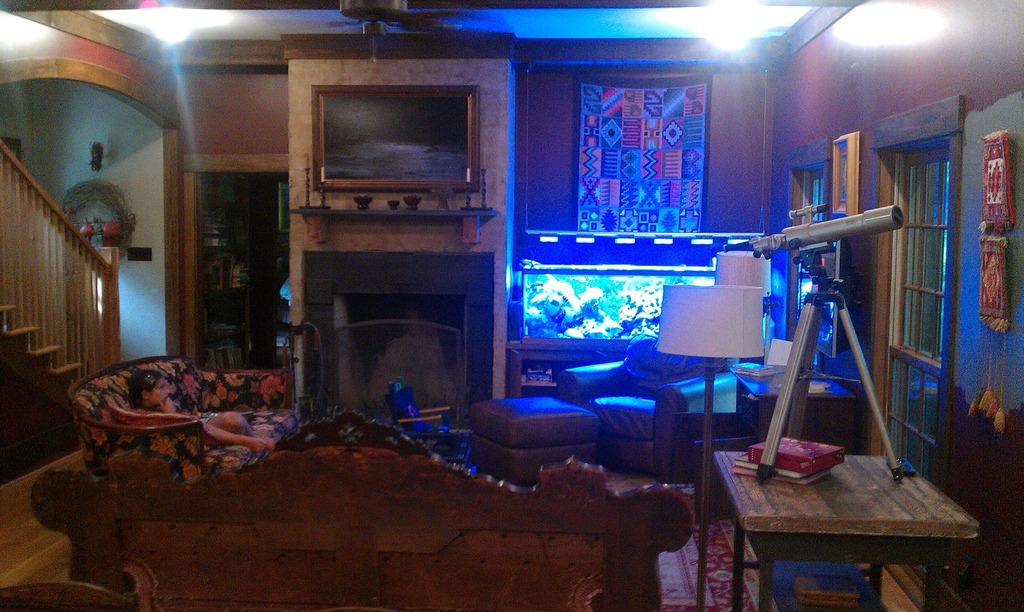 I bought the 180 and also got a 75G sump from a local guy who was moving. I dithered about, trying to decide how best to swap out an existing tank and put the replacement in without losing thousands of $'s of livestock. The 180 and sump went into the barn while I tried to come up with a plan.

Well, Long story short, we were out of town and there was a lightning strike on the power pole which traveled through the underground power and caught the house on fire. We live in the woods, middle of nowhere, no neighbors. By the time anyone figured out where the smoke was coming from, it had been going for 3-4 hrs. 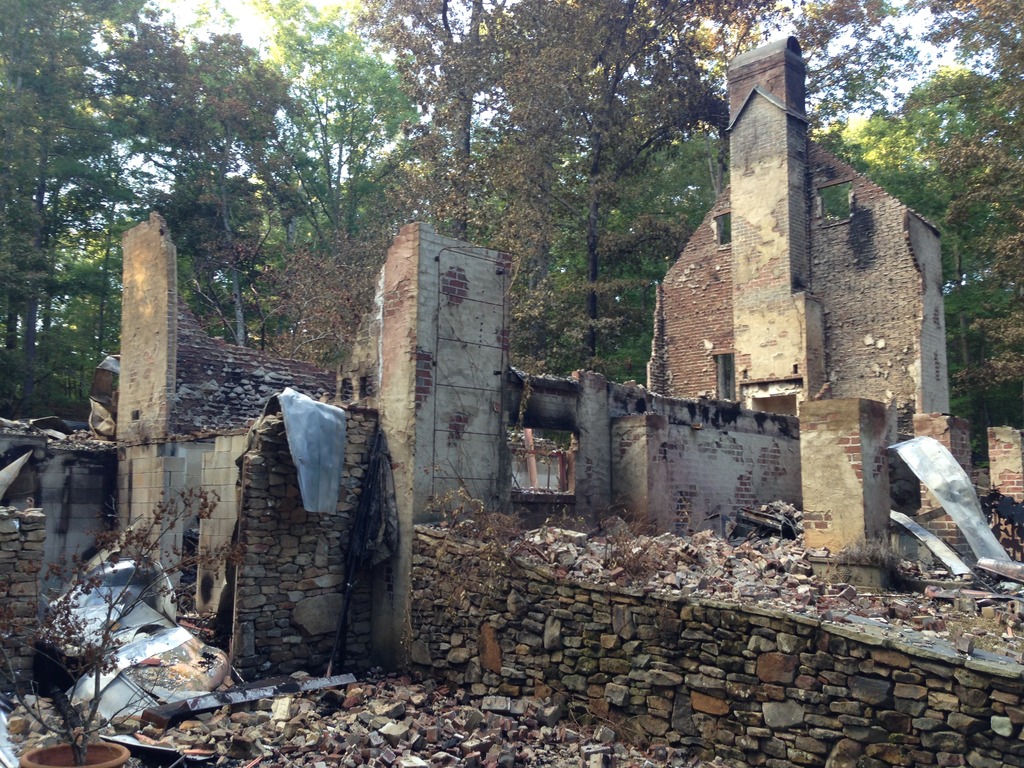 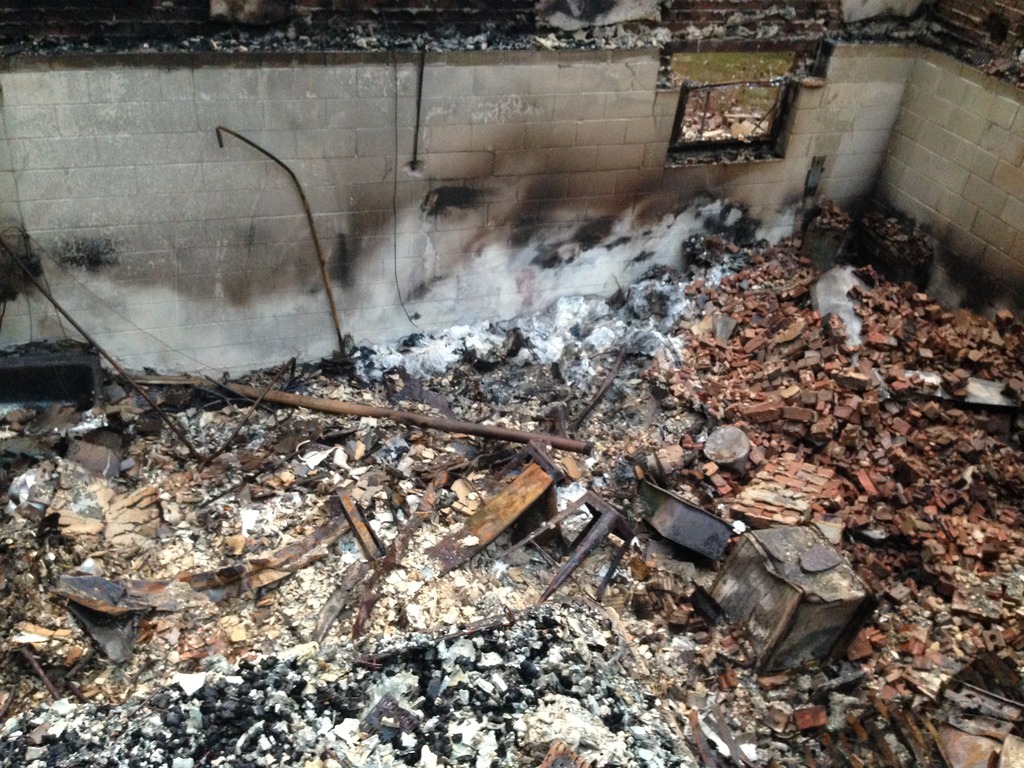 Soooooooo, no longer a problem worrying about losing the livestock. More worried about little things like, where are we going to live? In the 2 years that followed I learned many lessons, including...
1- know what's important, no one died, It's just stuff. Important, seemingly irreplaceable stuff, but stuff nonetheless.
2- The value of good insurance, Wow, unreal what a difference this can make. I was fortunate and had the great fortune to have good insurance. Hated writing that check every year, but will never, ever begrudge the annual premium now.
3- Look for the silver linings, very easy to get discouraged and angry/upset. It's much harder to look for the bright side, but much more rewarding.

So, one of my silver linings is that I can start the build for my new tank from scratch. Do it right the first time (or at least as good as I can). I posted a thread last year asking for ideas and got lots of great suggestions, among them
Plenty of dedicated power
floor drain
supports
water station

Somewhere along the way I picked up a used 75G setup from a local guy who was upgrading for a steal of a deal. It's allowed me to feed my addiction for coral, without having to rush into this build. But now I'm getting the itch, seeing that open, empty cabinet sitting there waiting is getting to me. 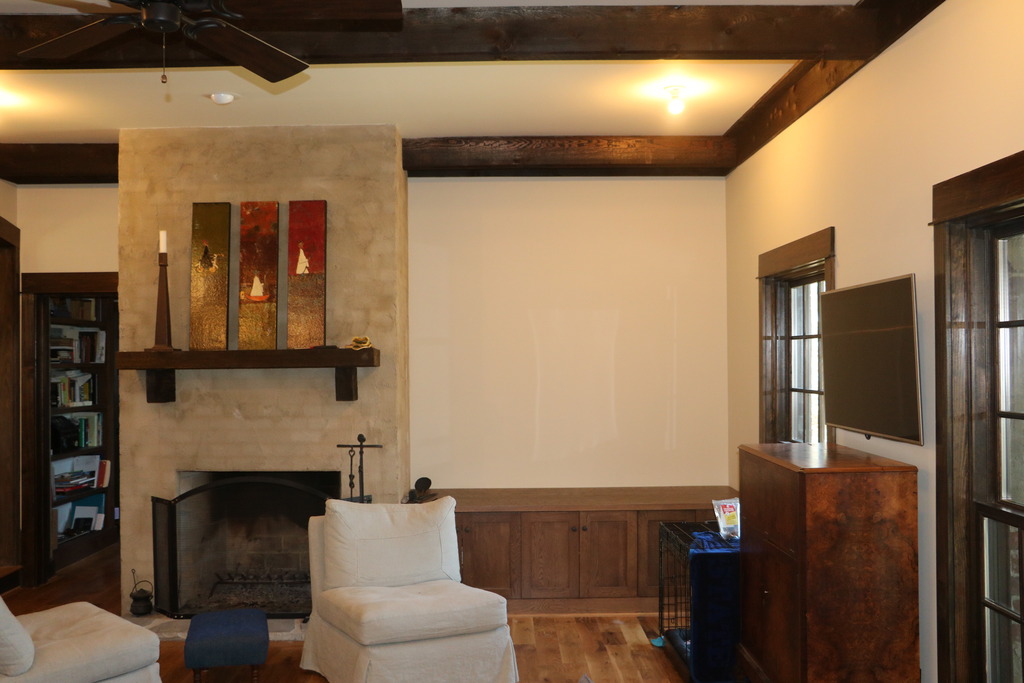 Quick note: yes, that is a different house. We rebuilt the same floor plan. We loved that house, why mess with a good thing?

Here is a picture of the basement/sump area below the tank cabinet upstairs. 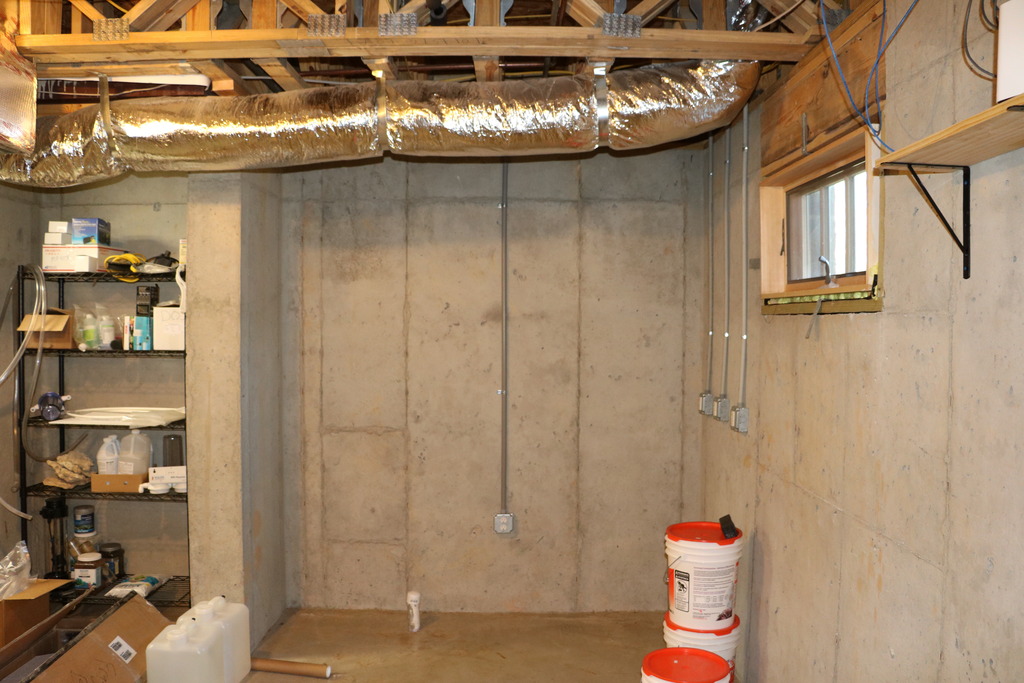 My plan is to put a low (4") lip across the front of that alcove and tile the whole thing, putting a shower type drain on the PVC drain in the floor. I'm imaging putting the sump on a low-ish stand (maybe 18-24") so I can siphon out junk and make it easier to work on. The sump has a 24" refugium section, but I'm mulling over the idea of a separate fuge on a bypass from the return back to the sump. Maybe add that later. To jump start myself, and to generate some more enthusiasm I placed an order for hardware earlier this week. I guess I'm supposed to put a "list" of equipment I'm using, that seems to be the way these threads read. Excuse me, but posting a "build thread" isn't really something I planned on doing, but I'm probably going to be asking for help at some point and thought it would be helpful to have a reference somewhere to point to.

Lights- Giessman Aurora T5-LED Hybrid 60" (side note: bought this fixture from @Greengny who won it from BRS and couldn't use such a big fixture, thanks man, finally getting around to using this beauty)
Return pump- Abyzz A200 DC pump
Controller- Apex
PowerHeads, MP40's/10
Skimmer- Vertex Alpha 200
ATO- Osmolator

Planning on using fiji live-rock, got a couple boxes airfreighted in when I did my "temporary tank" and it was beautiful. Cured in like 3 days in a 45G Brute.

So, pump arriving today, the balance of the stuff is coming middle of next week. I've got my cabinet guy coming back next week (I'm going to have him add another interior frame inside the cabinet just to be safe..............even though he built it to park a truck on top of).

And while I've got you here, here are a couple pics of what's going on in my temp 75G 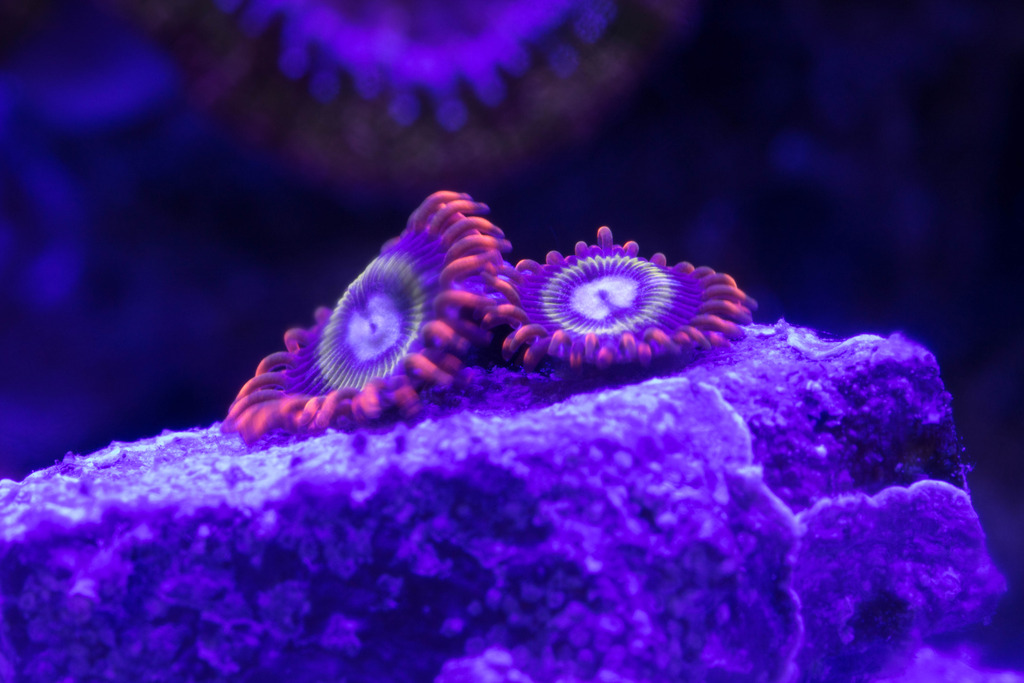 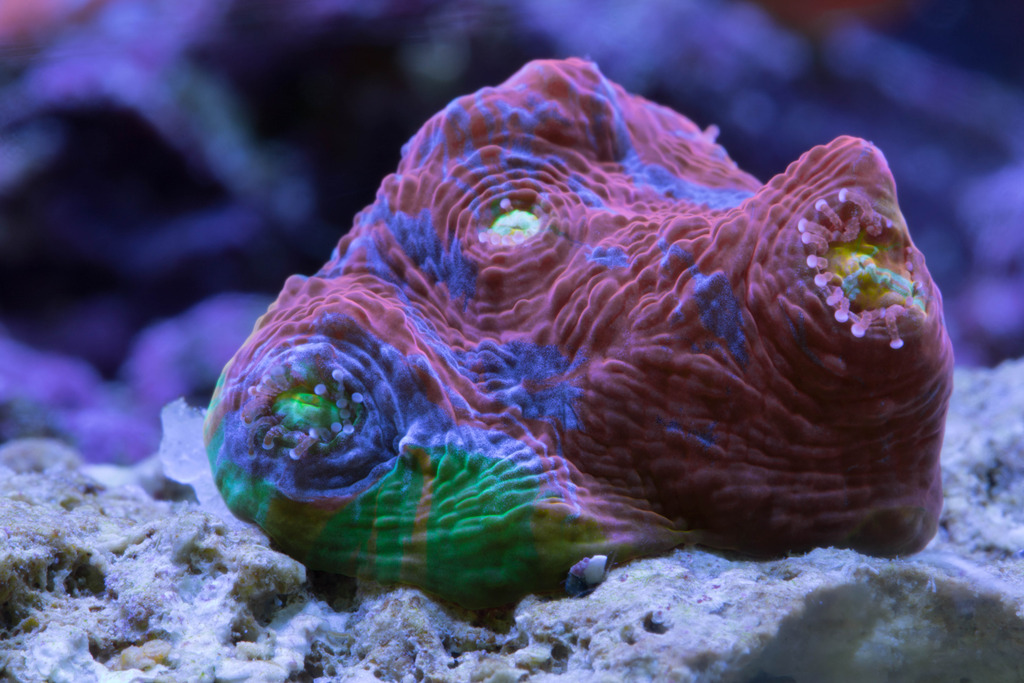 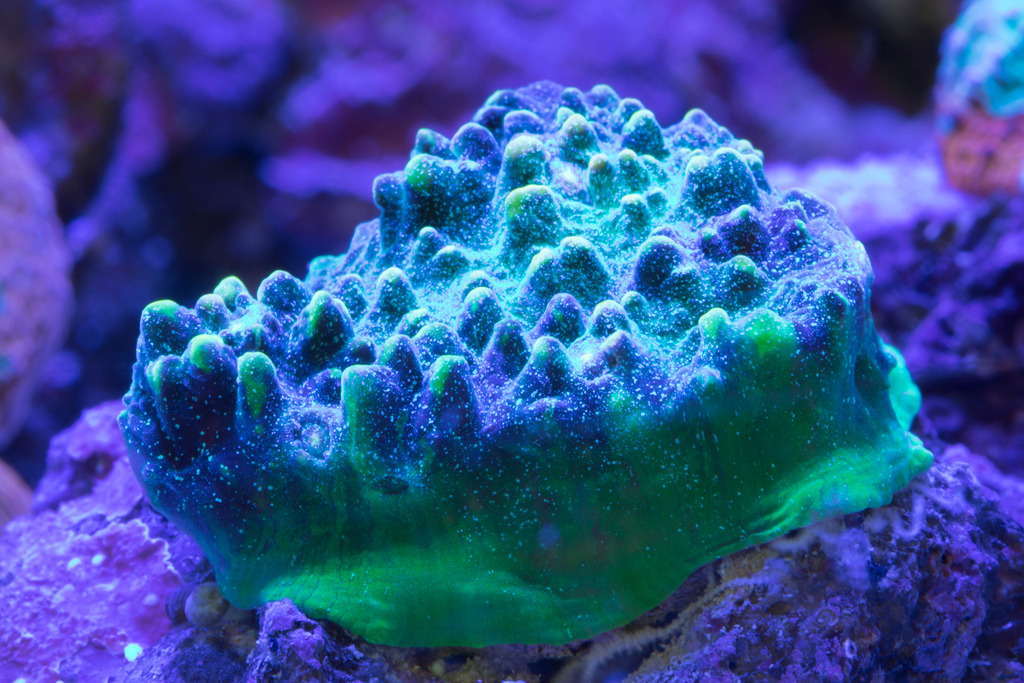 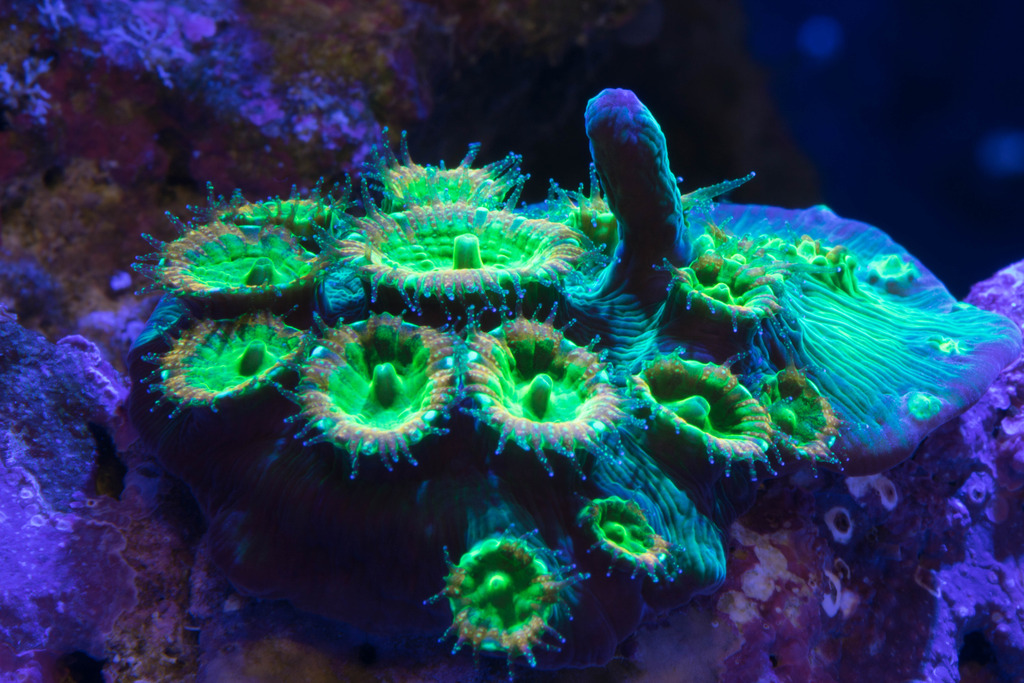 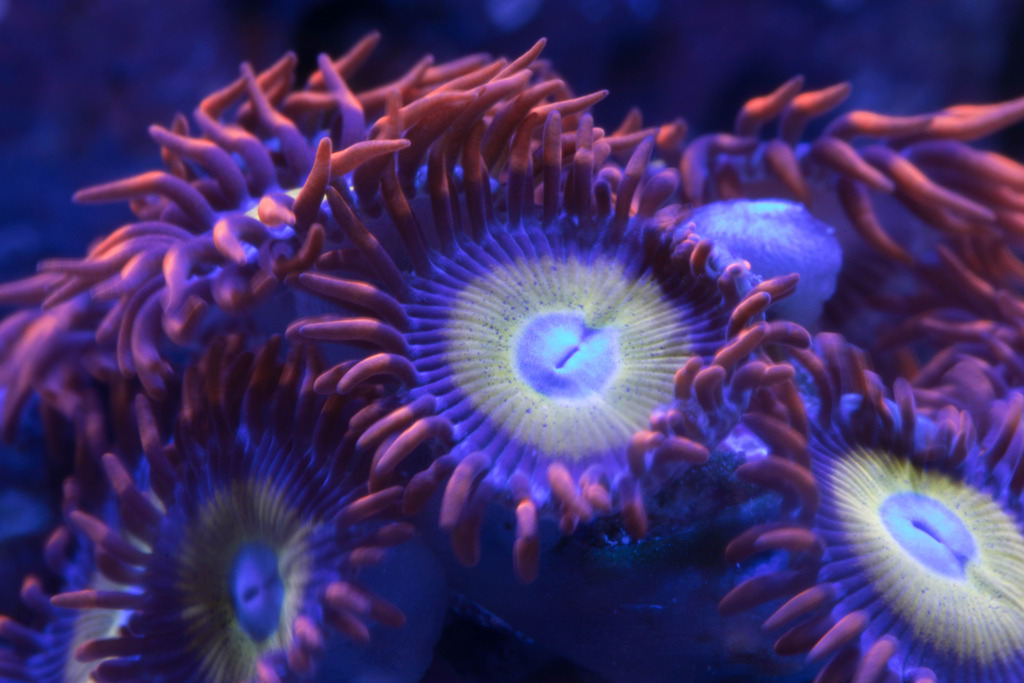 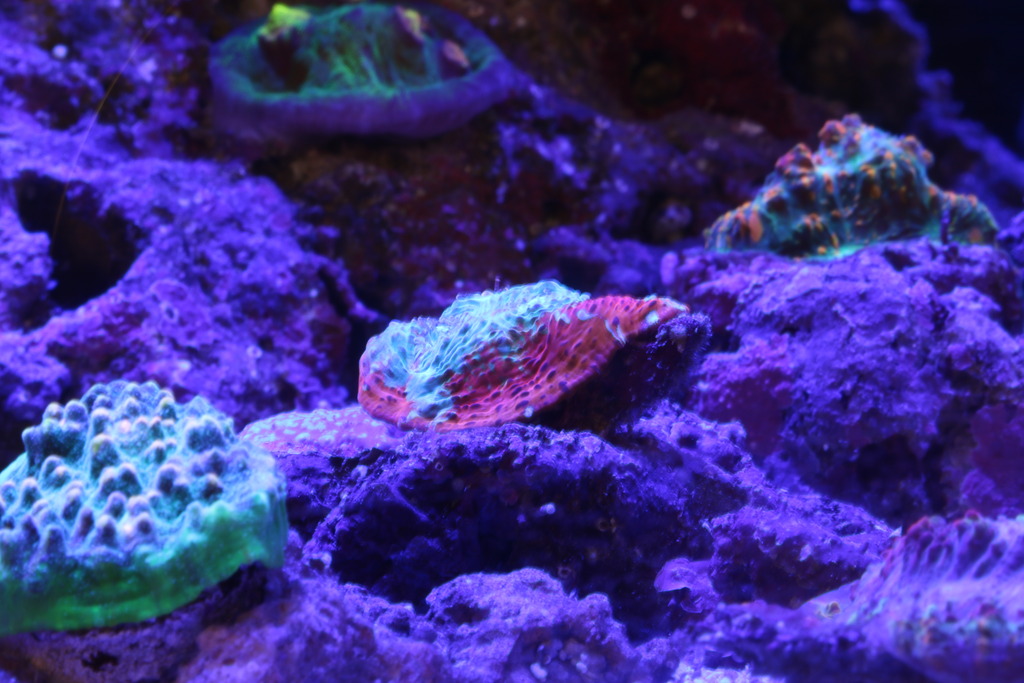 Excuse the ugly piece of rock behind this one, just came out of the sump. 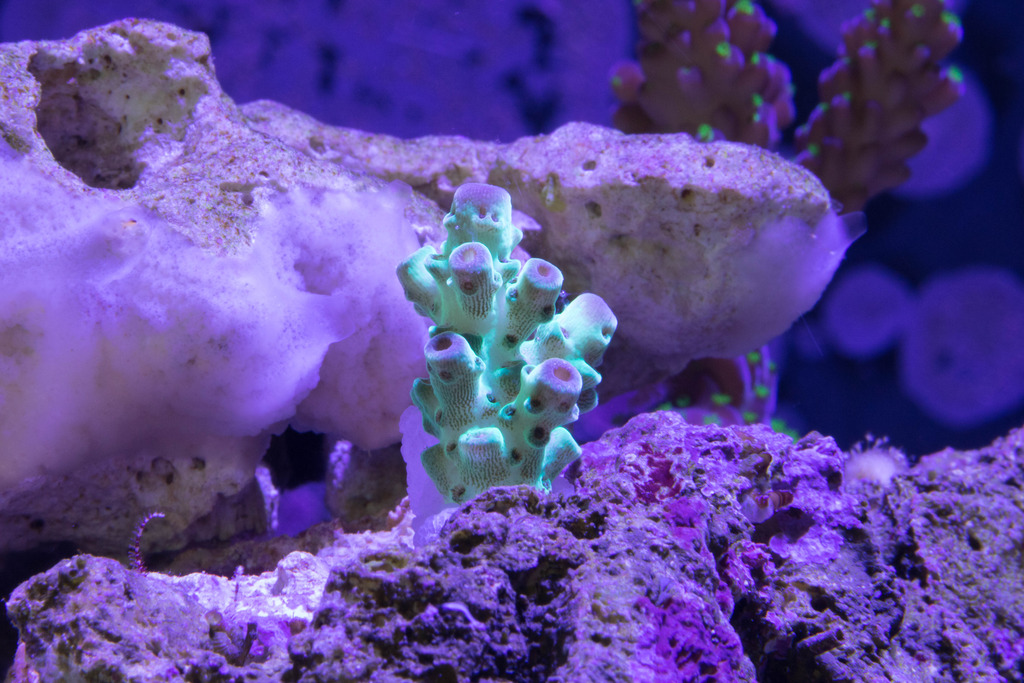 Thanks for looking, hope it's not too long till I'm able to update.

Following along, looks good so far! 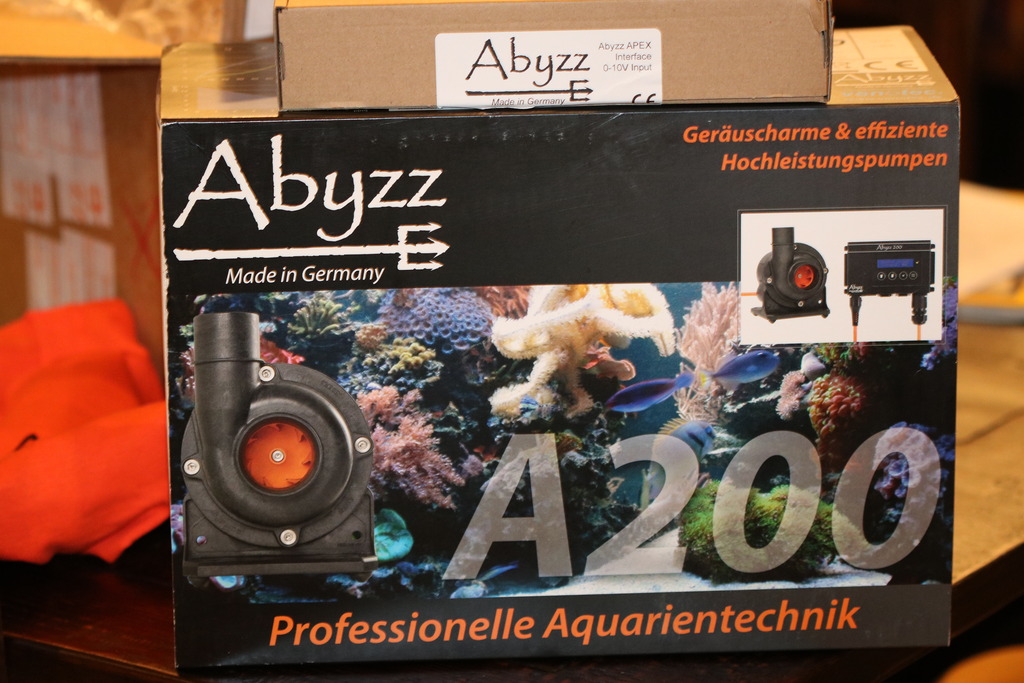 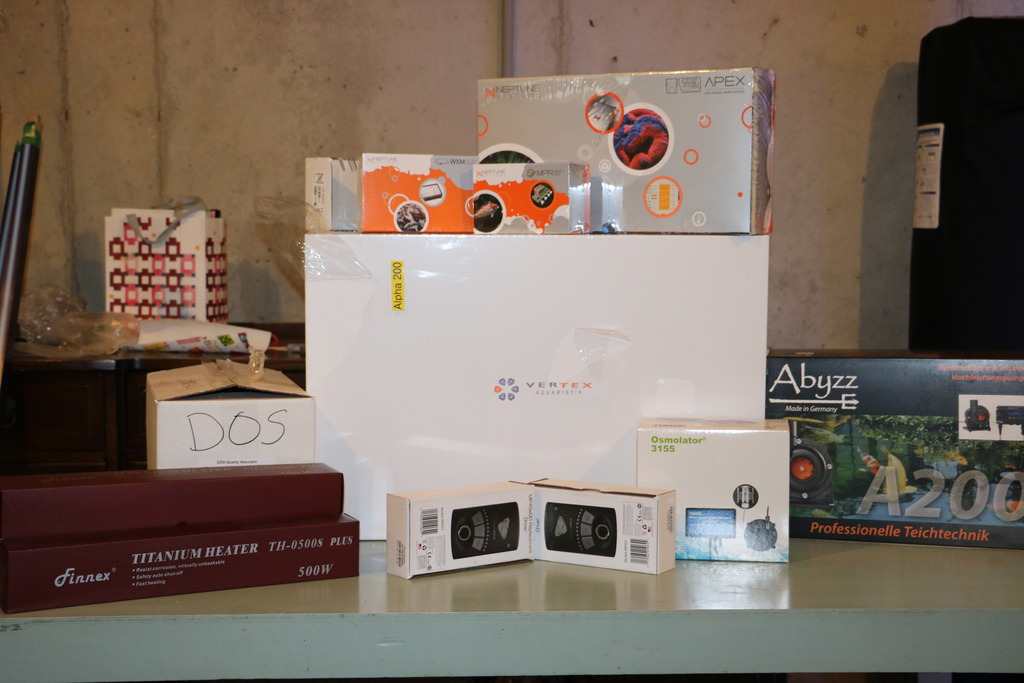 Skimmer, Apex (with modules for controlling the MP40's and the Abyzz return pump, DOS), Quiet drivers for the MP40's (have straight MP40's from my 75G that turned out to be oversized), ATO, heaters, ATI bulbs for the Giesemann Aurora which are burning in now. Lots of goodies, like Christmas. Feeling like it's coming together.

Sorry about the house and yes its a good thing no one was hurt and its really just things in the end. Great start to whats going to be an amazing build.
OP

dson78 said:
Sorry about the house and yes its a good thing no one was hurt and its really just things in the end. Great start to whats going to be an amazing build.
Click to expand...

Thanks, I appreciate the kind words. That's one of the things I love about this community, very supportive.
P

That's a good pile of equipment. Tagging along as I'm planning a 180 as well.

Wow!! Amazing story! Glad you guys were safe though very sorry for the losses. I'm excited to follow the new build!
OP

mdbannister said:
Wow!! Amazing story! Glad you guys were safe though very sorry for the losses. I'm excited to follow the new build!
Click to expand...

Thanks for that, it's been quite the journey.

Sorry for the home loss but it looks like you're really making some lemonade out of it! Love your living room and your plan so far!
OP

Yes, a good pile indeed. The UPS driver was loaded up, also had 3 heavy boxes of live sand.

Wher did u order from? I'm a guessing premium aquatics?
OP

justingraham said:
Wher did u order from? I'm a guessing premium aquatics?
Click to expand...

BRS for everything except the return pump. Went straight to Abyzz for that, wanted the Apex interface kit and they also have nice metric to NPT adaptors for the inlet/outlet piping.

Wow that's quite a story! I was expecting a burst seam or something, not your home laying in wreck and ruin!

But I have to admire your spirit, and am looking forward to the updates.

Pandy said:
Wow that's quite a story! I was expecting a burst seam or something, not your home laying in wreck and ruin!

But I have to admire your spirit, and am looking forward to the updates.
Click to expand...

Brs sells vertex rodi? Did not know that
OP

When you get it up and running I would love to see a video on the abyzz, I want to know ow if they are as quiet as they sY they are. I am looking at them for my next build too.