This is Getting Out of Sand . . My First Saltwater Tank Build

Excited to track and see my own progress as well as share it on this build thread!

After a few months of reading these and other forums online I was split between a few tank setups and ideas. Ultimately I decided to go with an 'all in one' tank as this seemed a bit more beginner friendly than plumbing a sump under the tank etc.. The tank I ended up choosing was the Fluval Flex 32.5 Marine Kit. The more powerful stock lights, and the slightly irregular horizontal curved face were the two deciding factors for me. 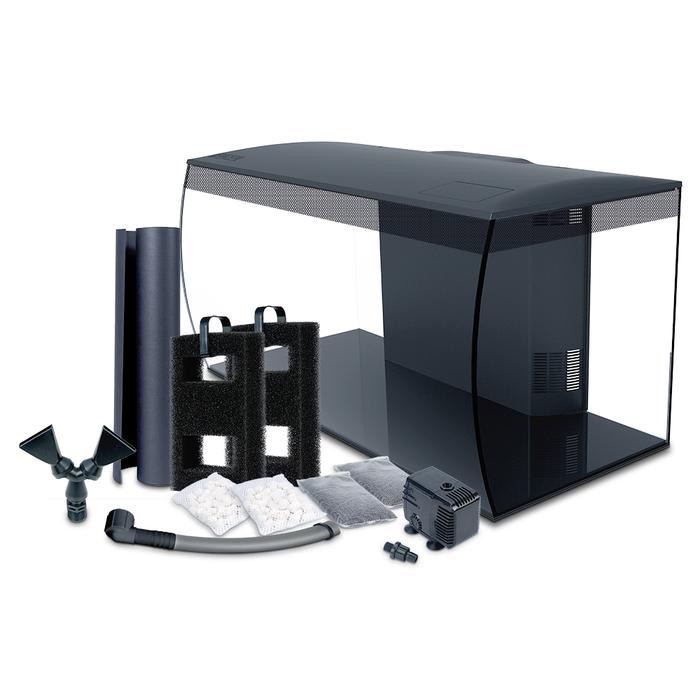 I also ordered the matching white stand even though it was a bit pricey as far as stands seemed to go. This is where things got a little interesting in my initial build. With Covid -19 taking over the world I learned that Fluval, understandably, was closed for two weeks and had halted all production, causing all stand styles to go out of stock for the 32.5 in the USA. I had placed my order with Saltwateraquarium.com and the tank arrived a few days later (with great shipping packing I should add).

Now me being the still young slightly impatient 26 year old that I am, couldn't wait to start cycling the tank and setting the aquascape up. So, my tank spent the next month or two on a wooden rolling cart being moved around my home office intermittently. The whole while thinking to myself that moving the 350ish pound set up would be no big deal when the stand arrived (lol). 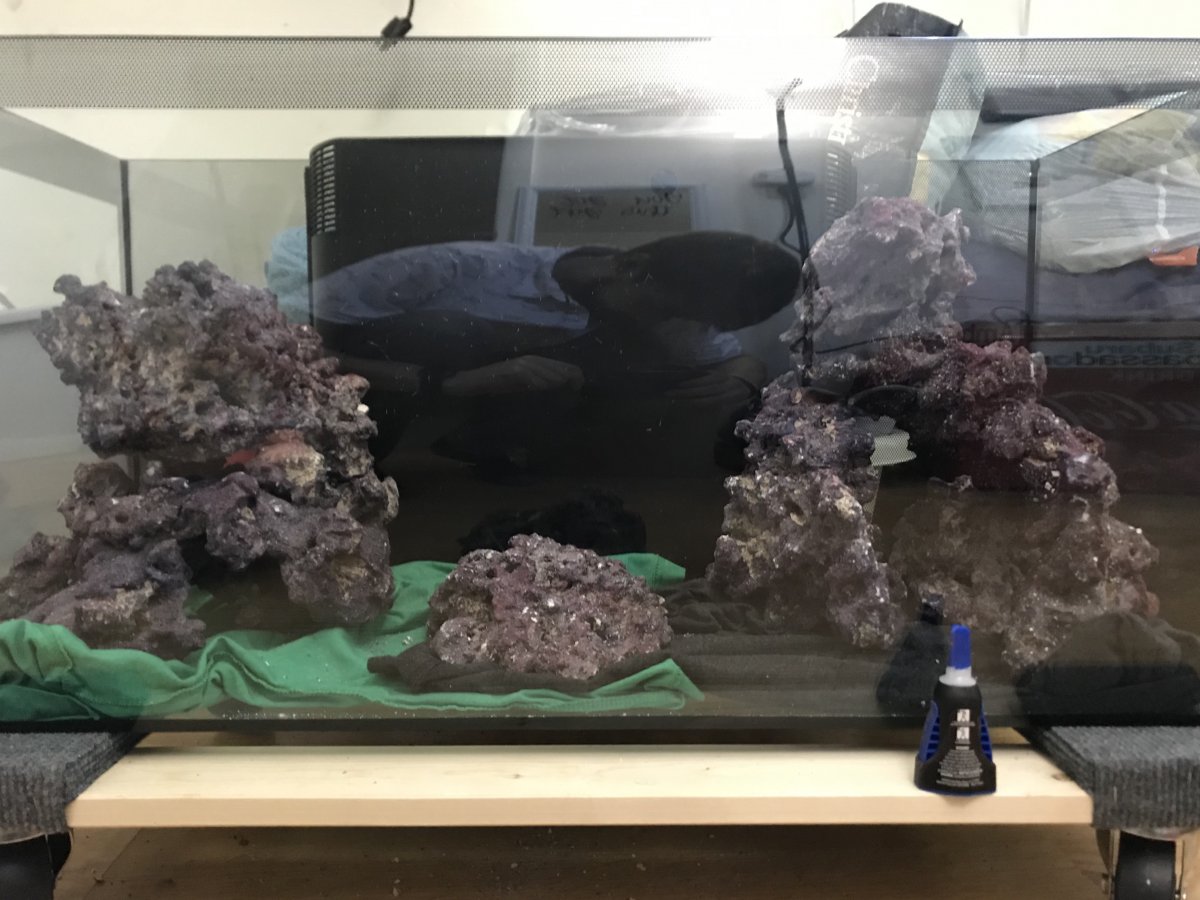 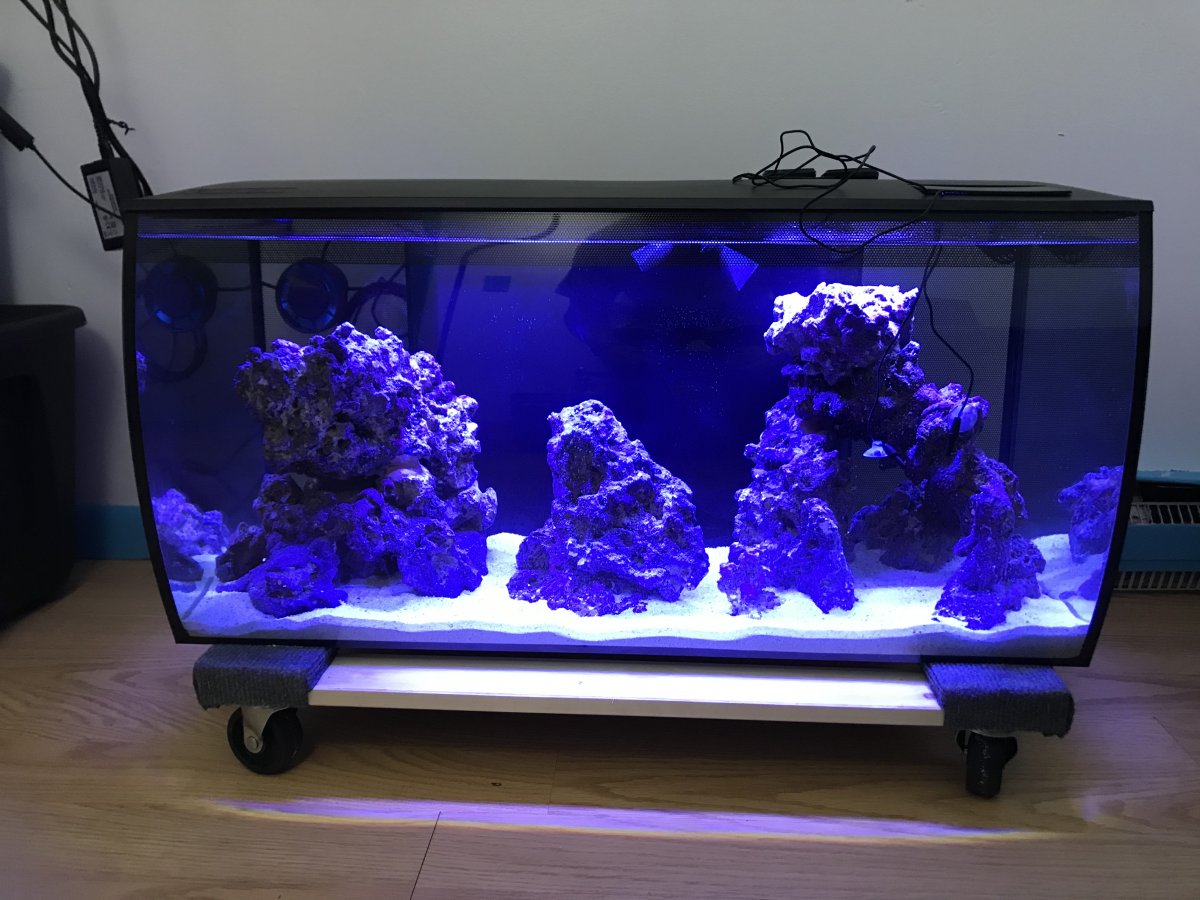 - 2 inTank Media Baskets with included Flow Directors and grabbed some of the inTank floss while I was there. So far I am very fond of inTanks products and company as a whole.
- Dr Tims One & Only + ammonia to start the cycle off.
- Eheim CompactOn return pump (it offered slightly more flow and I use the included fluval pump to mix saltwater in buckets)
- Around 40lbs of Caribsea Life Rock (ordered a little more than I thought I would need for more aquascape options)
- Around 40lbs of Caribsea Fiji Pink Live Sand (filled until sand bed was ~2" then saved the rest)
- Two Fishes Reef Putty + basic super glue gel
- Aquamai Wi-fi Powerhead
- Instant Ocean Reef Crystals
- Enough 5gal buckets for an emergency
- a 150w heater + a digital thermometer
- I also grabbed both the API Saltwater Master test kit (I have a lot of experience with API from freshwater) + the same tests from Salifert (both to compare the actual accuracy of the API tests, and to have a separate testing solution if anything ever came into question later.)


Current Filtration Media in tank:
-Chemipure elite
-inTank Filter floss
-Marine pure balls. ( I also threw some of the balls in the free space at the bottom of the "sump" area. )

After cycling, once water parameters were correct and all initial spikes had stopped I also added,

- Algae Barns 5280 Pods to try and start a colony while few fish were present
- Nero 5 BT Powerhead. I was not getting adequate flow on the far side of the tank it appeared
- Around 8 assorted snails to help with some diatoms I was seeing

and my first fish a young Ocellaris Clownfish. Woo!

A while later as water quality continued to check out I added a second Ocellaris Clownfish.

I tried to pick two fresh / small clowns in hopes at least one would not be a female yet. Luckily there has been almost no aggression towards each other and they continue to do their submissive / dominate dances to this day. They have grown to be quite inseparable so far. In the beginning I noticed they would hangout near the surface of the tank next to the Nero powerhead. After researching a bit I ended up adding a 3" ceramic pot to the tank which they now stay in at night and defend during the day + I don't see them looking stressed in the top corner of the tank any longer.

In addition to the clowns I then later added a very small Purple Firefish. It is definitely a shy fish (with a huge appetite!). When anyone gets too close to the tank it will hide in a little 'cave' near the sand bed. Otherwise I can usually find it near the center of the tank opposite the clowns pot.

Around this time my stand arrived. Around this time I also realized how silly it was to add so much stuff pre-stand. I ended up draining just about the entire tank into 5gal buckets and netting fish into the buckets. Moved all rock and sand into buckets. -> moved tank to stand -> re-added all but the fish and let sand and water settle for a bit. -> re-added fish. Luckily the next day everything was still alive and the water was just about back to normal. 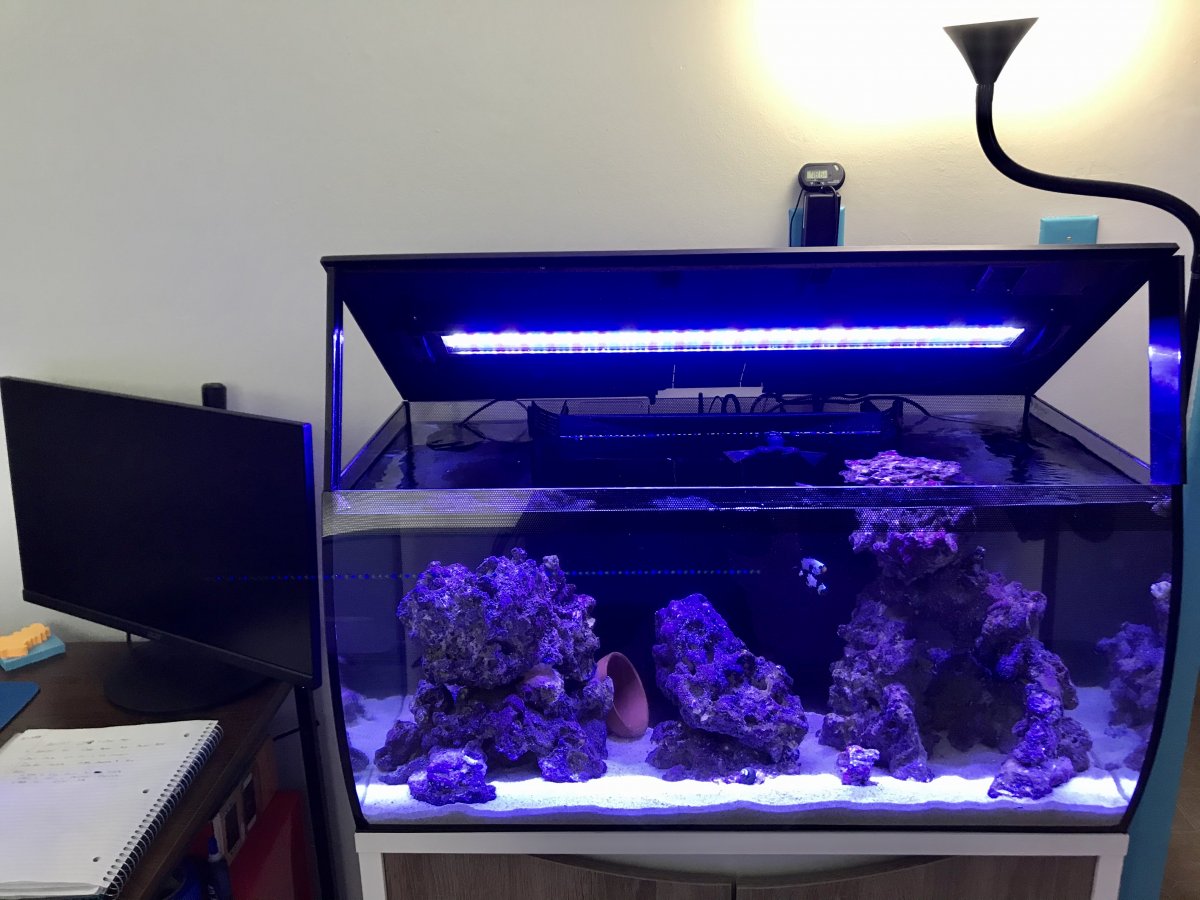 My last and latest addition to the tank is a small green hammer coral. My local LFS (which I have made all my live purchases from) fragged two heads off of one of their specimens that I have seen in the store growing for months. One of the heads is in the process of splitting for a total of 3 heads. I spot feed with Algae Barns OceanMagik. Currently it sits in the center of the tank healing. It will eventually be moved lower in the tank where there is less flow and light to make way for more demanding corals.

I think that just about sums up my build to this point. I will continue to post back here as I continue this journey
(and will try and post back with a closer photo of my fish at their current size to see growth later on)

Below is the current state of the tank as of last night, (coral center, fire fish blending with rock just right of hammer, and clowns far-right) - 09/05/2020 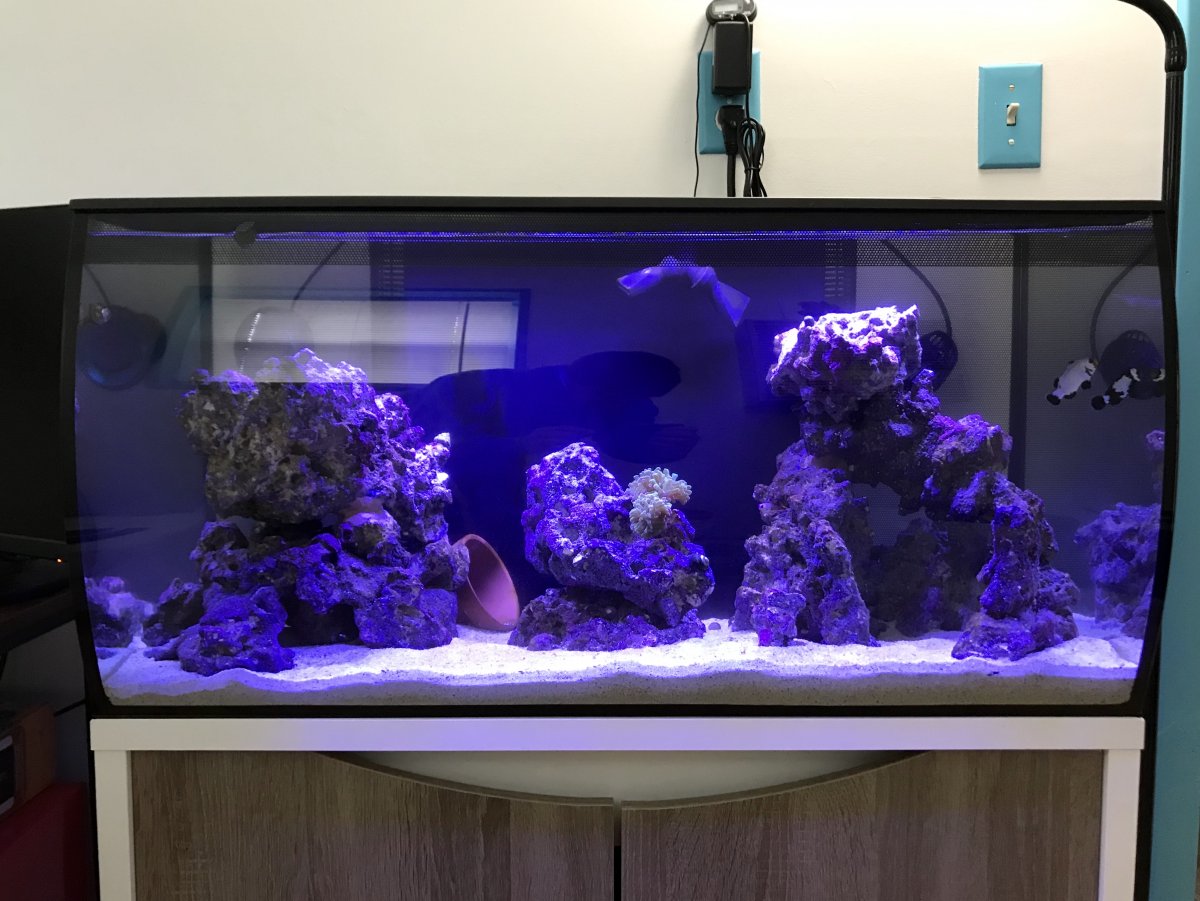 Looking forward to adding more to this tread and seeing where my first saltwater set up goes.

and as always I appreciate any feedback / questions / or constructive criticism I would not be able to even say half of what I wrote in this post without this forums resources.

The current inhabitants! Firefishes safe place, and clowns coming to hog to spotlight as always 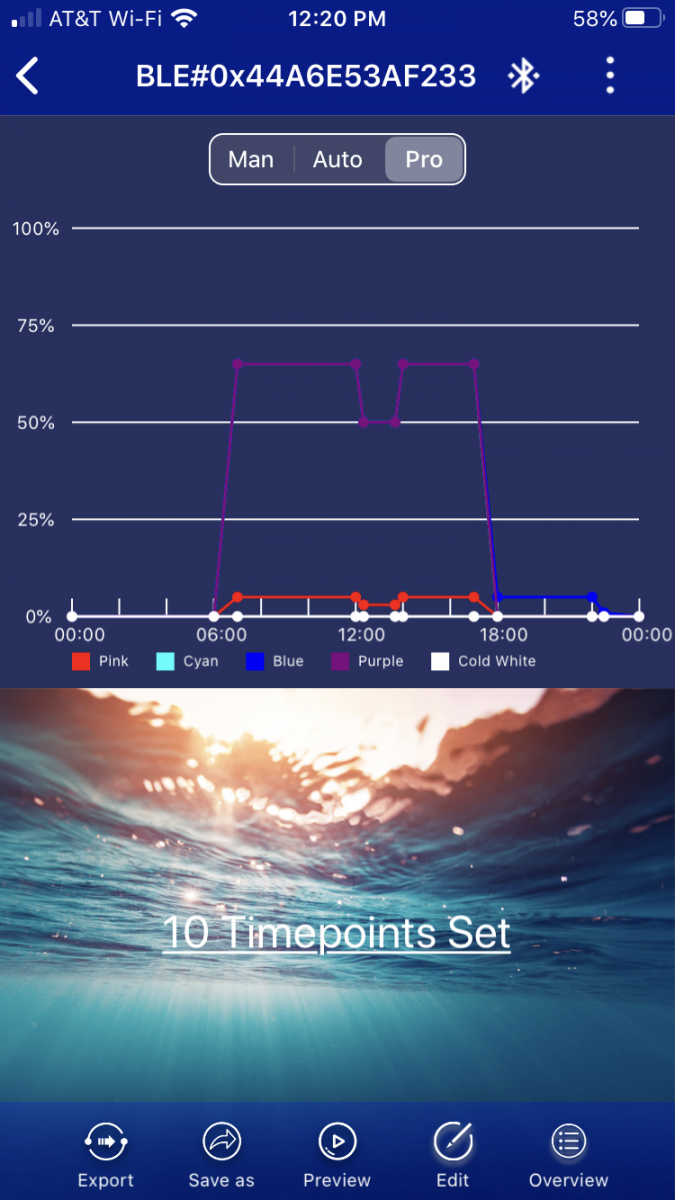 I've got the same tank, enjoying it [for the most part]. Curious on how you came to those light parameters.
OP

AndyinAtlanta said:
I've got the same tank, enjoying it [for the most part]. Curious on how you came to those light parameters.
Click to expand...

I came up with this based off of watching This Guy on YouTube who seemed to be having great results so far.
If you don’t mind sharing yours I would love to see other ideas! I’ve had a very hard time finding any other examples online of good settings for the specific lights we have. (Especially any with actual results posted).

Even with the option to add more lights easily with the included brackets and the super high output they are capable of I rarely see them talked about still.

I will follow along, I just finished setting up the same tank and have only 2 clowns in there for now. Need to pick up a small clean up crew next and then I think I will wait a couple weeks before the next fish.
OP

Lsuhunter said:
I will follow along, I just finished setting up the same tank and have only 2 clowns in there for now. Need to pick up a small clean up crew next and then I think I will wait a couple weeks before the next fish.
Click to expand...

If you end up setting up your own build thread let me know! I would love to see what others are doing with this tank. I haven’t seen very many around yet . .

Hows the hammer holding up under the stock light,?

wonroc said:
Hows the hammer holding up under the stock light,?
Click to expand...

I'm having heat issues. Running 80.6. All stock so far except one intank media insert.
OP

wonroc said:
I'm having heat issues. Running 80.6. All stock so far except one intank media insert.
Click to expand...

Is it hot where you live? I’m in VT so it’s almost always colder here than the tank will be.
I also had heat inconsistencies when I started due to my in tank heater + the tight lid lets little heat and almost no evaporation out. Ended up dialing the heater down to 73.0 - now my tank sits almost at exactly 79.9 degrees 24/7 (it varies .2 degrees each way throughout the day). But that is only because it is almost always colder than that in our house.

Isn't 79.9 riding hot.? I also have a I tank skimmer coming and I think that may just add heat. I just lowered my heater like you and hit 79.9 also.

I'm in NJ with central air and heat. Keep it around 70. I hope I can keep the stock hood. May have to add a USB fan in hood

Is their anyway you could export your fluval light scheme and send it to me? If you can handle a hammer coral with it then it should be good for me. [email protected]

wonroc said:
Isn't 79.9 riding hot.? I also have a I tank skimmer coming and I think that may just add heat. I just lowered my heater like you and hit 79.9 also.
Click to expand...

I run 79.9 for two “reasons”. From research here on R2R I’ve found people seem to have had success between 78-82 degrees. On top of that I found with it being so cold at night where I live and warmer during the day, if I run my tank lower than this temp the swing varied 2+ degrees a day throughout the day. So in the interest of keeping the temp stable all the time I keep it a tiny bit higher.
-basically it will never get warmer than that during the day or colder than that at night. At least with my conditions it seems
Last edited: Nov 7, 2020
OP

wonroc said:
Is their anyway you could export your fluval light scheme and send it to me? If you can handle a hammer coral with it then it should be good for me. [email protected]
Click to expand...

I was going to build one of these. Not many people have online it seems. Looks great! I’m in Canada so things are pricey. I looked at the tank. Plus the extra light. The skinner the stand etc. Got a price and was like wow I can build an Red Sea max e 170 for just a bit more so I think I’m going in that direction. Both are all in ones which I think are great and can’t wait to see your progress 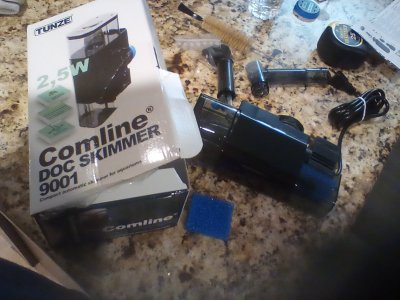 I’ve been seeing very low nitrates doing weekly ~10% water changes. So have held off on a skimmer so far. I’m actually hoping I can raise them slightly..

But let me know how that one works. I’ve been thinking about getting the Ice Cap Nano K1 but not sold yet.
Last edited: Sep 18, 2020

Build Thread My First Marine Tank and an Unplanned “Upgrade”