So after my last tank setup and Natural Disaster (you can read here). I decided that I needed to swap things up a bit and give myself a bit better of a setup. I wanted to write this as I did it but in the end I didnt have time so here its is all in one go

So I had some problems with my old build. The display case that I had built for my tank was limiting, I didn't have much if any space above the tank and thus getting rocks or cleaning or doing anything inside the tank was impossible. Secondly, I had the sump under the tank but again in building the display case I didn't leave much headroom. Then of course I had the issues left over from 200lts of water leaking out onto the floor i.e floorboards bucking and coming up. Plus having a full case that enclosed the tanks made my office feel really small so that wasnt great either.

So I planned to build a new stand, this time there was no top cover or sides around the tanks, leaving the tanks open.
At the same time I wanted to learn AutoCad a bit so I designed my stand first in Fusion and came out with this: 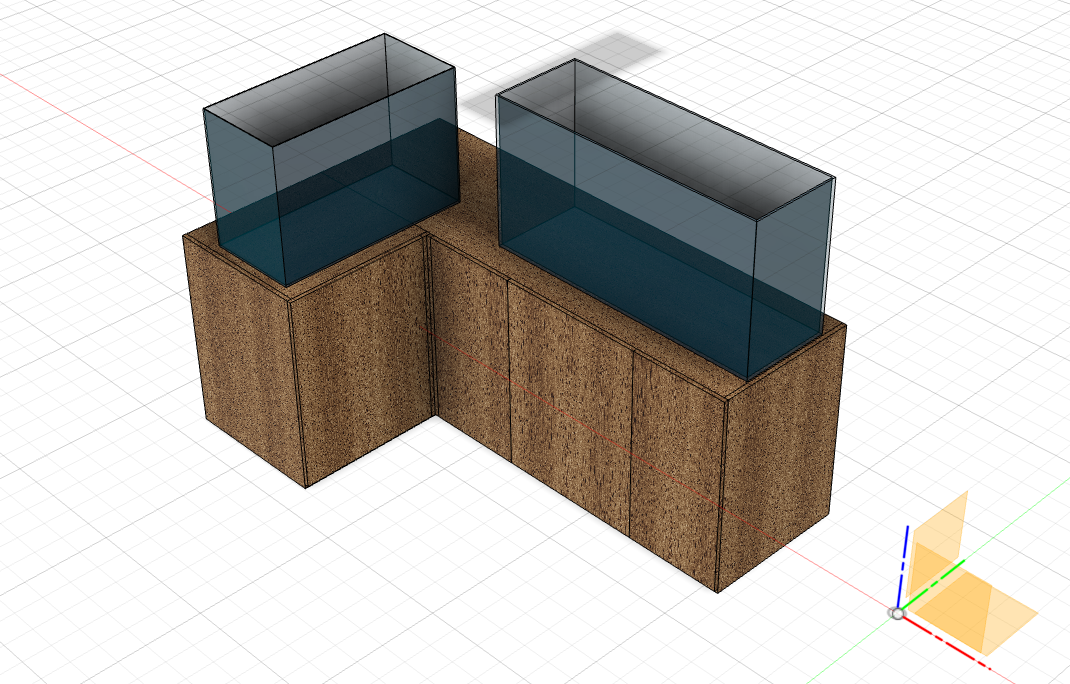 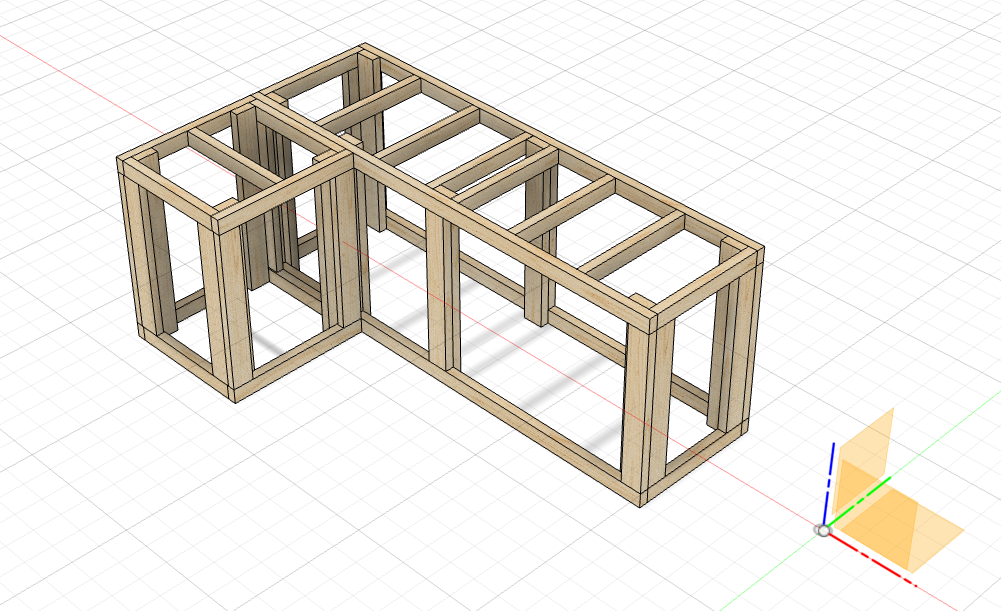 So during the time I was drawing, I found a second tank that I convinced my wife to allow me to buy Pretty sure if I get another now I would be divorced though
Learning from my Facebook second-hand tank, this second tank that I got was still second-hand, but still only 2 years old and not over 10! check the seals and all was good.

Started to pull down my setup and move everything into the temp tank I had been cycling for a couple of months and then pull out all the old display case and sump, wiring, piping. Ripped up the floor and replace but this time sealed the laminate floor with a proxy and sealed all the walls, now water leaks are not an issue

Build the stand, but almost halfway through the process decided not to do the L shape, haven't decided yet if that was a good idea or not!

Anyway, now the stand is built and both tanks are in, the sump is out the back and no longer under the tanks.

Tanks after filling up:

Now my ****** pipework, which I will go into later what I would do differently if I could do all over again:
Red Pipe is return and Blue is to the sump

Then into sump room: 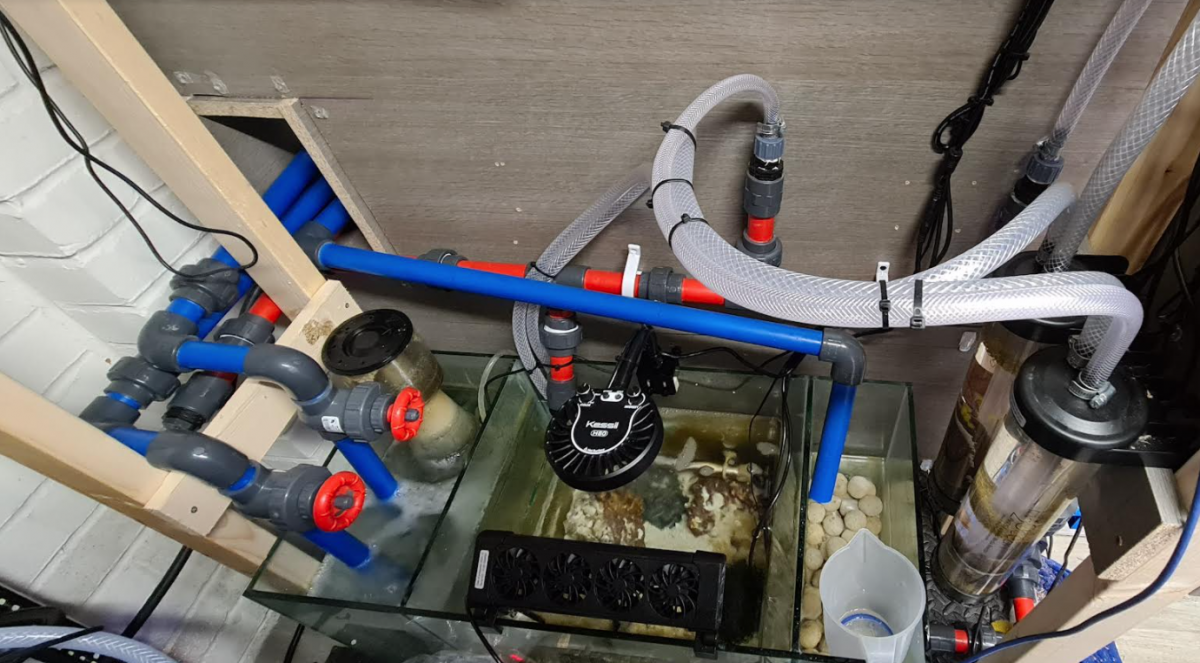 So the main difference between this setup and my last setup, was I had a hang on the overflow box and boy did that cause me problems, so many problems!
This time I ordered in tank overflows and had mixed results.

Firstly being in the UK, it doesn't seem to be easy to get the good stuff from suppliers. I ordered a Fiji Cube Low Profile External Overflow Box 1600GPH which I was really excited about. Getting it was a whole other issue, firstly paid for express shipping, paid £100+ for the shipping to be express and let's just say there was nothing express about it, even after explaining to the company that I could see it wasn't their fault and they should want a refund from the shipping company as much as I did, they still just tried to make excuses, it basically sat at the shipping company deport for over a month but funny enough it wasn't till I put a refund request into PayPal that things started to move.

Finally got the overflow box and was impressed with the way it looked and so I used their guild for where to drill the wholes, and then put it all together to only realize that the drill guide was so off. So on the guide has a mark for where the water level is going to be but after I drilled the holes and connected the bulkheads, I soon found that then I connect the overflow box inside the tank the water level was not the same as what's on the guide and so I had to go with two low profile strainers because it's not like I can re-drill the holes 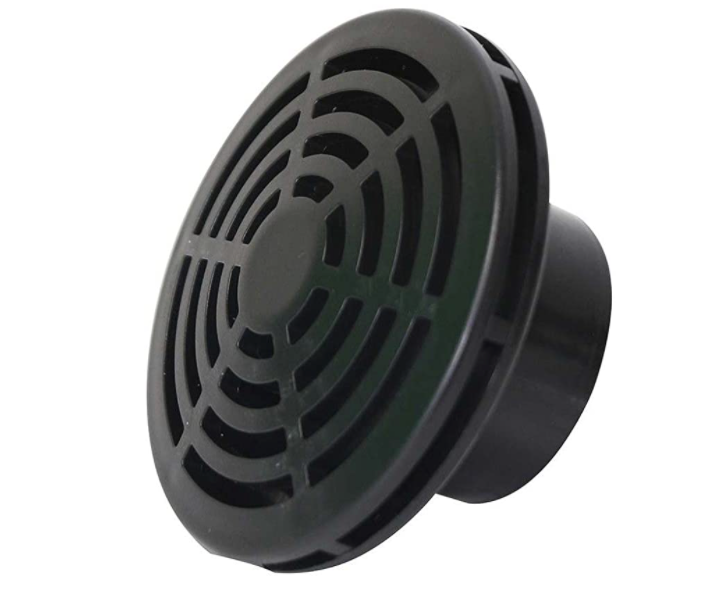 On the smaller tank, I brought a second-hand Synergy reef overflow box off eBay but then got something else but that said its worked well and the drill hole guide worked perfectly so no complaints on that one.

Doing all the plumbing was a bit of a pain, nothing local I was dependent on a shop that shipped that has a website that was built in the '80s, so took a bit longer to do than I wanted and I had to mix and match to get. If I had the chance to do it over though I would make the return pipe go above the tanks and where they connect into the tanks have a nice big drop to help with pressure, the second thing I would do is think a bit harder about height between the sump and the overflows, it was just chance that I had enough downward flow on the sump pipes.

Now on the control side, I am still working on, as I doing my own version of ReefPi, which will give me some automation and remote control over ATO, Sensors, Power Banks

The one thing I am missing is control to my wave maker as I can't get the power cable so back to making something up instead.

On the main tank, I am running 3 Kessil A80 Tuna Blue LED, then on the sump over the refugium I have a Kessil H80 Tuna Flora LED. On the smaller tank, I am running two Juwel Multilux LED Tube - Blue 14w each, though I am thinking that I need to add white light as it seems a little too blue for my liking.

So what shape did you end up going with for the pair of tanks? (couldn't tell from the photos)
OP

blaxsun said:
So what shape did you end up going with for the pair of tanks? (couldn't tell from the photos)
Click to expand...

Just went for straight stand in the end

some more photos as it stands now

The newest member of the big tank:

Build Thread It's about time I Post the FrankenCube