Two smithiis in a 75 gallon?

id love to try putting another with him/her and I figured 75 gallons is more than enough room! It’s not a standard glass aquarium. Someone built it so that three sides are glass and the back and bottom are heavily painted wood like the custom stand. Older pic also attached of said tank before more rocks were added 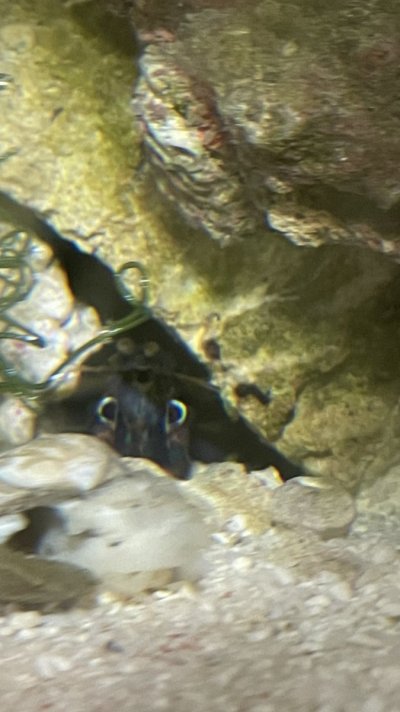 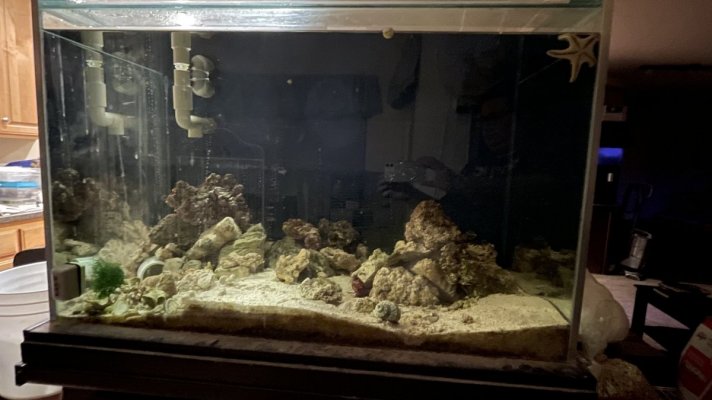 I can’t answer the specific question, but I can bump the thread to see if we can get you some help

In the wild their territories are rather large. If your tank was longer rather than taller, maybe. I have not personally tried putting multiples together yet. If you really want to, you could put them together and see. But have another tank on standby. Recorded interactions show that they attack each other’s tails. So you’ll have some time before they do some major damage to each other. And put their dens on the far side from each other. Of course they are going to do what they are going to do. Any chance you know the sex of yours and the one in the shop?
OP

No I don’t know the sex of either… but most mantises come in as hitchhikers on live rock with more than one in each piece so I thought maybe it would be fine. I don’t have the extra $50 to get him anyway.