About 6 months or so back I bought a handful of blue leg hermit crabs from my LFS, and this one was initially hidden in its shell and later made an appearance as "not a blue leg hermit crab". It seems to get along fine with everything else and hasn't seemed to cause any issues, but I am dang curious what the heck kind of crab it is. I know what it's not: it's not a blue leg, blue leg metallic, algae eating or scarlet crab. The color is pretty accurate, ie: mostly black with yellowish-white spots and a few horizontal lines on the legs. And yes, this wasn't the original shell - it either occupied an empty spiny astrea snail shell or "forcibly removed" the occupant. Any insight would be greatly appreciated, thanks!

Addendum: The closest guess I have at this point is a Gold-spotted hermit crab. 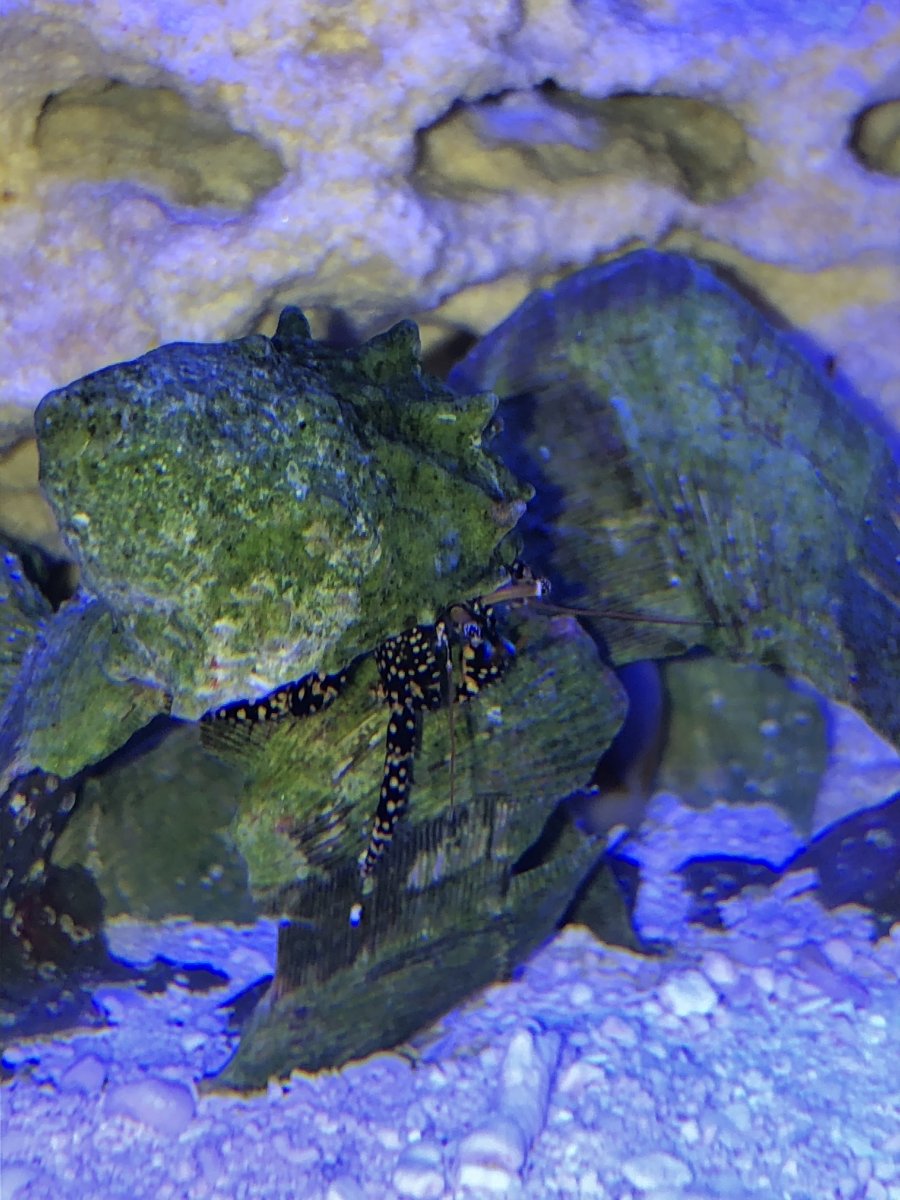 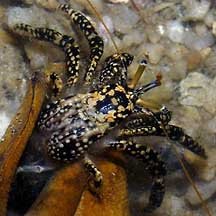 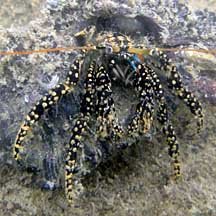 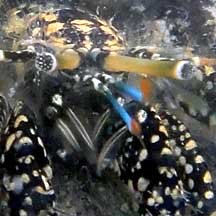 That’s what it looks like. Is there a reason you suspect it’s something else?
OP

Rtaylor said:
That’s what it looks like. Is there a reason you suspect it’s something else?
Click to expand...

When it was smaller I thought it might be a zebra leg hermit crab, but it wasn’t until later today that it made an appearance after many months and allowed me to get a half decent photo of it. And yes, it does look like a gold spotted hermit crab. No idea if it’s desirable and/or reef safe, other than it seems to be a decent scavenger.

I had a strawberry hermit.crab once that got waaaay to big. I had to take it and the jade hermit to the lfs for donation. ":/
Hermit crabs are ok until they get bigger. 3"+
D

What type of Hermit Crab is this?

Anyone know what species this hermit crab is?