Yes, as phosphate is pulled out of the water into the scrubber, the phosphate in the rocks comes out and goes into the water. Maybe this will help:

Phosphate flow out of rocks

Many people, when they get their scrubber running for the first time, get worried when more (not less) algae starts to grow on their rocks. It seems really strange, especially when nitrate and phosphate have gone lower than before. What is happening is that phosphate is coming out of the rocks. Remember, phosphate is invisible, so you can only see the effects of it, and it always "flows" from higher concentrations to lower concentrations (just like heat does).

1. The rocks are older, and have slowly developed algae problems in the past year.

2. The scrubber is new, maybe only a few months old, and has recently started to grow well.

3. Nitrate and phosphate measurements in the water are low, usually the lowest they have been in a long time.

4. Green hair algae (not brown) on the rocks has increased in certain spots, usually on corners and protrusions at the top.

5. The glass has not needed cleaning as much.


Since skimmers, filter socks, etc don't remove any nitrate and phosphate, and waterchanges and macro's in a fuge don't remove much, most people have never seen the effects of large amounts of phosphate coming out of the rocks quickly. But sure enough, it does. How long does it continue? For 2 months to a year, depending on how much phosphate is in the rocks, how strong your scrubber is, and how many other phosphate-removing filters you have (GFO, carbon dosing, etc). But one day you will see patches of white rock that were covered in green hair the day before; this is a sure sign that the algae are losing their phosphate supply from the rocks and can no longer hold on. Now it's just a matter of days before the rocks are clear.
J

How do the scrubbers fare against bryopsis?
My scrubber is growing well, and I've gone through the cycle of hair algae growing on the rocks (phosphate coming out, as you described in the post above). Now the spots with hair algae have been replaced with bryopsis lol!
OP

Since bryopsis digs into the rock better, it has access to deeper nutrients for a while. So, like cyano and bubble, the bryopsis will the last to go and might need a final push, depending on the nutrient balance.

Hi. This is my Hog 2x sixteen days after the initial cleaning, prior to the 2nd cleaning. It's been running 6 weeks in total. Initially I had the lights on for 18 hrs. They've been at 20 hrs since the initial cleaning. The cloth screen was covering the top 3/4 of the shell....no real distinction in shaded or non shaded light. I had the shell right under the water line to cut down on noise, but just moved it to an inch under the water line today. I have also removed the cloth screen. Let me know if you need any more info. It's definitely helping my tank, but could you give me some advice on optimizing its use?

Hi. This is my Hog 2x sixteen days after the initial cleaning, prior to the 2nd cleaning. It's been running 6 weeks in total. Initially I had the lights on for 18 hrs. They've been at 20 hrs since the initial cleaning. The cloth screen was covering the top 3/4 of the shell....no real distinction in shaded or non shaded light. I had the shell right under the water line to cut down on noise, but just moved it to an inch under the water line today. I have also removed the cloth screen. Let me know if you need any more info. It's definitely helping my tank, but could you give me some advice on optimizing its use?

Looks like you have some high nutrients in your water. Let it fill in another week, and let's see how it looks.

SantaMonica said:
Looks like you have some high nutrients in your water. Let it fill in another week, and let's see how it looks.
Click to expand...

You're definitely correct there. My nutrients are high due to heavily feeding my Acans and Sun Corals. Unfortunately I cleaned the scrubber upon taking it out for the photo. I'll post another picture in 3 weeks to see where it's at. Thanks for the quick response.
OP

In addition to our www.Santa-Monica.cc shopping cart, and our Ebay and Amazon listings, our scrubbers can be bought online from:

Or if you are in the neighborhood, you can visit these stores:

Congrats on getting it into stores!
OP

Thanks. Some of them sell out on a regular basis.
OP

"We have two [DIY waterfall scrubbers] here which we made ourselves, and though initially they went fairly well, over time their effectiveness did reduce. We've had plumbing come off, pumps and spray water everywhere (shorting our wavemakers!! *grumble*), not to mention the increased evaporation that we experienced, AND the noise as sometimes off-shoots of water would refuse to go DOWNwards and instead trickle off loudly and splash everywhere. So now we run the HOG3 in one of our tanks and the SURF4s in the rest (at this stage) and couldn't be happier. Yes, you can hear the [air] pump running, but that's practically it! and the excess evaporation has stopped Plus, rather than having to replace the lights all the time as you have to for traditional home-made [scrubbers], these LEDs are made to last 'indefinitely' That's a good saving!! OH! And one last thing... the maintenance. Takes all of 30 seconds and I don't have water dripped everywhere, nor am I covered in flecks of algae and slime from scraping off sheets In all, I'm a happy girl with these [HOG3 and SURF4] units" -- Bek at Fragalicious, Australia 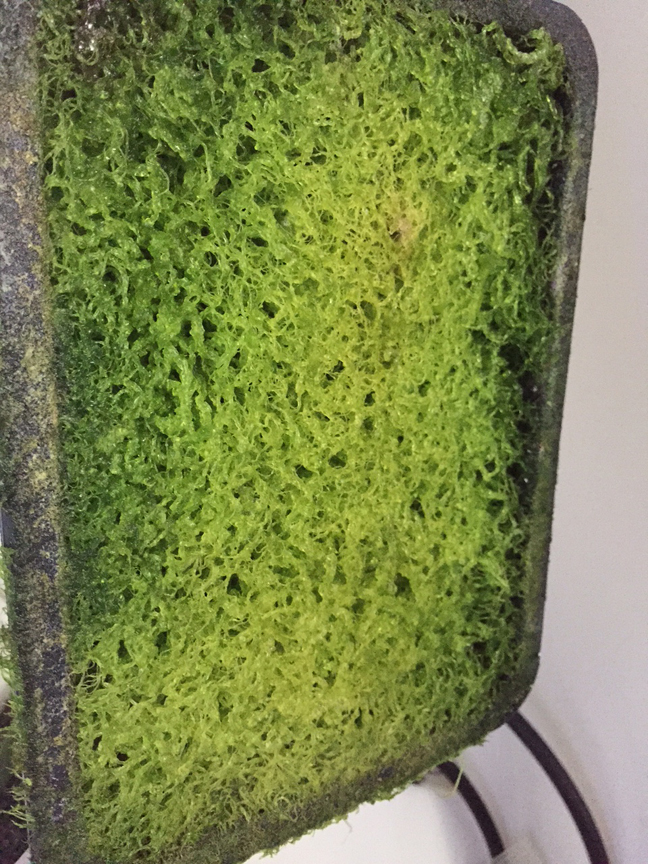 "I had my doubts for a bit. Guess not anymore. This looks like the [SURF2x] is working, right? Thank you SMF for a great product" -- Ryantou on the scrubber site: 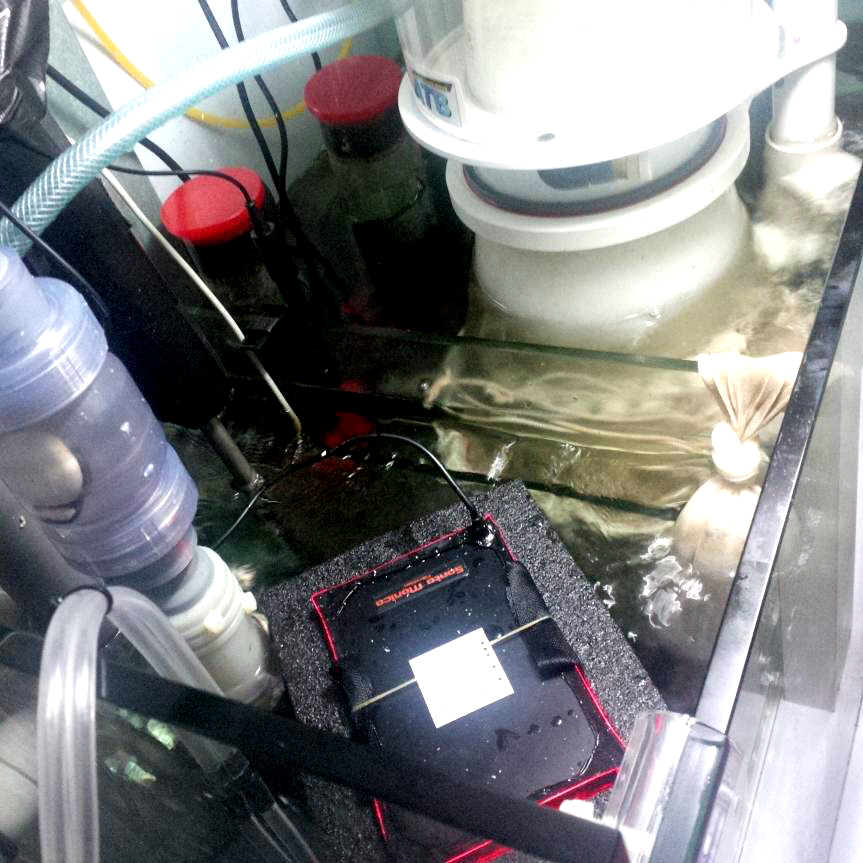 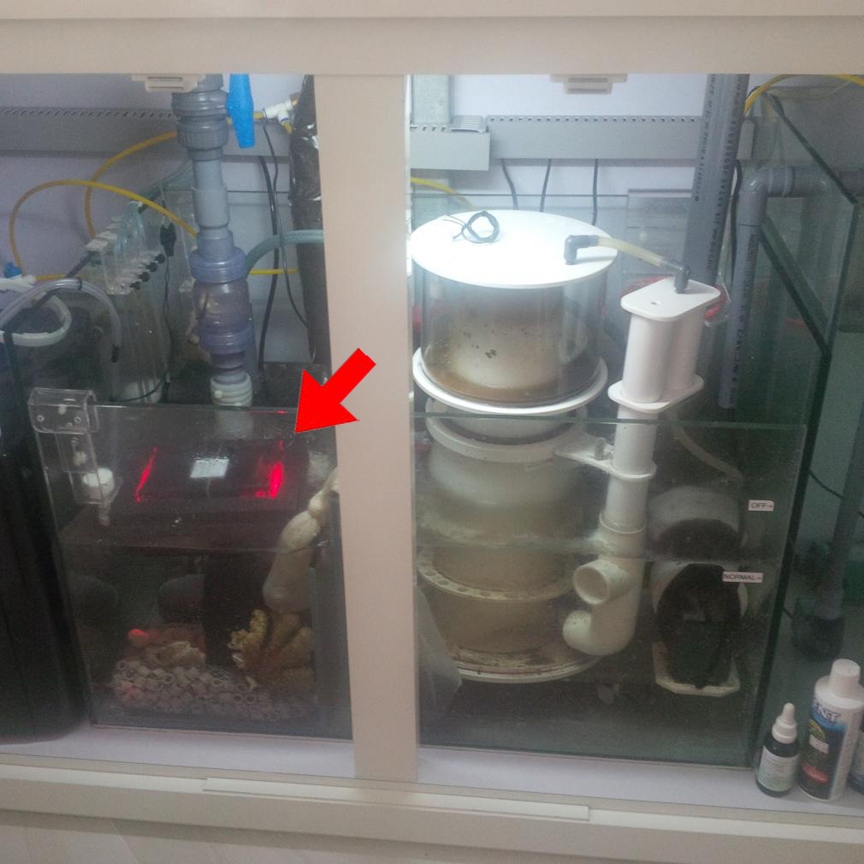 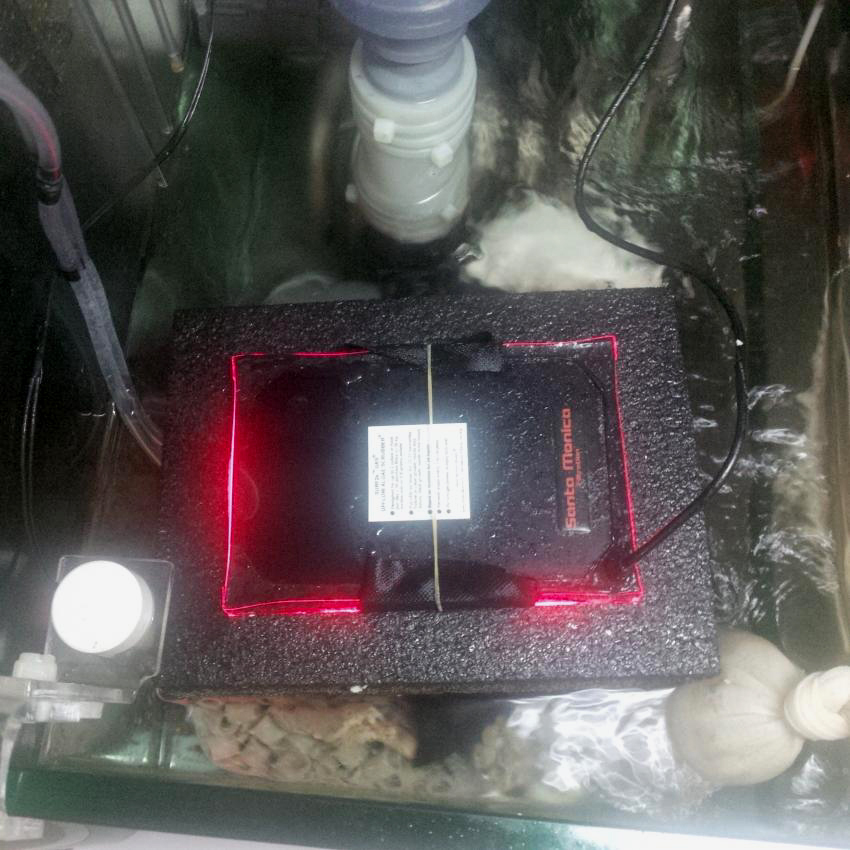 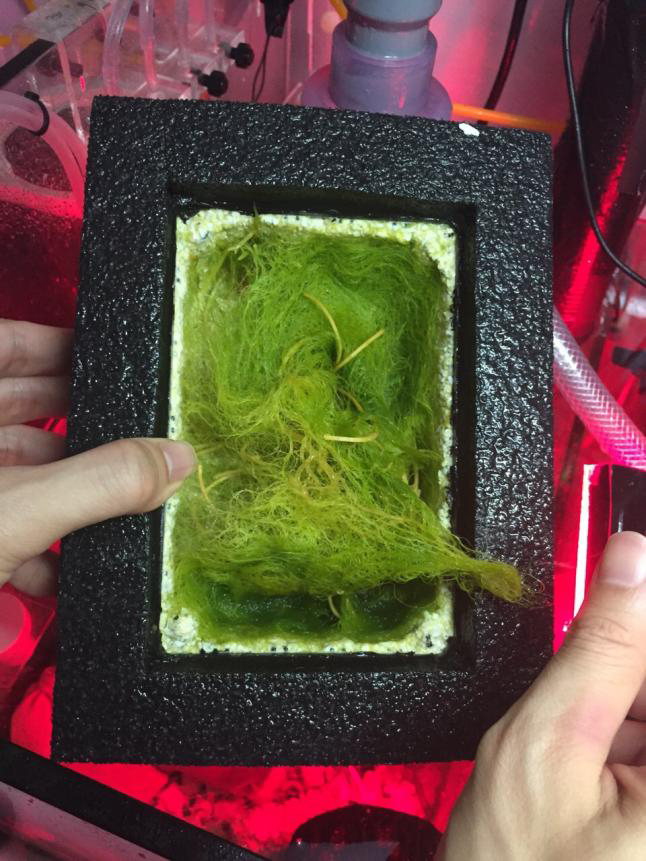 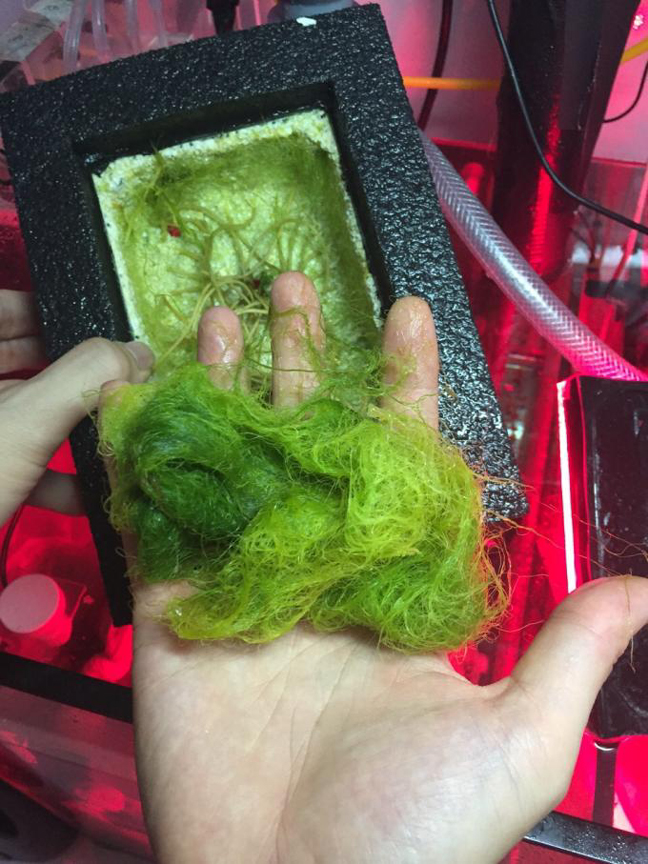 "Really happy with the quality of it [DROP.6] and I have the top 1/2" protruding out so it's silent, other than a faint hum from the air pump" -- Phill on the UR site.

"Lov'n the SURF2 - harvests have been light but there are boatloads of 'pods' in there munching away most of the algae growing on the surface even though I'm fresh water spraying. It's still doing its job nevertheless" -- Aeros on the scrubber site.

"Very pleased with the HOG.5 so far, it's neat and simple" -- Joey Williams

"Thanks for the clear instructions you taped to everything! Between them and the video I watched, installation [of the HOG2] was a breeze" -- Nancy of Goldfish-Emergency

"Working great now. Im having to clean the [SURF2x] scrubbers about every 5 days or so as its growing so quick -- Mike Buechs

"[HOG3] has been working well for some time. I had a mature sps system, and did not get much growth initially. Initial system had skimmer and ferric oxide reactor. Refugium had a bright led with Chateomorpha and plenty of live rock. I ended up removing ferric oxide reactor to initiate [scrubber] growth. I also had to turn off light to refugium. Since [scrubber] growth started good, I gave large live rock to friend and took down refugium. So system is much simpler and working well. Lots of corraline algae growth. After 15 years as hobbiest I wanted simpler system so very happy with results" -- Drew Young 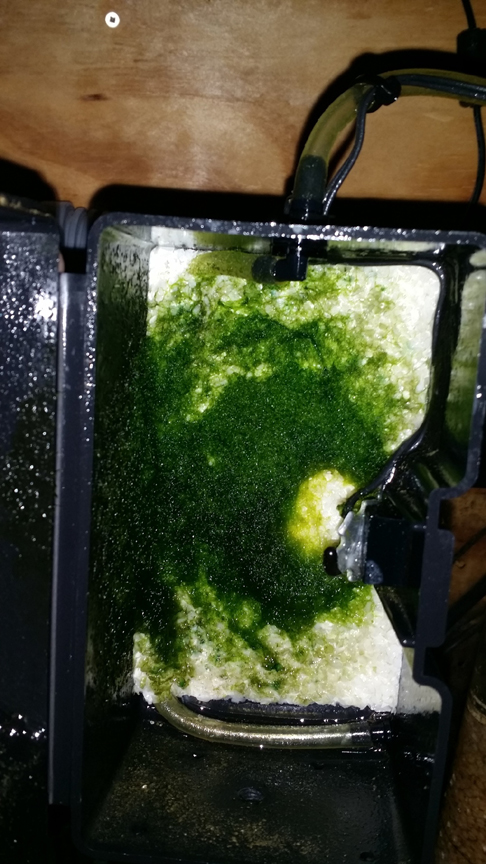 "i run a santa monica UAS HOG1x and it works fine" -- Carl_CDK on the UR site.

"Getting lots of thick green algae to clean. My ornamental goldfish love to eat it. Have 4 of the HOG2s in the sump for my 350 gallon freshwater tank. Anyway the HOG2s appear to be working great as far as growing the thick green algae" -- Doug Jackson: 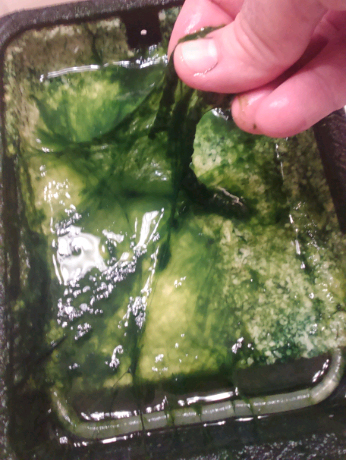 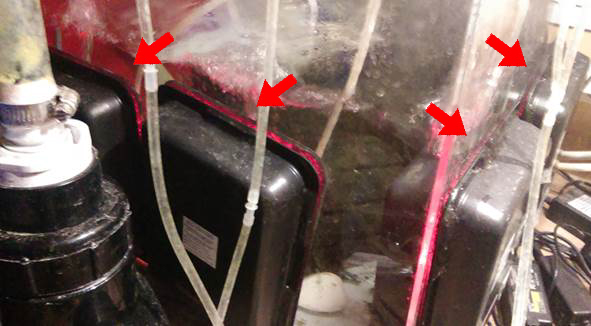 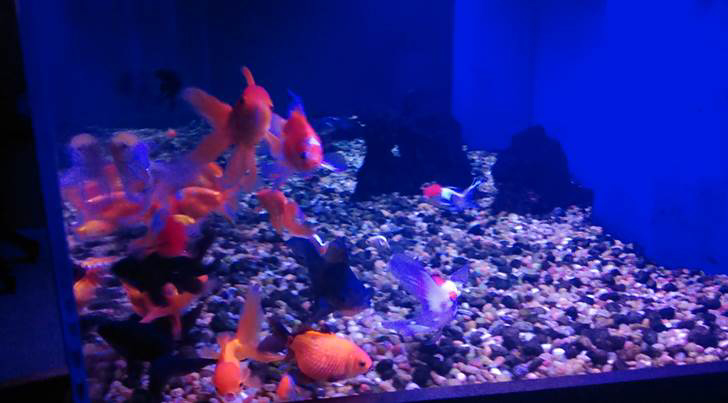 "I got my HOG and will never have any tank without one. I harvest once a week about the size of my palm. I've made scrubbers before, to have them squart water every were, change bulbs, or have to clean salt creep every week. Trust me its a little money but its worth it." -- Smith-Rowe on the CFT site.

"I have the SURF4 and Im very happy with it. I want to get a 2nd unit so that I will always have one working when I clean the other. The SURF4 is very quiet" -- Steve Cantor

"I have had mine [HOG1x] in for two weeks now and i would have to say success!! My tank didn't even really cycle (established rock + live sand helps immensely in that regard) except for a little cyano bloom. My mantis is in her new home and I'm preparing to add some corals, mangroves, and more rock / macro to my tank. Nh3, no2, and no3 are all reading 0" -- Carmelpi on the CR site: 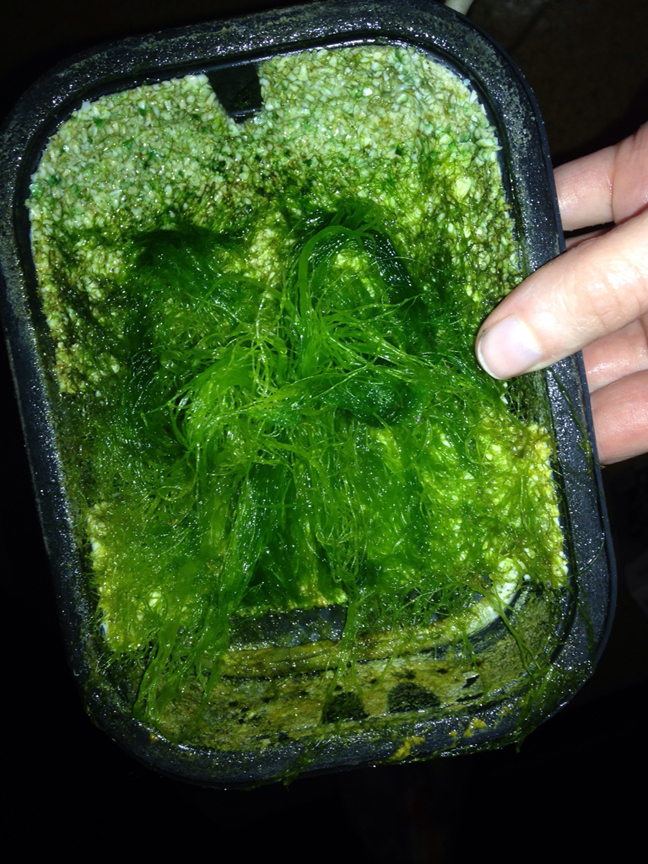 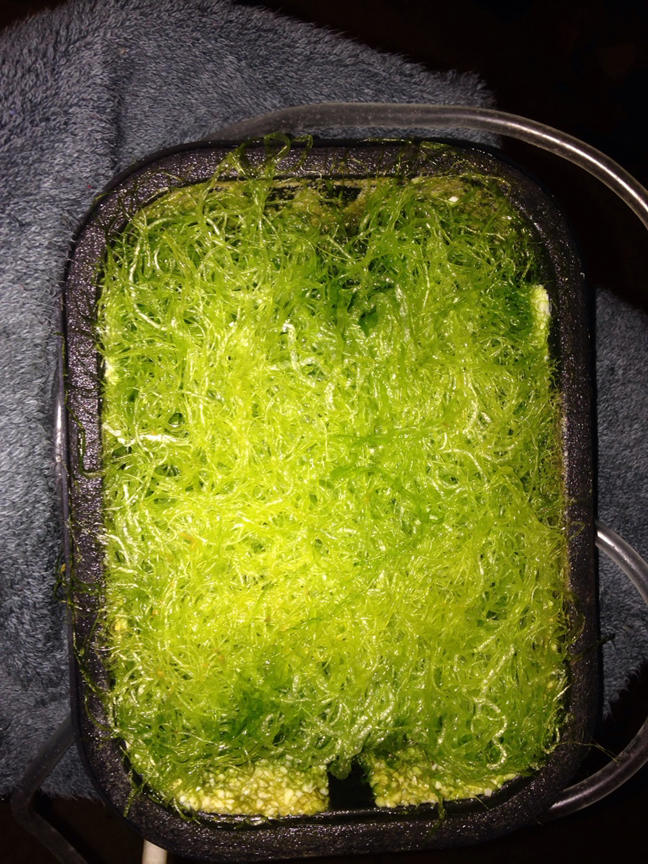 "I love the design of this DROP.6" -- Travis Patschureck 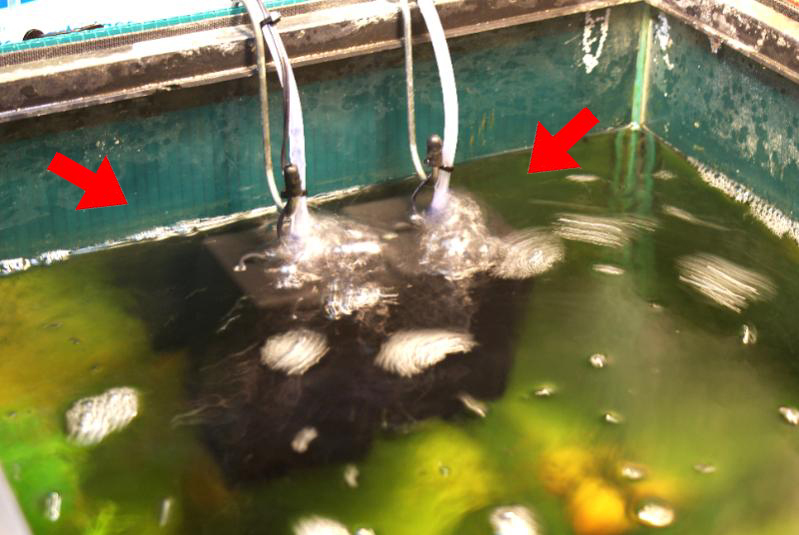 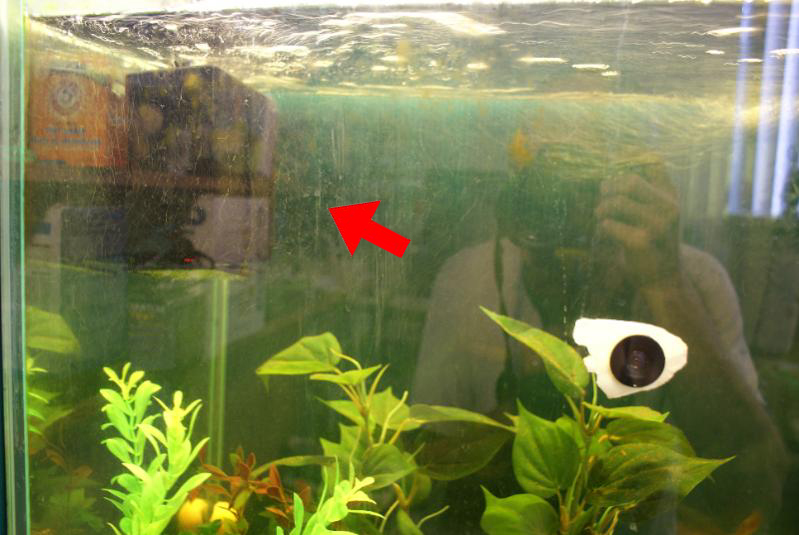 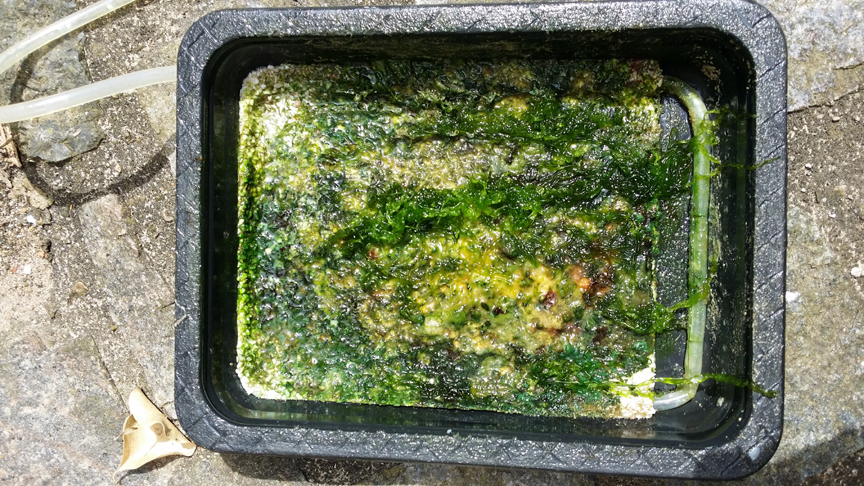 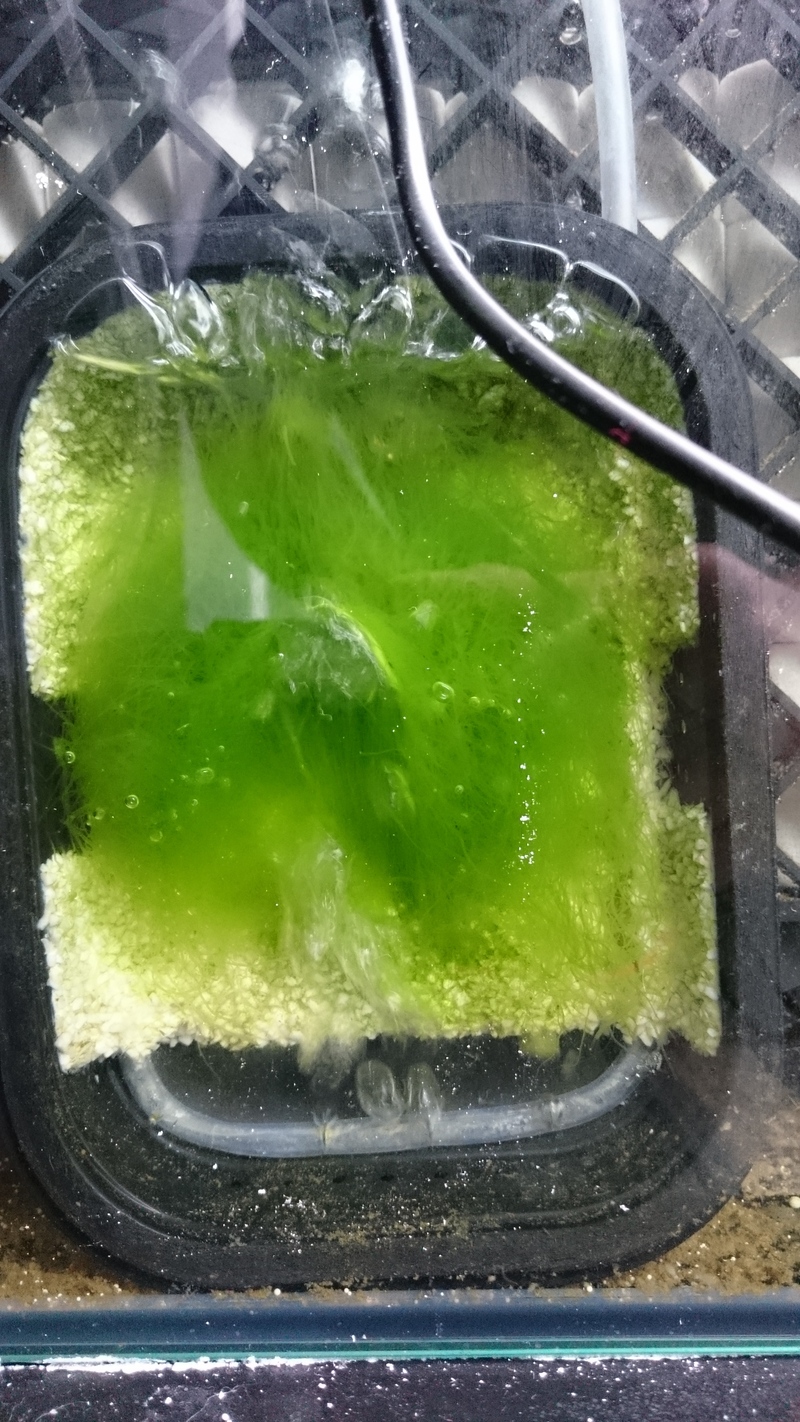 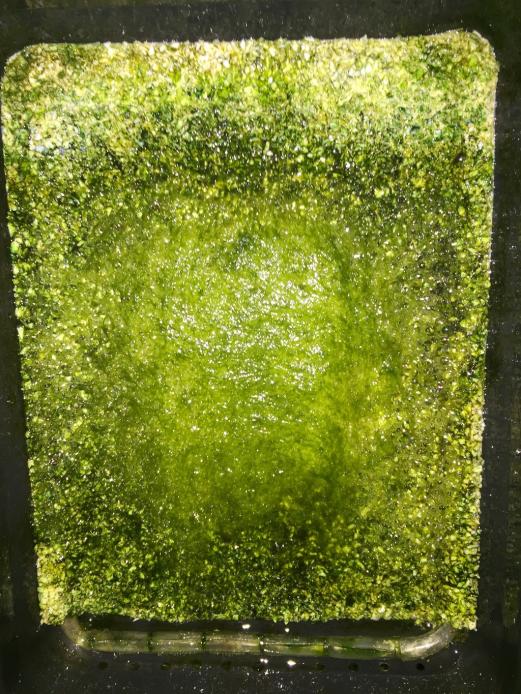 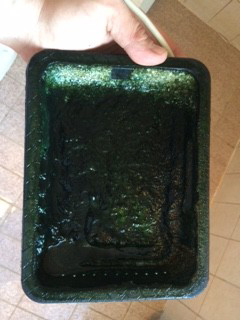 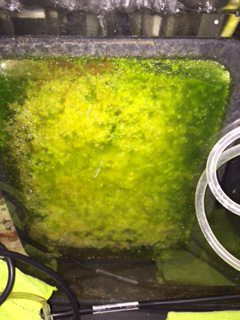 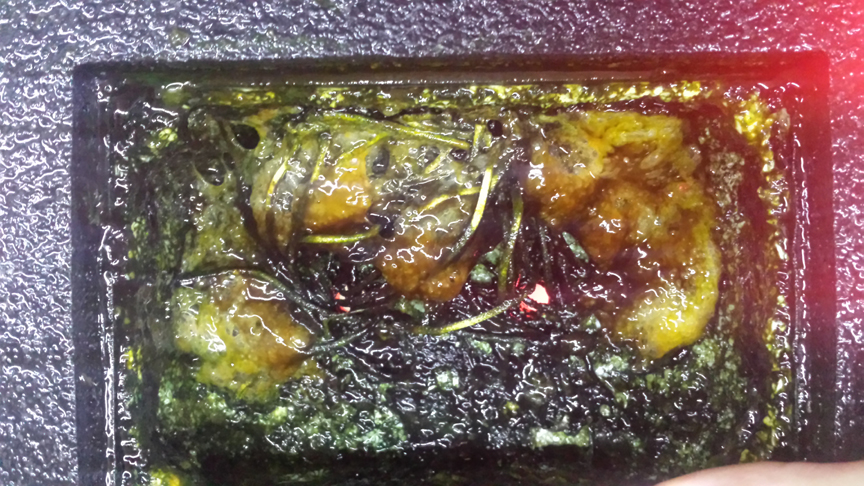 Comparison of all the DROP scrubbers:

my scrubber has been doing great for a while but now that my nutrents are lower its slowed down and this time the algae is turning red any idea why ?

Not sure about the red, but less nutrients often = less growth, which is the way you want it to work.

@SantaMonica I just received both my .6 and my SURF today, for two separate tanks in my house. Do you mind me creating a thread inside your vendor forum to document my experience or would you prefer I do so in a different section?

Probably goes without saying, but no promises on me liking it or disliking it, but I want to give it a legitimate shot and document my experience as I go.

Two scrubbers instead of one

I would like to take a moment and welcome BACK Santa Monica Filtration as the newest sponsor of the Reef2Reef community!