Using rock from my stable tank in my new tank.

So I got into reefing 3-4 years ago. I started when a buddy was getting rid of his tank. Well, this was not how I should have started. He used tap water in it. It was fish only. I’m pretty sure the rocks in it weren’t reef safe. But you live and learn. Since then, the tank has been convertered to 100% rodi(4 years ago). I eventually removed the sand, added crushed coral. The tank was kind of a pain in butt for a couple years. The tank has been stable for over the last 1.5 years. And to be honest I kind of neglect it. It has no sump or skimmer, but it does have a hob refugium.
this tank definitely has it share of bubble algae, has some colonial hydroids, and some aptasia. But it has a decent Pod population(tons of mysis shrimp). I’ve had a dragonette in it for the last year. He’s put on a good half and inch in length. I’ve had 2 anemones for 3 years. I now have a naso tang in it. However I was basically using this tank as a qt for the naso tang. Because I’m currently buildIng a 220g system with a closed loop. I’ve had rock curing for around a year for this tank. And it’s hopefully going to get water by the end of the year.

Now my goal is to have an sps tank. But obviously stability is key here. And I’m debating if I should use my old rock from this 55g tank. Phosphate are undetectable(probably from algae ) nitrates hover between 40-45ppm(it never lowers but also never rises). Just hoping to get some opinions, because obviously no one like aptasia or bubble algae, but everyone gets it at some point or another. The hydroids havnt really ever been a problem, they havnt spread much. And the naso is working on the bubble algae. He already destroys a couple handfuls of culerpa that was growing in the tank. I Havnt noticed any other pest, no flatworms, tons of micro brittles.

So to get to the point, would you use the old rock. The pro is stability and established bacteria, con is some algae, which I could work on getting out before the new tank done. And I’m guessing I dip the rock in some aptasia x to get rid of them.

so what would you do? Start from cured rock, or cured rock and established rock with some algae?

Here’s some pics. And if anyone wants an colony of bubble algae, let me know . 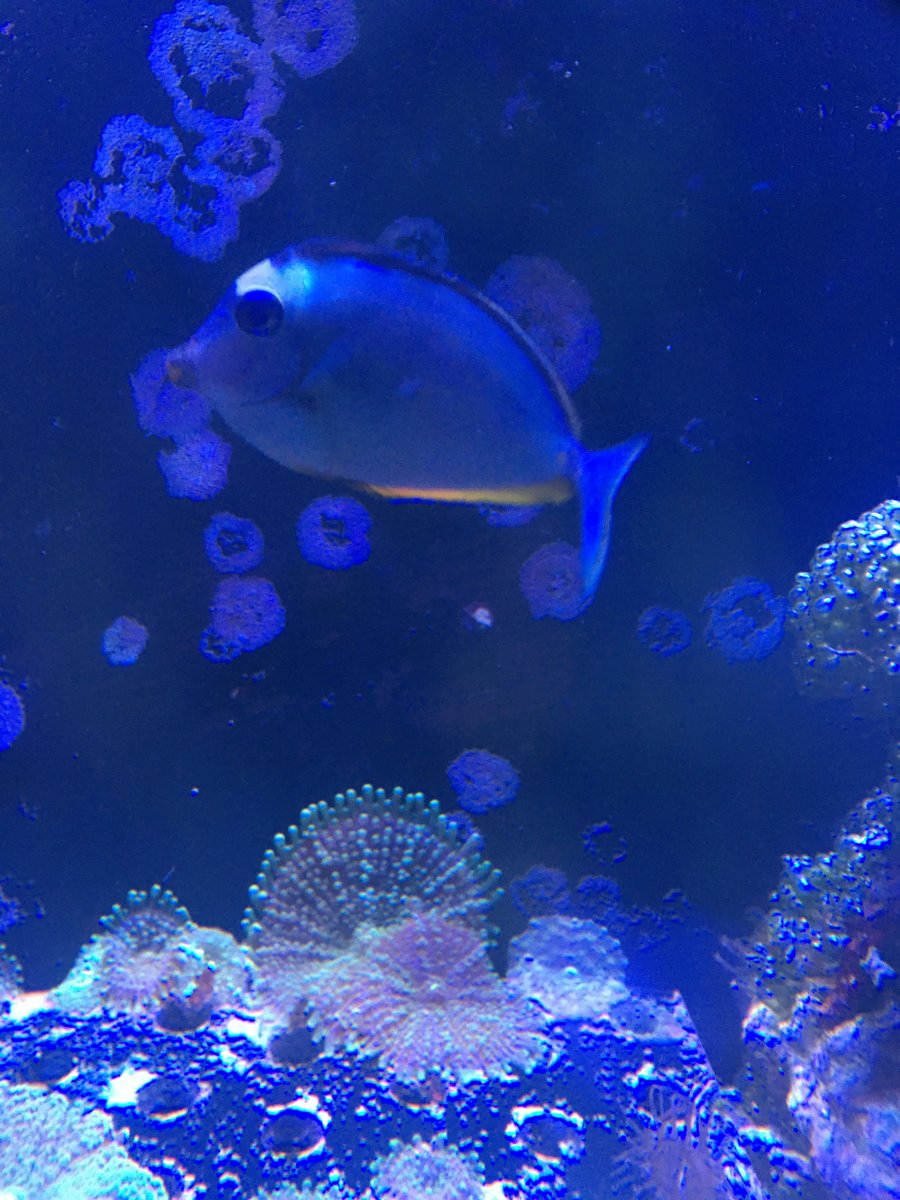 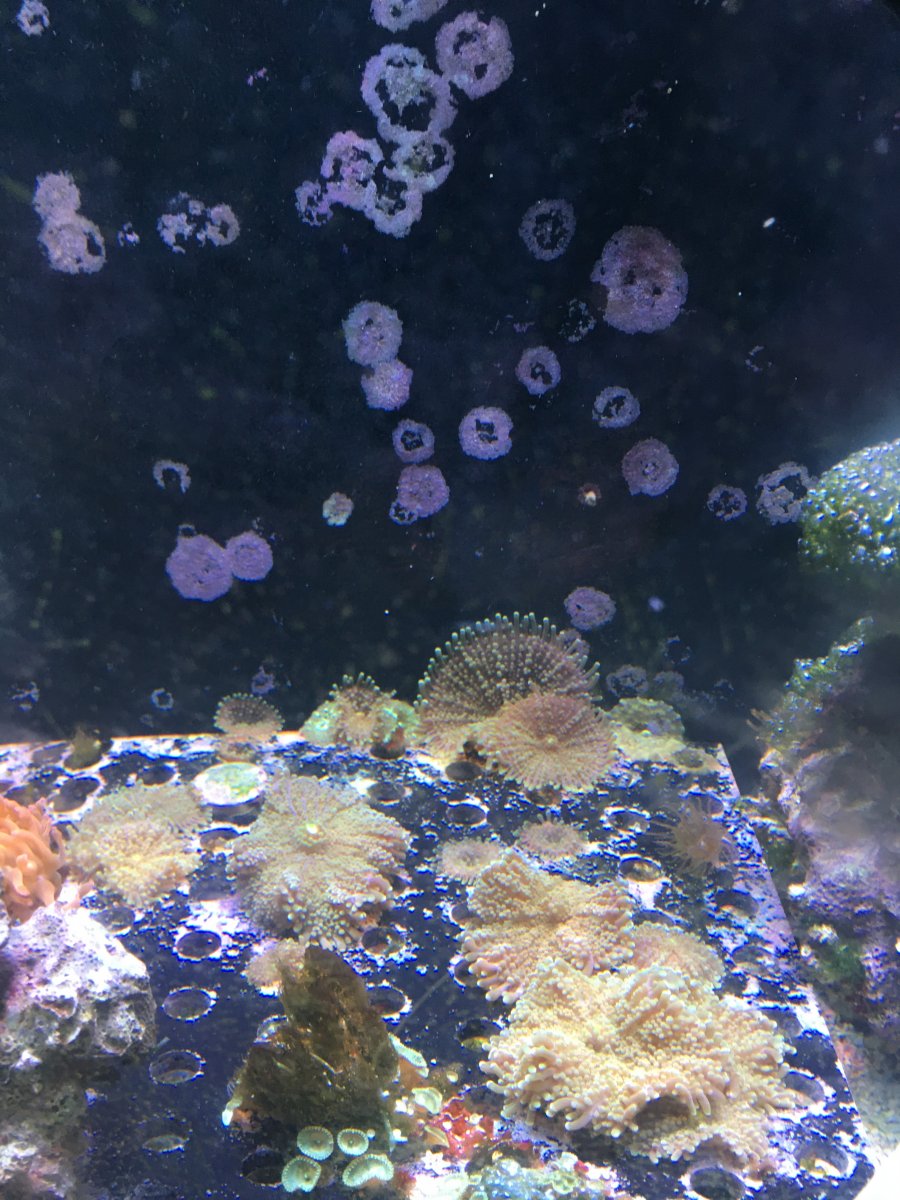 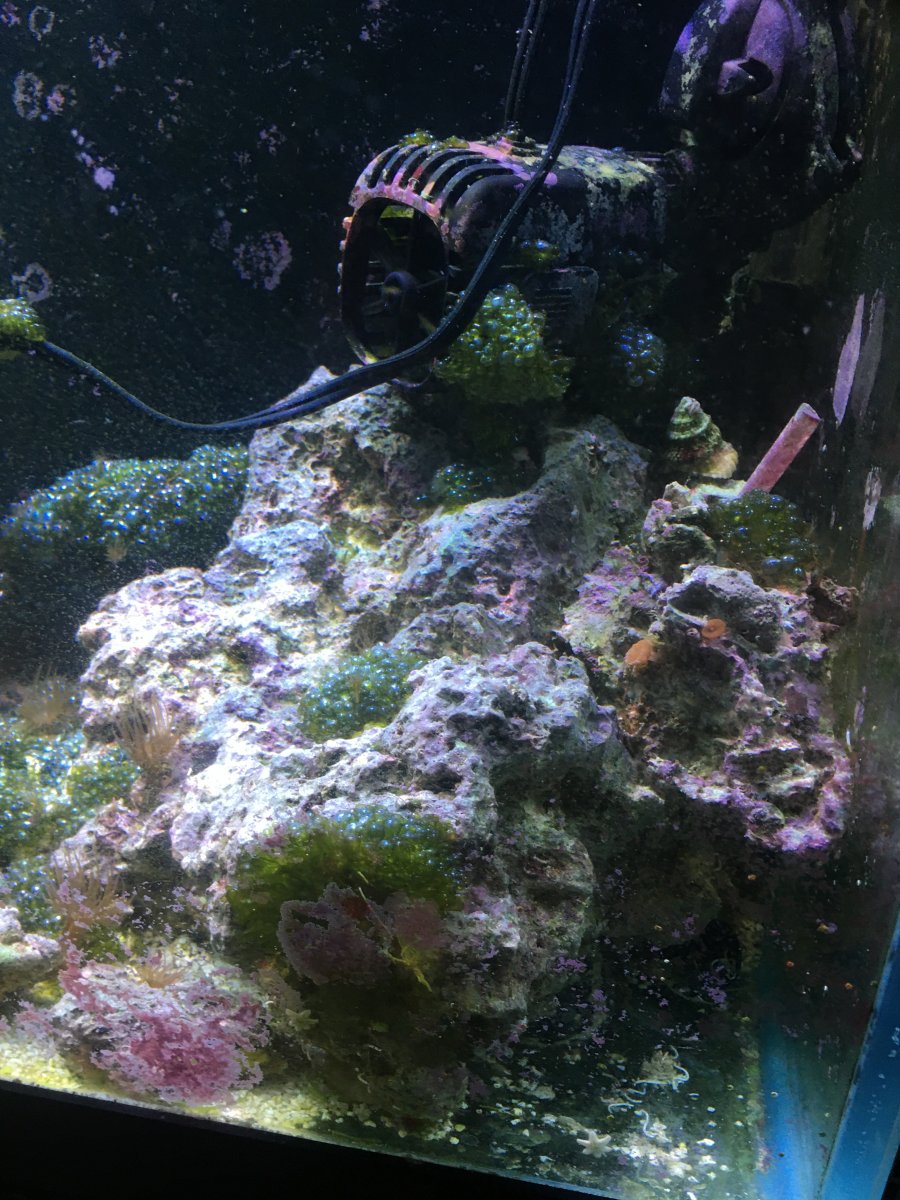 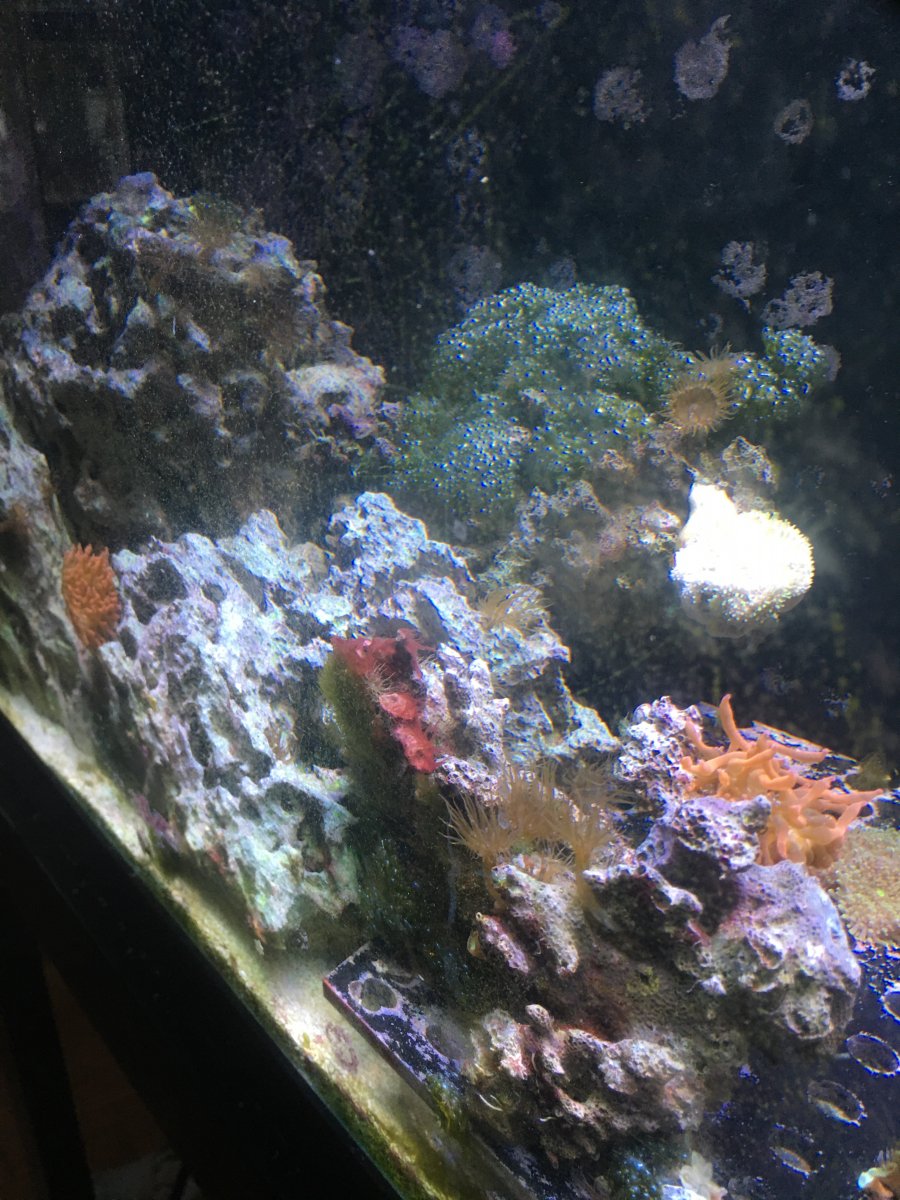 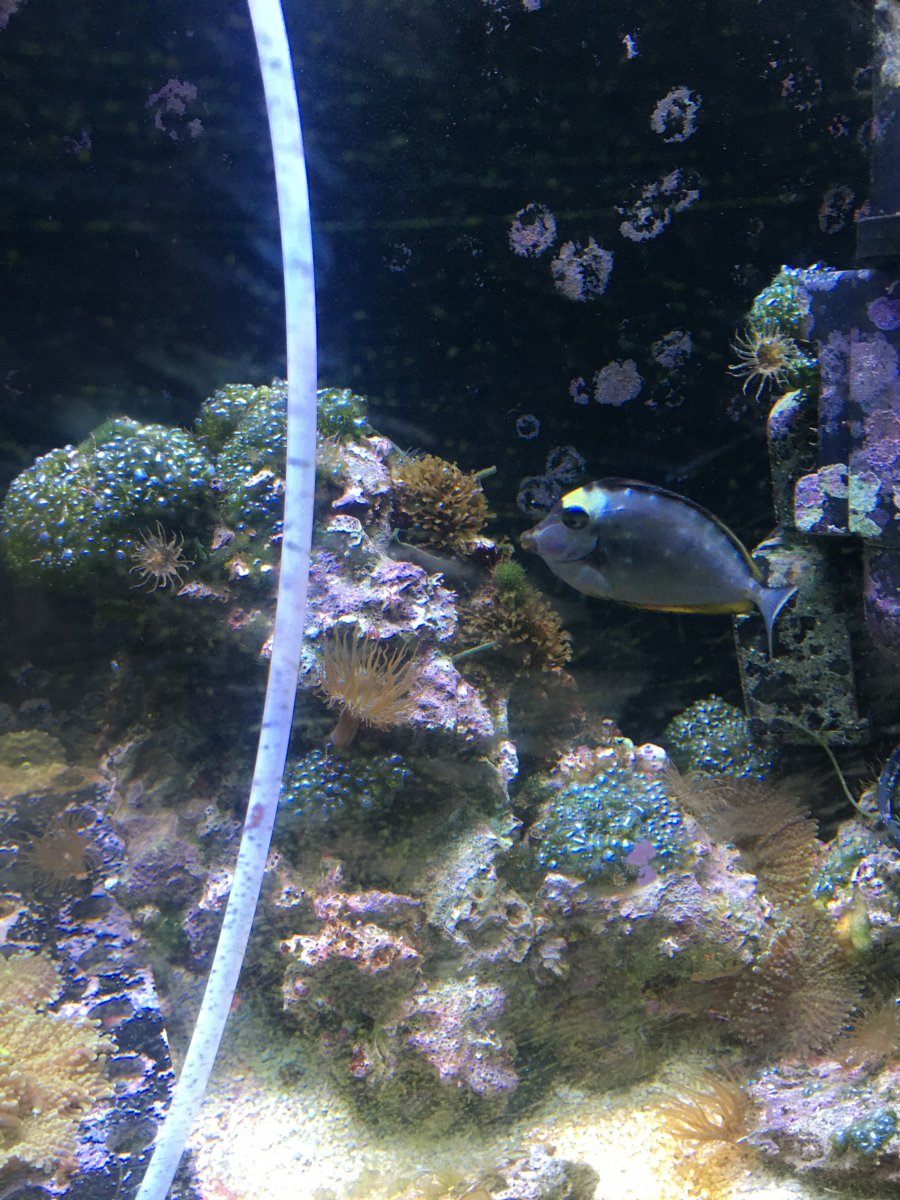 I think either way you end up in the same place, which is fine.
A cycled tank with some algae.
I dose some microbacter 7 when starting.
Use the old rock.
J

Scrub rocks really well inside the tank, and quick fresh-dip, and then use them. Just knock off as much algae as possible, while keeping all the good bacteria
OP

Pistondog said:
I think either way you end up in the same place, which is fine.
A cycled tank with some algae.
I dose some microbacter 7 when starting.
Use the old rock.
Click to expand...

I actually have some microbacter 7. I bought it for the new tank. I added some to the cured rock a month ago. The rest will go in when the tank gets water. The old tank is getting torn down when the new tank is done. Need to make room for a wall mount for our bikes.

My tank is pretty much mature and growing coralline. Can I add this rock?

dry base rock mixed with cured base rock = cycle?