It’s got me scratching my head, he’s started having ich the day I put him in the DT 2 weeks + 1 day ago.

now even my yellow tang is starting to have little white spots of ich/velvet (which never happened before).... and the hippo too but he’s had it the first week I’ve put him in and it went away.

I’m currently cycling my first tank upgrade (125g) which would be A LOT easier if I transferred all the fish and most rocks in the new tank and just left the corals and inverts in my current tank to fallow while doing hyposalinity and treating everyone together.

I’m ready to buy a big QT tank to do the copper treatment for all of them tomorrow if this isn’t ich but I’d like to avoid it and just do hyposalinity since it’s less stressful on fish.
All the fish are still eating! I soak nori in vitamins since my sailfin only eats nori (but lots of it).

all the prams have been stable so the sailfin either stressed everyone out or brought something new in the tank. (It’s starting to get overcrowded in the 55 gallon hence my tank upgrade)


Last week when I thought it was velvet ppl on here told me he’d be dead by now if it was velvet. But this is pretty severe for ich... 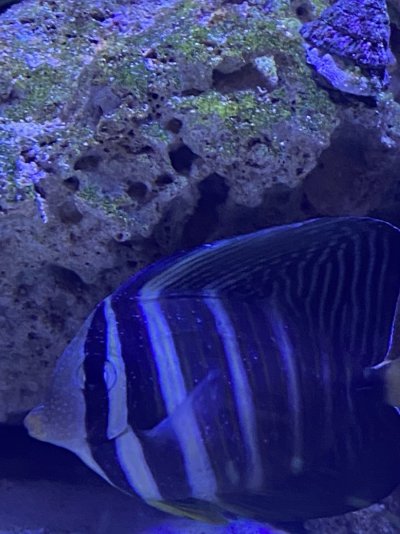 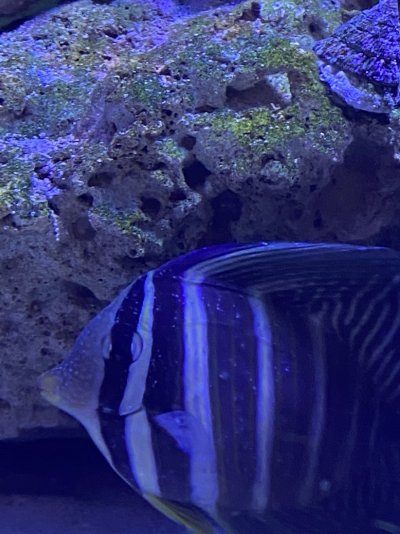 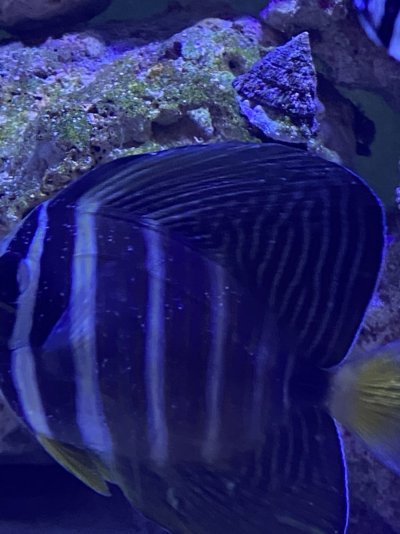 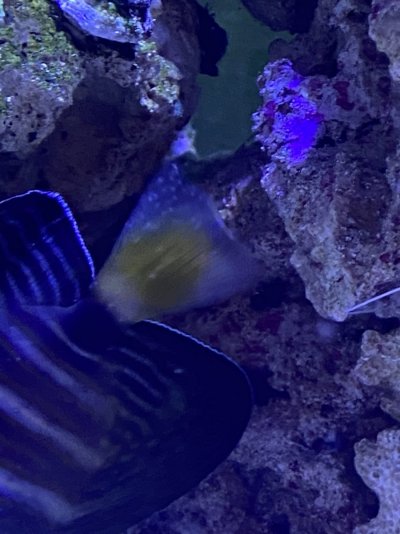 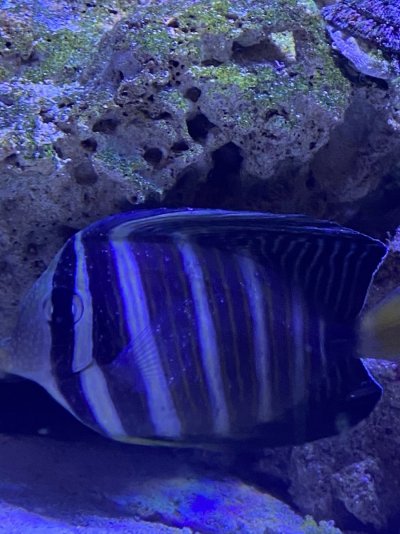 It looks like ich to me.
If you can count the spots it's ich, too many to count it's velvet. Velvet kills quickly.
My powder brown has ich and I'm treating with hyposalinity. It's working great!
Four days into hyposalinity and the parasites are off of him and lying on the bottom of the tank. 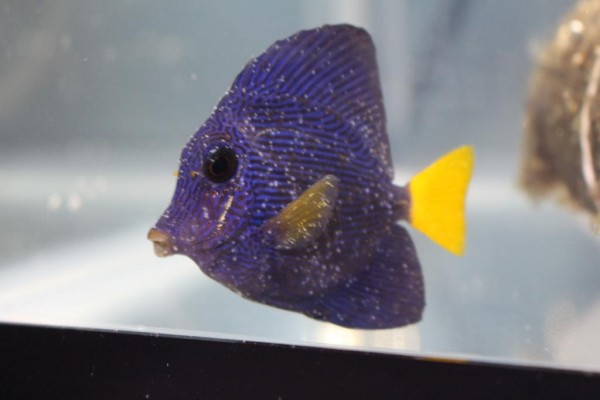 The reef aquarium hobby is not for the faint of heart. Maintaining a complex ecosystem can be a daunting task with many variables in play that all have effect on one another. However, beyond the effort to maintain the ecosystem and address common...

EMERGENCY Is this ich or velvet?
2

Ich active on Snails and Corals?

Flukes or ich?? They are eating very well