What’s living in my blasto?

So, a hermit marched over this frag (that I’ve had for months) and I saw the orange bit and thought it was a dead polyp or something.

It moves. It has antennae I think... or at least some tentacle like things.

My immediate reaction would be vermatid but it doesn’t look like any I’ve ever seen and there aren’t any in the tank (that I know of).

Normally the blasto is puffy and I don’t see this thing. 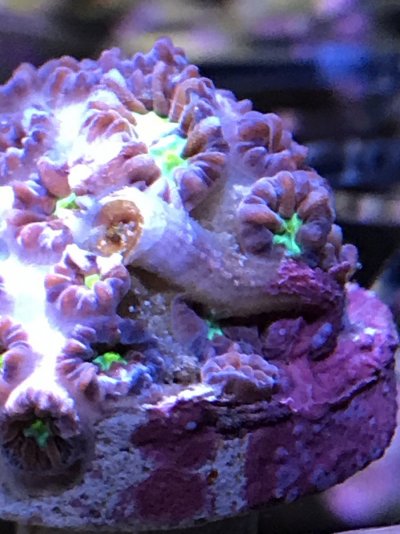 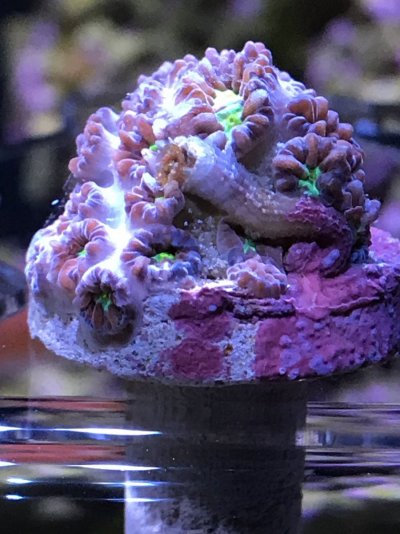 Some googling has suggested not all vermatid snails look a like...

it is a very large vermetid, the huge vermetus ones usually are not an issue and i seen someone had one for years with no reproduction or issue

I’d glue over it and be done with it.

I removed it... full lancing/scrape. Fingers crossed it didn’t have any youngsters.

Beau_B said:
I removed it... full lancing/scrape. Fingers crossed it didn’t have any youngsters.
Click to expand...

it does not have any youngsters
OP 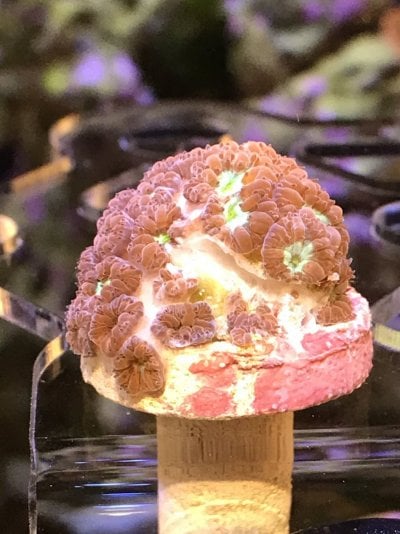 B
What's this on my blastos

D
What's on my blasto?

Blasto has been closed up...
2