What are the HOTTEST Corals on the Market Right Now (July 2022) according to Reef2Reef?

Tastes change, people changes, markets change, coral desire changes! So what is the hottest corals on the market right now? What's everyone looking for? Let's talk about it!

What do you think are the most popular corals on the market right now?

What everyone else wants aside, what are YOUR favorite corals right now? 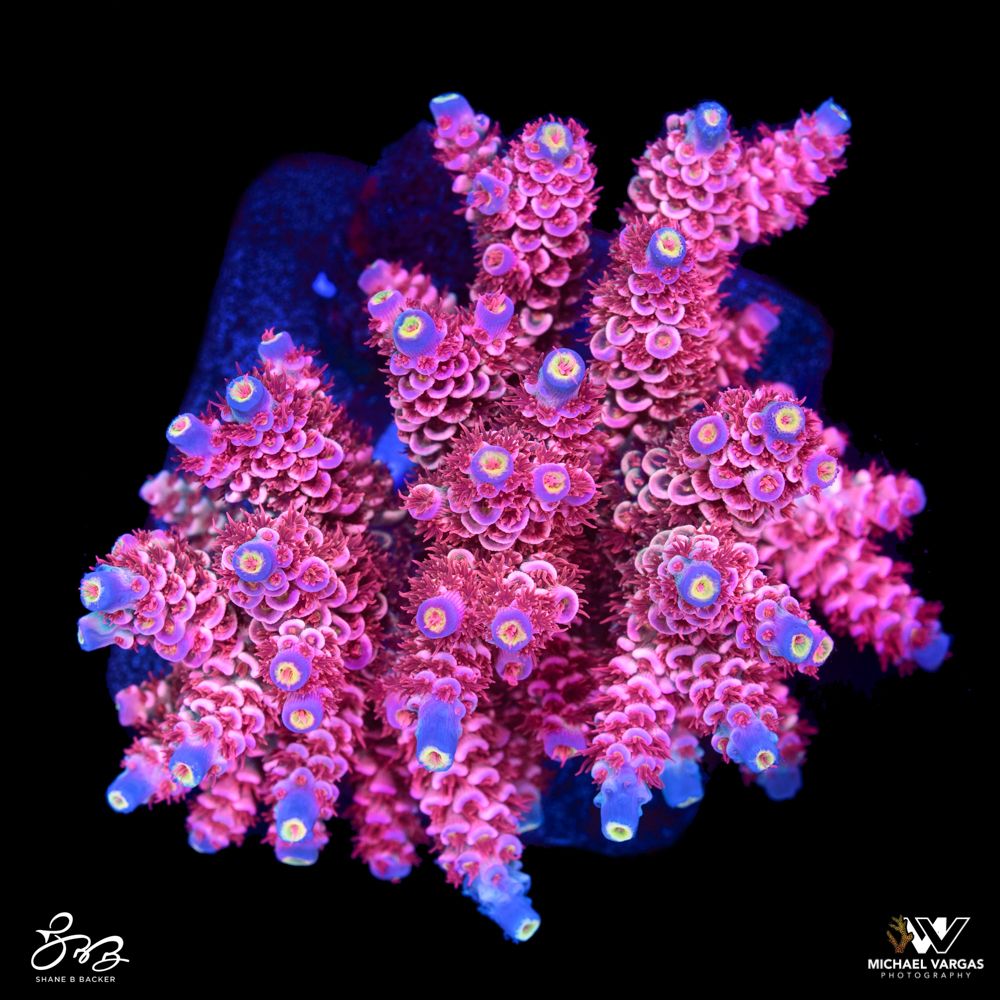 I can't afford the hottest Acros on the market (Jawdropper, etc.), so I don't follow those too closely.

For me, pretty much anything Acropora. None of the crazy expensive frags though. IMO, that's a waste of money. Once they are out for a while, there will be more and more frags circulating and the prices will fall.

I would say meat corals, bounce mushrooms, and torches are probably the 'top 3' (based off pricing)

I am just here for the @polyppal Zoolander GIFs

ScubaFish802 said:
I would say meat corals, bounce mushrooms, and torches are probably the 'top 3' (based off pricing)
Click to expand...

Pricing is getting a little ridiculous especially online. Especially for re named torches
T

Anything currently being shipped to anywhere in Texas, I'd say.

bounce shrooms, SPS(particularly deep water/low light) are top 2 for me. top 3 would be a CBS nem

I still love my euphyllia and zoas!! 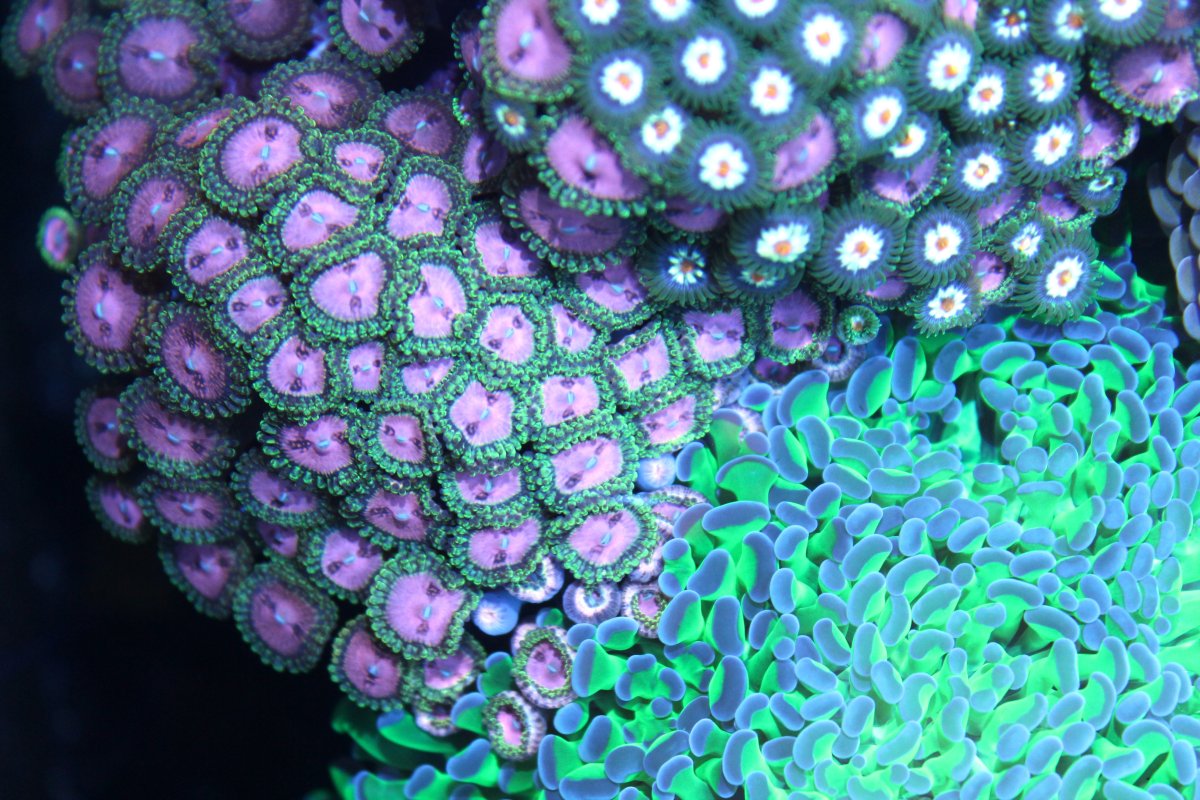 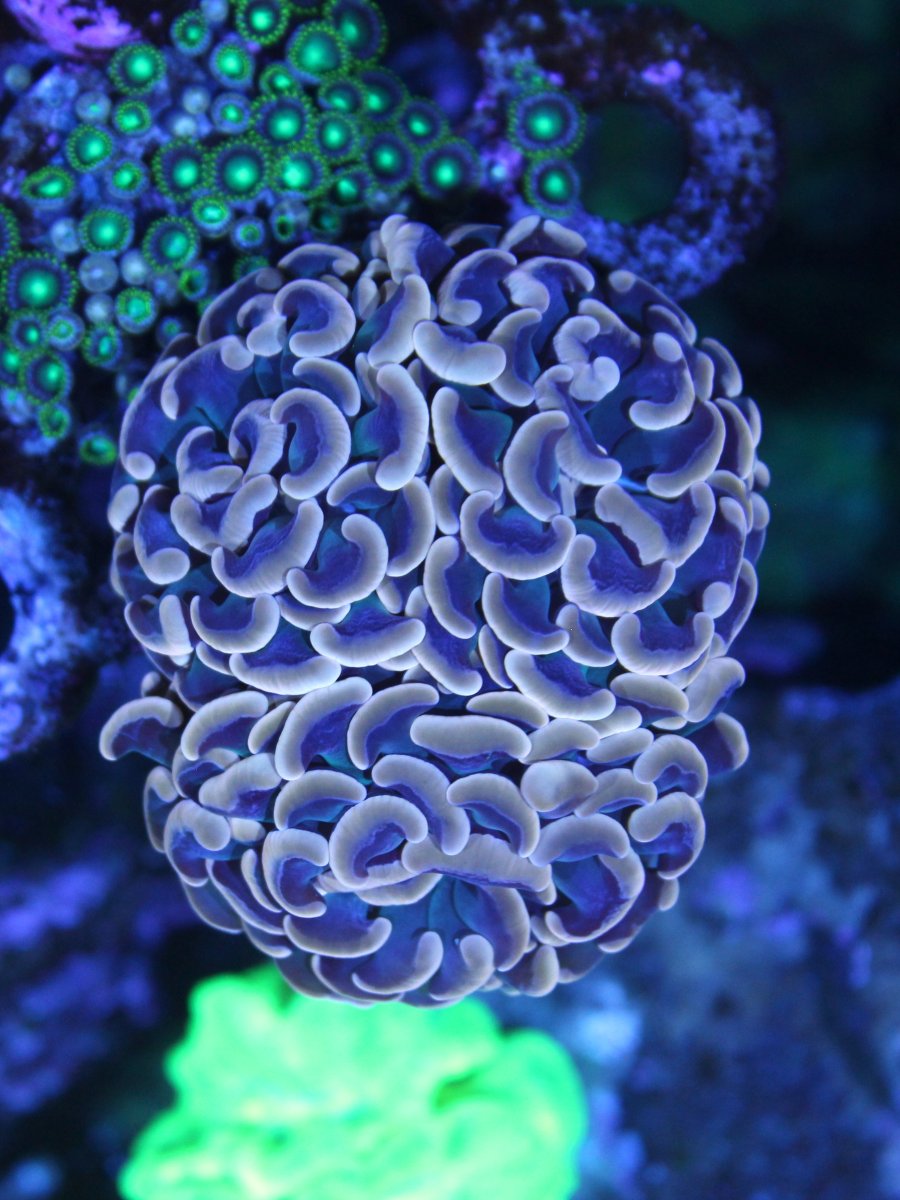 There are so many awesome sticks I would love to have but are over my budget per frag.

I’m in love with softies in my 4’ tank at the minute. If I had been told that Softies were some of the best corals for a final reef I wouldn’t have believed them. But dang, my 4’ tank is currently only LPS and Softies with one SPS.
Here’s the majority of my Softies in my 4’ tank. There’s only about 4 LPS however they don’t clash with the softies and instead they just add to the affect of what appears to look like a Caribbean reef (Which isn’t really what I was after - I was after the look of an Indonesian reef). I’m aware mushrooms aren’t softies however I think they really add to the affect of a softie heavy reef. 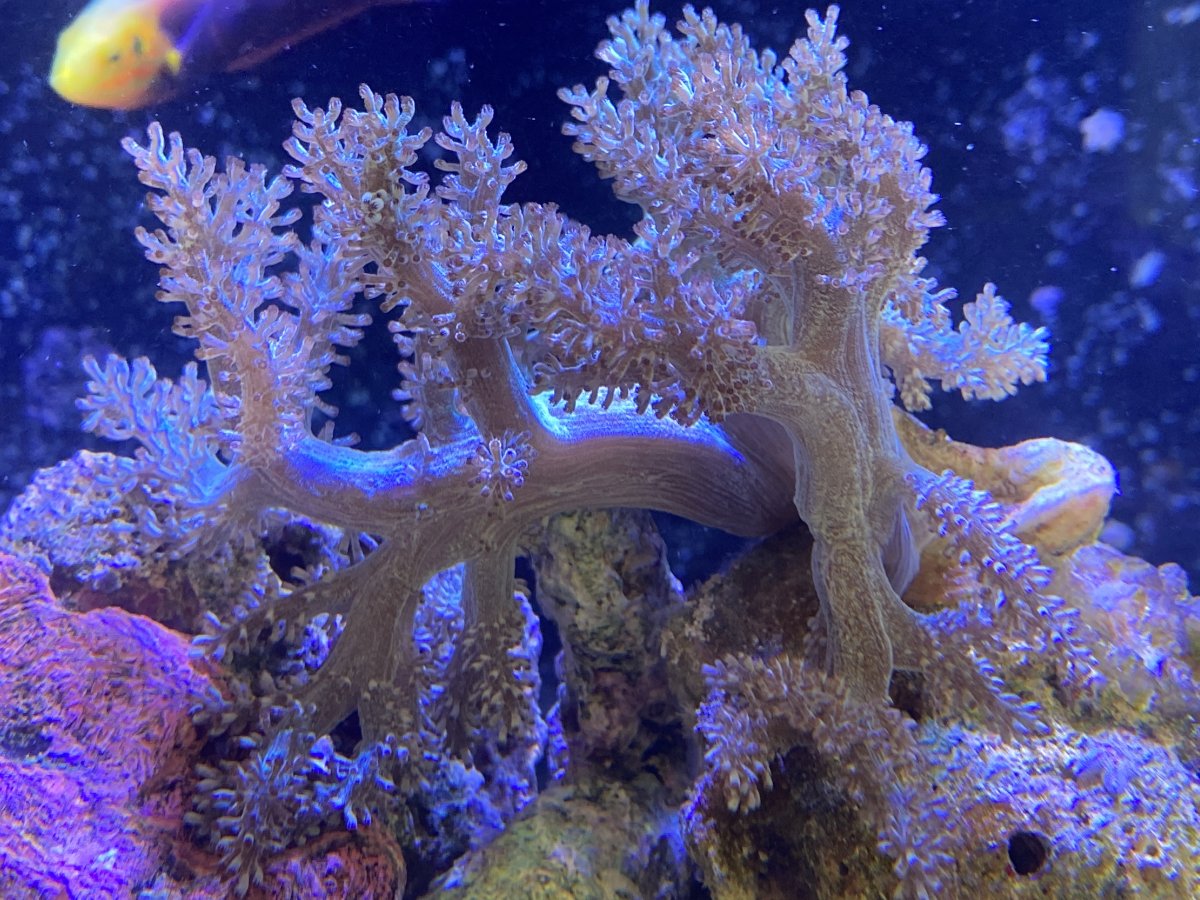 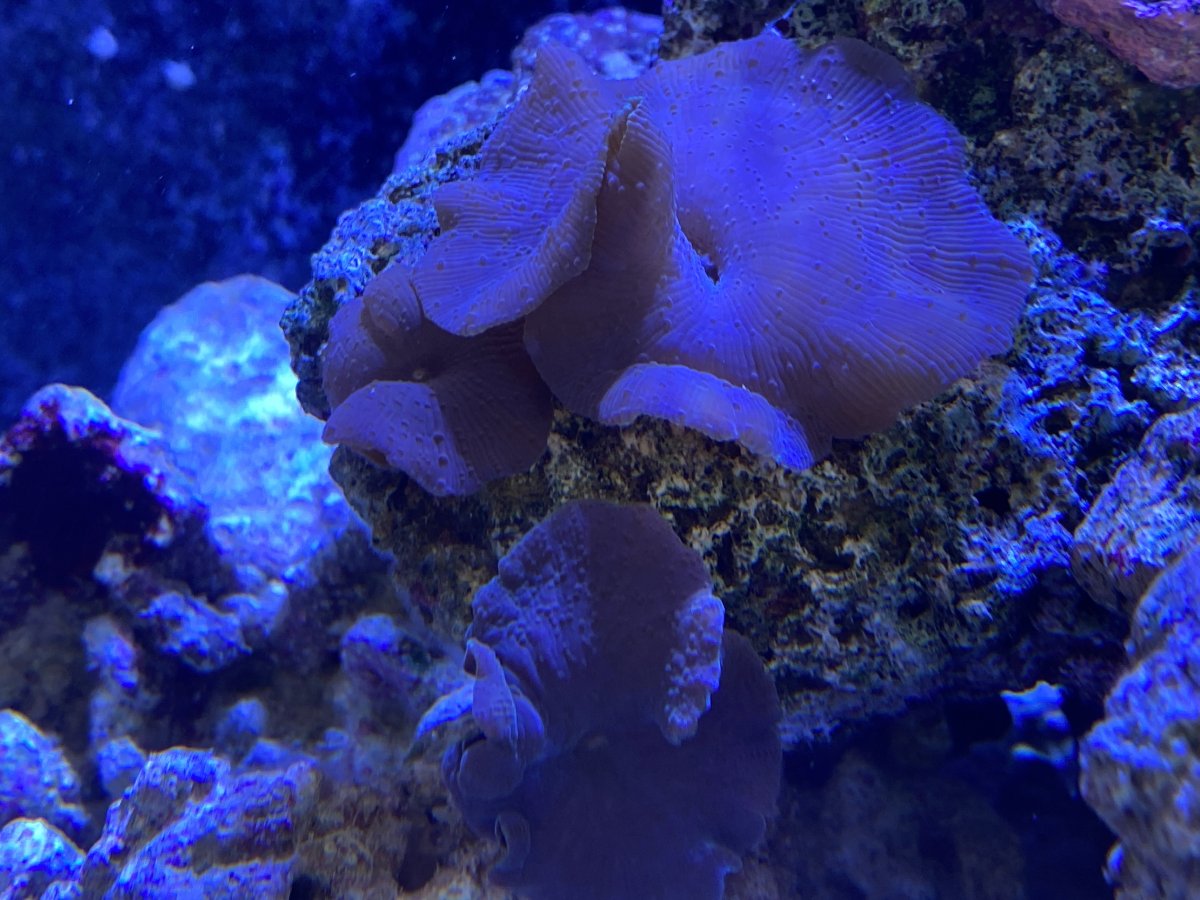 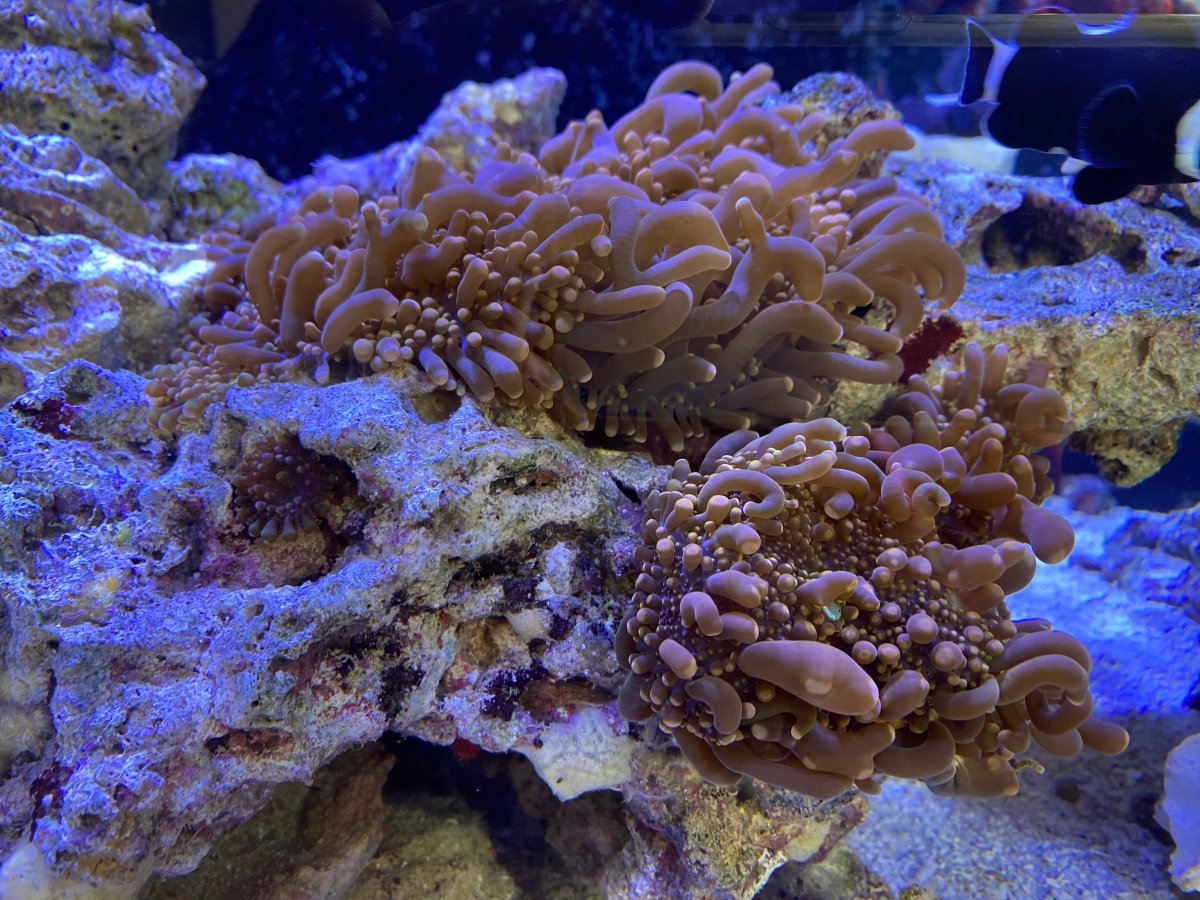 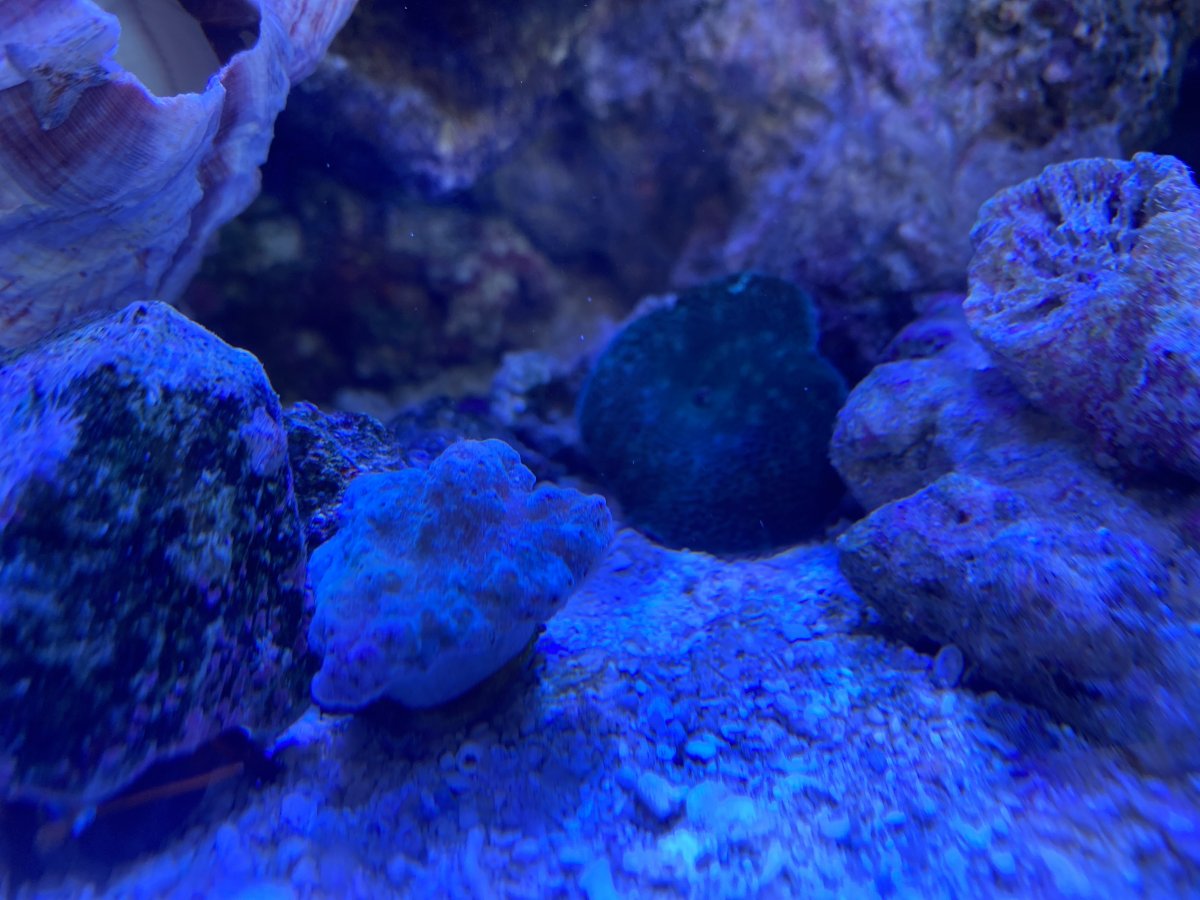 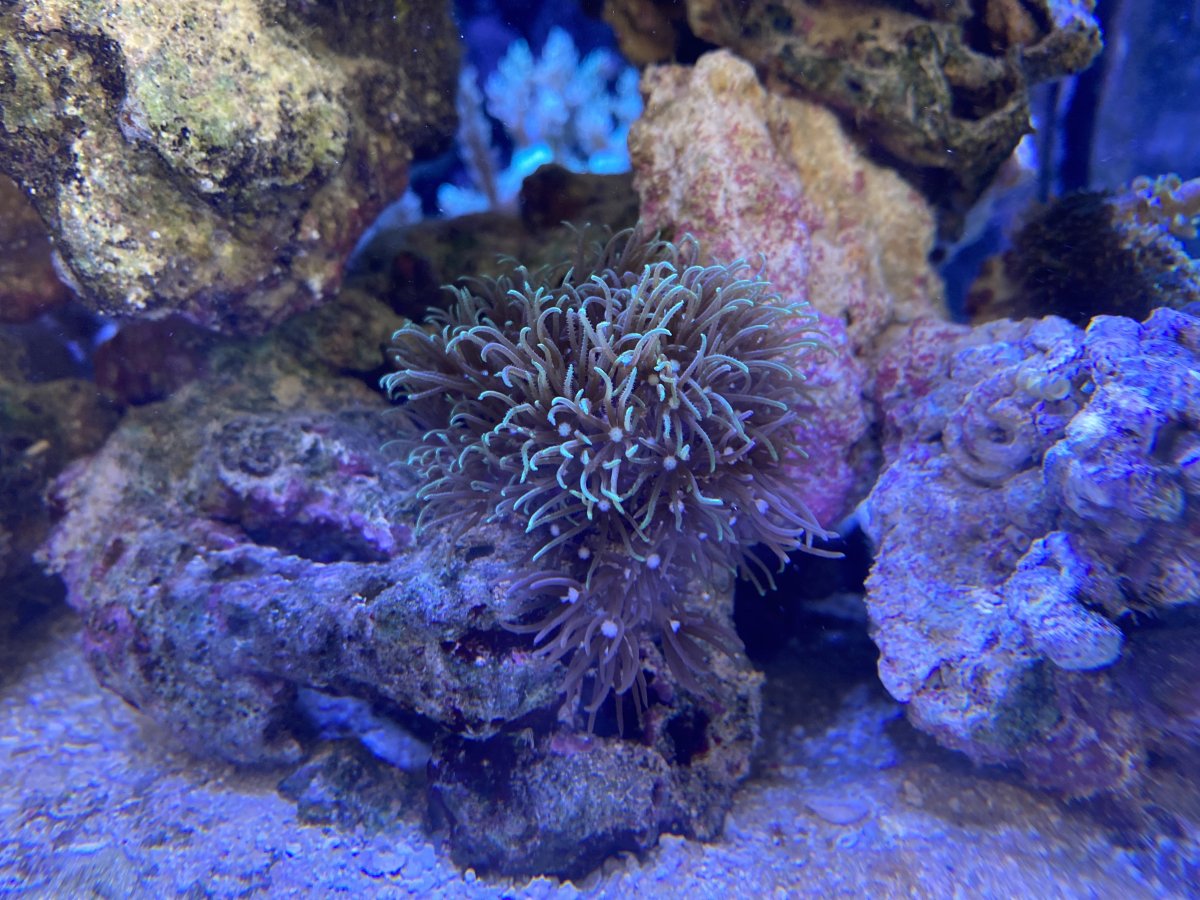 Here’s the majority of LPS in the tank, not as great however as I said they do work really well with softies. 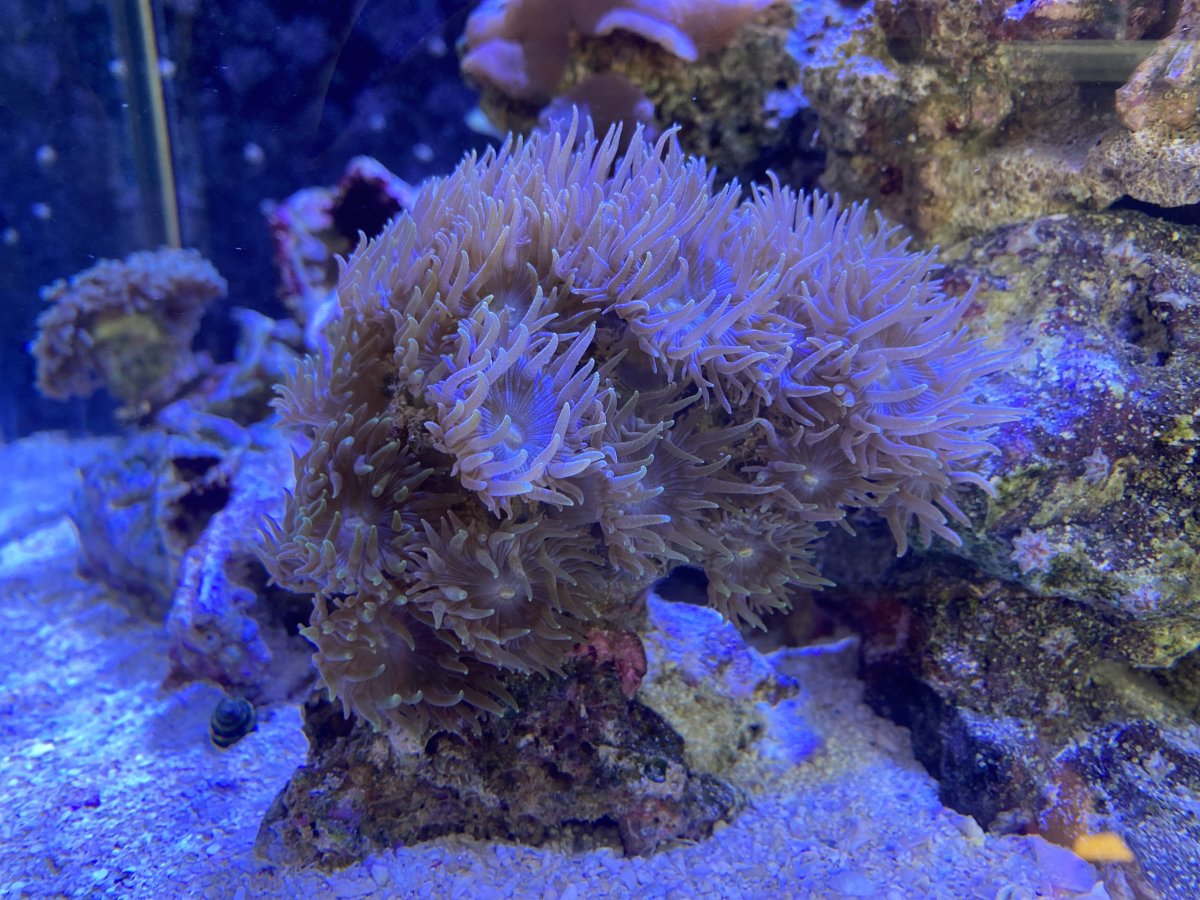 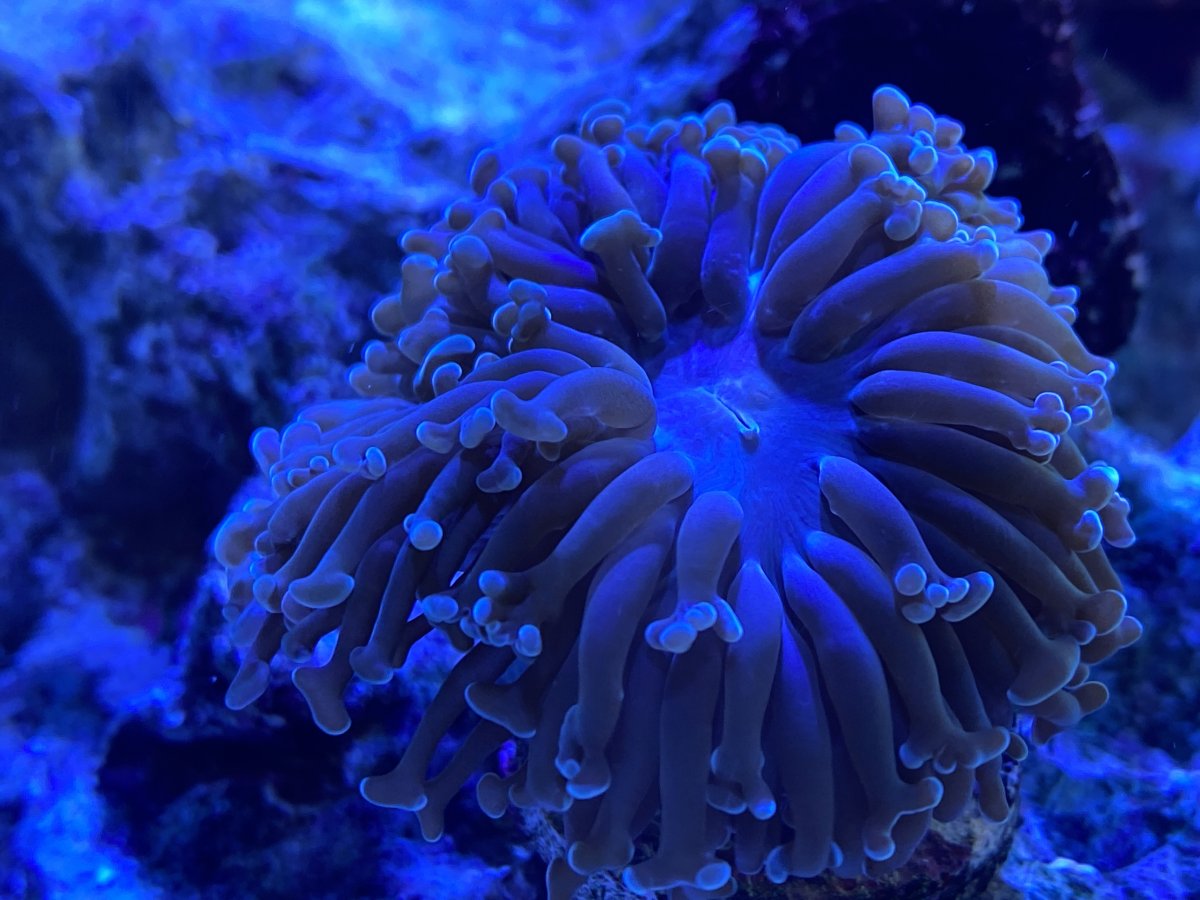 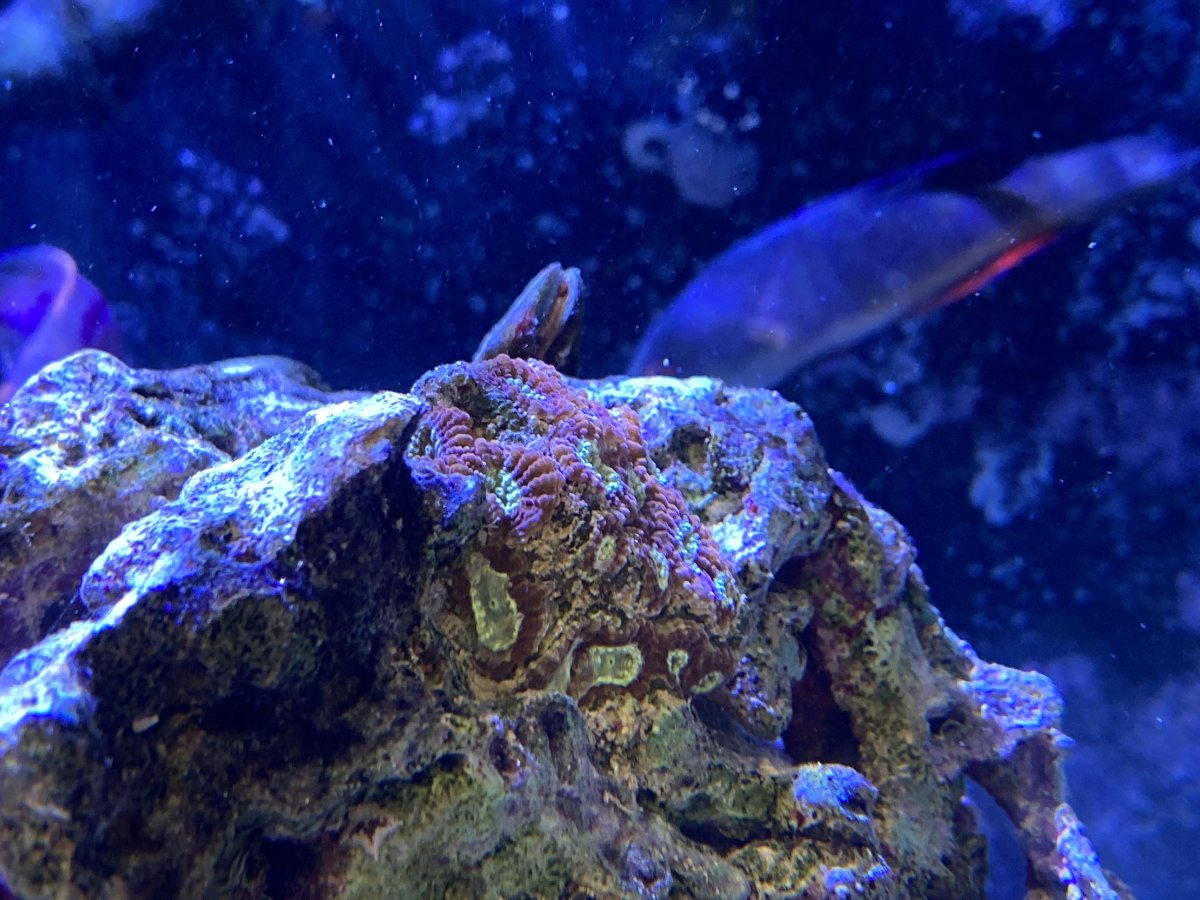 However, in my nano my top coral is definitely SPS. I figured I had a tank that was heavy with softies/LPS so I wanted to have a tank that was more of the sticks. I do plan to add sticks to my 4’ tank however I hope the softies help the sticks appear more natural.

Hot? I’d say torches and Gonis and select SPS( I don’t really follow this one too much).

Most expensive, but not hit because they usually sit for a bit is meat corals and select scolys (seeing $4-$6k for “fancier” named ones)

Not just SPS but encrusting SPS. 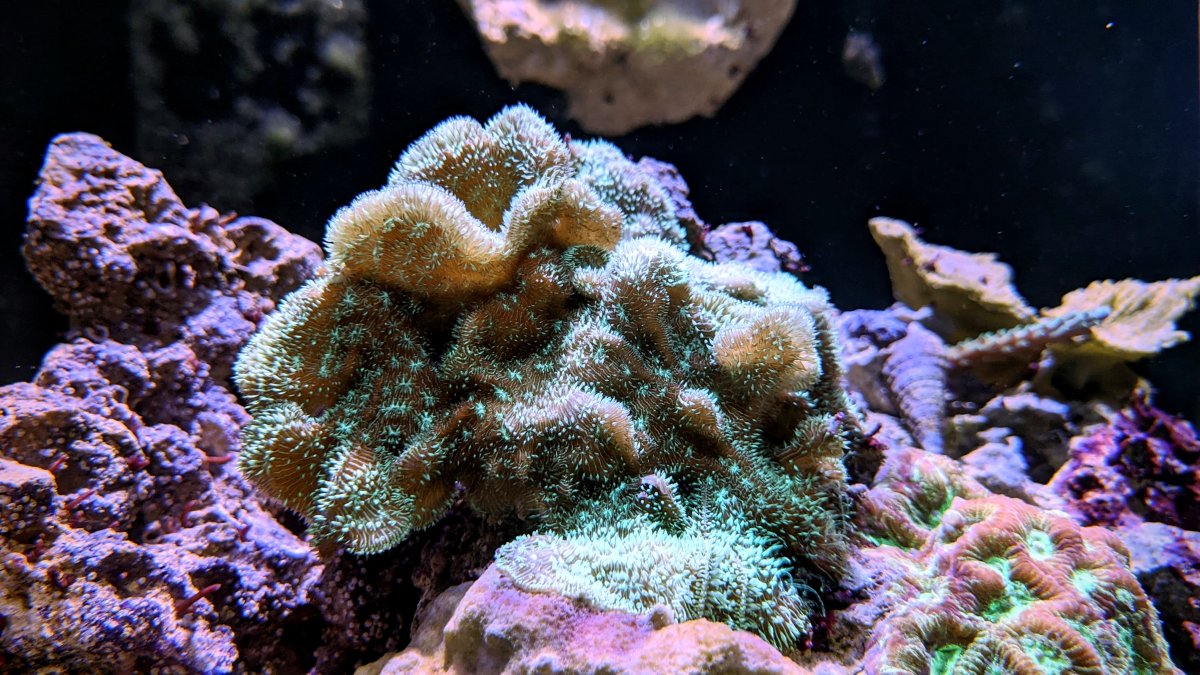 What species is that? It’s stunning

i cant think said:
What species is that? It’s stunning
Click to expand...

It was sold to me by Salty Underground as Green Shaggy Leptoseris. The general consensus from people I have shown is that it is actually a Pavona. I'm not enough of an expert to say one way or the other.

I have a thing for montis, I want them ALL.

Give me all the Euphyllia

Lately in the auctions its been going crazy for Gonis, Acanthos, Meats, and the usual high end torches.

I love favias, and you can find many of them for under 75 bucks. I dont have any SPS yet (only 3 months into reefing) but eventually when i get my water parameters down, I want to get some psammocora.

My favourite coral has always been plating montipora which have a small red and green frag that bought few months ago and didn't think one would sting the other but the red one has grown over the base off the green one where they meet as bought on same frag plug,and at night I see where they meet stringy things so guessing stinging each other.pics of my 2 very small monti frags,like 2.5 -2 inches for green and 2-1.5 inches for red,green is growing more outwards and red has overgrown 1/2 inch of bottom off green but not grown outwards but way positioned green getting more light on top off polpys than red.

Next favourite would be torches and euphylia but tried 3 torches several months ago and longest was 3 months till dead,so maybe young tank,pest or something not right but waiting till try another.

And nice colourful zoa gardens always do it for me ^_^
Pic of one off my small zoa frags that getting strangled by coraline algae lol,think time to buy another tuxedo urchin as these zoas did grow a few new heads when had at bottom off tank but as moved higher and tuxedo urchins died whilst on holiday and coraline algae really took off,now lost a few heads as coraline literally strangling and growing around and above them lol
Even on a dead sps frag the coraline growing so left it in just for effect ^_^ 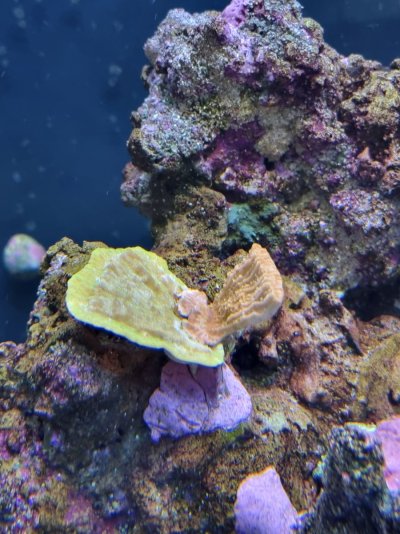 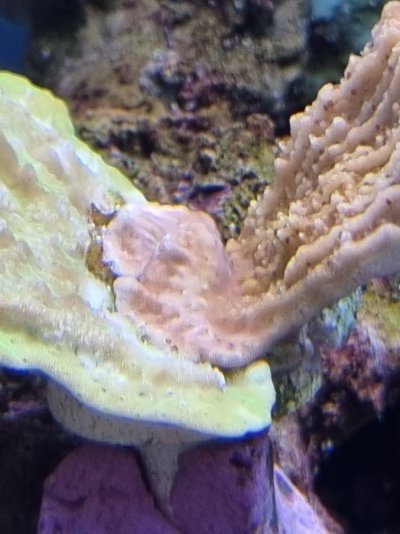 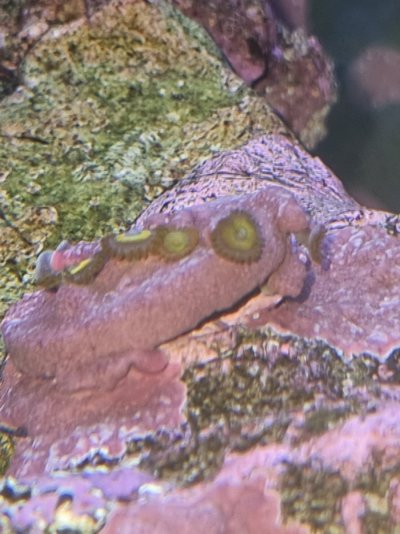 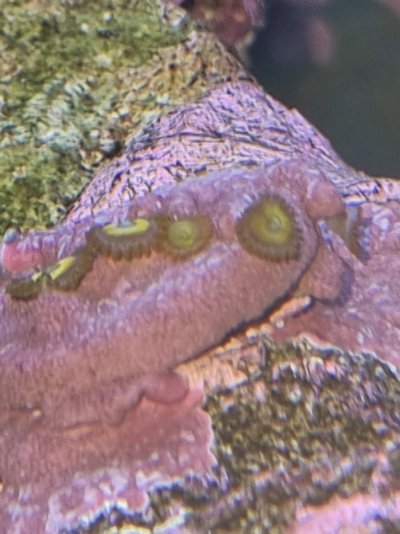 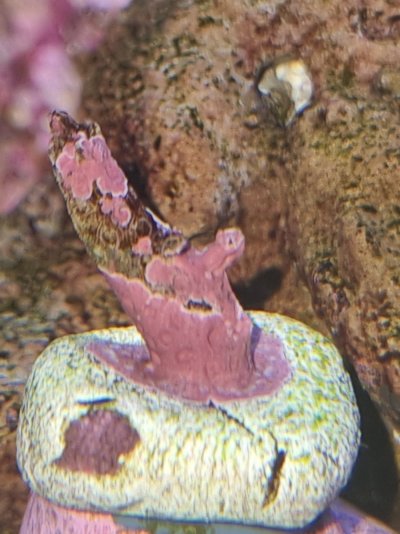 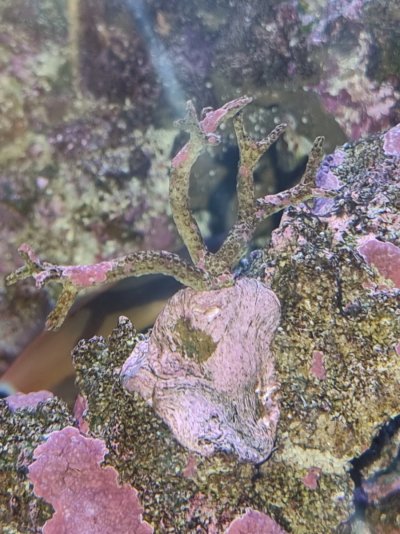 Love me some Acros and SPS! 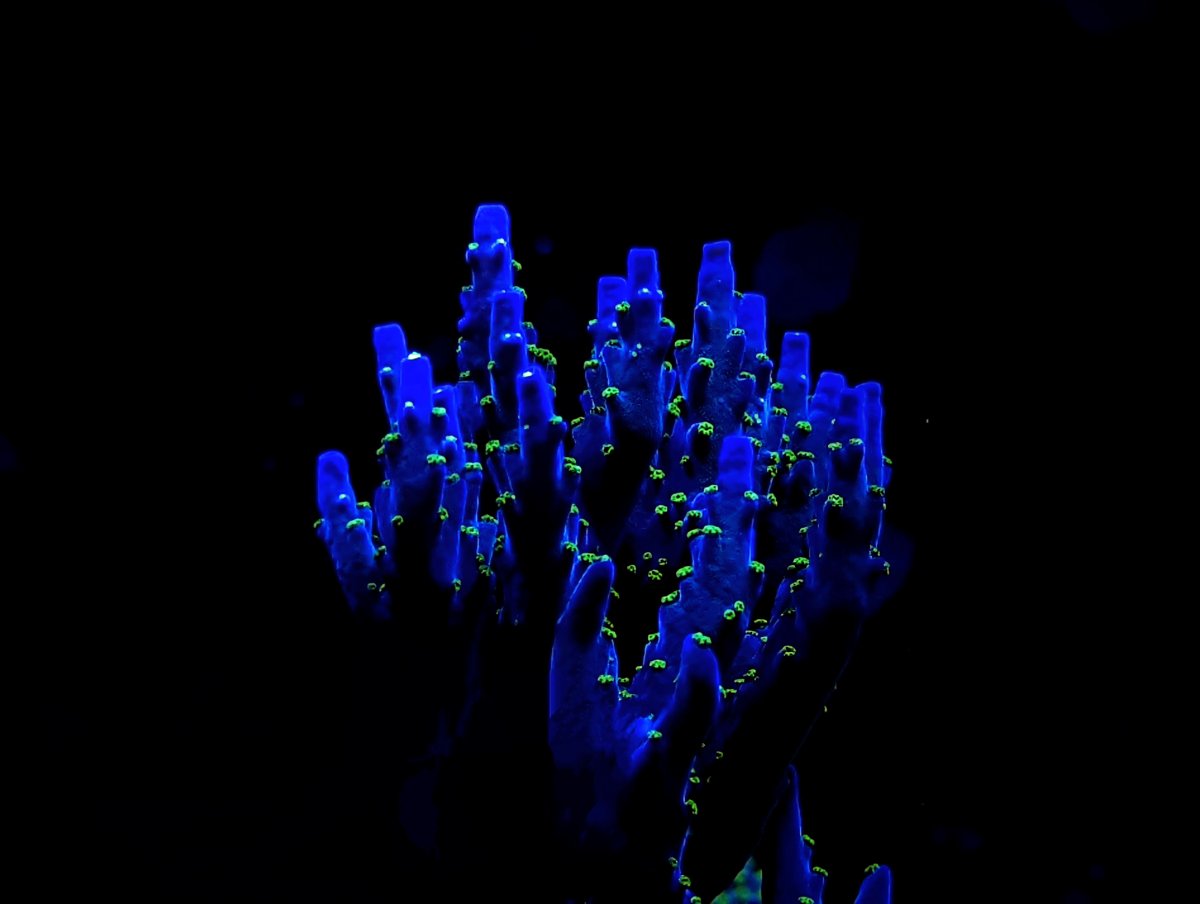 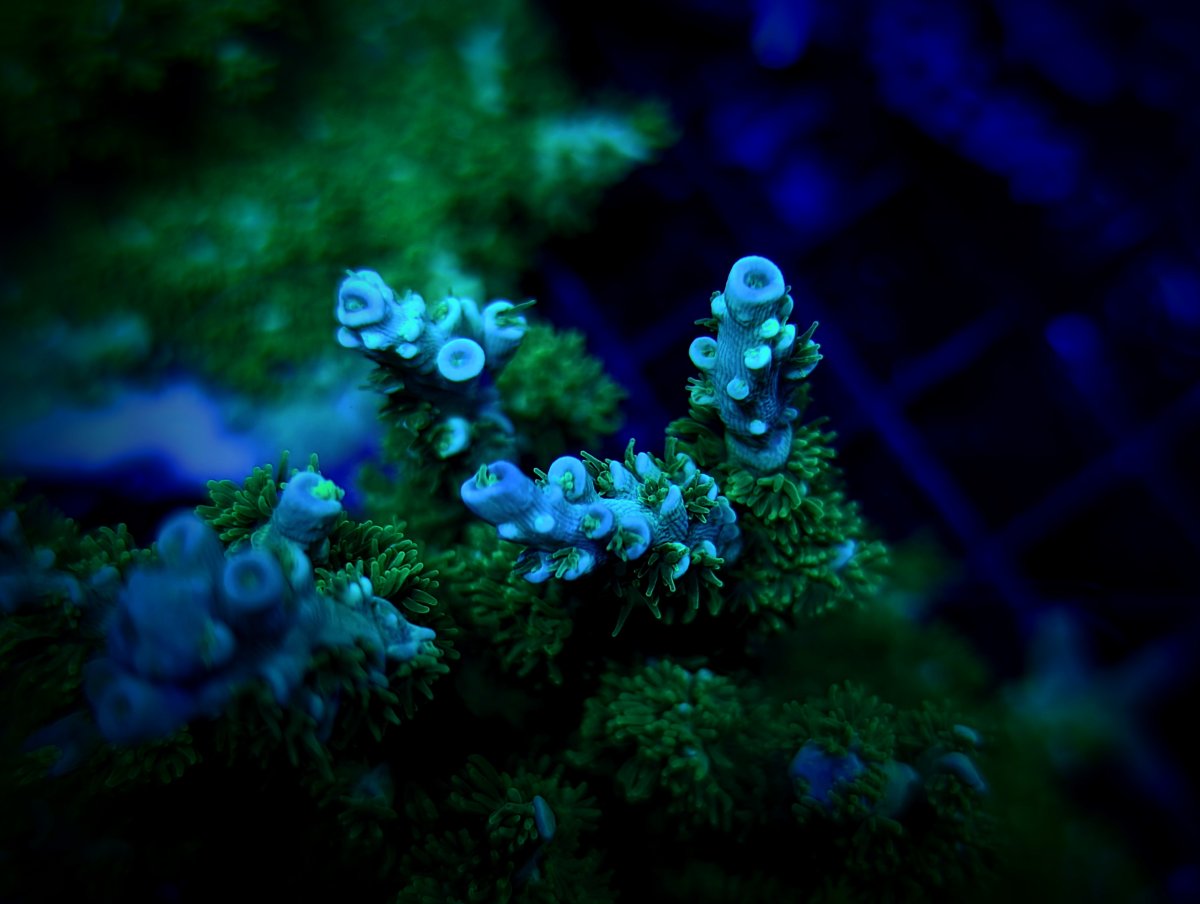 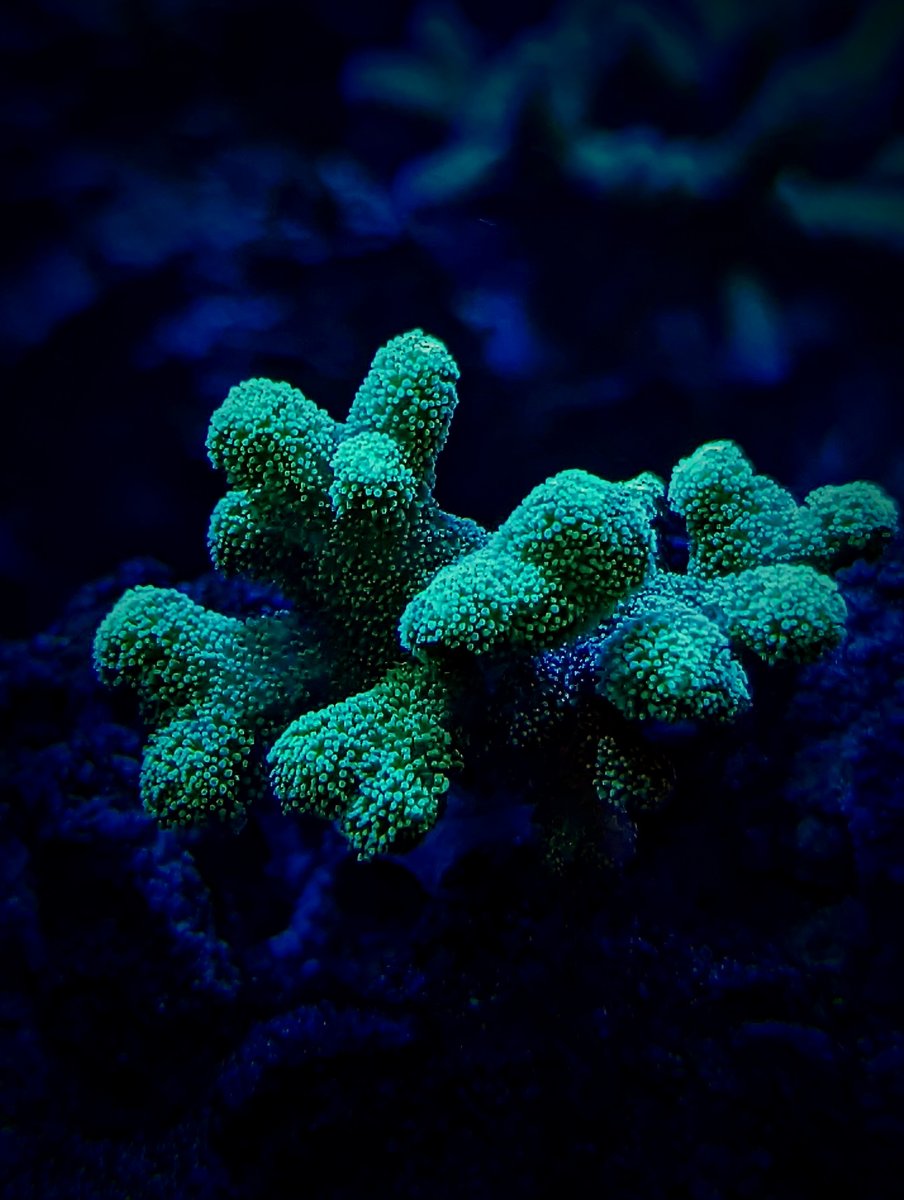 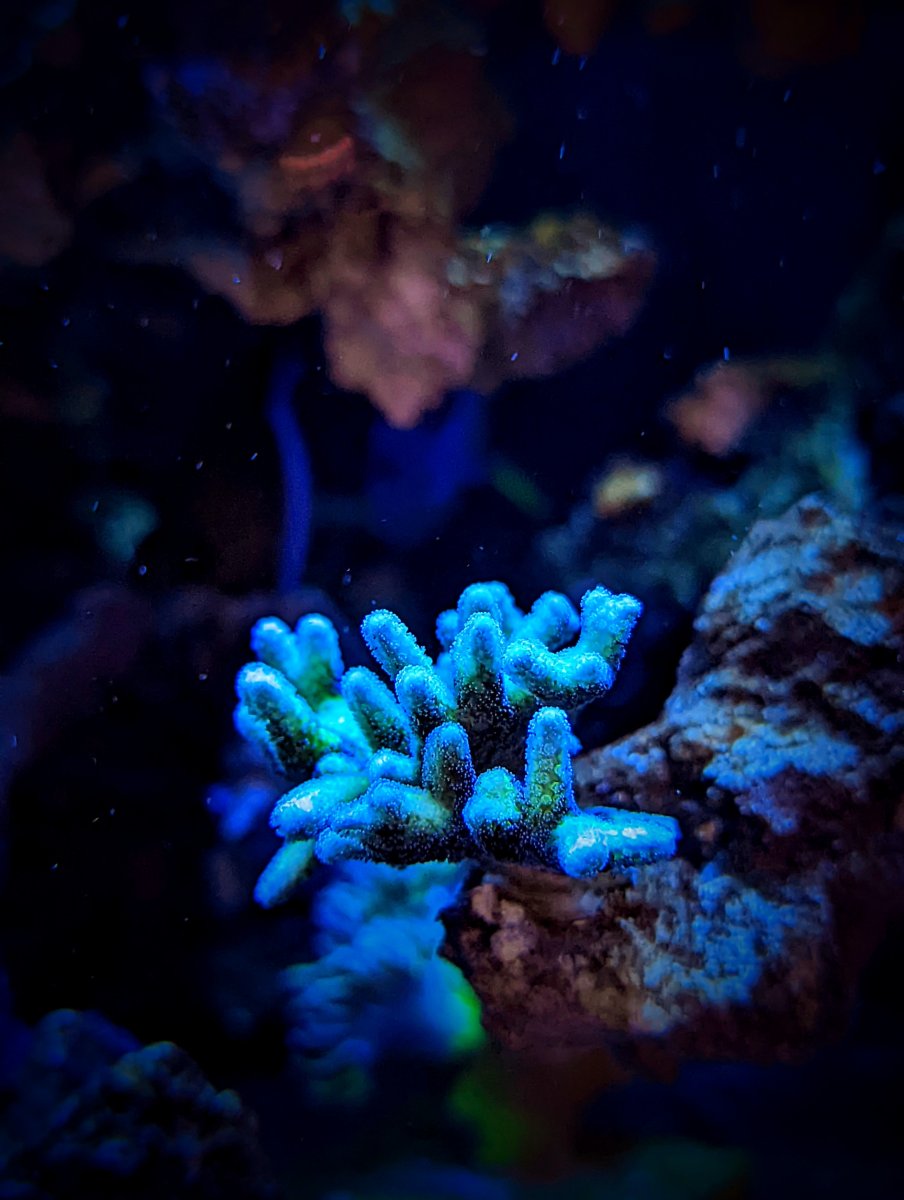 design.maddie said:
It was sold to me by Salty Underground as Green Shaggy Leptoseris. The general consensus from people I have shown is that it is actually a Pavona. I'm not enough of an expert to say one way or the other.
Click to expand...

If it makes you feel better, taxonomically, it's likely they are going to be put into the same genus one day

QUESTION OF THE DAY What's the NUMBER ONE coral that you're very excited about right now?
3 4 5 6 7

What Are the HOT Corals on the Market Right Now?
2

QUESTION OF THE DAY What are the coolest "species specific tanks" and do you want to set one up?
2 3 4