What is this in my live rock?

I got some new live rock about 3 weeks ago and I've been watching it for critters and such. I think ive identified a clam worm (its almost 3 inches long and is iridescent) I'll attach a photo or two of him as well for verification.

My concern however, is another worm...or I think thats what it is. I've attached some photos but I apologize it they aren't the greatest.
Does anyone know what it is? I need help with some identification on it. It is smooth with no hairs, bristles or bumps. Its about 3 or 4 inches long when streched out. It grabs/bites/mabey sucks? at the rock and looks like its swallowing sand and stuff(I'm hoping not critters). It's bottom half looks lighter, kinda reminds me of an earth worm. I thought it might be a snail or clam at first but it moves around almost like a snake. Any help would be lovely! 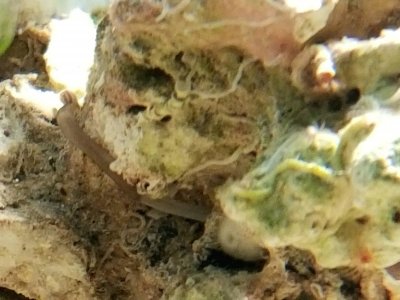 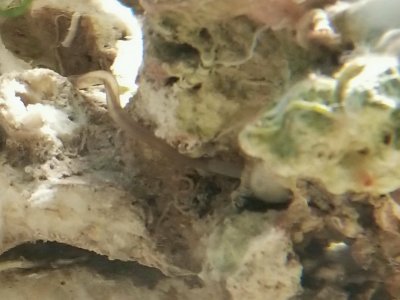 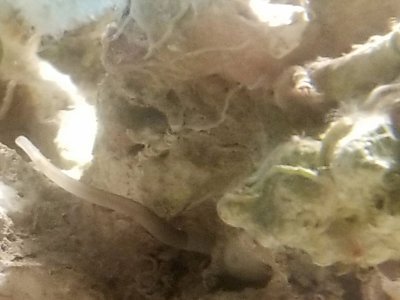 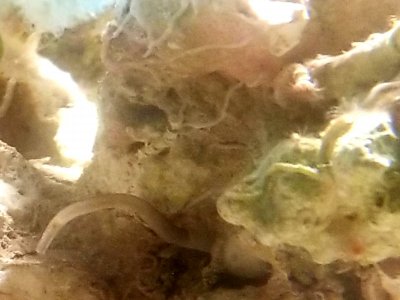 What Kind of Worm is This?

Is this a spaghetti worm?