How to get a yellow tand and purple tang to coexist. See video. Doesn’t let me download the video. Here are some pictures. 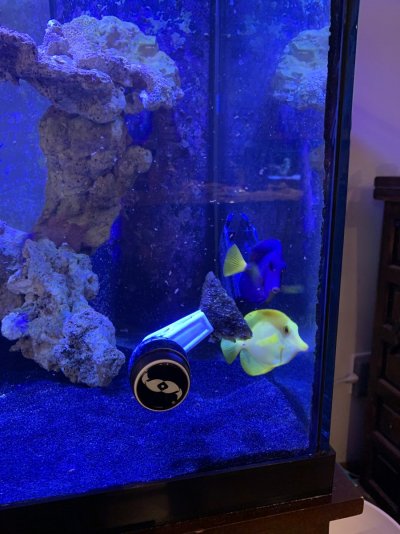 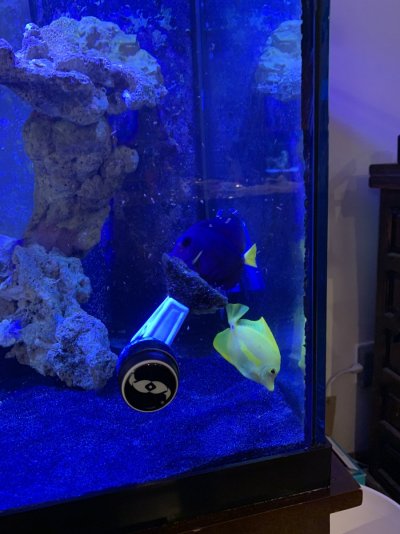 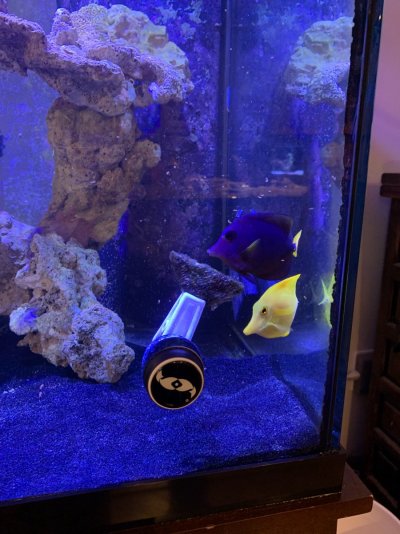 Nazarite01 said:
How to get a yellow tand and purple tang to coexist. See video
Click to expand...

no video but congrats

Octo Aquatics The Shu acclimation box has helped me get new fish into my tangs tank without deaths... My tangs and angel are nicknamed Death Dealers

Octo Aquatics The Shu acclimation box has helped me get new fish into my tangs tank without deaths... My tangs and angel are nicknamed Death Dealers
Click to expand...

Have any of your tangs killed other tangs?
OP

piranhaman00 said:
Have any of your tangs killed other tangs?
Click to expand...

If introduced at same time, usually will work. After I would think u would need a big tank. I tried a yellow with an established purple in a 220 year back and the purple shredded him

I had a gem tang and wanted to introduce a purple. At the time, my gem was in the tank for about a year. I removed gem and put him in a acclimation tank and purple in the main for a couple of weeks. Once I reintroduced gem, there was some aggression (from gem) at first but it subsided after a couple of weeks. Living peacefully now......been 3 months.

piranhaman00 said:
Have any of your tangs killed other tangs?
Click to expand...

tangs went in at same time, so its been various butterfly fish they've killed. My tangs and angel have allowed dartfish and neon blue gobie introductions to DT

I did have to take yellow tang out due to adverse reaction during winter 2020 display tank treatment. After a few weeks 'vacation' in QT, moved sailfin to sump for couple weeks, used (new then) The Shu acclimation box to reintroduce yellow to angel. Then after a few weeks in sump but while yellow was still new in DT, reintroduced sailfin. Was a little shaky, but everyone survived and eventually settled & went back to their old ways.

I have a hippo blue being introduced right now, but he's size of quarter - barely getting any looks from anyone. Using my original HOS in tank CPR acclimation box because my pumps seem to be tiring the little guy out. First night found him splashed against overflow gates The slits in the CPR box are much larger (still small) relative to The Shu box, so IF the tiny hippo blue tang wanted to leave CPR box, it can. However, we put two small rocks in there and are feeding it coral ROE (fish eggs, smaller than San Francisco Bay brand fish eggs). If it doesn't leave box on its own OR once it fattens and grows and can't leave box on its own, we'll re-release back in main tank - hoping that the HOS CPR will still let it roam all areas of tank like originally introduces. The Shu has magnets, so I can move up down, right, middle, left in all territories of tank so Death Dealers let new fish visit all territories of tank. I *may* move it from CPR box to Shu box (and then all around for couple days) just out of fear...

Hey Tang police, come and get me!
2