A good photo day for my anemones...

Had to drop by the house over lunch and the anemones were looking good. 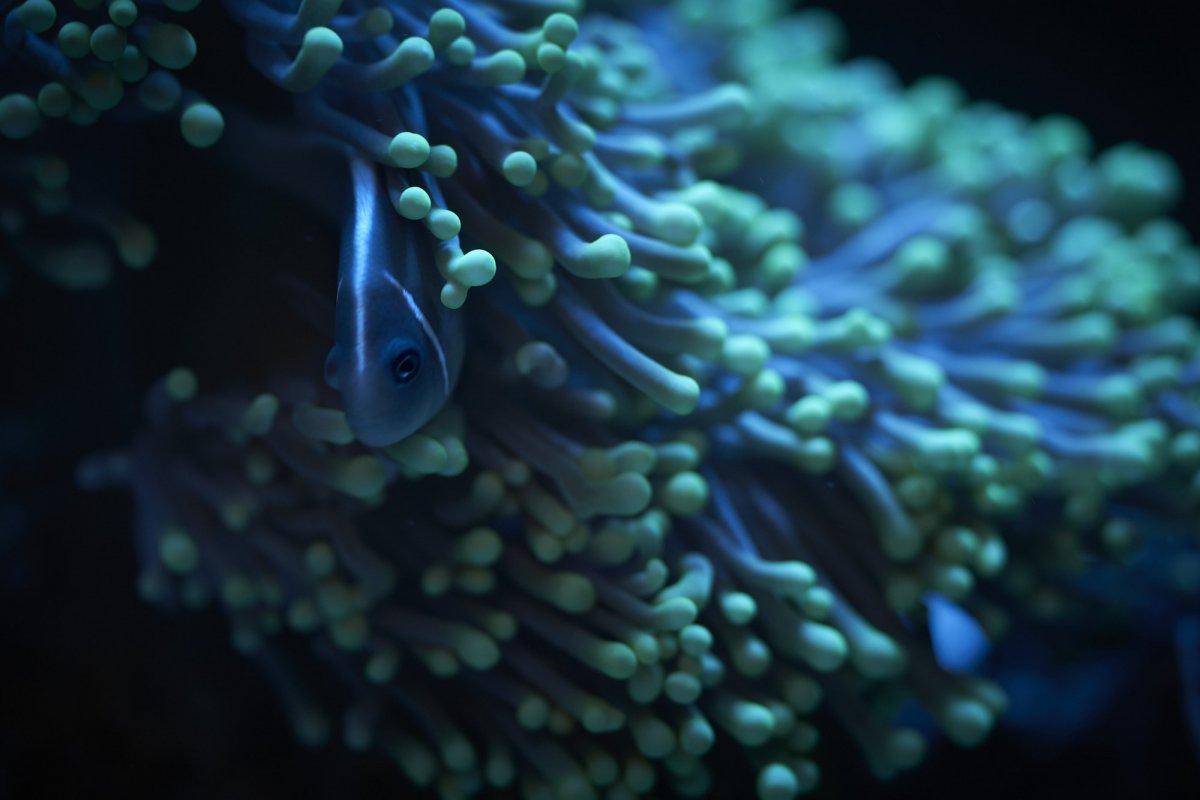 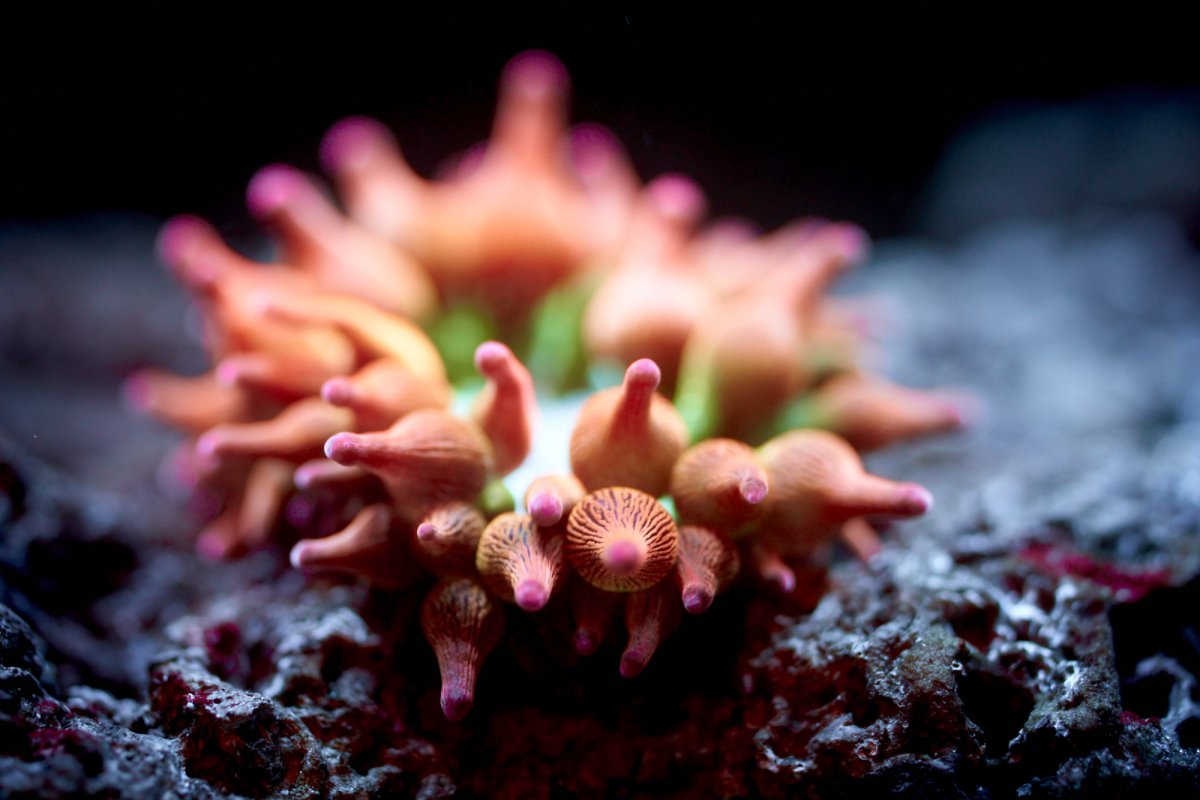 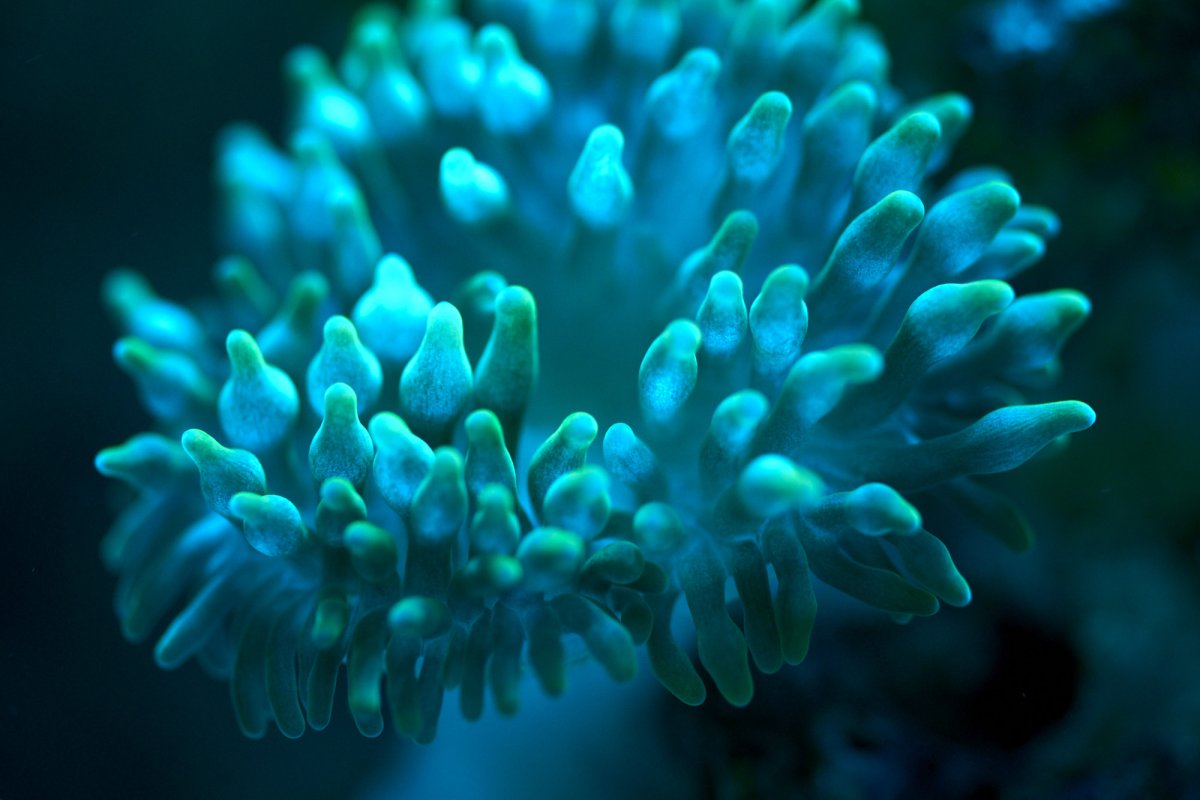 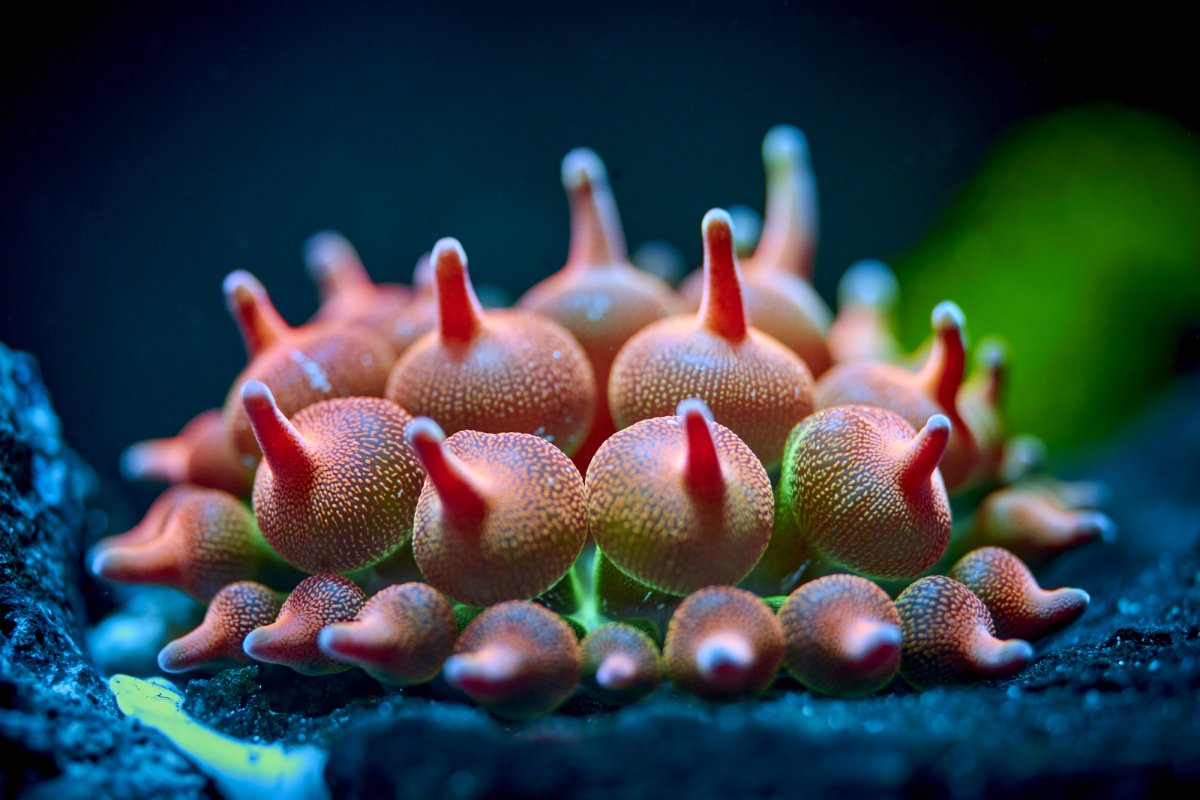 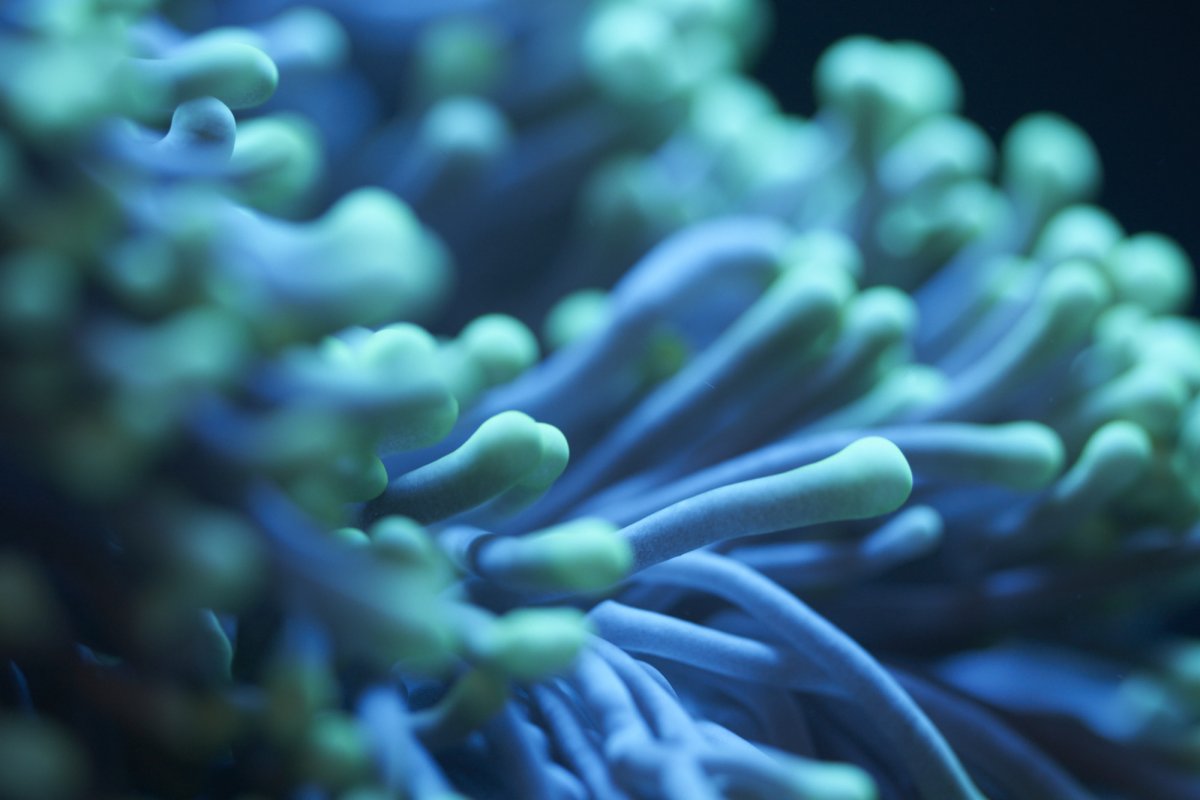 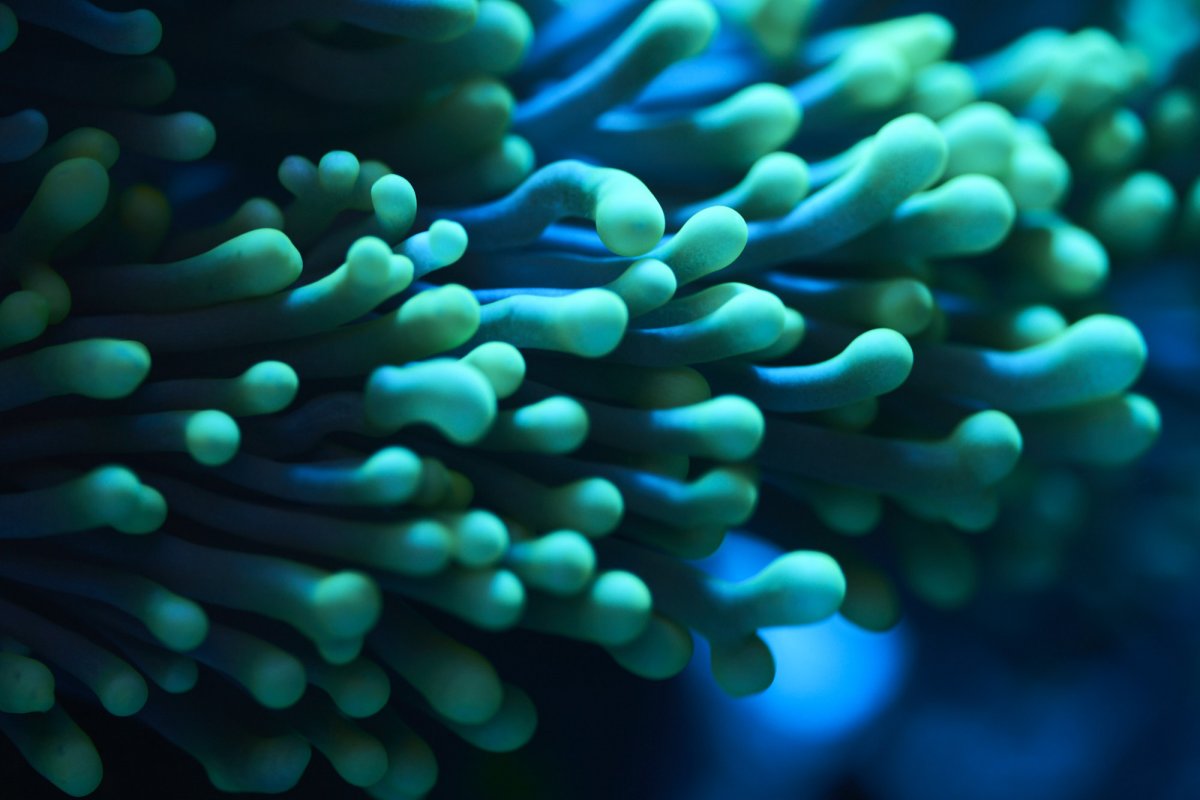 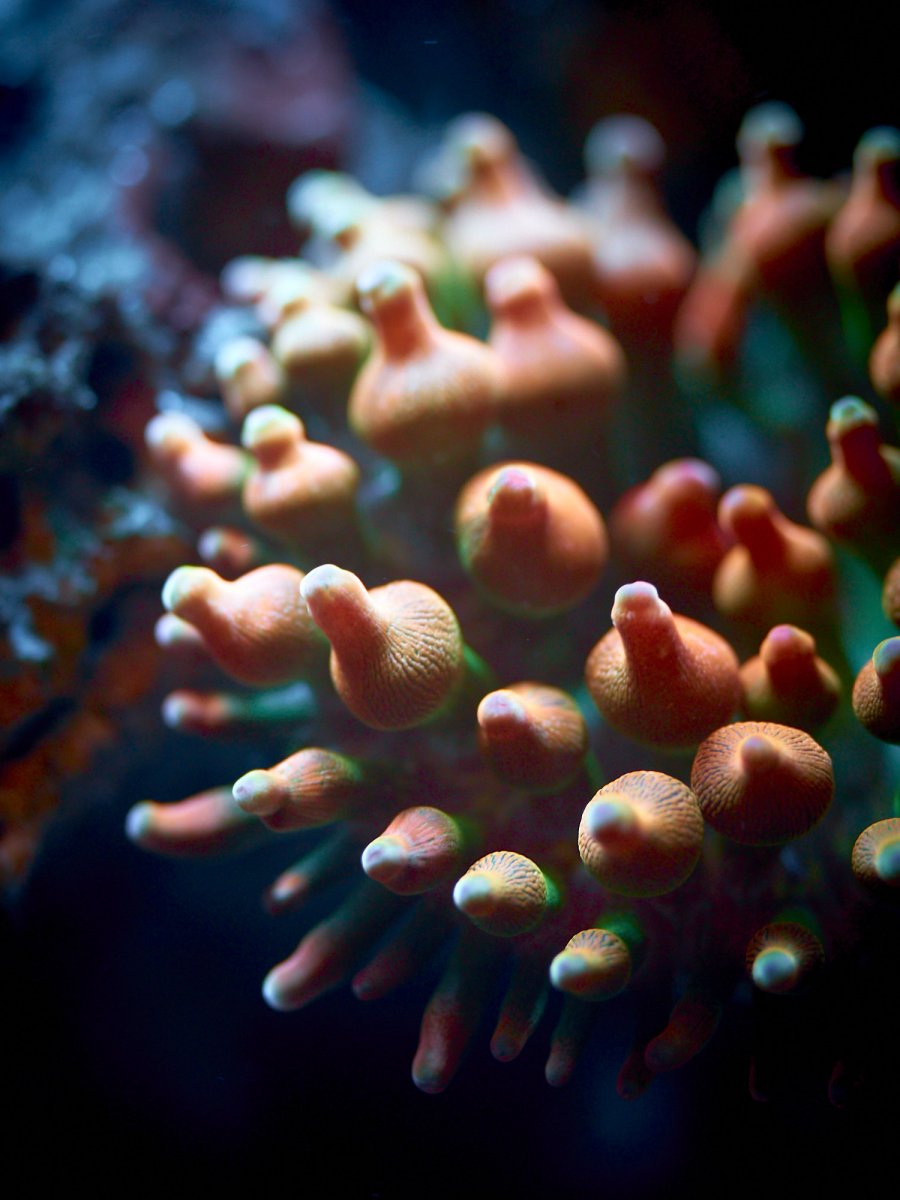 Beautiful shots!!!
Ever try stacking pics to get a complete front to back in focus shot?
OP

Yup, i've done a lot of macro focus stacking, especially by hand rather than by focus rail. However, it's practically impossible with something thats in as constant motion as an anemone.
Typically I use full frame Sony camera gear and the slice of the photos that's in focus is often 1/16th to 1/8th of an inch. I've developed some of my own techniques doing them handheld for ease and speed of shooting.
None of which however really work at all for something like a constantly flowing Anemone or moving fish.

Currently I'm working on adapting some techniques for using Flash/Strobes to photograph corals along with large diffusers. 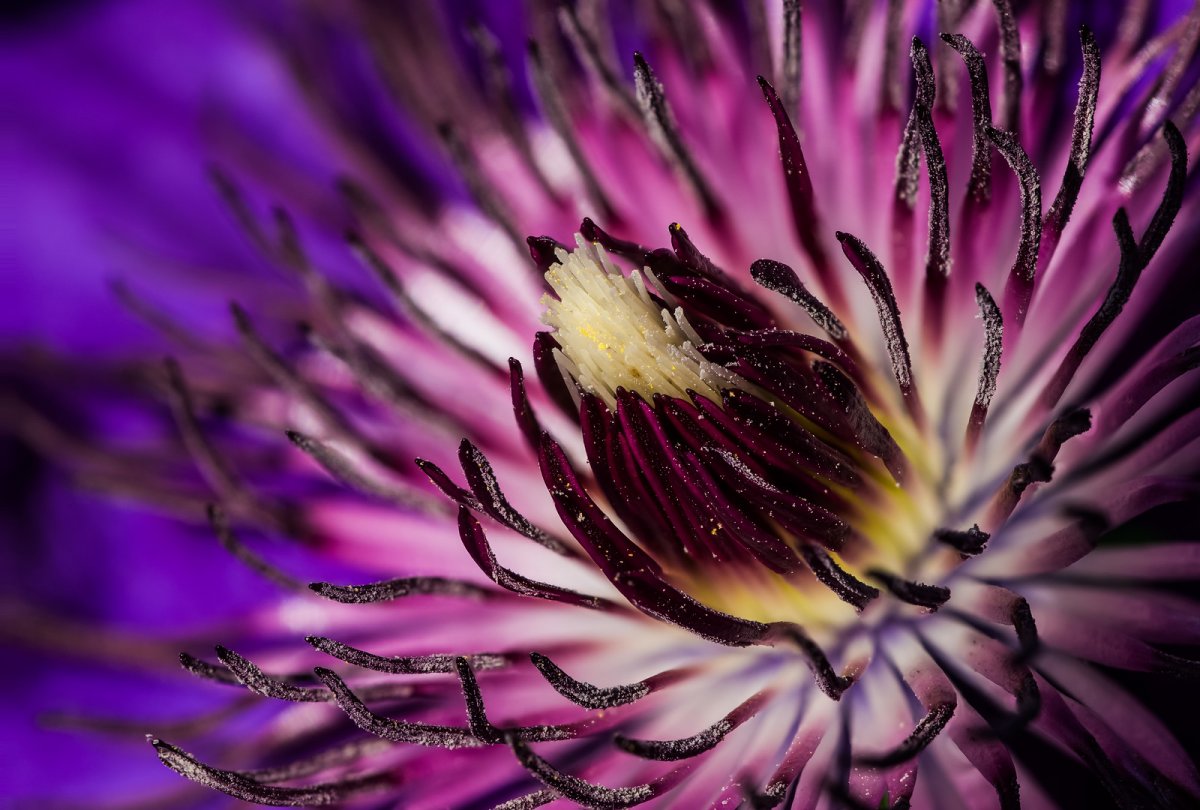 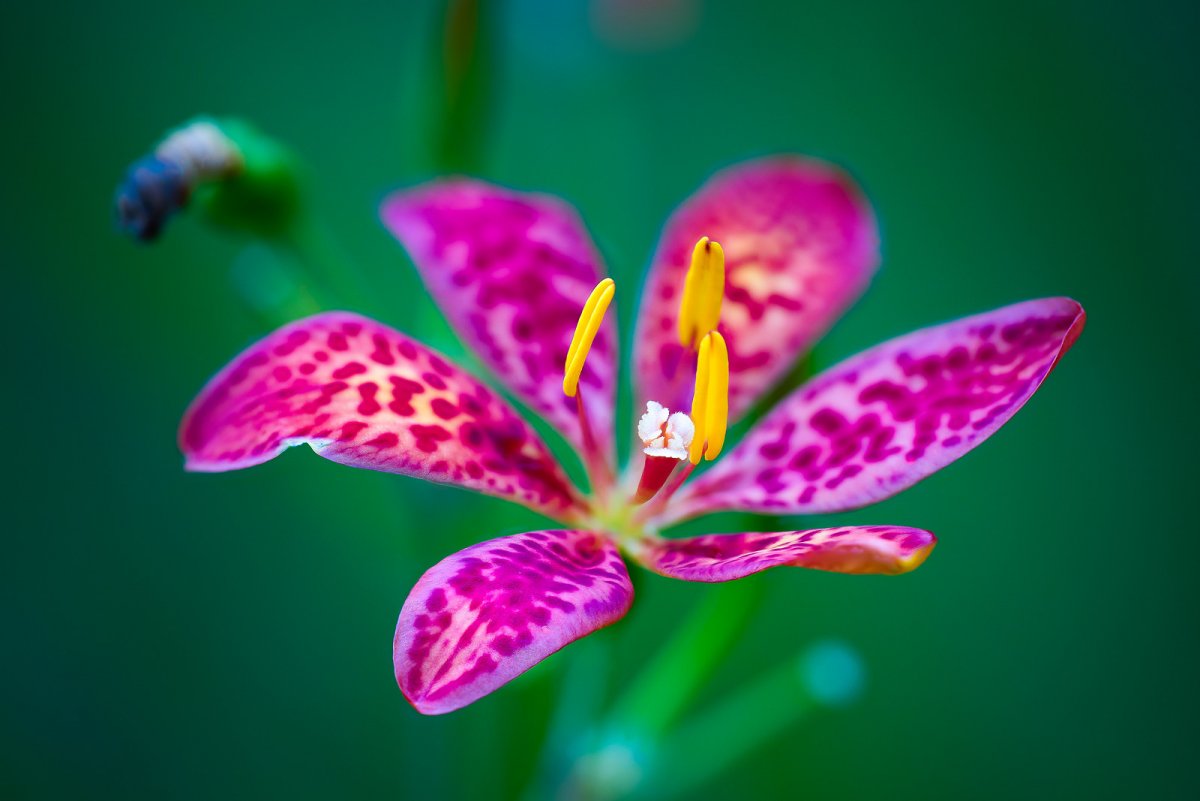 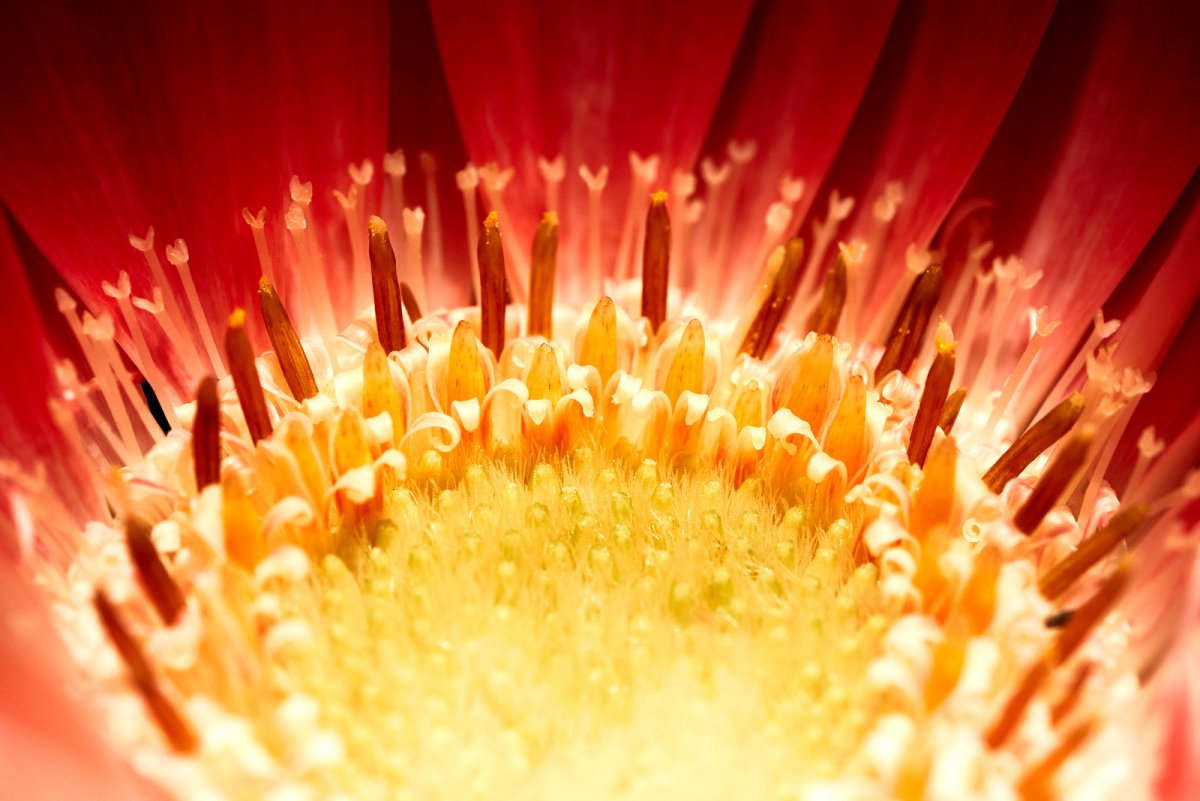 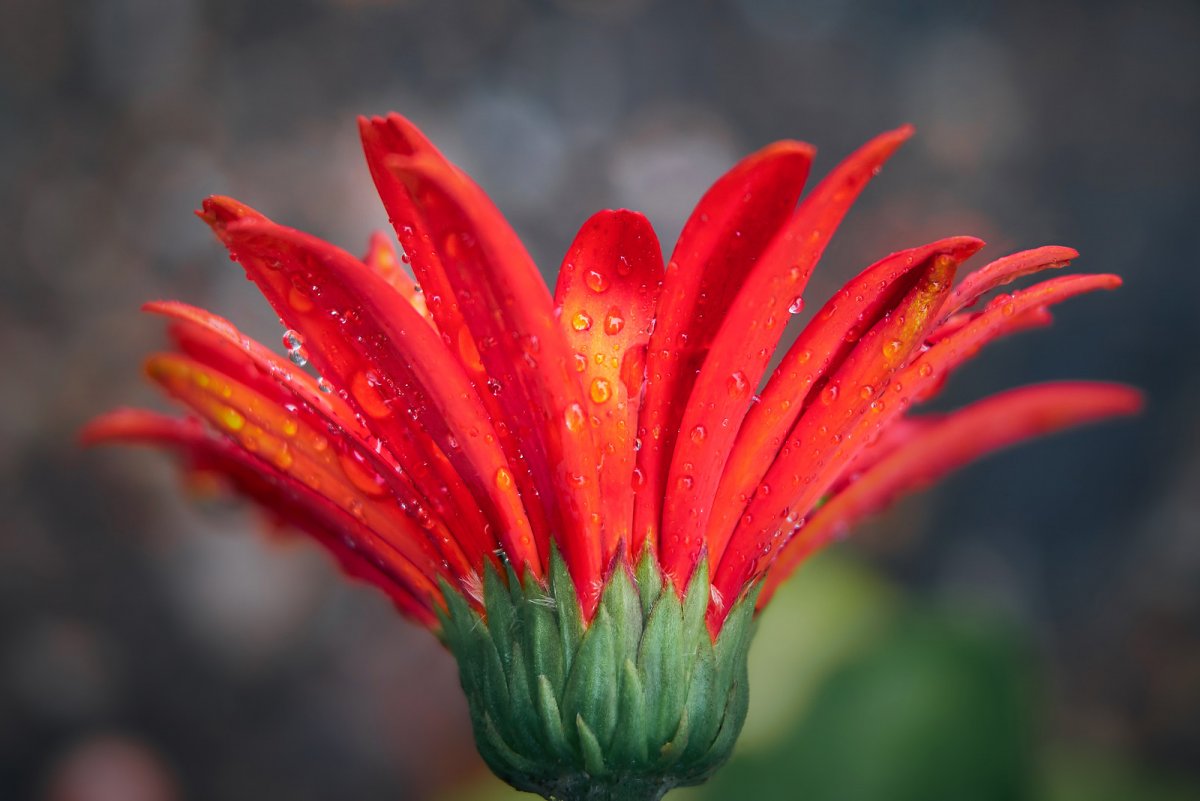 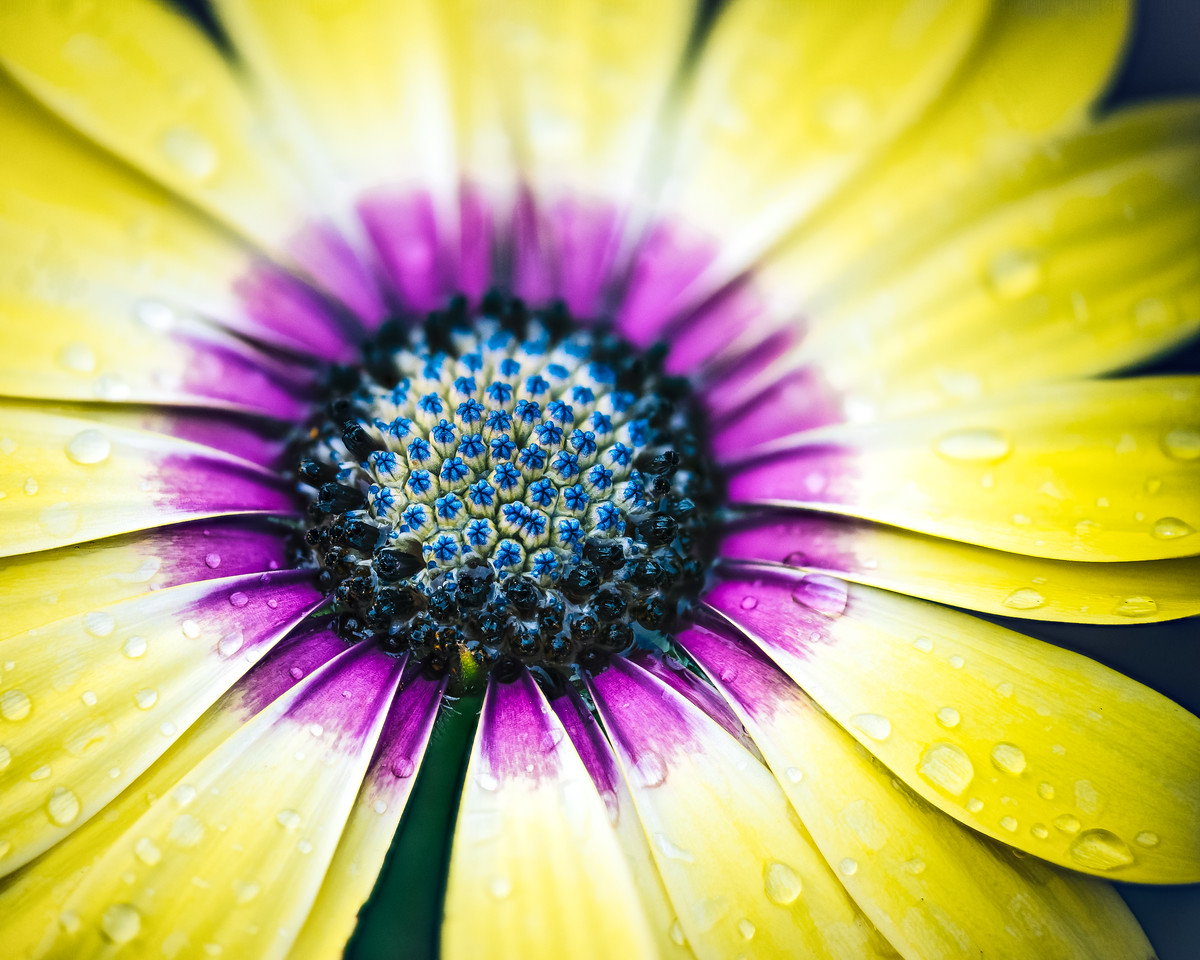 Simply stunning!!! You should post a thread with stacking as your focus, I'm sure it be invaluable to folks here!!!
Again awesome work!!!
OP

I could easily do something specifically for static corals. The problem is that "usually" there's usually someone else who thinks there's only specific ways to do something and it ends up in a technique arguement. Like with reefing... there's tons of ways to accomplish something and the end result is the goal. I'm an end result guy rather than a "you have to do it XYZ way" which many things in photography tend to end up as.

If interested... http://501concepts.com is my side hustle website. I'm a 25+ year career graphic designer, photographer and videographer. That's secondary to my corporate graphic designer career doing artwork for the movie/entertainment industry. I'm very much a jack of many trades and an accumulation of creative experience.

Who can argue your technique when you have results that are breadth taking.


Here's a brief walkthrough of a shot like the flowers above happen. The flower shots vary from 20-30 individual stacked frames up to 40-50 or more depending on the shot. In order to keep a dreamy background I purposely use a larger f-stop of 2.8 to f4. Undecided what's going to be best for coral shots yet. The diffraction shooting through the glass of the aquarium is irritating for me knowing what kind of sharpness and clarity I normally get, yet won't get shooting through thick glass and water.

I start out by color correction and some initial sharpening in Phase One CaptureOne software for Raw Editing.

Then I'll import a set of individual frames for each shot into your stacking app of preference (Helicon Focus, Zerene Stacker, or Photoshop) where they'll be matched up and stacked. 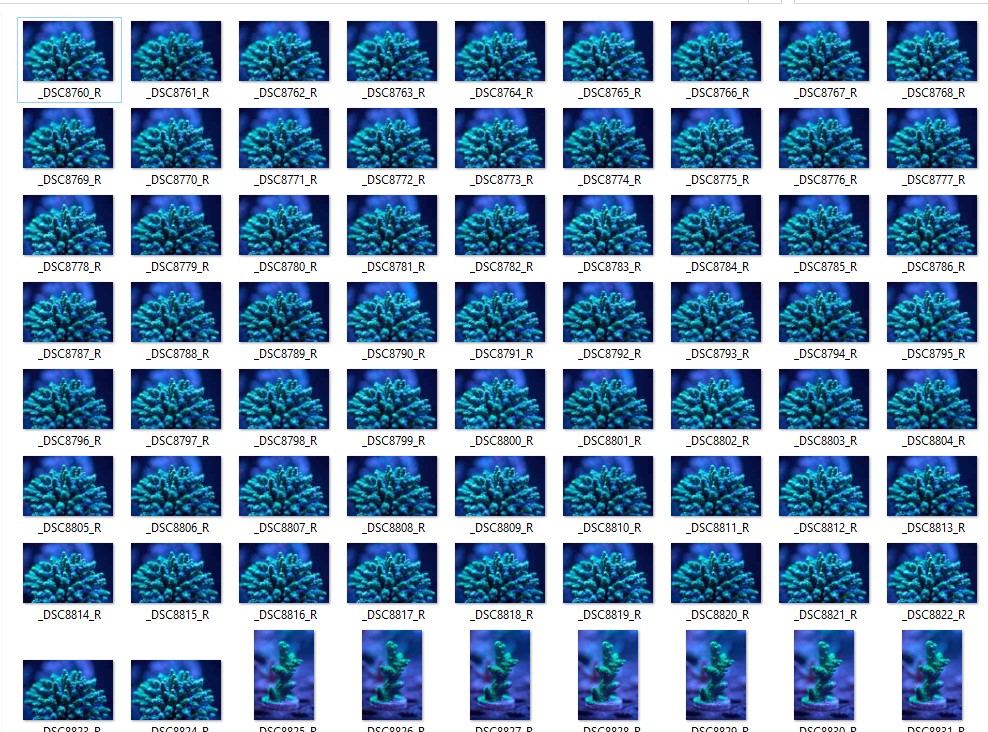 These stacked test photos will be created from stacks of around 50 shots each, as that's how many 61 megapixel frames I can fire off rapid fire before the buffer fills up on my Sony A7rIV. The stacking process takes waaaay longer with my current 61 megapixel shots over the 24 megapixel shots of my previous Sony A7iii bodies.

Then I'll usually go through each frame that's been matched up in the stack and tweak what is appearing or not appearing as the programs never "know best". This part of the process takes the longest and ranges often from 20 mins to 2 hours depending on the complexity of the shot.

Once everythings how I want it in the stacking app I'll save the file out as a 100% quality JPEG and then take it back to Capture One or Photoshop for some more color corrections, cleanup and final sharpening.

THat's the meat of it in a quick nutshell. Once I figure out what works best for corals I'll probably make a thread on it.


Here's a screenshot of the first test stack that's in progress.
On the image on the left is the current frame it's working on, and the right is the current state of the stack, without any cleanup or fixing of all the halo's and such that will bother me. No software does it "right" with images as complicated as these. Doing it right takes time and detail work after the initial stacking happens. 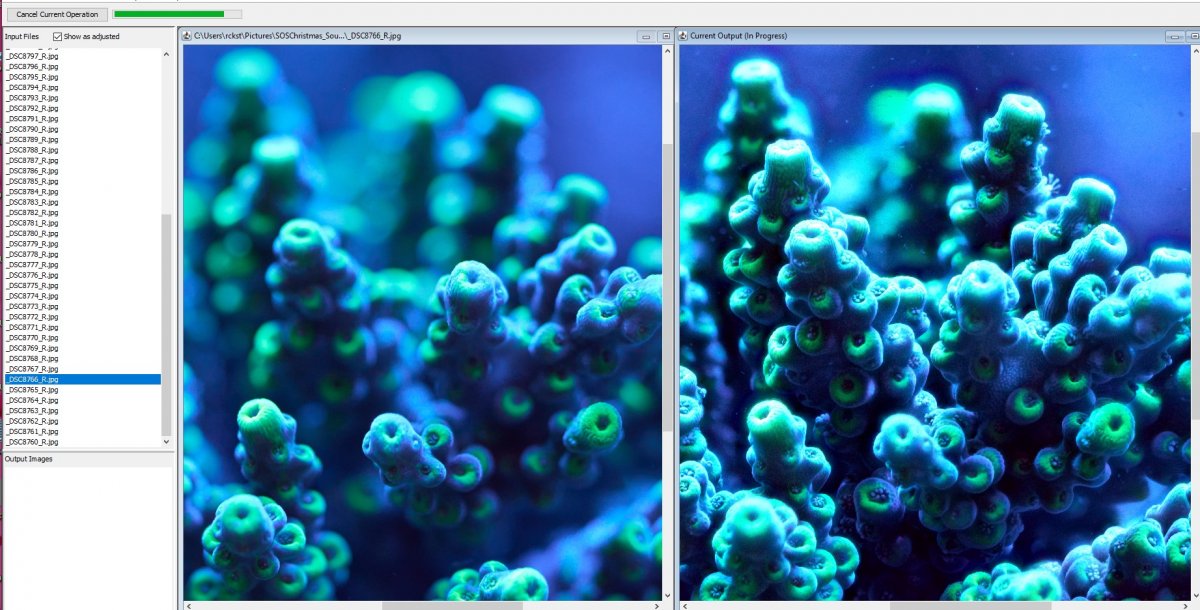 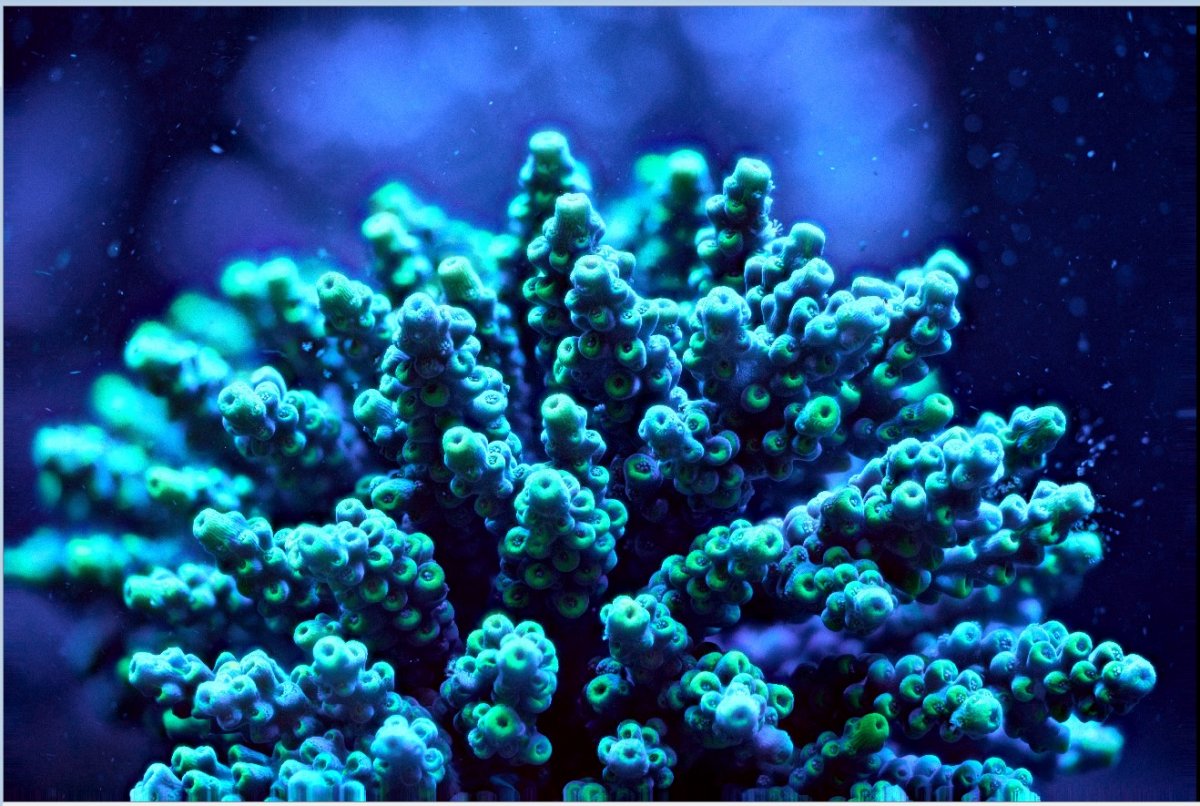 And here's an example of the small sliver of sharp detail in each of the 50 frames. I'ts dreamier and often cooler (questionable) than the stacked version. Note that basically the polyp or two on the end of a branch is what may be in focus. 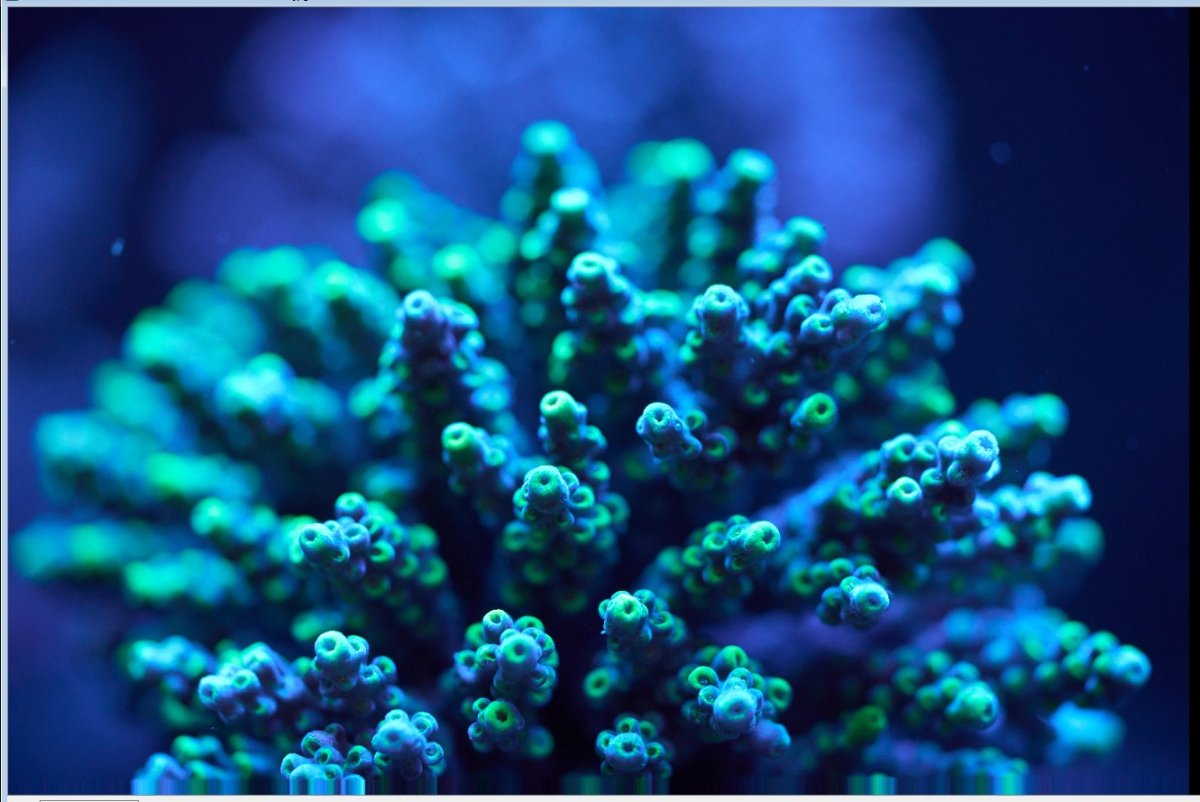 And here's some form of a final'ish stacked macro. I wish the Acro had more polyp extension, but the colony was just delivered on Tuesday and it hasn't come completely to life yet.
The file on my end is about 30" wide at 300dpi which would yield a fantastic looking print. 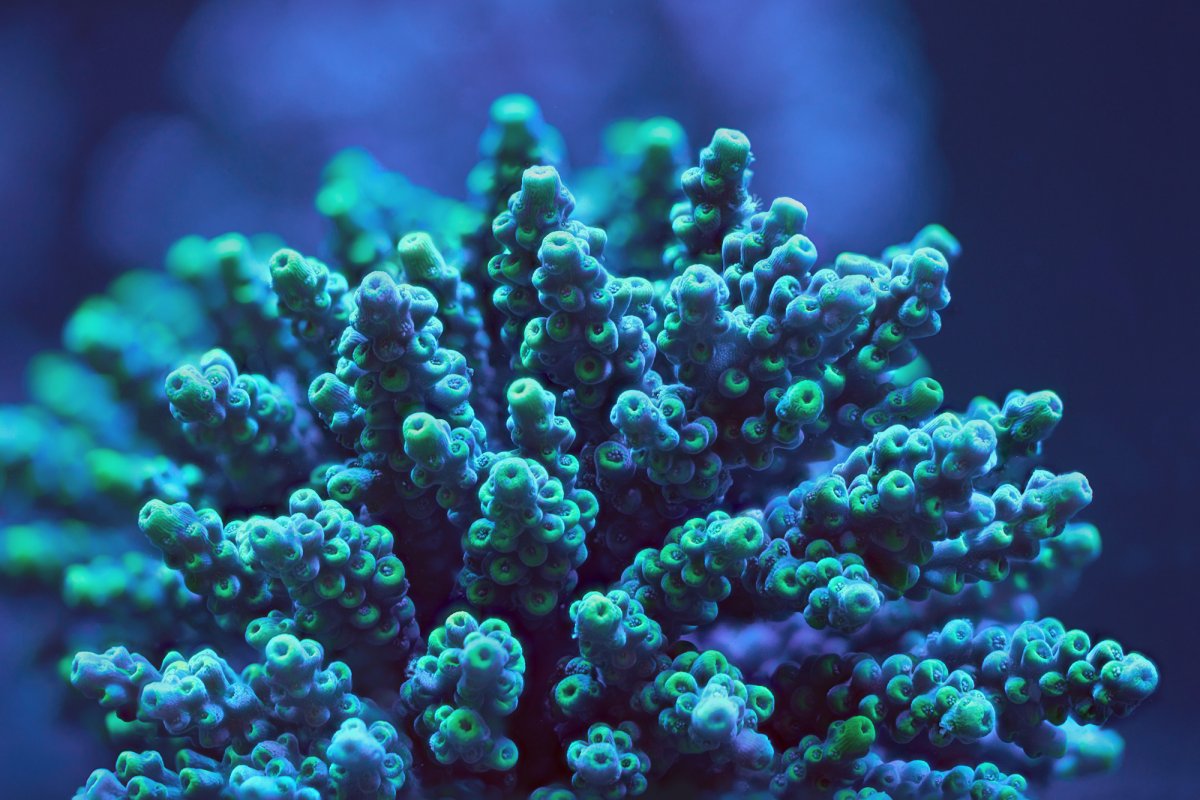