As most of us know we have seen a lot of these little, cute starfish in our tanks. We wonder if they are a good thing or bad thing in our self contained aquatic biospheres. Some say they are good, some say they are a nuisance and try to eradicate them using Harlequin Shrimp, tweezers, or any other way they can get them out of the tank. 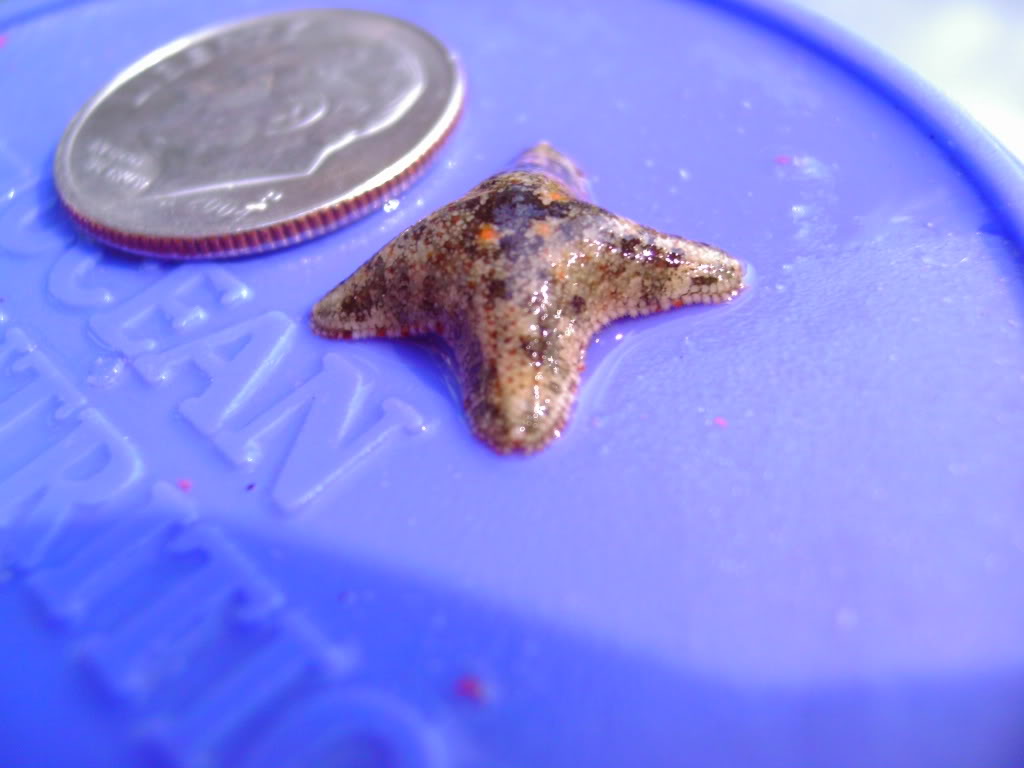 Photo courtesy of member Salty D​
"They feed on microscopically small invertebrates, carrion, detritus, microalgae and possibly bacterial films. Their enormous advantage lies in their small size - they only need small amounts of food to survive."[1]

The school is out on whether or not Asterina are good or bad. What is known is that they do eat algae. Hobbyists have found them, doing what they believe is eating corals, but are they? When I had my 125 set up, I did see one leaving a white trail as he moved across one of my monti caps. I immediately went out and got a Harley to take care of them.

" This starfish is capable of destroying large colonies of Acropora. If you notice that your Acropora colonies start to turn bright white at the base in a sharp edged pattern you may have an infestation of the starfish. It is important that you remove the coral and search under the base for these starfish. This damage looks different from bleaching because the damage is very localized and it increases each day. This damage can cause bacteria to infect the damaged areas and this can cause the lose of the entire head. Many of the starfish varieties prefer Stylophora and Pocillopora. It is important to watch for white patches at the base of these corals."[2]

What is believed is that if Asterina go after corals it is because the amount of algae in the tank is not enough to sustain them so they move on to the corals as a food source. Those that see them on zoas â€œeating themâ€ it is usually a zoa that is unhealthy and the Asterina is â€œcullingâ€ the colony. I, myself have seen Asterina in the middle of a Zoa colony with no ill effects to the colony, or that particular Zoa.

"One, or perhaps more, species of small sea stars in the family Asterina is the only sea star that can be said to thrive in some reef aquaria at the present time. The species is indeterminate; its geographical origin is uncertain, and there are numerous similar described species. These are small brown, tan or grey animals, generally not more than about half an inch (13 mm) in diameter. Flattened from top to bottom, their three to seven rays and central disk merge into one another. They reproduce asexually by fission and if there is sufficient food almost all the stars in a population will be regenerating rays or other body parts. They are substrate feeders and move around with their stomachs extruded over the substrate digesting who knows what. It is a pity that these animals are so drab. In some systems, they are quite prolific and even if they don't thrive, they appear to be able to survive in most others. Occasionally, some populations of these asterina have been reported by aquarists to eat either soft corals or stony corals. These coral-eating forms, perhaps different species, seem to be quite uncommon, constituting less than five percent of the various populations."[3] 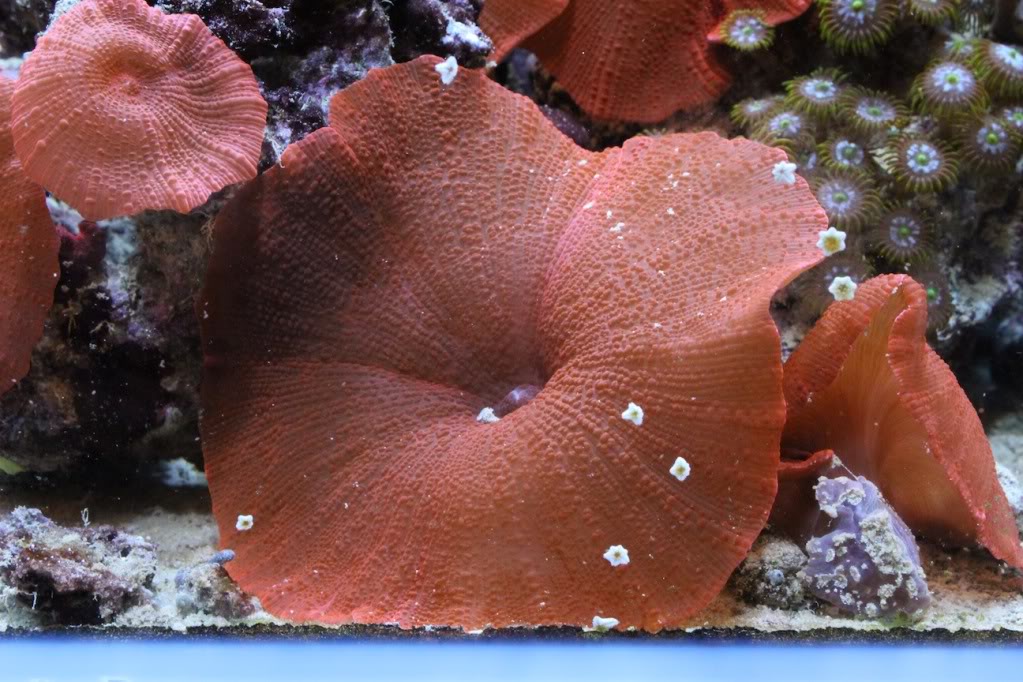 Photo courtesy of AquaNerd​
With this being presented, my suggestion is to remove any of the starfish IF you see them presenting as a problem to your corals. Should populations get out of control, Harlequin Shrimp will cut down on the populations, however, the shrimp will only eat the feed of starfish and thus run out of food, unless fed or removed to another source of its food supply.

"With progress in natural marine aquarium keeping, increasing numbers of so-called "starfish" successfully reproduce. Applications like deep sand beds and refugium habitats seem to support such success. Some species may become a nuisance by their sheer numbers and prolific nature like Asterina, while others are clearly harmless or helpful by stirring detritus or consuming algae, for example."[4]

I have had these stars in my 20gal reef (LPS hammers, polys, xina and plate coral) for several years never seen them on any coral. I have transferred them to my 135 gal FOWL and now in that tank have more than I can count. I actual thinking of adding a Harlequin just because I enjoy the fact something can survive on its own without me feeding it, much like the Asterinea.

L
Asterina starfish getting out of hand: how many bumble bee/harlequin shrimp can I have? Are they okay with other shrimp?