I started keeping reef tanks in 2000 but it's been several years since I pulled the last one down. I walked into an LFS down the road from my place recently thinking they probably primarily just sold guppies and goldfish. To my surprise they were a marine only store with an amazing collection of corals, particularly acros. I went home and started pulling down my cichlid tank (I could never really get excited about them so it wasn't a hard sell) and started working on a reef conversion. My tank is a 48x18x18" tank with sump, including ATO reservoir so largely ready for a reef tank. I've added some Caribsea life rock and a couple of pieces of fresh WA live rock to get some life into the tank. 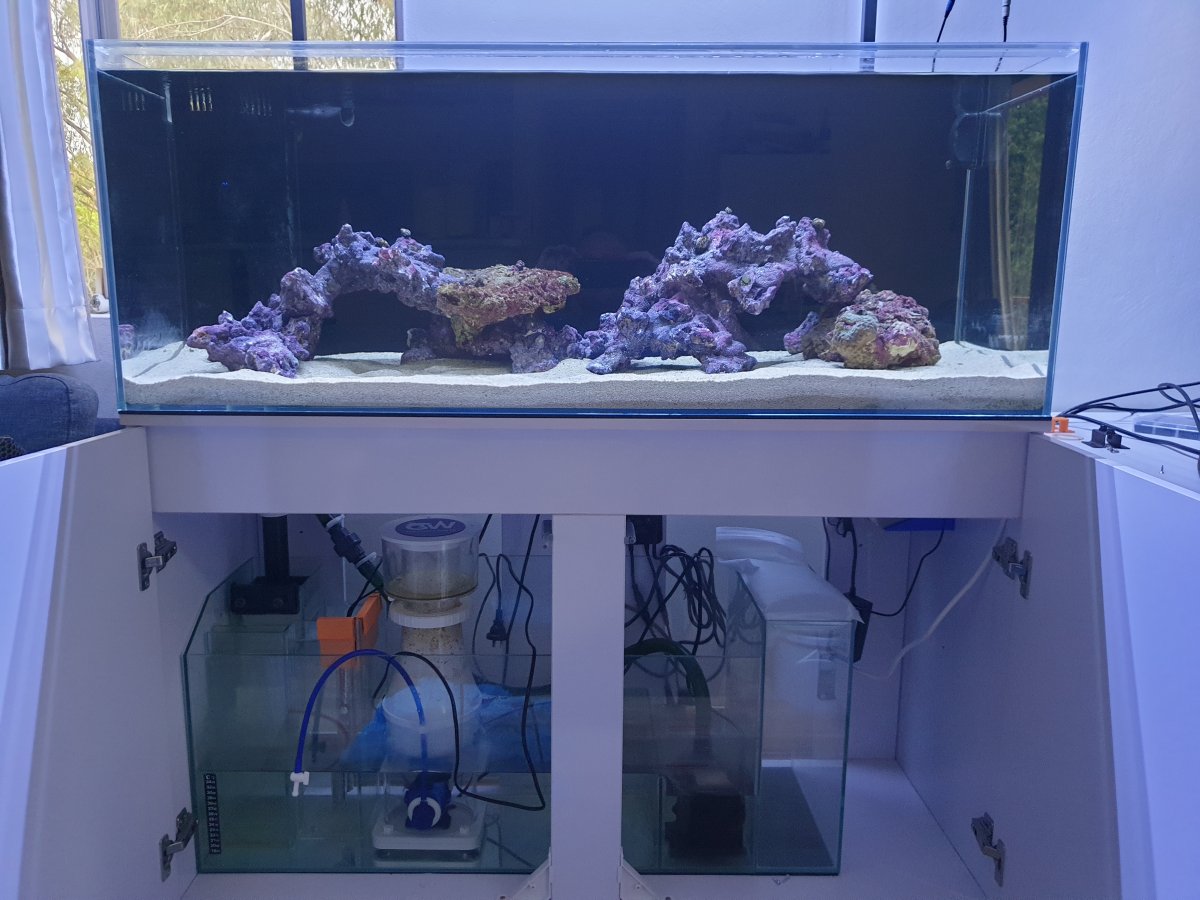 Welcome to R2R!
Congrats on the tank and build thread!

How are you liking that skimmer?

They always come back!
OP

dank reefer said:
Welcome to R2R!
Congrats on the tank and build thread!

How are you liking that skimmer?
Click to expand...

Thanks. Looking forward to taking on the adventure again.

I'm liking to skimmer so far but I have such a low nutrient level in the tank that the skimmer has stopped foaming, though there are plenty of fine bubbles.

I've added 2 yellow assessors, a purple firefish, sixline wrasse and a redspot blenny.
For equipment, the Nero 5s are in, I've got a couple of 2.2L glass jars for dosing and the ATO will be up and running tomorrow.
I'll possibly start a build thread for the LED unit but I've got most of the parts on order.
OP

So the tank has been running a few months now. The tank seemed sterile for a while with absolutely no algae or cyano growing. I finished building the LED unit maybe a month ago and it was like the release of kinetic energy and the algae took off. No cyano, dinos or diatoms but a brown algae that you could watch the growth each day. I managed to get it all under control within about 2 weeks and the tank is looking great. There's visible growth in a number of the frags and I'm really happy with the progress. 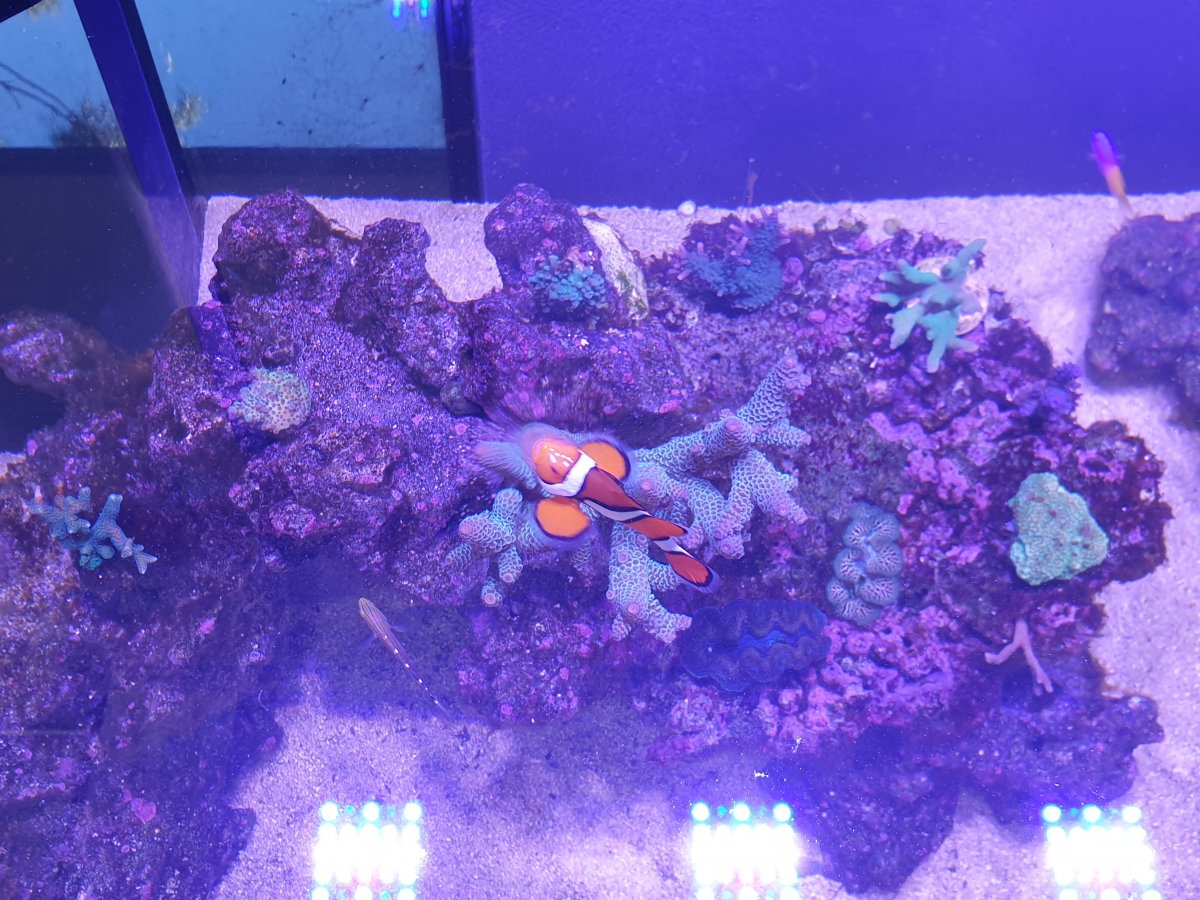 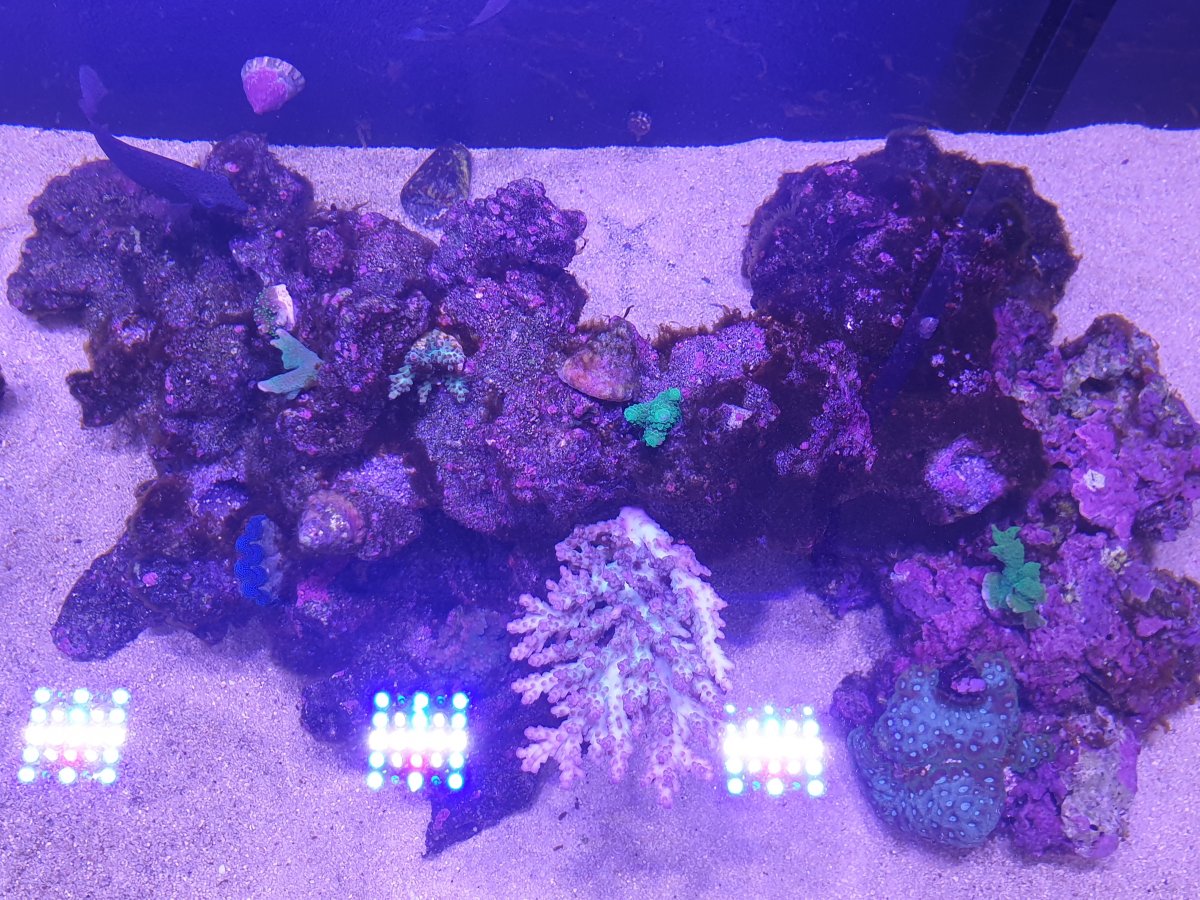 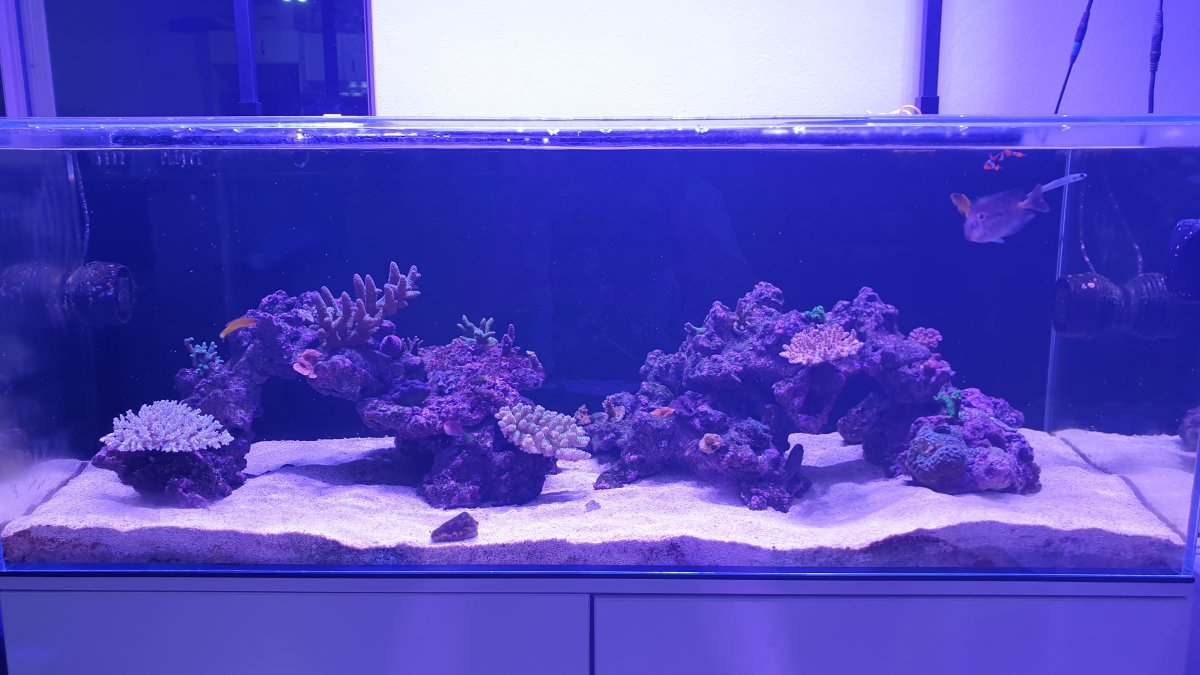 I thought I'd post separate photos of the hardware.

The LED uses 4 custom boards each with 25 Cree X-Lamp emitters running on 7 channels (warm white, neutral white, blue, royal blue, deep red, green and UV [485 and 495nm]) on 12 Meanwell LDD drivers, dimmed with Arduino. The light is approximately 60cm (24") above the tank so I'm using 60 degree optics. Given each set of LEDs is in an area of around 70x70mm (less than 3x3"), there is no disco-ball effect. I'm currently running the white emitters on 1500mA drivers and the rest on 1000mA drivers, however given I am running most channels at around 50%, I am going to switch the 1500mA -> 1000mA and 1000mA -> 700mA this weekend which will give me more dimming steps to maximum in each channel. 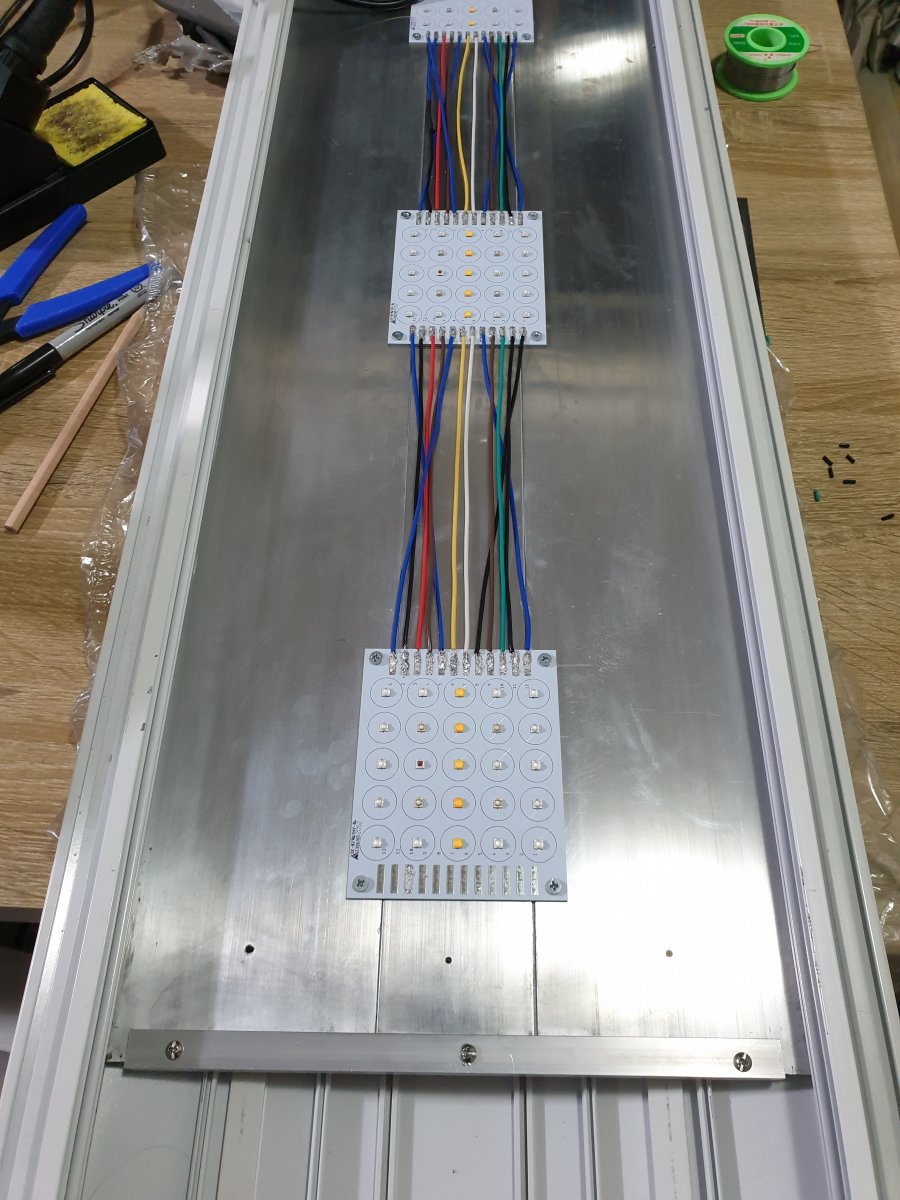 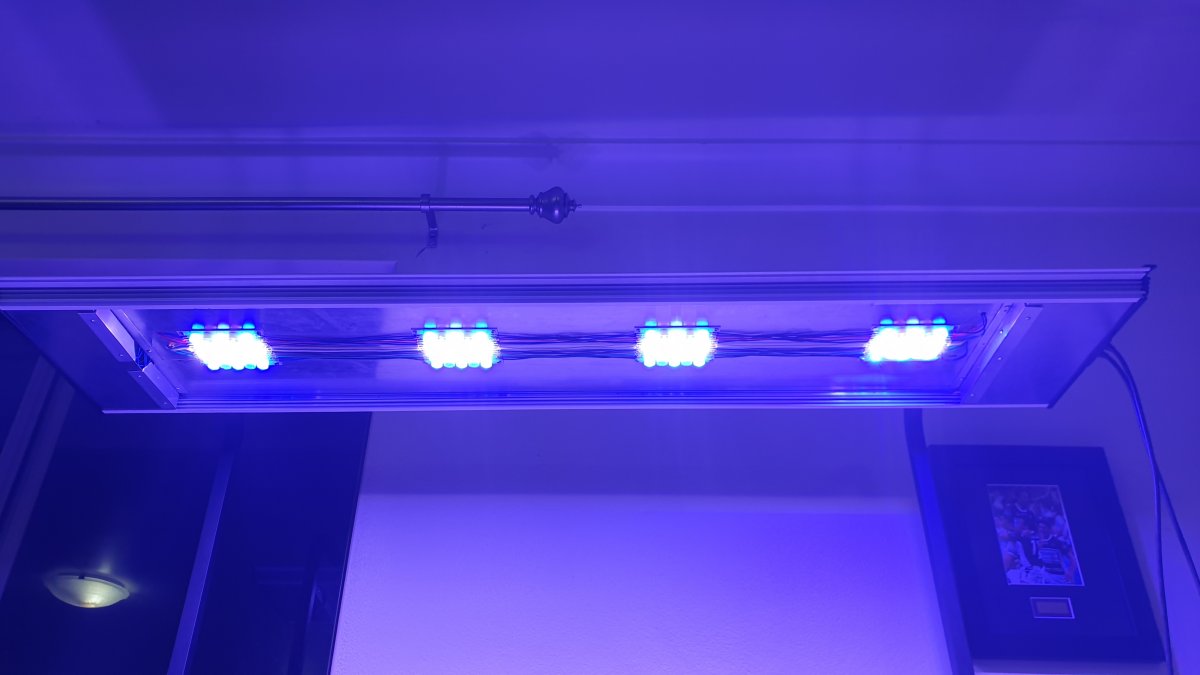 I have the ATO and dosing pumps set up and running (though the photo was taken before they were running).
The ATO runs on a DIY dual float switch system with a dosing pump to minimise risk of overfilling, though the risk is low with only around 15L in the reservoir.
I'm using 2.2L glass canisters for dosing calcium chloride and sodium carbonate hourly. 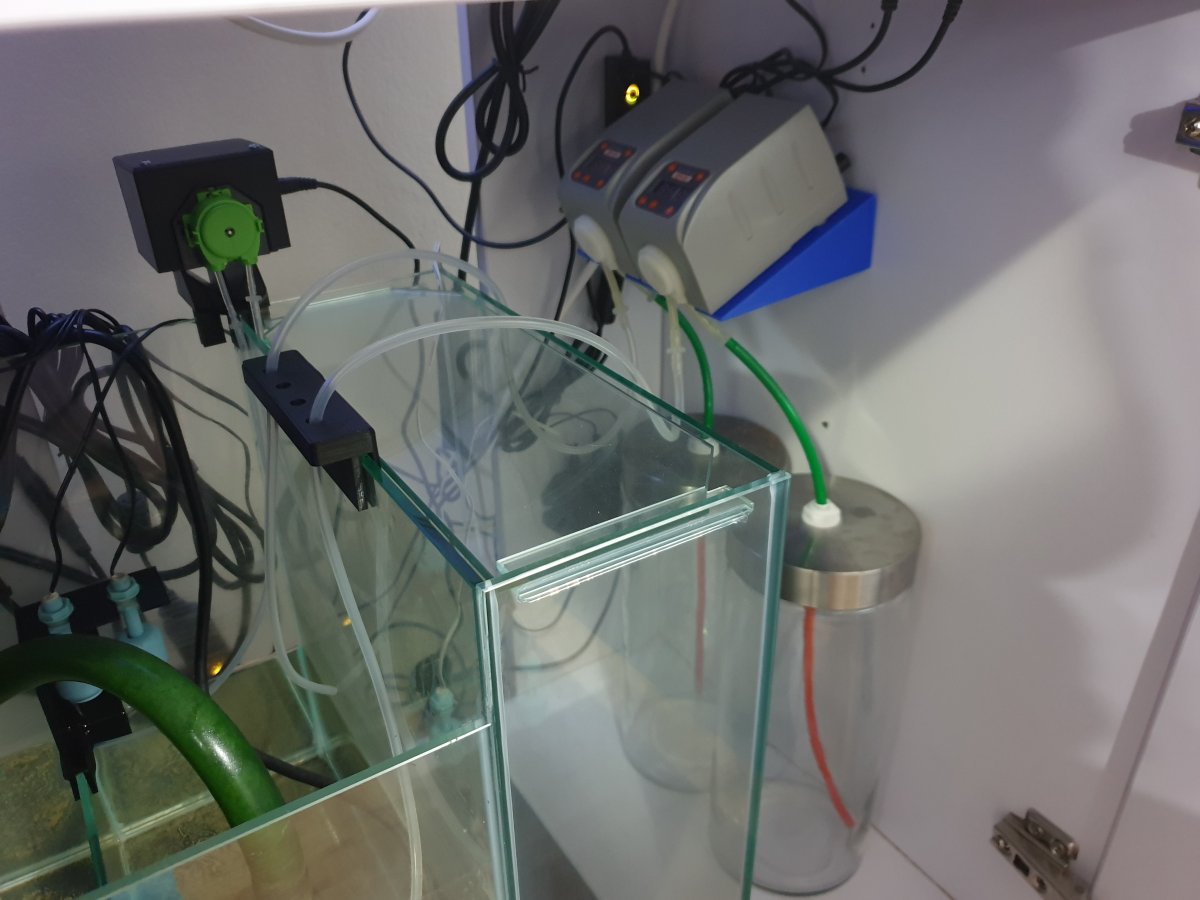 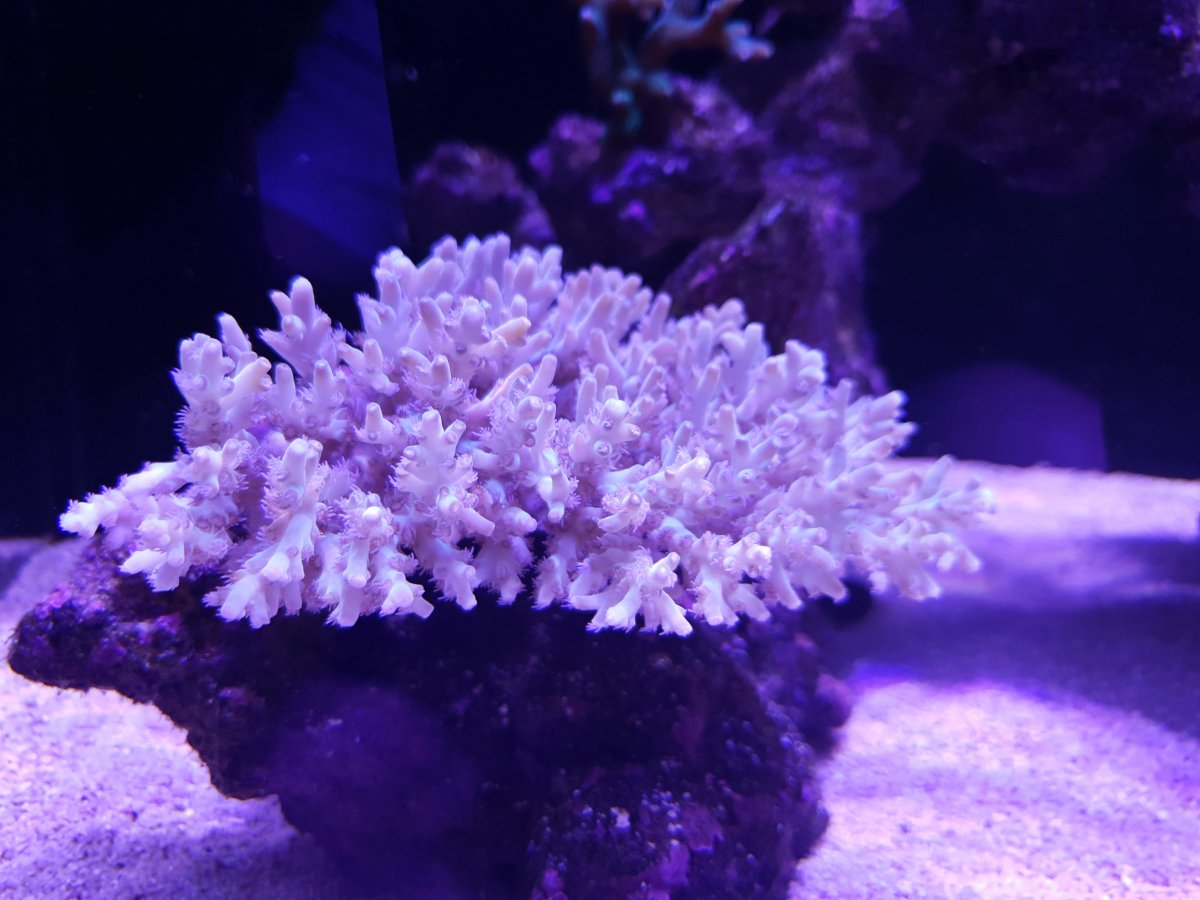 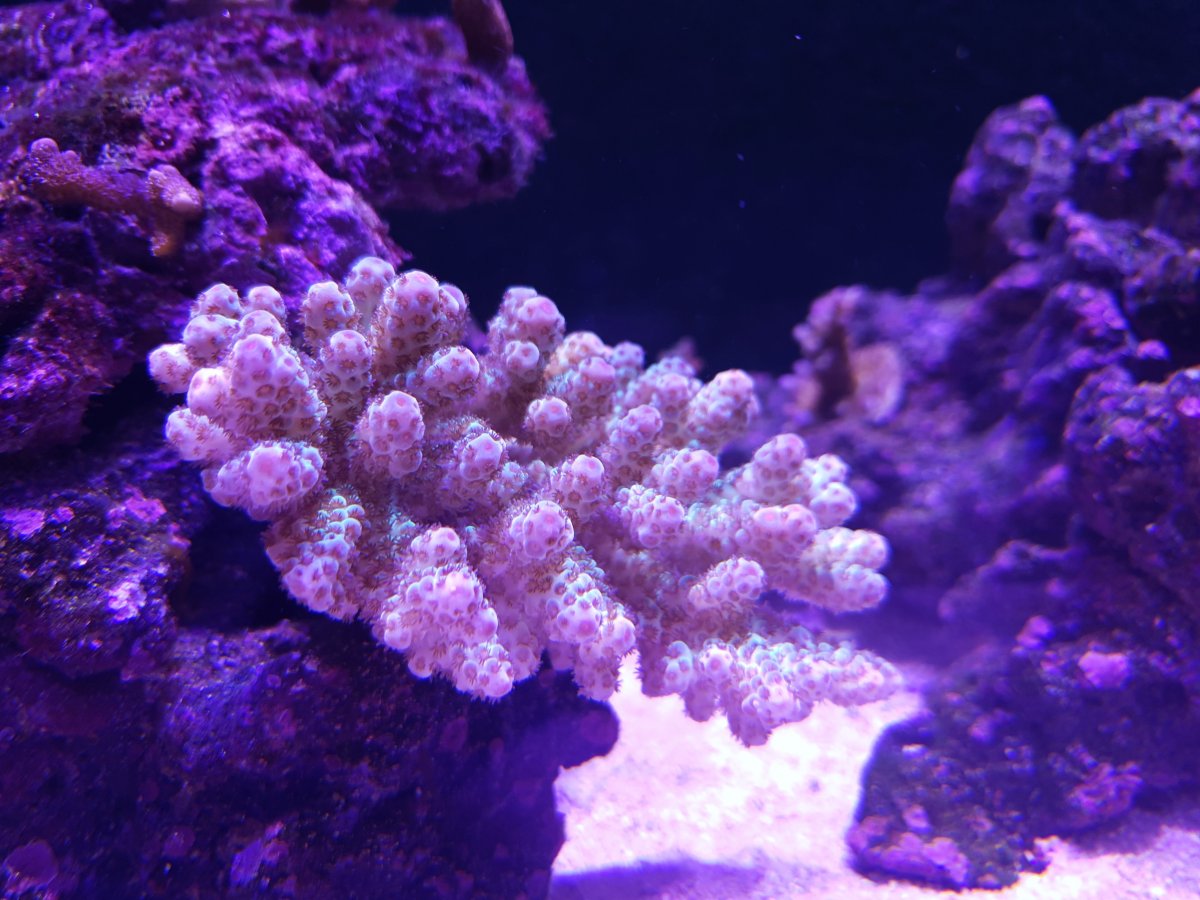 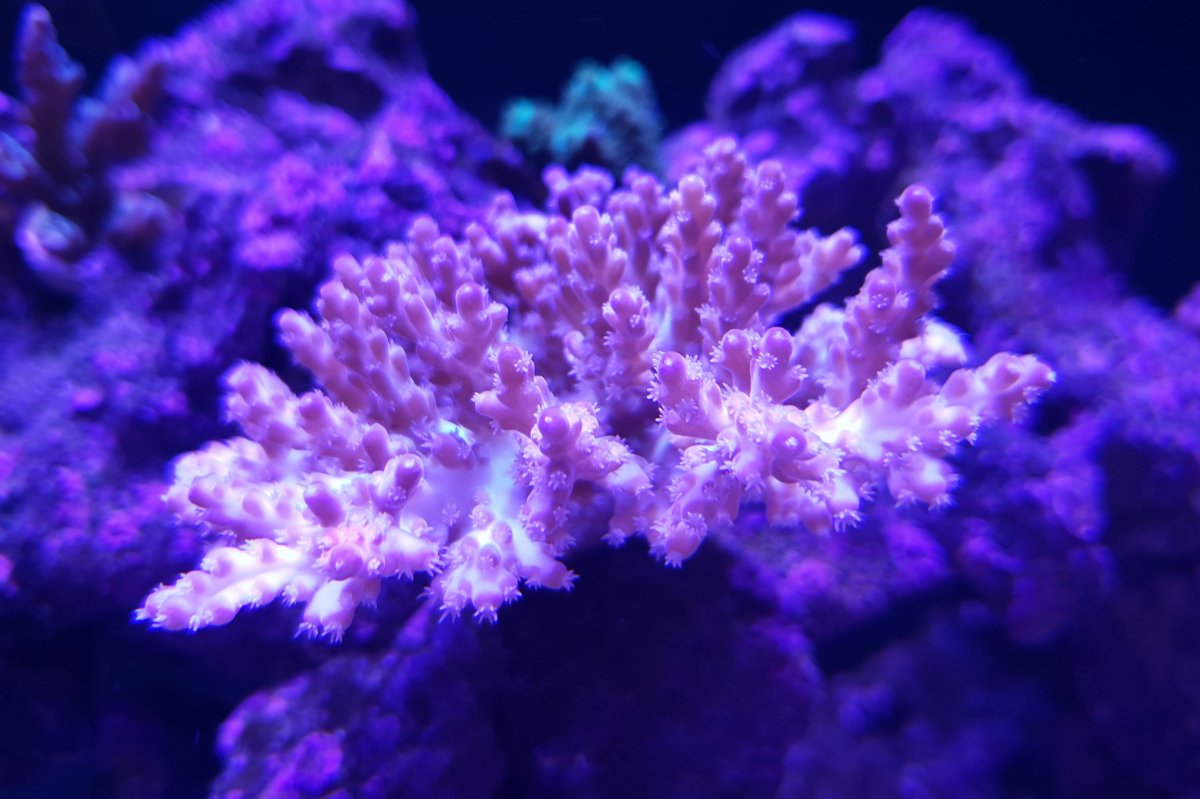 Thought I'd give this an update. Since my last post, I've actually moved which meant upgrading the tank to a 120x55x55cm Aqua One Reefsys tank. All the equipment stayed the same.

A couple of acros didn't handle the move well but most of them still have some life in them and are coming back quite well.

There are actually more fish than it looks but besides the clowns they tend to want to hide. There is a masked rabbitfish, bristletooth tang, 6 line wrasse and 2 yellow assessors besides the 4 visible ocellaris clowns.

The tank is an ongoing DIY project and I just installed 2 cabinets beside the tank over the weekend to house all the electricals as well as an ATO reservoir. Planning to build an arduino tank controller. I have most of the parts and have written a lot of the code, just need to get it built.
OP

I've added this beside the tank to tidy things up a bit. There are 12 power outlets total with 2 being wifi connected. I just need to determine whether I put the ATO reservoir in the bottom or move the dosing containers/pumps there and put the ATO under the tank.

We had Reefstock here in Sydney over the weekend so I took the opportunity to grab a few frags, a crocea clam and a Heteractis aurora anemone. Went a little over our budget for the day but isn't that what these shows are for?