Will SPS recover after flow ripped flesh off?

Hey reefers, I have been in the hobby for my whole life and have had salt tanks for about 5 years. I have only had LPS and soft corals (mushrooms, polyps and RBTA). This is my first montipora digitata, i got it about a month ago. I did a ton of research before getting it and read they need high flow. I placed this bubblegum digitata at the top close to the light and I put the flow right on it....that’s where I made my first mistake...after about a week I noticed some growth and got very excited! Then I got impatient and moved it closer to the light because I saw a tiny patch of algae growing on the digitata so I thought that meant it needed more light...second mistake...that’s when the digitata really started to lose flesh. I noticed it at the bottom at first, then a couple days later that bare spot was bigger. Now it’s been a couple weeks since I noticed the first spot of flesh missing and now half the frag is missing flesh, all where the flow hits it. That’s when I FINALLY moved the power head so the sps now get indirect flow. The polyps on the digitata started to come out as soon as I moved the power head but it lost a lot of color and flesh. It’s stopped losing flesh at this point and the polyps do come out a little tiny bit.
Does anyone with sps experience think it will come back? Or am I now letting it die a slow death? I don’t want my other corals to suffer either. I hate knowing that I did it to the poor thing but ripping the flesh off with flow, I’m sorry, I’m admitting i made a mistake but I would like to try and save it if possible. Any advice or input would be appreciated! (It’s the bubblegum digitata pictured top left) 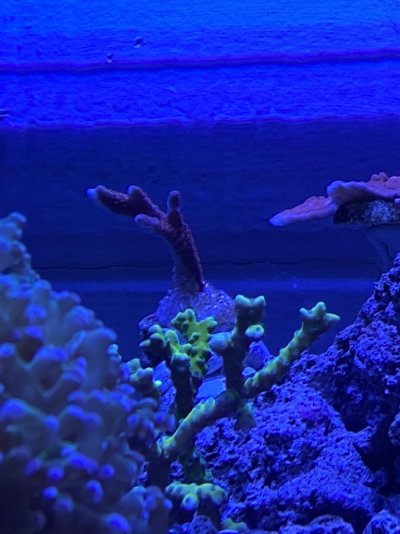 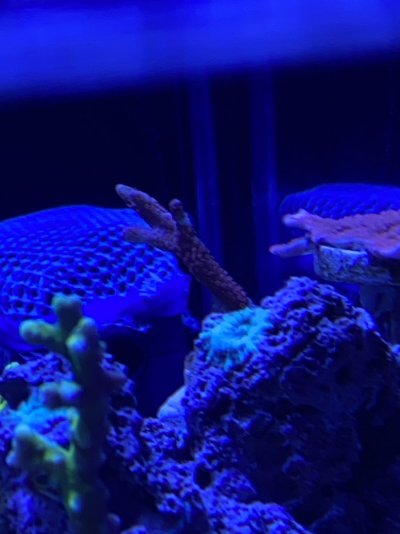 Yes, it should recover quickly if your parameters are stable. Digitata is a very hardy SPS.
OP

Kattkrazie said:
Yes, it should recover quickly if your parameters are stable. Digitata is a very hardy SPS.
Click to expand...

Thank you for your reply, I will be patient. Looking forward to posting a recovery photo when it does recover.
OP

Update: it’s getting better already! the flesh is slowly starting to come back and I can see the polyps on the living flesh coming out more. There is even a tiny hint of bright green coming back on the growth tip. This digitata is pretty forgiving

Yea it’s one of the hardiest SPS. My kid crashed one of my tanks and the only thing that survived was the zoas and a big digiata colony. Looks cool too

LegendaryCG said:
Yea it’s one of the hardiest SPS. My kid crashed one of my tanks and the only thing that survived was the zoas and a big digiata colony. Looks cool too
Click to expand...

Sorry to hear about your crash but good to hear there were survivors! I held SPS so high in my book that I thought they were fragile.