It says mixed reef, but there are a lot of fish with space/swimming needs on list. Almost feel that is enough fish for 1.5 or 2 tanks once you factor in need for sleeping caves/aquascape, as at least my tangs don't seem to share sleeping spaces 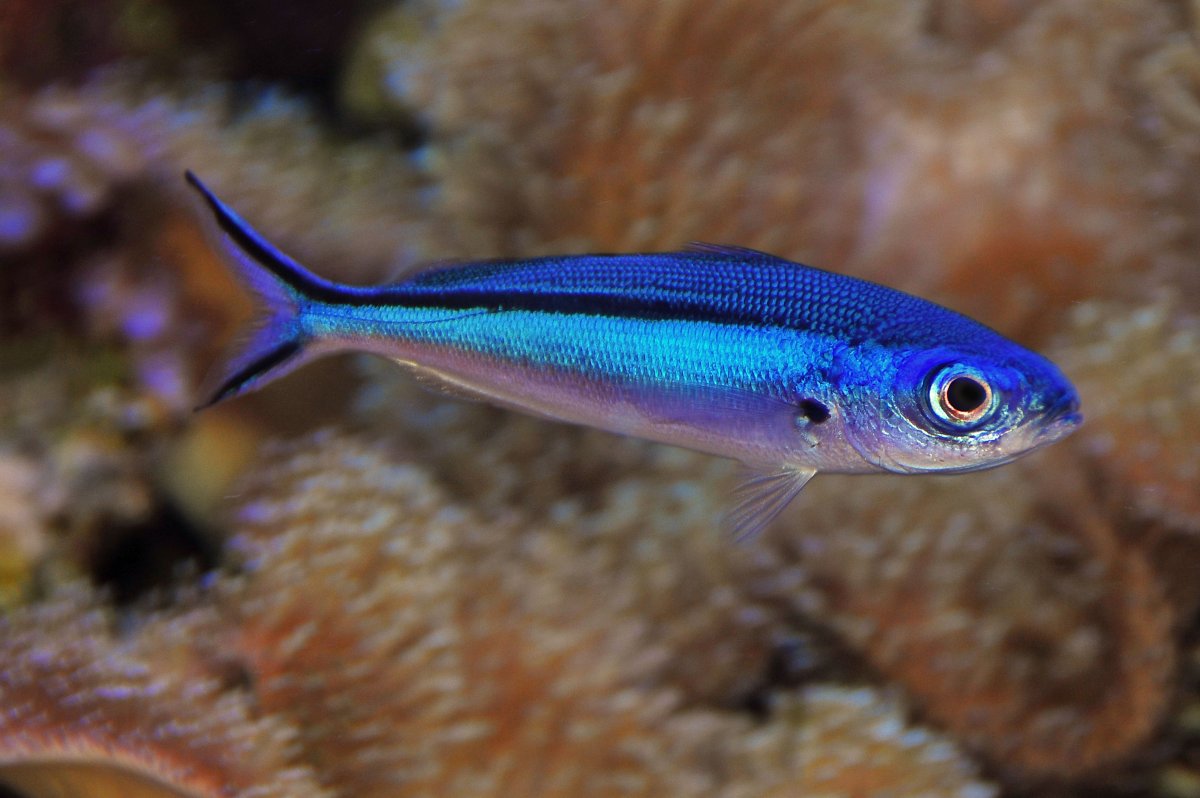 Estimating the Need for Swimming Space for Aquarium Fishes

Wrasse usually can have just one, so maybe leopard wrasse after fairy wrasse dies of old age.

My sailfin tang is nicknamed 'Death Dealer' and sailfin aggression rated well below purple tangs which are reported to increase aggression until nothing else can be added to tank. This reefers experiences with purple tangs is much better, plus there is aggression ranking list provided in this post:

Tang Aggression - Understanding and Combating So what's the deal with tangs? How do I keep them together? Why are they so aggressive and difficult to keep sometimes? It's a common discussion point. Some may dissent with what I have to share but I've never had less than three tanks running at a...

likely can have two blenny in tank. Anthias are gentle, passive so adding 'later' may mean taking other fish out for a couple weeks when Anthias added, then once other fish have lived in other tank breaking territory holds after couple weeks, can re-introduce other original fish. (this is how I successfully reintroduced my yellow tang when it had to leave main tank during main tank bryopsis Reef Flux treatment, also used below SHU acclimation box)

Also recommend getting acclimation box with magnets. I tried acclimation box hang on side style for my 180g, but my existing fish would then only allow new fish to live in that upper corner (where hang on side had been) once out of acclimation meet & greet box. New fish didn't understand. Beat up, removed back to QT to heal, repeat, died. Repeat story like 3 times. Now own acclimation box with magnets so meet & greet happens in all areas of tank, whenever I'm emotionally brave enough to try another new fish. Did enable successful reintroduction of my yellow tang back to main tank after 3 weeks out (also put sailfin in sump for week+ to improve odds), Yellow tang is also member of my Death Dealer Squad.

Simply put.... THE BEST multi-purpose aquatics container has been over a year in the making and I’m happy to finally announce it’s ready for orders! This container can be used for – anemones, mushrooms, acclimating new livestock, putting naughty livestock in time out, holding livestock for sale...

The purple and sailfin will be QT together and added to the DT together and they will be among the last added. Idk if I'm going to do more than those three tangs. My aquascape was built with the fact I wanted tangs in mind. There is plenty of open space between the rocks as well as above, in front, and behind. I'm still on the fence about the Leopard wrasse. And the Anthias.

Hey Tang police, come and get me!
2

Walked into my LFS and guess what I saw...