I am selling a Spectrapure 200 gpg UHE setup, with a pair of interconnected 55-gallon Brute trashcans. I absolutely LOVE this system. A low float switch in one of the Brutes turns it on automatically when supply is getting low, a high float switch turns it off. While the system is running, every hour it goes into a flush mode where it draws product RO water back into the system to flush the membranes with fresh water for a couple minutes. When the system is about to shut down, it also draws product RO water back into the system to flush the membranes, then shuts down with the membranes soaking in fresh water. I added an additional low low float switch and an additional high high float switch, thinking I would connect those to Apex to issue a warning if the system failed to turn on and water got way too low, or to kill power to the system if it failed to turn off properly, but I never did (but never had this happen, either). I ran a pipe out from the bottom of one of the Brutes to supply fresh water to a float switch-controlled pump for ATO (Genesis STORM, loved it! see below) and NEVER had to worry about water levels remaining constant -- EVER!

Pix show performance. Water in at 334 TDS; water off the membranes and into MaxCap DI at 6 TDS (98% rejection); water off the MaxCap and into the Silicabuster DI at 2 TDS (time to replace that); and product water out at 0 TDS. (I'd recommend replacing the sediment prefilter and the carbon block, too, just to be sure; Silicabuster can wait till it shows 1 TDS.) (I added in some additional "tapoff" points, to draw samples to test with a separate handheld TDS meter or to test for chlorine downstream of the carbon block filter; hence the additional tubes "sprouting" from the unit.)

I also have available a saltwater mixing setup for sale. It's a 50-gallon graduated container with a Sicce ADV-7 or ADV-9 pump (don't recall which) mounted to the side in a recirculating arrangement. Water return from the pump into the contianer is via a large-radius 90-degree sweep pipe, pointed toward bottom. Fill the container with freshwater via another pump (Velocity T-4, included) that also receives water from the pipe coming from the Brutes, pour salt into top through a hole I cut in the container cover, turn on the side-mounted recirculating pump, and let it run for a few hours for good, mixed saltwater.

But wait, there's more! I am also selling my Genesis Reef Systems Renew water-change/STORM ATO setup, with pumps. The Renew system uses a pair of buckets designed to meter out exactly one gallon. One pump measures out a gallon from the sump (via one of the metering buckets), another pump measures out a gallon from supply of new saltwater (via the other metering bucket). The old saltwater is released from its metering bucket and goes to drain, the new saltwater is released from its metering bucket into the sump. You set the unit to do as many one-for-one swaps as desired, all at once, over the course of a day, or over the course of a week. (If you have the STORM ATO and the Renew AWC system, there is a cable that connects the two units so that when the gallon is pulled from the sump and the water level drops, the STORM ATO is disabled temporarily and does not add fresh water to the sump trying to keep level constant. Smart!) To keep pump in the supply of new saltwater from running dry, there is a float switch that disables the system when supply of new saltwater gets too low. As I set up my system, there is a take-off at the bottom of the saltwater mixing bin that supplies saltwater to the pump used to fill the new-water one-gallon bucket (with a double-union ball valve to seal the bin if needed).

The whole Genesis system (water-change and ATO) was almost $1,000 at Genesis Bundle. IF YOU TAKE THE RO/DI AND THE SALTWATER MIXING STATION, I will include it for an additional $400. 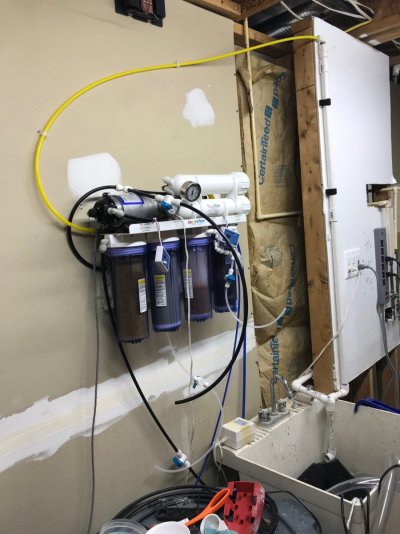 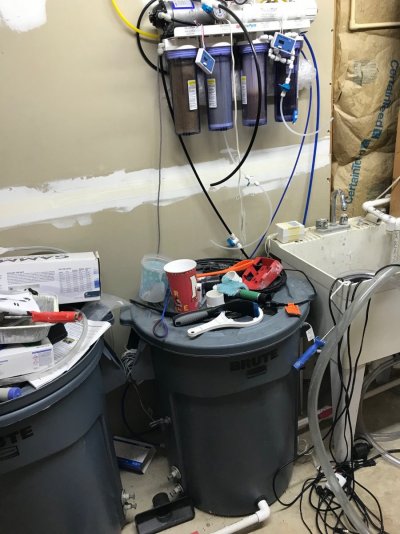 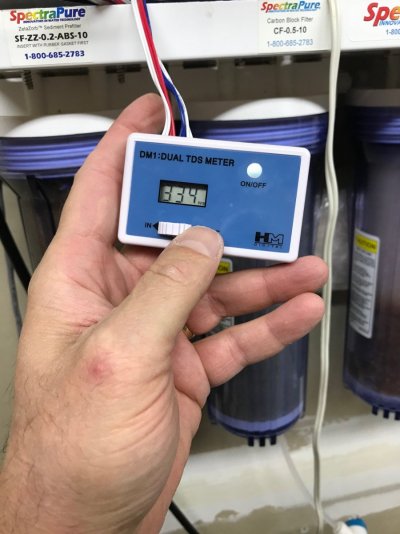 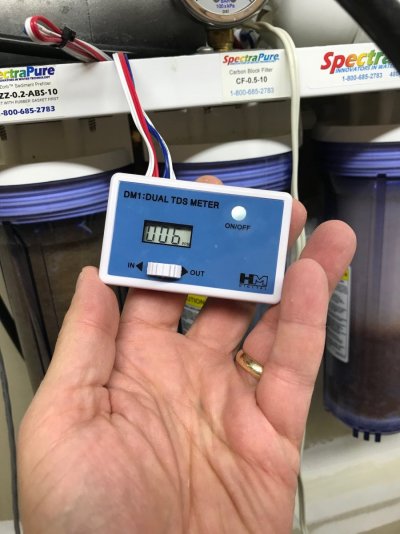 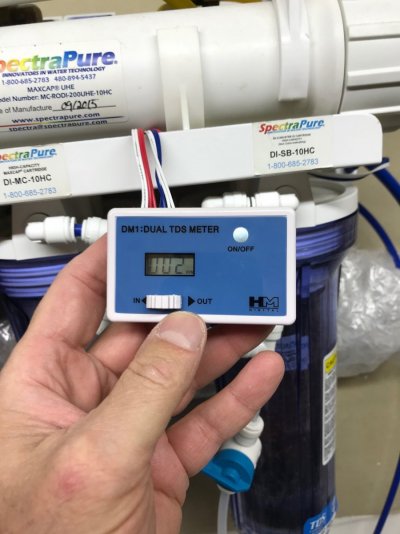 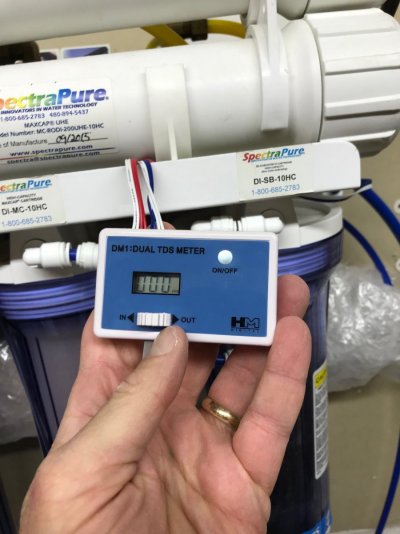 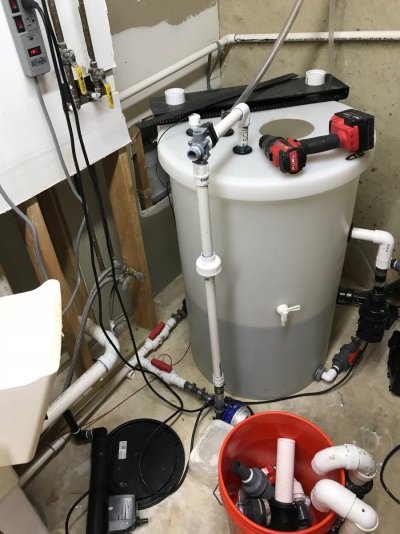 J
Well Water/ CO2 / to Brute to DI - What GPH pump to push through DI?

Just setup new RO/DI system. What should I be testing for?