Thought it was time to finally start making some build threads on my tanks. The first is a tank me and my grandfather have built together. He's the one that got me into fish keeping when I was a kid. It all started with his first 180 gallon tank back around 1998ish. The tank did fairly well and was mostly soft coral, but was still a steep learning curve for any new hobbyist especially back then.

A few years later I think around 2002 our neighbor down the street was getting rid of his 360 gallon tank so we decided to upgrade since it was a deal we couldn't pass up. Unfortunately it ended up springing a leak 6months or so after being setup. Having to find a tank asap and get everything switched over we ended up with a 265 gallon which is what's still running to this day. Since it was all an emergency switch we unfortunately lost all but a couple coral and some fish during the process of getting everything settled in the new home. From there things went very well. New tech was coming out and we had the latest calcium reactor and c02 control with a pH pinpointed and we were finally able to start keeping sps.

Things went well for quite some time after that we saw some great growth, but it never seems to last forever in this hobby, around 4 or 5 years later we had a chiller failure, temps shot up over 90* and again lost most of the tank. Keeping a 265g cool even with all the ice we could gather was not easy, but the damage was already done over night when the temp spiked. We got the chiller replaced, and learned the hard way to always have a backup on hand.

From about 2008 until 2020 was the best the tank ever did, we really felt like we were getting it right, wall to wall sps and everything was going great. We had many colonies that were 6-12 years old.

Then the most recent extinction event happened and the calcium reactor got stuck on somehow. Alk cal and MG went through the roof. Tank hit over 14dkh up from 8. It was nothing short of a miracle that anything survived. The only sps to survive was some digitata, procillipora and our largest acro colony. About half of the LPS made it as well. Softies seemed nearly unaffected.

So what'd we do next? Contemplated throwing the whole thing out haha after 3 total resets in 20 years it's pretty disheartening but we decided to carry on and continue learning from the mistakes. So we bought an Apex about 6months ago and switched to dosing over the Calc reactor. We waited a few months for things to settle again and now in 2021 we're back in full swing and starting to repopulate the corals.


These pictures are from right before the most recent crash and I'll share more about the setup and current pictures soon. 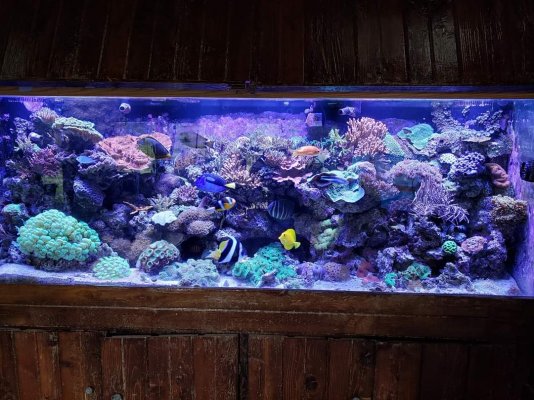 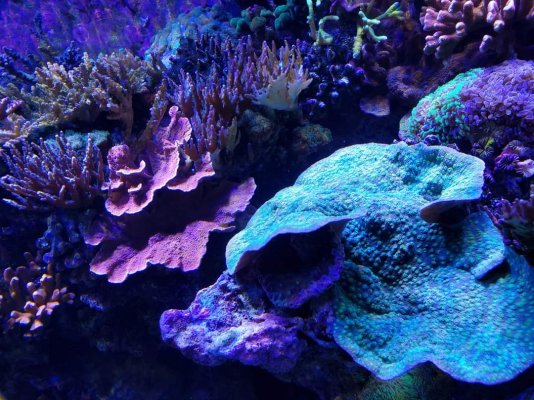 Thank you, it definitely sucks but unfortunately it happens when trying to keep a whole ecosystem in a box. We just learned the hard way to always have back ups, and ways to double check everything.

Sorry for the losses, looking forward to the new build.

Here is the first of many progress shots post recovery starting at the beginning of this year 1/15/21. The comparison of before and after. This picture was taken shortly after my visit to WWC where we picked up a bunch of new corals to start repopulating the tank. Notice how much less color there is. 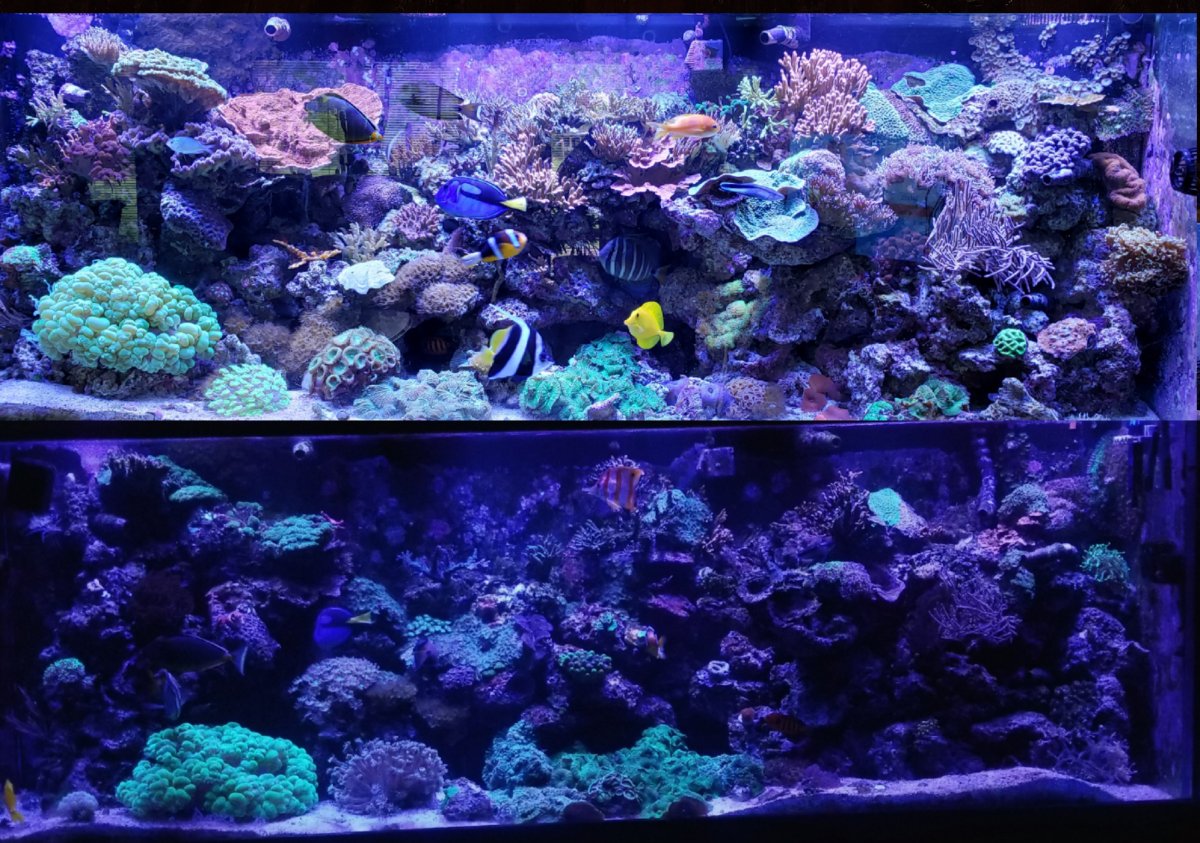 Pics of all the wwc goodies 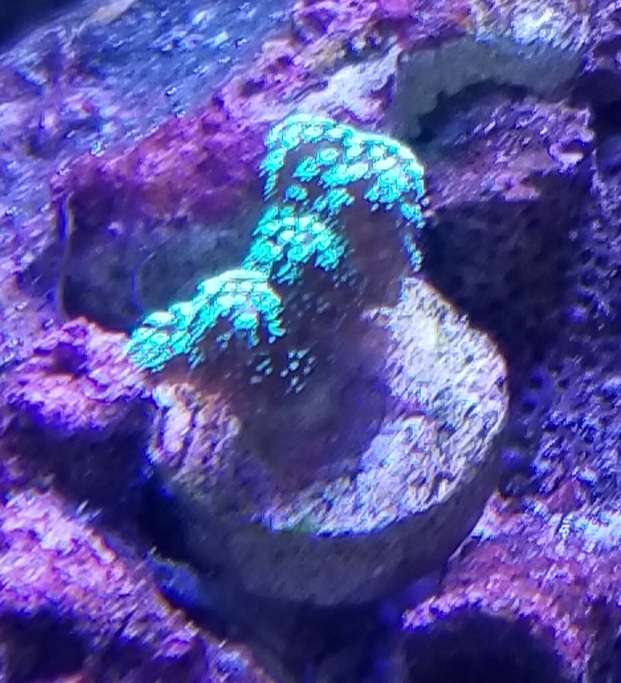 Green monti cap, glued it to the back glass with hopes it will climb up

Just happy to be seeing solid growth again. Birdsnest is from early February to present and the acro is from December to present

Large Build Back to the Hobby: The 180 mixed reef
2