Hello, I'm new to saltwater and R2R and am setting up a small mixed reef in my living room. I set the tank up using 40 pounds of pink fiji sand and roughly 35 pounds of live rock from multiple different LFS. The first rocks came with an urchin and some bristleworms etc, pretty intimidating stuff at first coming from freshwater ha. I ran the tank about 1 week before adding the first fish, a pair of clowns. 1 of them jumped out even with a glass lid ( i didn't have the plastic strip cut to size on the back yet). The tank has been running for about a month now and is stocked with 3 clowns, a six line wrasse, a pink tip condy nem, and a few assorted coral frags. I was skeptical about getting the nem and got nervous for about 3 days when it was hiding in the rocks but it's been back out for days now and looks healthy to me.

I haven't done very much maintenance to this tank in the month its been running, only a couple small water changes like 4-5 gallons at a time. I think the live rock basically instant cycled the tank much like i would do with freshwater tanks and old dirty media. One of the biggest rocks I got was out of this little old ladys pet shop probably been in her frag tank for 10 years just covered in coralline and tons of life.

The tank has a canister filter with a surface skimmer im running and a UV bulb in it, 2 cheap powerheads, an aqua clear HOB with just a sponge and a piece of live rock in it, i'm going to turn this into a refugium soon as that sounds like a good idea. Running a 165 watt viparspectra light it seems like it has enough punch for me.

I'm feeding ROD's mostly and sometimes a couple flakes, the fish and the nem seem very happy with that. I still am kind of lost as far as coral placements and such, I like mushrooms and zoas but i also want rock flower nems for sure, and my condy nem moves around apparently stinging everything it would cross, so im not sure if its worth my time to buy tons of corals if i plan on having nems. Anyways, here are a few photos of my progress, looking forward to learning from experienced reefers here! 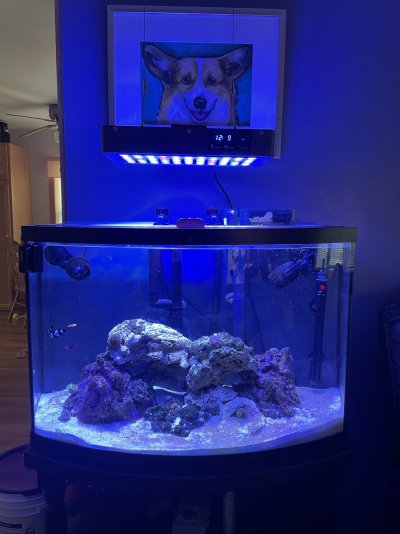 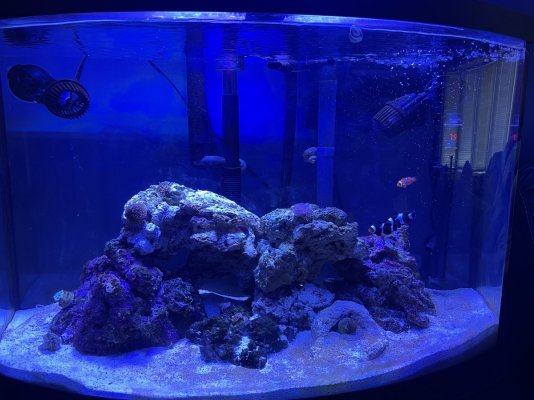 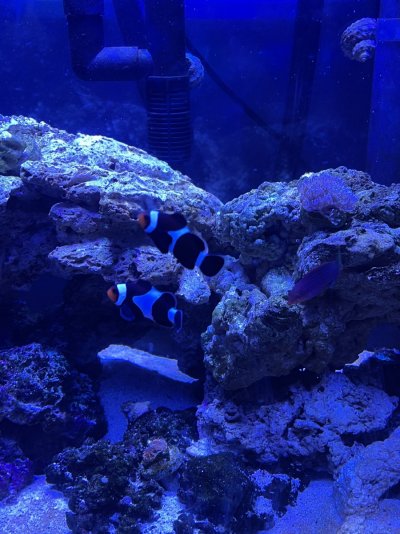 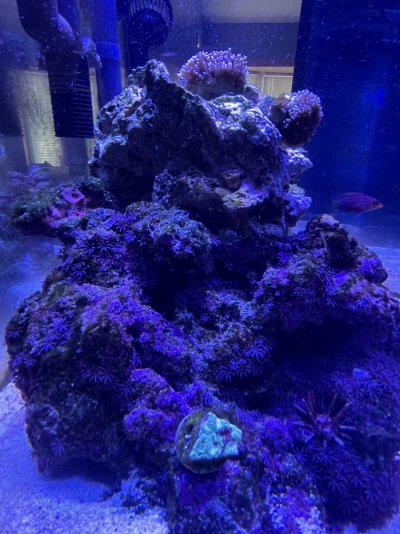 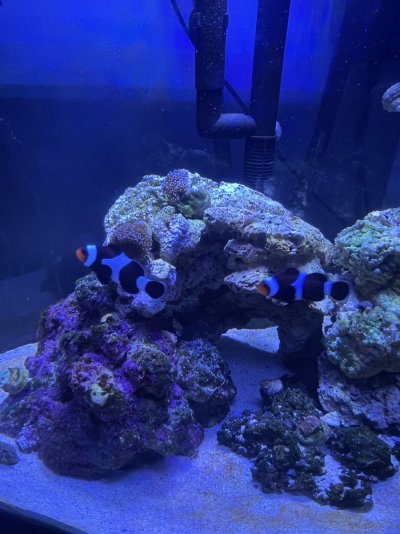 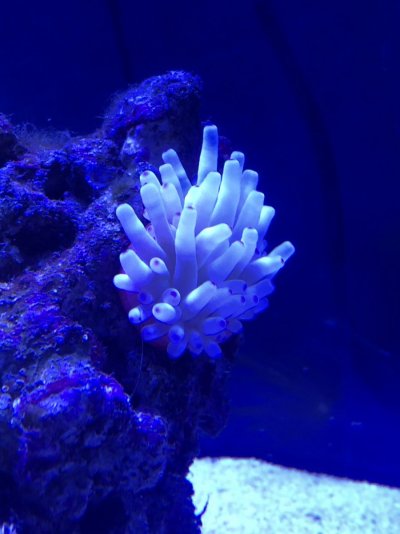 Added a beautiful flame angel I have been eyeing at the LFS for about 2 weeks. 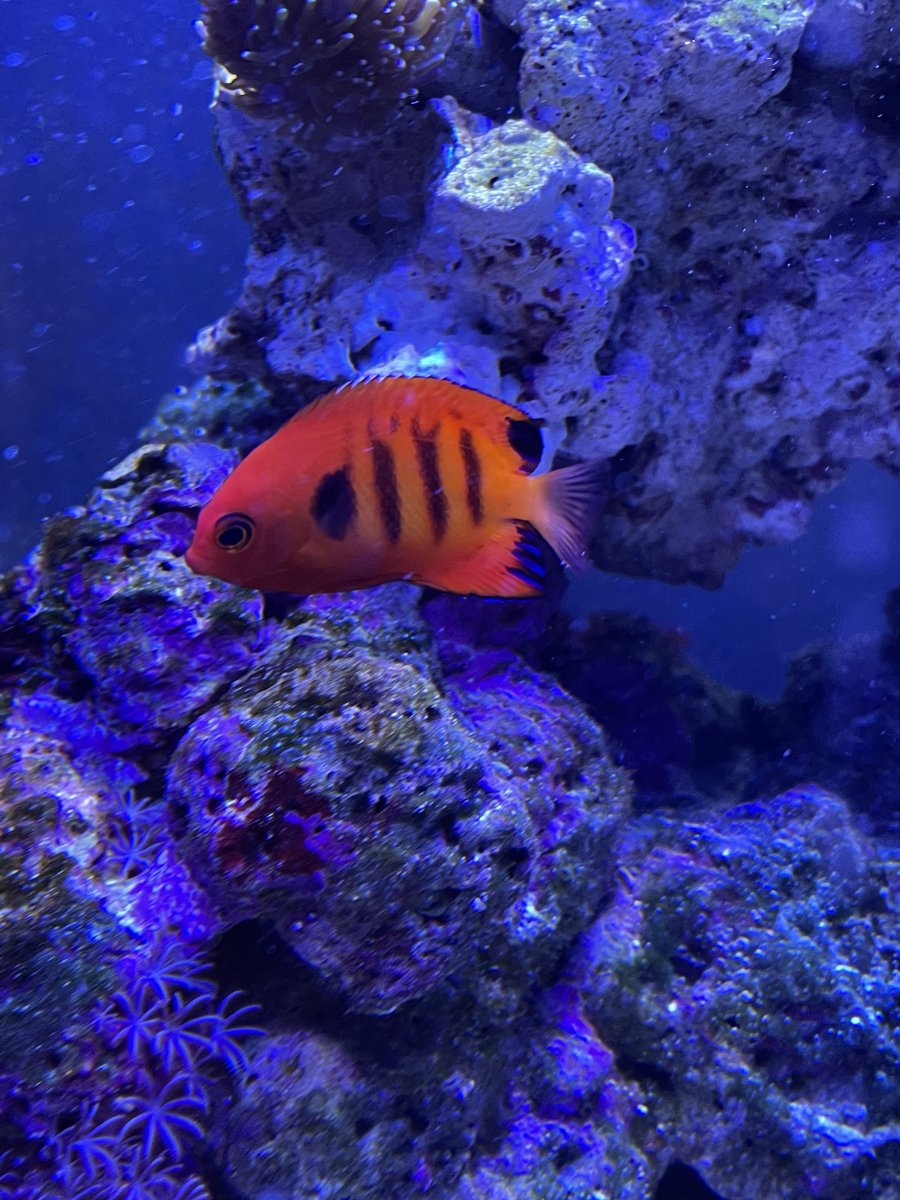