This tank has already been set up for over a year so I have some backlogging to do. 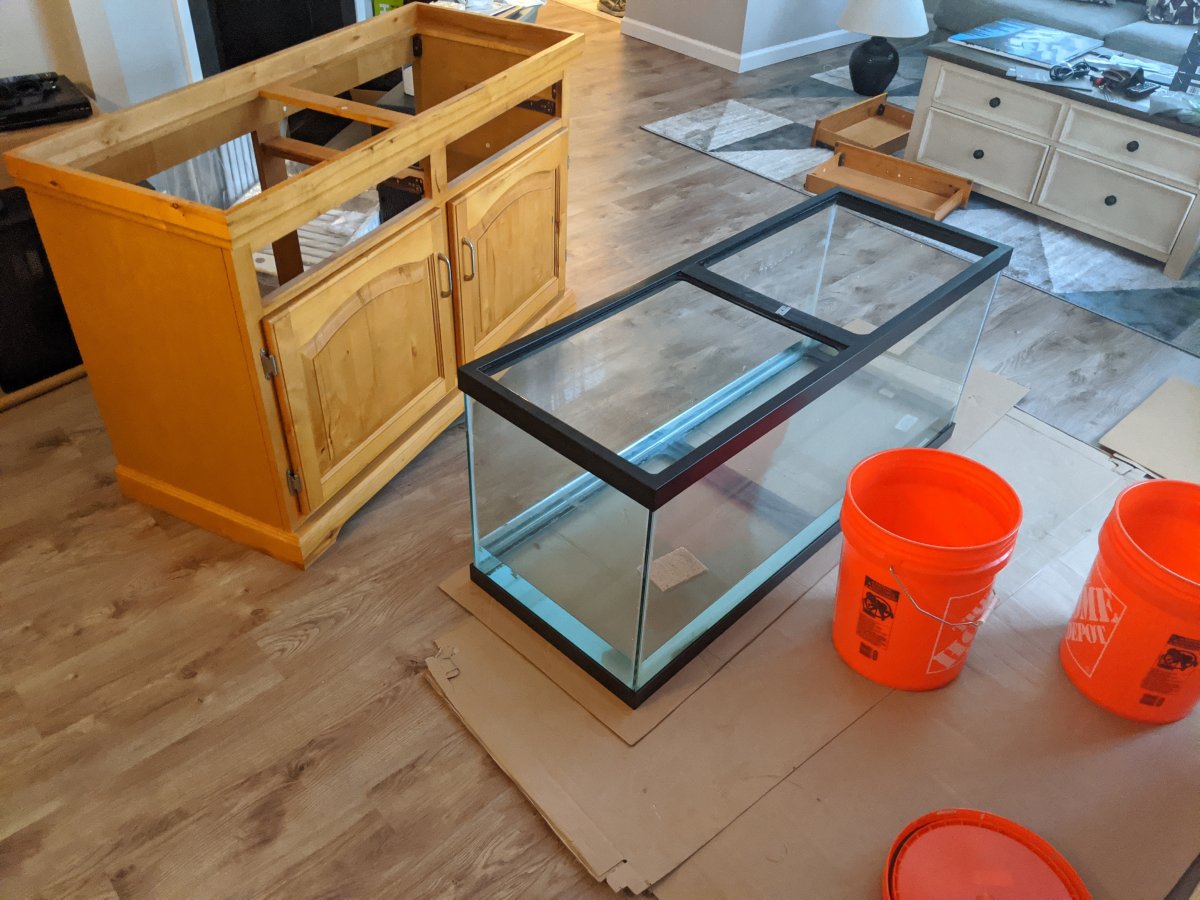 This is July 2020, picked up a 75g tank and stand for free.
I hated the color of stand so I sanded it down and re-primed it 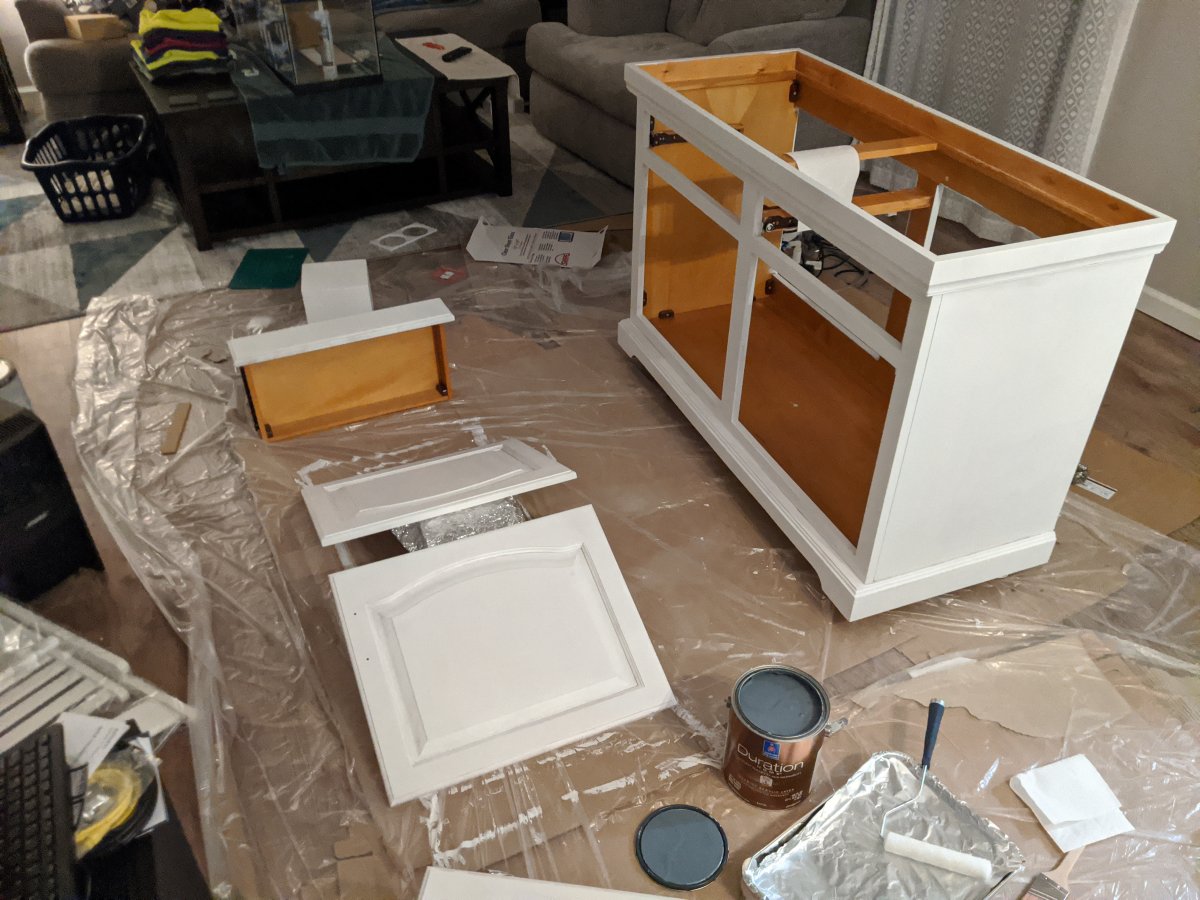 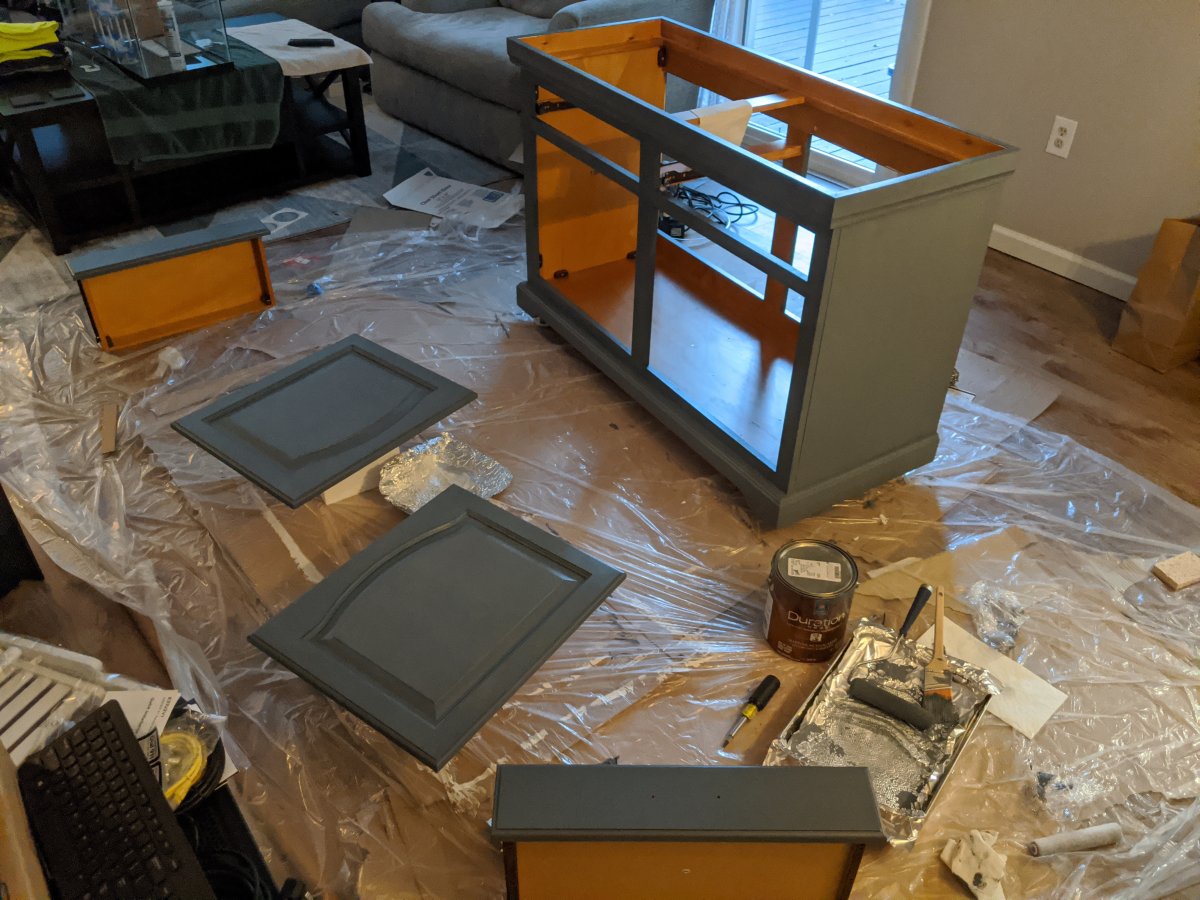 Here is is a photo of the final stand. Re-painted and with new hardware. You can also see my thermostat that I moved to a different wall so it wouldn't be behind the tank 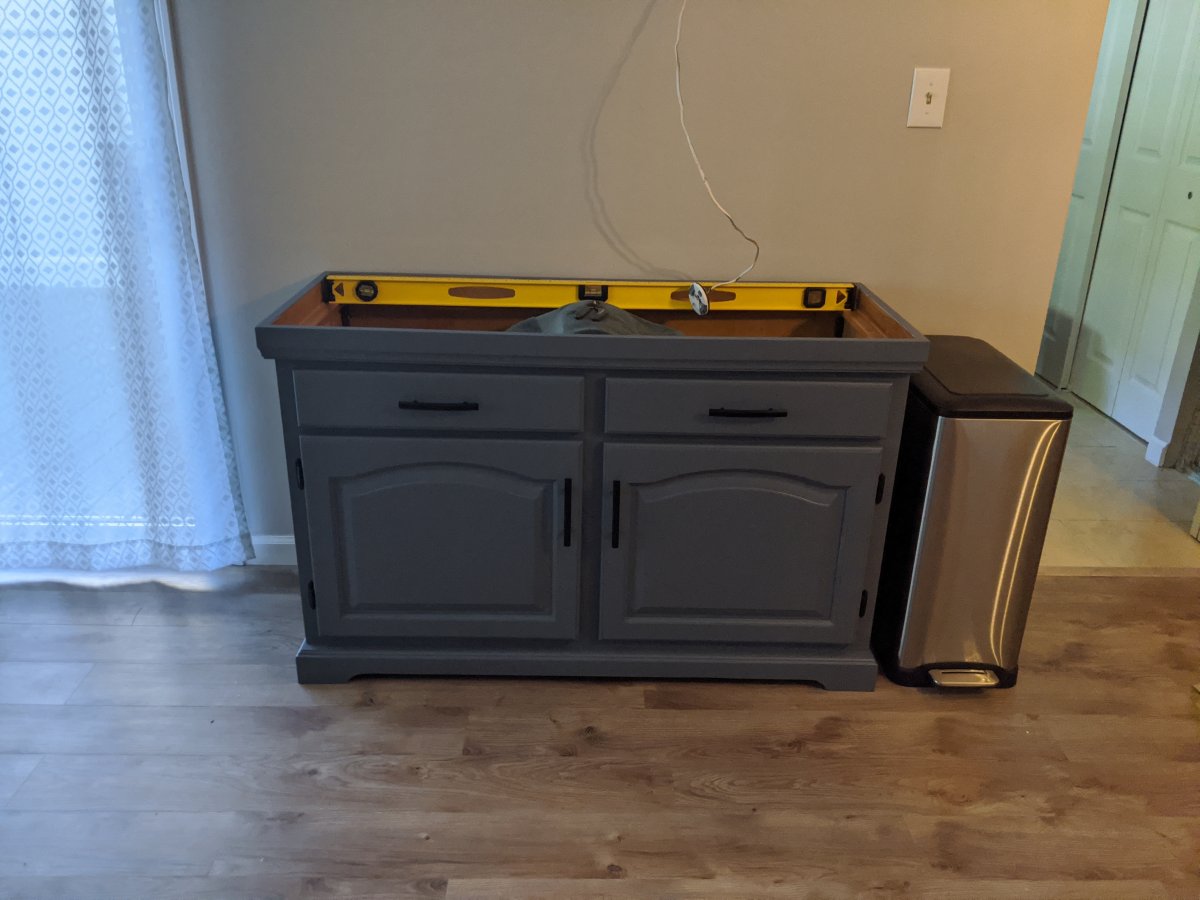 Petco had their dollar per gallon sale so I decided to buy a brand new 75 just for the slight piece of mind that a brand new tank brings.
The tank I had gotten for free held water, but I had no idea how old it was 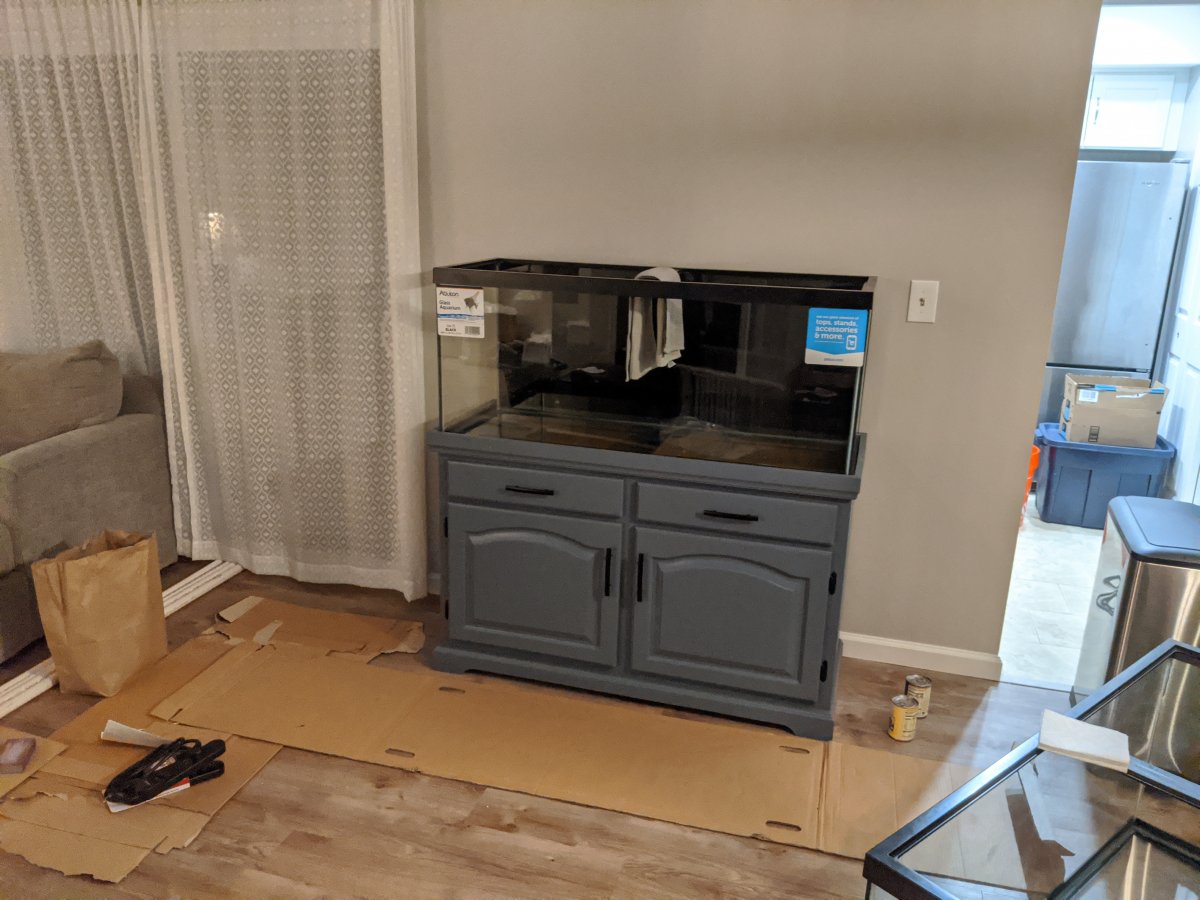 I also started working on the sump 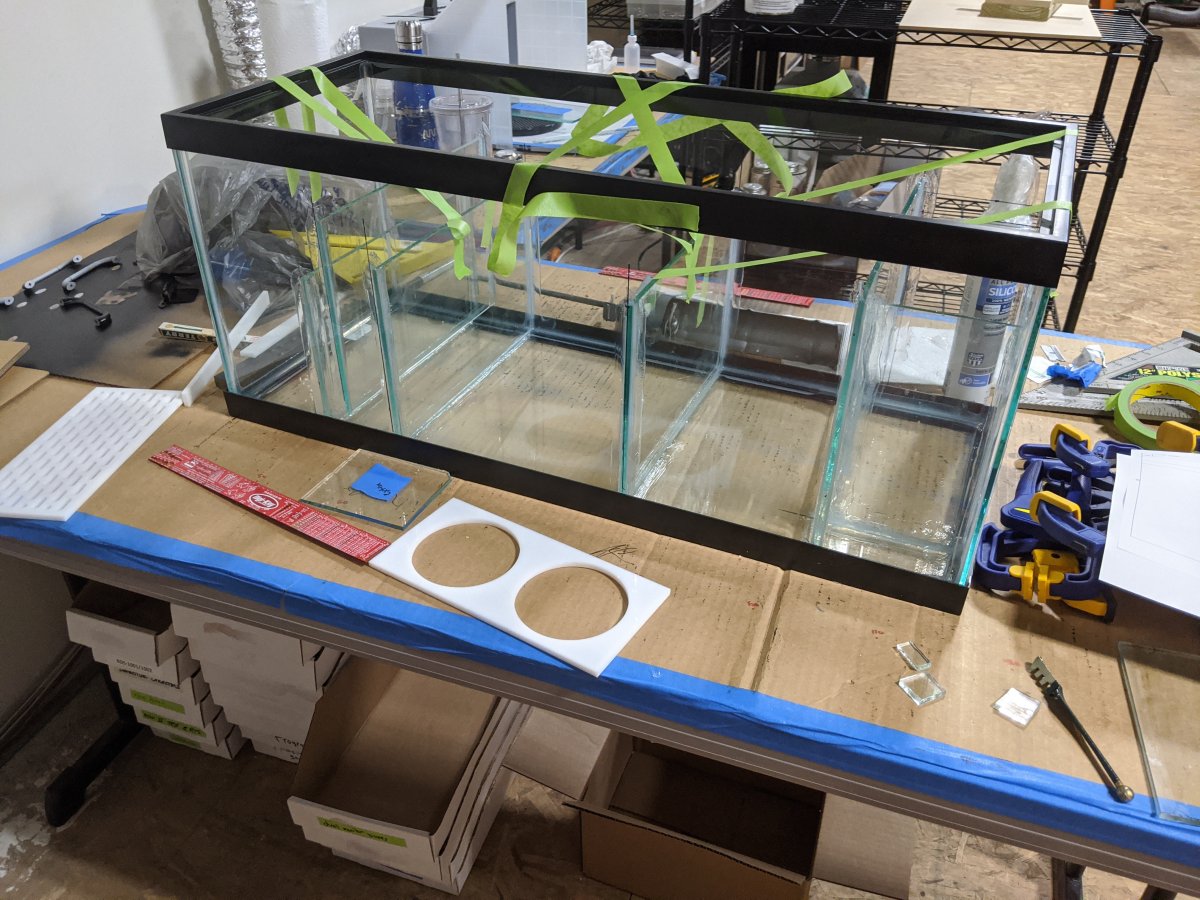 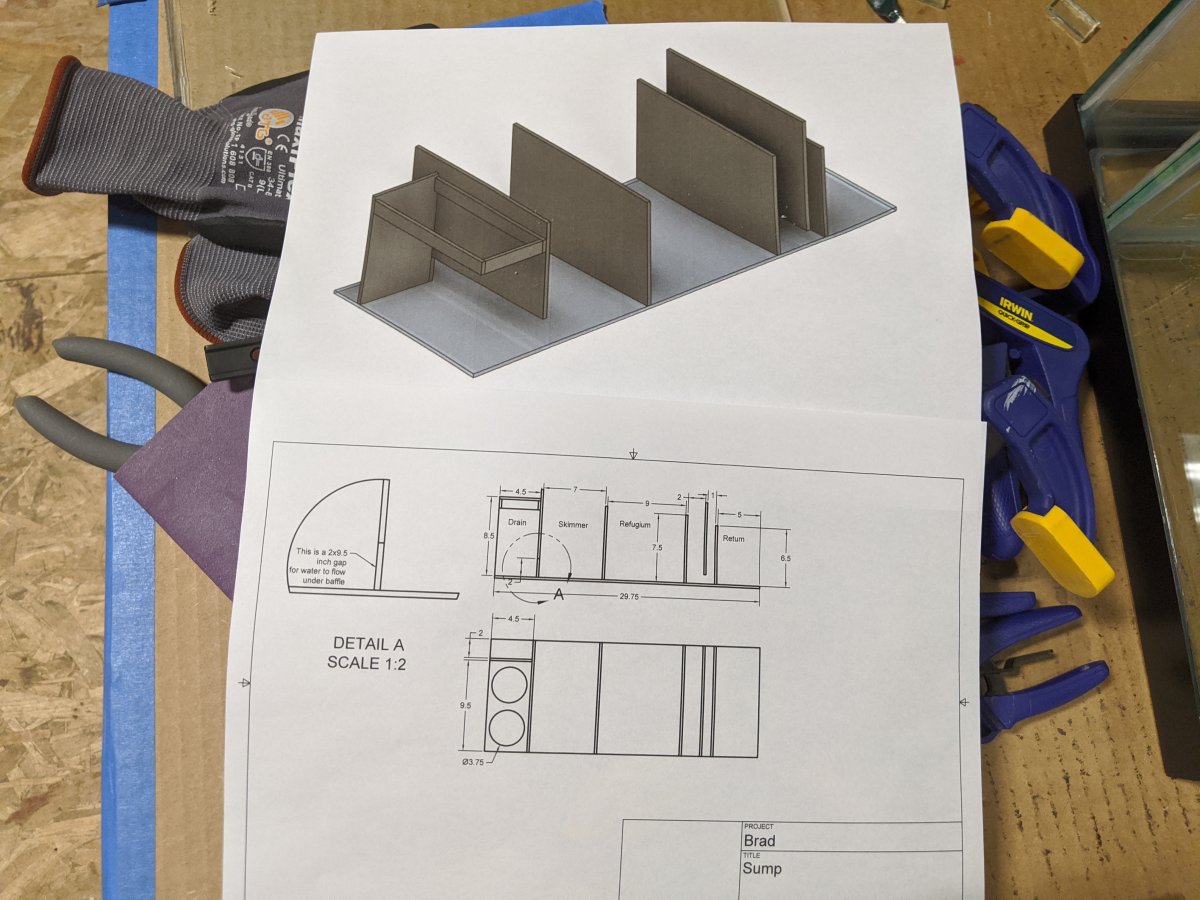 It was then around this time I had figured out my final scape. Looking back, I really think I could have done a lot better 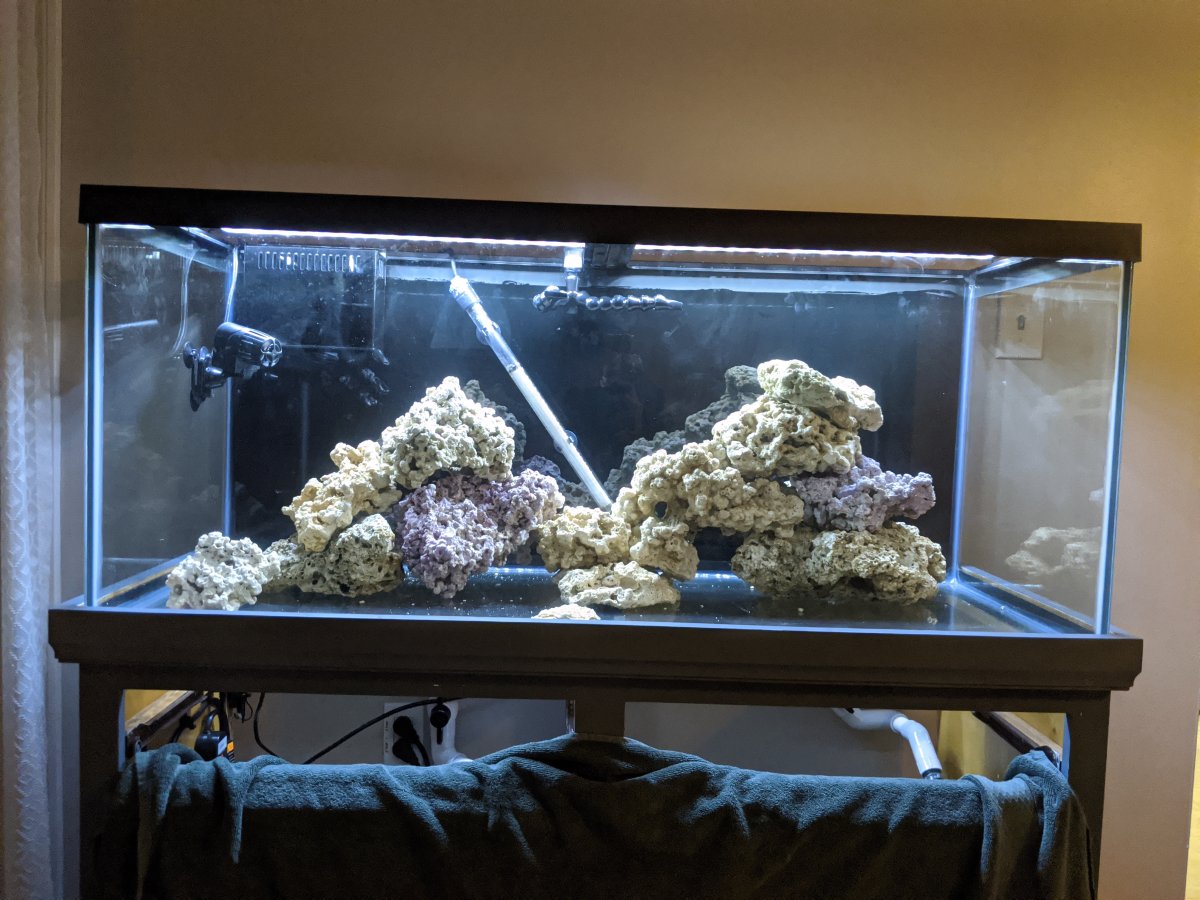 Then I started mounting and running all the power and cables 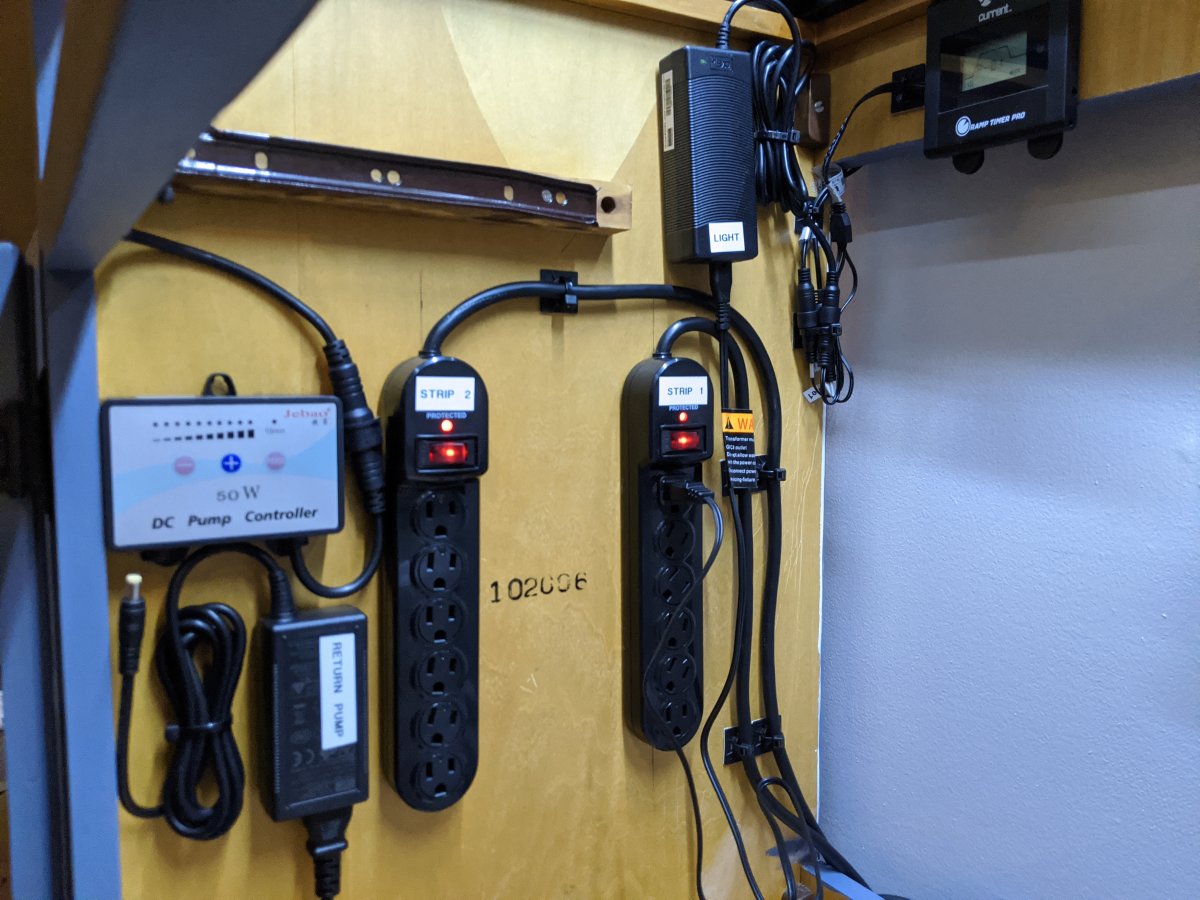 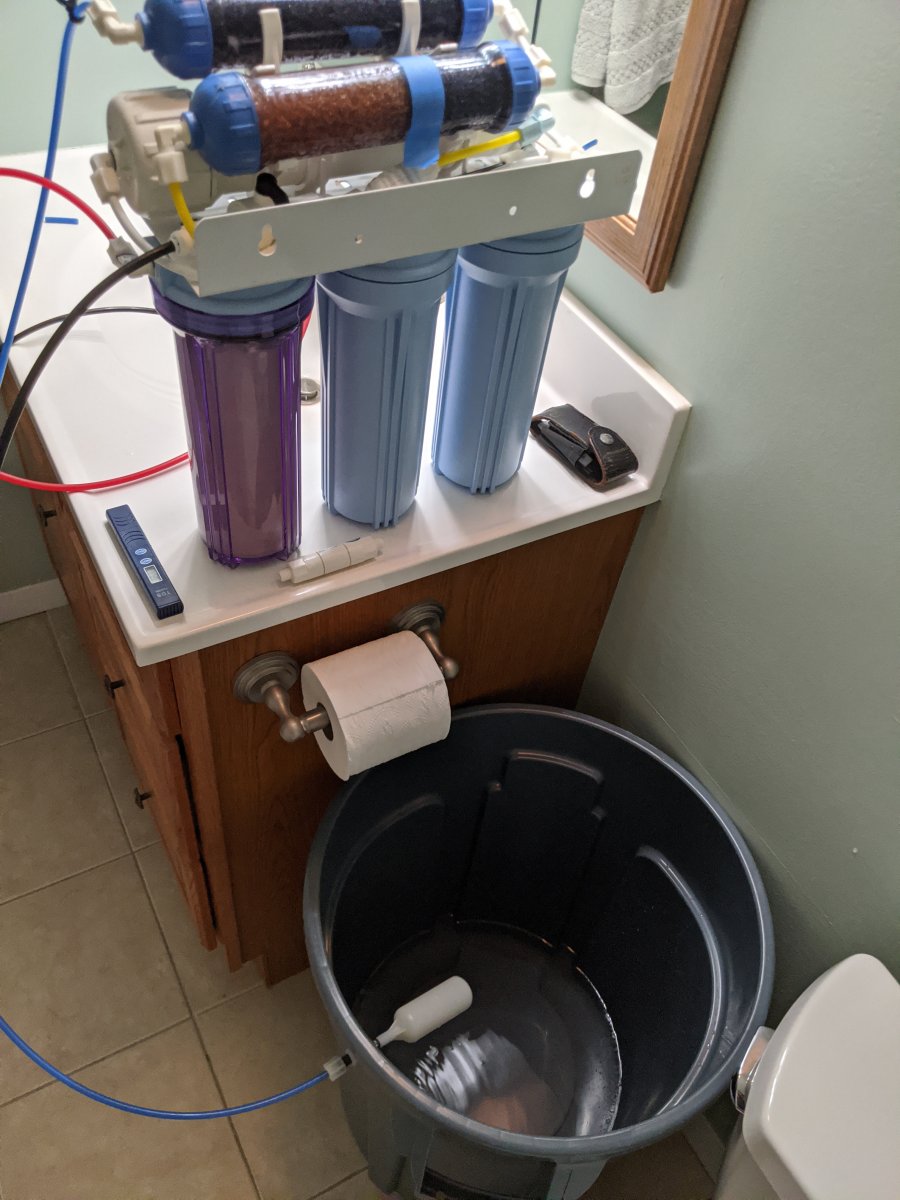 At this point, the tank was set up and cycling.
Fast forward a month. The cycle had finished and I bought a pair of clownfish.
These clowns were in the tank for around a month and I noticed it looked like they had brook or something so I moved them into a quarantine tank 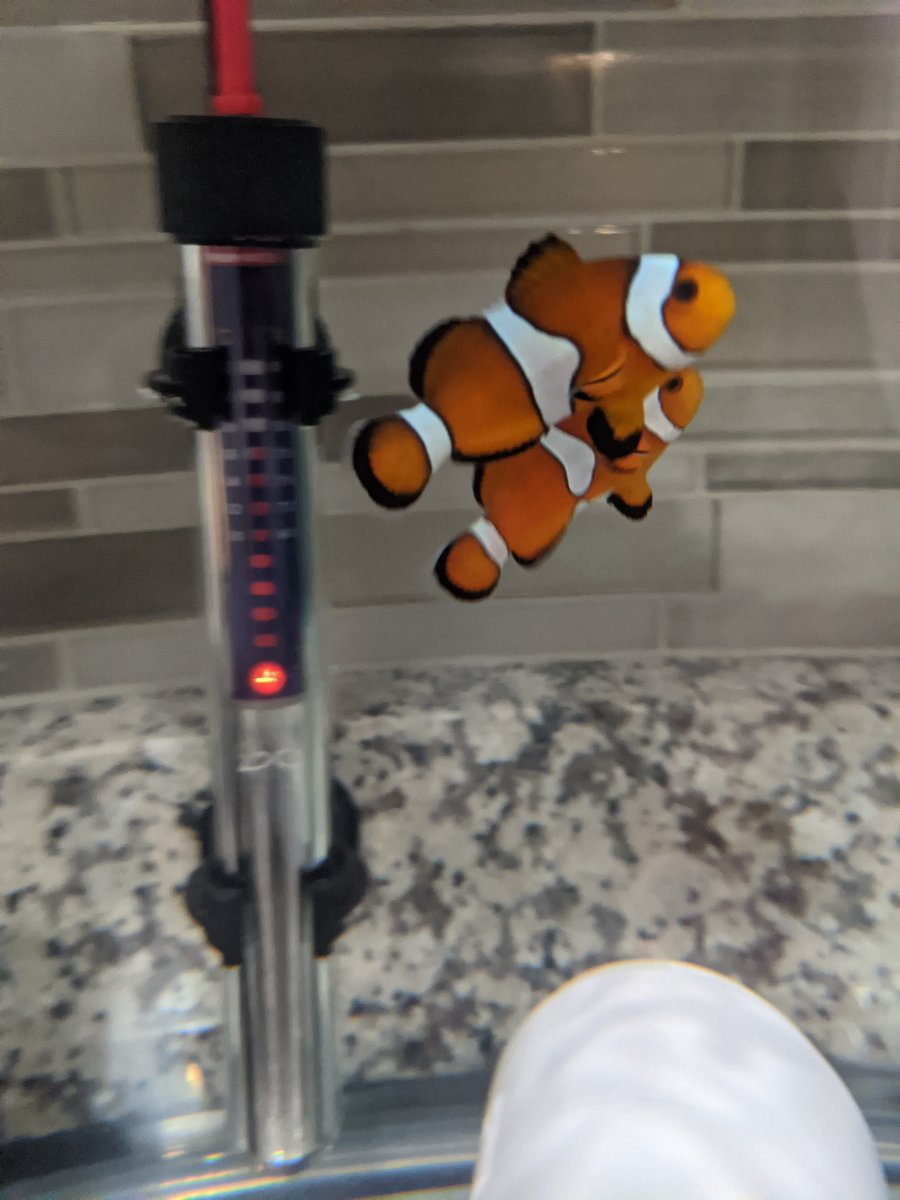 It was also around this time that one of my friends gave me my first coral. He told me it was a Chocolate Chip Monti. Which now (a year later) is encrusting the entire left side of the rock that its on. I think it looks more like Montipora confusa, but I'm not sure 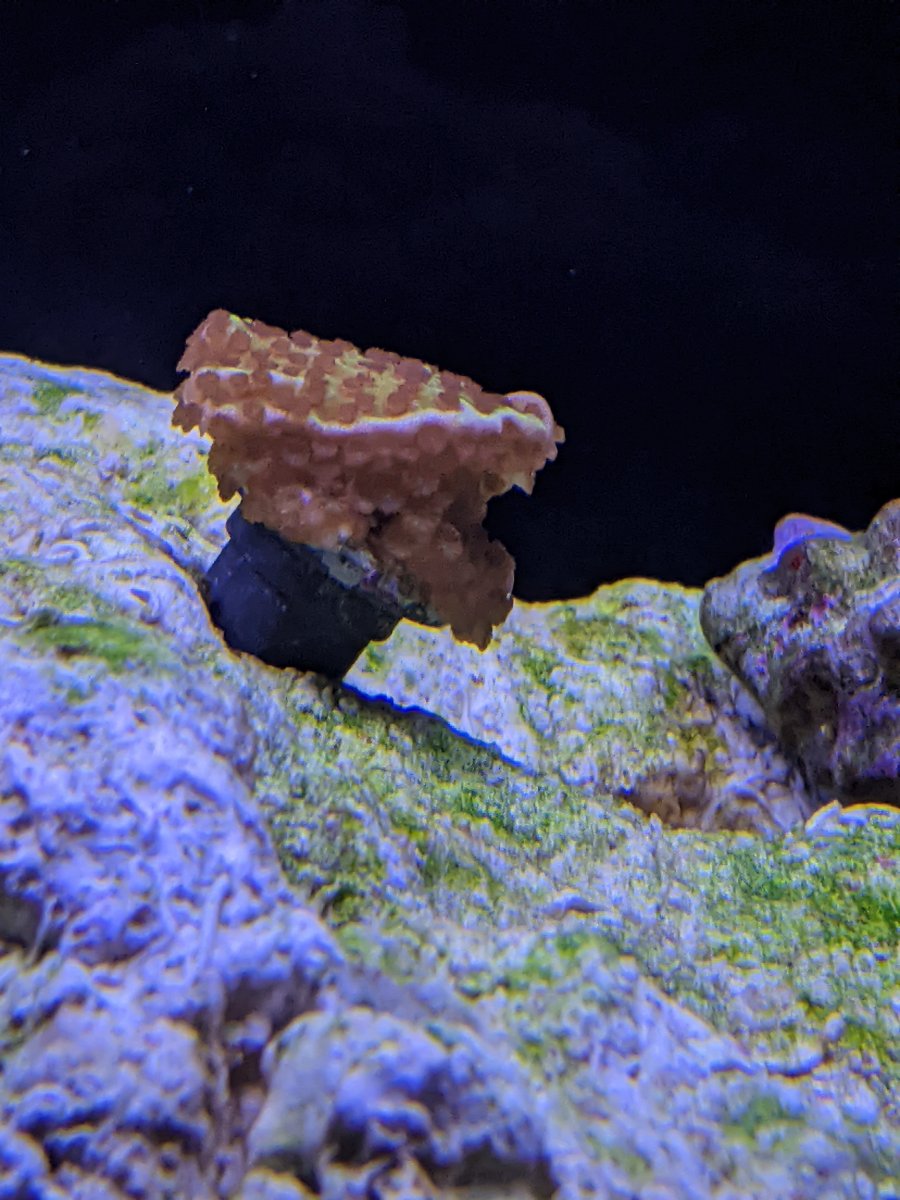 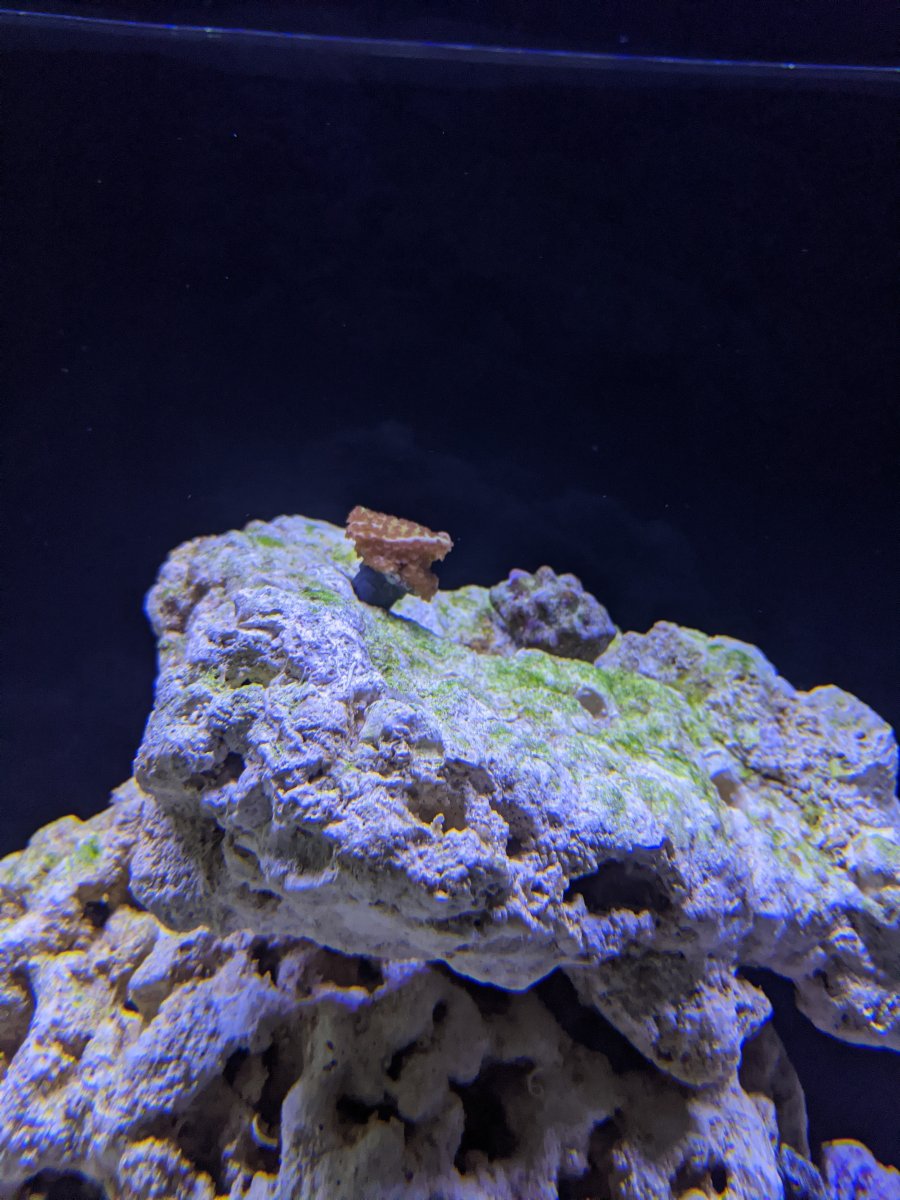 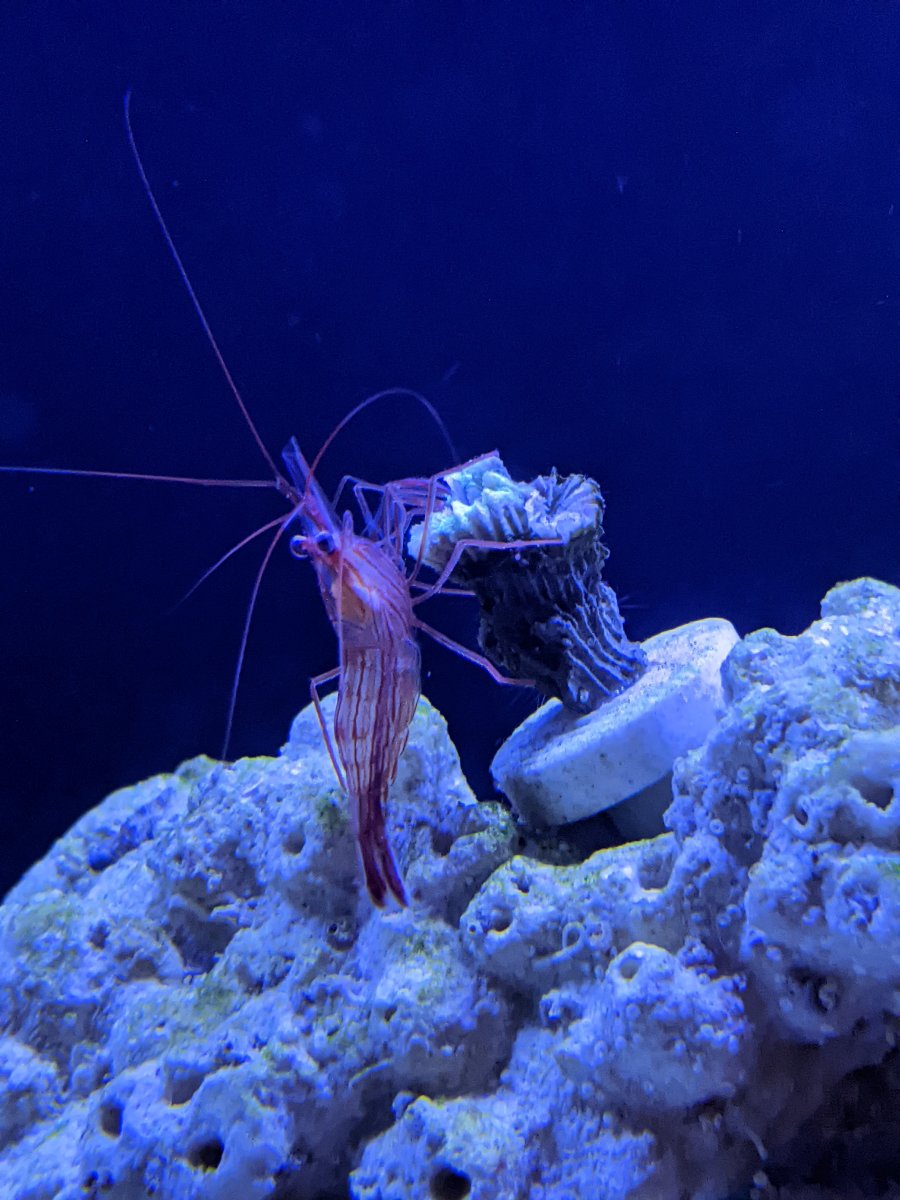 The clowns were moved back to the tank after their treatment and I got a few more corals including a Duncan, GSP, and a blue-green mushroom 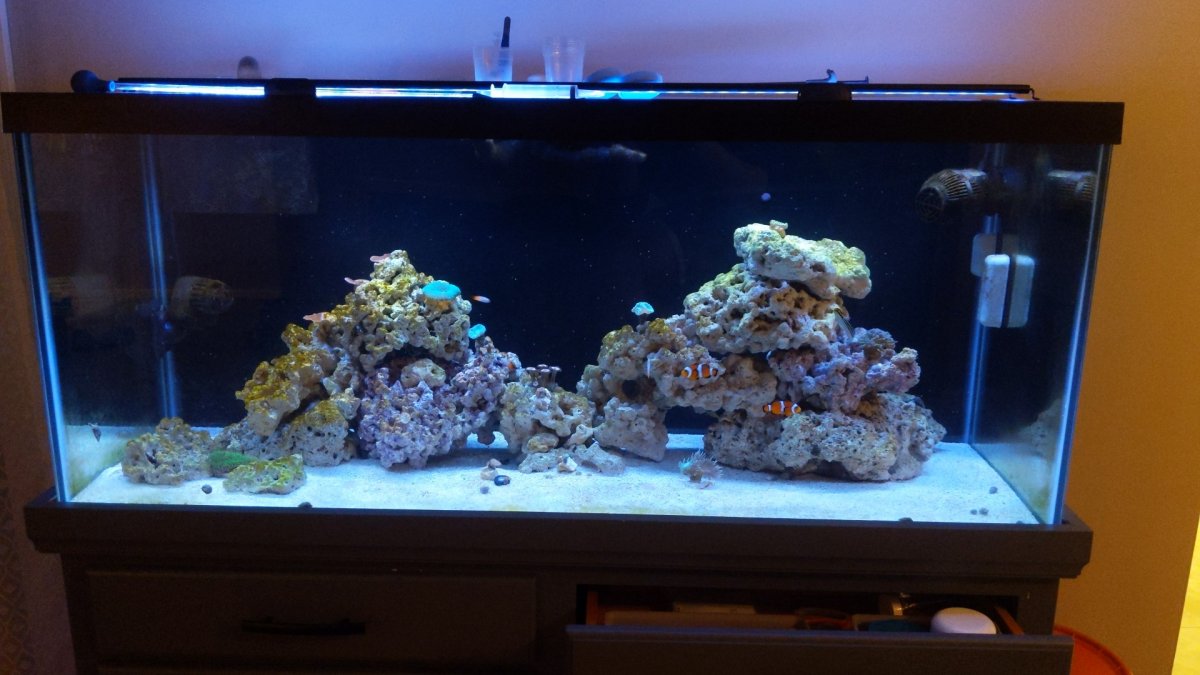 For lighting I was using a cheap 48" led bar made by current USA. It was definitely enough to keeps things alive, but nothing was really growing. I wanted to upgrade my lights, so I designed a basic canopy that held 4x 48" T5HOs. I bought the retrofit fits from BRS and build them into the canopy. I don't have many pictures of that build, but here is the final result. 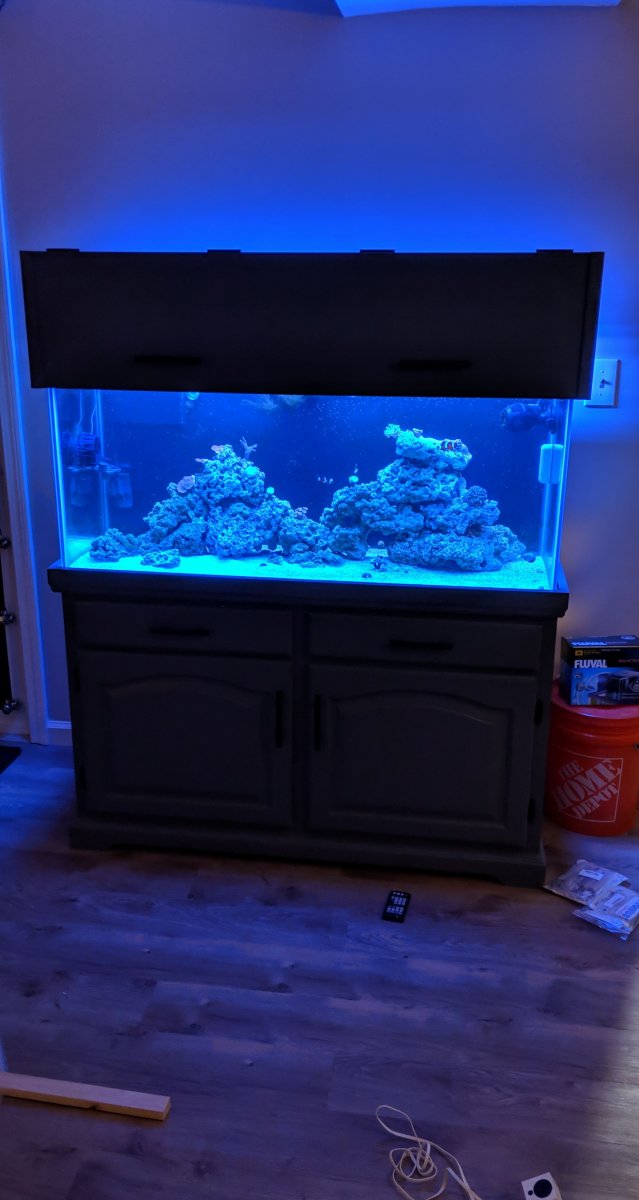 Since upgrading to T5s I have seen massive improvements to my corals. The colors, and how fast they grow.
So May of 2021. Yellow tangs were at all time highs. But I wanted one. I kept looking at local groups, facebook, tank breakdown sales.
I had finally found one. He came from a tank breakdown from in a nail salon, they were renovating and needed the tank and livestock gone asap. I helped him move the tank and he ended up giving me the yellow tang for free. After 18 hours of acclimation (his tank was slightly low salinity) he was finally in his new home. 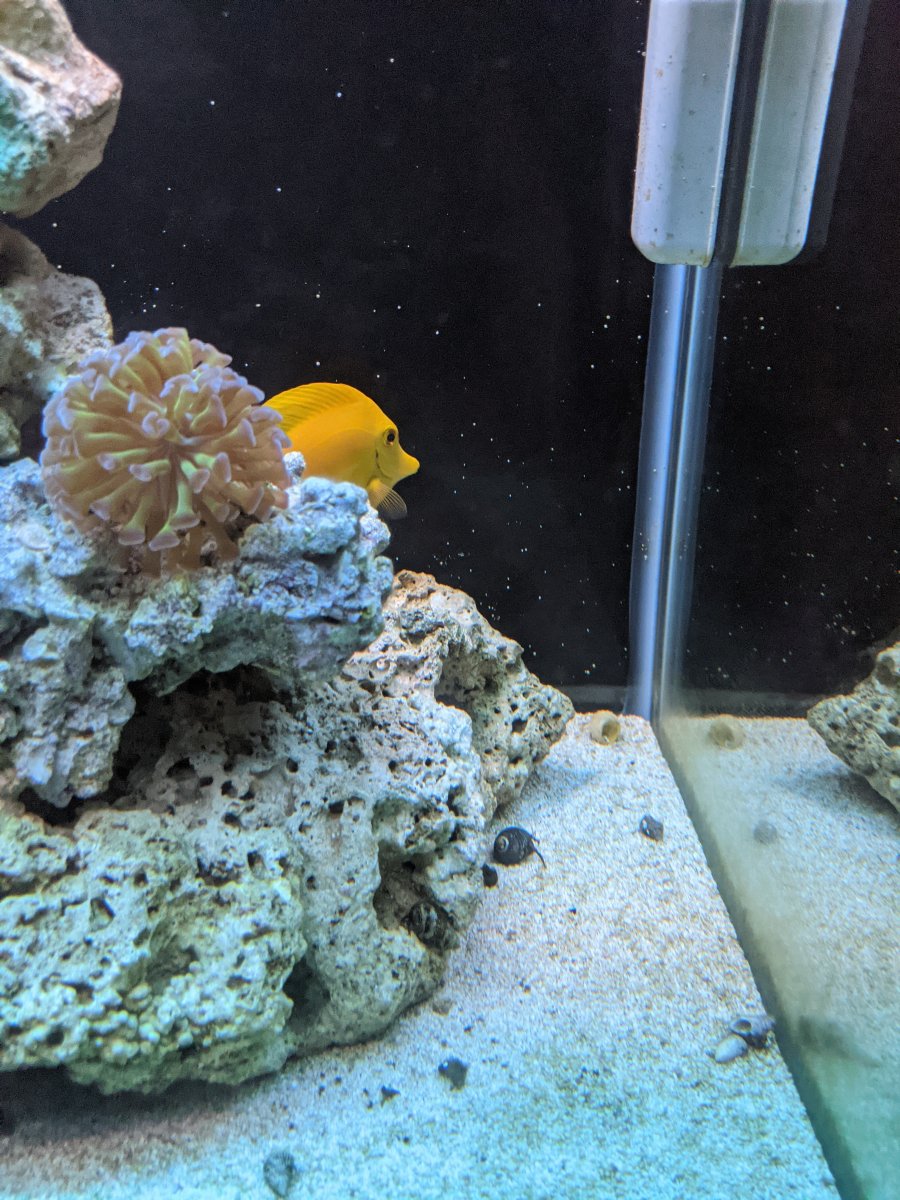 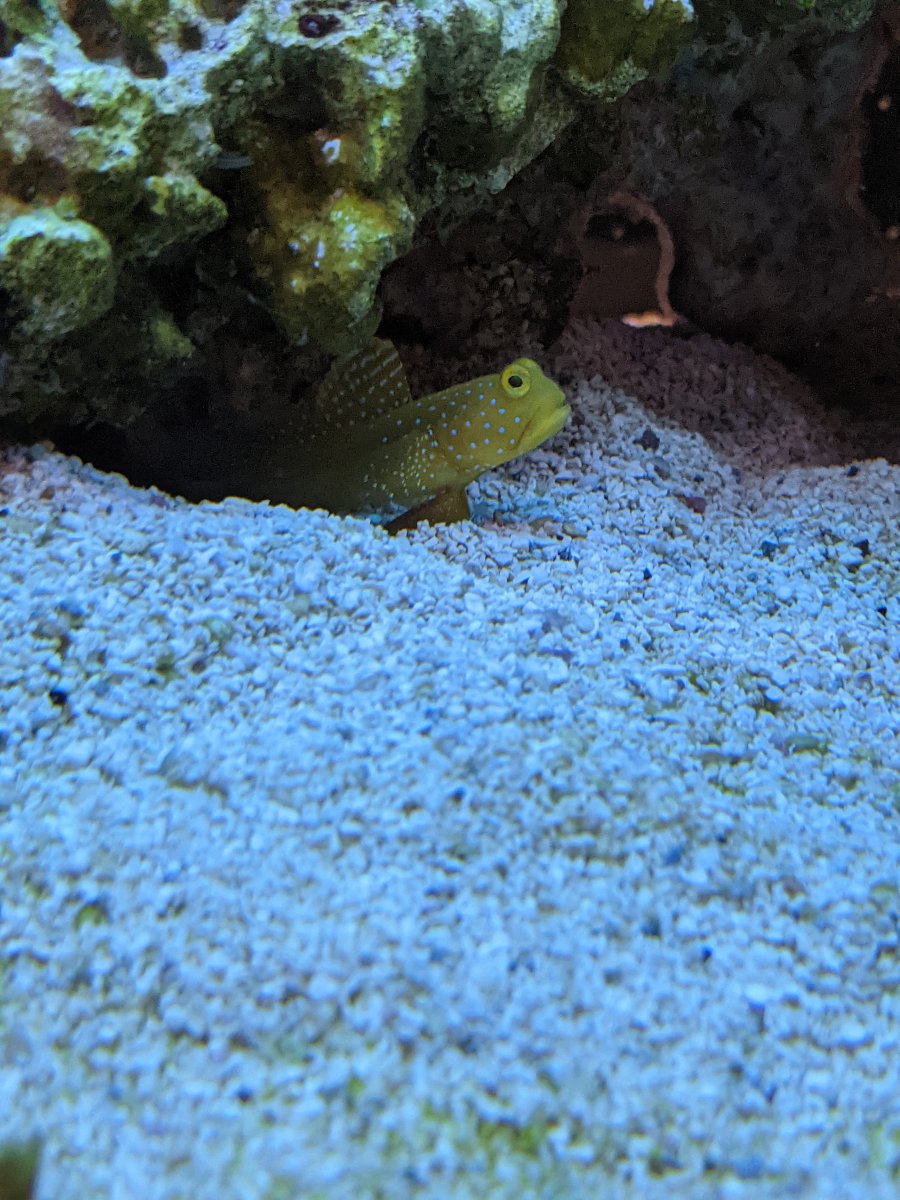 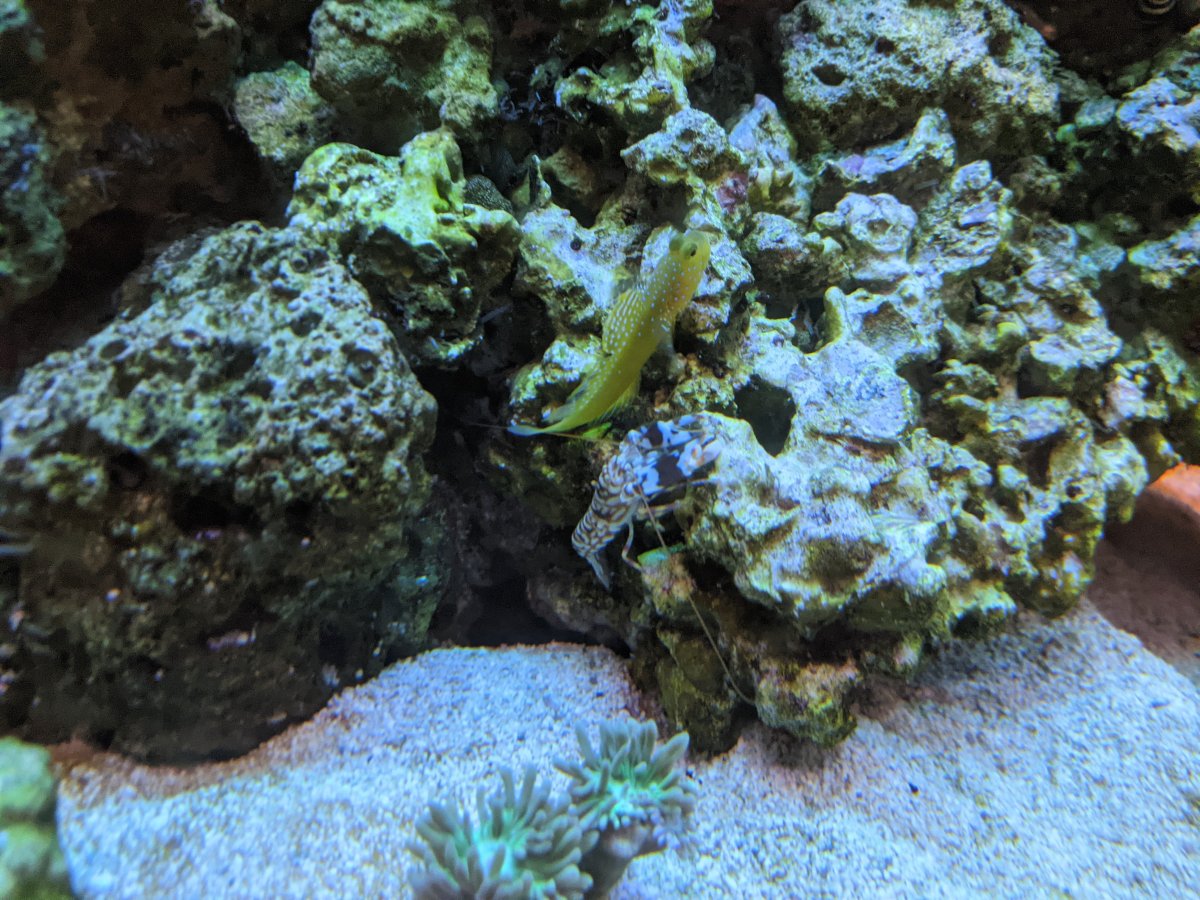 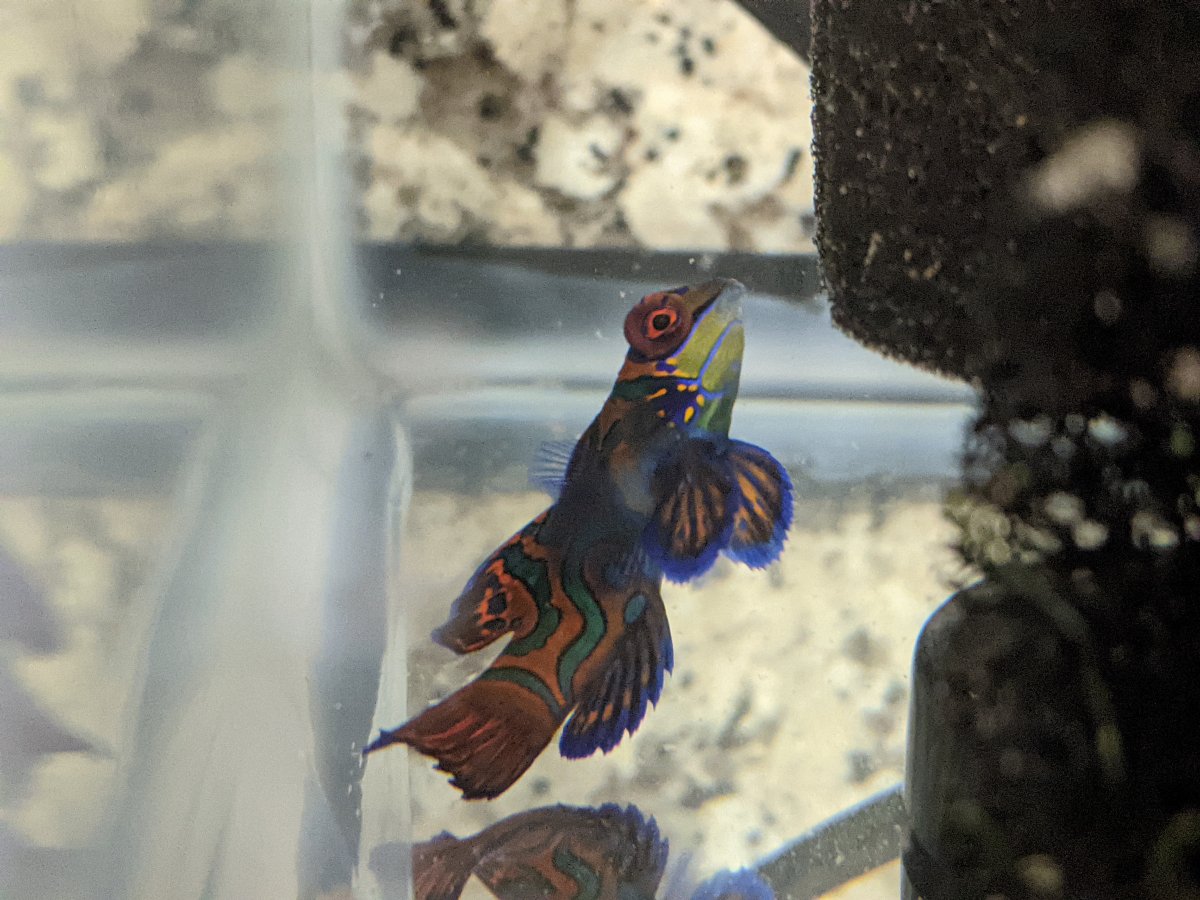 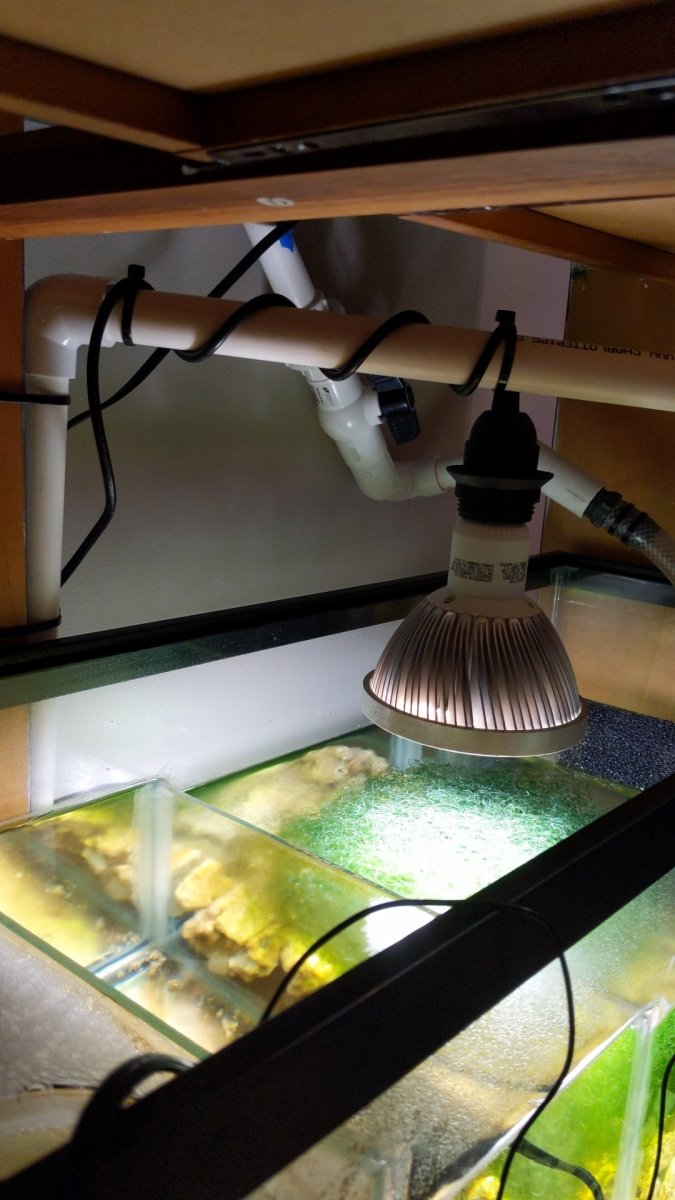 I need to take some new update photos of my tank and some of my corals because looking back its shocking how small some of frags I got were.
Current stocking is:

Lights:
Heater: Nothing special, I think its a 200W I got from Petco
Skimmer: Reef Octopus 150INT (which I really don't even think I need, refugium takes care of most phosphate and nitrate
Return Pump: The Jebao DC. Might be the DC-4000?
Refugium Light: An LED outdoor floodlight bulb in an Ikea socket. Works VERY well
Wavemakers: One is a Reef Power RP-M which is really like, and the other is a Hydor (I think) which is not controllable which I don't like very much

Hopefully I will update this soon with some more photos of my corals. I want to post a few '1-year growth photos'