Well I guess it's time for me to finally start a build thread. I'll start off with a brief history of what led me to my current tank. I always loved animals over my life, I had every kind of pet you could imagine. Chameleons, snakes, turtles, cats, dogs, rabbits, and bugs. I never really considered fish until my mom's boyfriend at the time moved into her house with his 55gal freshwater tank. I fell in love with it, watching the fish for hours when I visited. It was at that point I decided I wanted a fish tank of my own.

Since I decided to start a saltwater tank, It's been a long journey starting back in 2012 with my first 60 gallon sumpless FOWLR. Over the next 6 years from that tank I learned a lot. I ended up building a DIY sump and adding a couple soft corals. I moved twice in this time span and my same tank moved with me. Sadly I don't have any pictures that I can find from this time frame. It was a time without auto cloud picture back-ups and my old phone is long gone. It wasn't until my recent move in February of 2018 that I wanted to apply everything I learned over the years and buy a proper reef tank set-up.

I left my old tank set-up and running at my old place until I could get the new tank built. I bought this set-up because I planned to eventually add a Apex and dosing system to run a full Triton method. Of course after a move and limited budget I started with the basic things needed to get a tank running to move all my livestock over until I could afford the rest. In this initial build thread post I"ll start with pictures from that first month of moving in(02-18-2018). 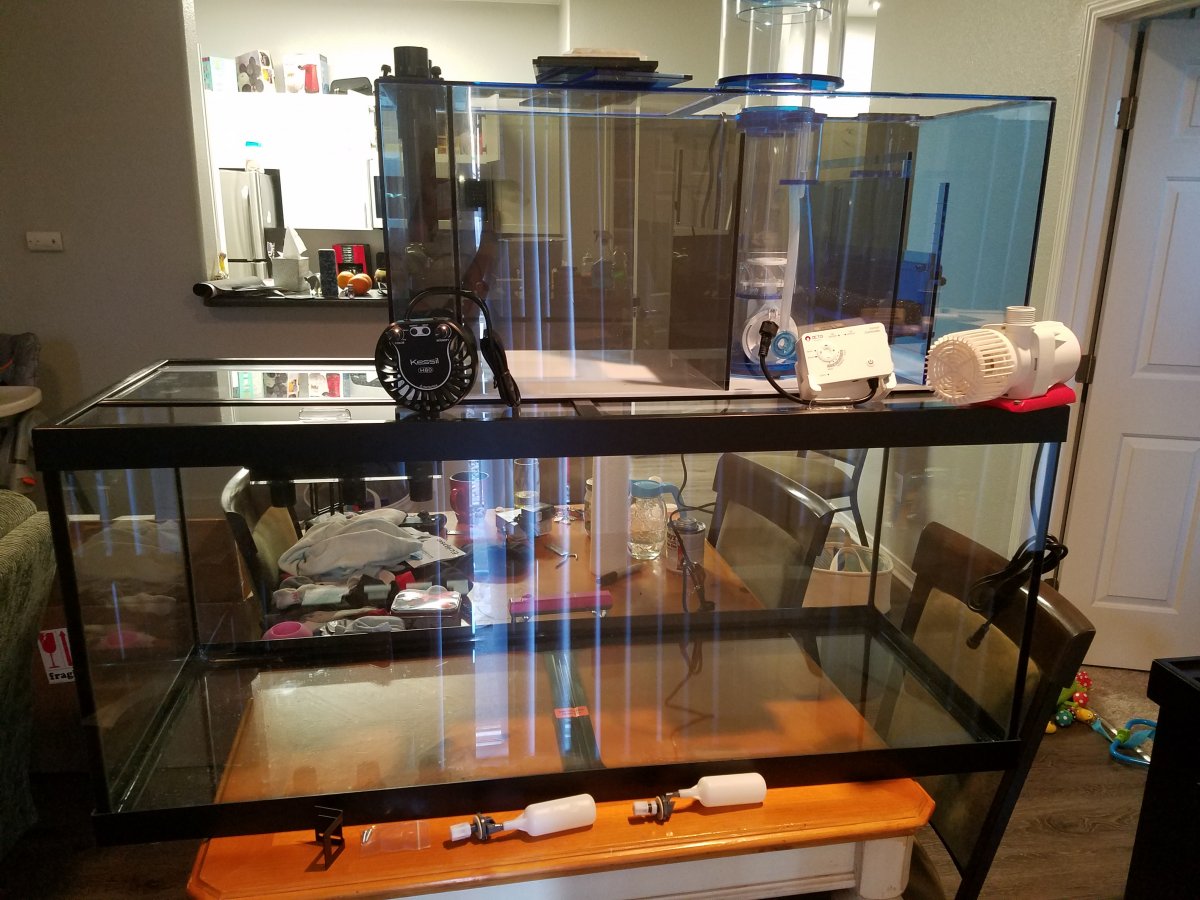 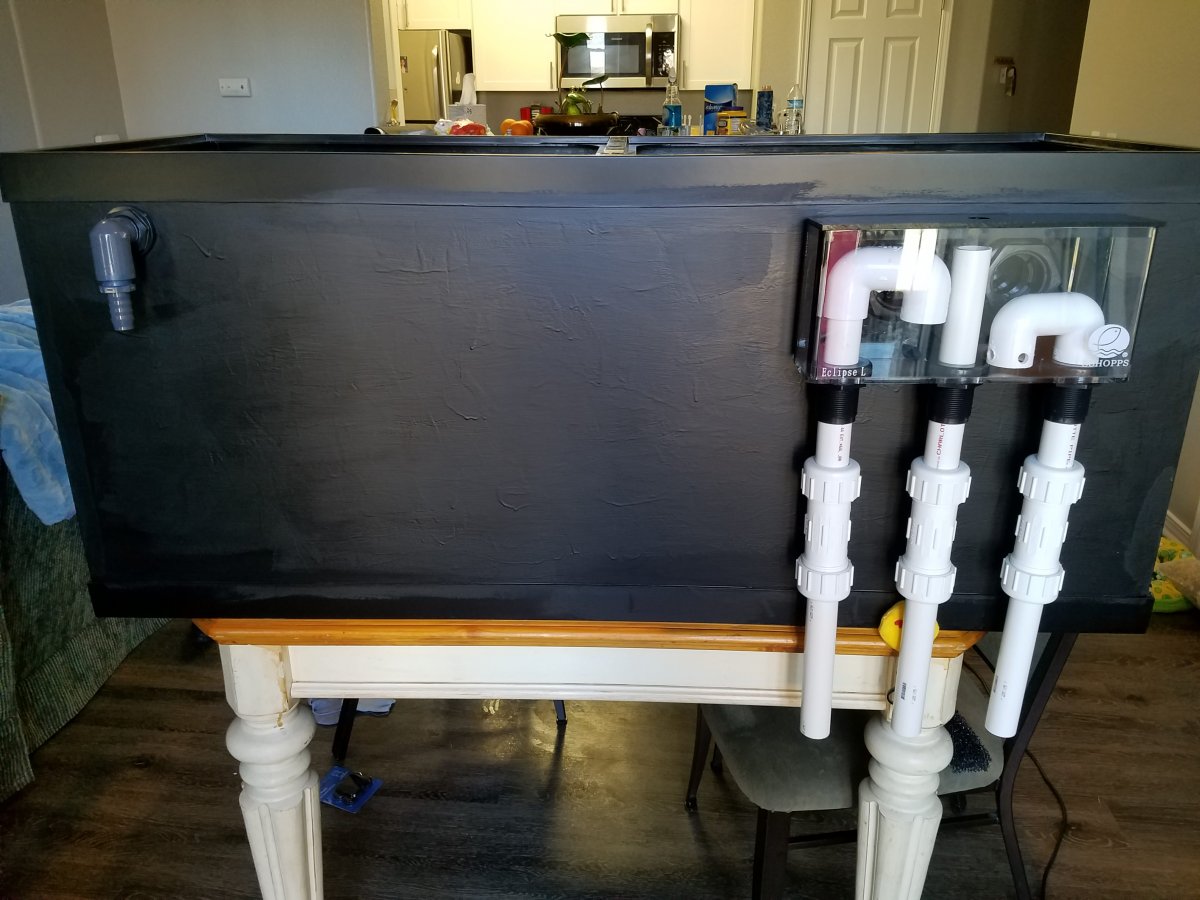 Painted the back flat black, drilled holes and mounted overflow and return. 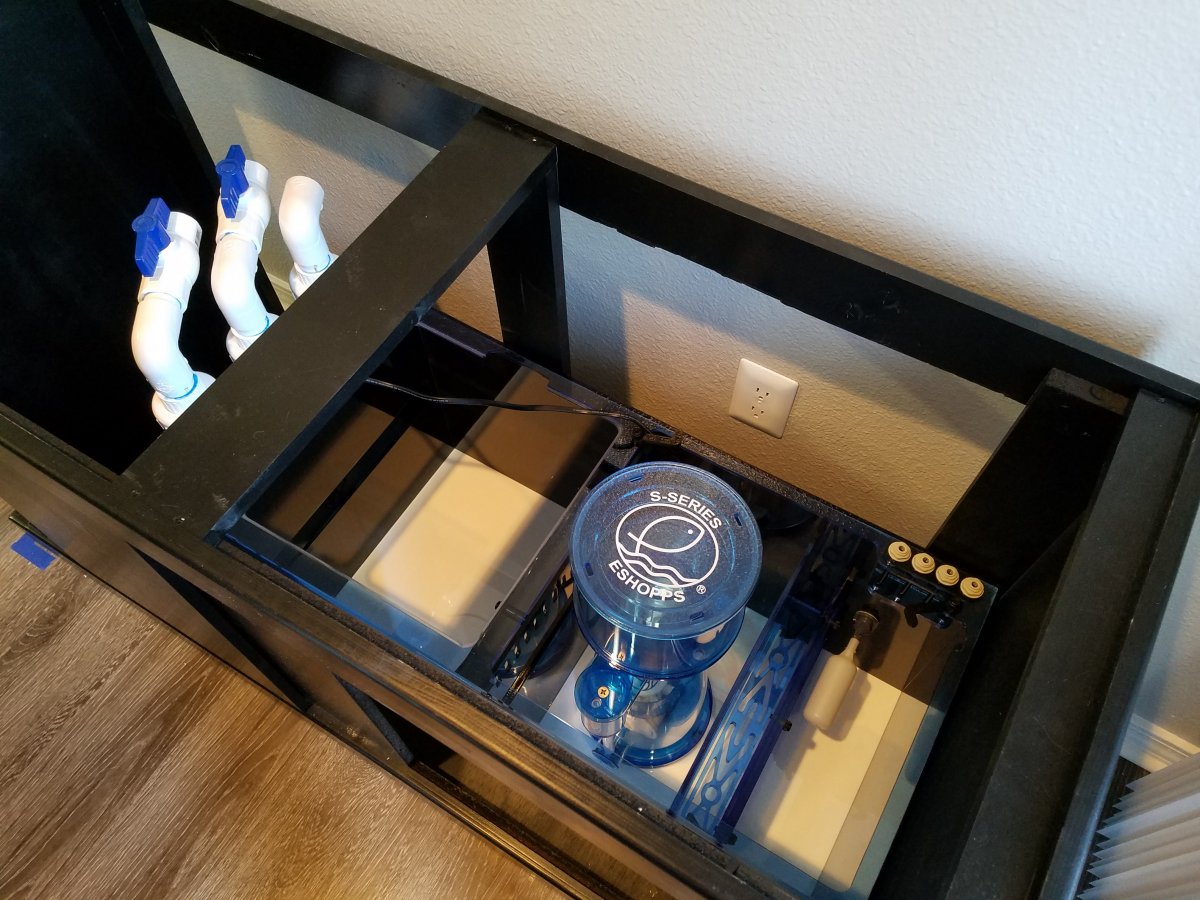 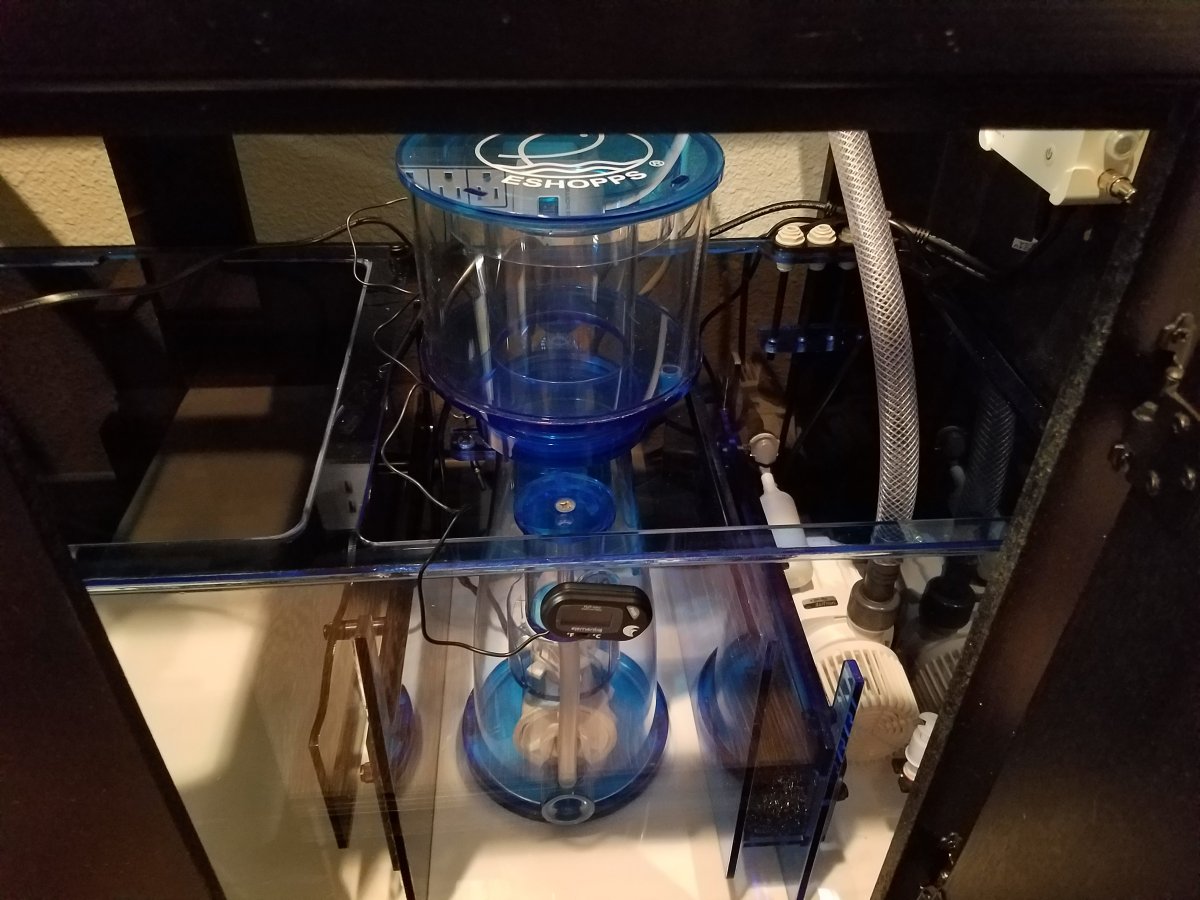 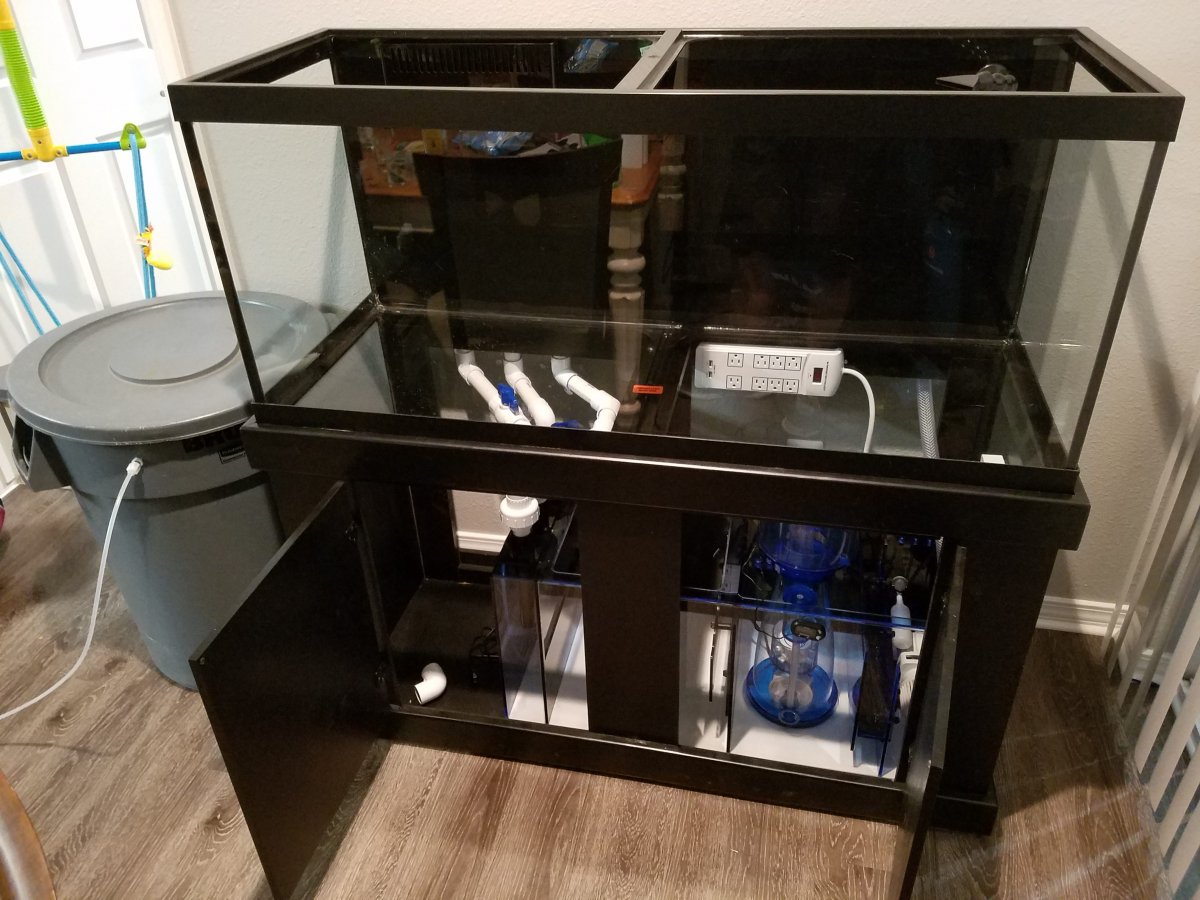 Temporary power strip mounted. Connected overflow piping. Mixing 30 gallons of fresh salt to add into system along with existing salt water from my old tank. I will be bringing in my old rock and livestock in several buckets and trashcans. I'll use most of my old tank water along with the fresh water for a total system volume of 100 gallons. 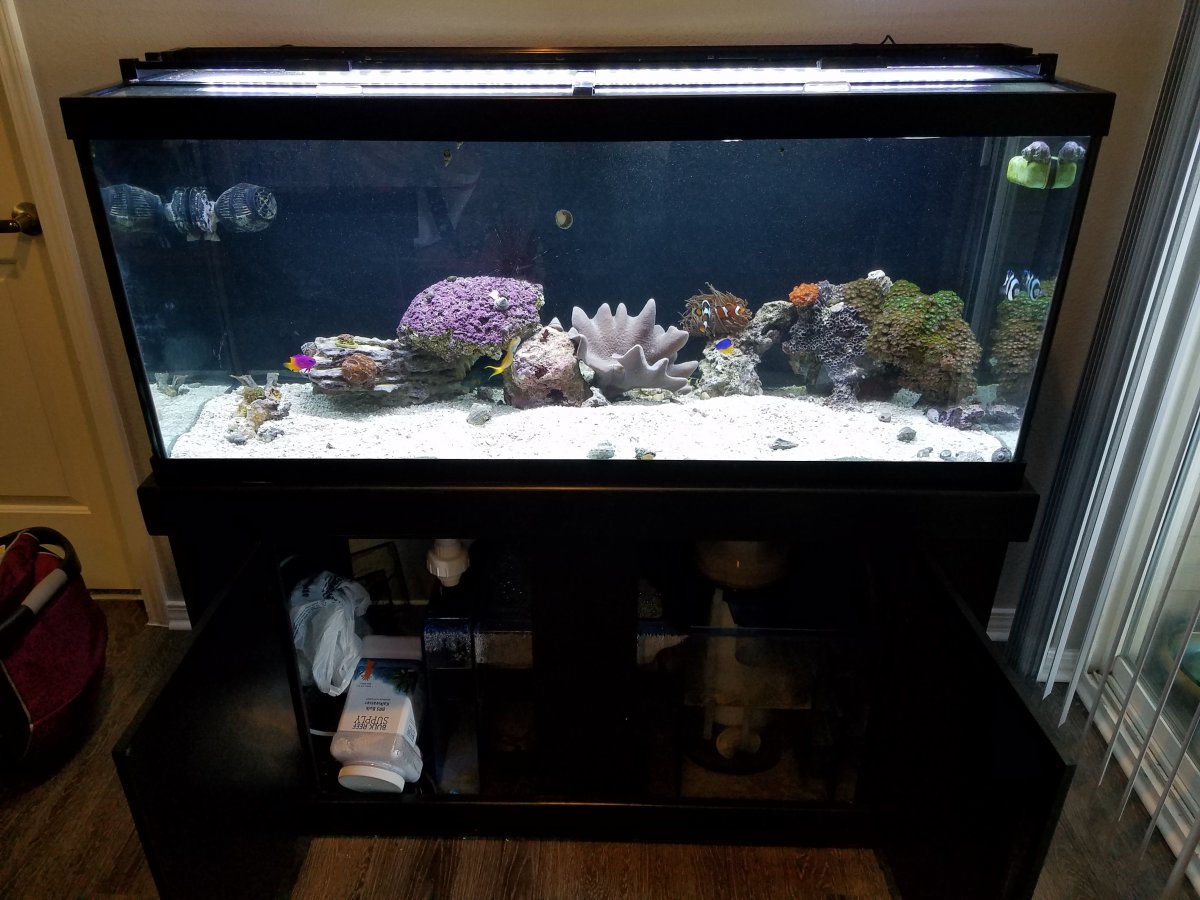 I added about 80% new cleaned sand mixed with sand from my old tank. Dropped the rocks and livestock in the tank in a span of about 4 hours. All livestock lived and seemed stress free. The move went much more smooth than my previous moves over the years. I brought over my old light too, it is way under powered for a glass top. Something I didn't realize when I took this. I ended up replacing the light down the road. 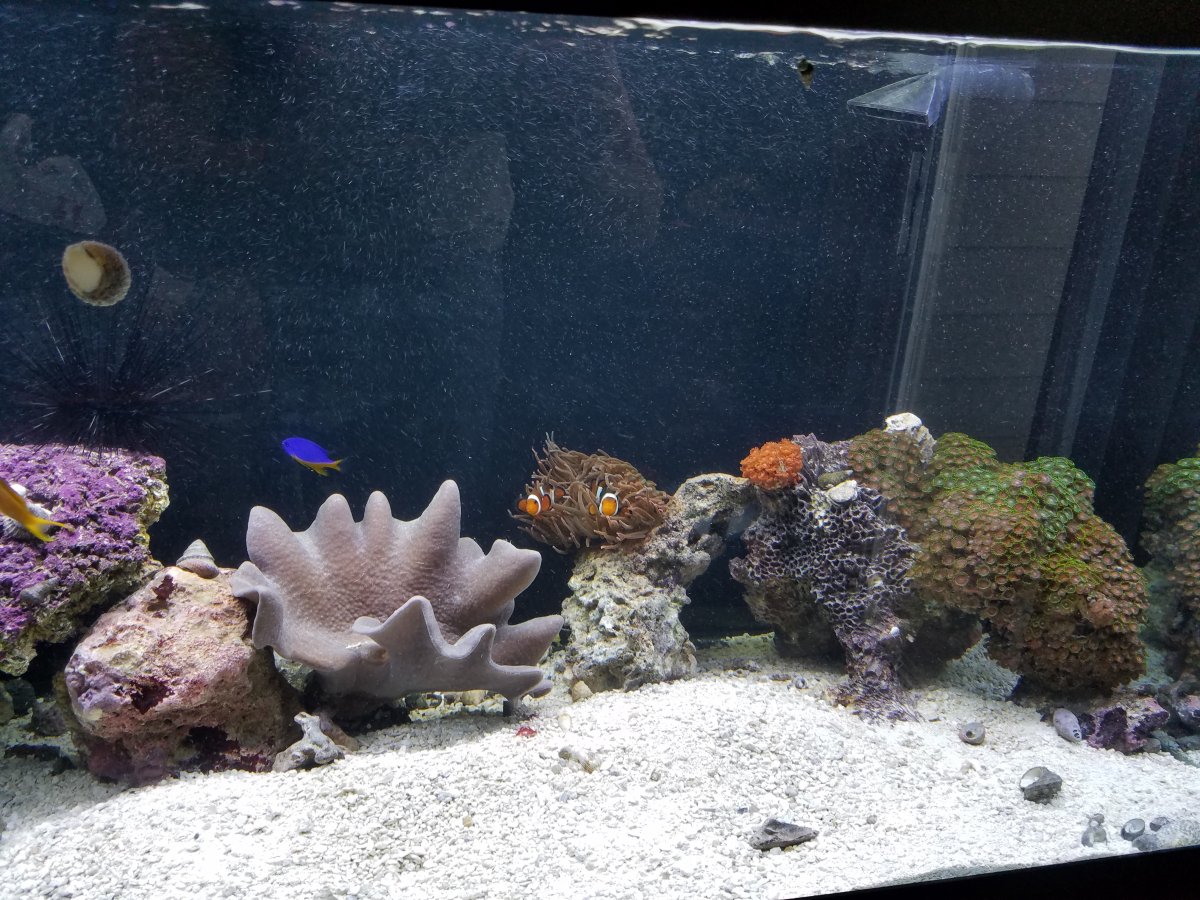 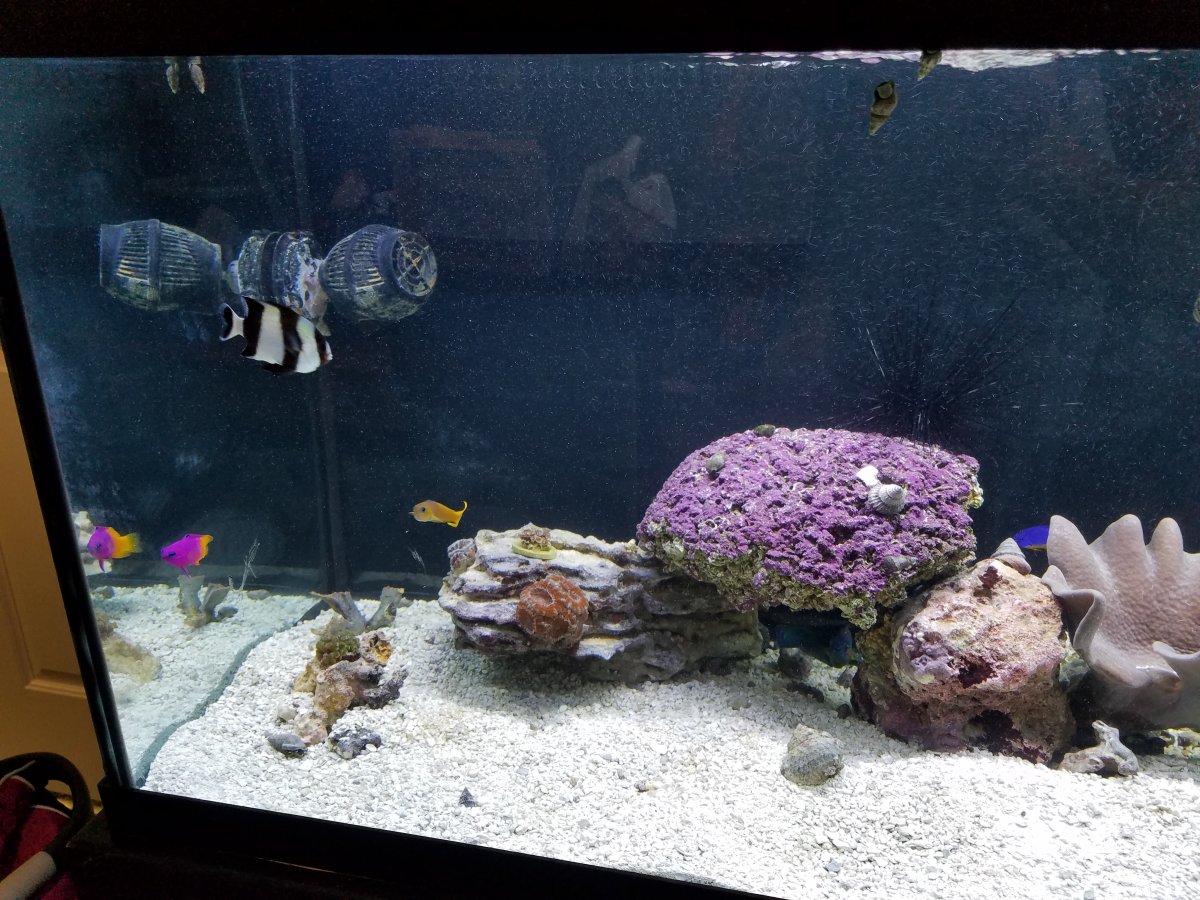 Shots of the livestock.

I'll be posting other pictures from down the road as the tank evolved from this initial build. Time for lunch though

I wanted to add an apex soon after my move but after learning a glass top with a under-powered light was a recipe for disaster. I had to save over the course of a year to afford a new light, apex, power head, ATO and screen top. My tank over this year grew a lot of nasty stuff due to the new sand and lighting issue. I even had a tank crash due to a bacterial bloom(caused by a skimmer overflow) that starved my tank of O2, and I lost all my fish This event is what caused me to take the plunge and get the apex.

The skimmer overflow was caused by the return pump being put into feed mode without unplugging the skimmer. My mother was feeding the fish while I was on vacation in the Bahamas. She just simply forgot to unplug the skimmer and she felt terrible when I returned to all my fish being dead.

New lid from ClearView came in and looks great. I also installed my new Apex system, Maxspect Razor X R5 300w light and Maxspect Gyre XF330. The toadstool has also has been dropping pieces like crazy, I kept four heads and gave away another three.

I also decided to build a DIY ATO resevoir. I the pre-built ones on BRS wouldn't fit in my cabinet the way I liked. So I decided to maximize my space and build one to fit perfectly and get me more gallons. I bought the acrylic to match the color of my sump. I also added a optical sensor to text me when the water level is getting low. I got a used PMUP v1 for free. The whole build cost me $90.


My next post will be of where my tank stands today. I will include full tank shots, sump shots, ect
Last edited: Jul 18, 2020
OP

Been awhile since I took pictures of my tank. Gotta admit, wasn't really motivated as I'm battling GHA and aptasia. I added 12 berghia yesterday though, so that should help. Believe it or not, also most of the GHA I was battling is gone. There is still a TON left, but my entire tank was covered before. This last year has tested my motivation. I know everything i needed to do, but wasn't feeling motivated to put in work when I got home from work. The GHA out break killed many sps. Most of my acros and my favorite dragon fruit monti.

That all changed a month ago, I have been putting in work daily to get my tank back. I added some more acros as well. I'm posting pictures to document the progress I'll be making to get this tank back in order. 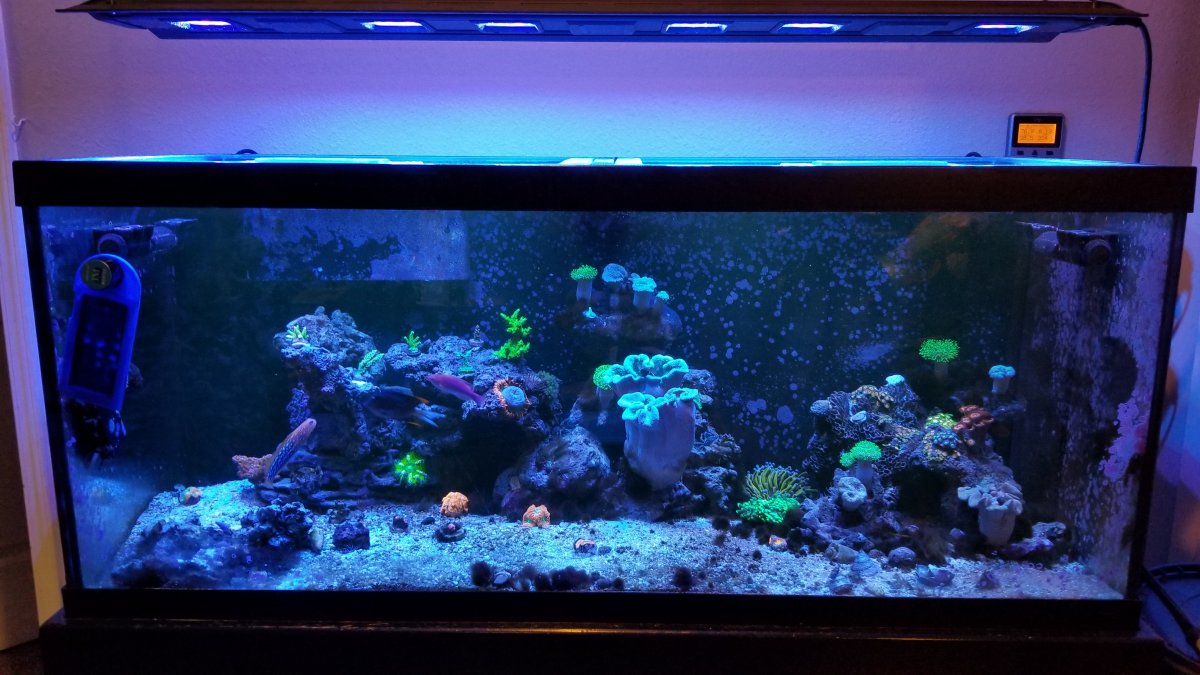 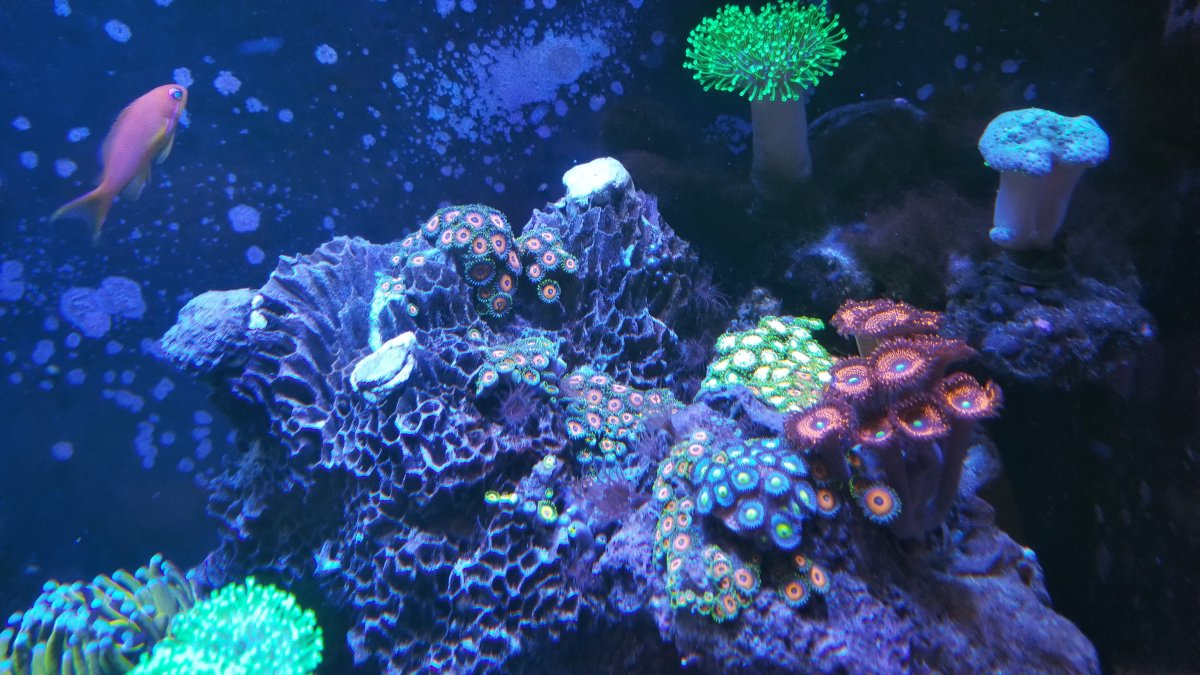 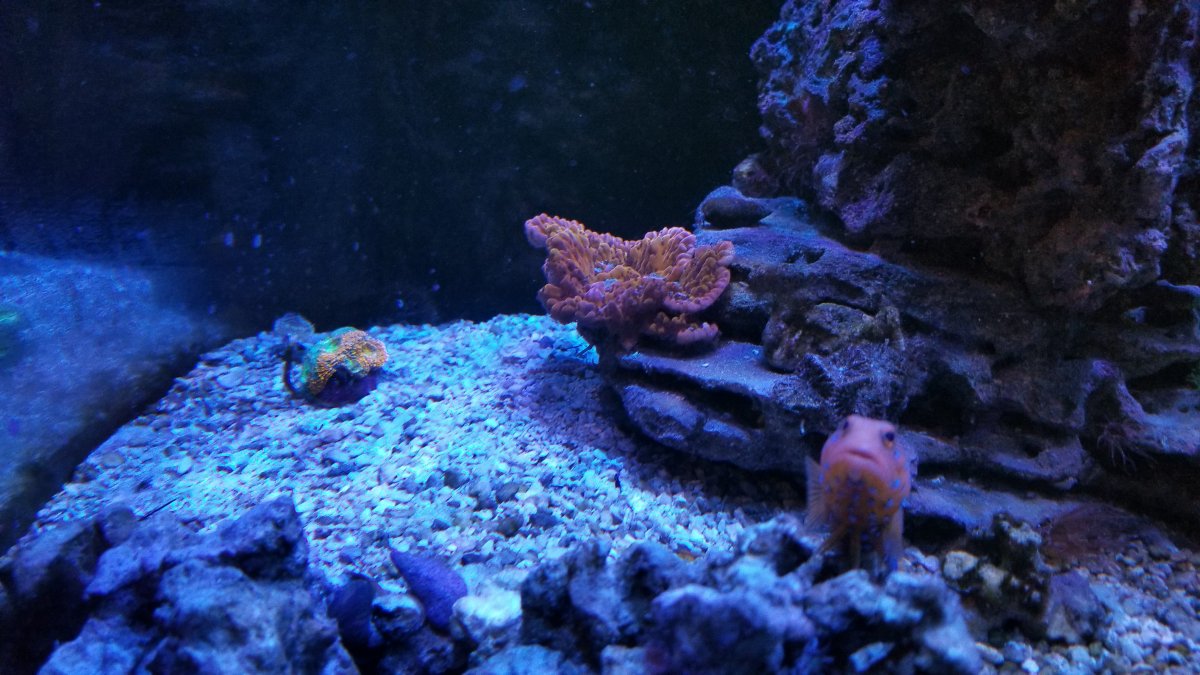 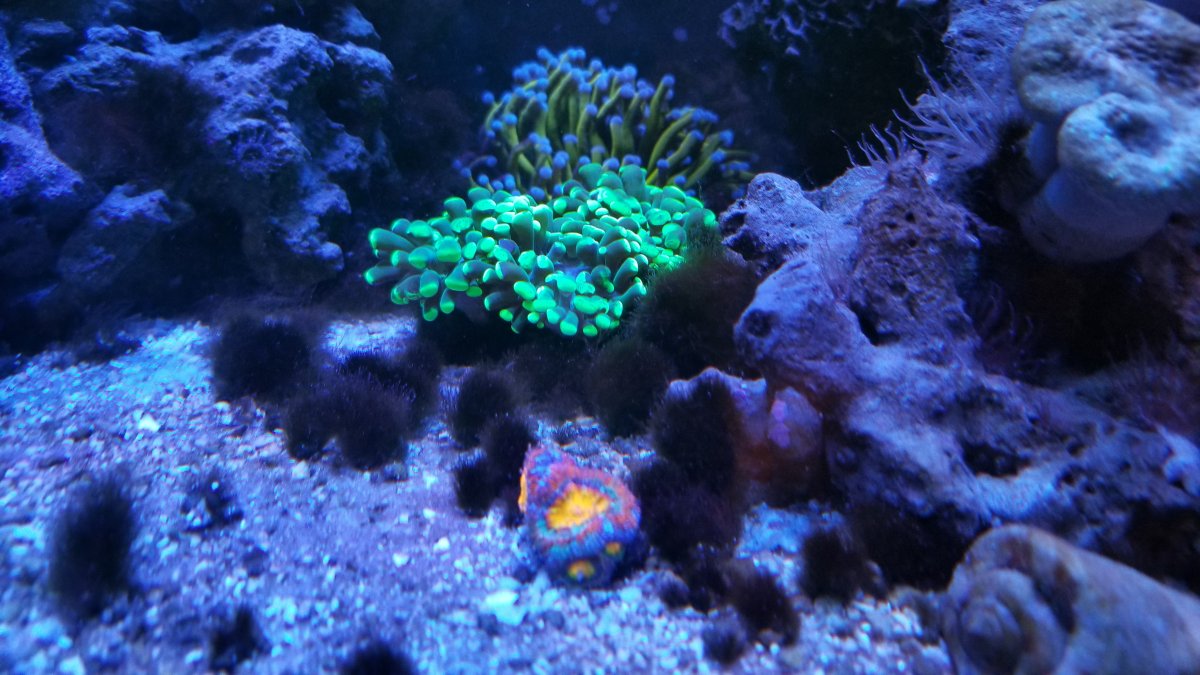 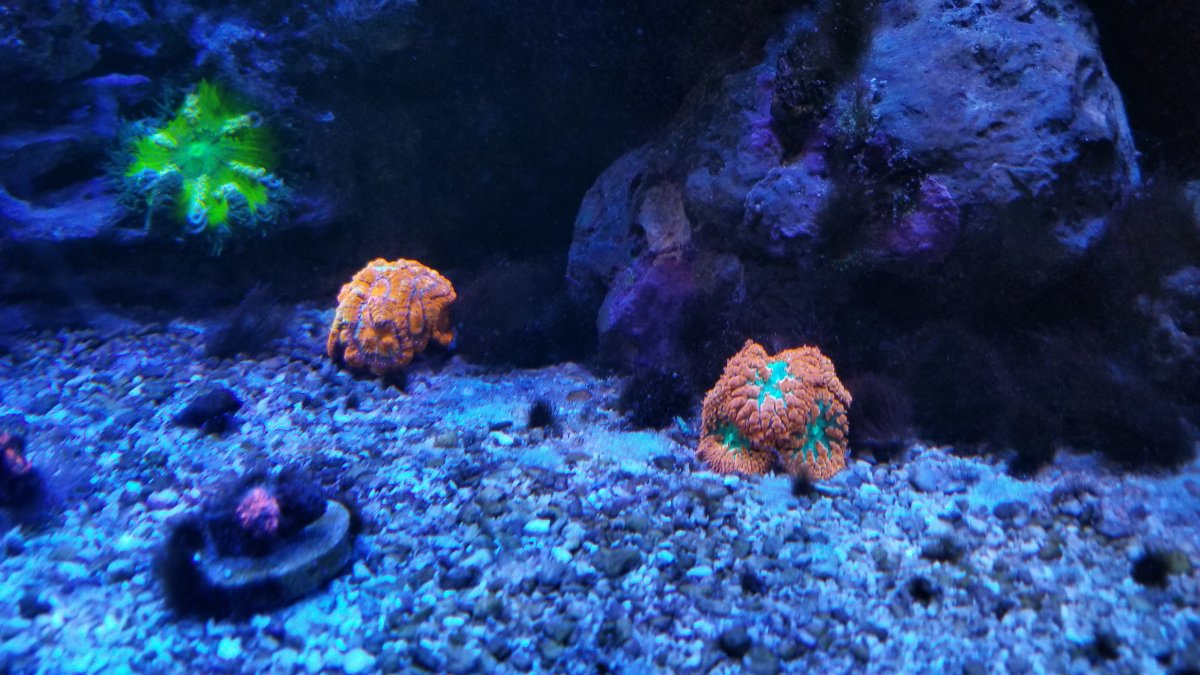 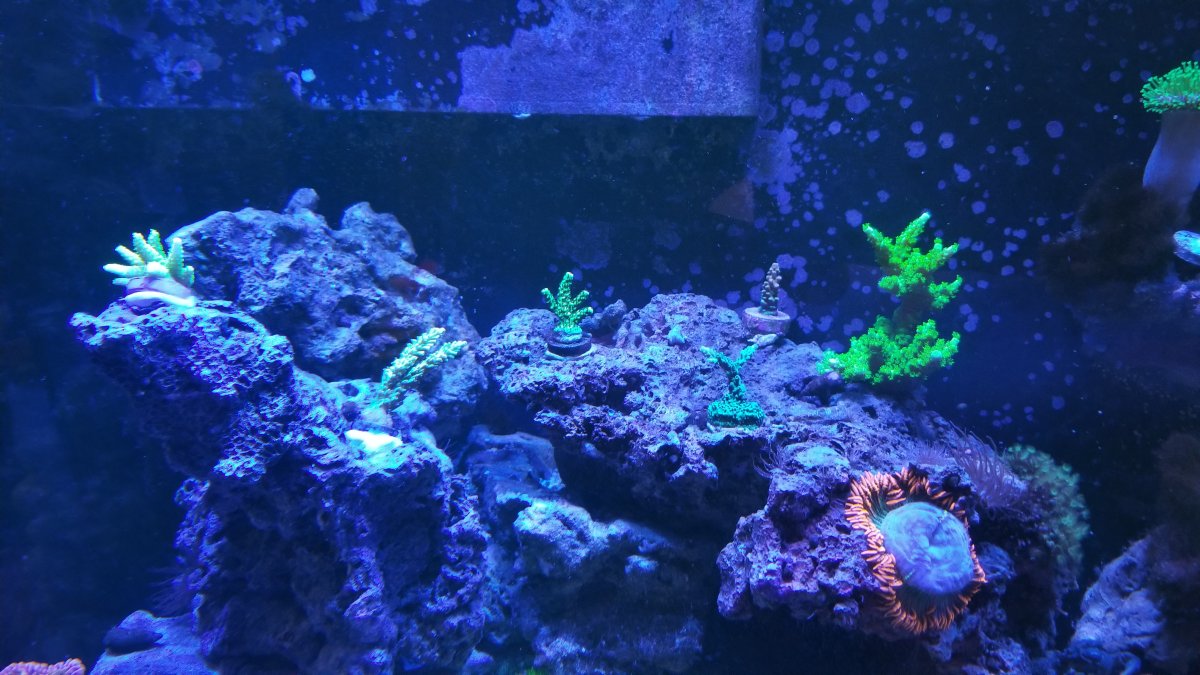 Started another build for my daughter. She really wanted a turtle for Christmas. So naturally, I decided to make a freshwater tank using the skills I've learned over the years in saltwater. Since I don't have much to update on my build thread for my reef tank(still battling gha/aiptasia and waiting for frags to grow), I decided to document my other build journey.

She didn't ask for all the bells and whistles that I'm adding, but I hope she'll appreciate it. After all, she just wanted a turtle. Not a ultimate freshwater planted custom aquascape lol.

I'm going to be using dragon stone for the main aquascape. Then I'll be using white sand with various large black pebbles mixed in for the substrate. Underneath that main substrate I will put a layer of fluorite for plant nutrients. I plan on cementing a couple of pillars to hold up a rock dock for basking. On top of this rock dock I'm going to create a waterfall for aeration. Since I'm using a canister filter, I feel this is needed in place of a ugly airstone. Underneath the rock dock with be a low light area that I will stock with cave fish. In the main area I'm planning on adding a school of smaller faster fish to outrun the turtle in various hiding spots.

I'm excited to see how it turns out. I'll be building the bulk of it this week to be ready for Christmas. Then I'll add plants and fish down the road.