Finally got past the uglies, and thought I'd post some build pics here to show off my progress. 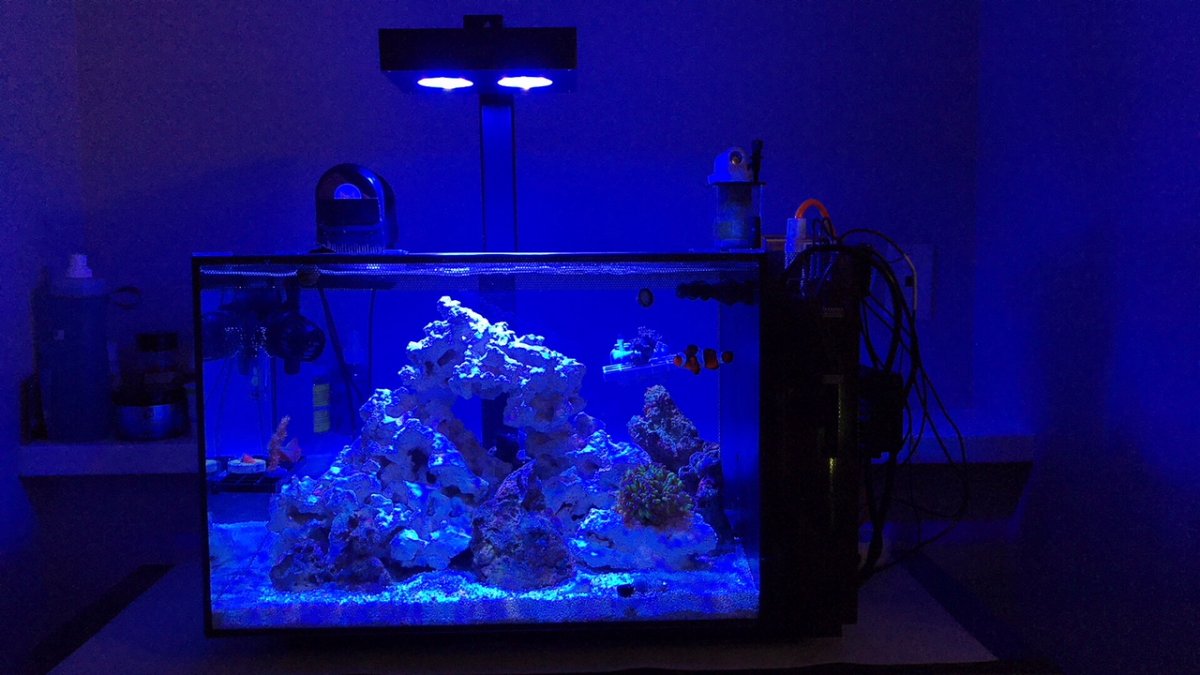 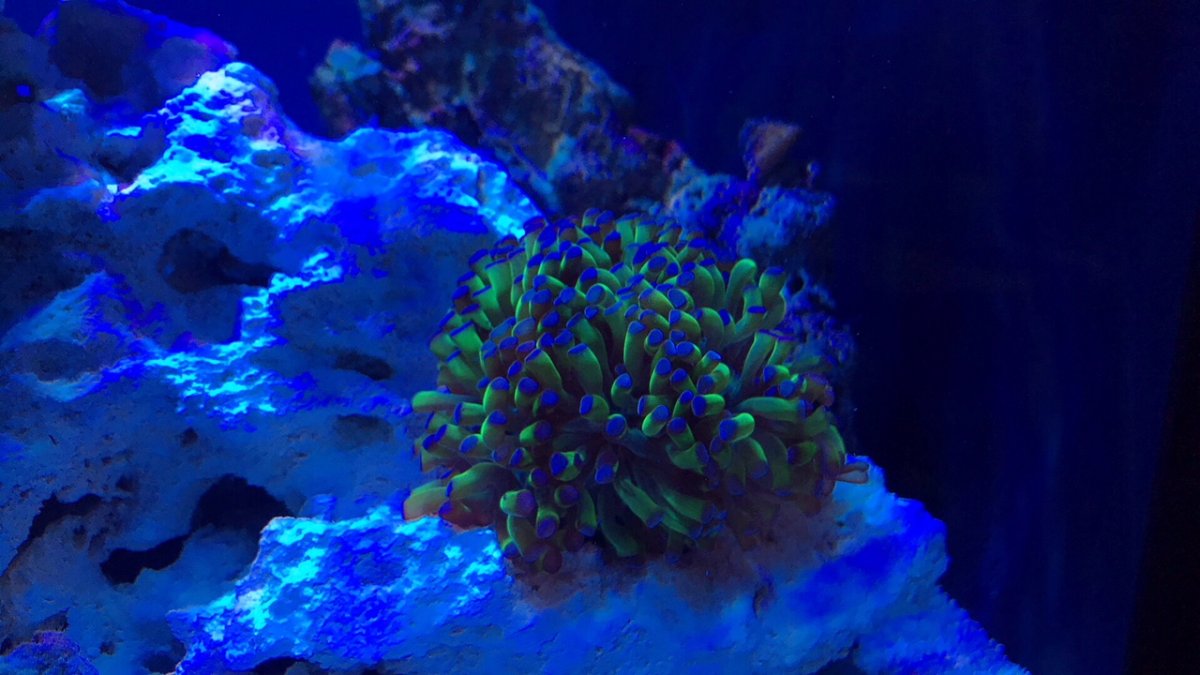 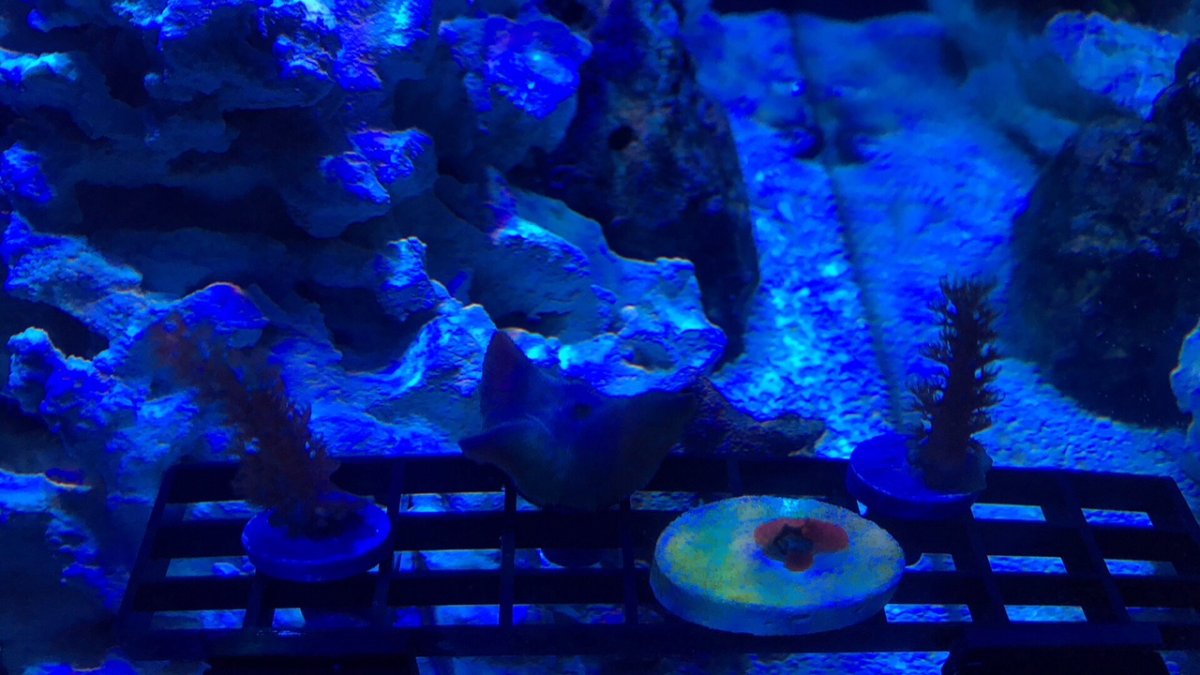 2 Kenya Trees, a red mushroom, and a blue mushroom 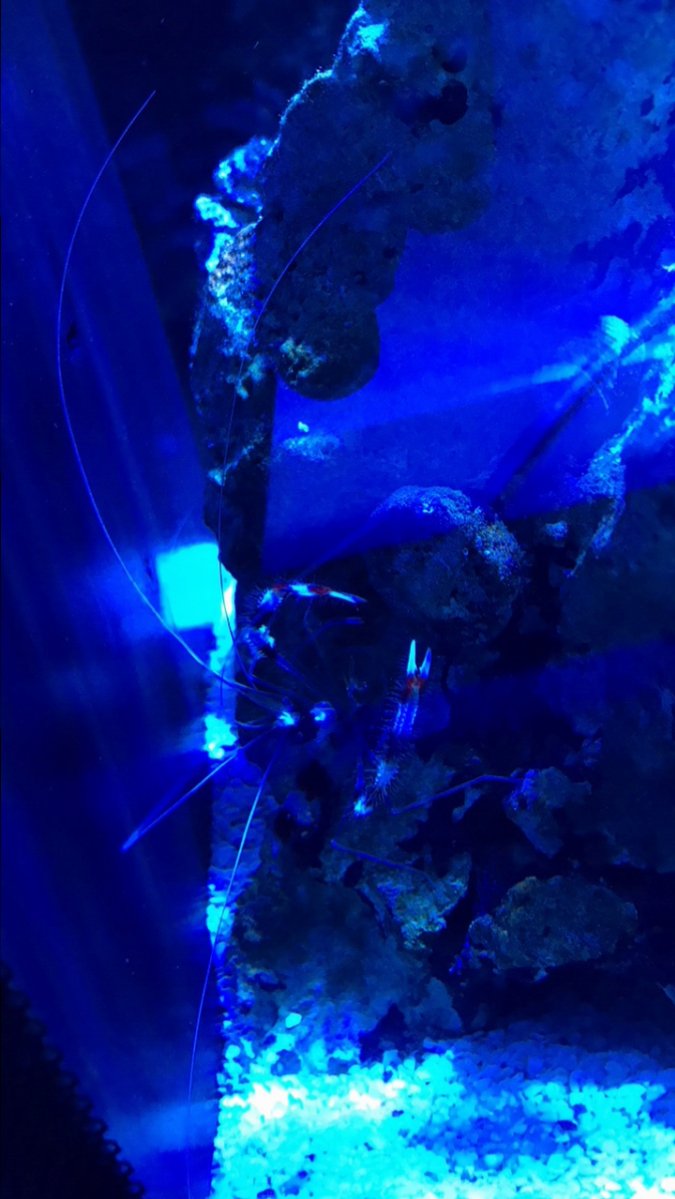 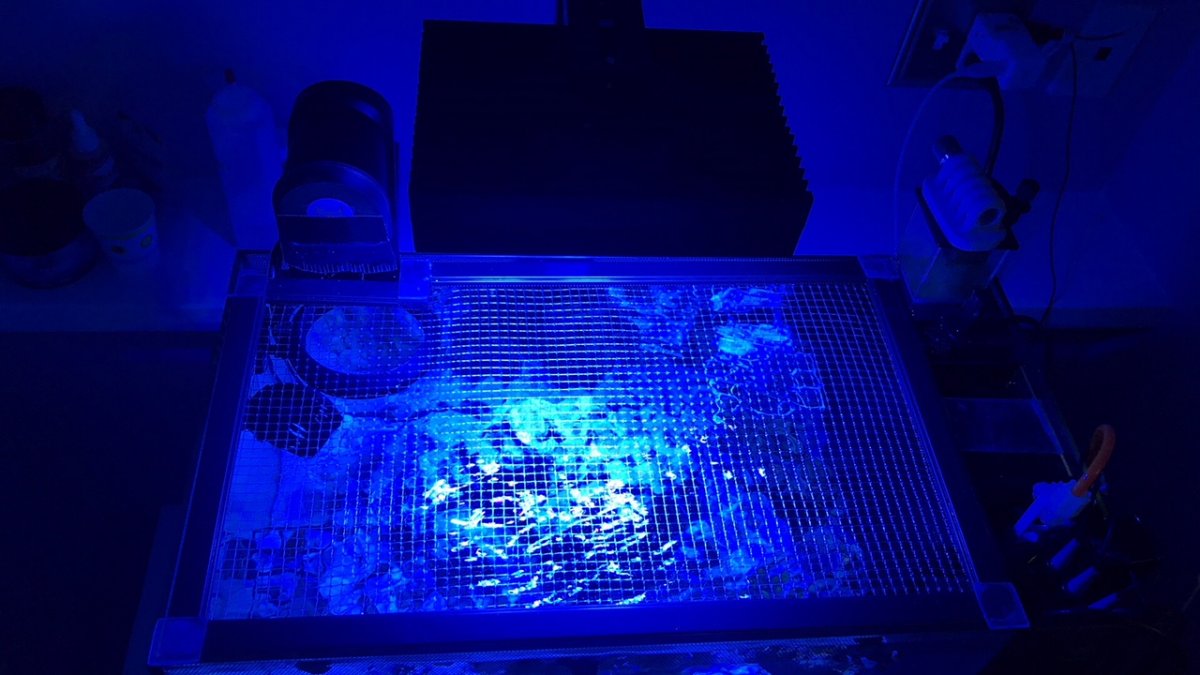 Top view showing the screen lid, and the setup of the AFS with the ring feeder.

Hi, very nice setup. I started out with a Evo 13.5, my light was a AI prime HD, and in chamber#1 I used an Intank media basket.

Welcome to R2R! Great start to your tank
S

your tank is insane nice job,,,, i have recently bought the 13.5,, a quick question is it better to have protein skimmer before or after the filter media
OP

stereef said:
your tank is insane nice job,,,, i have recently bought the 13.5,, a quick question is it better to have protein skimmer before or after the filter media
Click to expand...

My understanding is that you want the protein skimmer before the filter media, that way the filter and media have less to clean. Here's an updated picture of what the tank looks like so far without all the blue light from the previous images: 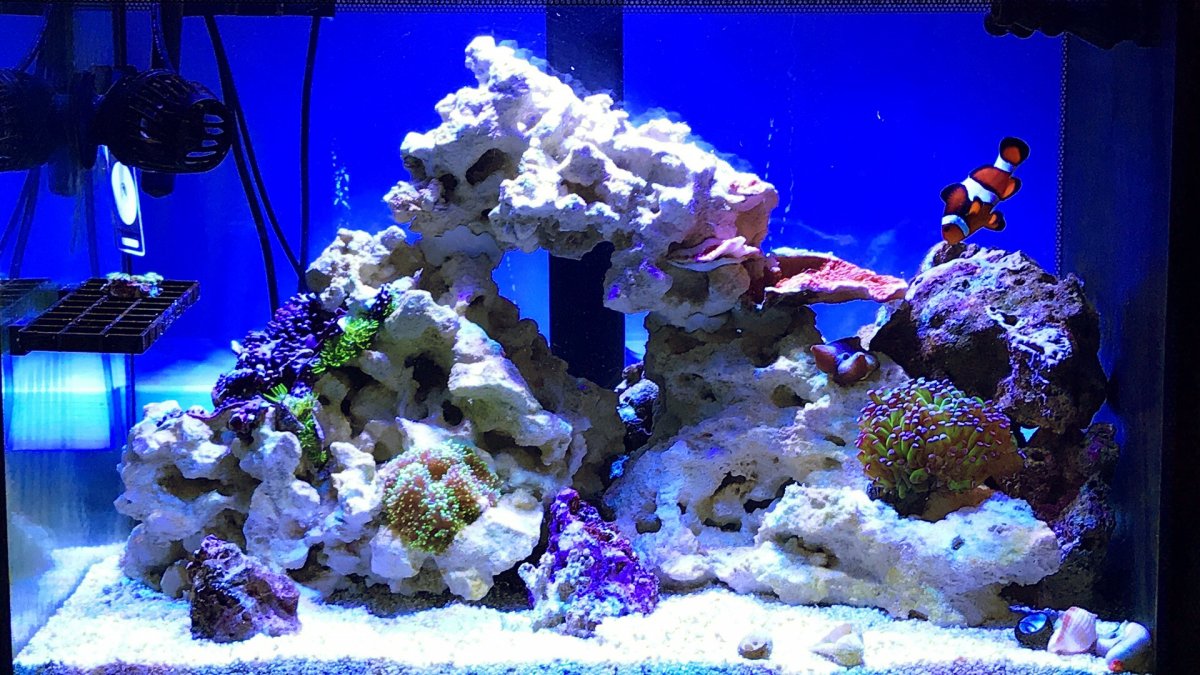 Here is my Fluval Evo. Just got into the hobby now I already want a bigger tank!
S

yes i understand what you said, but the way that system is designed is poor dont you agree, without upgrades it is very poor

This is wonderful. What settings are you running on your hydra?
OP

For the Hydra: I was originally running the settings from the Red Sea Reef-Spec document for hydra settings with the Hydra 5.5 inches off the top of the water. Everything did well, however I lost a bubble coral. I can't tell why exactly the bubble died, but I borrowed a seneye par meter and discovered that all the par in the tank was way too high (over 1000 PAR in some places). My best theory is that the bubble was lost due to the 350 PAR it was receiving, however who really knows. With the seneye, I was able to raise the Hydra to about 9 inches off the water, and I came up with the schedule below. The peak plateau is about 85% and with this I achieve a fairly appropriate PAR map in this tank. The (new) bubble is getting about 230 PAR. Not shown is a few hours of moonlight.

Also, it's been a while since I updated my build thread, but I have made a few changes, especially to the sump. Here's what my sump is doing at the moment:
Heres a few updated pics with the stock level of the tank. These were taken when I just moved a bunch of corals around so many things are still retracted from my hands being in the tank. 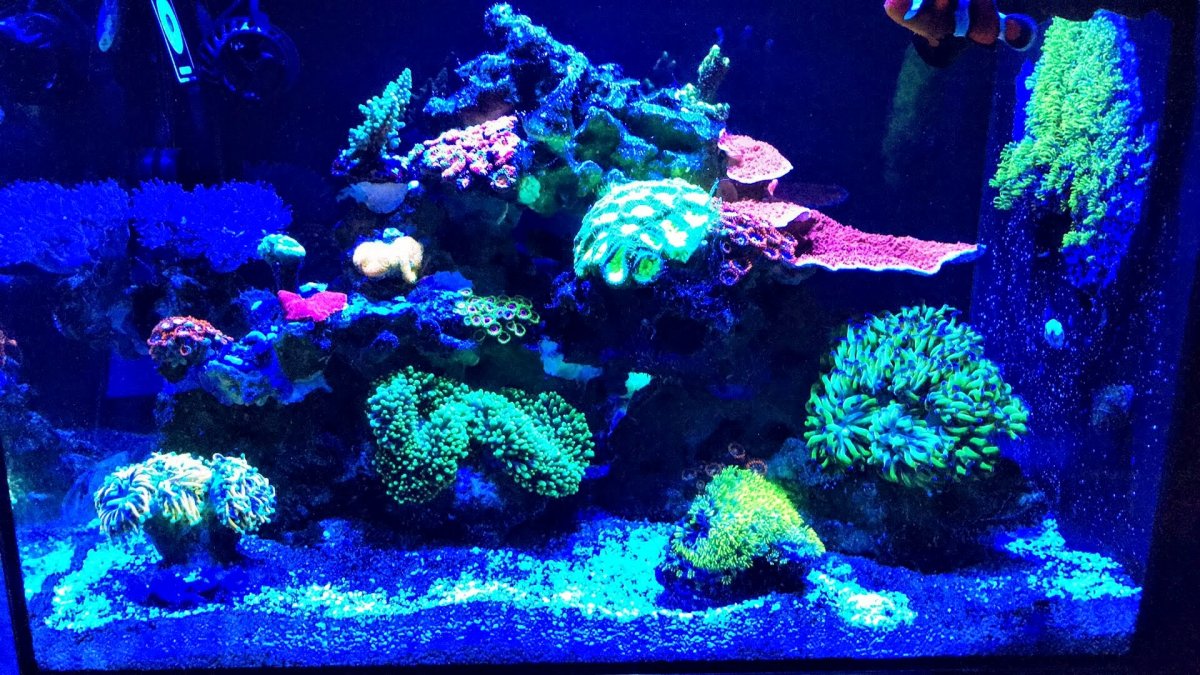 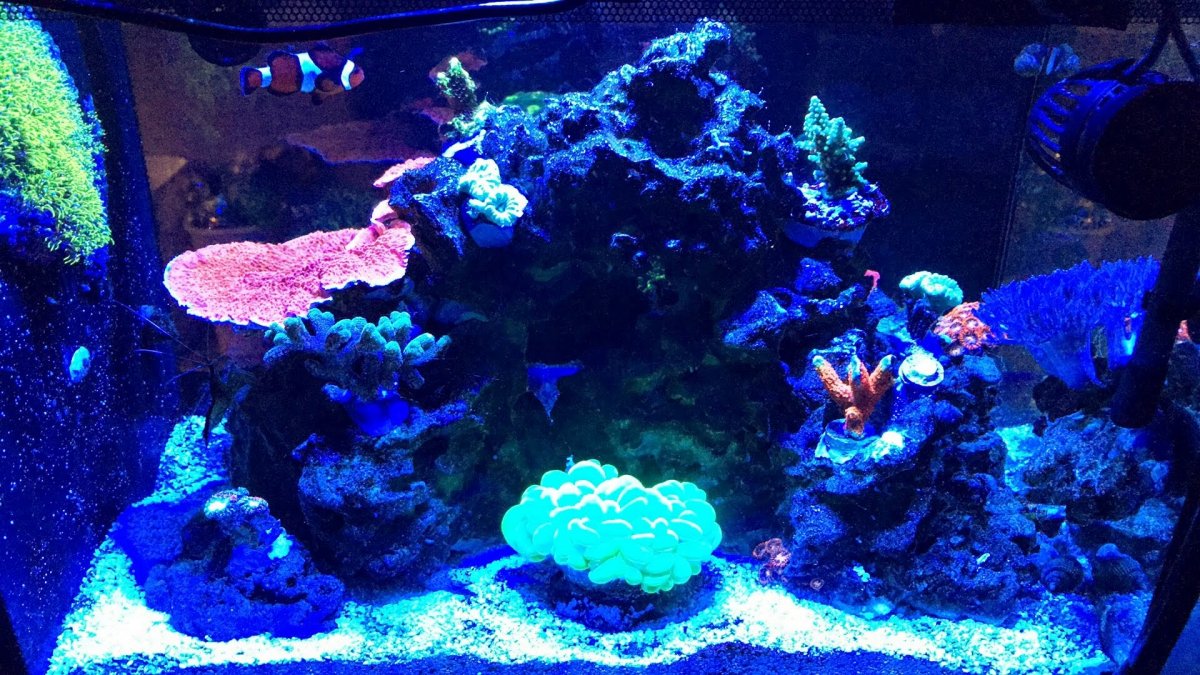 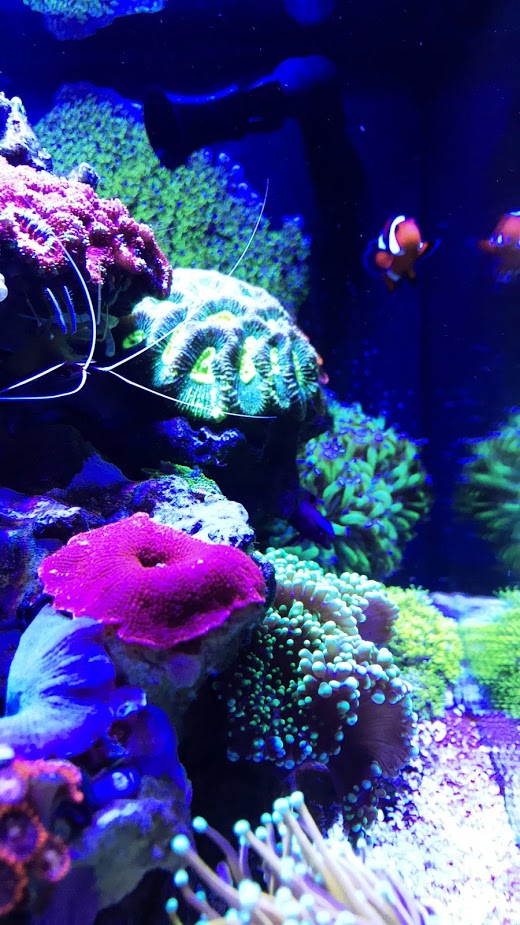 Here's a pic of the crazy reactor setup I'm running... Not that I'd advise anyone actually do this.... 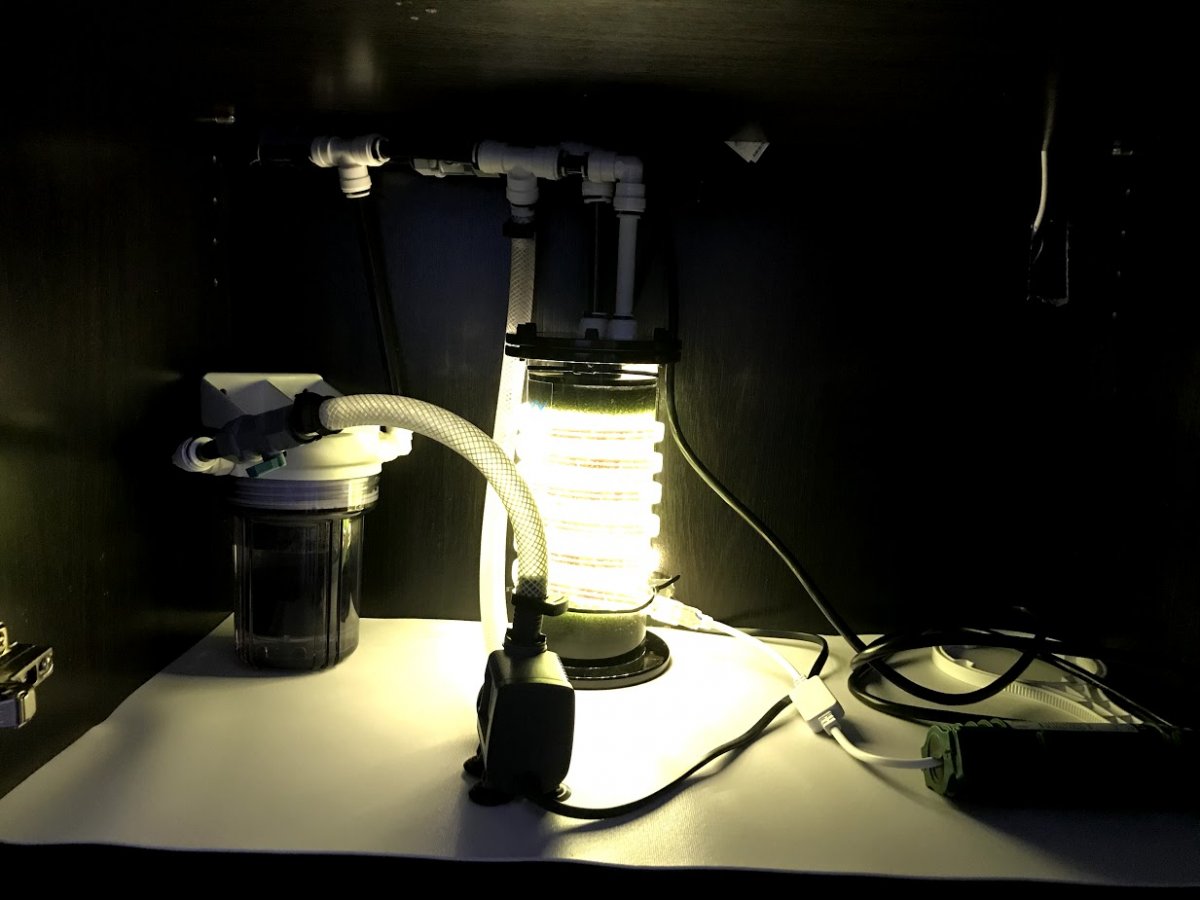 I made a 6-month tank update video to show the status and setup of this tank. Hope you enjoy it.