just observed my display tank and saw my newly added Tiger Goby swimming nose down into the sand. He kept having spasm like swimming and SLOW breathing. As I went to scoop him from the tank he was bobbing up and down at the top of the tank. He was added 3 days ago with a mimic tang. Both were fully quarantined through Prazi and 30 days of copper power. Right now I’m giving him a 90 minute Ruby Reef Rally bath. I’m not sure what else to do or what it could be. I still have my quarantine set up but I have two Randal gobies in there who also went through the full quarantine process. They were next to be added since my acclimation-box isn’t large enough.
The goby looked fine in the acclimation box the 2 days he was in there. I just released them yesterday and he’s been sitting in the same spot. Tonight all of a sudden he began spasming and corkscrewing around. Mimic tang is fine minus getting bullied by my kole tang.
Any advice on what to do???

Head down and tail up can be a symptom of swim bladder disorder.

Giving the fish a 60 minute bath in methylene blue often can help the fish with this condition.
OP
T

Big G said:
Head down and tail up can be a symptom of swim bladder disorder.

Giving the fish a 60 minute bath in methylene blue often can help the fish with this condition.
Click to expand...

Spinning while swimming. He was fine all quarantine and then suddenly today this happens. Finished the ruby reef. Got him back into the QT. Placed the randals gobies in the DT inside the acclimation box. I’m hoping this isn’t flukes. I treated them for it in quarantine. Not to mention the thousands of dollars in fish in my DT! Just did a fresh water dip. Not looking good. 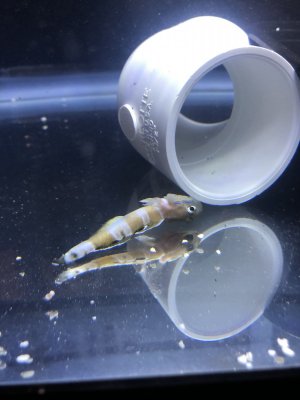 He’s looking half dead already..... Maybe you got a bad specimen.
OP
T

Zionas said:
He’s looking half dead already..... Maybe you got a bad specimen.
Click to expand...

Had him for a full quarantine period. Treated with prazi, 30 days of copper. Even the day I placed him in my display he was eating like a champ. Just released out of the acclimation box yesterday and he was barely swimming at the bottom (was t alarmed since he did that the day I got him). Then tonight swimming head into the sand and corkscrewing around. No flukes showed from the freshwater dip.

Well I’m stumped. He died! The only thing I notice is a slightly red dot on his abdomen between his gills and pectoral fins. Maybe something scared him in the new tank and he darted into a rock causing a spinal injury? 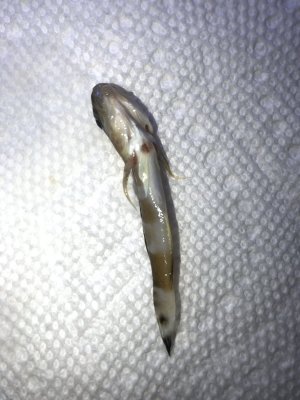 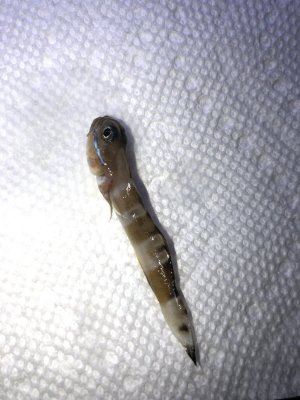 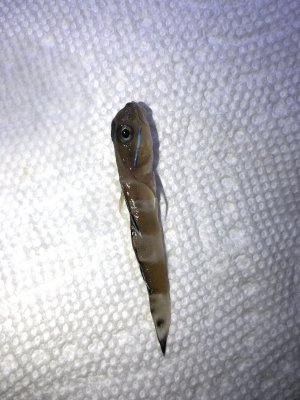