My saltwater aquarium is now just over 2 months old. It's been a while since my last update but I have lots to share!

I haven't checked the water parameters in quite a while but everything seems to be stable, giving me no reason to constantly check them. The temperature is currently 78.8°F and usually ranges between 78.2°F to 79.0°F. The salinity remains at 1.025 PPT. I have been running the same 12 hour lighting schedule with no issues. I have been doing weekly 1 gallon water changes every Friday, stirring up different sections of the sand each week and vacuuming the surface.

A few weeks back, I went to my LFS and picked up a CUC which consists of 2 Mexican turbo snails, 2 Astraea snails, 3 Blue legged hermit crabs, and 2 red legged hermit crabs. They are constantly on the go and did quite an amazing job at cleaning up all the algae in the aquarium. Below are before and after pictures of the aquarium. 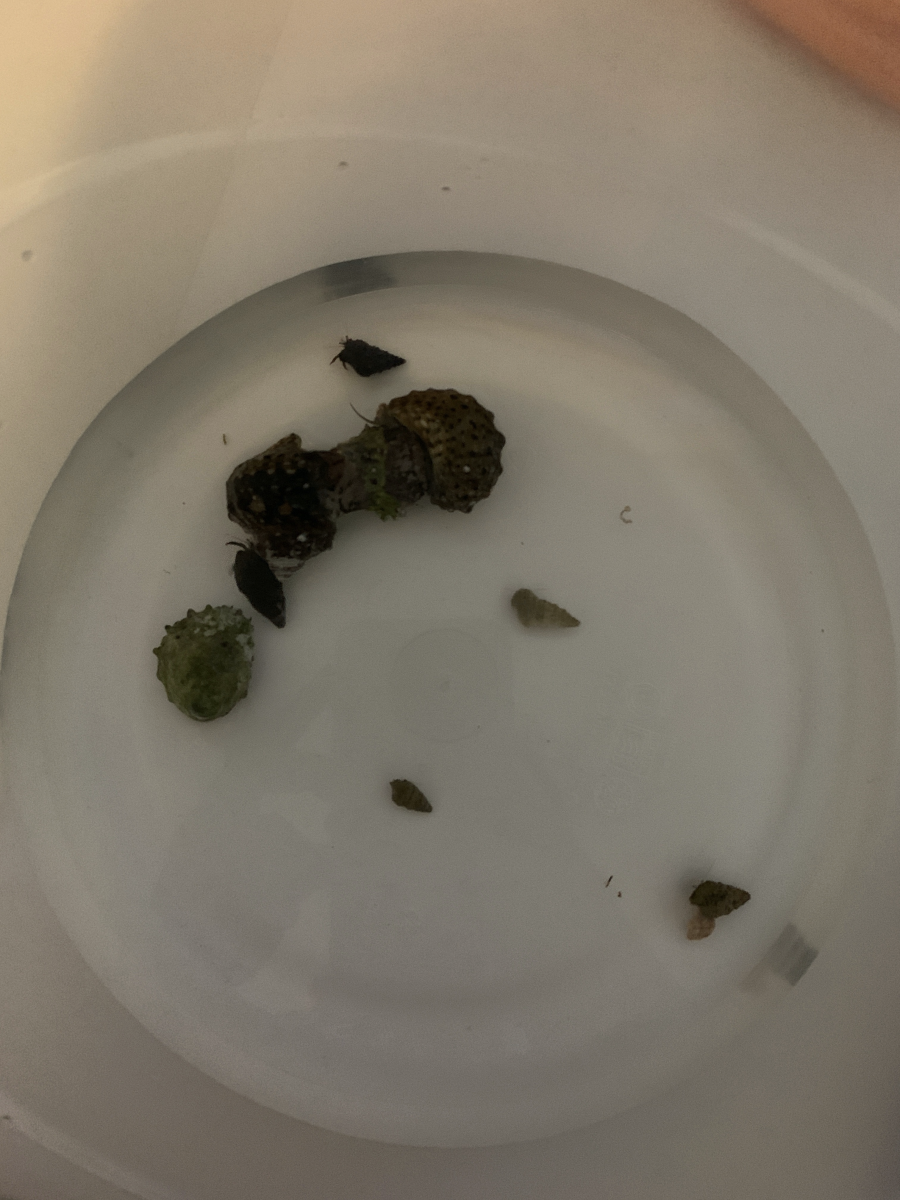 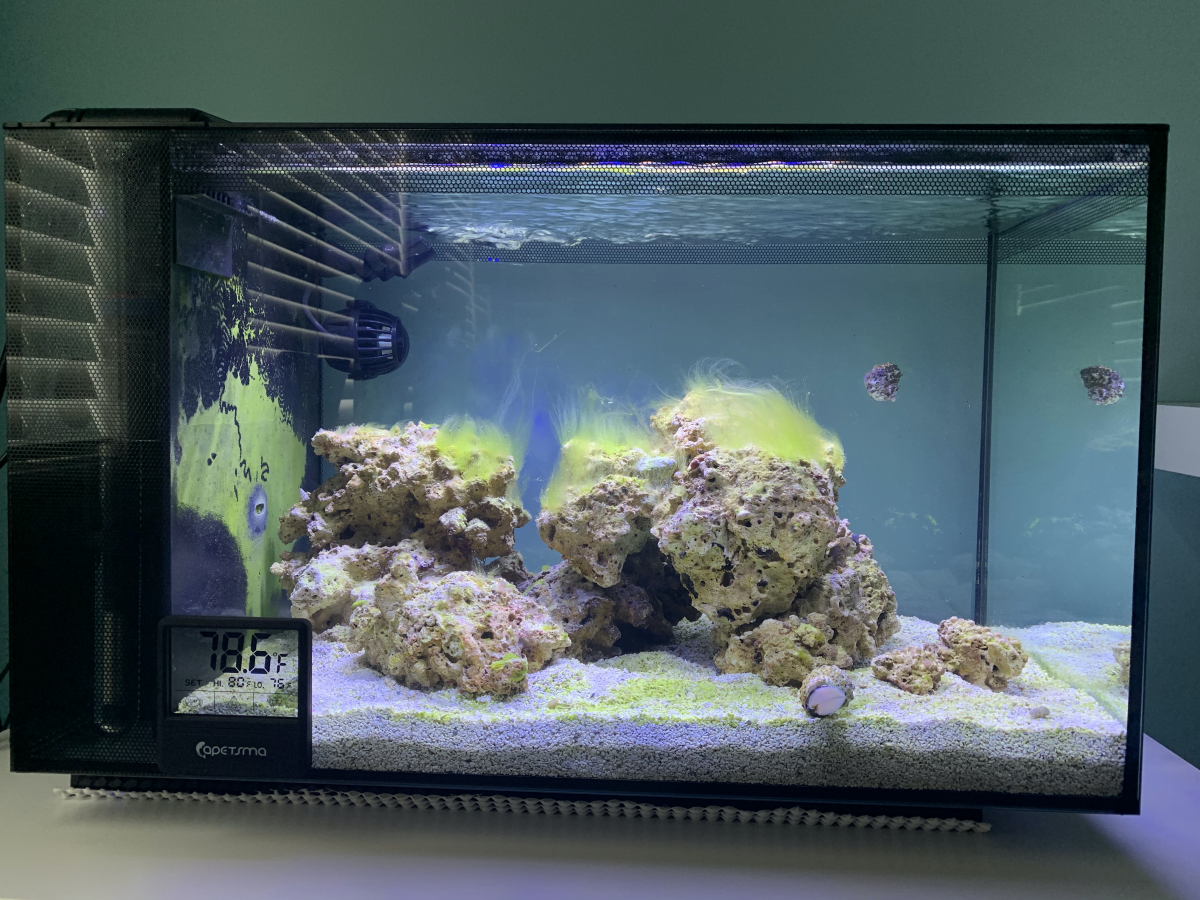 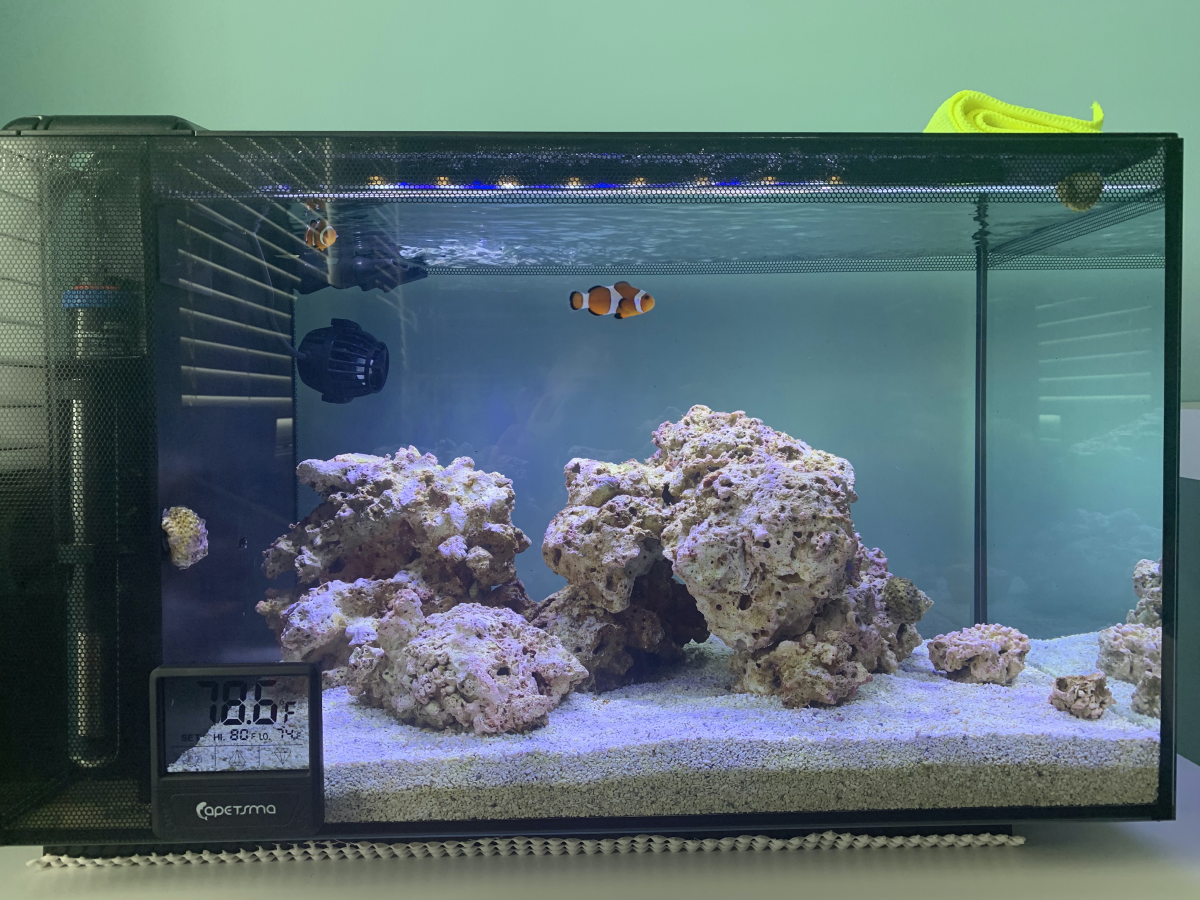 About a week and a half ago, I picked up a pair of Ocellaris clownfish from my LFS. Both have been doing extremely well and have grown quite a bit, they're always hungry! The one had a bit of a nipped at tail which has now completely grown back. They're constantly swimming around the aquarium and playing in the current from the powerhead. I have decided to name them Poseidon and Amphitrite, the god and goddess of my mini ocean! They were unpaired when I bought them and because of that, I have been able to observe quite interesting dominant and submissive behaviours exhibited by them! I have a good feeling which one will be the dominant female. 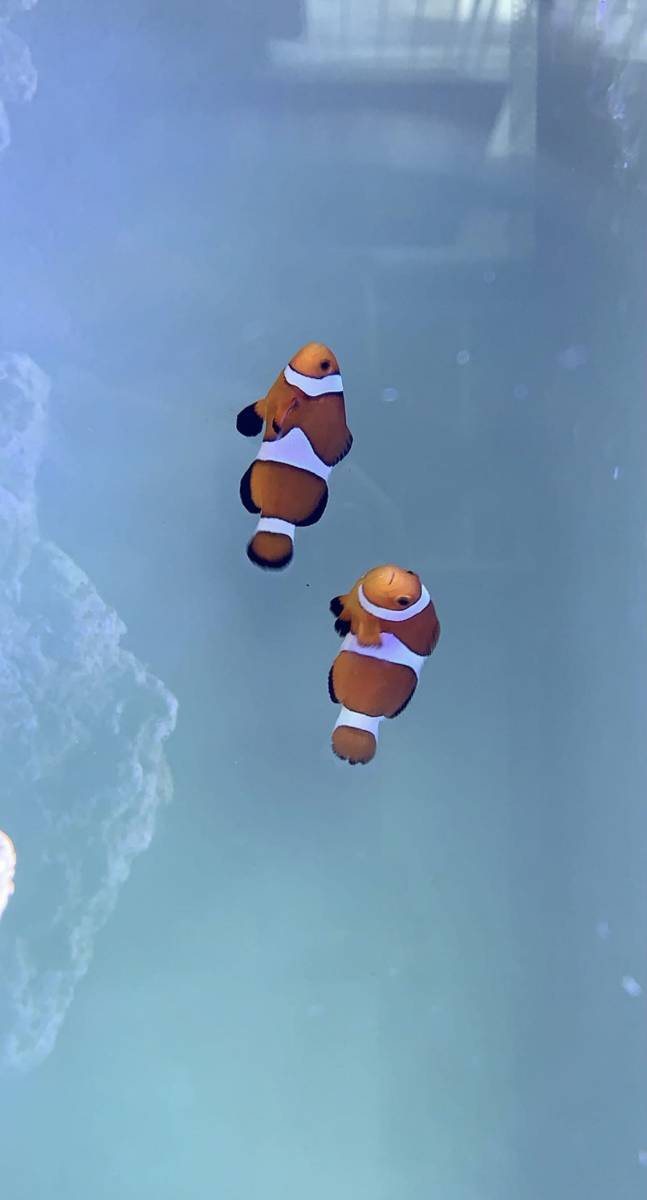 I'm thinking about adding my first coral this week but I will decide after I have checked the water parameters this week! I was thinking about a green star polyp which I would glue to the back wall of the aquarium with the hopes that it will grow to cover the entire wall!

Green star polyps will grow quick and cover the back wall will look nice. You can also try waving hand corals I have a blue one that grows super fast.
OP
R

GoReefin said:
Green star polyps will grow quick and cover the back wall will look nice. You can also try waving hand corals I have a blue one that grows super fast.
Click to expand...

Thank you for the suggestion, I had never heard of that coral! I'll definitely have to check it out.
G

Blue waving hand coral. It's great and grows like a weed so don't put it anywhere you don't want it to cover. 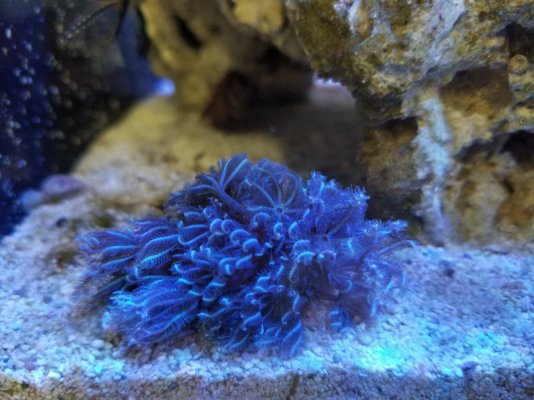 GoReefin said:
Blue waving hand coral. It's great and grows like a weed so don't put it anywhere you don't want it to cover.

Wow, such a beautiful coral!

Fluval Evo 13.5 Chambers not filling up.