Also, a ton passing Fake lineage asd and so on... I’ve talked to several people and some were pming on a few sites and private FB groups sellling for 6-700 a head.. I asked for pics and vids and you could tell it wasn’t the case.

Linage or not the proof is in the specimen itself, you can only tweak a photo so much. If the pics don’t seem “right” or your gut is telling you to walk away from a torch you better run!
Some of the newer mariculture lookalike strains aren’t quite as brilliant as the original or the size is a tad different but the price can generally make up the difference. One seller I’ve chatted with far more than I’ve bought from has gotten the Mariculture versions of both the CC24K and ASDHG. He’s sells most single heads below 1k per head for those colorations; so if the average torch enthusiast would have trouble telling them apart is it worth spending double for the pre-ban version?

Secondly, that picture of the OGHG on page one is doctored more than Michael Jackson! It still looks grail-ish but I wouldn’t think OG HG seeing that pic.

Lastly, another misunderstanding is the angle of viewing, or angle a photo was taken, and how it changes the appearance. The side angle with the pumps running shows more of a specimen that does not get much direct lighting, while top down shots are generally taken with the flow off and only show the area that gets mostly direct light only. Always ask for multiple angles when it’s not a seller you’ve dealt with many times before (but even then, ask for a couple more pics from different angles). I’ve never dealt with a reputable seller that had an issue sending a couple of extra pics *for mid/high end coral.... don’t ask for multiple angles on the Xenia frags! Hahaha


OGHG:
First pic is around 14-15k spectrum and the second is an actinic shot with the flow off. 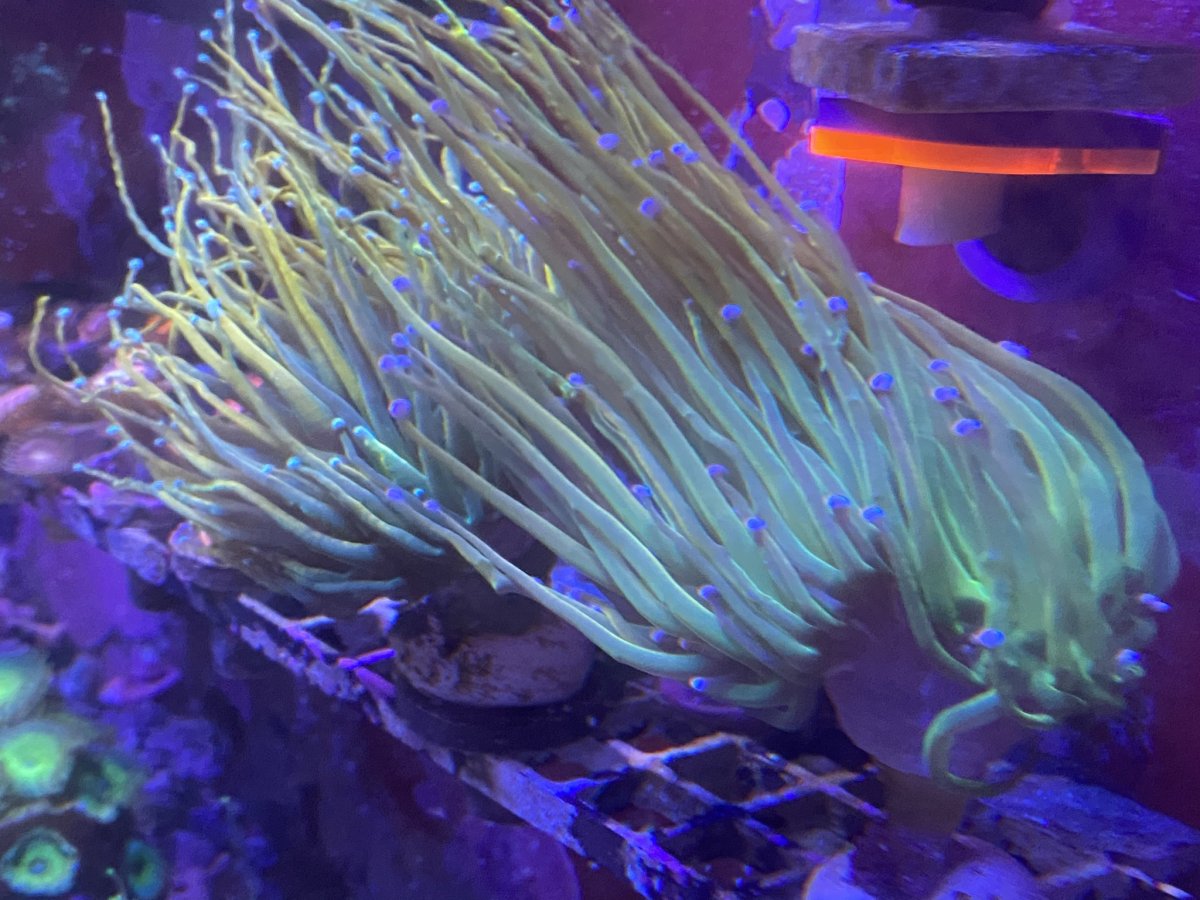 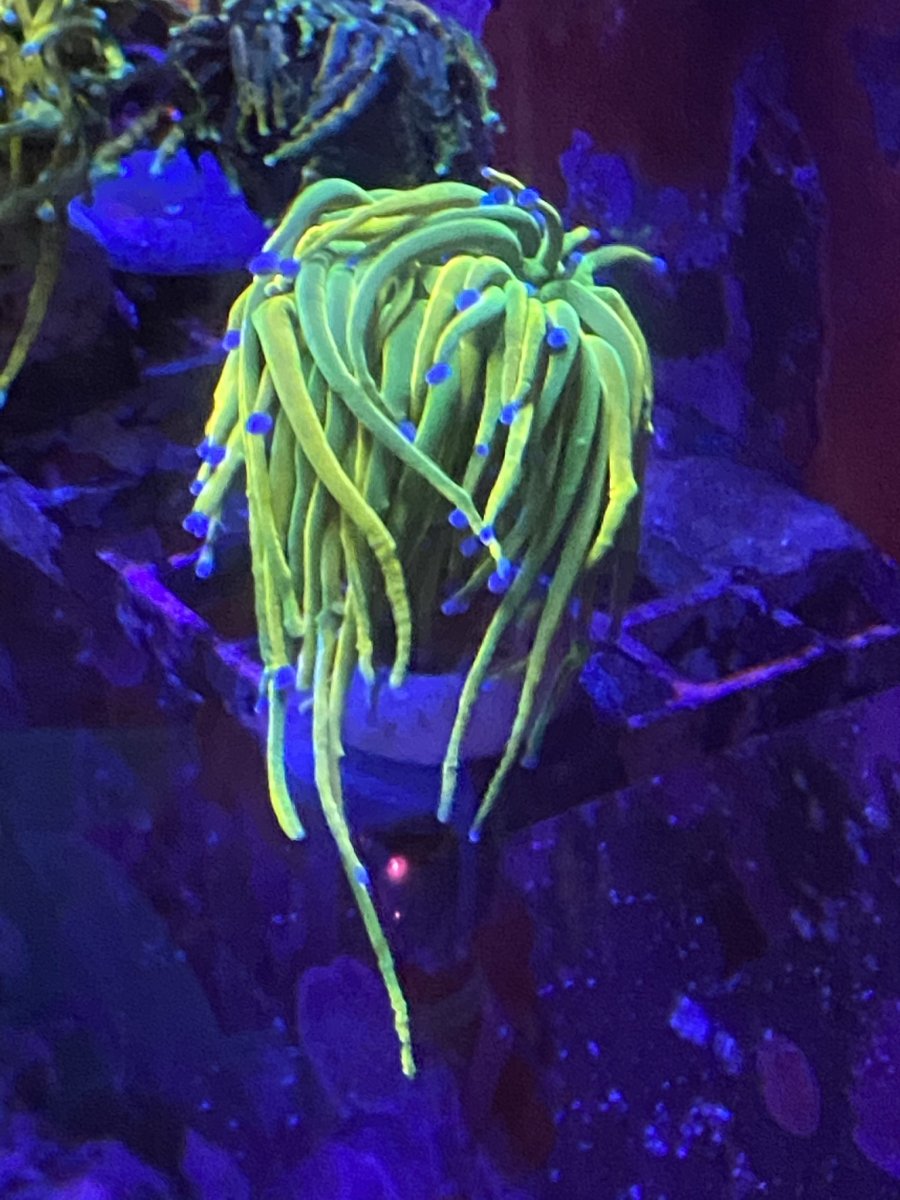 There's definitely a difference. I took a chance and went for a cheap HG online. I figured that it looked close enough and different from anything else that I had. I love torches so I figured I'd see.

Here is my unholy Holy Grail. I'm hoping that it colors up. It still has the yellow and green with blue tips. Far right is the CaliKid Prenup for reference. I'd like my HG to look like that with purple tips. Still looking for something reasonably priced. ADAM's OGHG is what I'd like to see in a HG. Very nice!

I feel like asd is too dog and mostly wanted. I went with a tsa holy grail for my first one and it makes me want a asd so bad! Still looking for an asd!

The holy grail made its way into the hobby around the time I got out which was probably 3-4 years ago. At the time it wasn’t called the holy grail. I bought mine for about $250-300 for a small head but it never survived because it was cut improperly. I took a risk because the price was so good. Came from one of the first pieces in my area, and probably the hobby but I have no idea where they got it from. Seems like ASD is the OG though

So to put the original Indo ban into some perspective for those who may not know the impact it had on torch prices I found a quick example from a couple years ago.
I’ve seen the grails on other sales threads for as low as 150 but these are what o could find with a quick search. Included a couple golds too 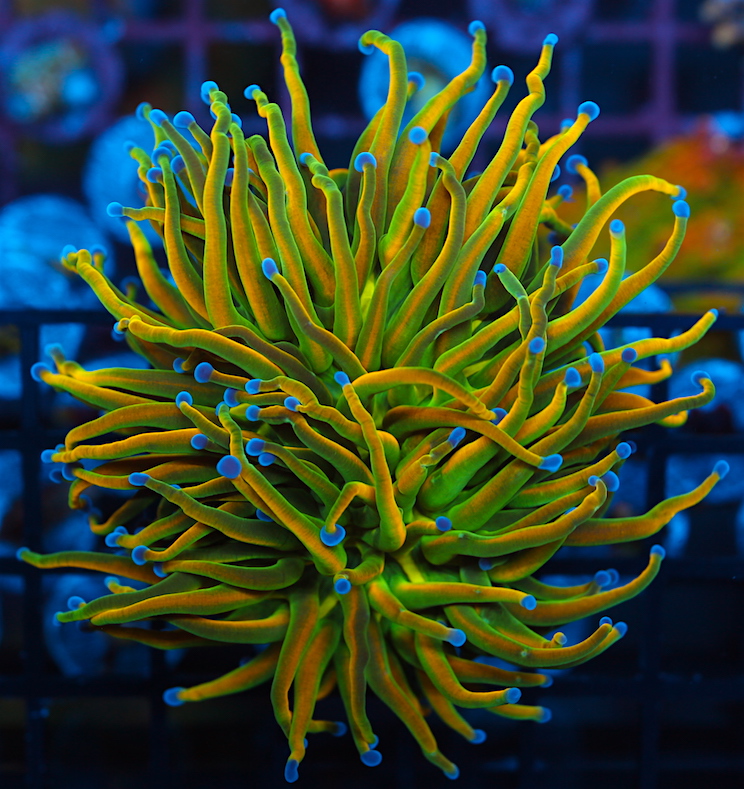 Here's the original thread from 2017

A Reef Creation said:
That photo was taken of our OG Holy Grail 4 years ago and was sold for $850.00

Here's the original thread from 2017

Ya I'll take 3 at that price
T

Was googling about torches and found this thread. 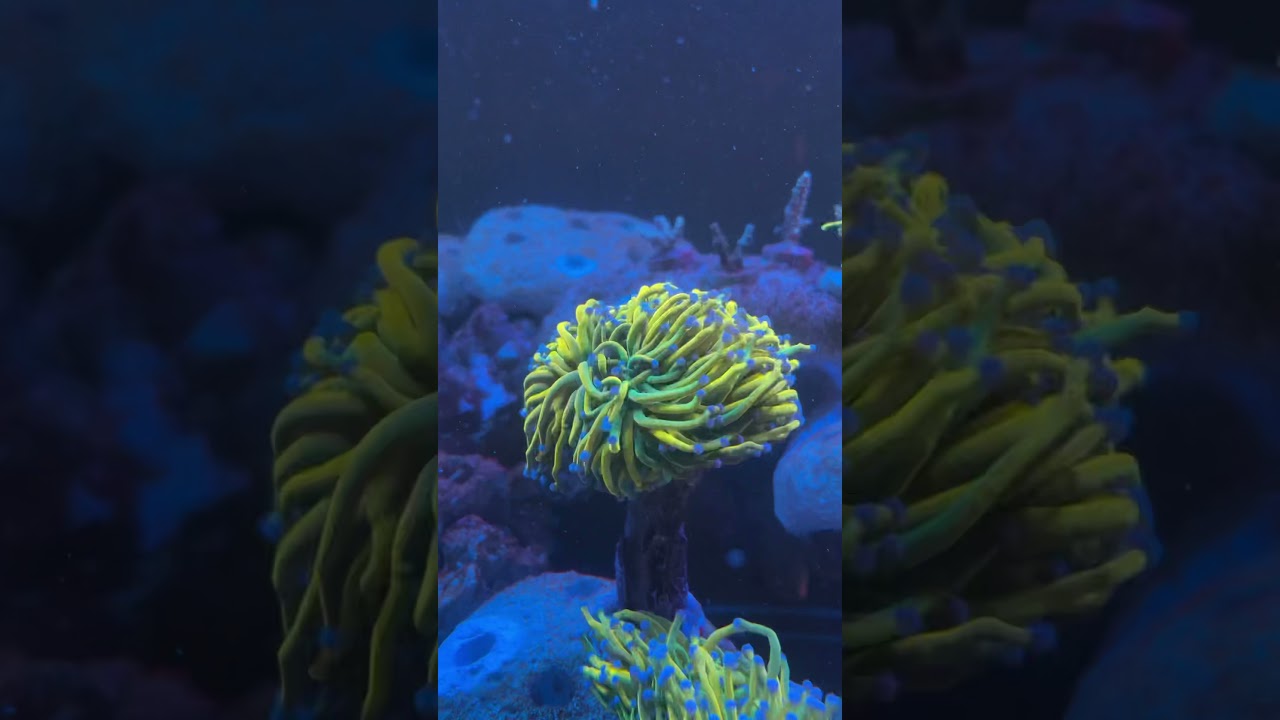 thirst said:
Was googling about torches and found this thread.

Wow, hold on to that. It's awesome.

MERKEY said:
Sad I sold the one I got here
Click to expand...

We aren't friends any more!

Lost in the Sauce said:
AGAIN!!

Oh don't worry, I got another one

Lost in the Sauce said:
AGAIN!!

The sad part is there is no license for an addict that they can take away.....just more TORCHES!

I pick this one up before Indo opened up. It has since lost some of its color. Anyone know the best way to get my color back?

Whatsump said:
I pick this one up before Indo opened up. It has since lost some of its color. Anyone know the best way to get my color back?
Click to expand...

What par and nutrients are you running?

Whatsump said:
I pick this one up before Indo opened up. It has since lost some of its color. Anyone know the best way to get my color back?
Click to expand...

Try just adding a pic or two with blue lighting and orange filter. If you don’t have a clip for your phone you can use a pair of orange glasses or cut a pill bottle up and hold over the camera.

But generally speaking of color the info that @MERKEY asked for would be the best start.

thirst said:
Was googling about torches and found this thread.

What you guys think about my 24k Holy Grail?