My name is Lasse Forsberg and I live in small place named Bohus – 20 kilometres north Gothenburg, Sweden. I got my first tank 1961 when I was eleven years old and lived in an inland country town 160 kilometres from Gothenburg – I had it for a couple of years but soon I become a teenager and get interested of some other living things. Back in 1974 when I move to Gothenburg together with my girlfriend I started with aquariums again. Today - the same girlfriend is my wife since 39 years ago so there has not been any reason to stop the hobbyJ. For those that is good in math – I know that 1974 is 42 years ago but here in Sweden – we like to test things for a long time before we decide us – at least the female part need timeJ. The best things with long partnership is that different project does not always need to be wife approved – only wife accepted.


My professional life has been everything that have with water, fish, water treatment, fish farming and public aquariums to do – both from a biological and technical point of view. I´m retired since 1 year ago but still working with recirculated fish farming (farming catfish) and with one of the public aquariums in Gothenburg – Sjöfartsmuseet Akvariet.

My old tank that I started 6 years ago did not work very well this summer and I was very busy during the autumn and in January I sold that aquarium (and another well working aquarium). 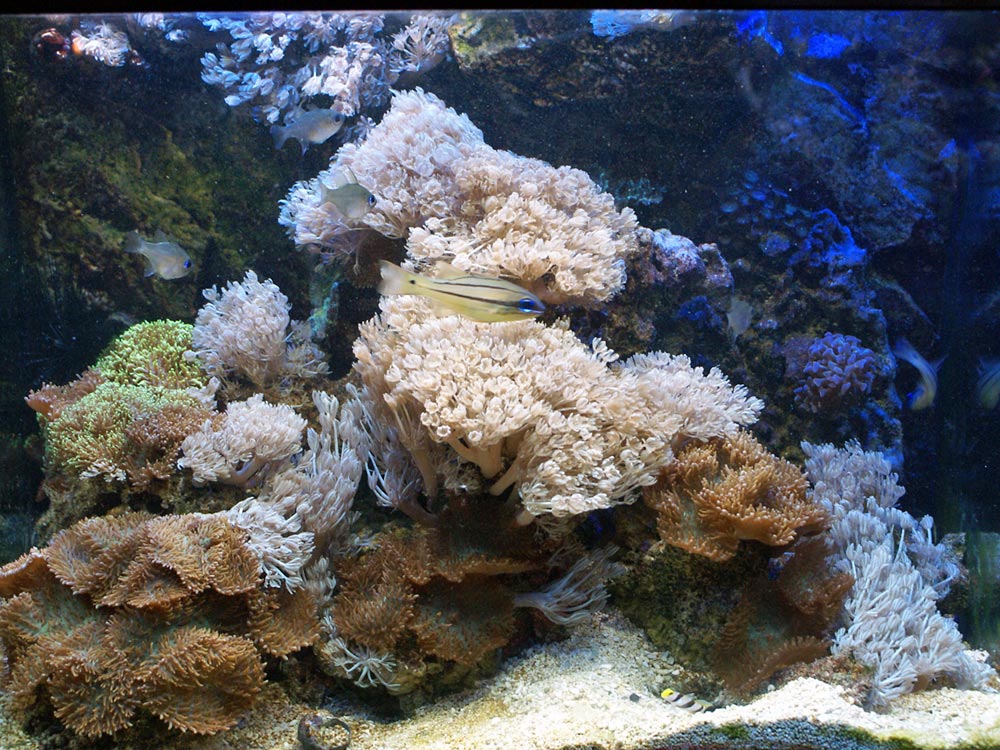 However – I had a plan to start another tank – a tank that should be little like showcase what I have learned during my more than 40 year as an aquarist. In January this year I order an aquarium from Poland – a custom build tank with a display tank of 300 litres.

This is the first idea 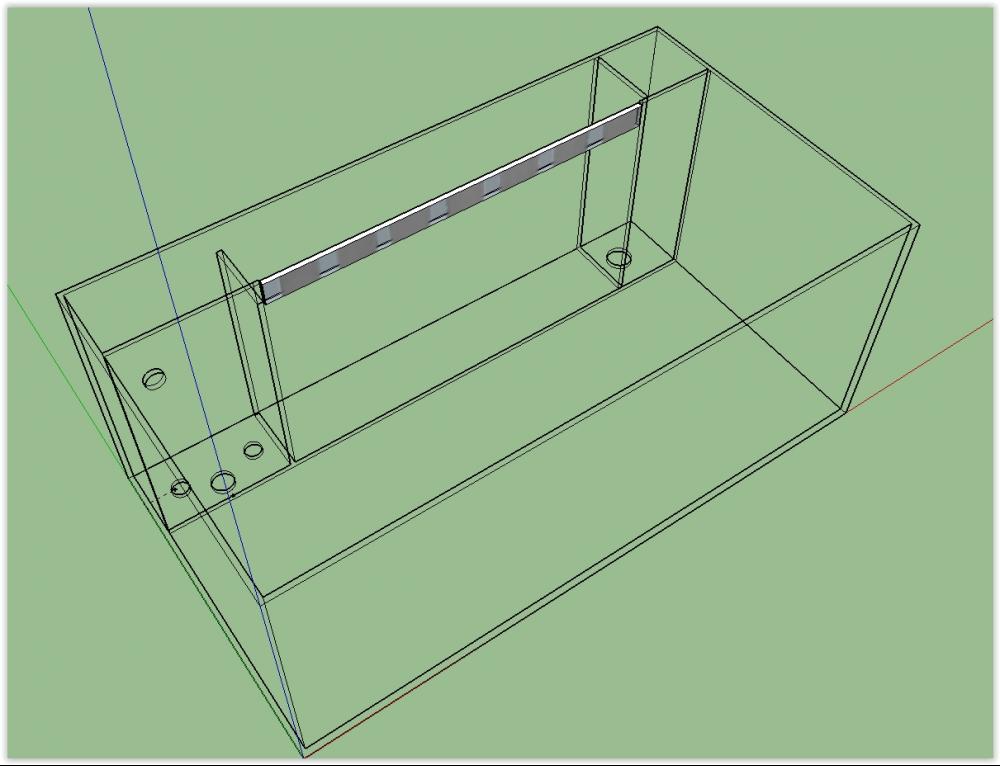 ​
This was the final order - I want it like this. I send some text and some pictures to a guy that did not speak Swedish and not so good English either (and I do not speak Polish !) I have a friend that speak Polish so if I got some question - he could help me - I hope. The delivery (pre pay) was promised to be early march. After paying - the sound of silence was my Polish aquarium builders signature tune. No questions - no contact 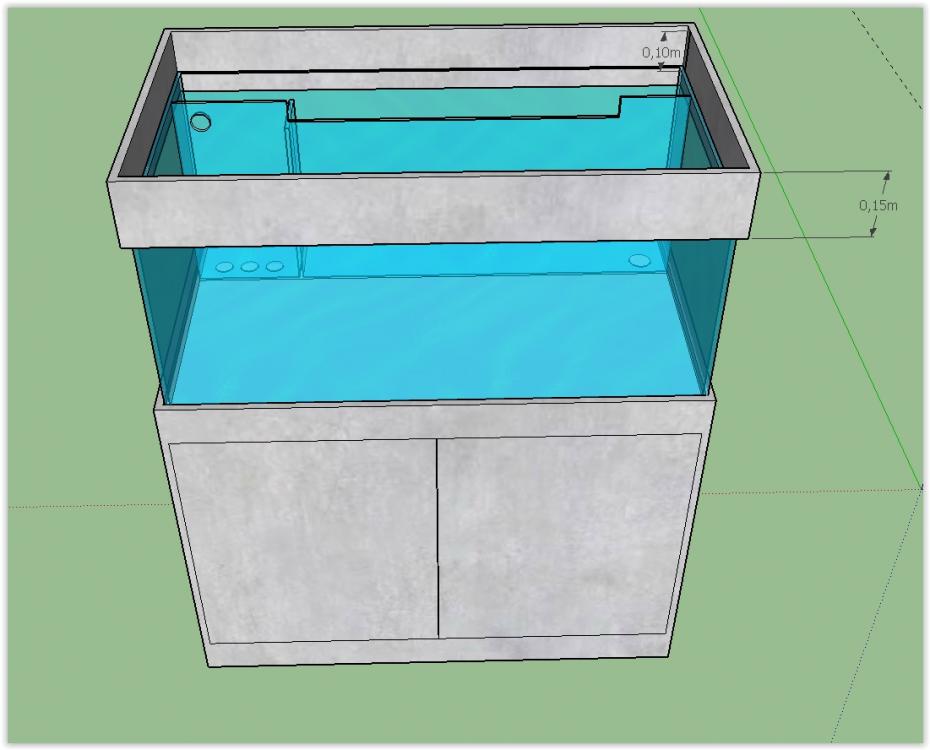 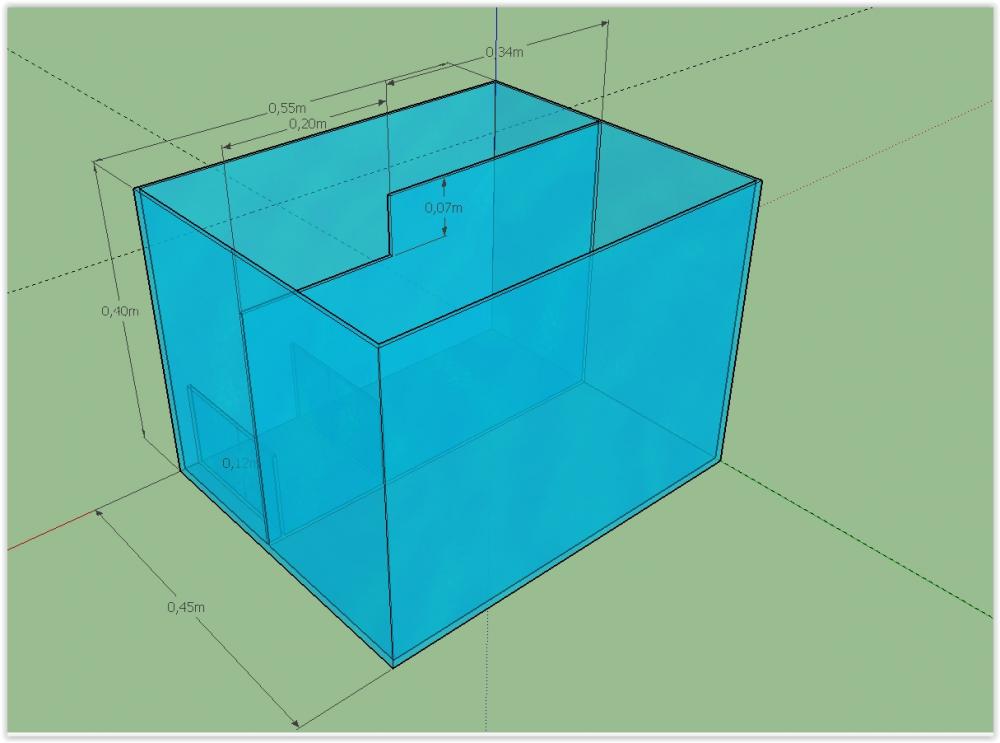 March pass by - no Aquarium - a little bit nervous. My wife looks at me with special expression in her face. (after 42 years, I know what that look means) April start - and finally I got a e-mail - delivery on Monday. The tank arrived on Tuesday (same week) 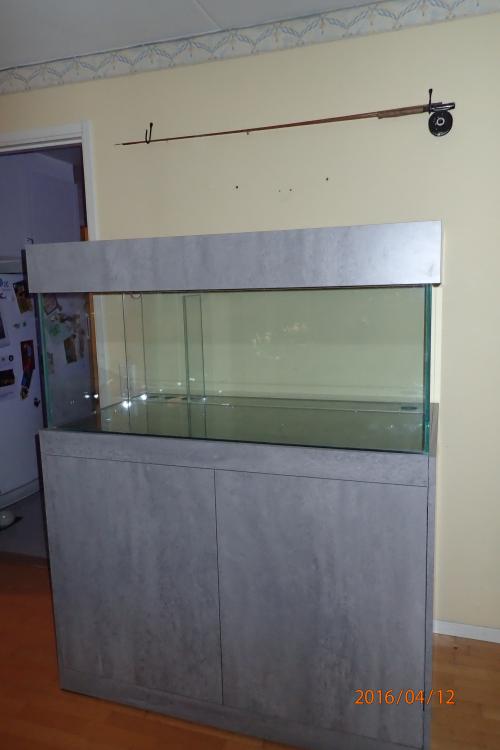 It was perfect - it was like I wanted it. 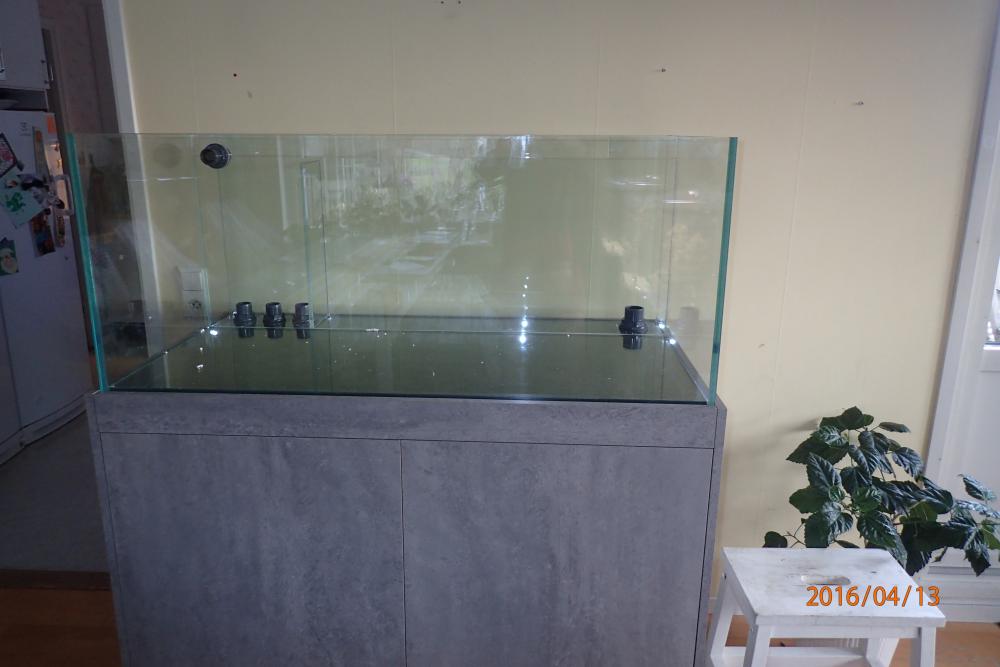 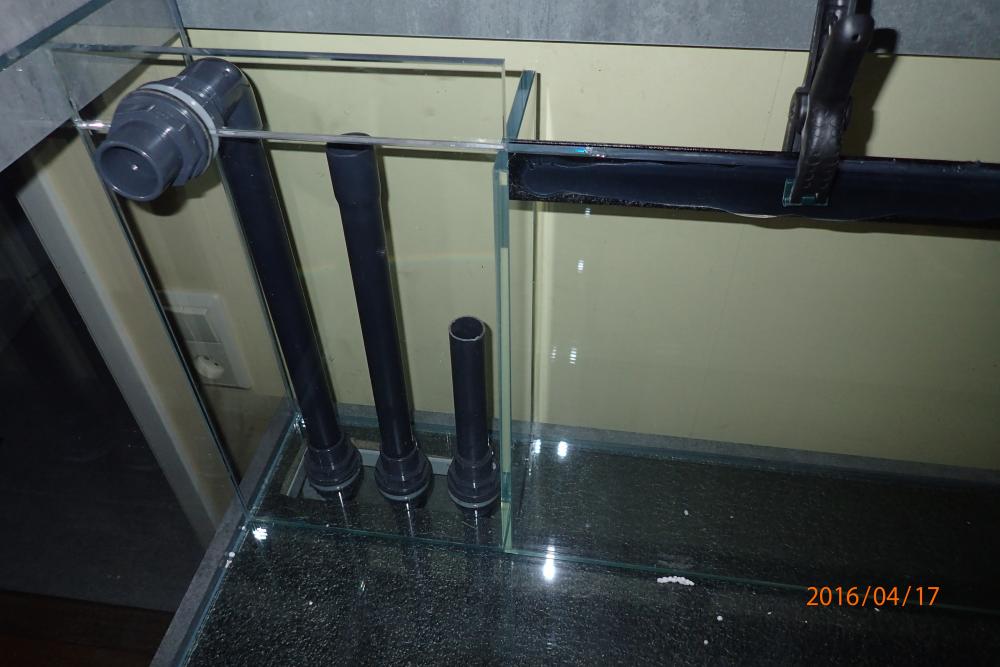 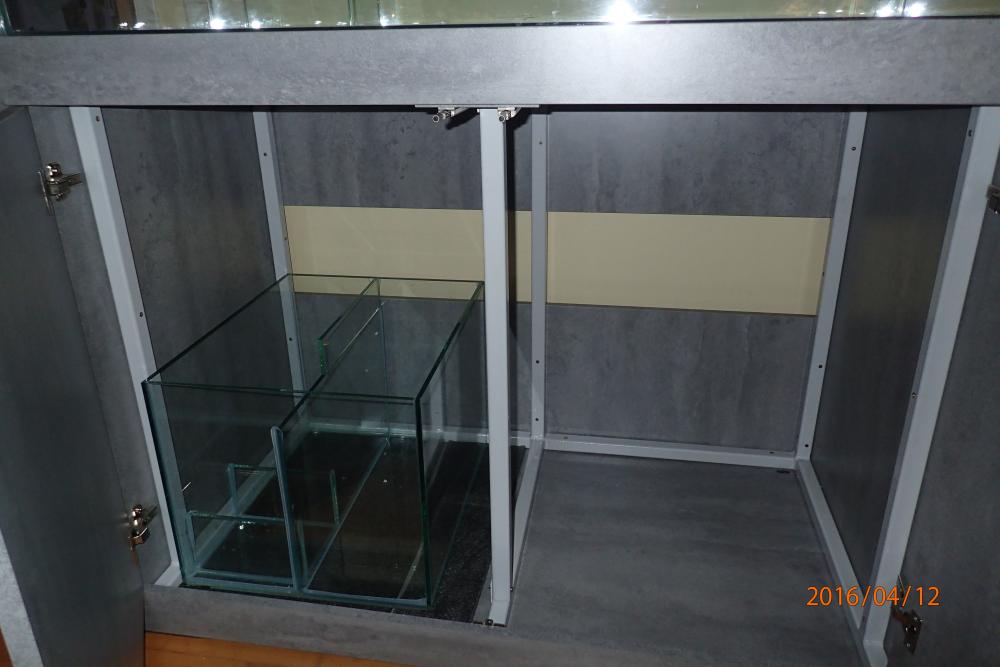 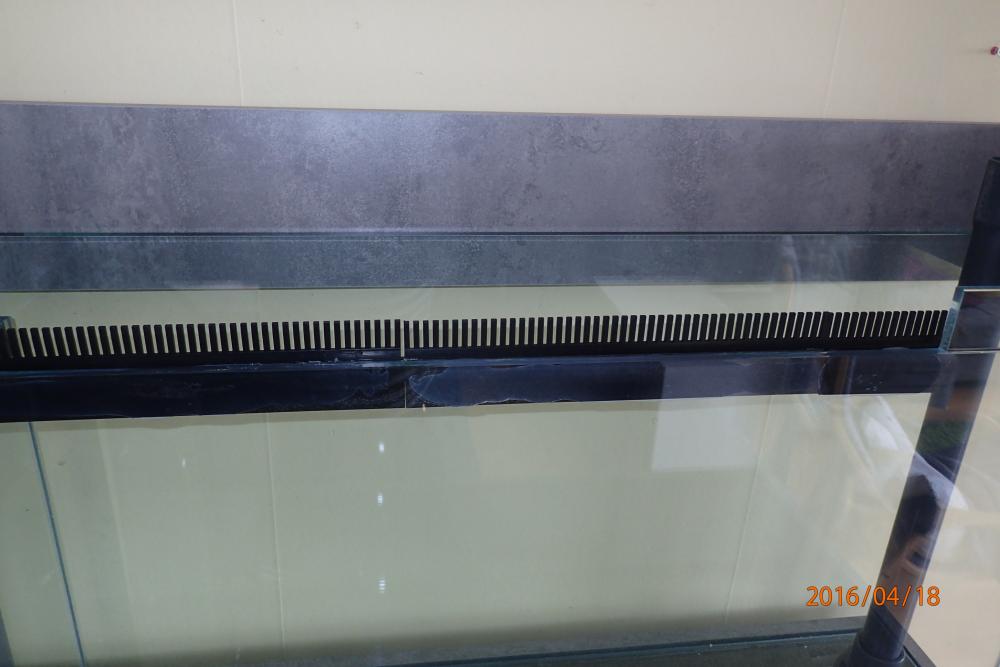 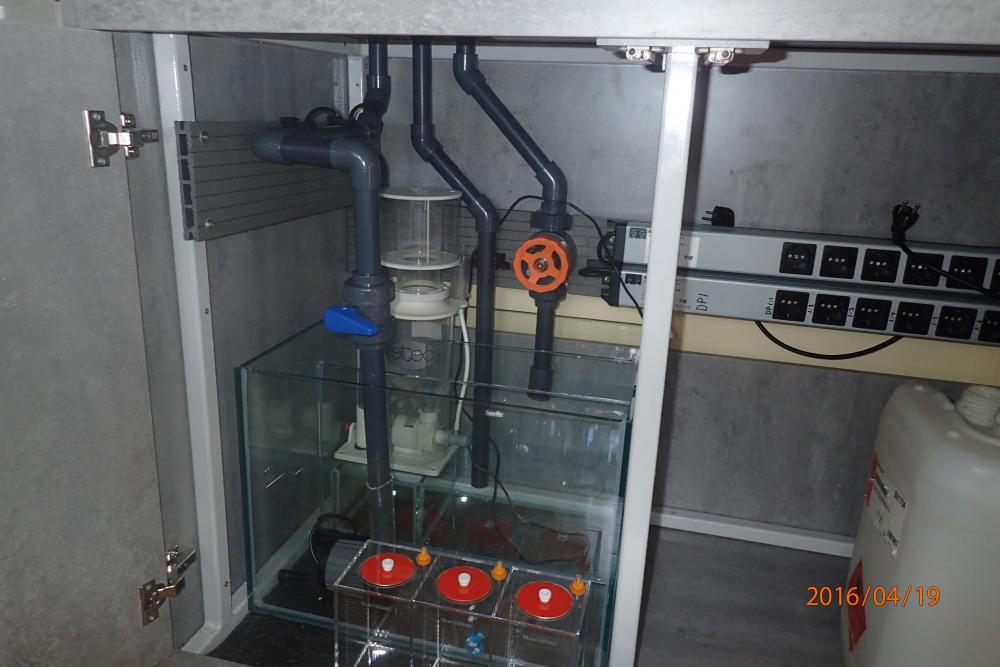 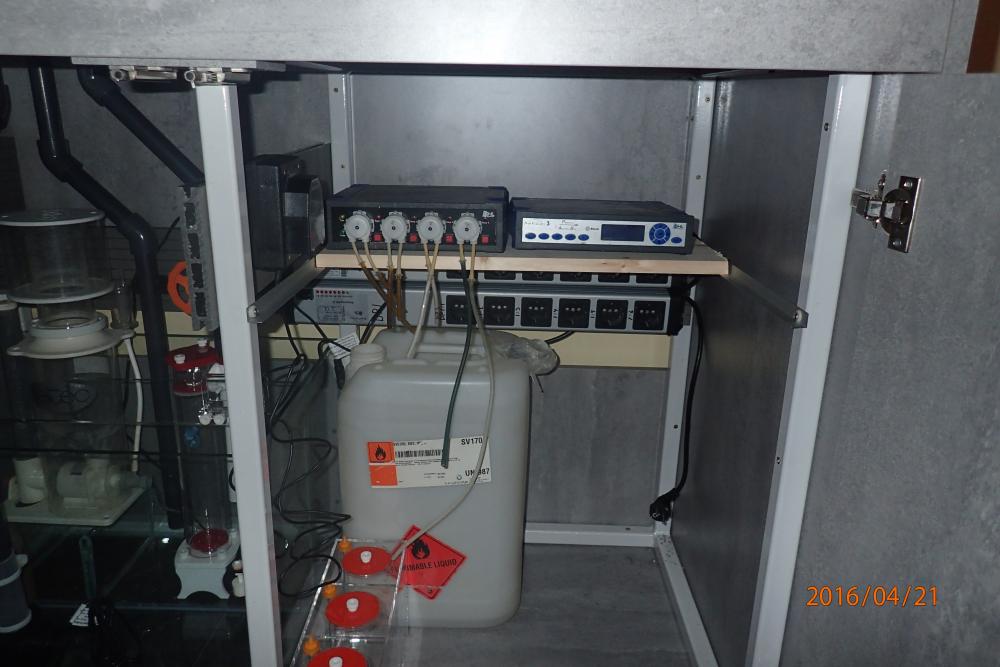 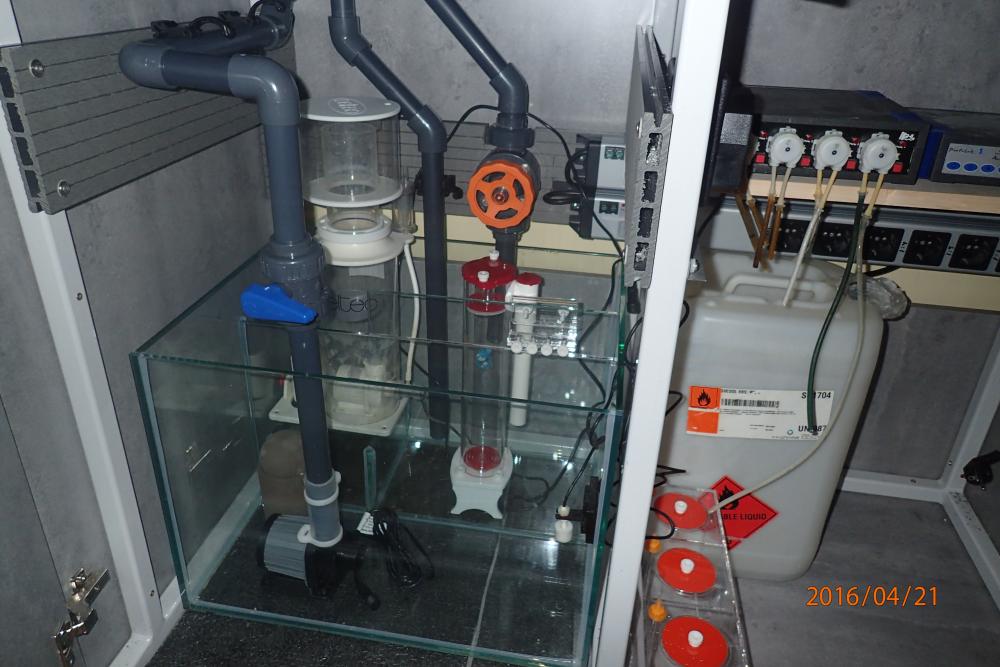 This was the technical part. Lets start with the aesthetic part of the aquarium 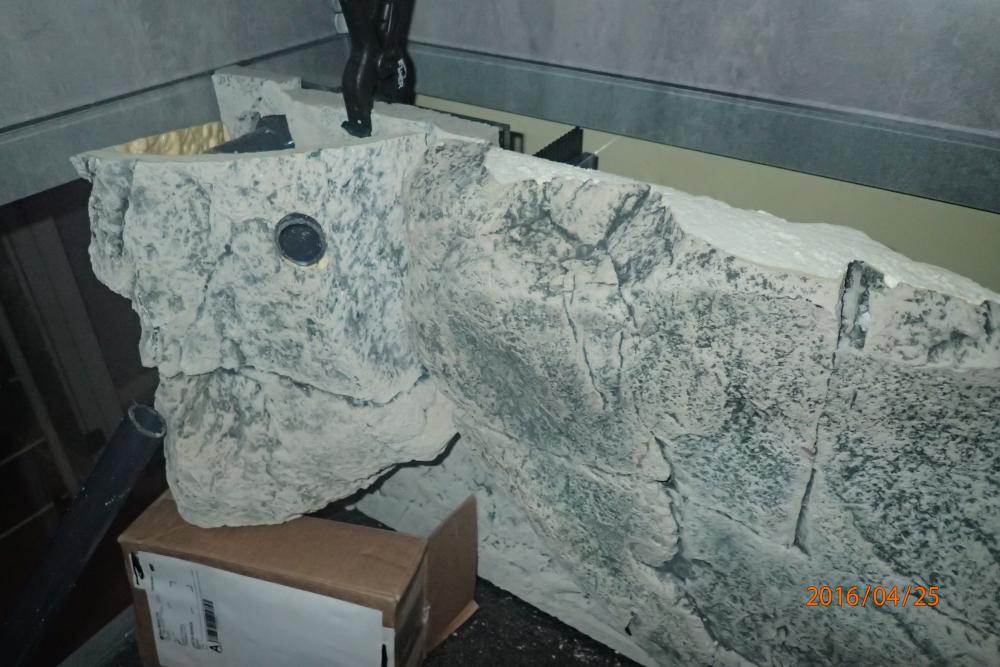 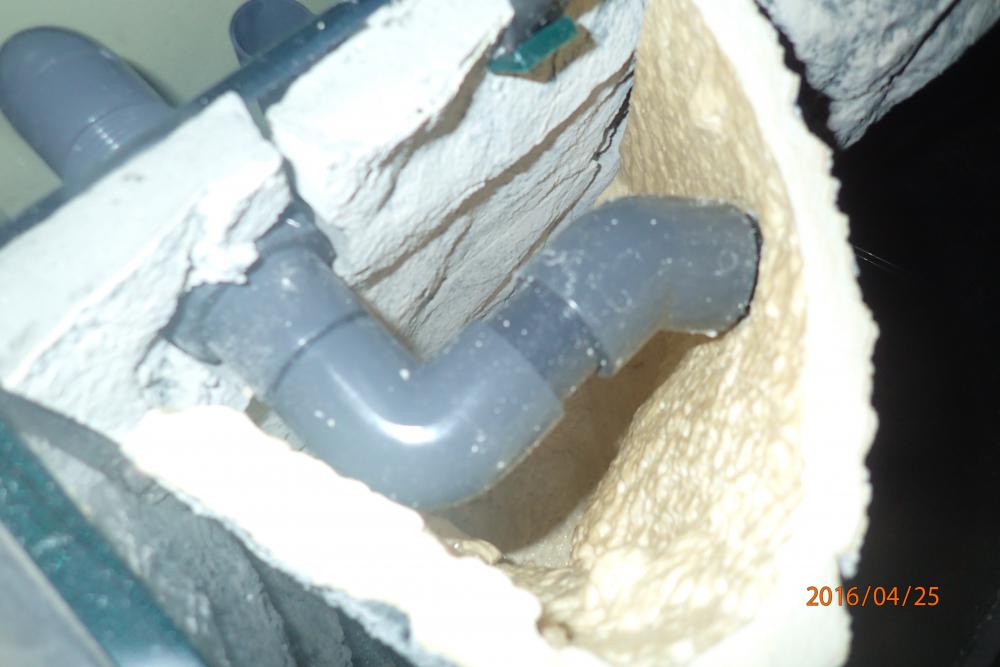 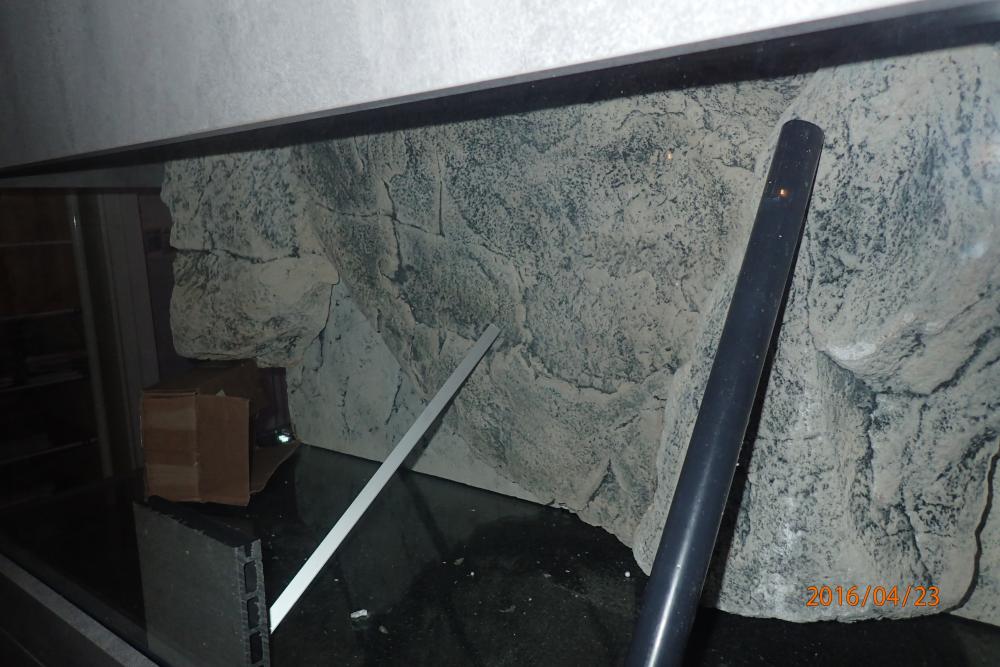 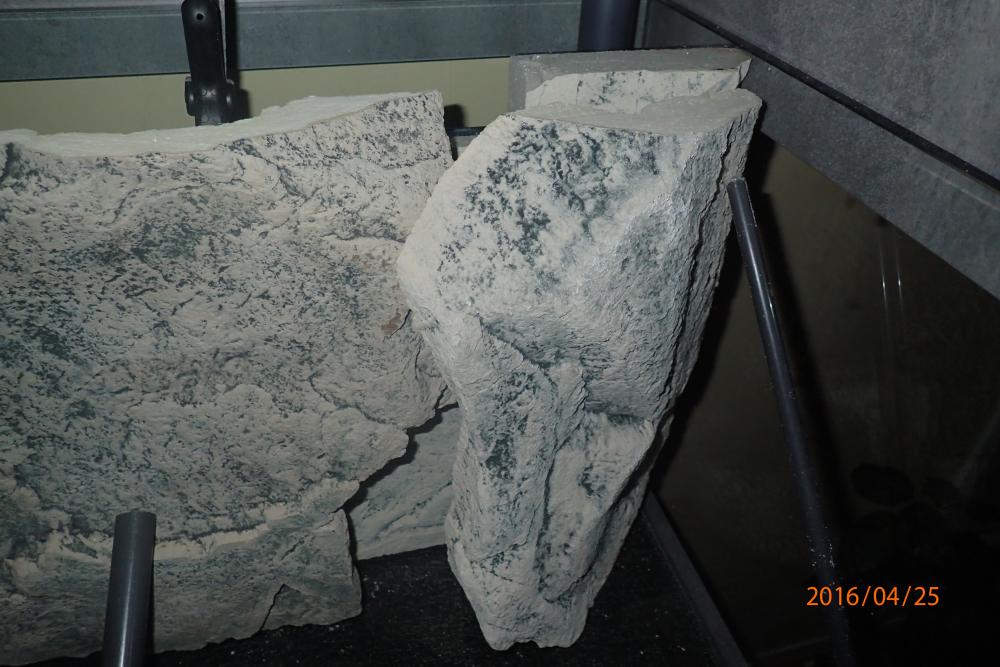 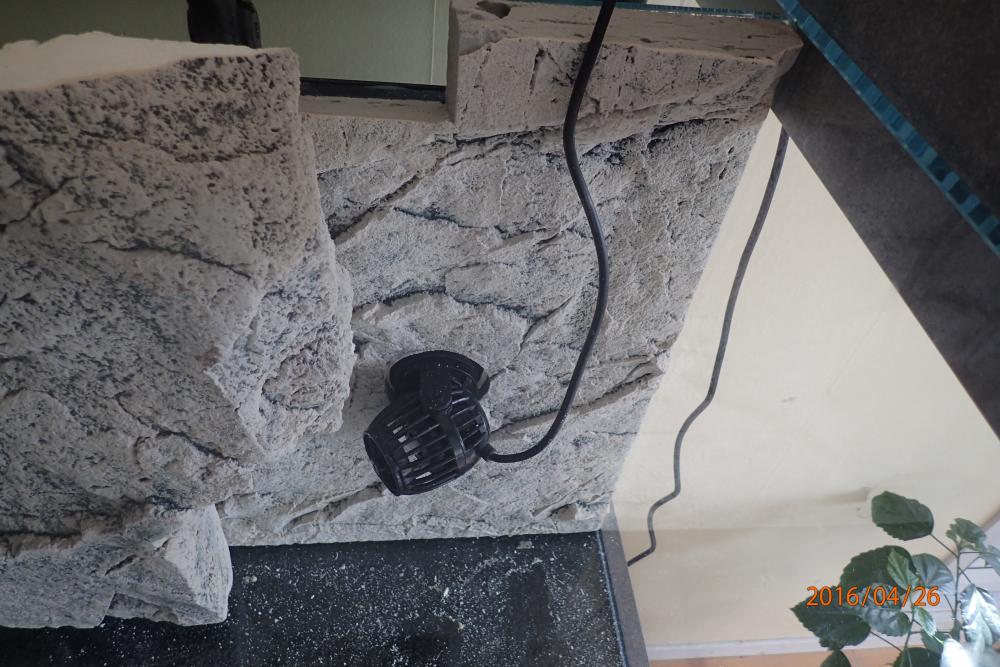 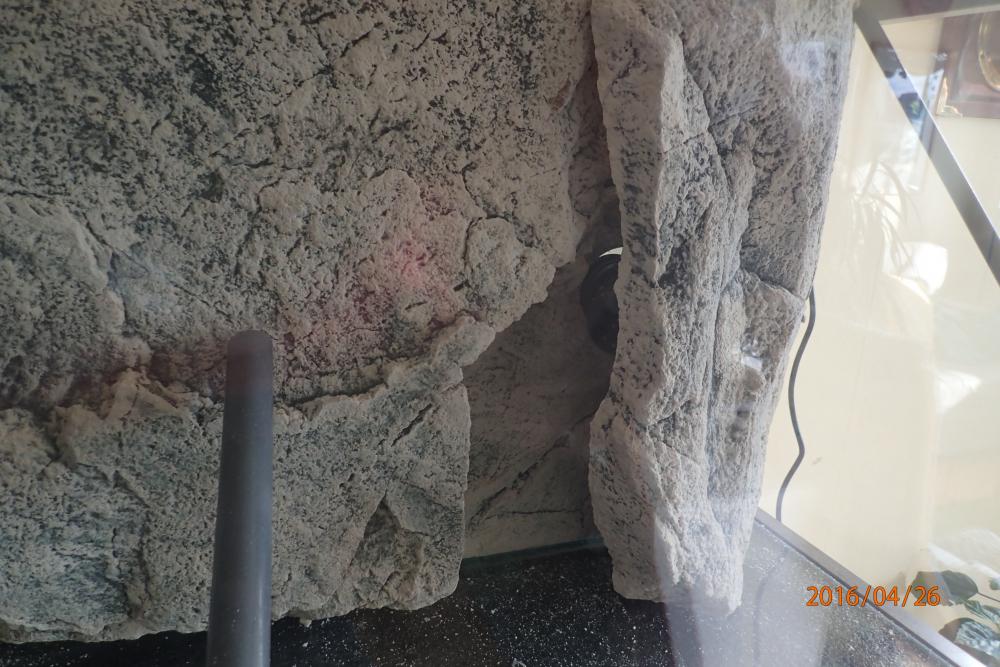 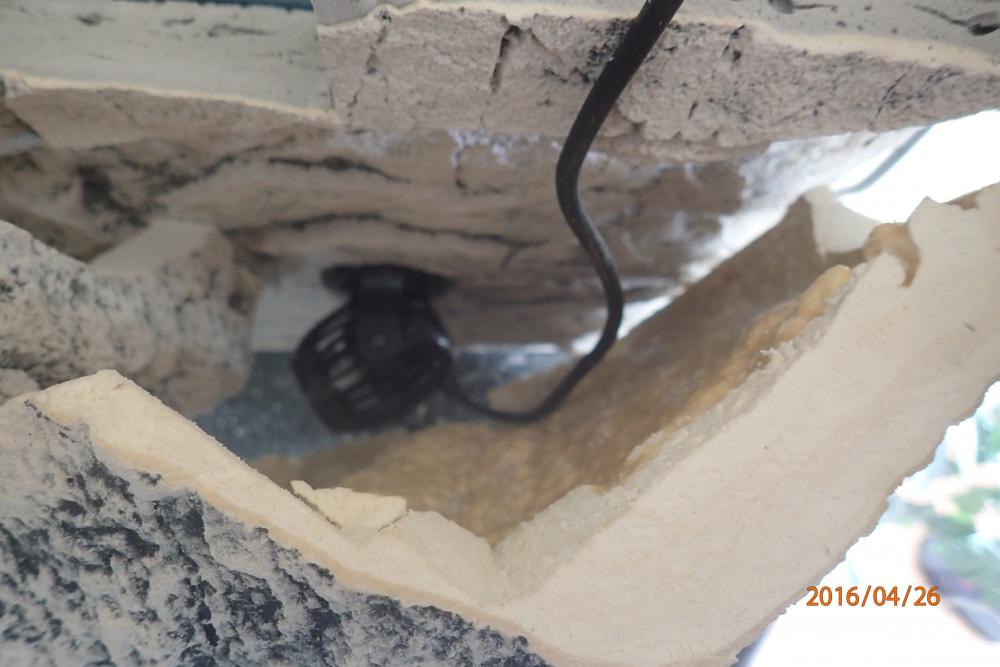 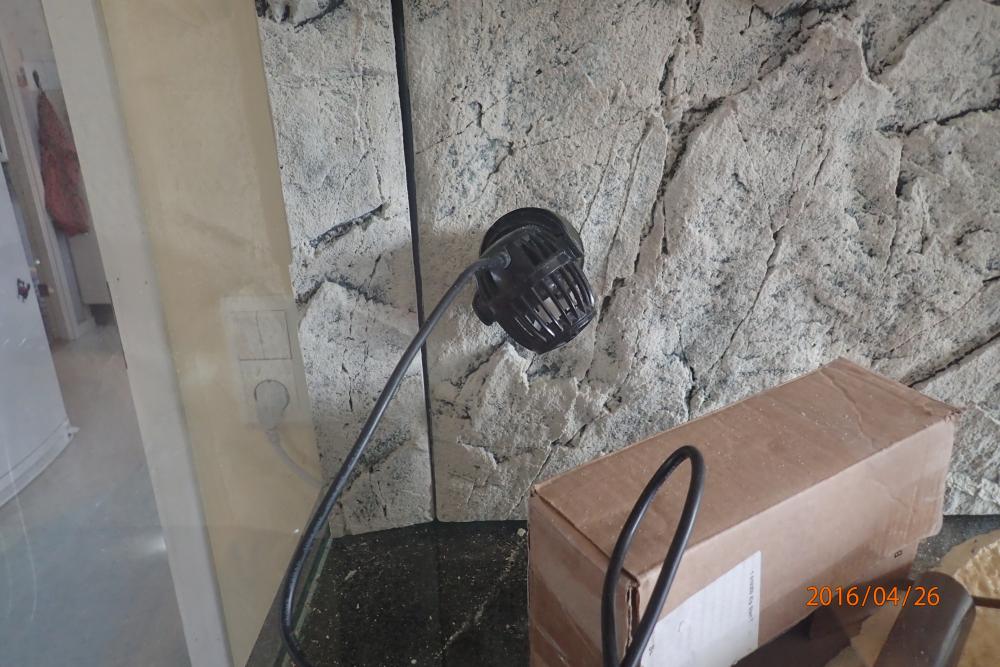 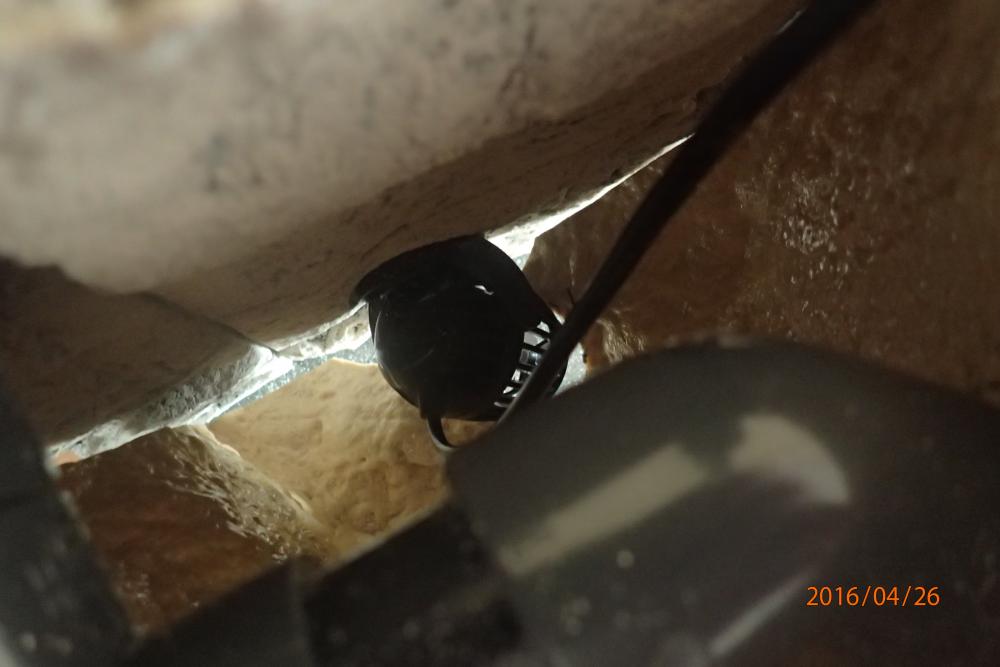 I´ll come back with the biological part

Rating - 0%
0   0   0
Welcome to R2R, You guys across the Atlantic really know how to setup up a system. The tank turned out beautiful. Is the back wall fiber glass and painted? It going to be really nice to see when you have everything filled with water and running. I am also happy for you that the tank came, or you would have that look for a long time from you girlfriend/now wife. I know that look too
OP

Rating - 0%
0   0   0
Please Admins - will you edit my first post and take away the thumbs and place the full size pictures where they should be. I try but my edit time run out

Lasse said:
Please Admins - will you edit my first post and take away the thumbs and place the full size pictures where they should be. I try but my edit time run out

But one thing is for sure – there will be some unusual solutions and thoughts – how wise – we will see after a couple of years.


As you can see – there is a special compartment at the back – behind the not total complete coast to coast overflow. This compartment is intended to contain a DSB. I will use it for other things, too - more on that later in the thread

I intend to have a water crevice under the bed (I could not find a better word than crevice for this – I think that plenum is an accepted term also). An old under gravel filter will be my base 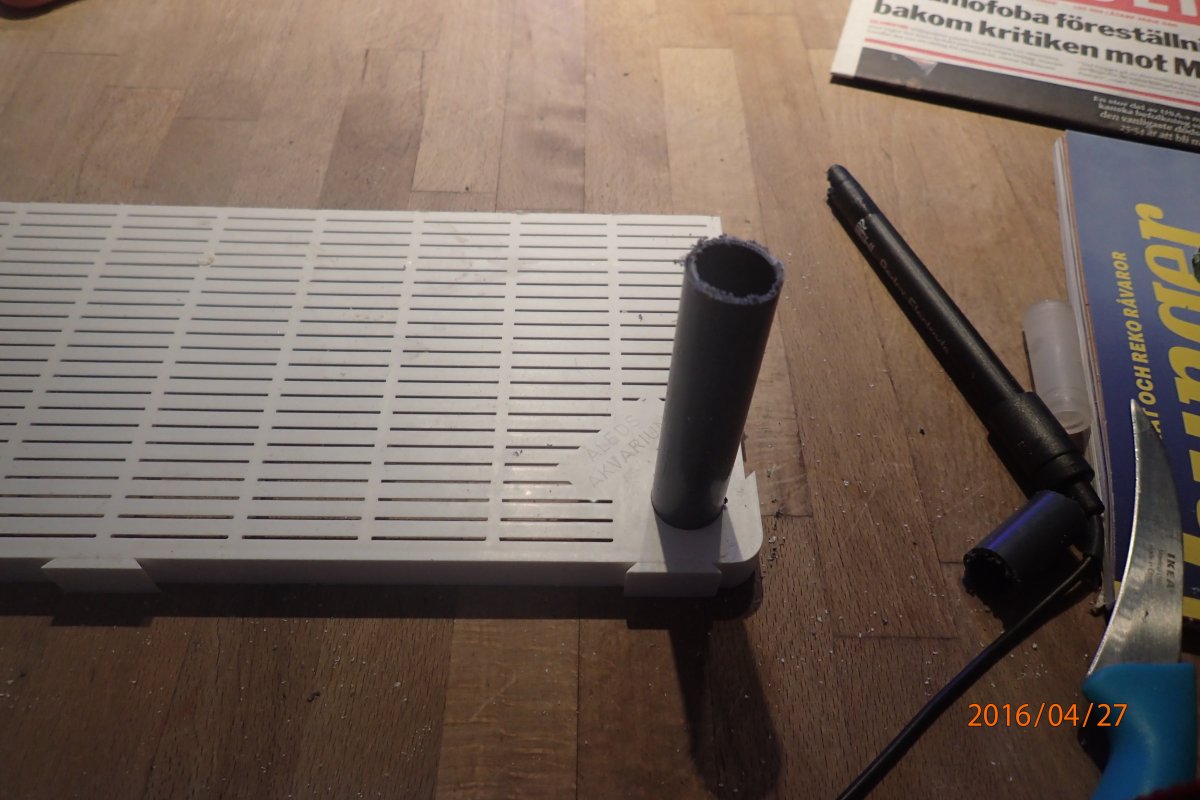 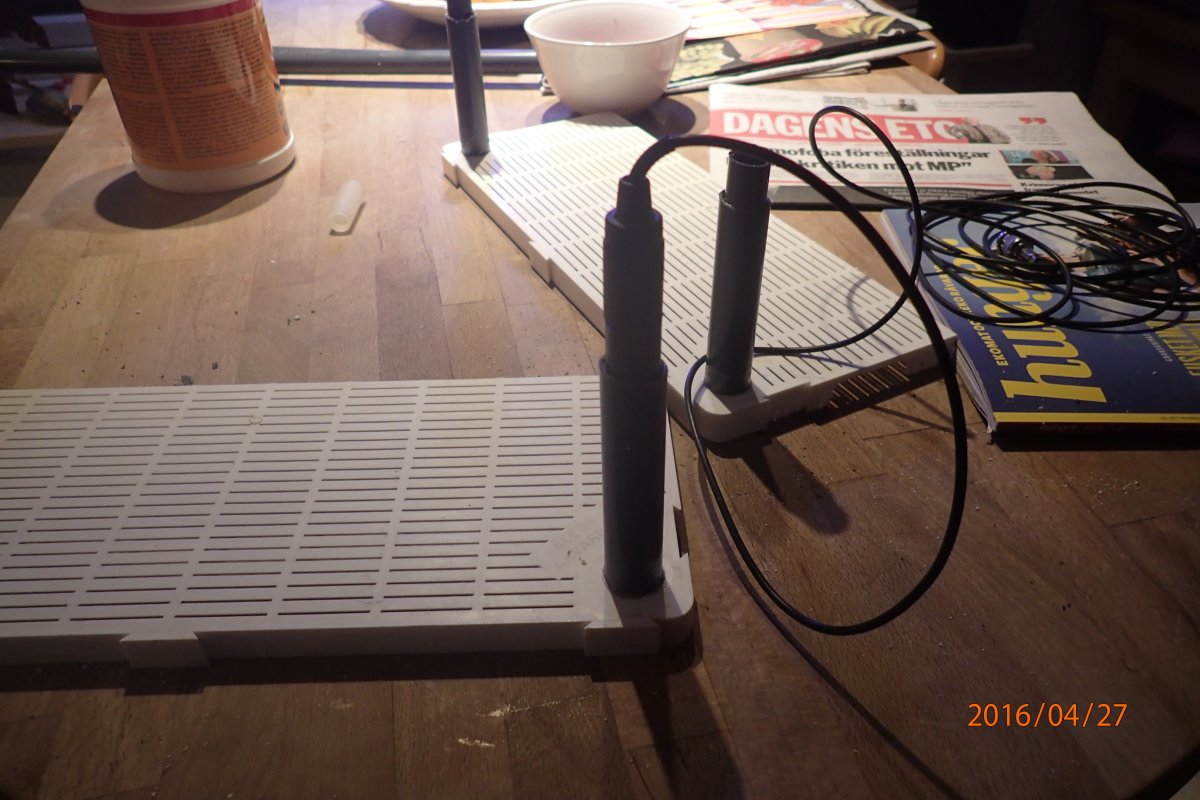 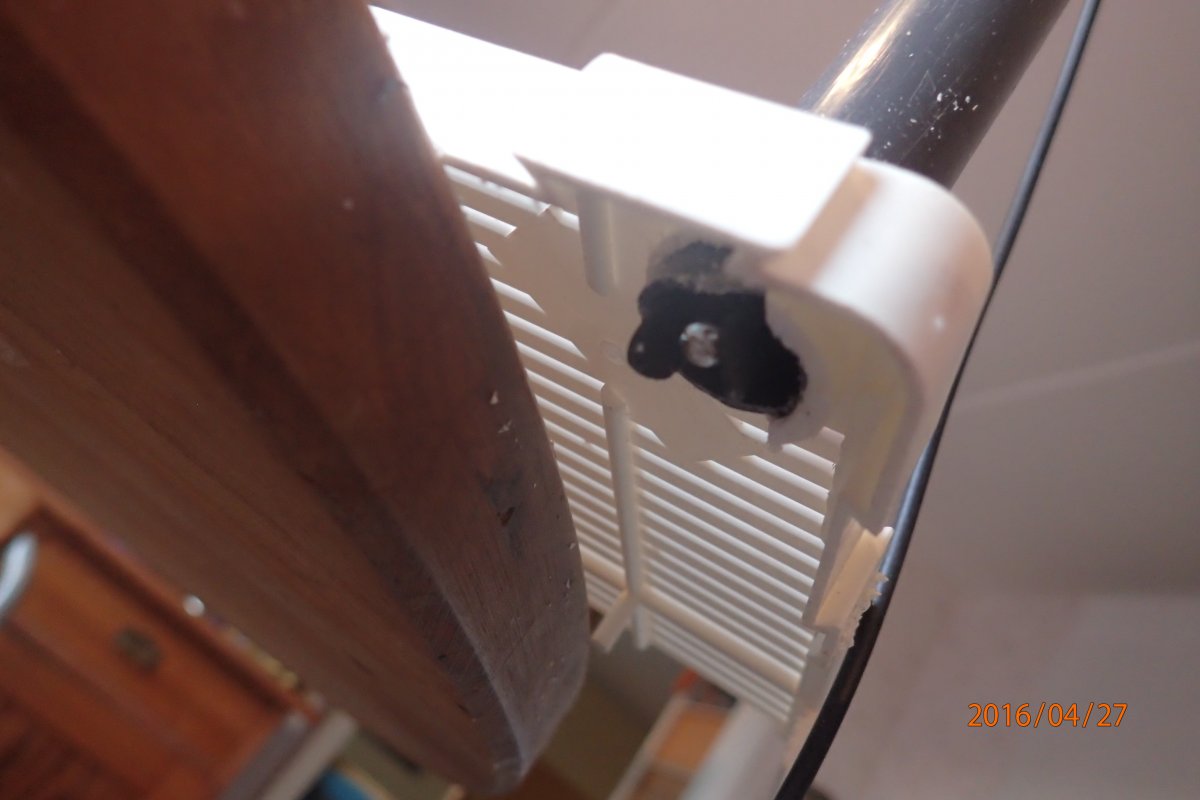 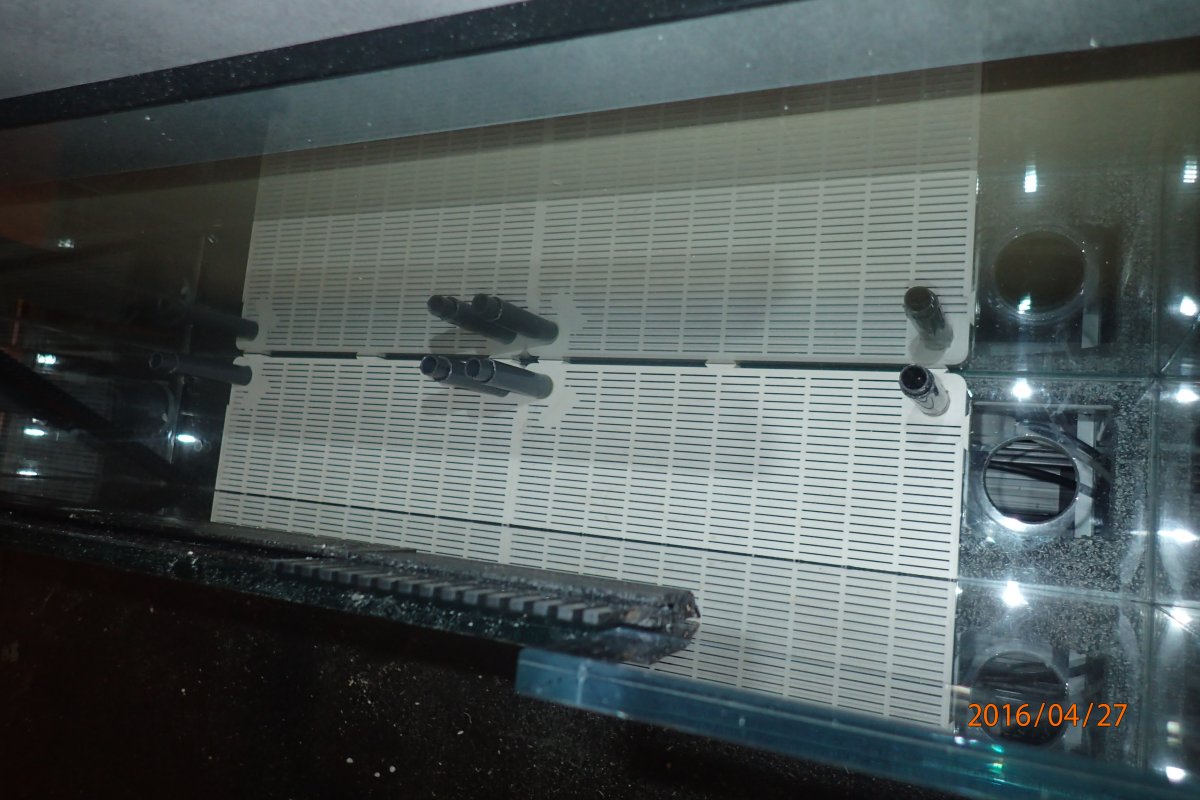 ​
There is 4 pipes - the reason for this is that I should also be able put things down under the gravel (organic carbon as an example) , suck upp others (Phosphate rich water as an other example). I will also put in a construction that will give me the possibility to have a very slow flow through the bed (from the bottom and up) I will also put electrodes in the pipes 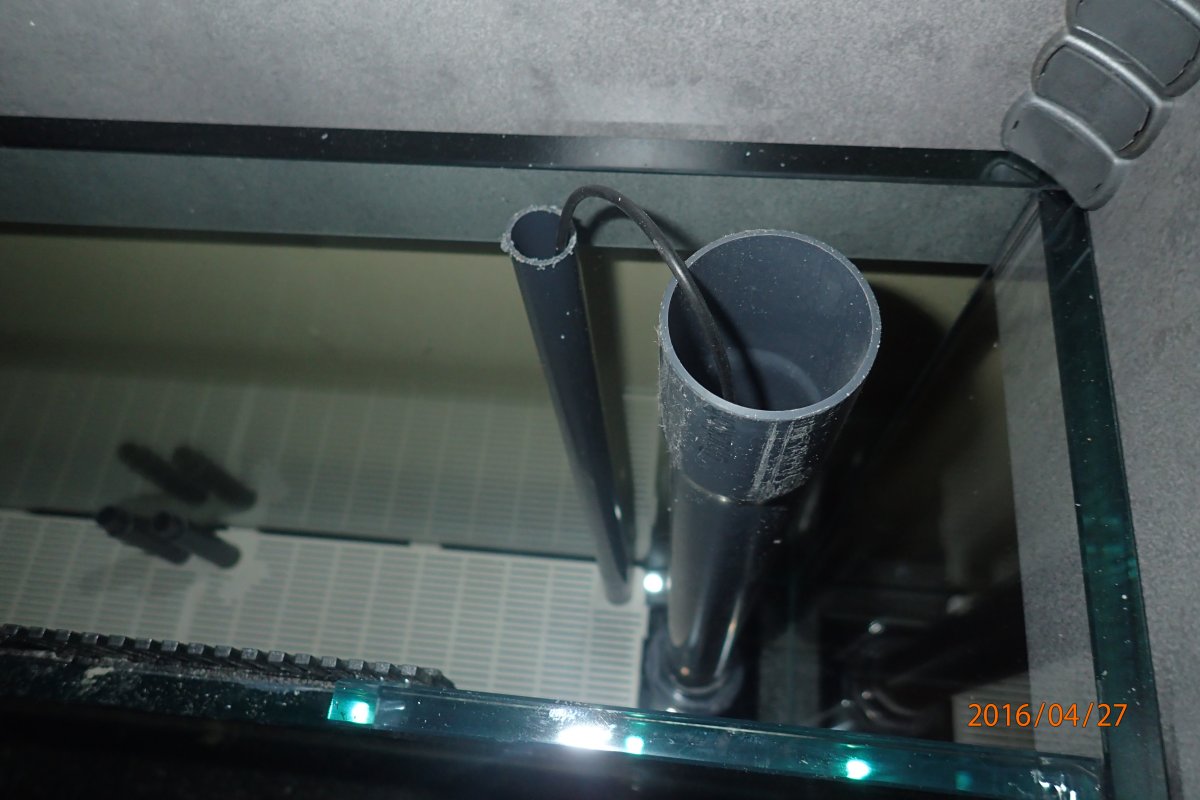 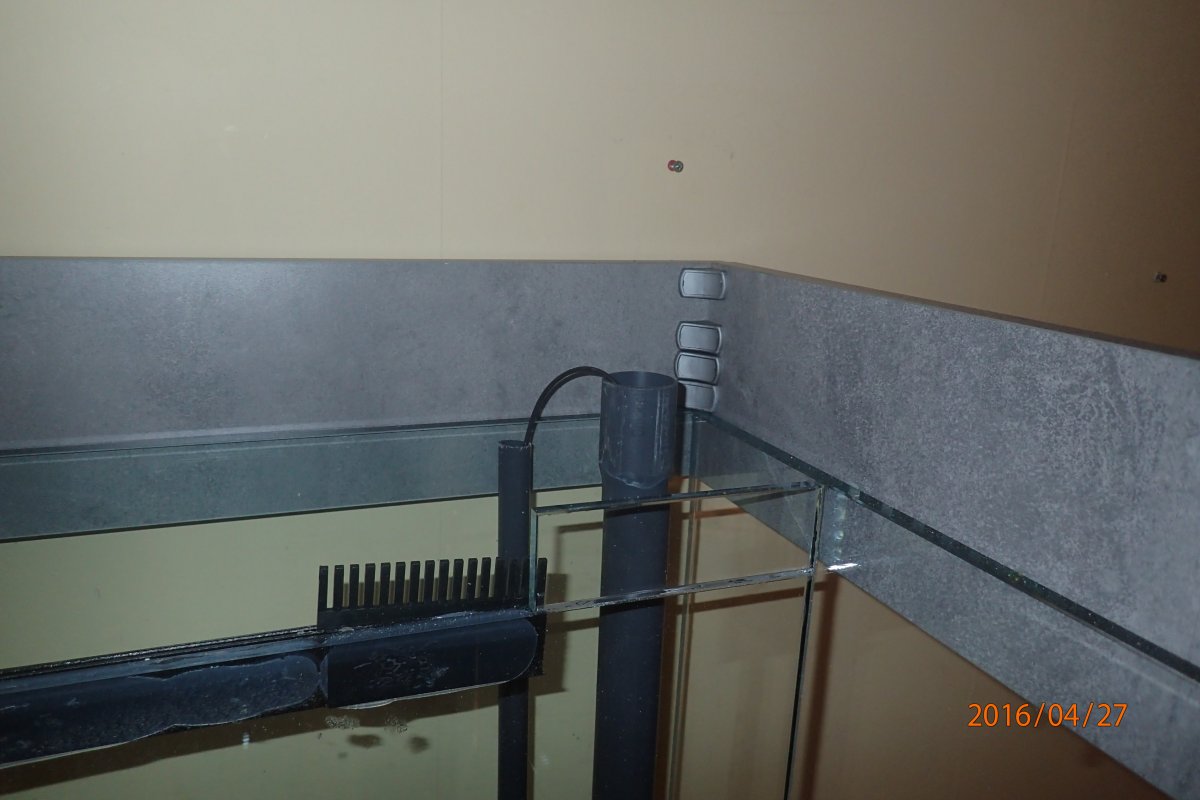 And this time I got the pictures right - by myself

Lasse said:
As you can see – there is a special compartment at the back – behind the not total complete coast to coast overflow. This compartment is intended to contain a DSB.
Click to expand...

That is a really clever idea, I do not think I have seen anything like that before. I wonder if I should turn my corner overflow into a DSB?


hope the ATO Container didnt have anything in it. It is labeled flammable

@Larry L I have not tested this idea before so I do not know if it will work the way I want.


usernam invalid said:
hope the ATO Container didnt have anything in it. It is labeled flammable
Click to expand...

Nema problema - is well used as an ATO container - 6 years. And when it was new - it contain alcohol - not Vodka but an alcohol mix for heatpumps

Rating - 0%
0   0   0
Could you supply more detail on why an under gravel filter and what all you expect from it? If I read it right it appears to be a reverse flow. There is a R2R member that has used that for years with great success.
OP

Rating - 0%
0   0   0
@klp It´s not an under gravel filter as 40 years ago - not even a reversed flow under gravel filter as EHEIM introduced in the eighties. It is intended to be a DSB but with a very tiny flow upwards. I´ll try to create a denitrification area in the bottom of the DSB and need a tiny flow just to have the water going through the bed and also for bringing down a fast organic carbon source to the denitrification point. Which source it will be – I haven’t decided yet. There is one source that no one use yet which I'm mighty tempted to test – skim mate from the skimmer. Pure bacteria that will create an anaerobic zone that in the long run can act as an internal fast organic carbon source. The environment I´ll create will also be rich in carbon dioxide and the pH up through the bed will hopefully act as an internal calcium reactor. The bottom water will be rich in both phosphate and ammonia and maybe I´ll use this resources also. Over the DSB I will have a reversed refugee of macro algae. If I succeed to have a tiny flow through the DSB upwards – I maybe only run the flow during night so I´ll bring up both carbon dioxide, phosphate and ammonia to the macro algae.

This build is a test aquarium where I have combined a lot of ideas. I´ll follow up it with measurements and also experiments to see if I will be able to regulate what’s happen. There is Dutch ideas that are rather similar with mine but how similar I do not know because I have not study their work at all.

I´m aware of that I´ll maybe will construct one of the best hydrogen sulphide reactors in the world – therefore I will handle my return pump in such a way that it will not start in 15 minutes after a power break – it will not start before the skimmer working good. I will also have at least one oxydator in the sump, maybe a small one over the DSB also (oxygen neutralize hydrogen sulphide momently)

Lasse said:
The DT will be a mixed reef so everything is done in order to give the corals as good environment as possible

I have no doubt that you know what you are doing

Rating - 0%
0   0   0
Thanks for the quick reply. Please forgive what may be dumb questions due to a lack of understanding.
1. You say "I´ll try to create a denitrification area in the bottom of the DSB and need a tiny flow just to have the water going through the bed and also for bringing down a fast organic carbon source to the denitrification point." Most DSB depend on no flow and are used to denitrate not denitrite the water. I am confused as to what you are doing. Most likely you are way ahead of me on this one.
2. How are you going to create a "tiny flow"? If trickle down is it gravity feed?
3. You say "bringing down a fast organic carbon source to the denitrification point". I had thought it was reverse flow from a previous comment. Will the flow go from top to bottom or bottom to top.
4. If the flow is bottom to top the where is the denitratification taking place if that is in your design?

Thanks for putting up with my questions. I am very interested in your research. Got a big chuckle out of your factory comment. Thanks again for the interesting project whether I understand it all or not!