My name is Raw and this is my build thread. I am a 26 y/o who was lucky enough to get a 90 gal tank from my parents. This tank was running for about 10 years or so, before it was passed to me about a year ago. Running mainly as a FOWLR since any corals they had were gone long before they passed it on to me.

So in the tank when I received it was :

New fish since I've had my hands on it :
2 black percula Clowns
Six line Wrasse ( my favorite )

Fish that did not make the cut -
Pink tail triggerfish - I actually fell in love with this guy when I saw him so I brought him home no hesitation, it wasn't until I did my research until I realized I had made a mistake. He was actually quite the character and a very good tank mate. I traded him back into the LFS however, due to the fact he would outgrow my tank and limit the livestock that I can have in my reef.
Goldhead goby - Darted under a rock as soon as I dropped him in the tank never to be seen again until he was just a floating corpse
Firefish Goby - Was told these do well in pairs so I felt I should get the lonely one in my tank a buddy. Unfortunately they never quite got along and this Firefish Goby was extra jumpy since day 1, not sure what it was that got him but he disappeared after a few weeks in the tank, presumed dead.


So I will admit I have gone a bit crazier with adding corals and inverts. But I feel like it all has been worth it!

Here' s the first pic I took of the tank when I got it after making a few purchases at the LFS :

Arrow Crab and Condy Nem are no longer in the tank. The nem got caught by my power head about a month ago and did not die right away but was not able survive the injuries unfortunately. The arrow crab was returned to the LFS after he started picking at my first Zoa frags.

Needless to say this has been a learning experience since the very start.

Here's a pic of my reef taken today, and some random photos I've taken of the beauties in salt box that I love : 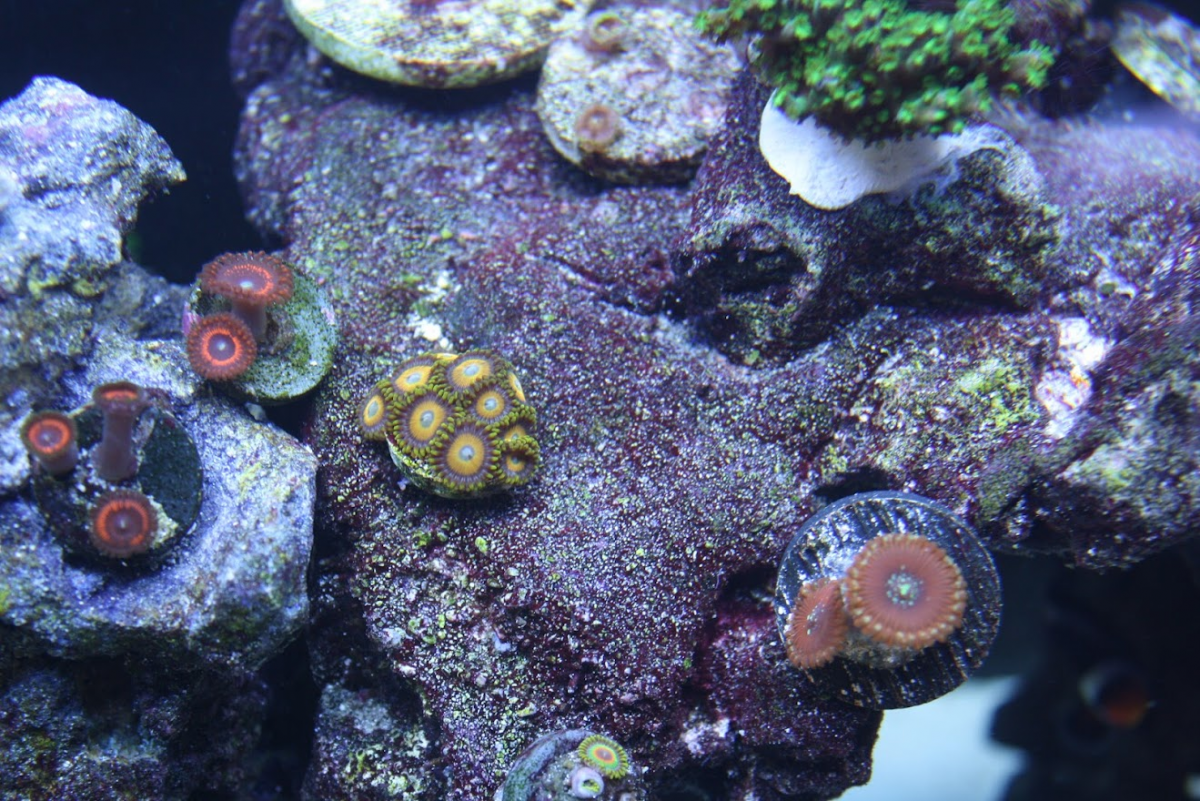 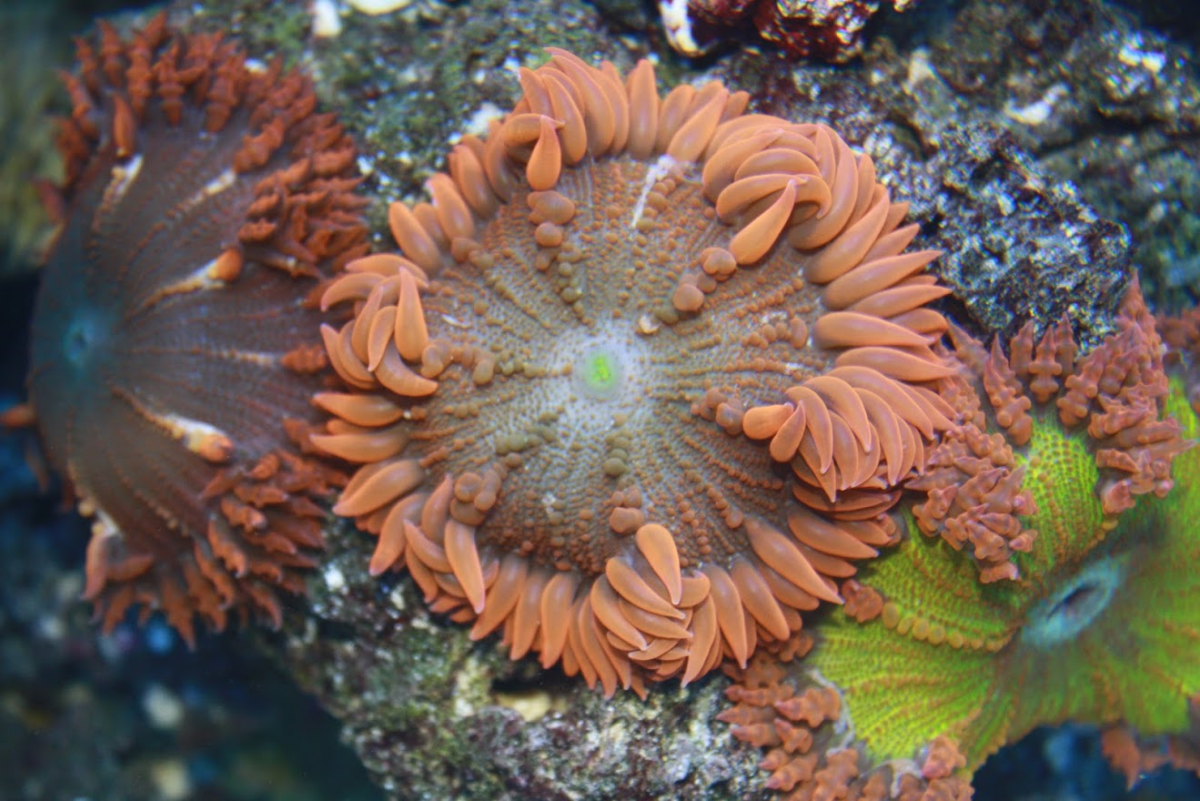 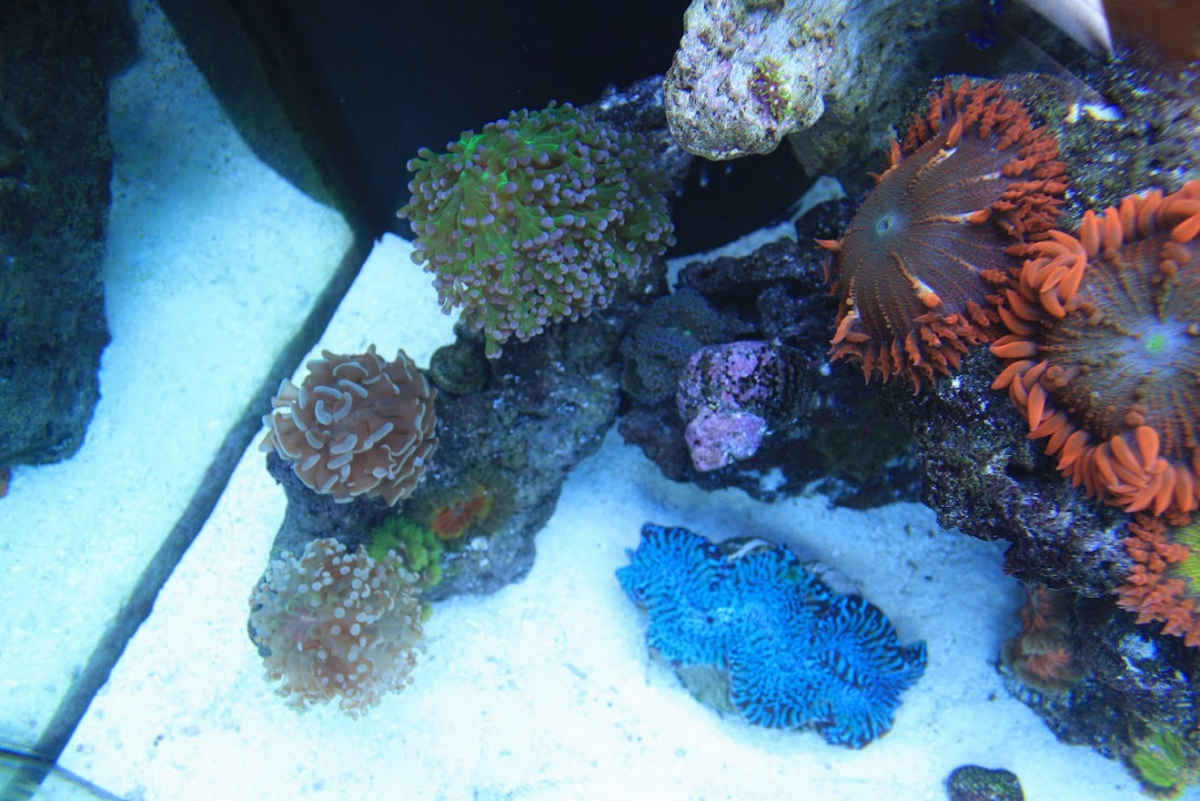 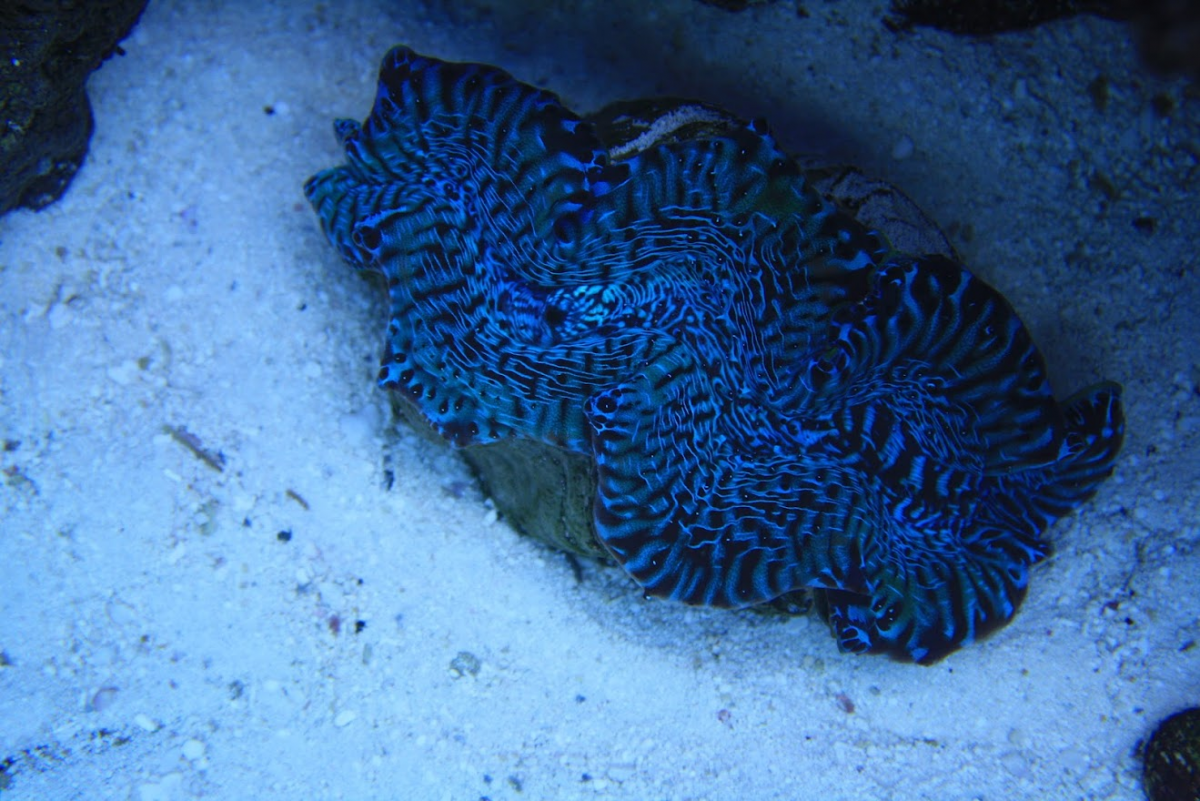 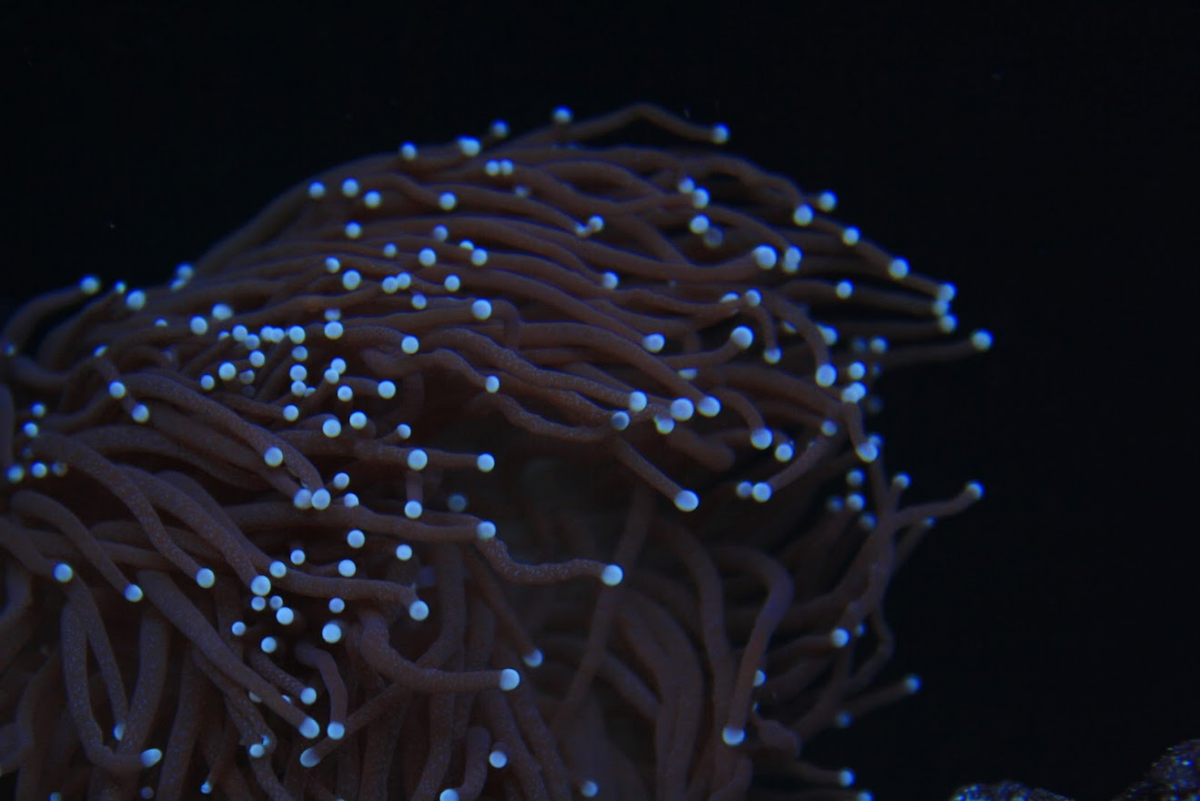 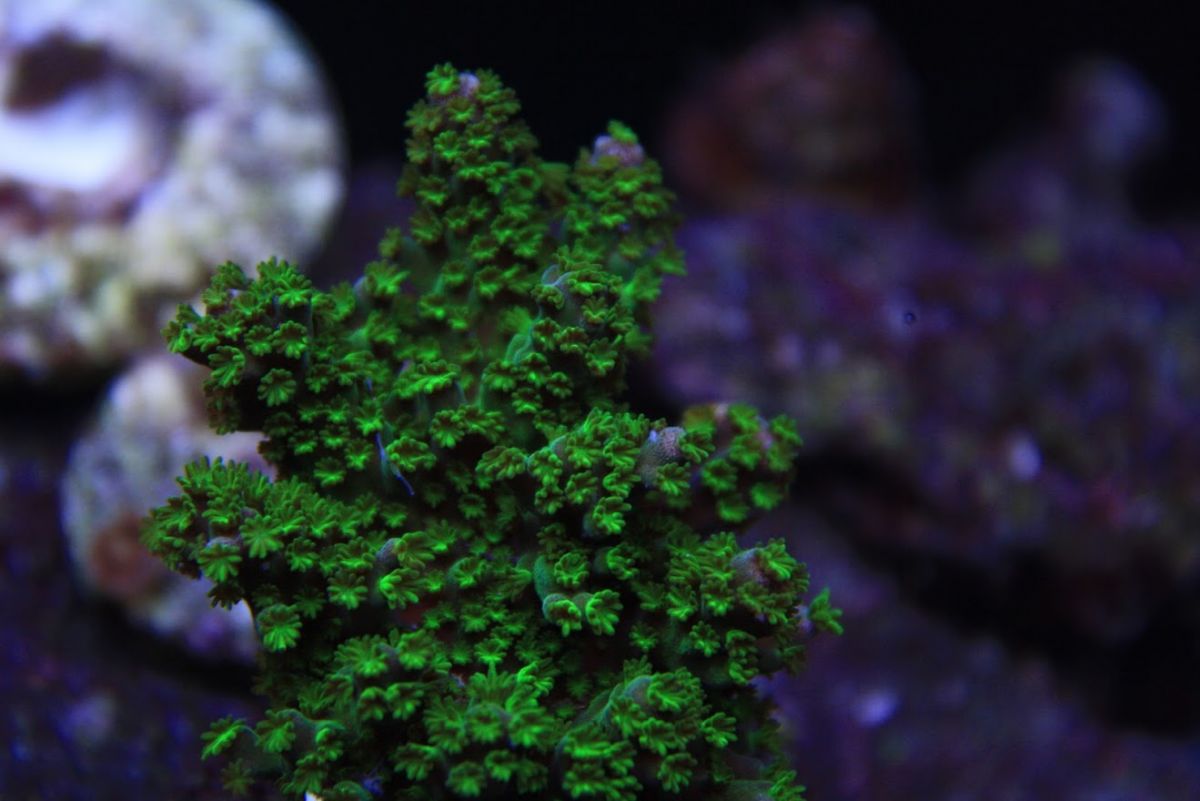 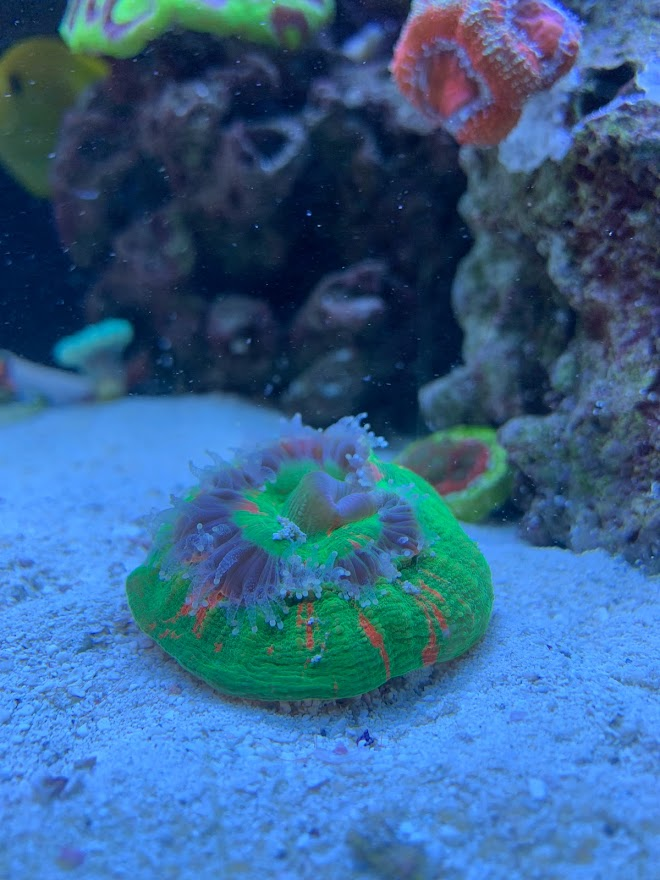 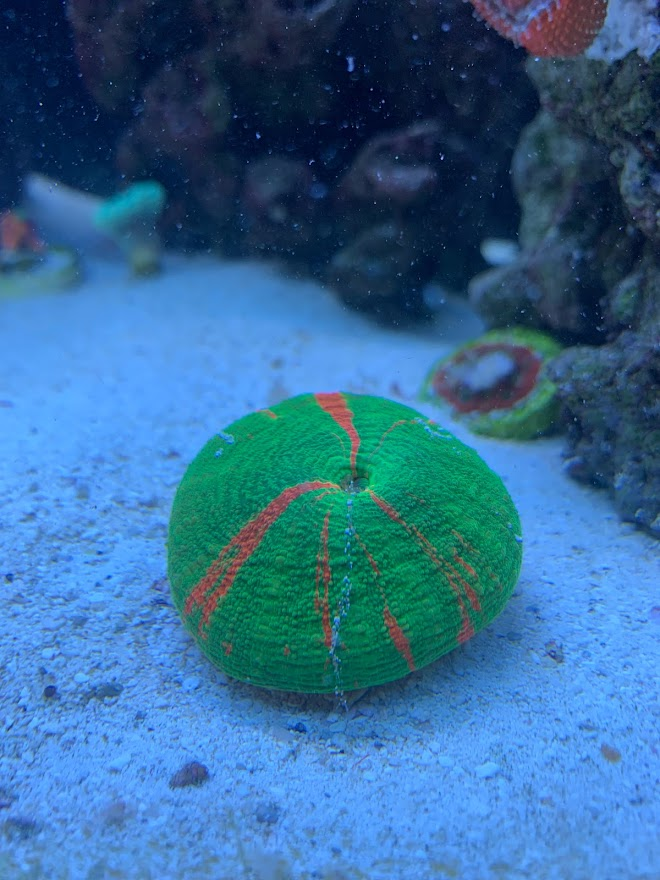 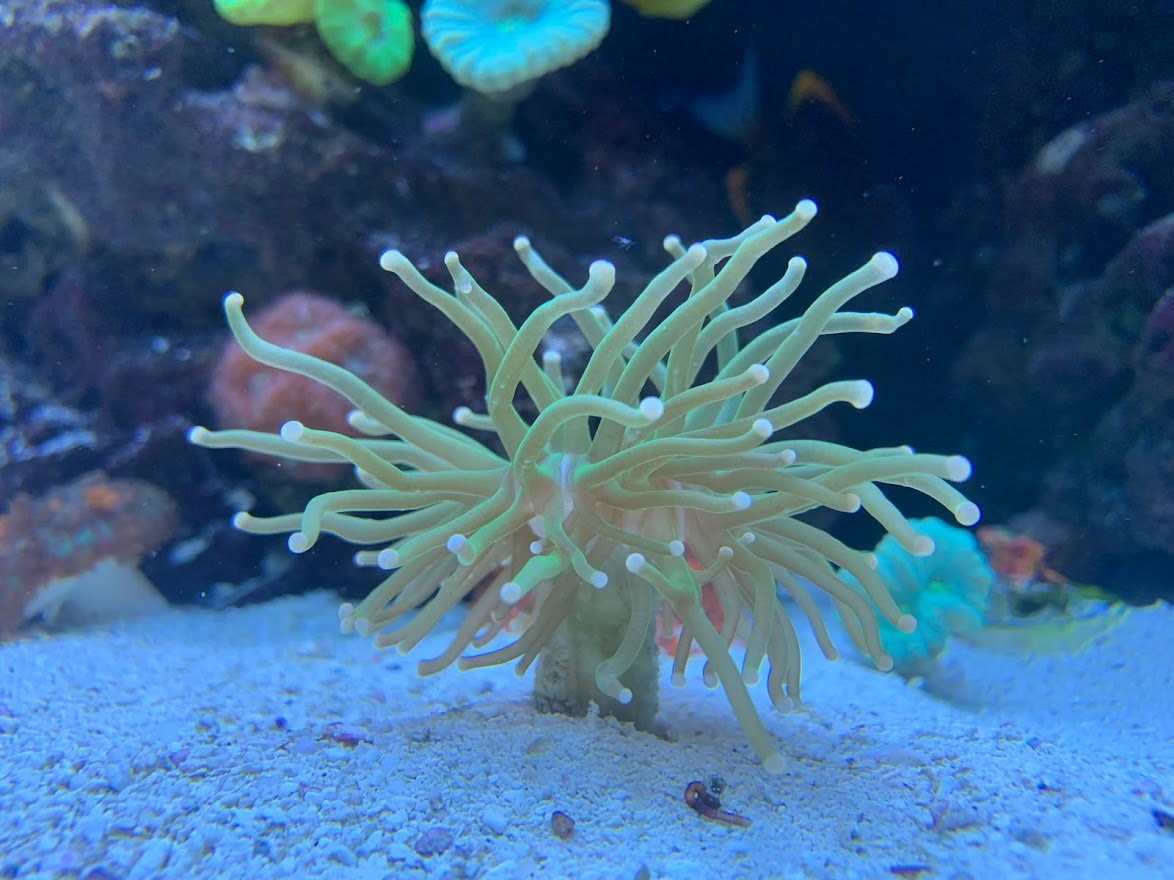 Rating - 0%
0   0   0
Beautiful tank man. Lots and lots of corals. That thing is going to fill up quickly when everything grows. Gonna be awesome.
OP

bevo5 said:
Beautiful tank man. Lots and lots of corals. That thing is going to fill up quickly when everything grows. Gonna be awesome.
Click to expand...

Thanks!! That's what I am hoping for!!

It's already pretty awesome seeing some growth especially with my RFAs, some zoas and of course my Xenia and GSP.


Here's a little pic of the RFA's when I first got them. I've purchased quite a few more but the ones in this pic have doubled or tripled in size in just a short time! 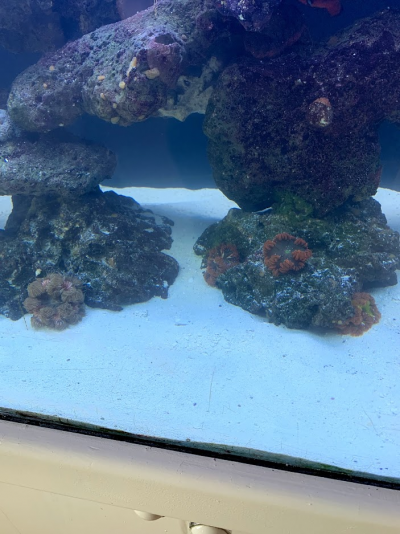 since then I upgraded to a way more massive system and am in the process of finalizing everything.

Will probably make a new build thread if I can figure out how to do that. But here’s some pics for now ! 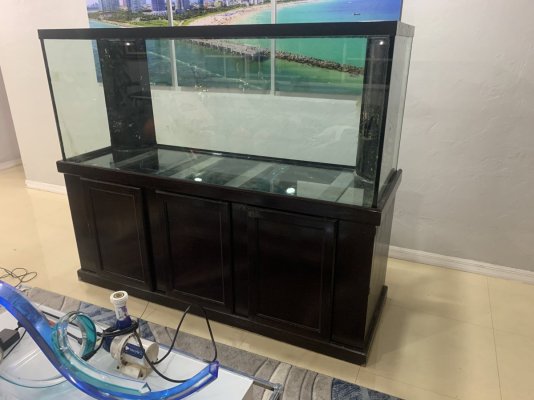 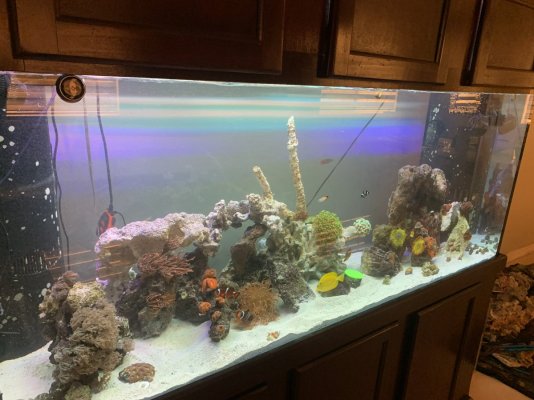 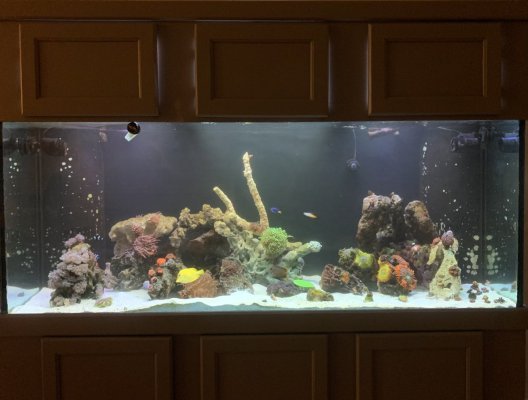 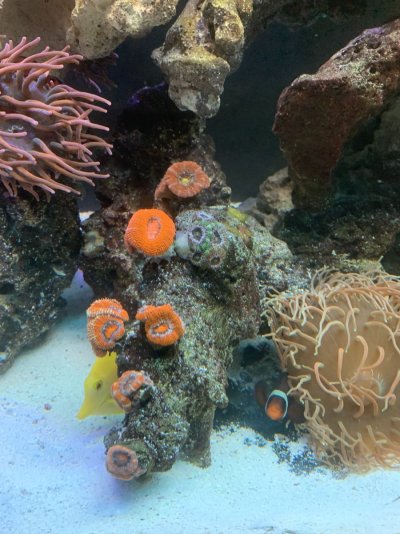 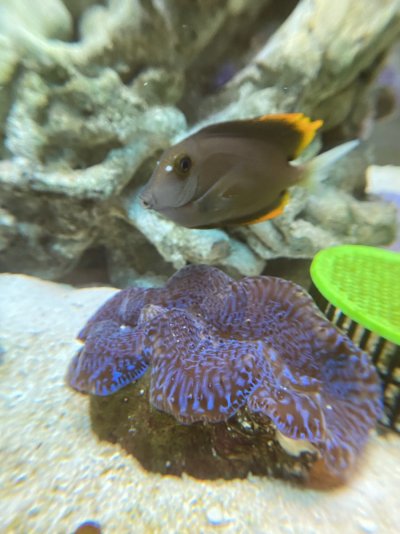 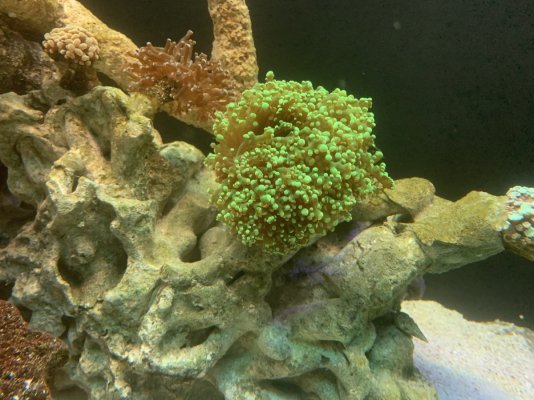 How many gallons did you end up going with? I have a similar sized tank to your original and I'm running out of room.
OP

ccole said:
Very nice tank! I love all the RFA and your clam. What kind of lighting do you have?

How many gallons did you end up going with? I have a similar sized tank to your original and I'm running out of room.
Click to expand...

as for the size it’s a 220g display with a pretty huge sump so I’m not sure on total gals of the system. Definitely lots of real estate compared to the 90g!

Definitely want a blue hippo and a powder blue tang that’s probably the main reason I wanted a larger tank.

But I will wait till the time is right. they are a bit pricey I have heard and seen these fish can be very delicate. I want to make sure I can set up a good little qt system and acclimate them properly into the new system.

B
Firefish Goby Feeding and Behavior