I should have started this 6 months ago but better late than never. So my whole experience started back in August. I picked up a used 60g cube that someone was selling on Facebook Marketplace. I had to drive 3 hours away to pick it up. The tank only had a blue damsel and a clownfish in it that had been there for a couple of years. It also had alot of bristleworms and a ton of algae. After getting it home we decided to completely start over. So we decided to re-home the fish. I am fortunate to have a LFS about 5 minutes from me shout out to emerald bay in Old Hickory, TN. So i took them into my LFS and they were more than happy to take them. So after cleaning it was time to evaluate what i had purchased. It came with a Current Marine Controller, 3 wave pumps, 2 LED light bars, DC return pump. Also came with a Eshopps Eclipse S overflow, Eshopps RS 75 Reef Sump, Seaside Aquatics ES7 protein skimmer, plastic bio balls, Hydor ATO and almost forgot about the super cheap 100w Ohurley Heater. All in all not to bad for $400 i thought. So i officially started my tank on September 14 2020. I started with all the equipment stated above. I found a RO system used on Facebook as well for $50. I Replaced all the filters and added and extra canister for the deionization resin. So that would make it a 5 Stage RODI. I went with Marco Reef Saver Dry Rock and Caribsea Agralive Live Sand. For the cycling process i went with Dr. Tims and 4 small Clowns: 2 Standard and two Black Snowflake as suggested by my local LFS. The whole cycling process took about 3 weeks roughly. From there i started adding utilitarian fish and CUC as suggested from BRS. i got a Lawnmower Blenny, Six Line Wrasse, Royal Gramma, Yellow Tang, Blue Hippo Tang, Cleaner shrimp, Emerald Crab, Peppermint Shrimp and assorted snails and hermits. After adding all the fish and CUC i slowly started replacing and adding equiptment. Now before i go any further i feel i need to explain the whole "we" and "I" referenced above. So my wife and I both watched a documentary about coral reefs and decided we wanted a reef tank. So after discussing it we decided I would be the one to take care of the tank and she would be the one to enjoy it. She gets to make decisions as far as stocking the tank but everything else is all me. So a little bit about myself. I am the type of person who researches and over-analyzes everything. Blame it on the A.D.D. Baby. I am a HVAC Technician so i am a very DIY kind of person. I also Build Gaming Computers and also have built and still own a 3D printer. Well enough about me lets get back to the tank.

So here is a pic of the tank at setup 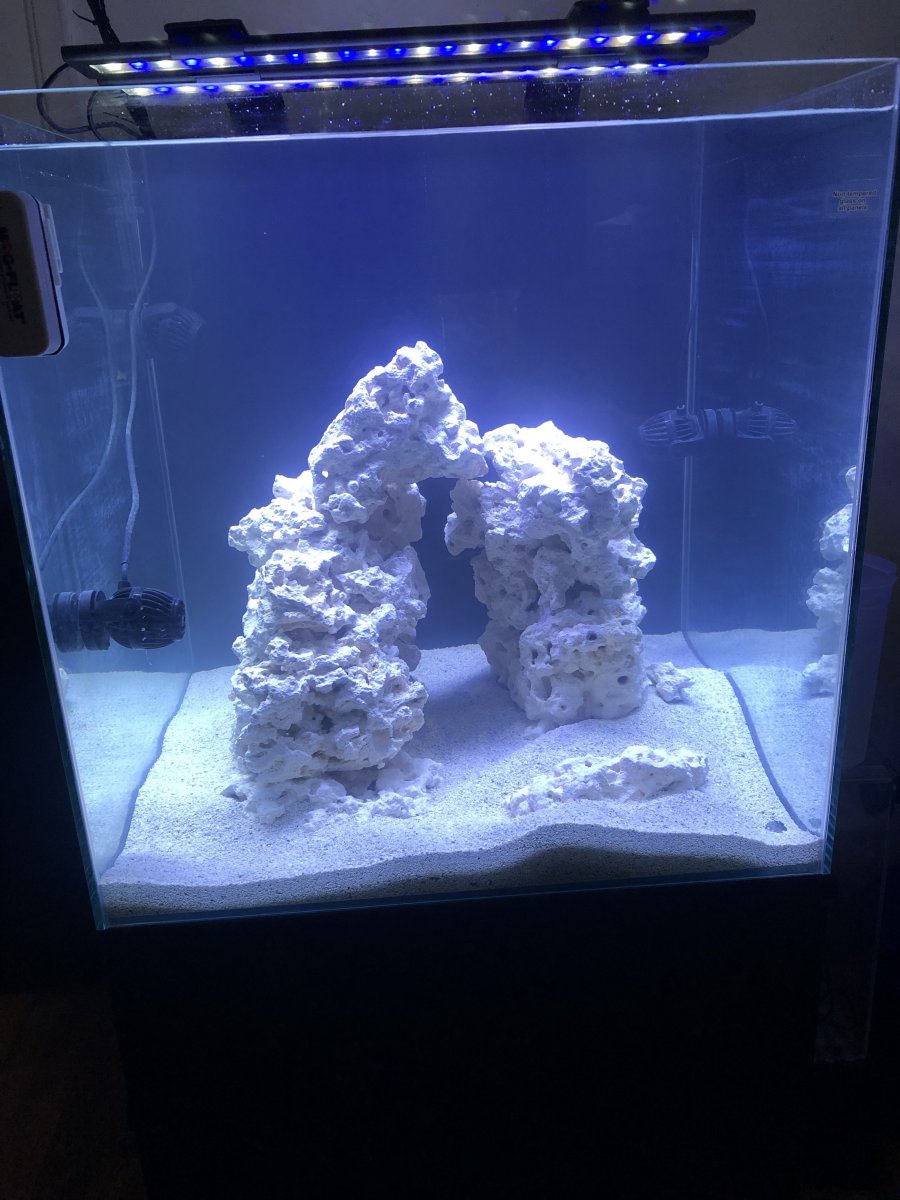 Here is a pic at 3 months 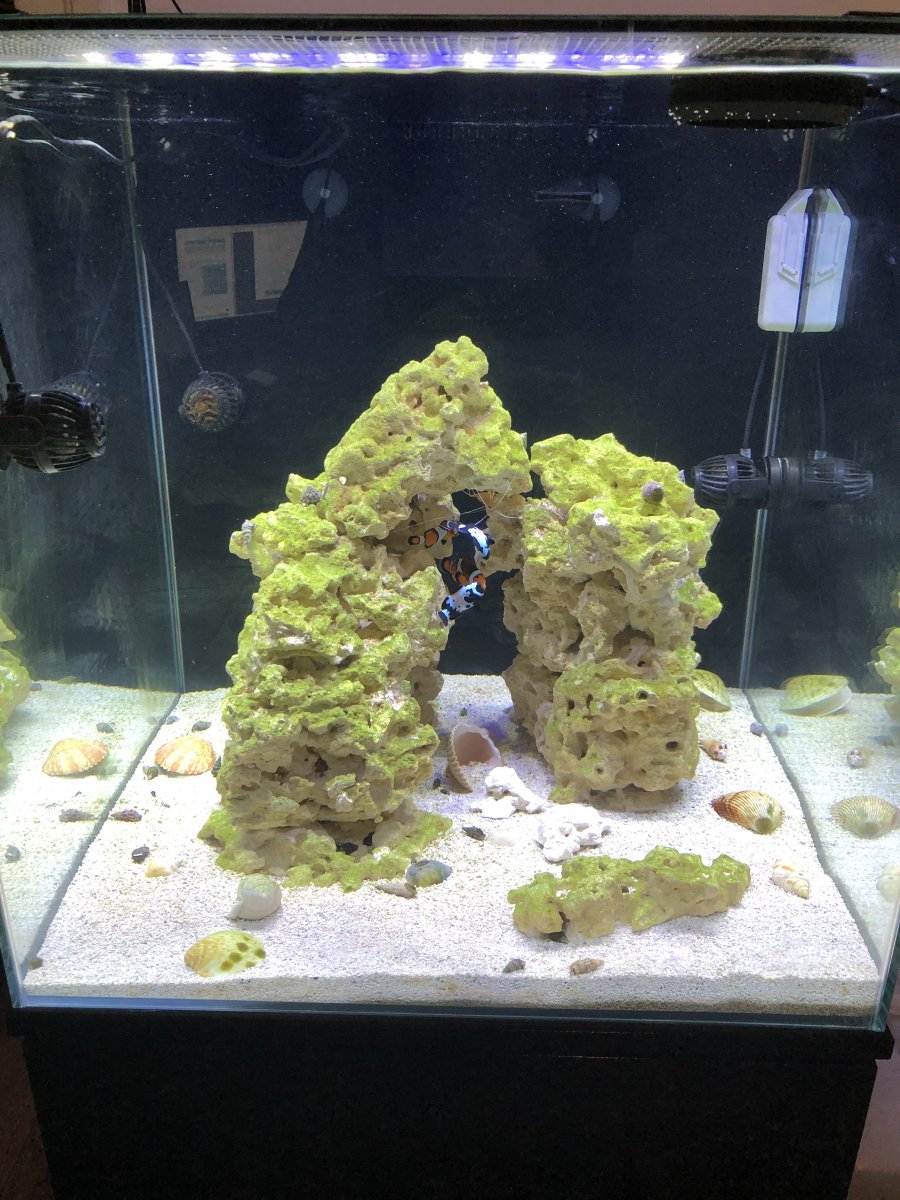 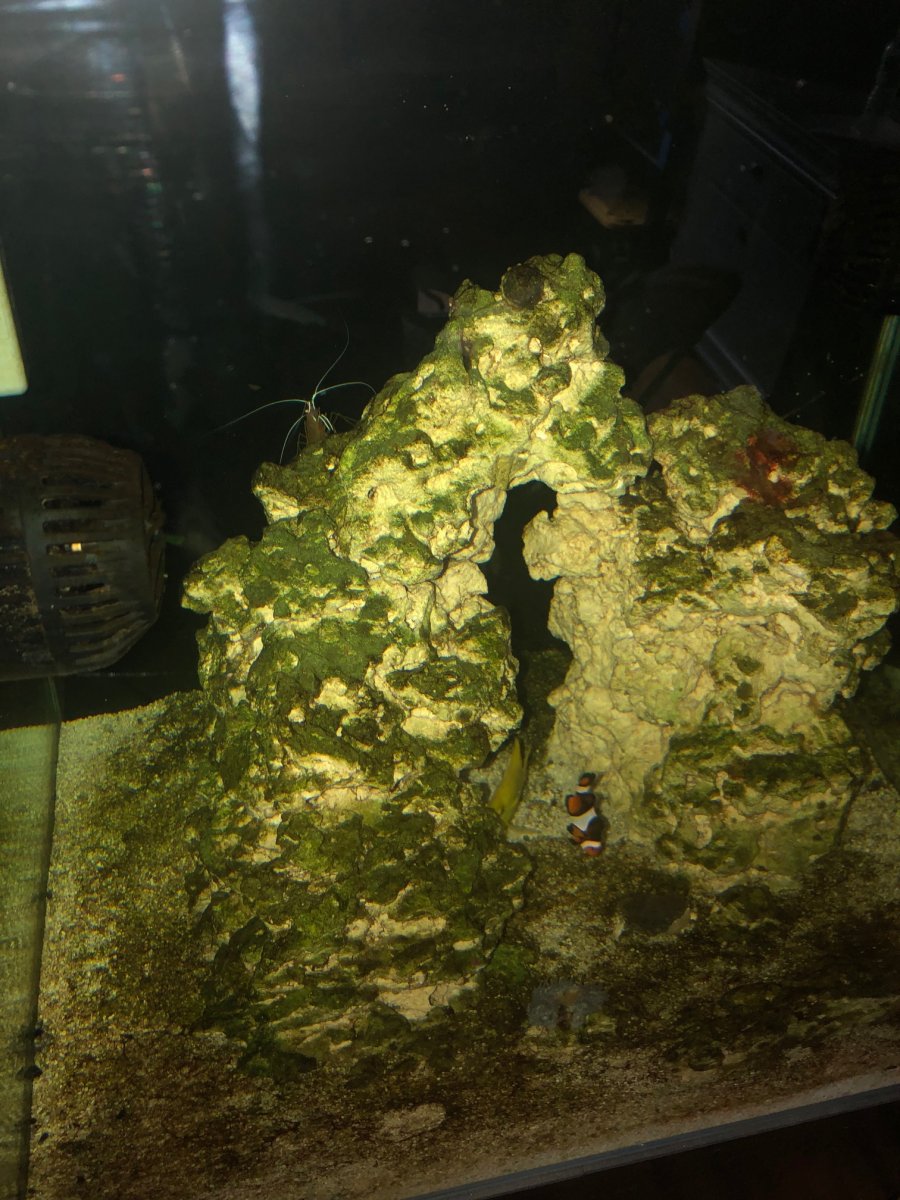 So from here I decided to go all in!! I invested a chunk of my savings into this.... 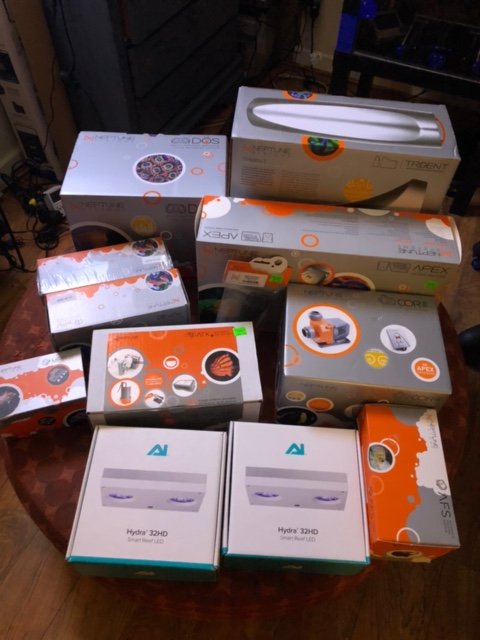 Here is my whole setup!! I also decided to add a frag tank to my display tank. 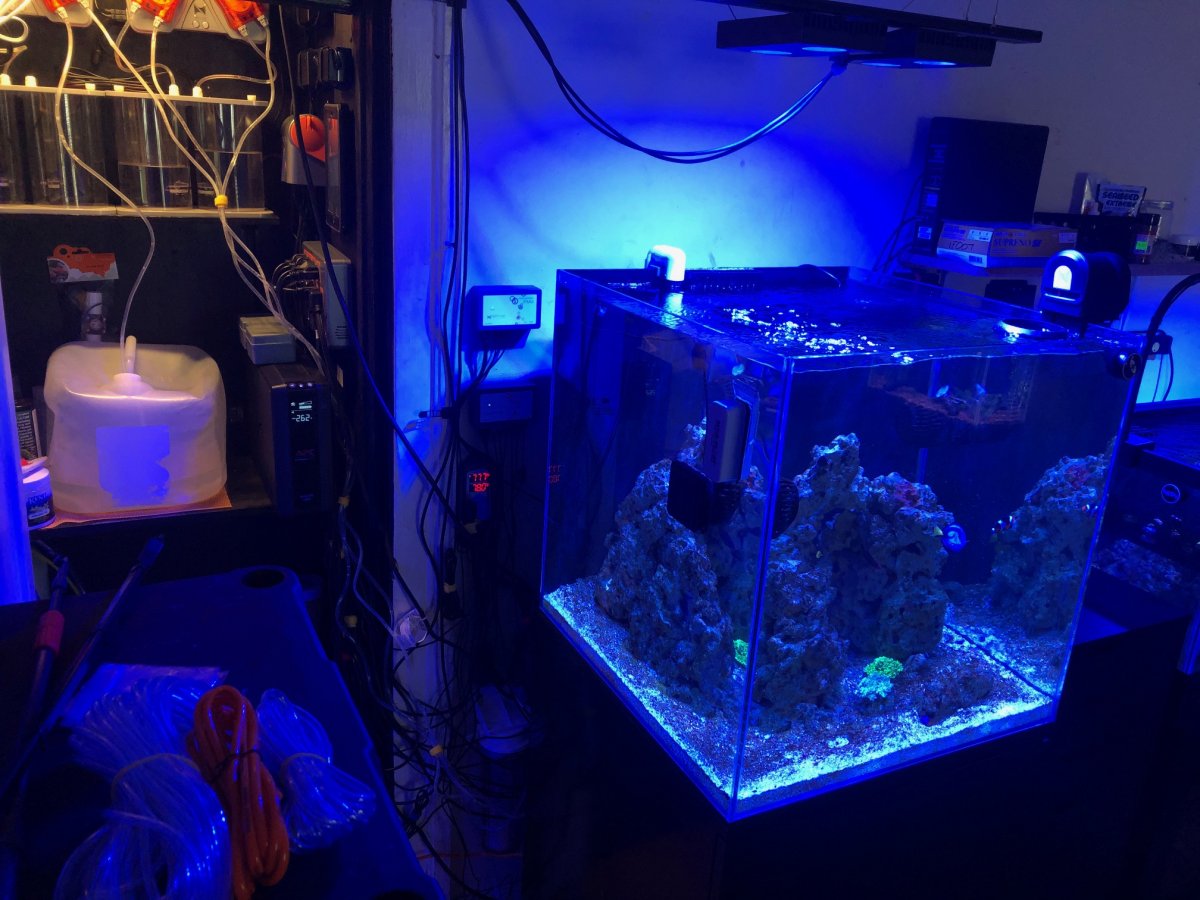 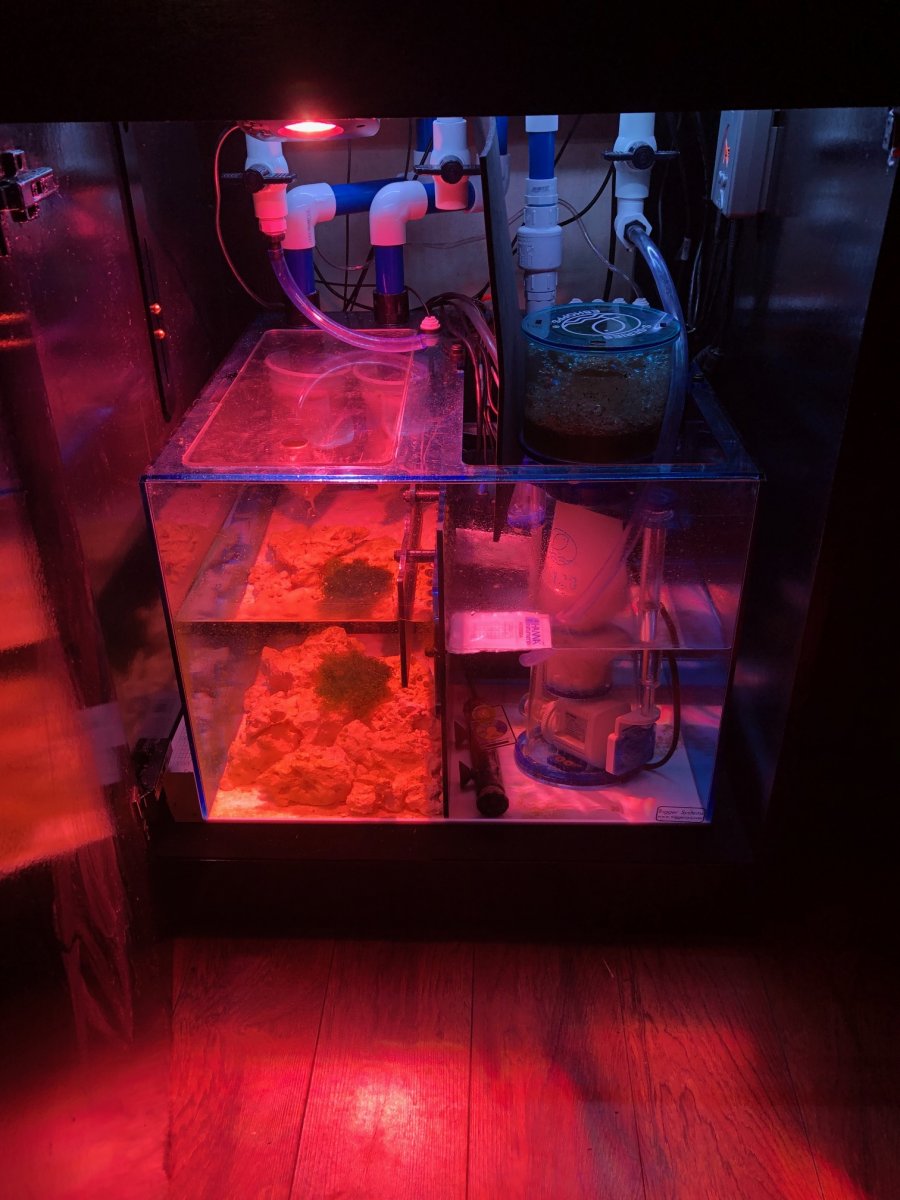 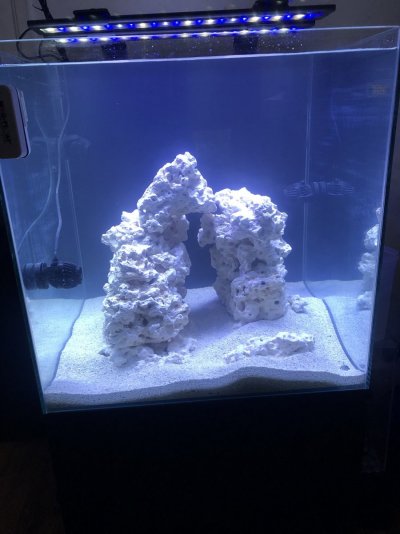 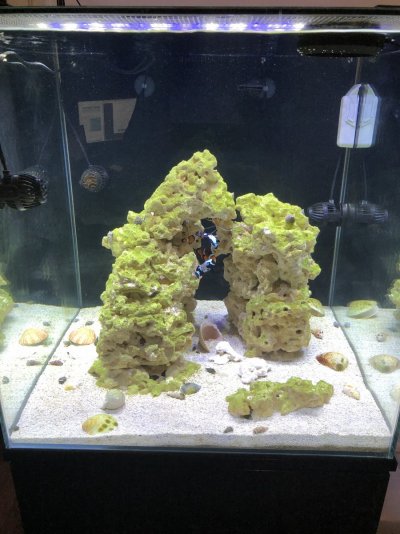 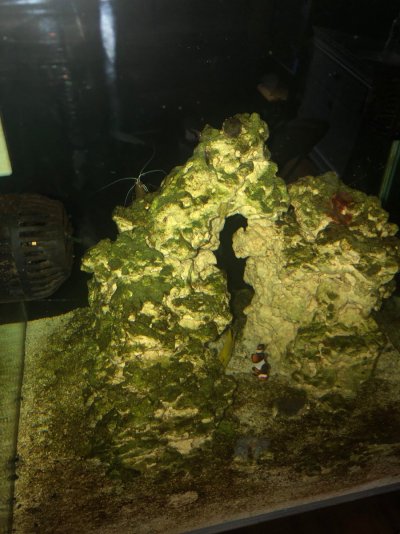 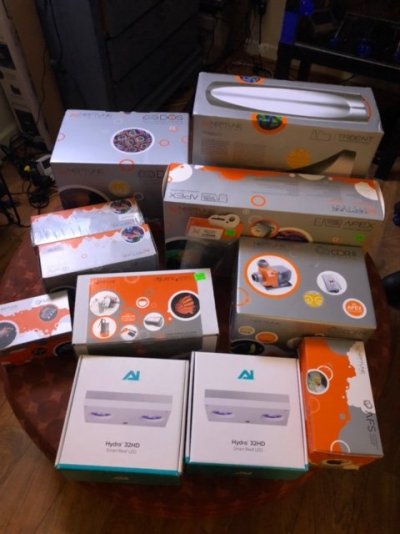 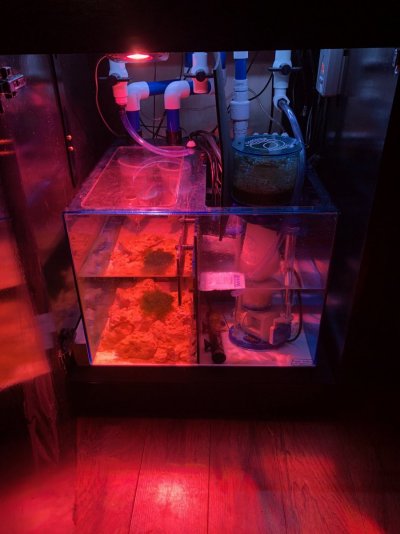 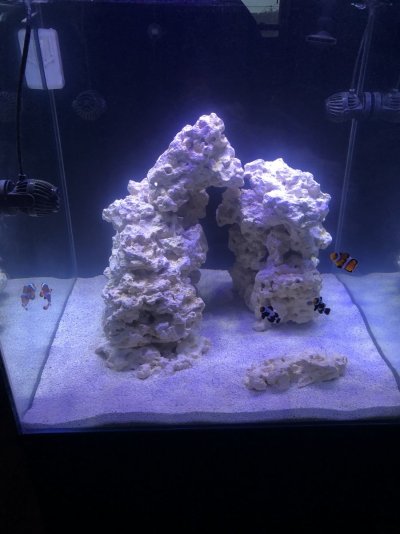 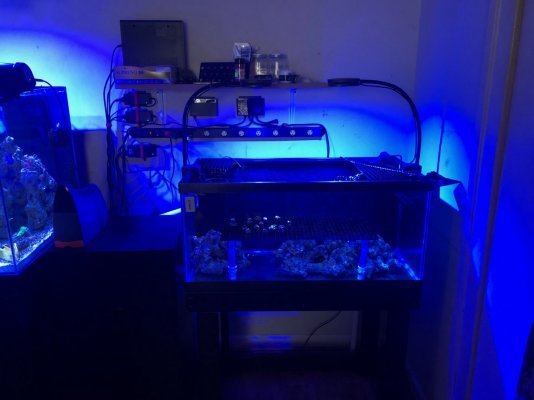 Nice setup! Get ready to start planning your next tank... the addiction is real LOL
R

What kind of sump is that?
OP
W

SaltyT said:
Nice setup! Get ready to start planning your next tank... the addiction is real LOL
Click to expand...

Thanks!! Funny you say that I picked this guy up off Facebook!!! Btw know anybody who needs a sump! Lol 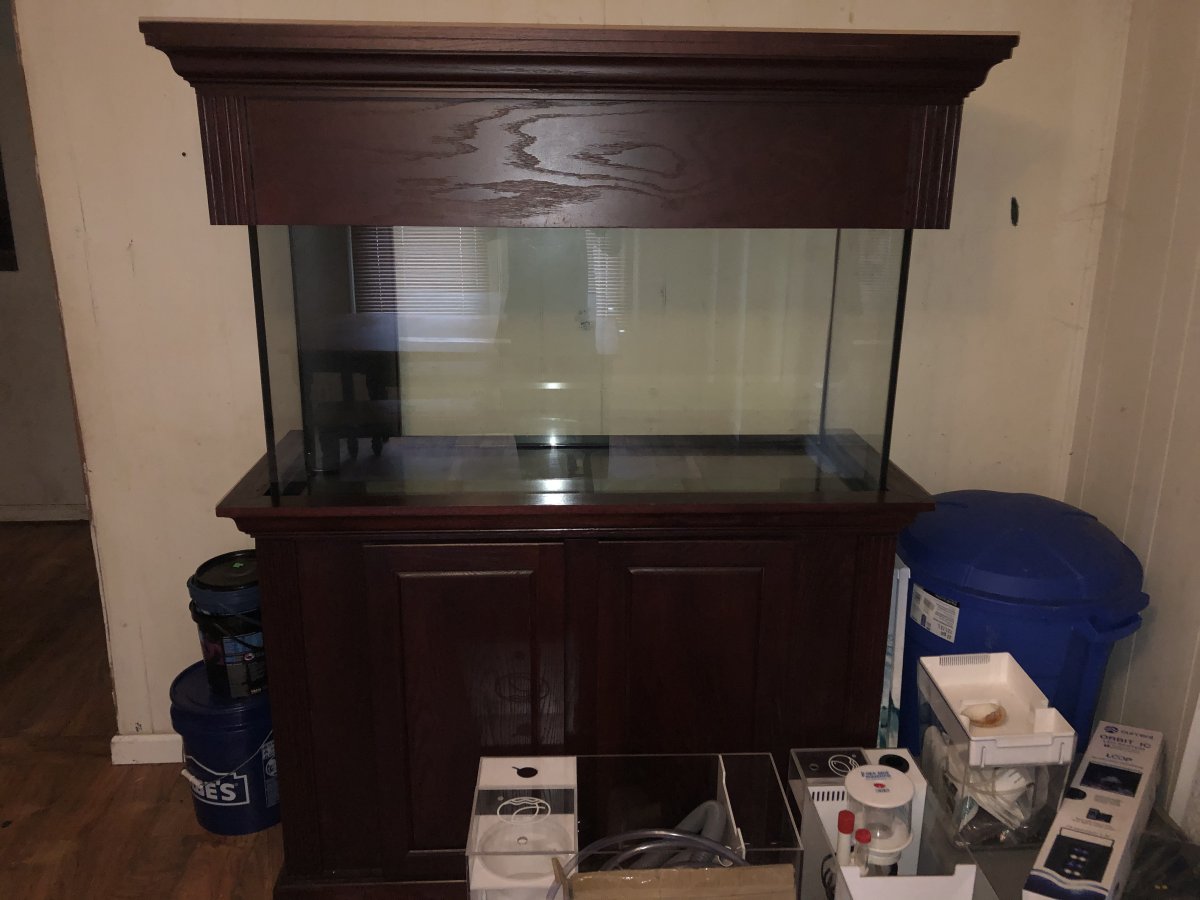