Your Guide to Aquarium Photography #6 - Top Down Shots 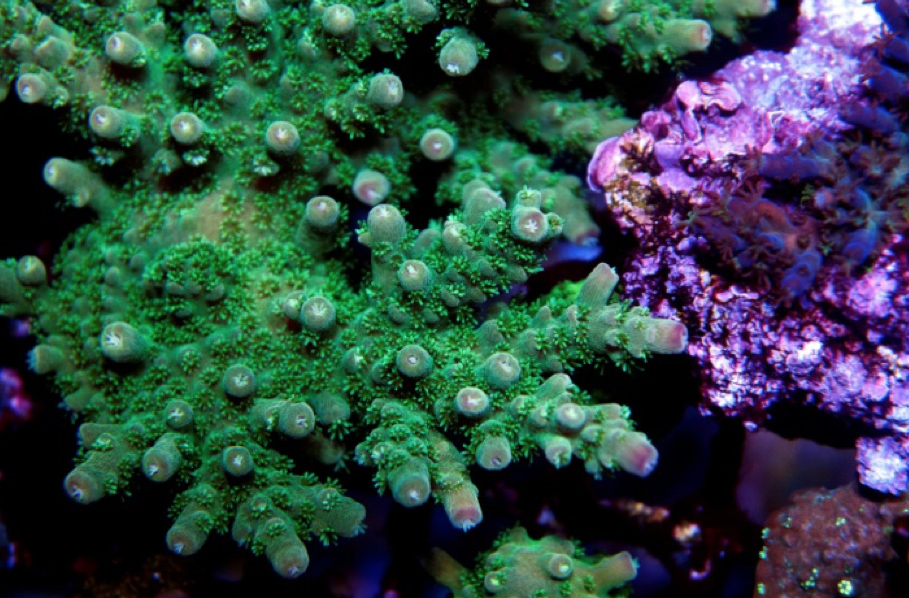 In our previous article in this Your Guide to Aquarium Photography series, we looked at tips for taking better pictures with mobile phones? This week, let's talk about Top Down Shots.

Top down shots have gained popularity in the last several years and are used by most online vendors for most of their coral shots. By simply taking away any glass between the camera and the coral, the effect on clarity, white balance, and color rendition is amazing.

Eventually, even high quality and ultra-clear glass is no match for camera lens glass. A thickness of 8-20 mm of glass will logically have a detrimental effect on the image. This effect is magnified by shooting at an angle to the glass which causes even more distortion and adds to the thickness of the glass. Other factors such as reflections and distortions also add to the detrimental effect of aquarium glass on photos.

Left pic taken from front of tank. Difficult to see the zoanthids and shooting at an angle would create distortions. Right pic top down shot allows better view and improved image quality due to decreased distortions caused by the glass. ​
This is not to say that top down shots do not have their challenges.

Reflections from lights on the water surface can be very challenging, water movement can create turbulence or ripples that also make it difficult to shoot pictures. Positioning a camera and access above the camera to focus is not a given in tanks with canopies. Using flash is also very challenging.

Effect of lights (left picture) and water movement (right picture) on a top down picture.​
A few tips for successful top down shots: 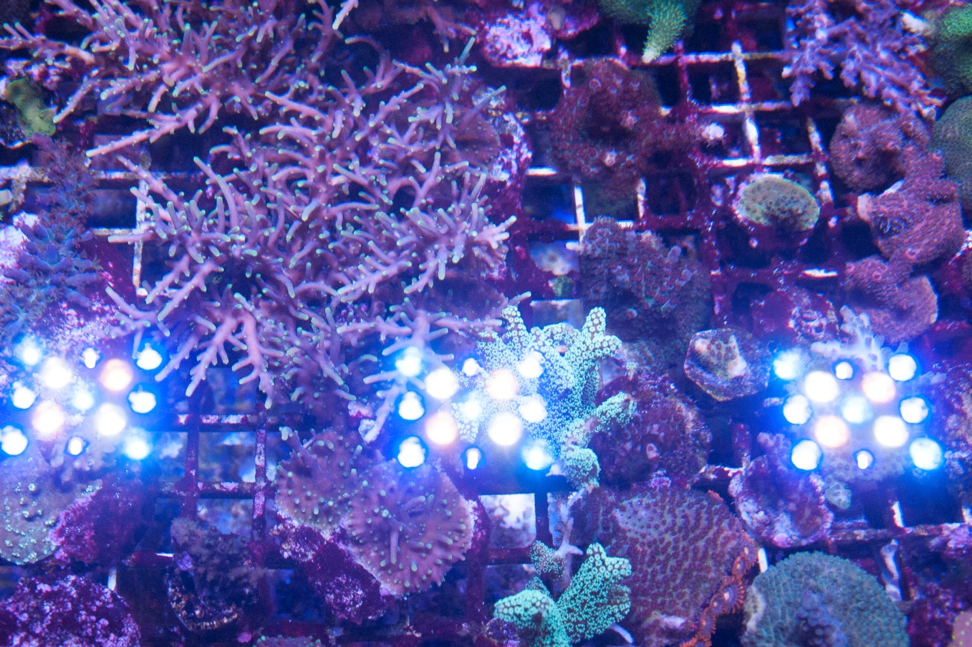 Pic taken with no flow in the tank. Still difficult to escape the reflections from the lights and their effect on overall exposure and colors.​
Top down acrylic boxes made of clear acrylic allow you to get even nicer images even if water surface is moving they also allow you to avoid light reflections because the front element of the lens is below the water surface where reflections occur.

Some top down boxes have supporting screws that allow you to hold the box simply by holding the camera and also to zoom by rotating the box.

Any transparent acrylic box or coral top down viewing box available on hand can also be used but make sure its watertight to avoid damage to your camera. I personally use the top down box seen below which is a cheaper model but available locally... 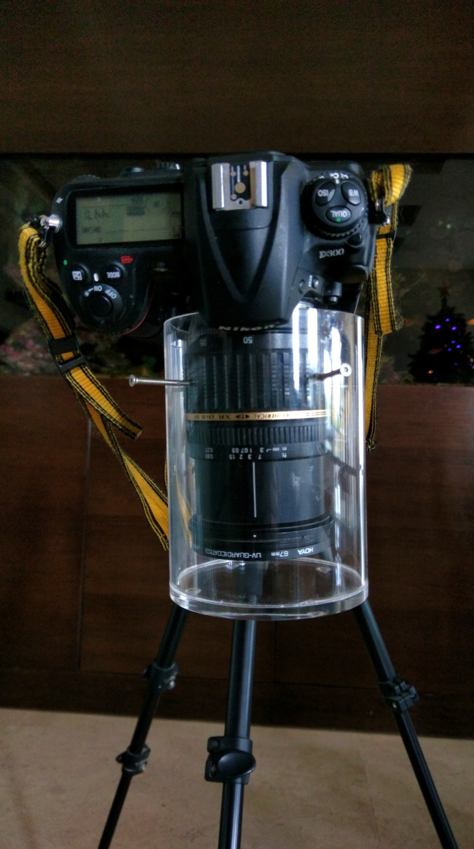 When taking pictures of frags in frag tanks, one can experiment with black backgrounds which can make some colors look even nicer.

The most important tip when taking top down shots is to always be careful not to drop the camera in the water and to cleanup any saltwater splashes on the camera.

Branching coral picture from the front (Lt pic) and top down (Rt pic) with coral looking dwarfed in the top down picture. The base of the coral was totally hidden by the coral in front of it in the front shot and clearly seen in top down shot.​

Lt pic showing limited part of the coral as the lower tabling part is parallel to camera, limited DOF possible to cover the whole coral. Middle pic is top down shot with limited picture quality due to reflections from light. Rt pic is top down box used showing better overall image quality and no reflections. Lt pic is still better represents how this coral is seen in real life in the tank and better shows the angle between the double tabling growth.​
Hopefully this article has helped you to learn how to take better top down pics! Be sure to try out some of these tips and share your results! As you have questions, feel free to join in the discussion thread, and be sure to check out the last article in our series: Your Guide to Aquarium Photography #7 - Post-processing!
About author