AP700 User's Wants for Down the Line, Thread

First off I feel like the AP700 still surpasses all Kessils including the new 360X.

Wants:
1) Work things out with Neptune to make it work with Apex Fusion
2) Make an software to run it off an PC or an Mac thru ones home Wifi
3) Make daylight savings time built in as an option
4) Let the user determine how long the cloud effects last, for each set point.
5) An seven day programing light schedule. Copy the the first day and make each other day adjustable to that first time pattern.

I've been waiting almost four years for some of those..

Kyl said:
I've been waiting almost four years for some of those..
Click to expand...

I was too. So i got rid of my kessel and went to ati. Guess what? All good now.

Sometimes its easier to change brands then to keep hoping a company that does not care about you will read this, stop what there doing, and spend 15 minutes coding this for the next update.

I passed this along to our development team. Thank you for the input!

If anyone else has any other input please continue to post on this thread and I communicate this to our team.

Kessil said:
I passed this along to our development team. Thank you for the input!

If anyone else has any other input please continue to post on this thread and I communicate this to our team.
Click to expand...

How about some info on that new model that’s gonna be like a upgraded 700? you got any idea when something like that is coming?

kyleThatGuy said:
How about some info on that new model that’s gonna be like a upgraded 700? you got any idea when something like that is coming?
Click to expand...

This was a concept light featured at MACNA to give the reefing community a sneak peek on what we are working on in the future. This product is very much still in development and we are taking is slow to ensure features like the ones you mentioned above will be included.

Just had to power cycle both of my 700's because they were out of sync with each other. I had to power cycle several times and adjust the color and intensity settings for them to get back to "normal", but after saving the settings both lights stayed on and didn't follow the program. I had to log into the app for them to shut off after I noticed they were still on a half hour after they should've ramped down.
I love these lights, but the color settings when programming doesn't match the manual color during the process. There's a noticeable difference between the programming versus the running program.
The other thing I notice, is the blue on the ramp up is whiter than the ramp down with the same settings. I would think they would be the same, but reversed of course. There's a noticeable jump in color between color settings.
G

I had issues with my kessil out the box. There is an updated hardware firmware update on the web page if you have not done that yet.
Last edited: Dec 22, 2019

Just updated the firmware, so we'll see if it works?

Kessil said:
I passed this along to our development team. Thank you for the input!

If anyone else has any other input please continue to post on this thread and I communicate this to our team.
Click to expand...

At this point I find it hard to believe kessil will put any effort into the AP700, especially if they have something new coming out. I’ve purchased 5 AP700 and a few of the A80 & a360we units. Al least with the latter two you can control with apex.

The AP700 look great and grow corals well, but the software is terrible. As to the new units, unless it is perfect out the gate I doubt I’d trust kessil enough to believe they’d actually fulfill any promises on future upgrades. Well at least not enough to make another investment in their products.

Can you talk to the reasoning for the change?

I agree the software isn't great.... 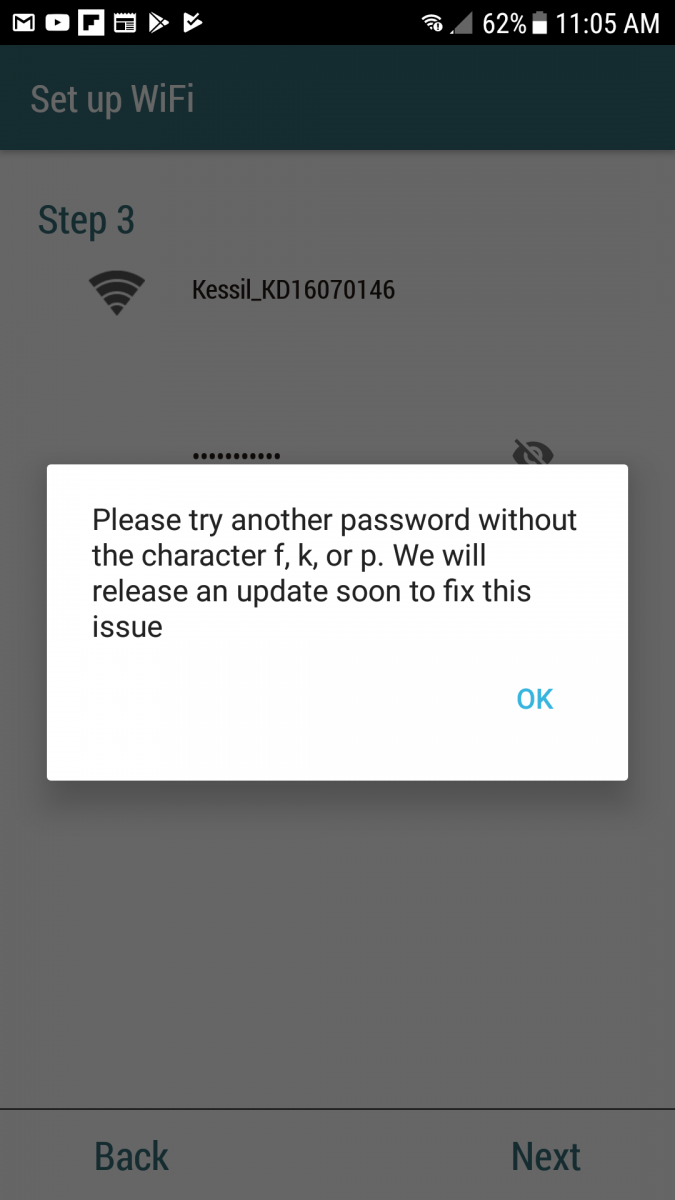 DangerDave said:
Can you talk to the reasoning for the change?
Click to expand...

Better programming and functionality. Also, I like the idea of moving the lights based on my scape and setting each light individually if warranted. Improved lenses, so would no longer need the diffuser kit. I like the 700, but agree that the software is pretty bad.

I'll again mention that their VP of product development laughed at the suggestion that the AP700 ever get the soft-promised controller support, on a livestream

That was going to be fixed "in a matter of weeks" as per Franco @ Kessil. That was, two years ago? Or something as similarly stupid.