Rating - 0%
0   0   0
Hello everyone,
My name is John and this is my official 90g sps peninsula-lagoon build. As the title suggests, it's a peninsula (slash) lagoon style tank. (Well, at least that's what I'm calling it, so there.)
I love shallow tanks and I like them wide as well. My original thought was a 48x24x16, but I only had one place to put the tank and those dimensions didn't really work for that space, so I shaved off 12" from one side and added it to the other, so now it's 36x36x16 (roughly 90 gallons).
I wanted something modern looking, a floating canopy with a metal stand, wrapped in walnut.
After spending some time with SketchUp (and a lot of swearing at the computer) I created some drawings and this is the final concept.

I drew inspiration from Aaron's (SPS coral store) stands that he built for some of his customers. I originally wanted him to build my stand, but our schedules didn't quite match, so I had to look elsewhere (and come up with the drawing myself). Fortunately, I found a local welder who happens to be in the hobby and the journey begins.
Stay tuned, there's more to come.
John
Last edited: Jan 7, 2018 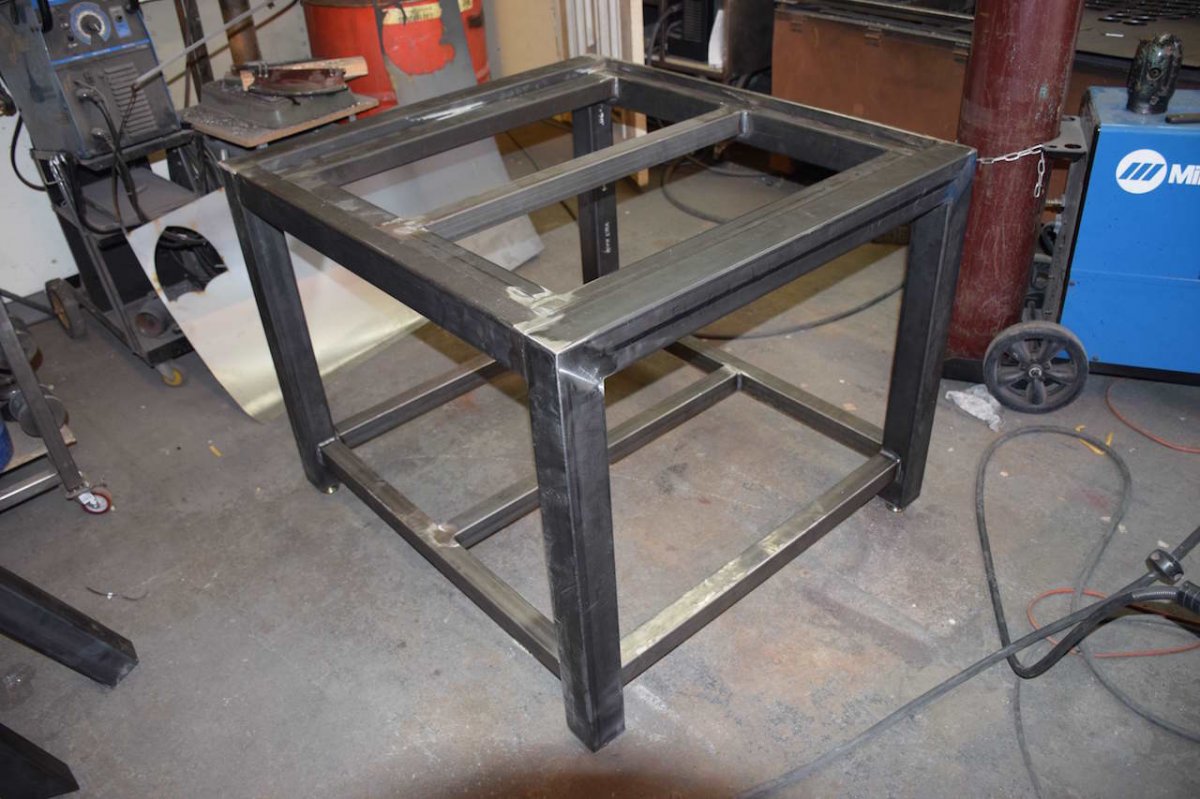 and with the canopy in place. 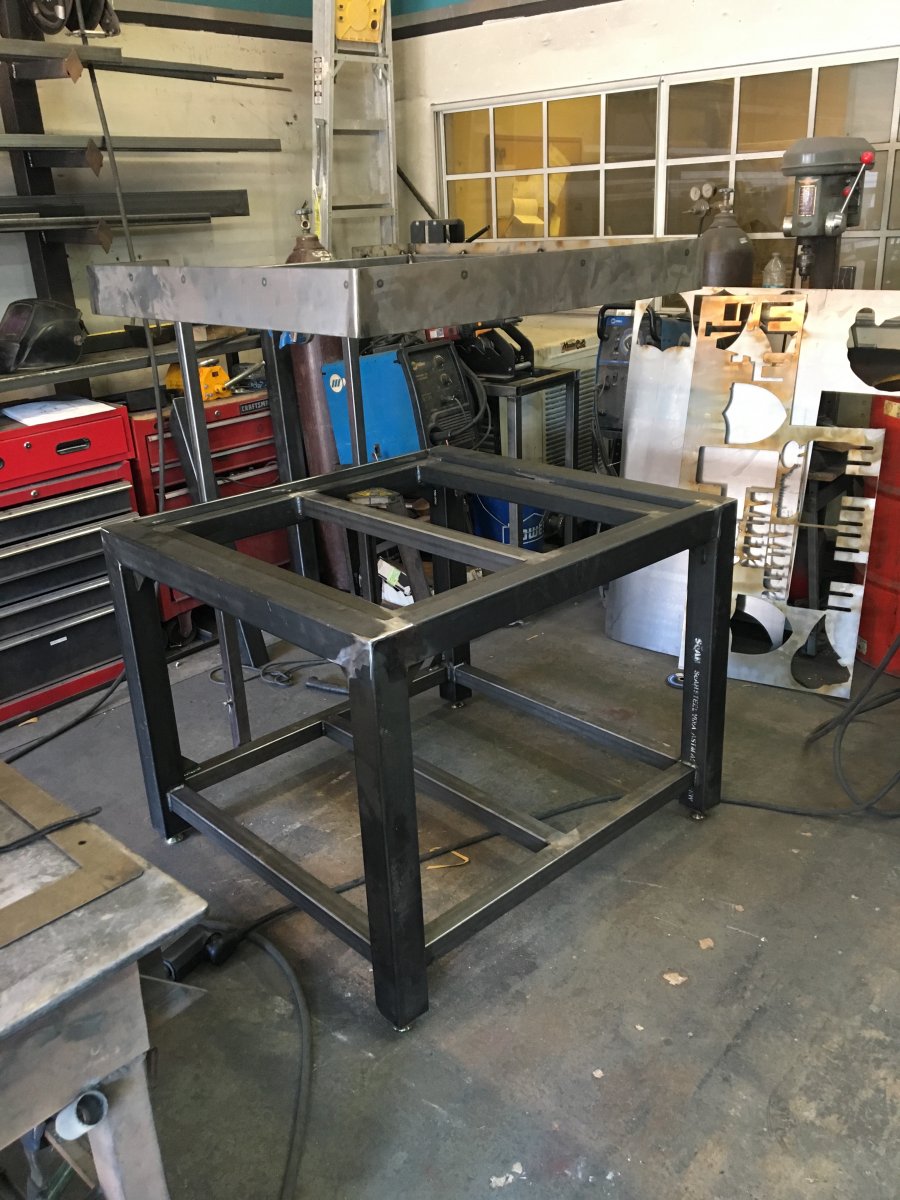 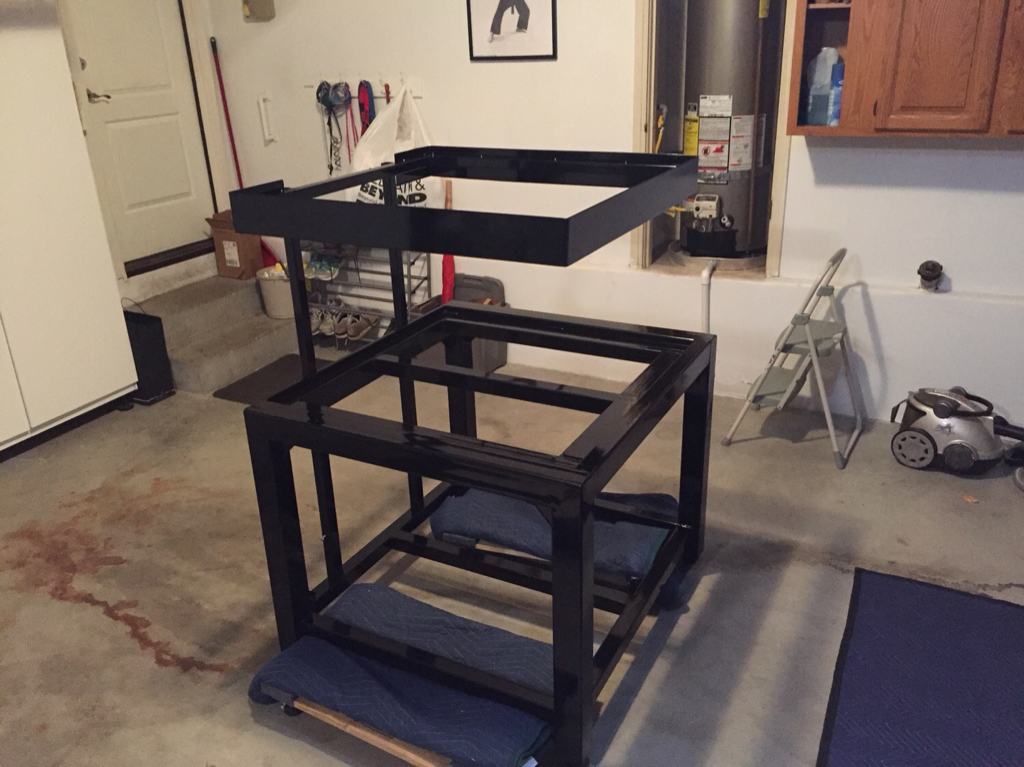 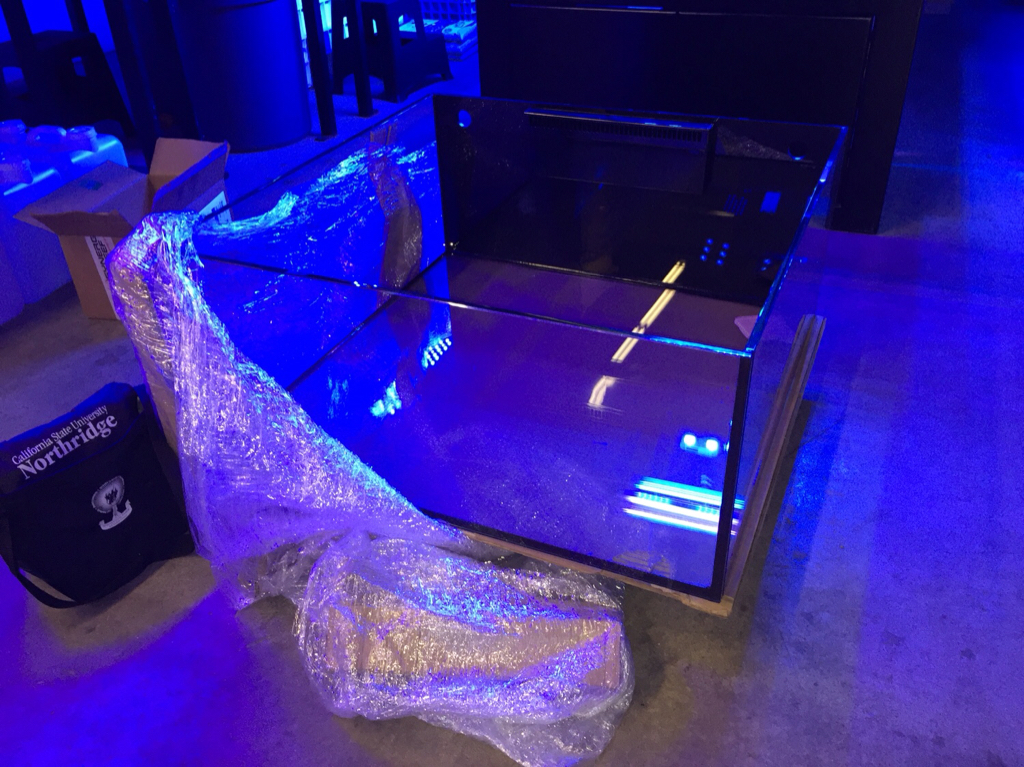 Thanks to Elliot and Austin at California Aquariums, I have a tank. 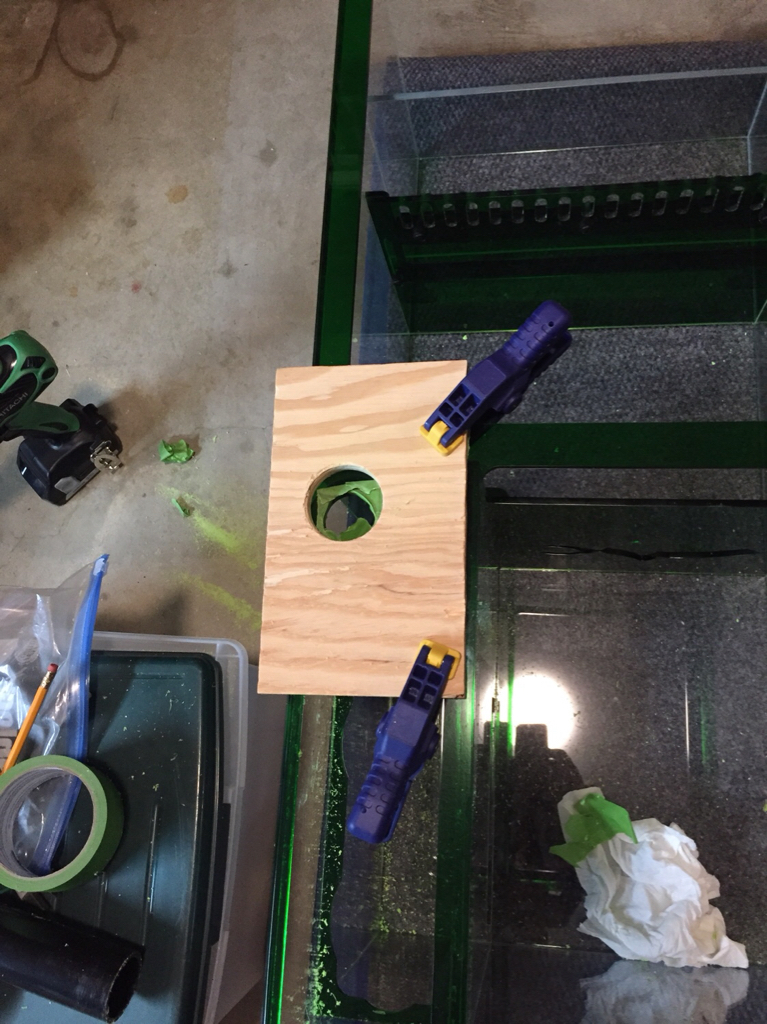 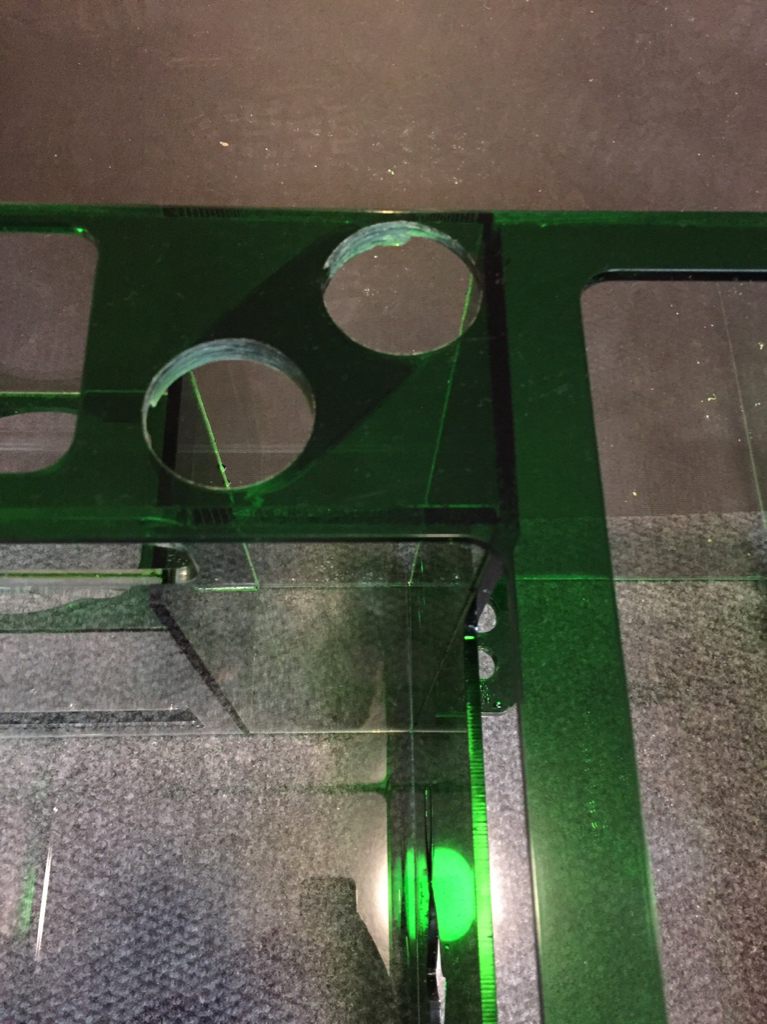 Not bad for a rookie. Although, the second hole made a huge crackling sound when I drilled through it and I thought it was all over.
A couple ipa's later and I was ok.

Rating - 0%
0   0   0
John that stand is gorgeous definitely following! If you ever feel like making another let me know

I just got a Tunze stream 3 yesterday, but it's too big for my shallow tank. Anyone interested, lmk? It was in the tank for a half hour (only has RO water in it, leak testing) I really dig this pump, but the footprint is too big for me.
That's all for now.
OP 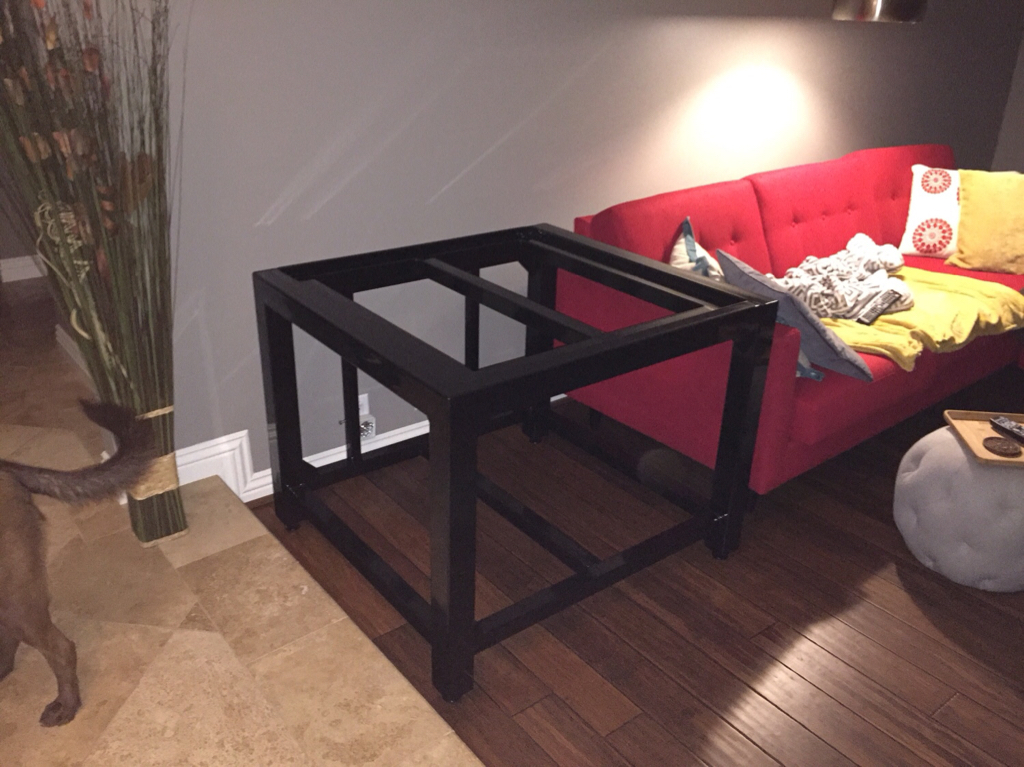 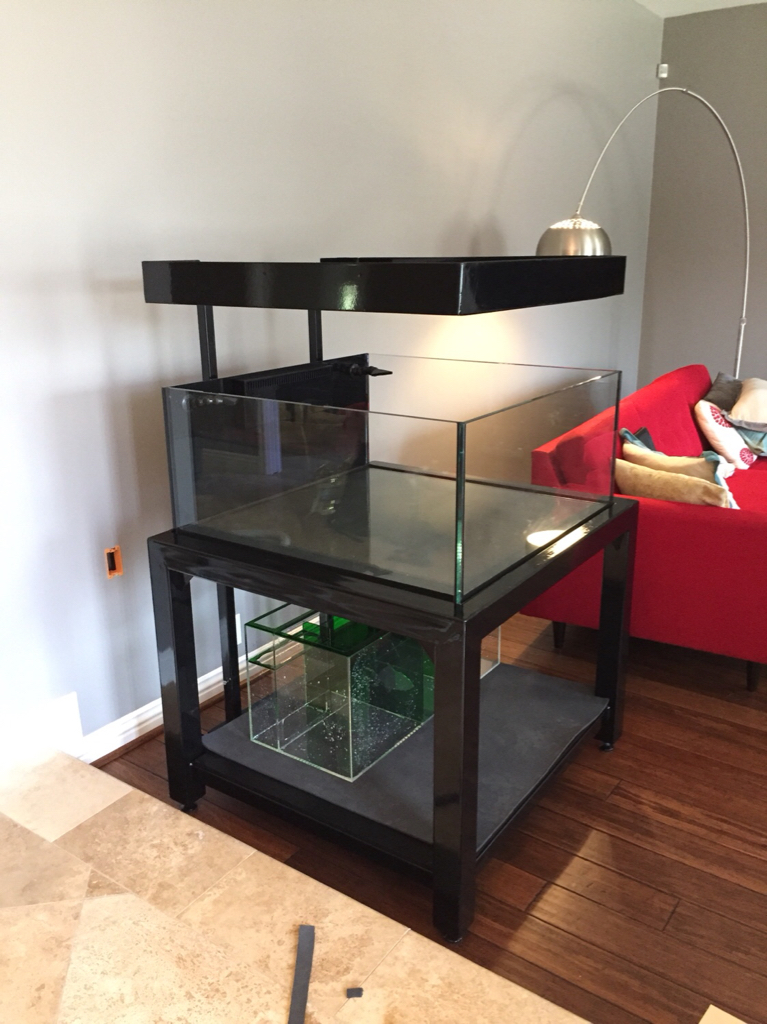 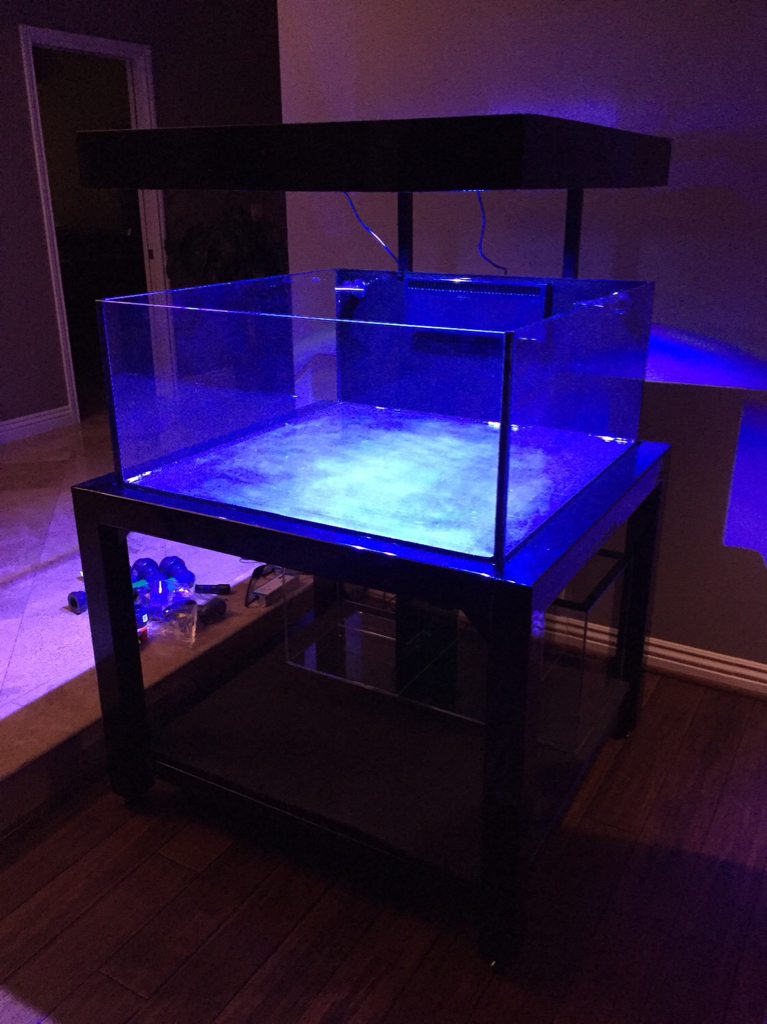 It's getting there.
OP 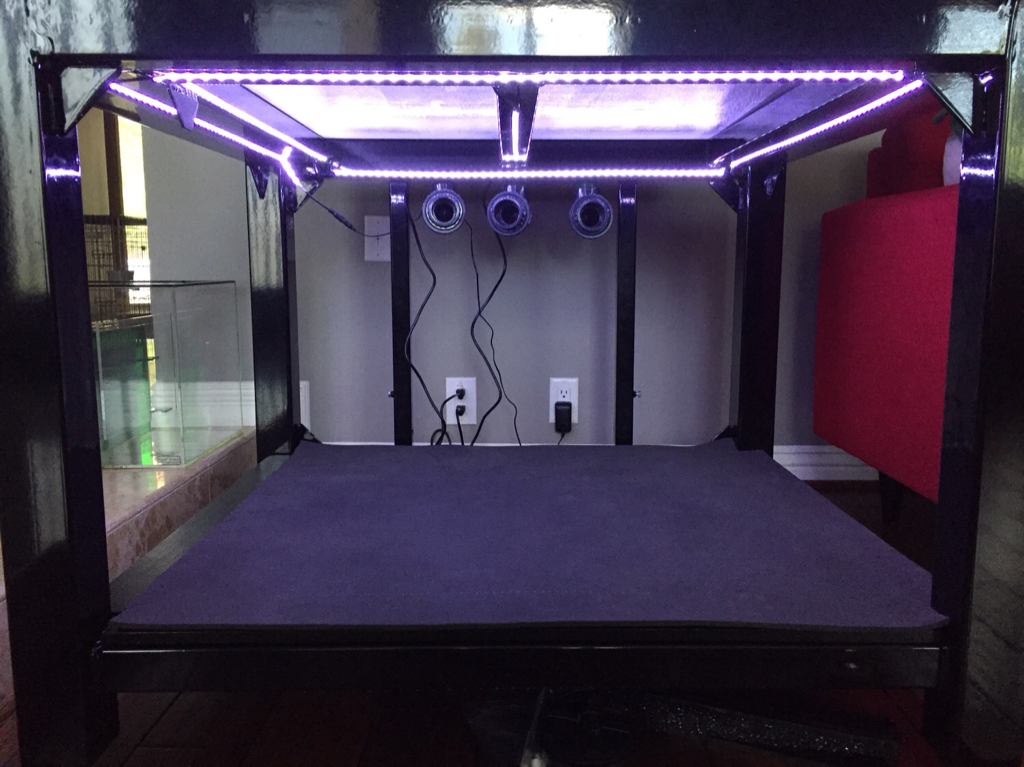 A little bit of plumbing and under stand lighting finished. Time to finish plumbing and get some water in this tank.
OP 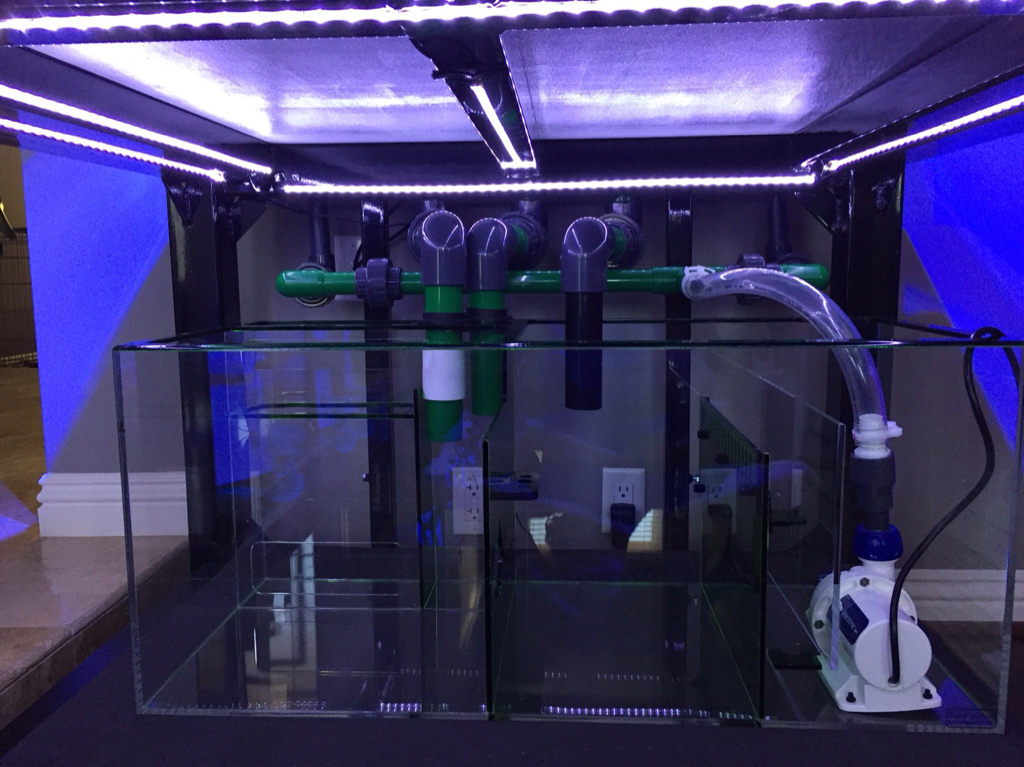 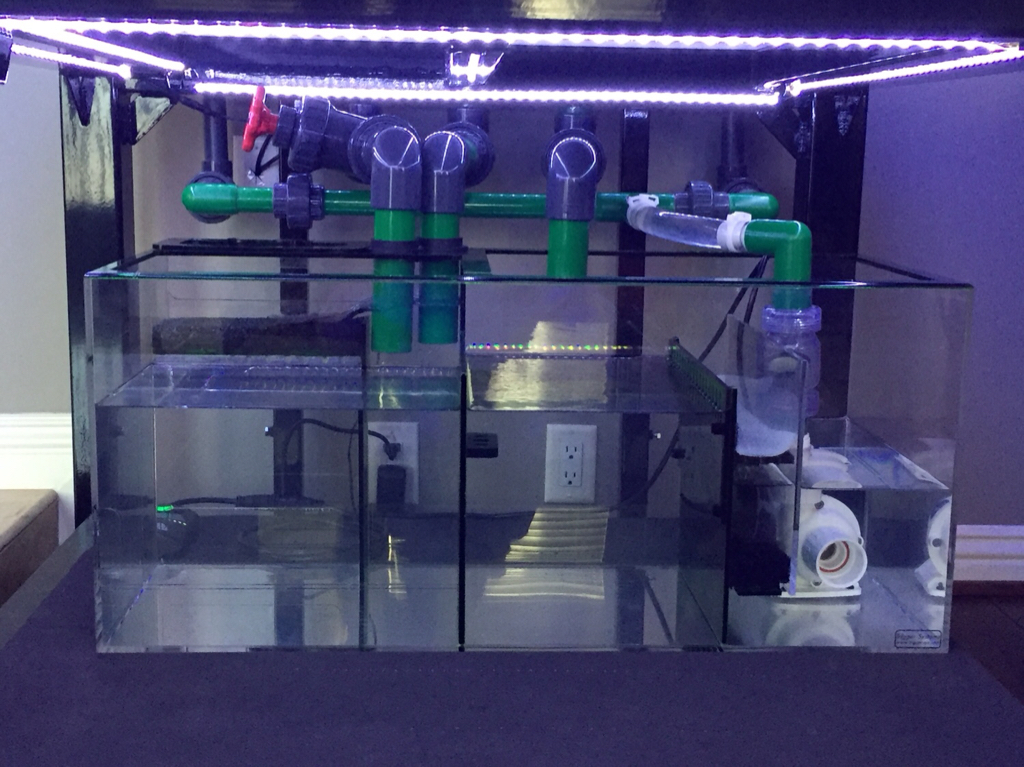 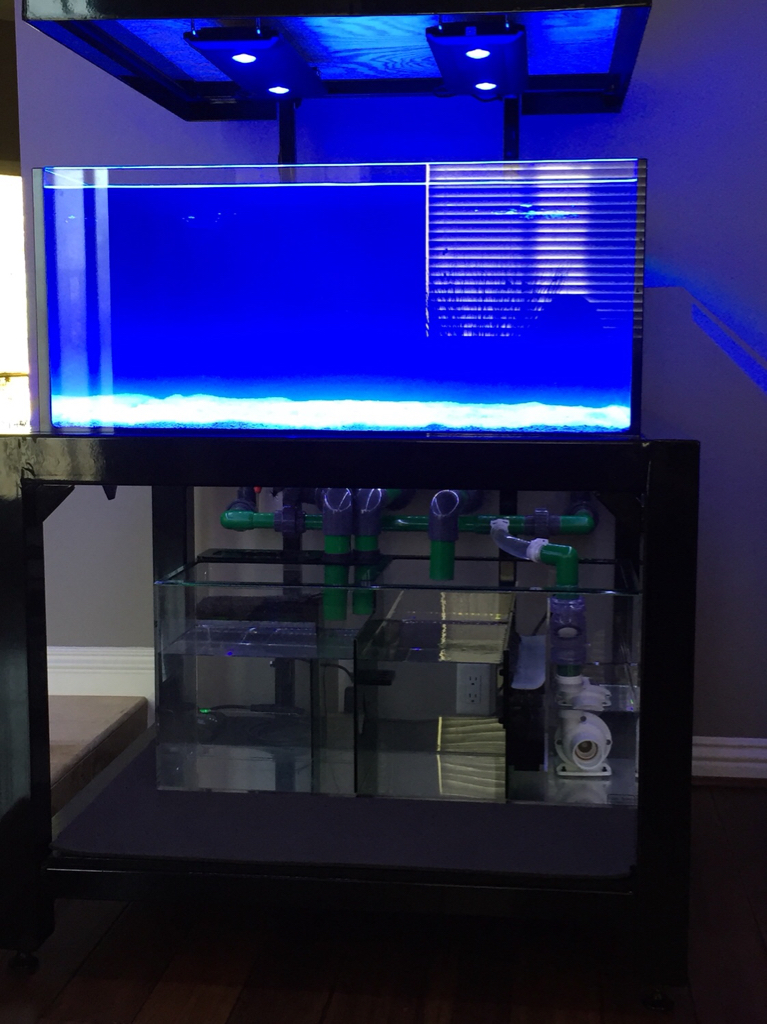 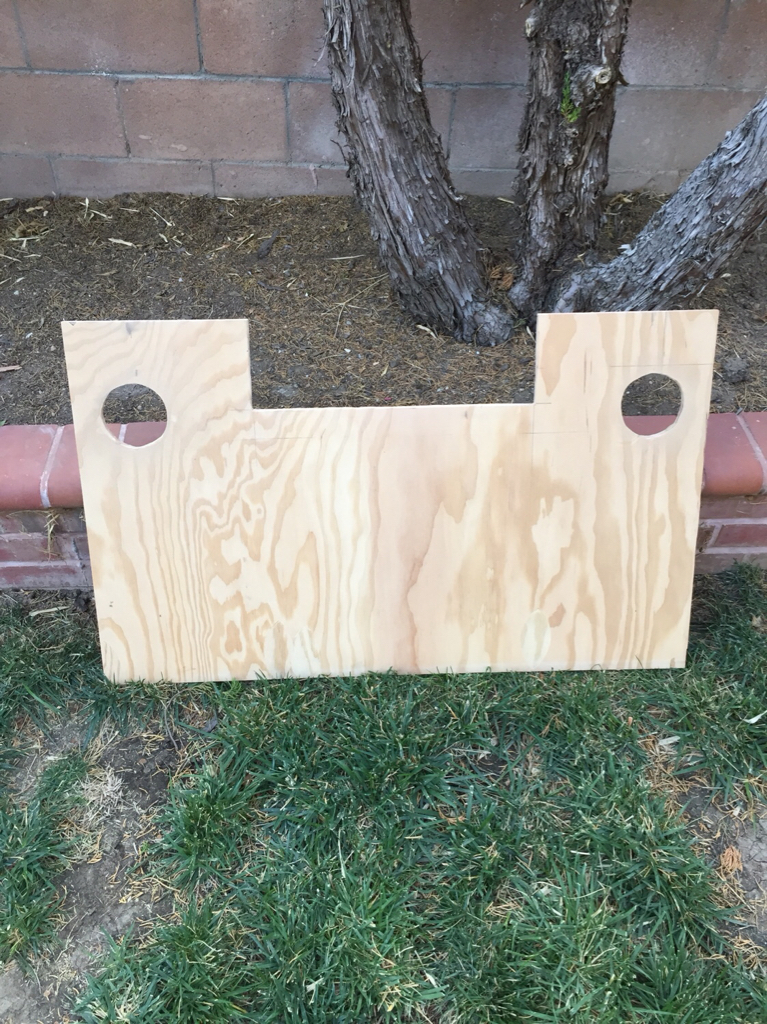 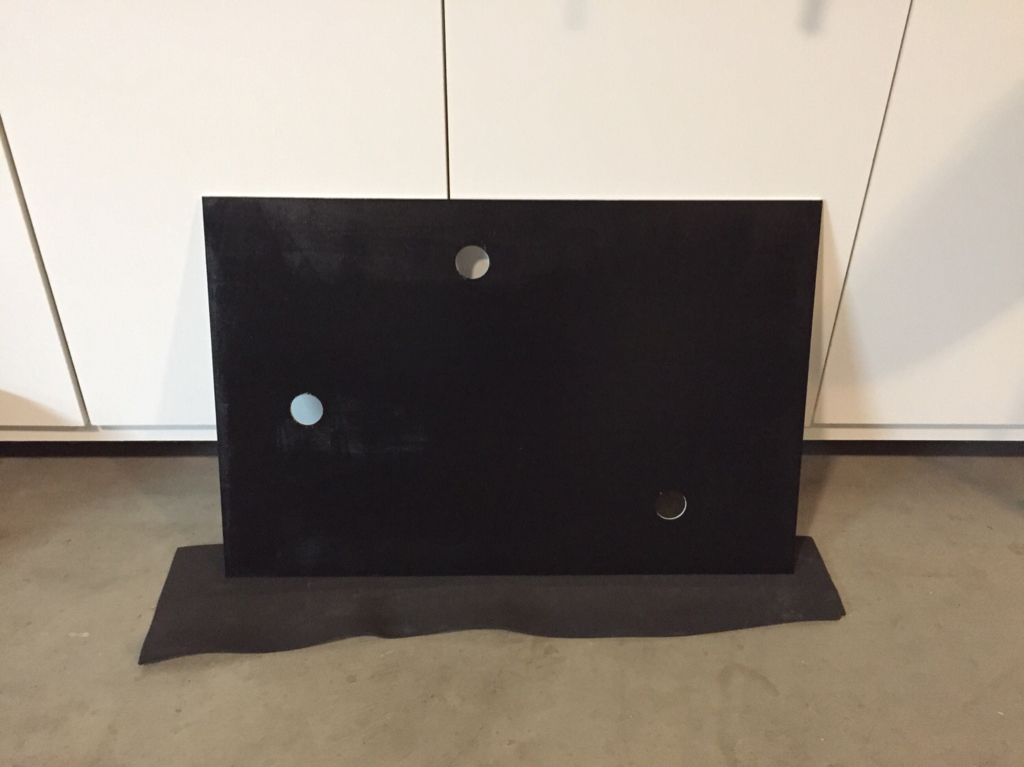 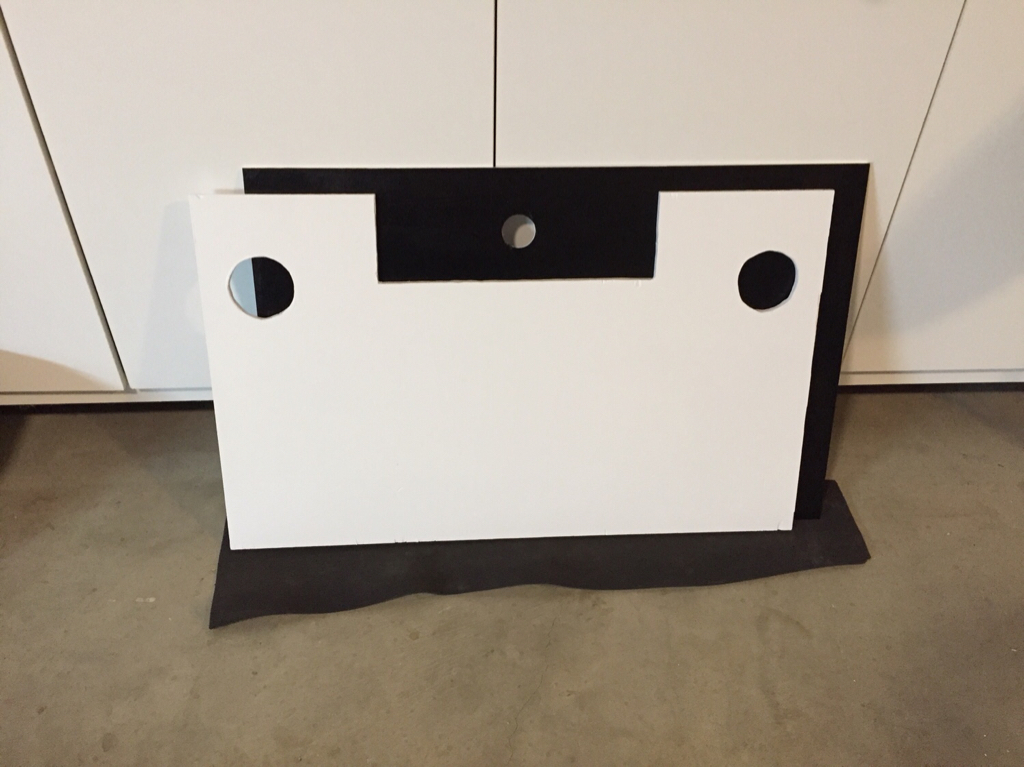 Finally had some free time this weekend to cut some wood for the stand. Back piece and the equipment panel.

Bouncingsoul39 said:
This is a sick setup dude! Super clean.
Click to expand...

Thank you! It's been over a year since I first started to get everything together. It's been an exercise in patience. 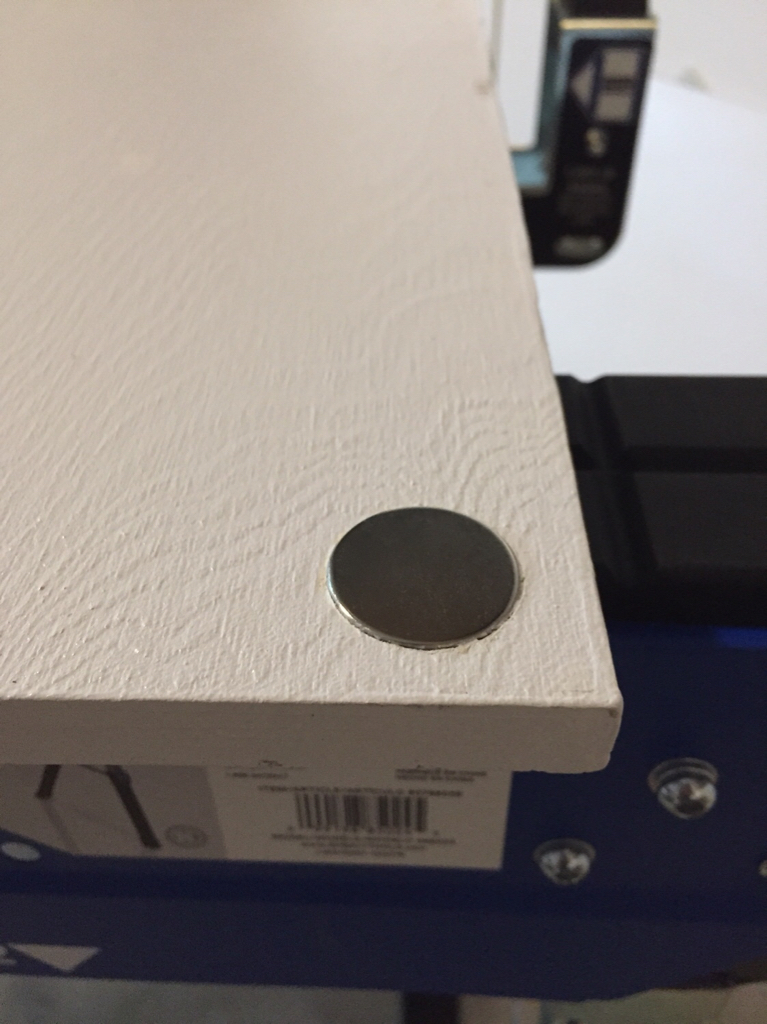 Glued the neodymium magnets in place, now to seal them and get the back piece mounted. 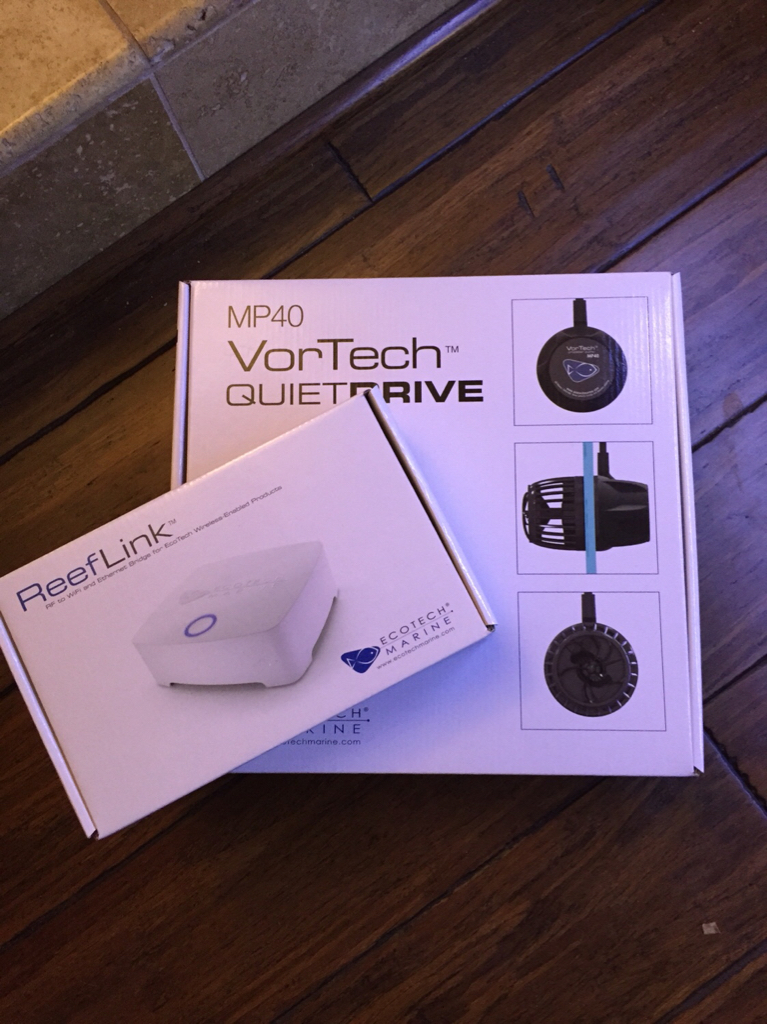 UPS was kind enough to drop these off today. 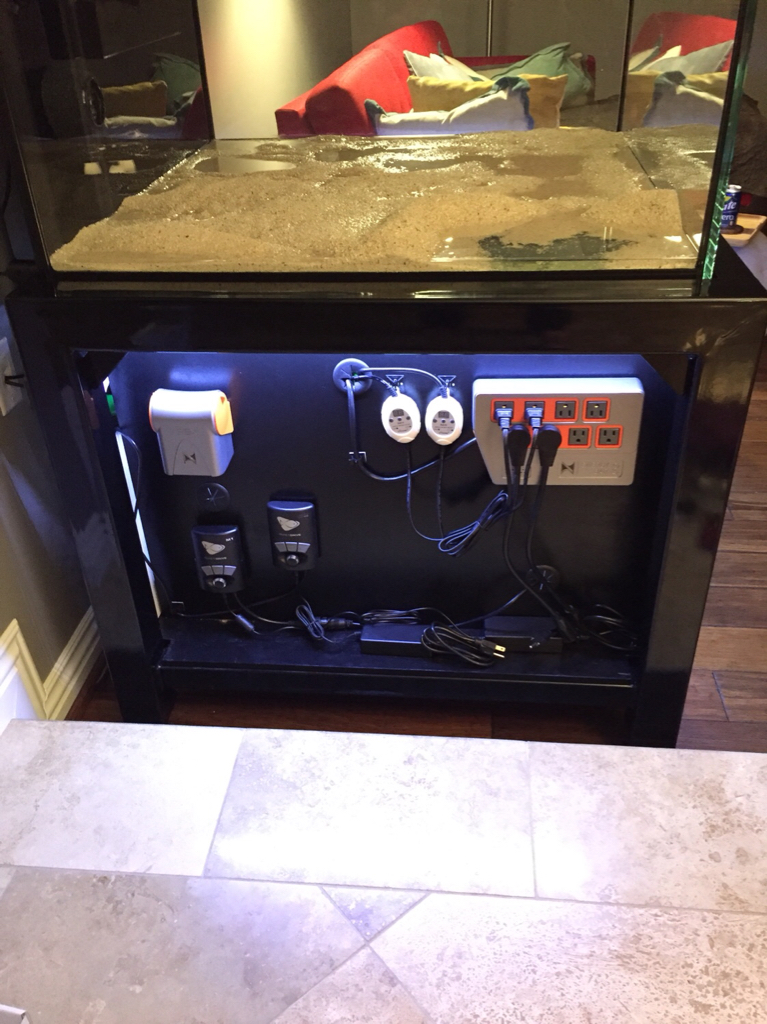 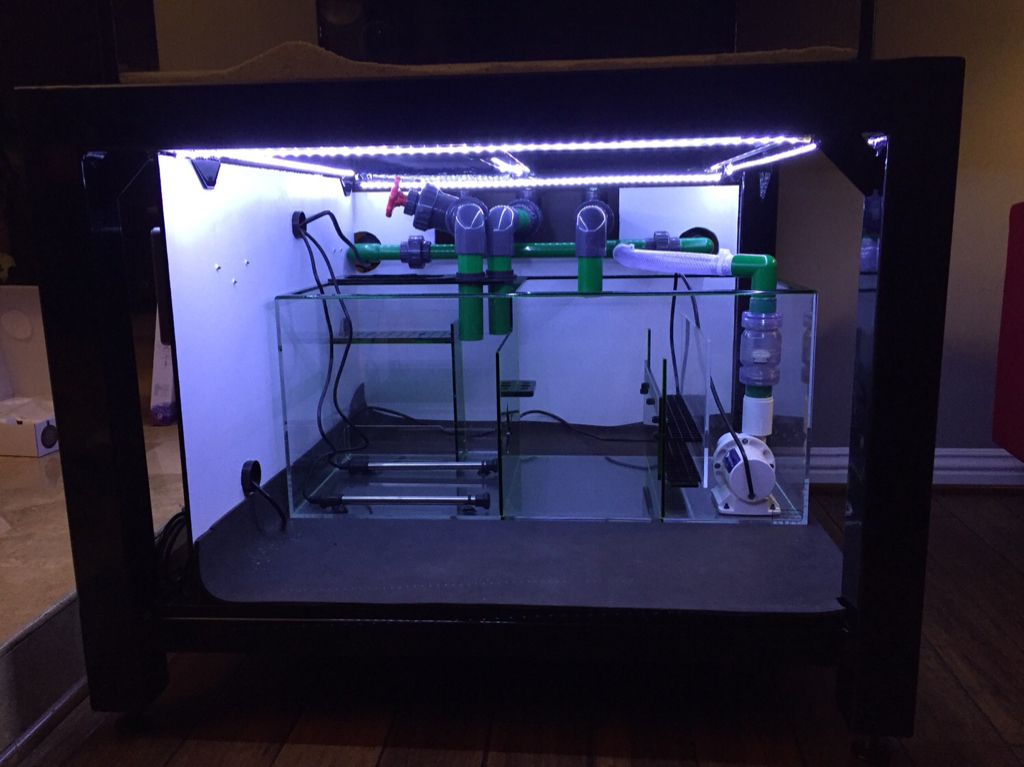 Equipment panel in place and the back mounted. Time to make some water.

Rating - 0%
0   0   0
Really solid build man! Looking very promising. I love how you'd made the canopy sit with the stand, slick! Are you going to run walls on the entire stand? What's your thoughts for livestock? How do you think the Kessils will fare with being close to the surface? Are you expecting a "spot" effect from them (lighting only a part of the tank), perhaps thats the plan (and combine it with scaping)?
Cheers!