Back in the hobby

After long break from the hobby, the wife and I decided we need more vitamin SEA in our future. We are both amazed by the leaps of technology and husbandry involved in the trade now.
My first tank was in 2008 and it was a 24 gallon biocube that my friend at the time helped me set up with live rock out of his tank and bagged live sand so it was a insta-tank lol
Over the years my passion grew to were I seeked out and pursued getting a job in the industry, I was lucky enough to get a job at Underwater Paradise. It drove my passion even further to where I ended up starting a 90 gallon Aqueon, then a 150 gallon Marinetank with a 100 gal custom glass frag tank attached to it.
Life turned for the worst when we had back to back long power outages that my systems ultimately crashed too and shortly after that we had to move so I ended up selling everything.
Now I'm back in the game and the only learning curve I've ran into is using dry rock that is actually pukani that is outta my old 150(the only thing I stored and kept was all my rock).
It's been cycled and I added a couple fish and the biological filter seems to be holding well, I figure on letting it mature for another couple months before I put the Radion15 blue on it along with some tester corals.
My goal with this tank is a mixed reef of a couple SPS and Zoas with a selection LPS on the sand bed.
It's great to be back and have this community to fall back on if I have any questions, thank you

I'm having trouble uploading a photo of my tank, it's stating my images are to big to upload lol
OP 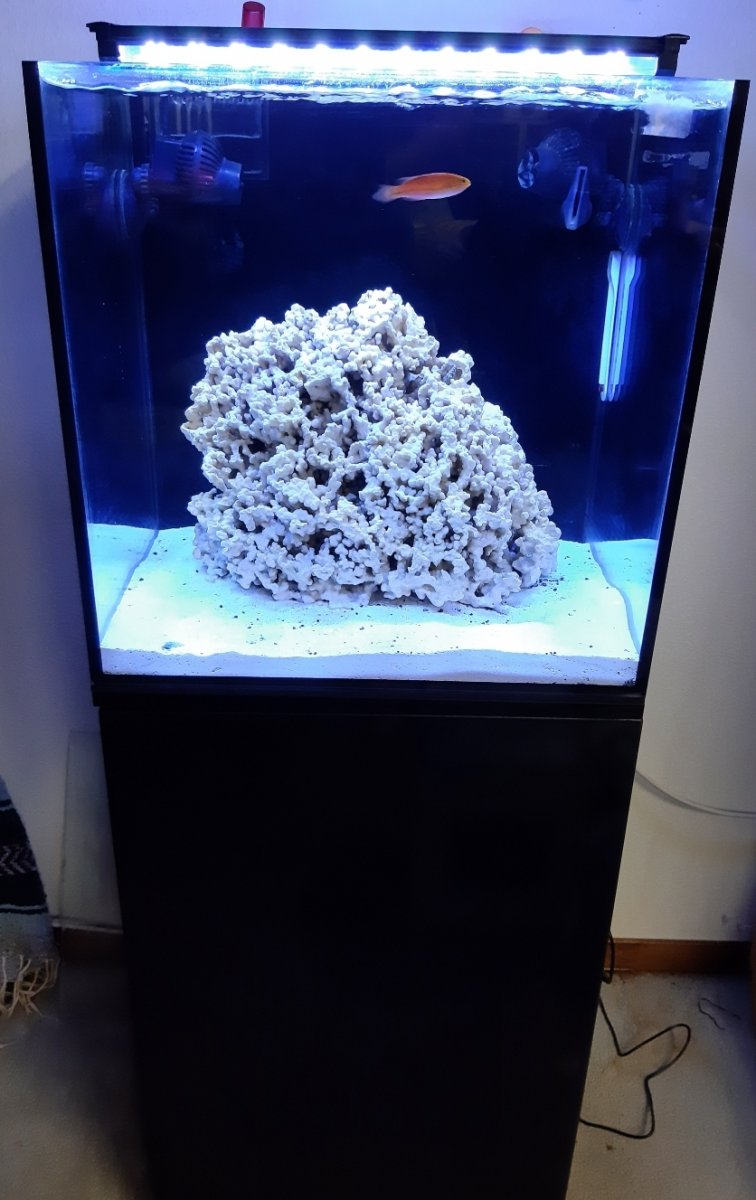 Build Thread Reef Ressurection - Back after 10 years away