I'm new here but I've been lurking for some time now. Love the community and decided to hop in and share what I've been doing.

I started my adventure into aquarium keeping a few years ago. I got a 50 gal acrylic tank for freshwater fish and that turned into getting another 39 gal aquarium again for freshwater. I love the natural look with the live plants and tropical fish. Residents included several angels, loaches, german blue rams, a gold ram, cardinal tetras, and a bristlenose pleco. Residents were happy for a few months and then I moved. 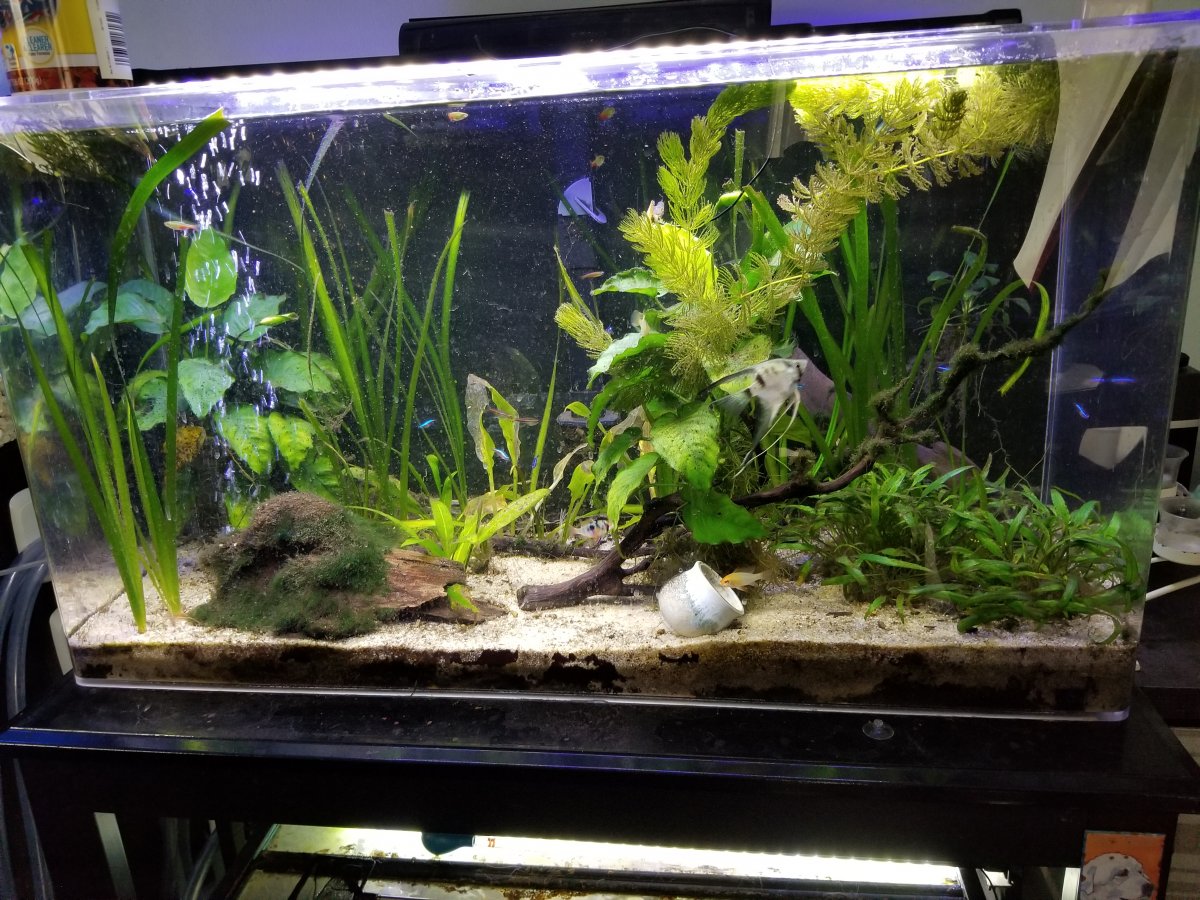 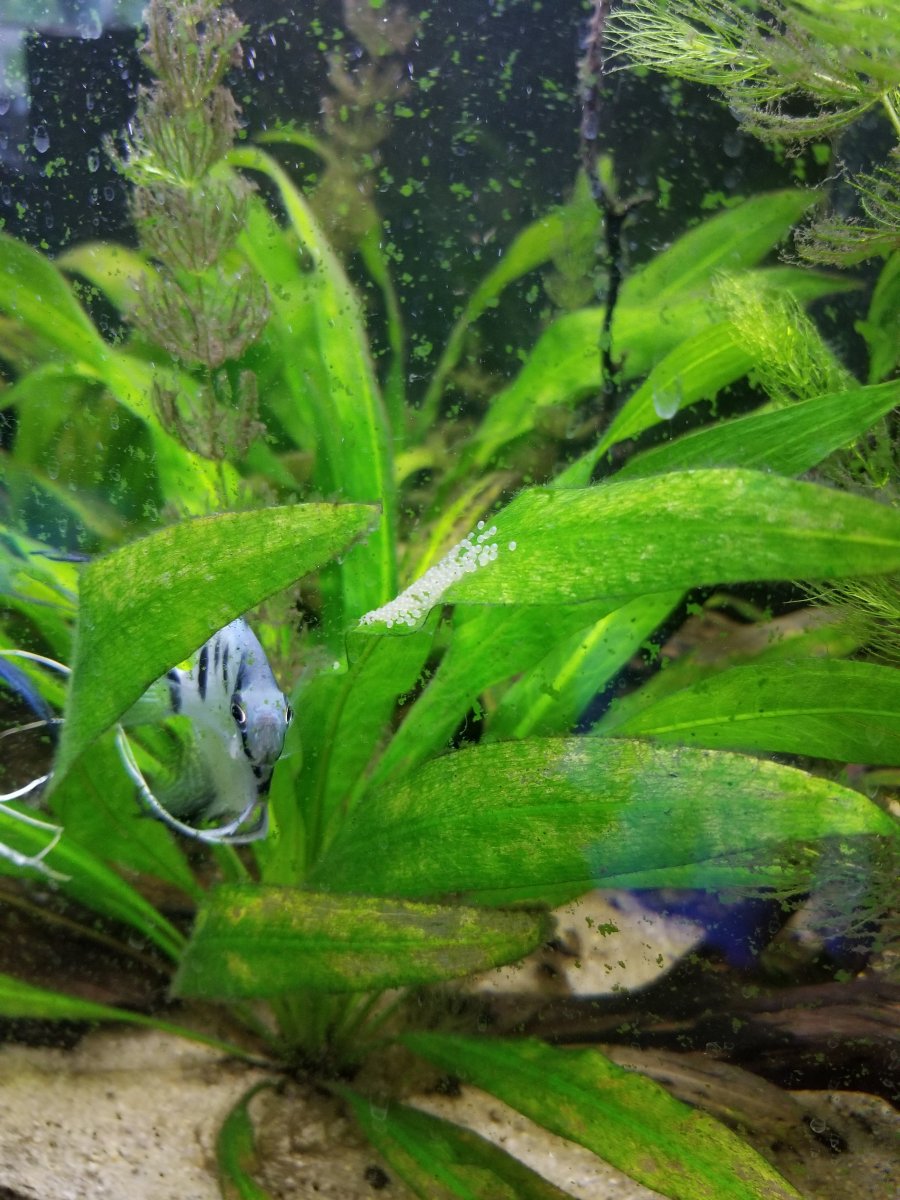 After the move I only lost one pleco and everyone else in the tanks seemed super happy. Feeling like an expert having this whole water change thing down I decided to start a saltwater tank! And not just any saltwater tank - a 10 gallon nano tank. Purchased some salt, a super small HOB skimmer, RODI filter, and a powerhead and threw in a few corals and a clownfish (after a short cycle seeded from the freshwater tank). This went about as well as expected for a total beginner.


It was a pretty set up for a few weeks/months.... 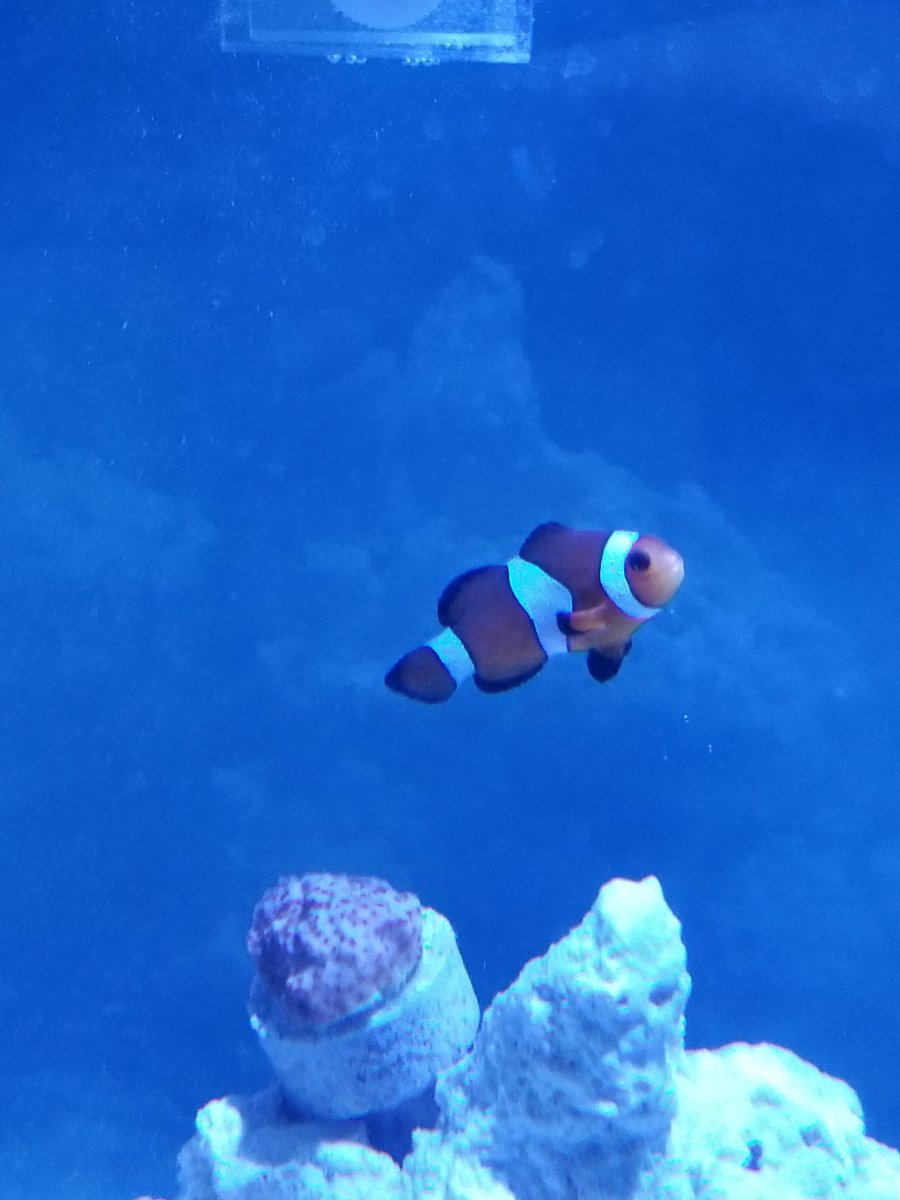 And then it just turned into a hot mess. The clown died under a rock and everything that encrusted just faded away with RTN. I couldn't keep parameters stable - I had a gravity fed ATO set up but water evaporated too quickly. I added GARF gunk and ended up with a ton of bristleworms and even a mysterious fish I never intentionally added - affectionately named "Magic fish". After months of failure cleaning things up and adding corals I called this the tank of death. Magic fish was fine and lived in this tank for a while but everything else was sad and green/brown so I gave up on adding new corals, fish, CUC, and kept it up in this way for about a year feeding magic fish every now and then. 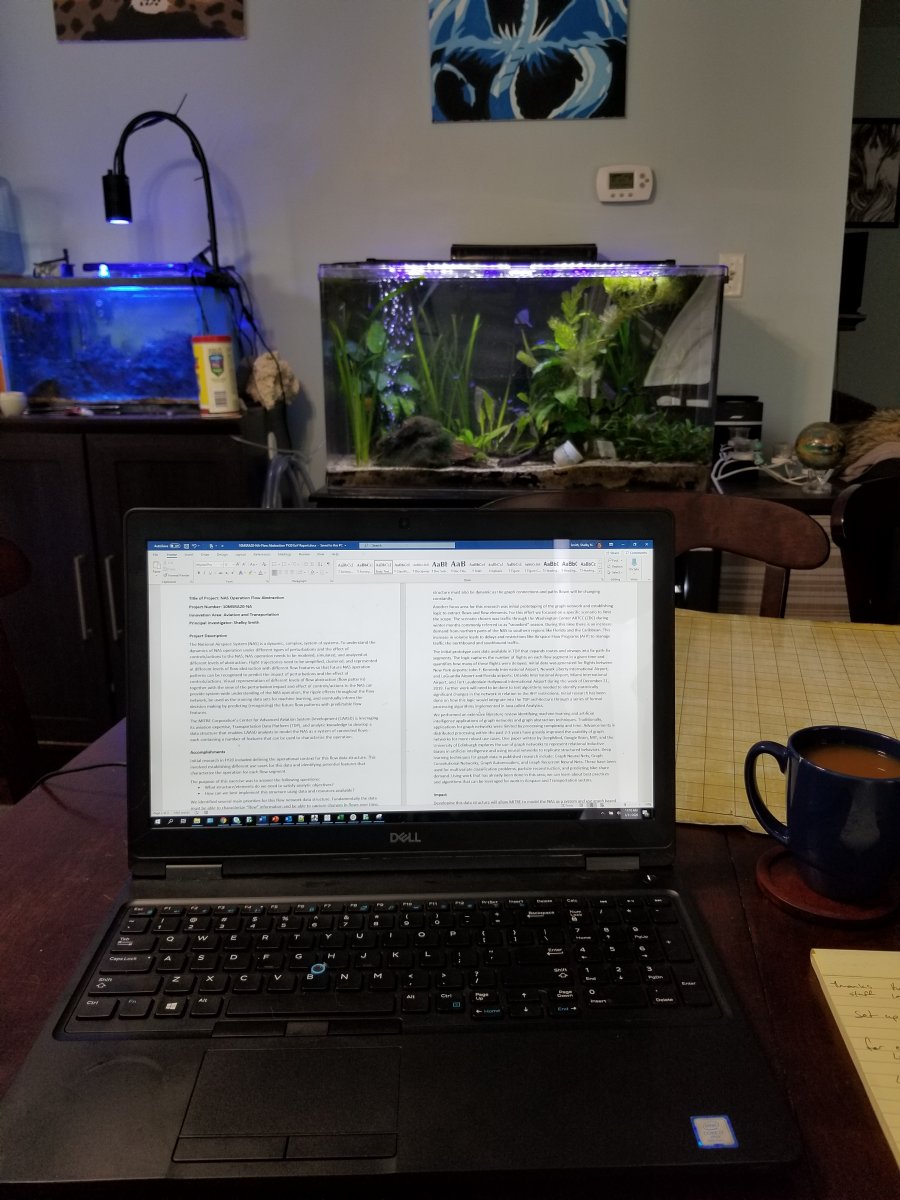 At the end of 2020 we moved from the apartment lifestyle and bought a house! With the move I decided to upgrade my set ups more permanent fixtures. I chose a 120 gal freshwater all in one tank and a 120 gal reef tank. This thread will detail the set up and progress as I journey through my larger reefing setup.

Very cool that you keep both tanks! Following your build
OP
F

Hi all! Here are some pictures of the stand and tank set up with a bonus early shot of the sump system. Everything is still dry because I'm still working on the aquascape.

This is 120 gallon tank from starfire glass aquariums. Dimensions are 60" long, 18" wide, and 24" tall. Internal overflow built in and will be connect to a trigger 36 gallon sump with a protein skimmer, heater, and 1900GPH pump back to the display.

A complete PVC pipe system is in the display because I'd like to get an eel at some point. There are 5 entrances and everything is interconnected. Unfortunately eel aren't able to be captive bred yet so the pvc won't be super relavent for some time. I would be willing to consider a rehoming situation to aquire one. 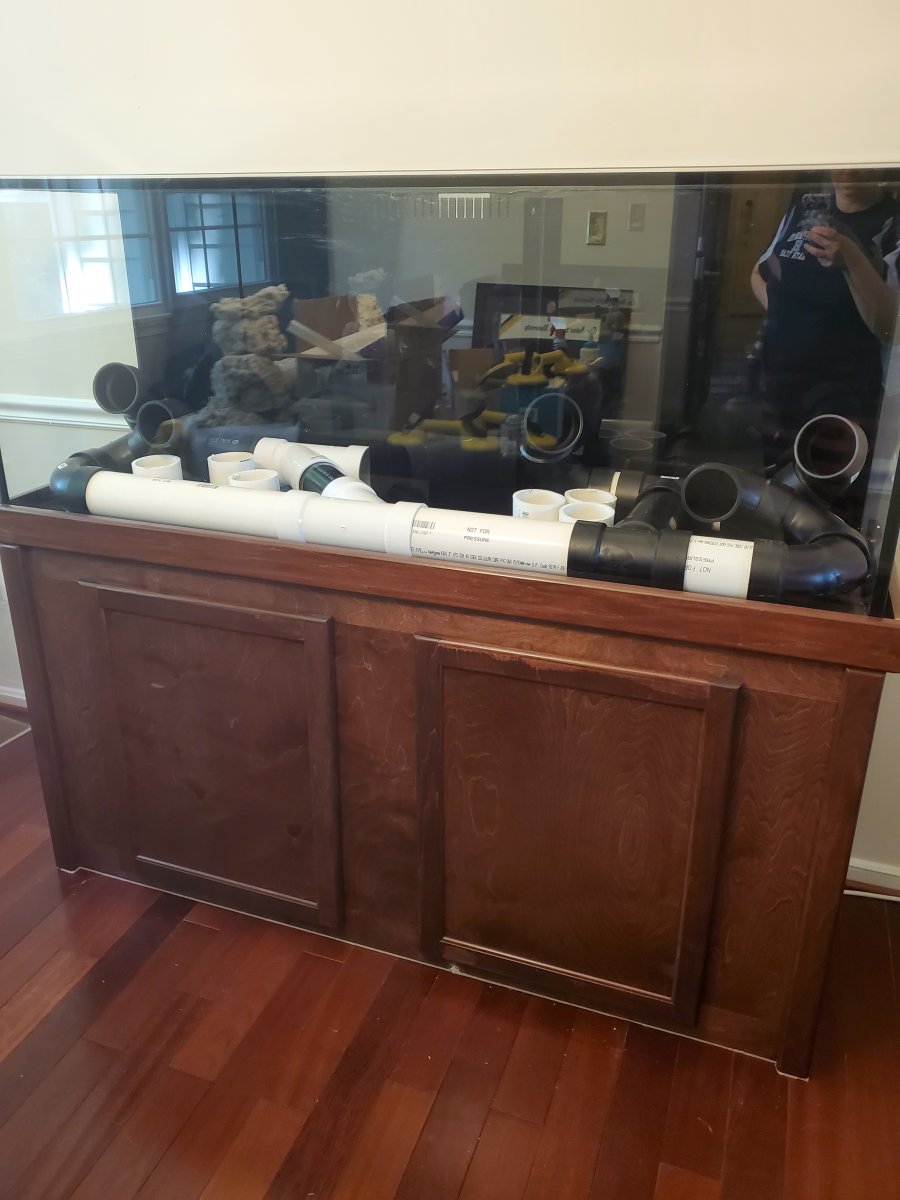 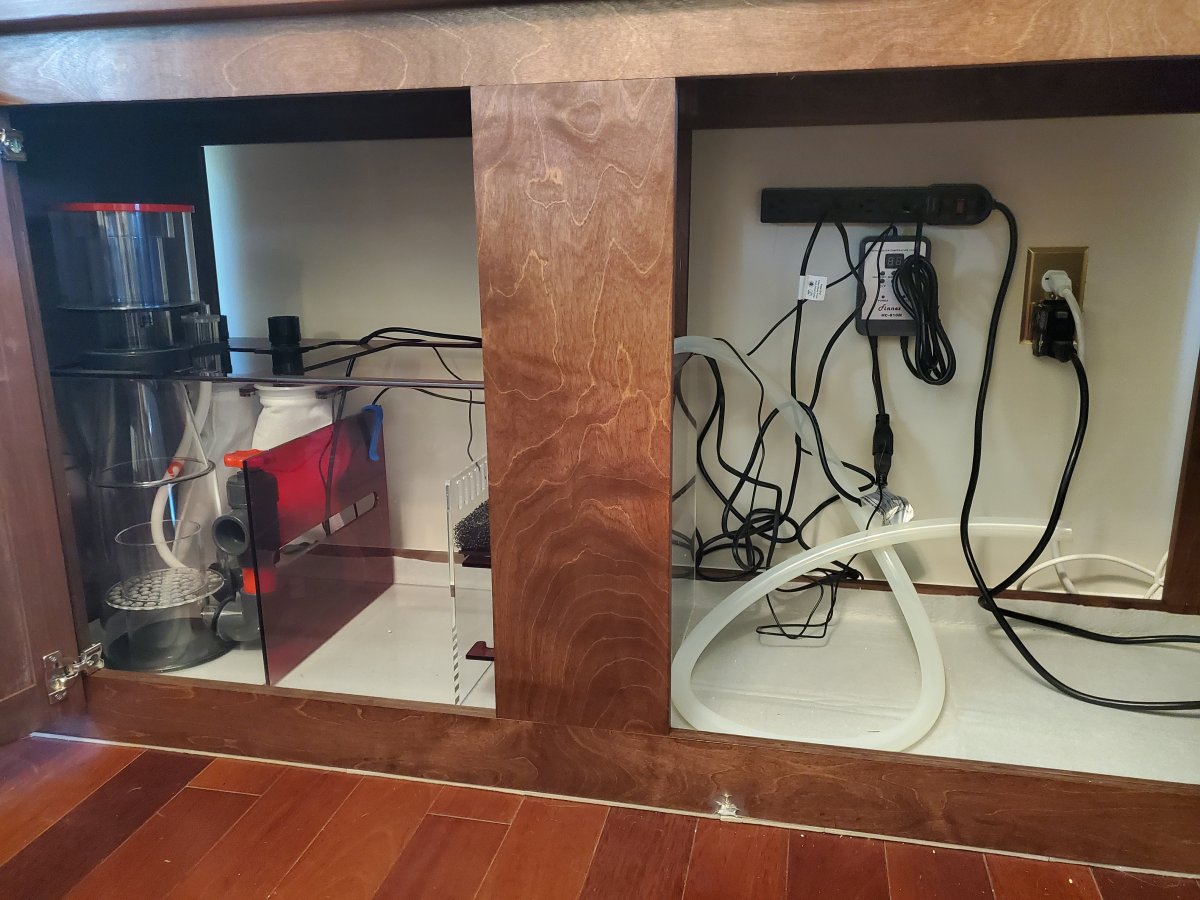 What do you think of my aquascape so far? Bit light on rocks but I'm hoping to fill things in with coral over time. Sand will cover the bottom level of PVC so about 3.5 in. 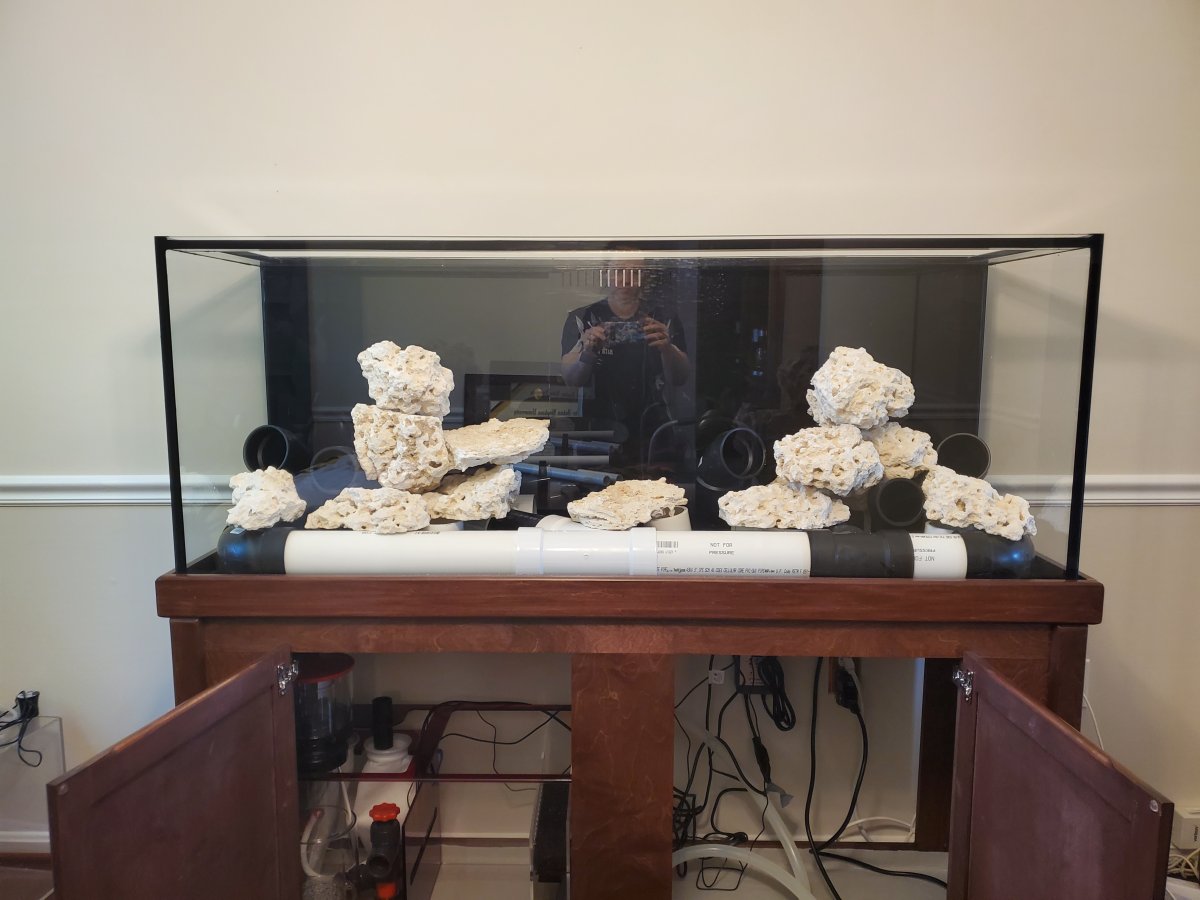 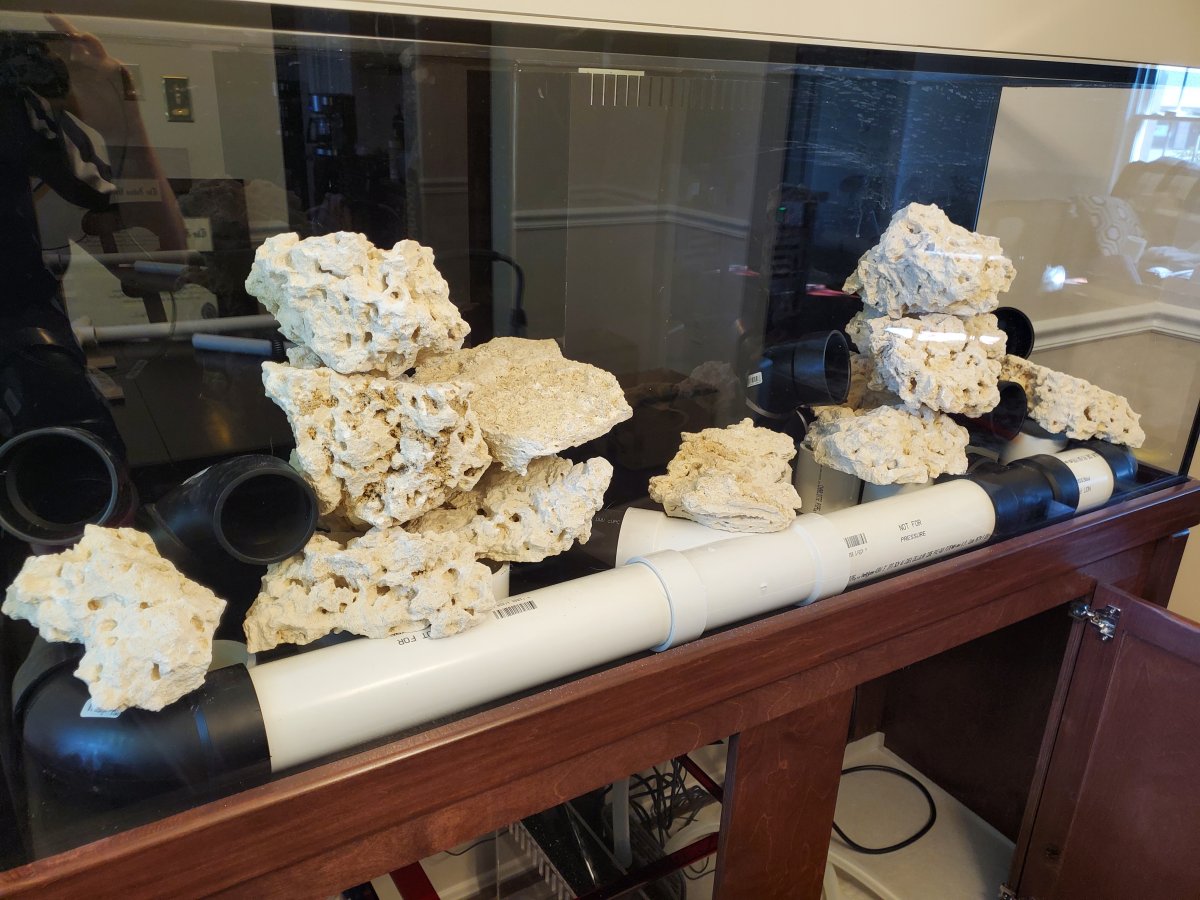 Planning on keeping things dry and deciding how I feel about tbe aquascape for a week or so while I'm doing the plumbing and setting up my RODI station.

I think you can definitely take the scape to the next level with some sort of adhesive.

What do you plan on keeping with the eel?
OP
F

count krunk said:
I think you can definitely take the scape to the next level with some sort of adhesive.

What do you plan on keeping with the eel?
Click to expand...

The eel won't happen for a long time, I'll be doing all captive bred so a yellow tang for sure, a goby or two, and maybe some others. Haven't really decided on specific fish yet.