Can't get Zoas to open to save my life. What am I doing wrong??

I have several varieties of zoas, if you would like images as proof just ask and I'll post.

I noticed in one of your images what appears to be cyno. In my experience cyno can create a coating almost invisible over zoas rather quickly. This irritates and causes them to close and stay closed. You can try basting them off regularly, but the cyno will have to be dealt with.

If it's not cyno, then disregard.

Here's my take. Zoas like "dirtier" water. Phosphates and nitrates are usually tied in lockstep. If you are bottoming out on one of them that usually means the other one is going crazy. So I suspect you have high phosphates even though they might be undetectable because they are being eaten up by such as GHA. Vibrant is a good product for GHA. Once GHA is killed, I suspect you will see what really is going on. I personally wouldn't start attacking the problem with the angle of nitrates, I would go after phosphates first. I would bet a shiny penny, that nitrates will start going up once the phosphates are dealt with.

I have had problems in the past, I figured it out that it's my nitrates and started adding nitrates directly. I did see great improvements, coral wise. But...my phosphates always start inching up when adding nitrates and they weren't being eaten up by cyano, dinos, or any other bothersome algae. That tells me that it was never a nitrates problem, it was always a phosphate problem. I would have to keep adding nitrates to keep them up, but once I tackled the phosphates problem, my nitrates stayed up on their own. Yes, every system is different, but if I were you I would consider the phosphate angle.


My tank is super stable, I've got everything automated.

I've got a hammer & a Kryptonite candy cane that have been going strong for over a year each. But my favorite corals are zoas & I've tried introducing... way too many frags over the years & *none* survive! Some will last longer than others, but they all eventually close up & die. I don't think it's the lack of Nitrates, as I spot feed my corals every other night. Plus, wouldn't a lack of Nitrates result in them trying to stay open to gather food? Sometimes, I'll have frags close up in as little as 2 days.

Here's some pictures of my latest frag. 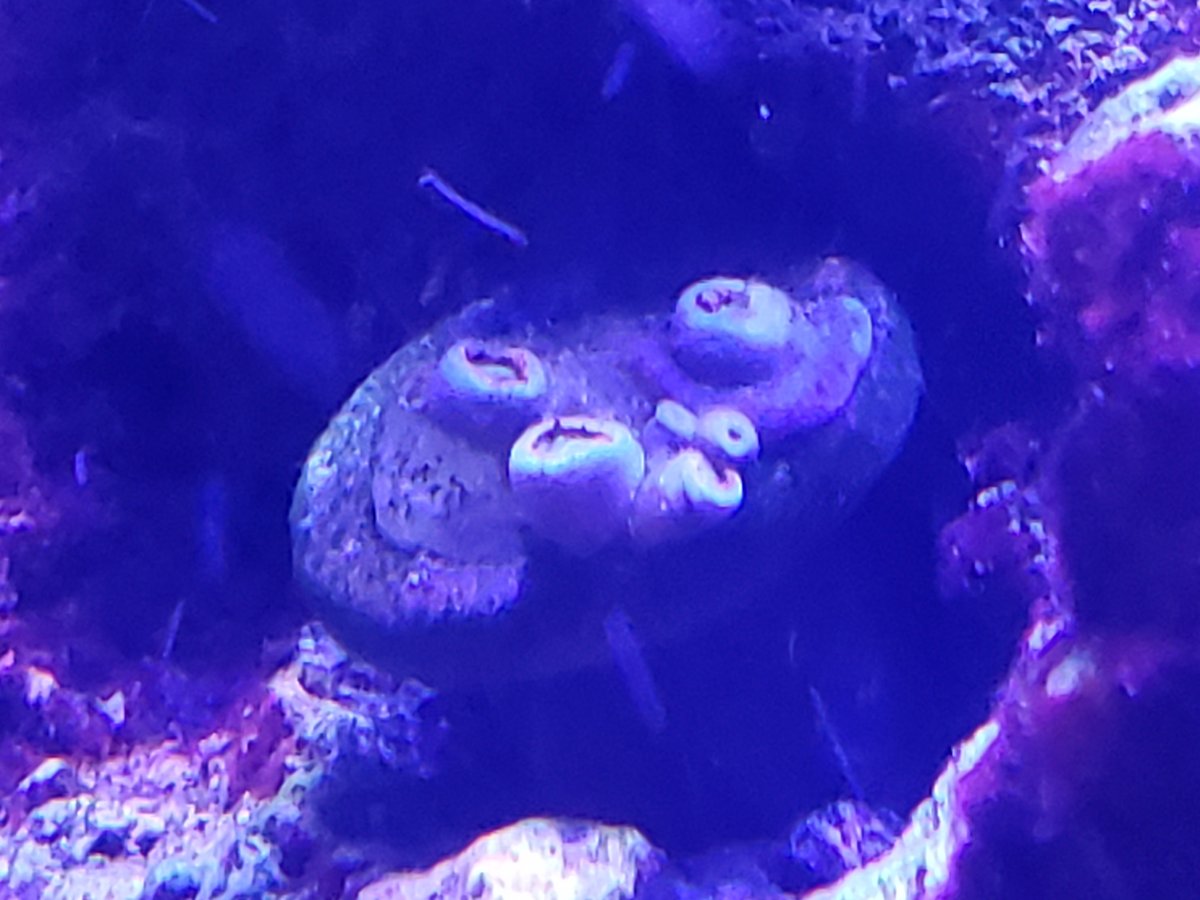 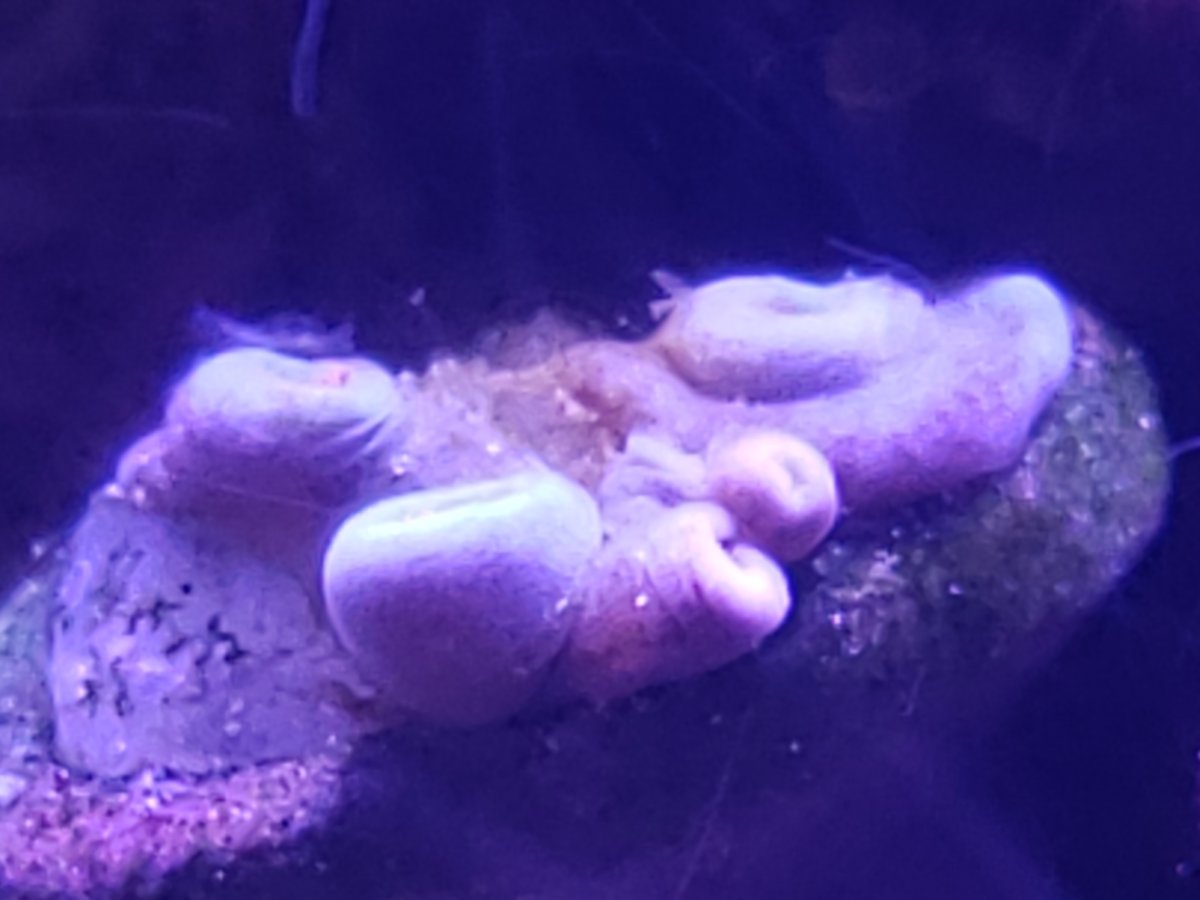 My current thought is that I have a mild GHA problem that could be irritating them? I don't see any growing anywhere near or on them though. I've got some pictures of the worst areas of my rockwork attached, most of the tank is nowhere near this bad though. 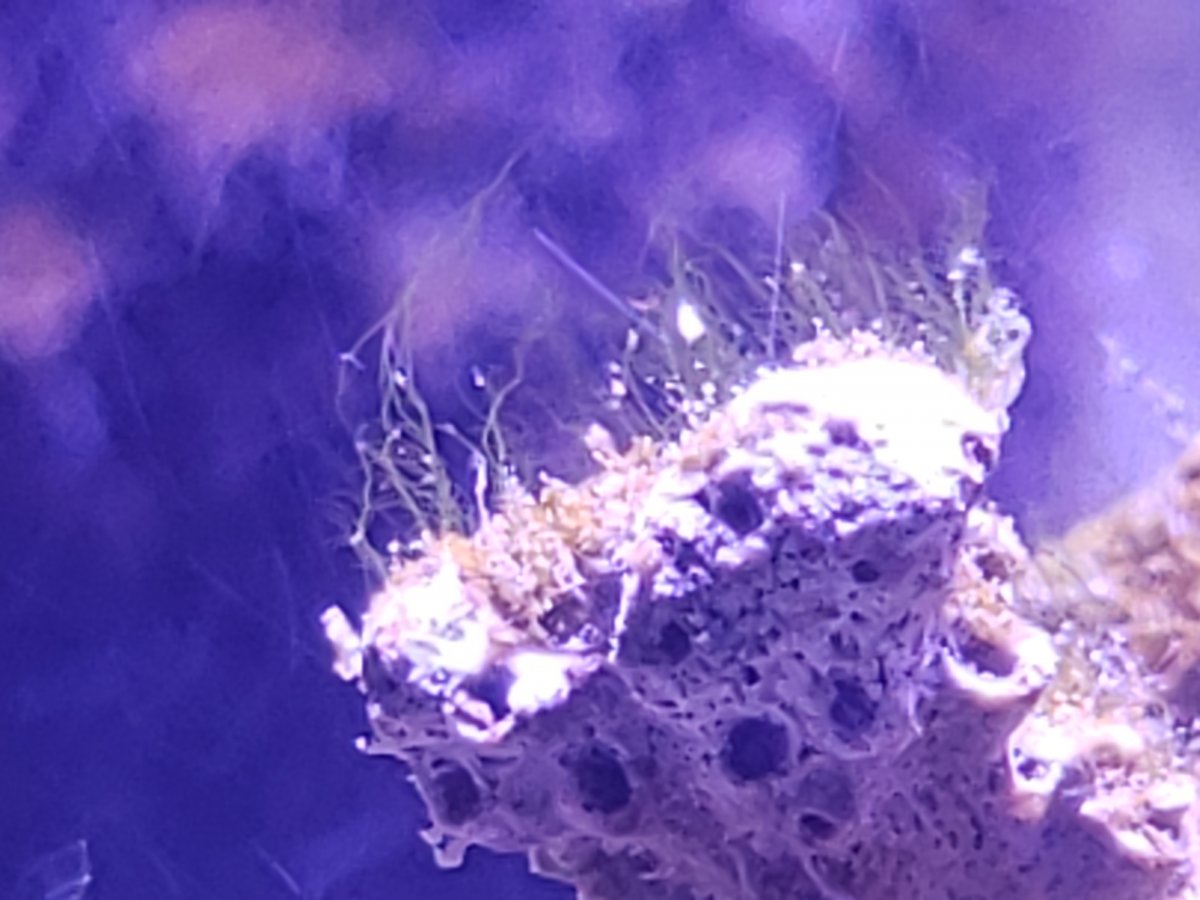 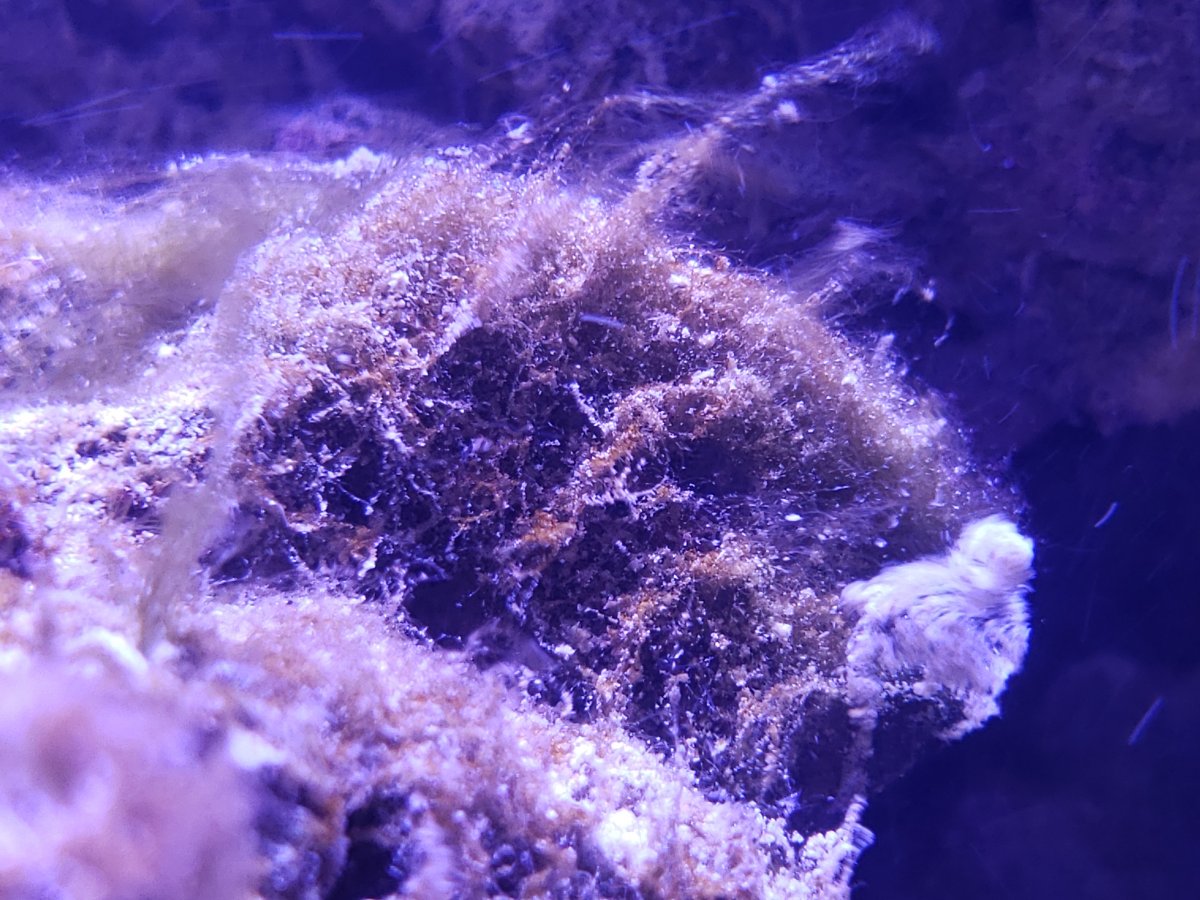 Iodine dips (2 on the most recent frag)
Hydrogen peroxide dips (1 on this frag)
Treating the GHA with Chemiclean- Worked for a bit, has started to come back.
More frequent, larger water changes (Tried changing 15 gallons a week in my 55 gallon tank for a few months)
Less frequent, smaller water changes (Tried changing 5 gallons a week for a few months)
Spot feeding them Mysis
Spot feeding them Reef Roids
Grounding probe

No luck. I've tried so many things with little results. I've tried starting frags at the sand bed, middle & top of my rock work, all to the same end result.

Any advice would be greatly appreciated.
Click to expand...

your parameters look just fine. Having an ultra low nutrients like you have might be the reason they’re not opening. I would keep my phosphates at around 0.03-0.05 and the nitrates between 5-10 try that and see if they respond.. good luck.

I would try some brightwell lugols iodine

My solution to algae like that.. are the pink pin cushion sea urchins. Trust me. They will eat algae down to clean rock... Had a 30g tank with hair algae like that.. i cleaned the long stuff up.. and within a month the rocks were all white.. no signs of algae.

Get multiple of them.

Solution for my 135g tank was 5 tangs. A foxface. 3 dwarf angels. Turbo snails a star fish and many sea urchins. Trust me.. You can add gfo chase numbers.. add chemicals all you want.. I prefer to keep my alk calcium stable.. have high nitrates.. dont bother checking phosphates.. and just eliminate algae naturally

I just saw a BRS video on tank pollutants and it made me think of you. 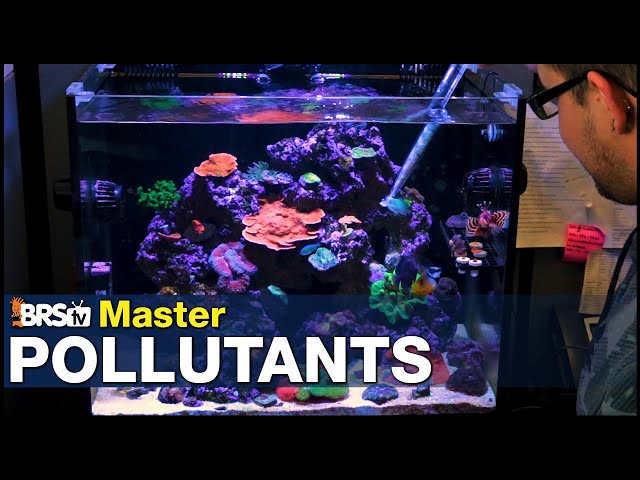 Mastering Reef Tank Pollutants: Are you poisoning your tank and killing your corals?

Pollutants in your reef tank may not be affecting coral health today but with long enough exposure they can produce some severely negative effects, up to and including killing your corals and fish. Ryan shares some general knowledge about the awareness and consideration of these possible...