Hi everyone,
I am new in the forum and I noticed there are tons of threads about this already.
I just wanted to report this article I red recently about the effect of continuous vs mainly blue light spectrum on coral growth (in the experiment they use Galaxea sp.).
Tim Wijgerde, Peter Henkemans, Ronald Osinga. Effects of irradiance and light spectrum on growth of the scleractinian coral Galaxea fascicularis — Applicability of LEP and LED lighting to coral aquaculture. Aquaculture, https://doi.org/10.1016/j.aquaculture.2012.03.025. 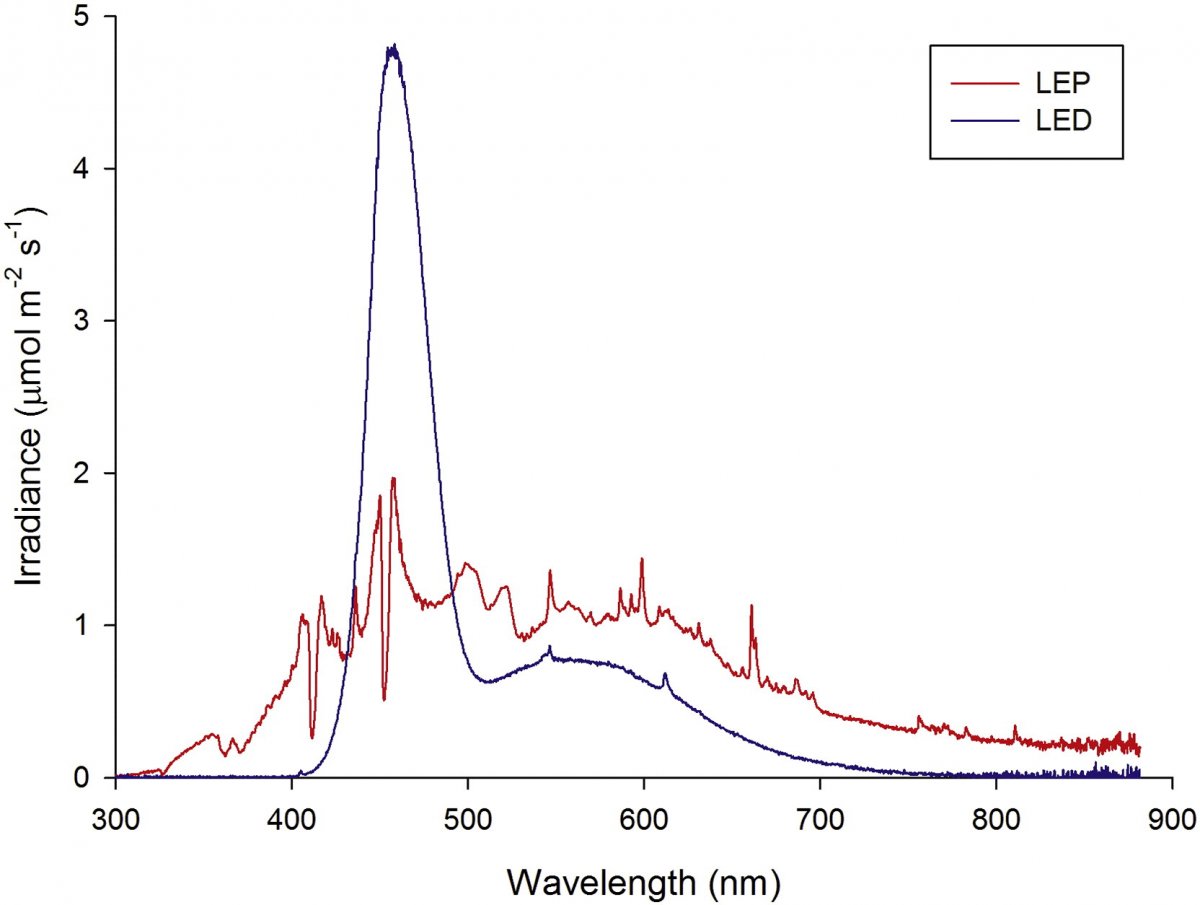 They compare a balanced (almost flat) spectrum (LEP) vs the usual blue-dominated spectrum used in the hobby (LED).
I suppose a similar effect given by LEP lighting can be obtained with full spectrum white led fixtures.

In the discussion of the article they state:
"This study did not reveal a significant main effect of light spectrum on specific growth rates of G. fascicularis, as overall growth rates of corals grown under LED light were not different from those cultured under LEP. This contradicts our first hypothesis that an unbalanced light spectrum with high blue emission (i.e. LED) is preferable to a balanced, continuous spectrum (i.e. LEP) in terms of coral growth. A significant interactive effect between irradiance and light spectrum was found, demonstrating that the effect of spectrum on coral growth was modulated by irradiance."

and also:
"The most probable cause of the absence of a main spectrum effect in this study, in this case absence of higher coral growth rates under blue LED lighting relative to LEP, is limiting water flow rate. Light has been shown to interact with water flow rate, as irradiance exerts a less pronounced effect on coral growth under low flow regimes (Osinga et al., 2011, Schutter et al., 2011). This may be due to the fact that low water flow results in accumulation of oxygen produced from photosynthesis within the coral tissue, leading to a subsequent increase in photorespiration and a corresponding decrease in photosynthetic efficiency (Mass et al., 2010)."

I am no expert in the field but I was wondering whether this might be the reason why species that thrive under low flow regimes are also less demanding in terms of light intensity (and apparently spectrum as well). For more demanding species it might be that flow is actually the limiting factor rather than light spectrum/intensity..
Also if you have species that prefers low flow it is actually detrimental to use very intense blue LED illumination.
I am very curious to hear the opinion of the community given that so many have years of experience in this hobby.

Interesting paper, thank you for posting the link. Keep in mind they only worked with one species and we should expect species and genotype variations as well as variations due to different simbionts. The links listed below show there can be significant differences between species and potentially genotypes as well in response to various factors. Also, faster growth may have it's own risks.

Improved coral cultivation will facilitate the reduction of wild harvesting, reef restoration, preservation of biodiversity, and the use of corals as model experimental organisms. In this study, we examine species-specific responses in growth and
www.academia.edu 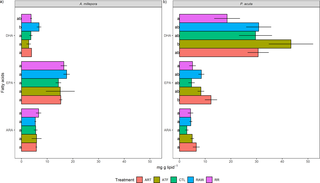 Developing an optimal heterotrophic feeding regime has the potential to improve the growth and overall health of captive corals. This study evaluated …

West sides of the coral Coelastrea aspera, which had achieved thermo-tolerance after previous experience of high solar irradiance in the field, were rotated through 180o on a reef flat in Phuket, Thailand (7o50´N, 98o25.5´E), in 2000 in a
www.academia.edu

Thanks for the links, very interesting, I am gonna dive in it this evening! Obviously at every level (functional groups/species/populations/individuals) I think we can expect that there will be variation in the response to light, food, flow etc.
Also I guess that the conditions that corals find during early life stages could influence a lot what will be their optimum. Maybe epigenetics play a role as well in this.. But I guess that when you "average" individual preferences all over your mixed reef tank, choosing between a light fixture dominated by daylight leds and a "special" blue led, makes the difference in terms of money spent in illumination (irradiation of blue vs white leds) and the led itself.

Well-controlled quantitative studies on growth of corals under MH vs LED?
2