Dinos are back and tank is cloudy

I had a battle with dinos about 2-3 weeks back which I thought I had done well with. I had a nice looking tank for about a week after I did a manual cleanup, lights out for 3 days, no water changes, stopped scrapping algae, and dosed hydrogen peroxide.

It appears they have returned...or at least something like it has returned because it looks different than what I had before which was much longer strands.

i was planning on doing lights out for 3 days and using dr Tim’s refresh followed by waste away. I found this idea on BRS, but after the first treatment of refresh my tank got cloudy so I turned the skimmer back on and stopped treatment.

anyone have any idea where I should go from here? BRS has a 9 day regimen planned using these two product but it said if your tank gets cloudy stop immediately and turn everything back on.

Here are some photos of what I’m dealing with...the tank looks really dirty because I stopped scraping algae again but I’m concerned over how cloudy the water is. 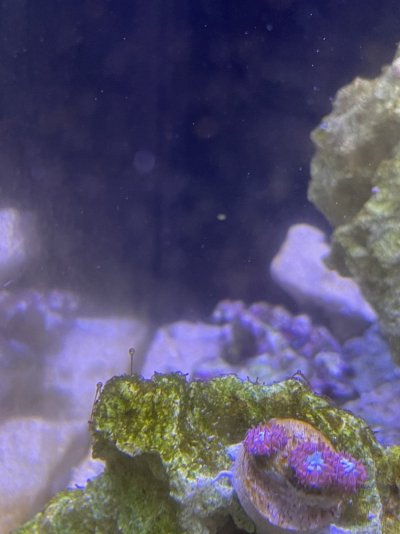 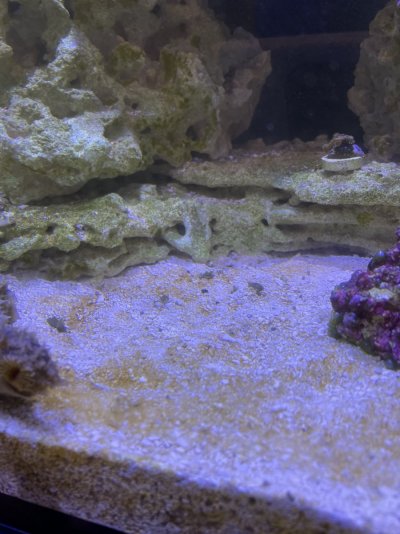 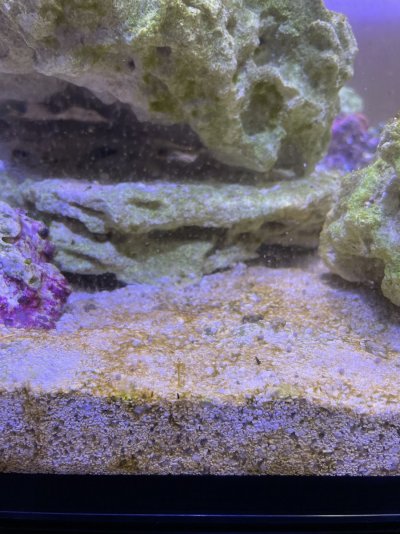 Is it mainly on the sand bed?
OP
A

Yes at this point I only see it in the sand with the exception of the rock I took a picture of. Last stuff was trying to cover my corals...this hasn’t really touched them yet

I'm in the same boat so I'm following

Me too, except my tank looks way worse. Almost all of my sand is brown and rocks are covered too. It's disgusting to look at and extremely depressing. Fish are fine but all coral is dead or dying.

Cut waaaaay back on nutrients/ dosing

Cut waaaaay back on nutrients/ dosing
Click to expand...

Dino’s usually bloom in low nutrient environment due to no competition , I would ID the algae under microscope to confirm next steps
G

Feed less I would say!

My phosphate is 0.07 Hanna ULR and nitrate is 3. Only dosing BRS soda ash, calcium chloride and magnesium. I just sent water samples out for testing to AquaBiomics.

I did a 4 day hydrogen peroxide regiment and started dosing Nitrate. My phosphate was .5 so I added a little gfo. So far they haven't come back.
Nitrate is about 5-7 and phosphate is .25, still high but sliding down

I did a 4 day hydrogen peroxide regiment and started dosing Nitrate. My phosphate was .5 so I added a little gfo. So far they haven't come back.
Nitrate is about 5-7 and phosphate is .25, still high but sliding

EMERGENCY Cyano/Dinos or Both, and Help!