Getting started in reefing - What's the best sized aquarium for a beginner?

40-50 is a good size. It has enough room for fish you can’t get for a nano but it can run on stuff built for a nano. Less expensive in my mind...

I just took a 60 cube down (bought a bigger tank and moved contents of 60 into it). I loved that tank. Perfect size and very pretty.

Not the usual reply. I’ve had my 10 Gallon Nuvo for the past three years. The whole shebang cost me a couple hundred to set up. I have a couple hundred in livestock having always been an eye for cheap frags. During this time I’ve been able to learn and experiment. Gone bare bottom to sand and back to bare bottom again. It costs less than 20 a month to maintain. I’d like to move up to a 40 breeder in the next year and by then I’ll be ready

93 gallon cube with decent sump would be best IMHO. Enough water to slow down mistakes. Small enough to not kill a reasonable budget. Room enough to play with aquascape. Large enough that once u get it firgured out can springboard ya into a successful 200 gal + tank no problem!!!!

When I got back into the hobby I got a 20gal AIO Nuvo. I have to say to this day it was the easiest tank I've had. Weekly 5gal water change pretty much covered everything that I needed to do and corals were growing into the glass. I found out quickly that I didn't need a skimmer or a bunch of equipment. I packed a chamber with chaeto and a pond light and made sure to change that 5gal a week. 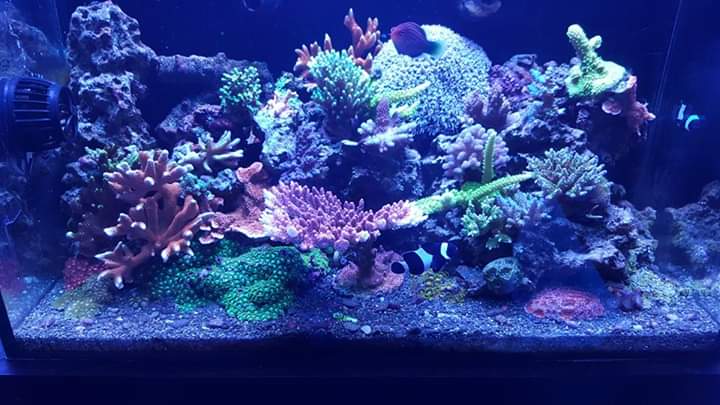 We just got our 45 gallon tank about 6 weeks ago. We’re newbies. We love our tank but do wish it was a little larger. We’re going to be patient and learn the hobbie before upgrading. It’s a narrow tank and didn’t realize a sump wouldn’t fit (or that we even needed a sump/what a sump was) or that we would have to get an external protein skimmer. These are all things that we have to learn. It’s all good though because we love it!

We just got our 45 gallon tank about 6 weeks ago. We’re newbies. We love our tank but do wish it was a little larger. We’re going to be patient and learn the hobbie before upgrading. It’s a narrow tank and didn’t realize a sump wouldn’t fit (or that we even needed a sump/what a sump was) or that we would have to get an external protein skimmer. These are all things that we have to learn. It’s all good though because we love it!
L

I think it's a little more complicated than just if you're new. For example, i'm single in my 20's living in an apartment. It was already a pain-in-the-you-know-what moving a 25gal AIO to my current apartment- i can't imagine what it would be like moving a sump, with skimmer, all that extra rock, water and weight.

Not only that, but being new, imagine investing in big pumps, heaters, crazy-expensive lights, water mixing station and finding out you actually don't really like it.

I would say, if you're new, are you married and settled down in your own house? Go for that typical 40g with sump. If still young and living in apartments or at home with parents, go with a small AIO and dip your feet in.
Z

I voted 75-125, but specifically the 75. This provides for all of the tank size andawater capacity and maintenance and comes at a unique price point:
- buy a 75 g at the Petco $1/gallon sale. The 75 gallons are half off in the fine print (do not drill, these are tempered now)
- buy a simple hob filter to run media if desired
- hob skimmer
- heater
- a couple powerheads
- a 48 inch light

That's a good starter tank to me. No plumbing, no drilling, on overflow risks, and enough capacity to support stability to learn about parameters and support a stock that will keep a beginner happy (a huge drawback of smaller systems) into intermediate expertise. I still have one of these in my fish room, and it's one of the easiest tanks I own.

If the person is comfortable with plumbing or really wants to hide their equipment, 40b is also a good choice.

Depends. Budget is probably #1 either what you can afford, or what you are willing to invest if you are not sure how serious you are. Everyone who starts a reef tank doesn't become a lifelong reefer. How much space you have. Not everyone wants to spend all day everyday in their unfinished basement. A high traffic area is probably the best spot for your first tank and when you become obsessed you can flood your basement ect. Finally do you care about fish or not? If you care about any medium or large sized fish I would say a 120 gallon that is 4x2x2 is the perfect size to start with. You can basically start it with nearly identical equipment as a 75, but it has 45 more gallons and you can add more powerheads / lighting when you fill in the tank. If you don't care about fish and just want a few random small ones then smaller is fine. The problem with starting small is you set everything up then realize you want to have fish that are too big.

I would recommend a nano all in one aquarium, this is perfect because the setup alone is cheaper than the lights you will end up buying building your own custom aquarium. spending less than 400$ on a tank that is coral ready is a lot more attractive to a new hobbyist than spending 1000$+ you avoid the upsell pitches from your LFS that can potentially be overkill and drain your pockets before even getting your live rock. I ran into this dilemma myself. I went in saying I would like to set up an reef tank 60 gallon cube, the total was $1,400 I refused and shopped on local forums and bought a evo 13.5 gallon. much cheaper. baby steps.

I think this might be the wrong question to ask. Or at least, an insufficient question to ask. Perhaps at least as important as the tank size is the degree of beginner and their personality.

The "degree of beginner" aspect will sharply influence the need for the stability of a larger tank. When I set up my first reef, it was a 15 gallon high in 1990. But I had decades of experience keeping all sorts of freshwater fish, including some quite delicate species. I was already acquainted with the nitrogen cycle, the need for oxygenation (flow), the need for specific gravity stability, temperature, etc... And I have an analytical nature. That allowed that 15 gallon tank to succeed beyond all expectations, despite its small size and the rather crappy equipment choices back then (the "Skilter" was the only choice for a tank like that!).

However, I would very much not recommend such a small tank to someone that's never kept fish before, much less saltwater. There's a great deal to learn, and as other posters have pointed out, volume=stability in this game.

As to the personality question, I think that very much influences the ideal tank volume choice. Someone that is fastidious, highly interested in details and consumes the available information like a dog with a bowl of chopped steak in front if it will likely do quite well with a nano tank. Someone that has only a little interest in the details and just "wants instructions" is likely to do a lot better with a 75b - 90g tank, where their mistakes will have considerably less of an impact. Another aspect of the personality question is their penchant for frugality - note that's not the same thing as their disposable income. Someone that feels the pain acutely of purchasing a $300 pump or an $800 light will likely be very reluctant to spend the money that it takes for a lot of the test equipment and ancillary equipment that is critical to successful reefkeeping - one of the biggest examples of this would be a RODI system. Equally problematic might be someone that has quite the opposite mentality and simply pulls out the credit card without really researching why they want or need something, and then is really frustrated when that item is neither easy to operate, nor fixes the perceived problem.

The best tank for a beginner is one that does not require more time and money than the beginner can devote to it. I think the hobby is more about learning good husbandry practices than the size of the tank.

My advice: go as big as you can for your first saltwater tank. 75 to 120 gallons being ideal. More water volume equals more stability.
J

I really like 40-75 gallons, depending on budget. My preference would be the 65 or 75. They're small enough to manage, but big enough that bad things don't happen instantly. And bad things will happen when you're new.

But, to be honest, cubes can be daunting to light, scape and get the right flow. I am still adjusting the flow in my 93 after nearly 6 months of it being up.

I have to say a 75 is about the best size. (room permitting ) . Not so small you will want a bigger tank . Big enough for decent amount of livestock. The amount of water is forgiving until Ya get the hang of things & not big enough to need bigger $$ for equipment .

My opinion will ruffle some feathers but here goes:

For those who don't mind the additional equipment and plumbing, time required to clean glass, etc. required for a 75 gallon then I recommend a 75 gallon or 120 gallon with a sump. These tanks are generally easy to find used at your LFS and IMHO that is where they make the most sense.

Now here is the part that will ruffle feathers but I NEVER RECOMMEND CUBES UNLESS the person only has a limited amount of space. Why? Cubes are poorly suited to maximize swimming space for fish (ie horizontal swimming room). In any recommendation I make I encourage people to go with dimensions that maximize length.

I also disagree with the "Bigger the Better" because tanks in the 125 gallon plus range really start piling on the maintenance and equipment requirements. I think the mid size range tanks are the best balance for beginners in terms of cost, learning curve on equipment and plumbing a setup, particularly when someone doesn't know for sure if they can have a long term commitment to the hobby.
Last edited: May 14, 2019

Fiesty said:
93 gallon cube with decent sump would be best IMHO. Enough water to slow down mistakes. Small enough to not kill a reasonable budget. Room enough to play with aquascape. Large enough that once u get it firgured out can springboard ya into a successful 200 gal + tank no problem!!!!

My Contribution is, no AIO. How do you learn to do anything wi5 one of those darn contraptions. How much can you learn throwing in 2 parts water, 1 part salt, 3 fish and hit the switch?? Just kidding, but really I think without a basic fundamental background in various equipment and styles the new keeper is limited by their tank.


KrisReef said:
swer to this question also depends on the size of the beginner? I could not recommend a deep tank to a short person who does not scuba dive or at least like to snorkel
Click to expand... 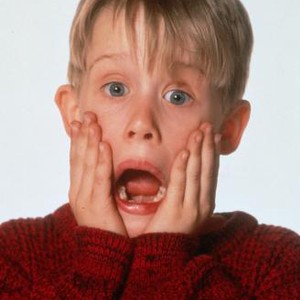