How to clean up massive precipitation?

So I overdosed kalkwasser and came home to a tank with thick milky clouds and white goo on everything in the tank and sump. pH read 8.9 but quickly came down to 8.2. I did a 10% water change (I was planning to do one anyway) and have another 10% mixed and ready. Everything looks alive but there is a massive amount of precipitate all over everything. It looks like a winter wonderland. Obviously the Ca and Alk levels crashed, probably even lower than I measured b/c of solids suspended in the water.

What do I need to do here?
How do I clean up this mess and get my tank back to normal? 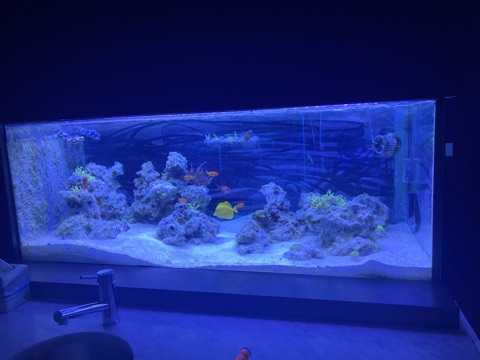 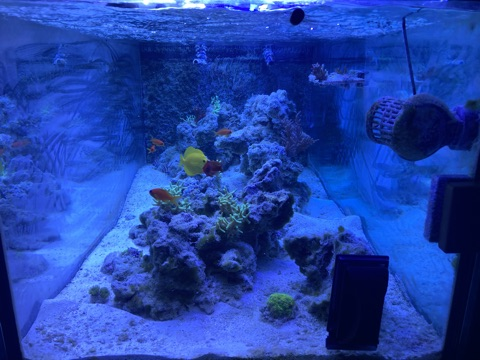 I guess I should ask specifically, what is the best way to get Ca and Alk back up? Should I just go back to kalkwasser, but more slowly (and don't accidentally leave it going)? Or use BRS two-part?
B

Last time I over dosed kalk a few years ago and turned my tank into a snow globe calcium was chronically low but alk wasn't.

I would dose two part to equal things out. Your pH is likely to be elevated for awhile.
OP

After a very brief spike (like hours or even minutes) the pH came down. Ca and Alk were already low but really bottomed out. I didn't have two-part on hand so I'm tempted to go back to kalk, but it feels like drinking tequila to cure a hangover.
B

If your pH is elevated then you can add some vinegar to kalk to lower the pH.

The white precip will mostly disolve on its own. Its just calcium carbonate.

Calcium carbonate is unlikely to significantly dissolve in a reef tank environment unless the pH was abnormally low (low as in <7.5) and the calcium and alkalinity levels of the tank water are also quite low compared to what is usually targeted in a stony corals tank.

However, once those crystals are present, the kinetics of re-dissolution are so slow that effectively, it's insoluble. My recommendation would be to put a reef sock in the sump, then use a siphon to manually remove the excess precipitate by sucking it up (with the water returned to the system through the reef sock).

B
How Fast Should I Lower Alkalinity?

How to tell if my alkalinity dosing is Precipitating

Precipitation and I don’t understand why. Bout to karate kick my tank.