The deal with my wife after relocating was I could have a single fish tank, so I am setting up a waterbox 7225 in what is my office now. I work from home now so I will be able to pivot and watch it throughout the day. It is off to a bit of a slow start, the tank weighs 467lbs by itself so I have to hire help to get it moved and that is 3 weeks out at the moment. So for a start I thought I would start with the stand and sump being assembled. The 65 gallon holding tank will be used for auto water changing about 2 gallons a day and the 35 gallon will be a gravity ato(will swap tank locations) if I can find a trustworthy clamp on float valve. I plan to put up a screen to hide the water tanks once it is all up and running. 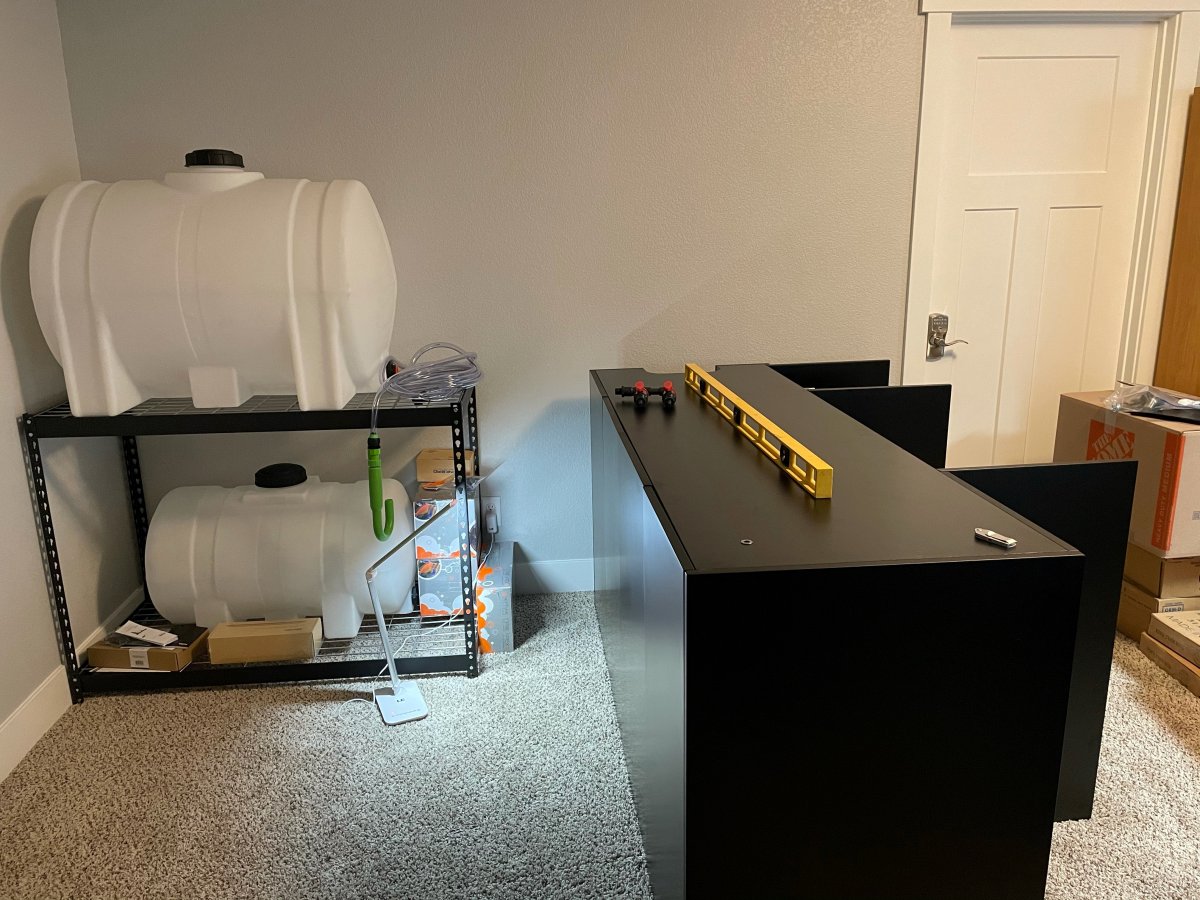 I want to keep some mandarin's so I will run a refugium thought I don't like how pods would have to make it through the skimmer chamber to get to the pump so I will use a pod hotel to move some to the tank every couple of weeks. I am going to also try culture some in a bucket to also keep adding to the main tank. 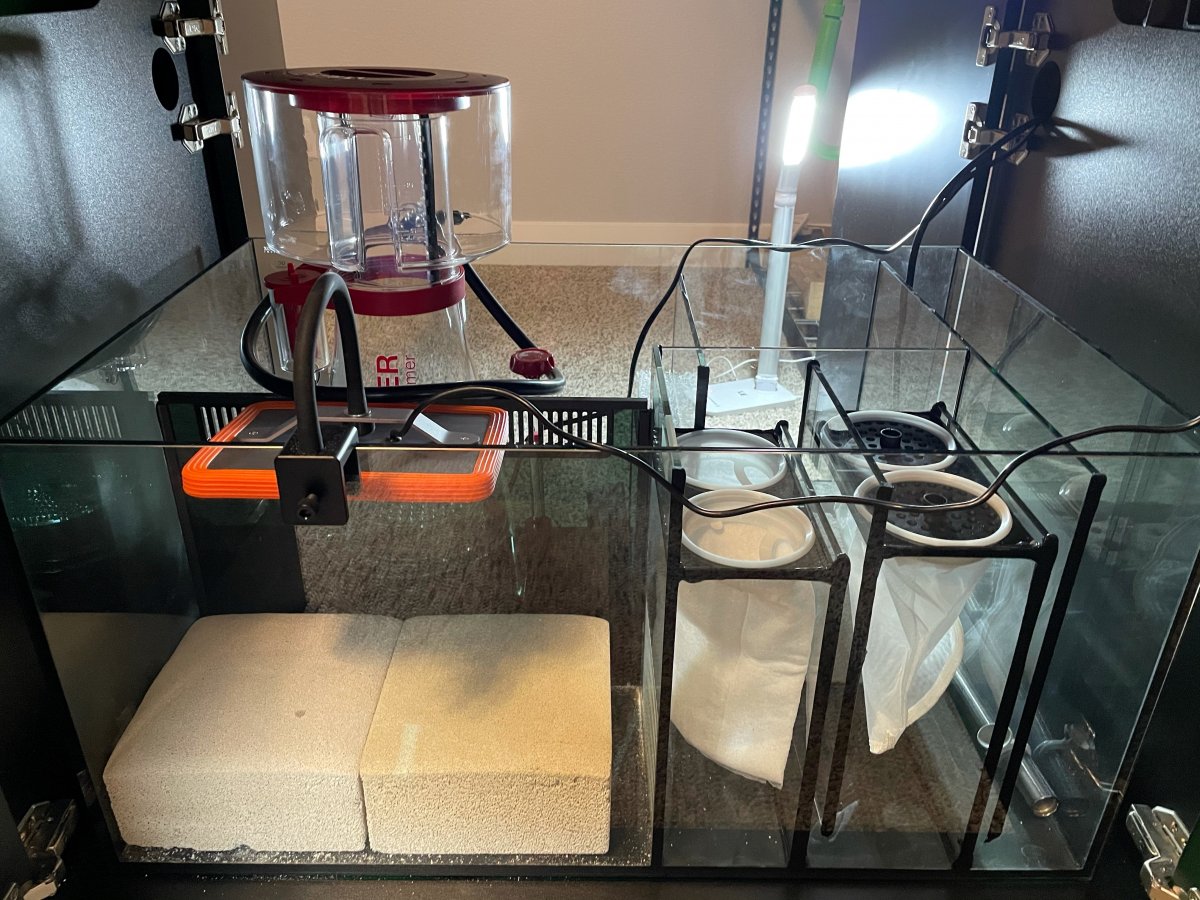 Thanks for looking and I will update once the tank is in place. If anyone has suggestions for a reliable clamp on float valve, please let me know. I did buy a aquarium experts ultimate ato and could try use the 1/4 solenoid valve it came with instead of a float so I might go with that since I have it.

It looks like you are off to a good start! Congratulations on the new tank and good luck with this adventure!

Build Thread Bed/Fish/Office All In One Room Tanks :)